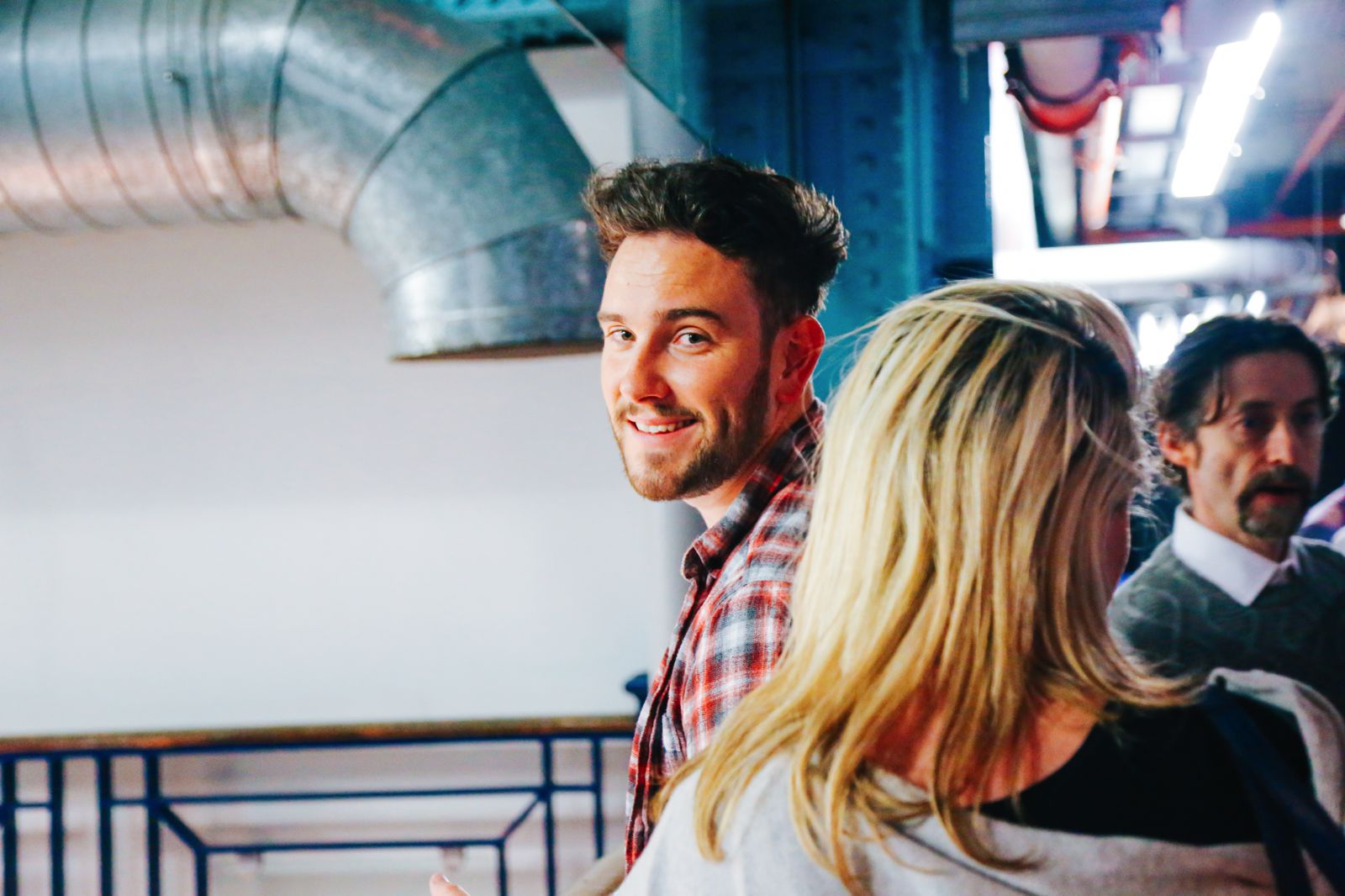 …and the main reason we were in Ireland after all!

After a few whiskeys, we merrily made our way through Dublin’s streets back to where we’d been earlier in the day… except it looked very different from a few hours ago. The Guinness storehouse was celebrating its 15th birthday – excitement was in the air and an evening of revelry was about to commence! 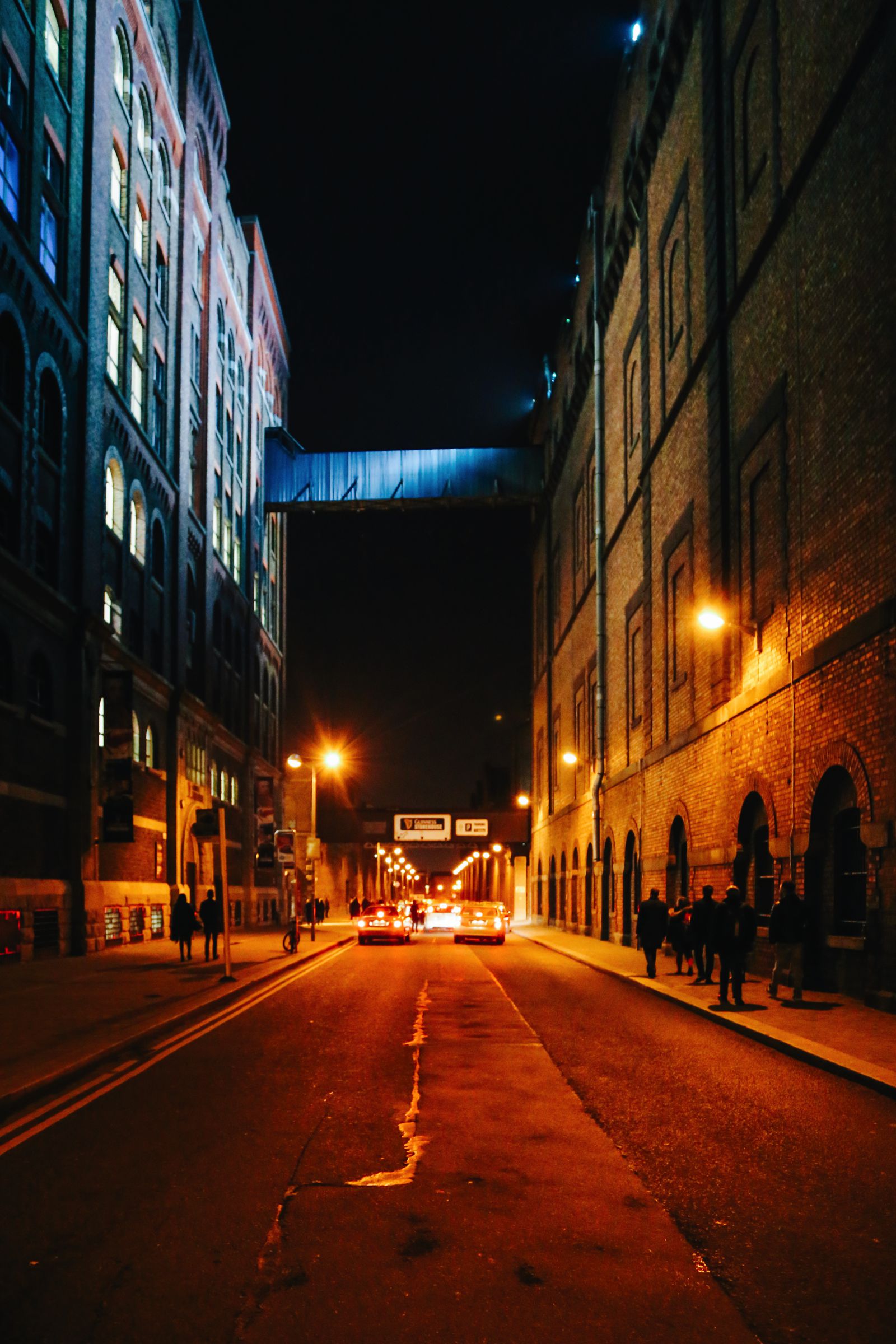 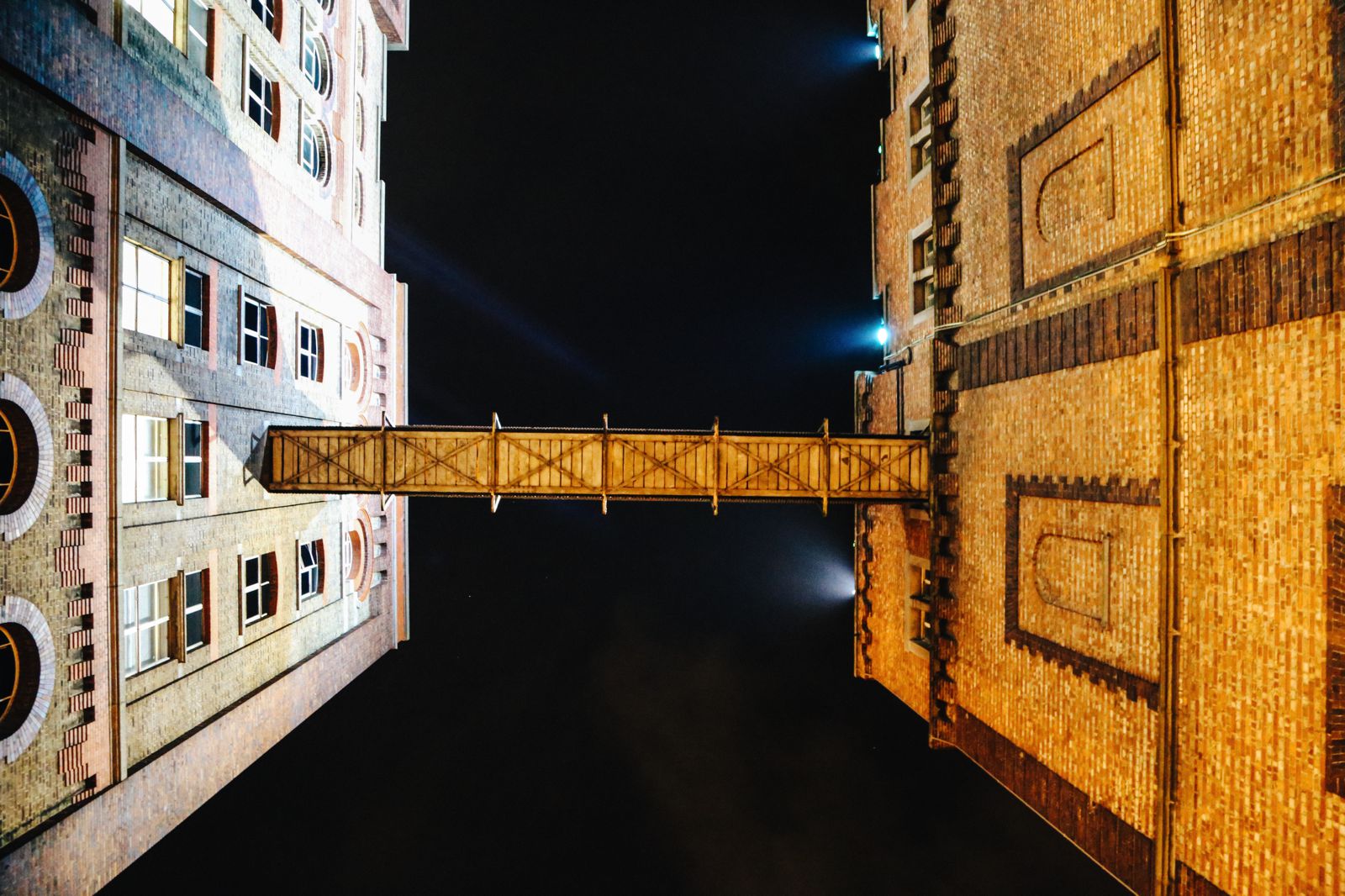 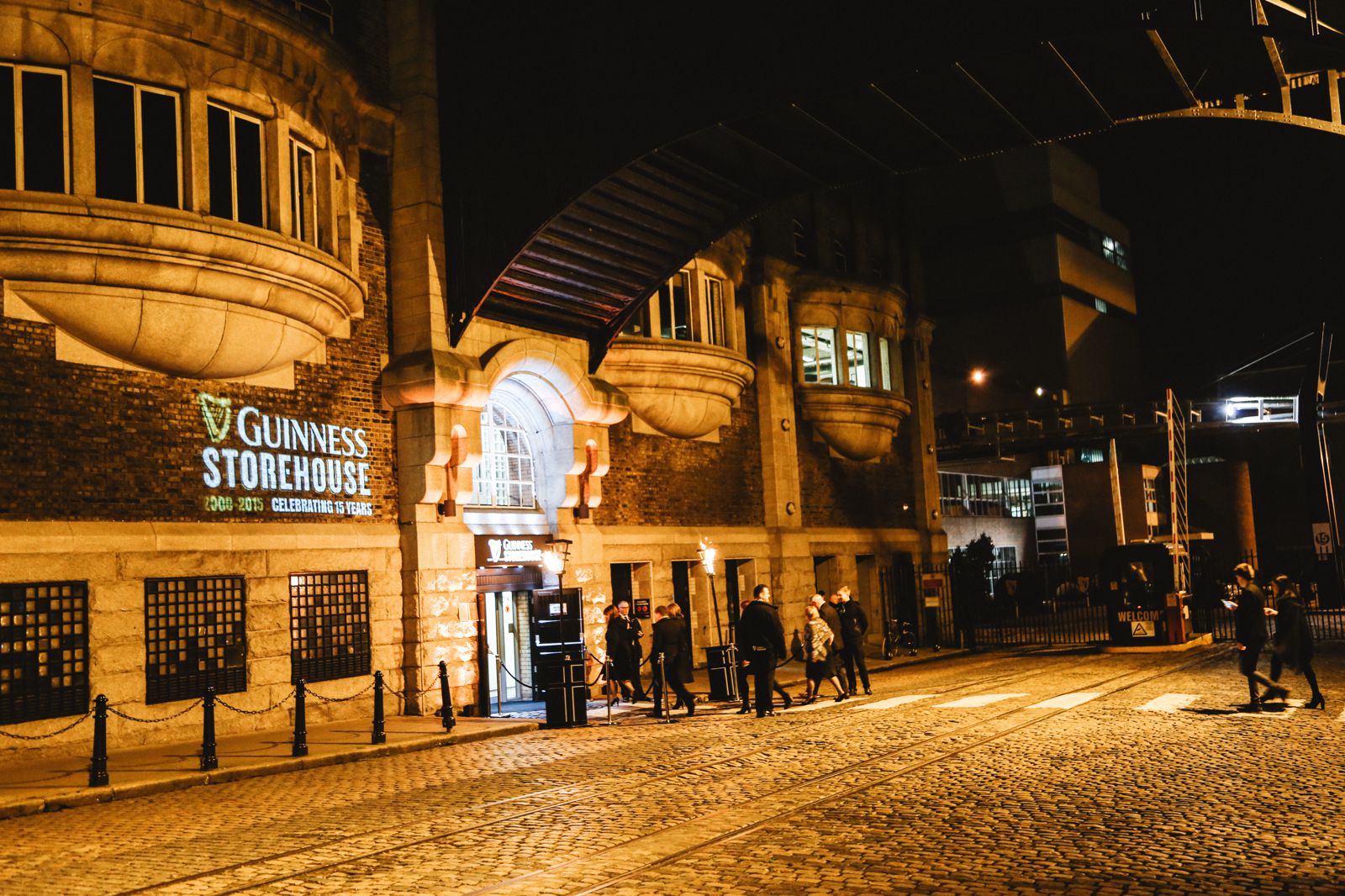 We shuffled into the storehouse – glad to be out of the freezing cold weather and made a bee-line straight away for the many drinks on offer here. 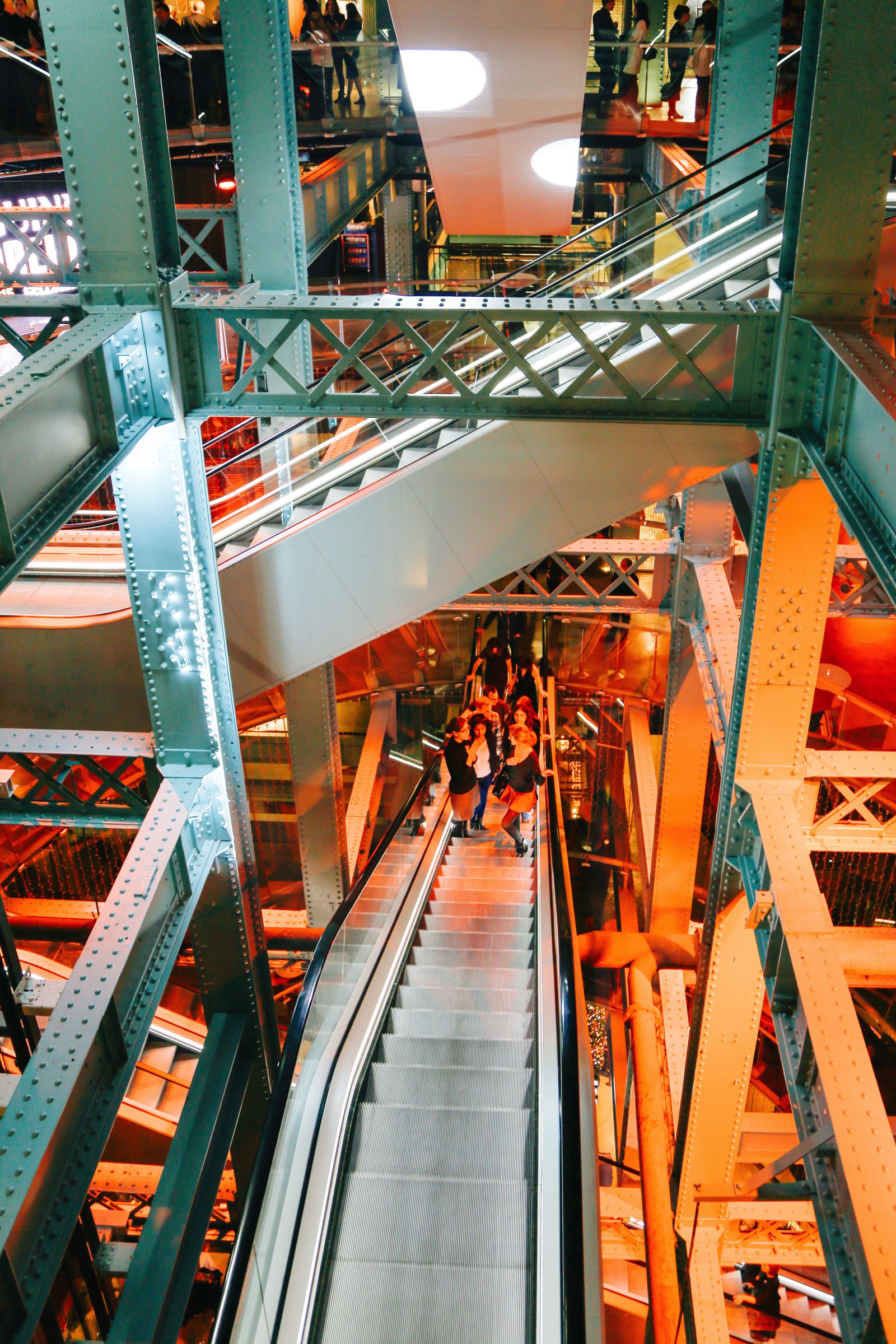 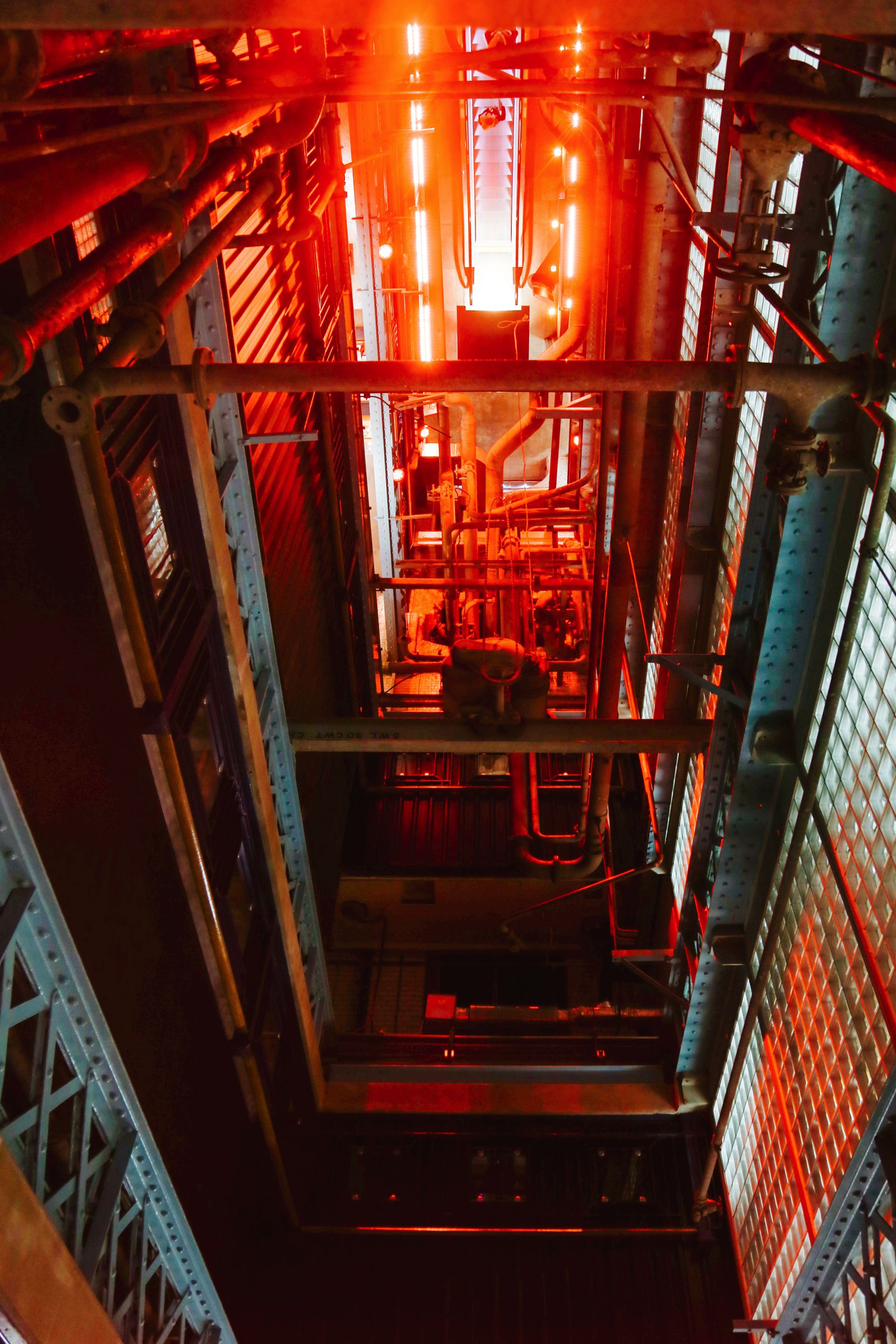 Common sense usually tell you not to mix your drinks but I didn’t to Ireland to be sensible – I came to party and so, with that mindset, we all proceeded to say “Yes” to pretty much everything we were offered. 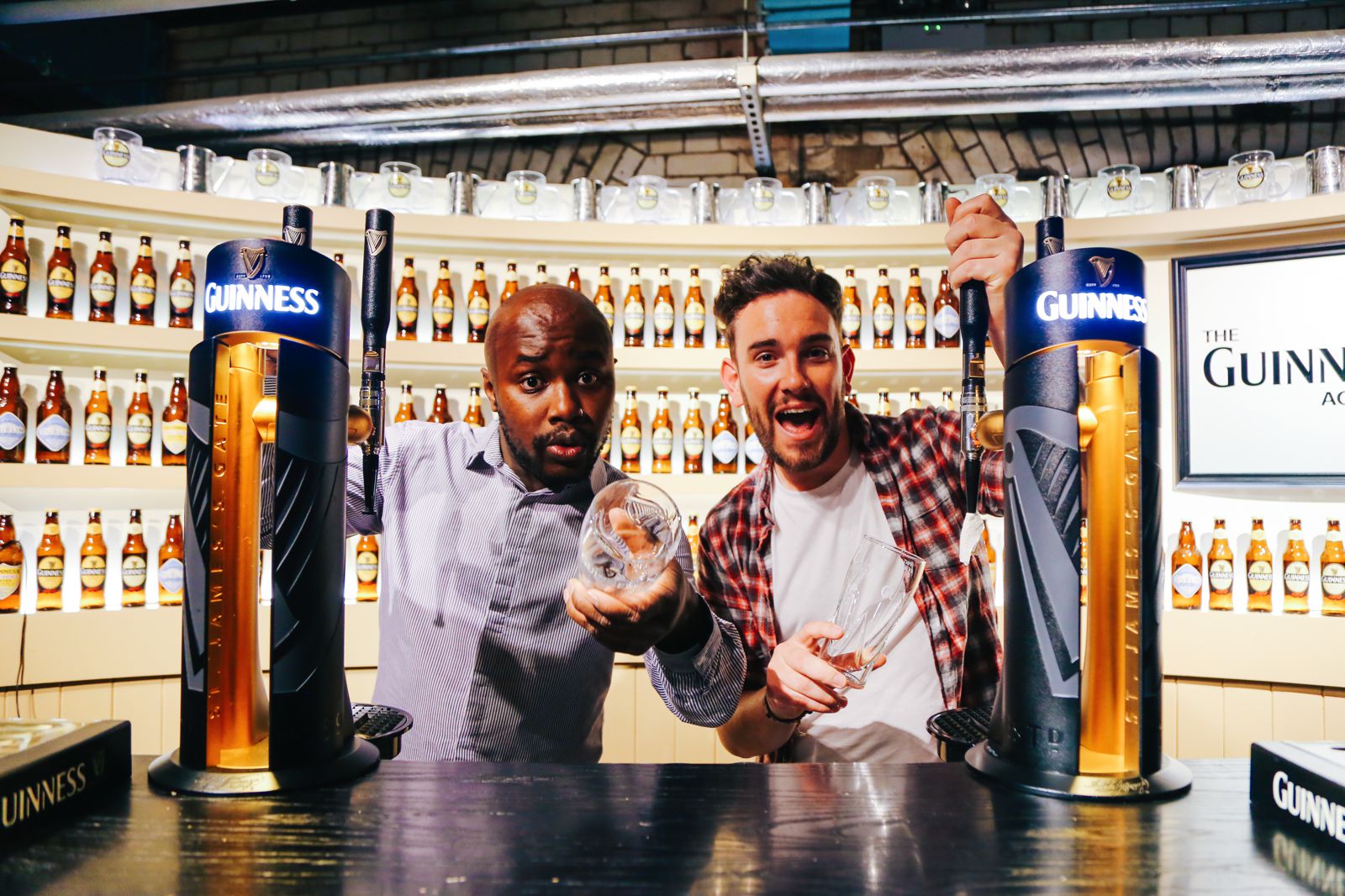 Part way through fending off attentive waiters (or chasing after them – I can’t remember which), there was a loud sound and the cheer of excitement at which point Lloyd and I ran excitedly towards the action which turned out to be a whole cornucopia of acrobats, dancers, drummers and suspended performers. 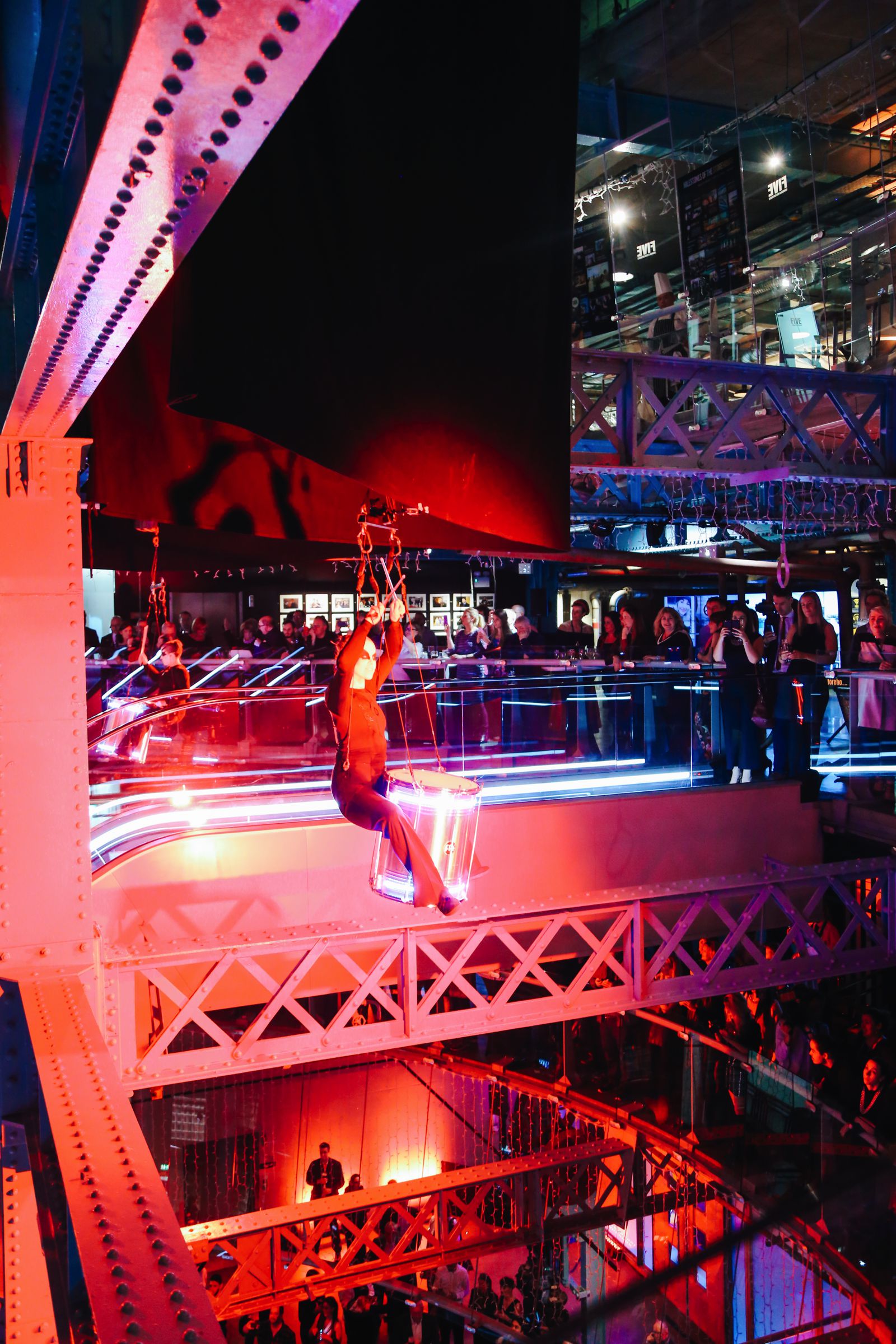 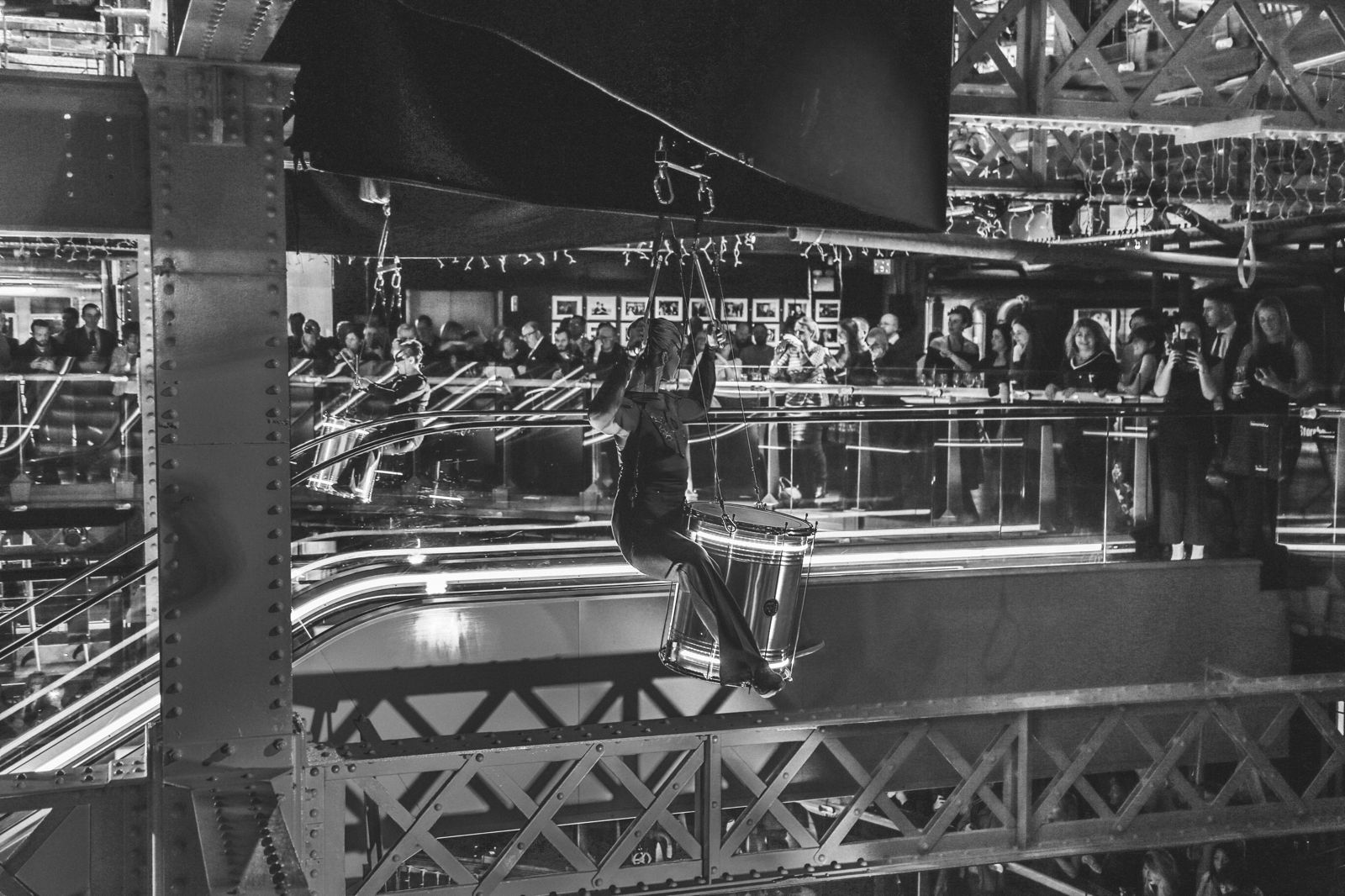 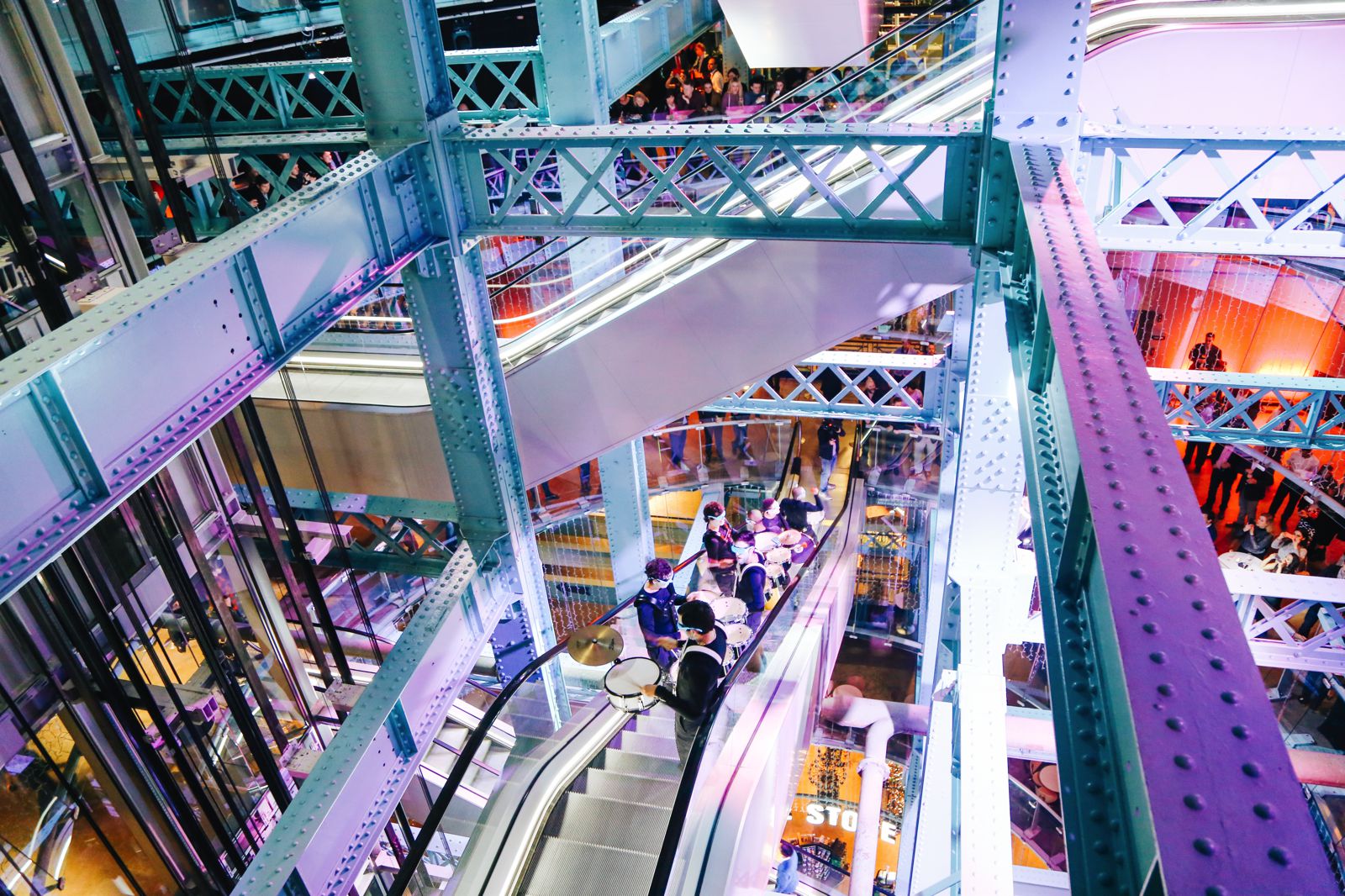 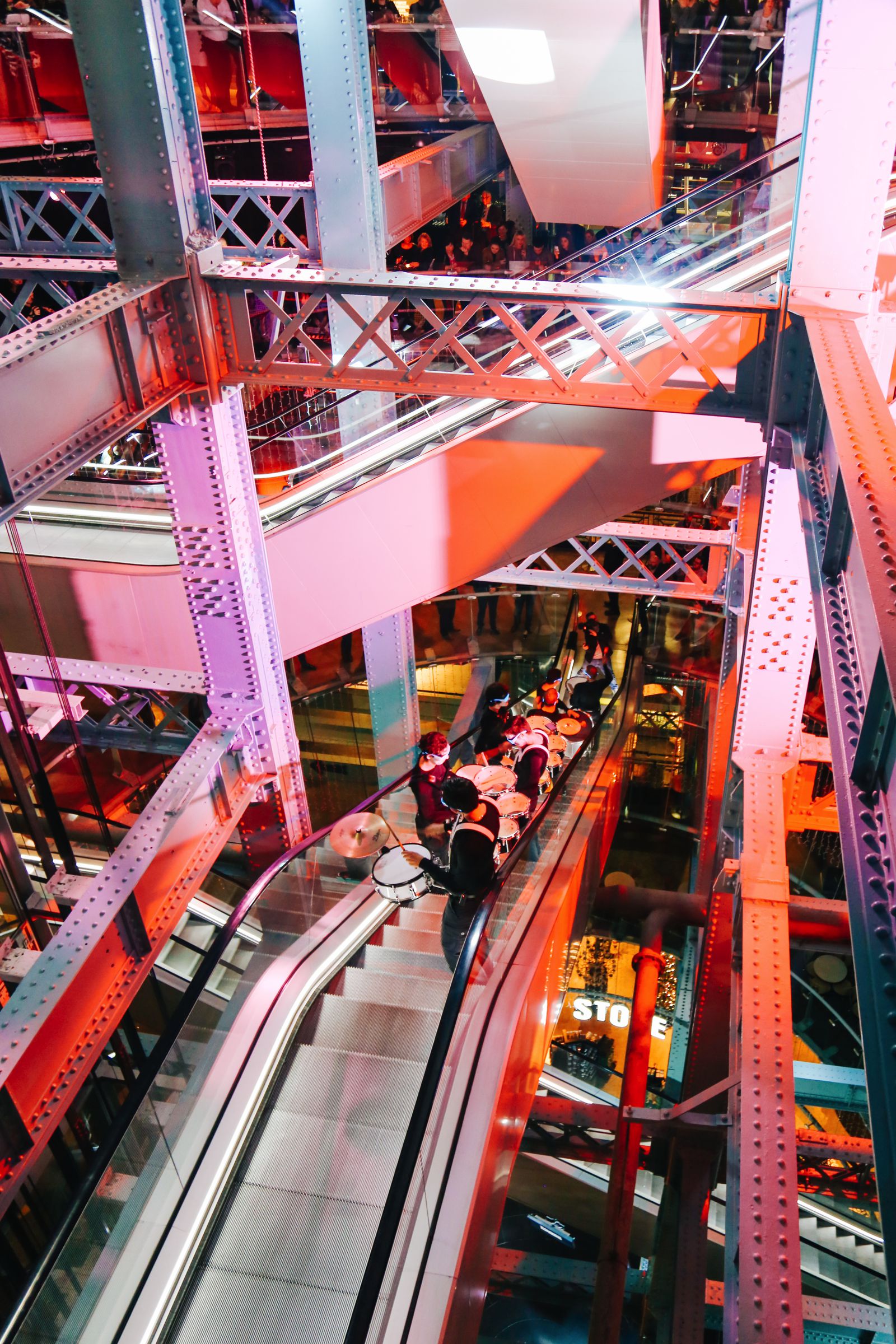 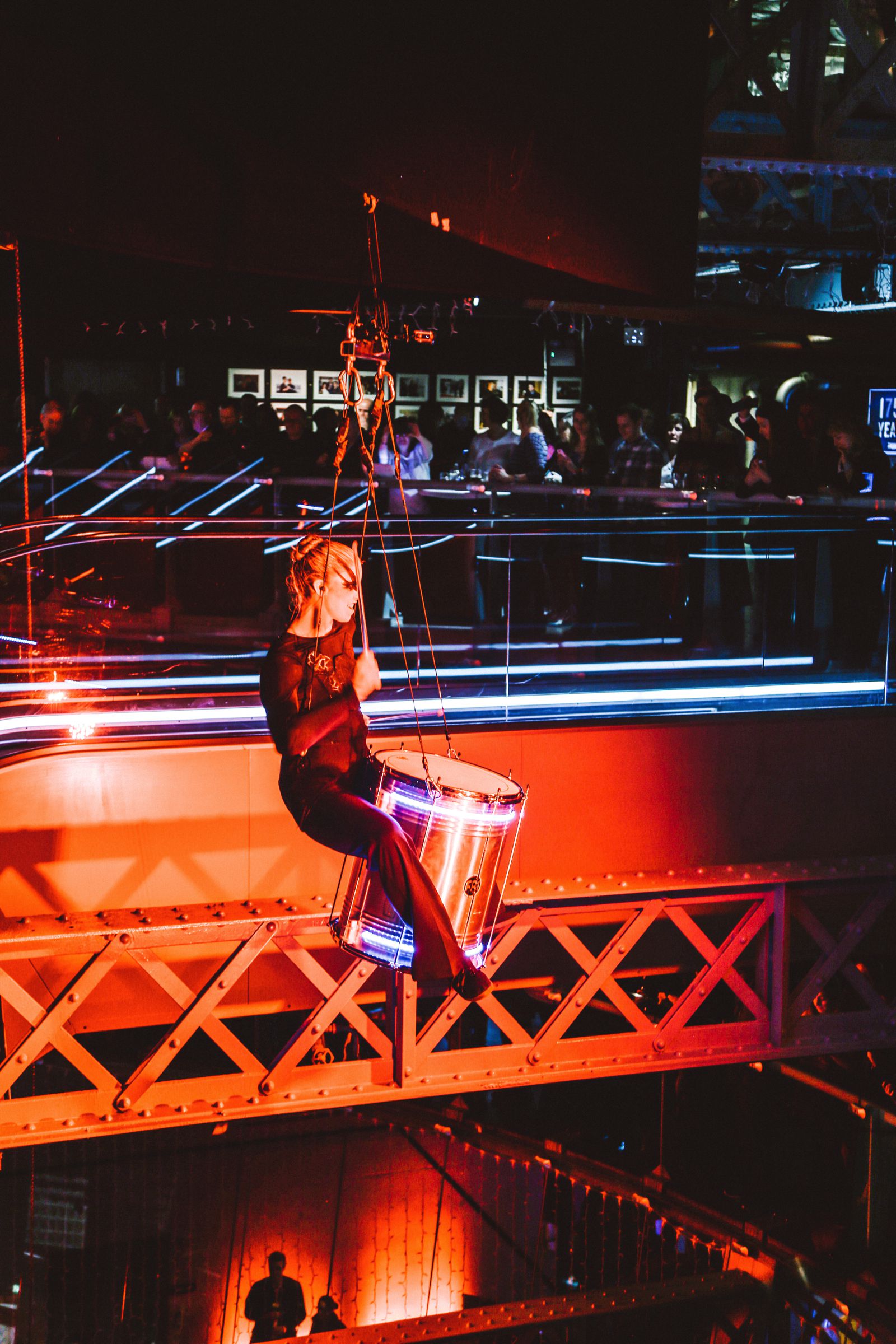 The performances dazzled for a while longer and as soon as it was done – food time! And oh my goodness did they deliver!

The food was on the floors further up and there were so many choices on offer across different stalls that it was impossible to taste every single thing on offer (though not from lack of trying on my part). We’re talking everything from oysters and sushi, right up to burgers, gourmet ice-creams and even paella! Each one more tasty than the next. 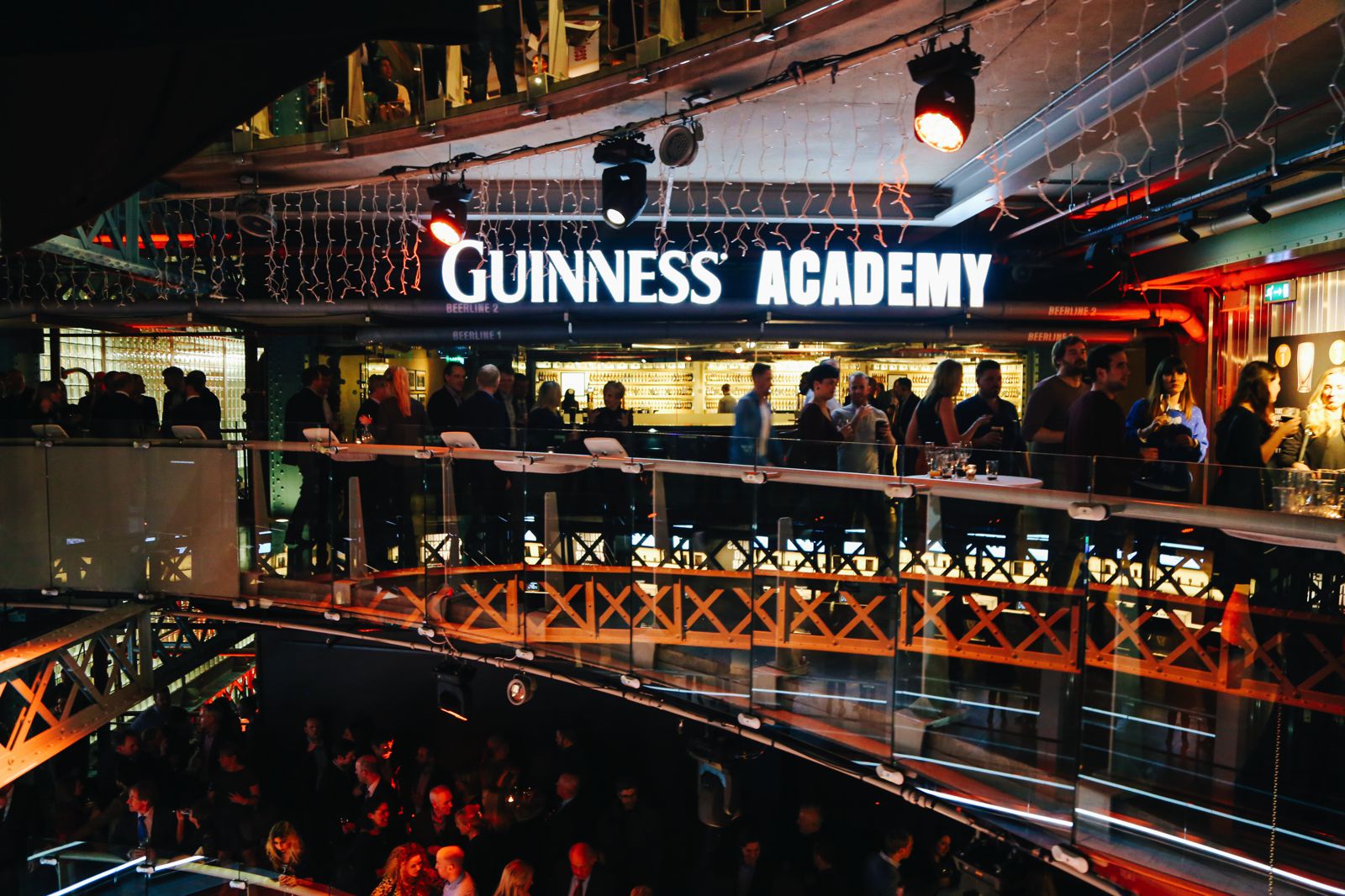 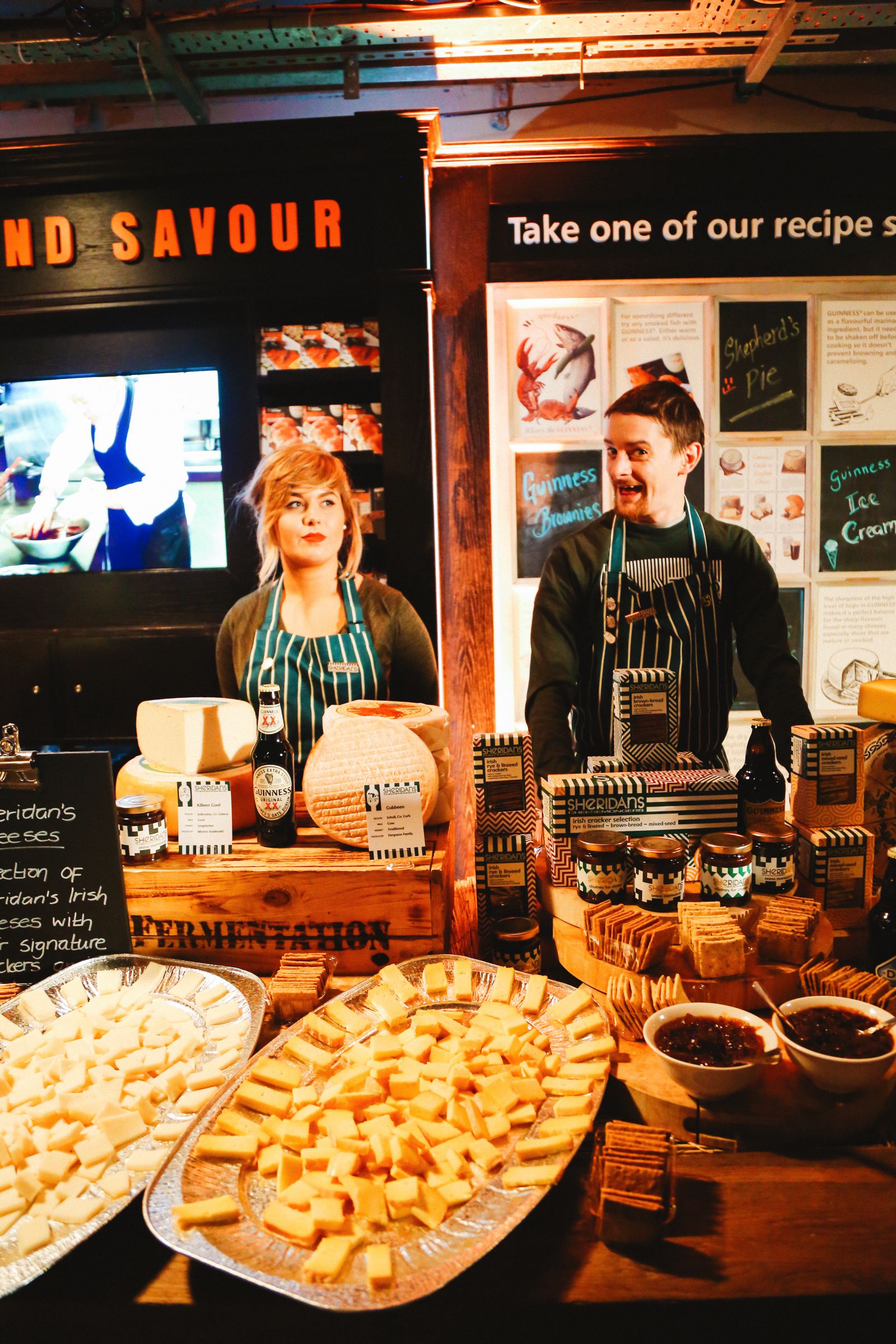 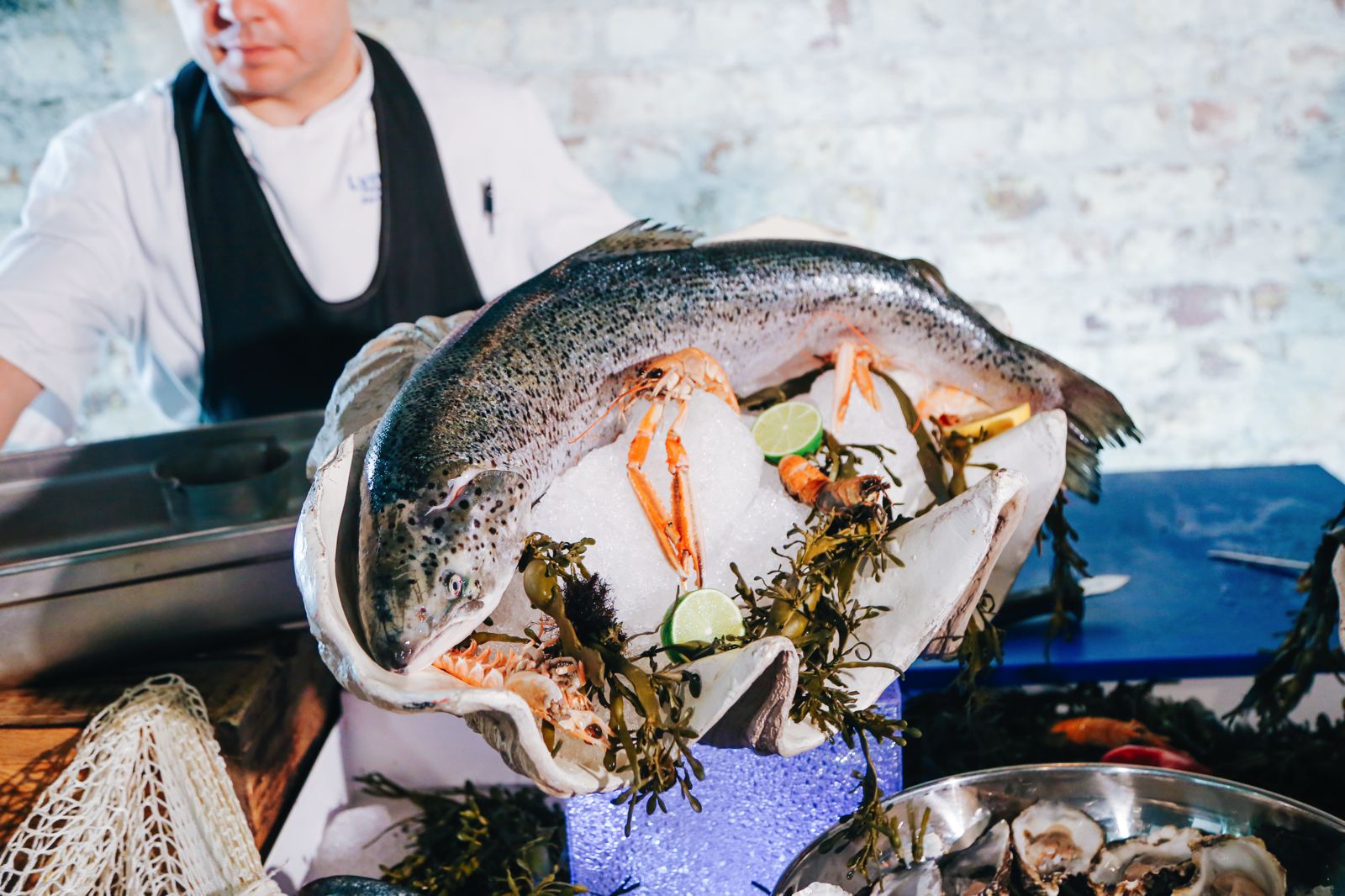 I had oysters for the first time ever here and thought they were absolutely delicious. I wasn’t sure if how good the oysters tasted was all in my head (given my relative inexperience) until I overheard at least 7 other people talk about how much they loved the oysters! 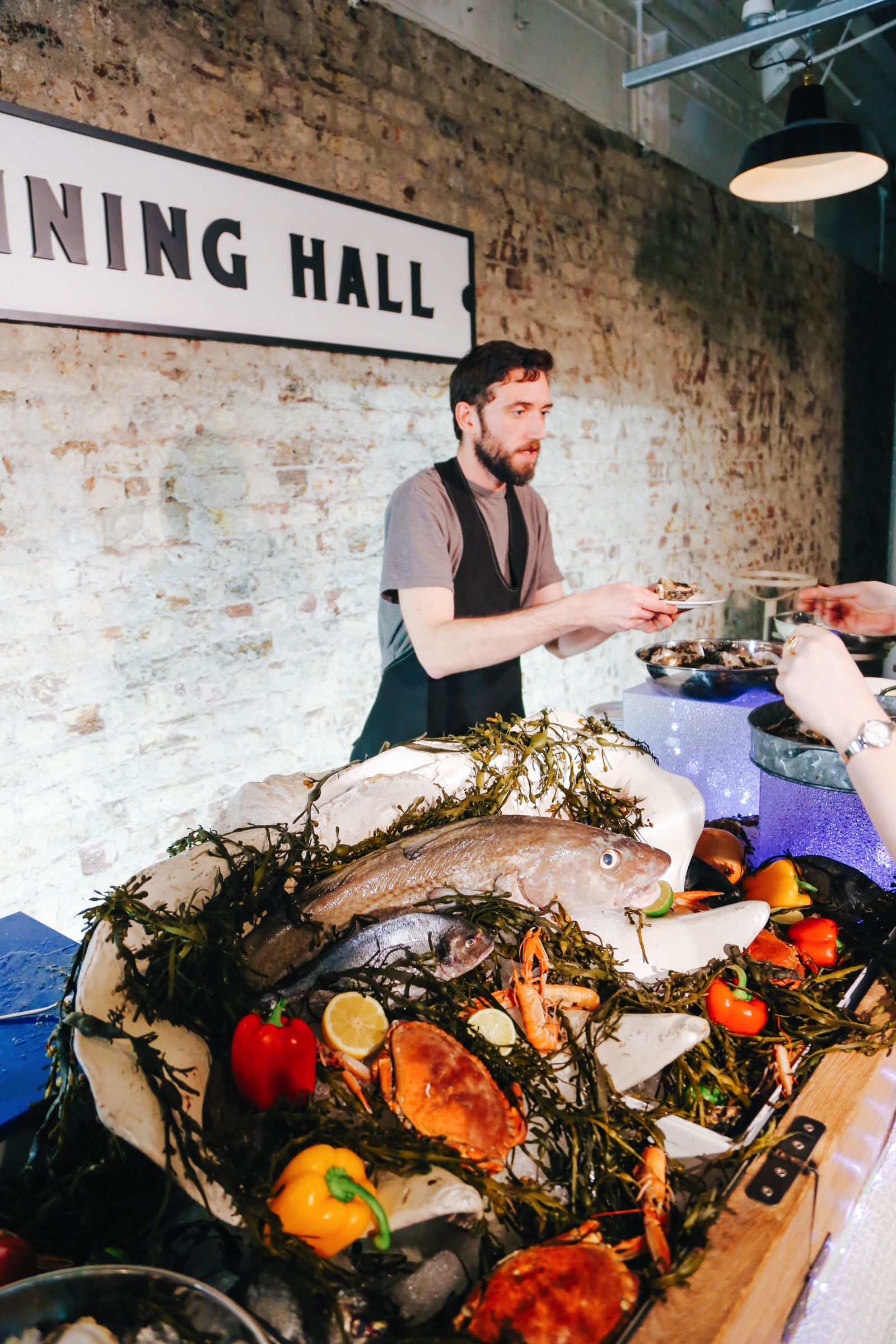 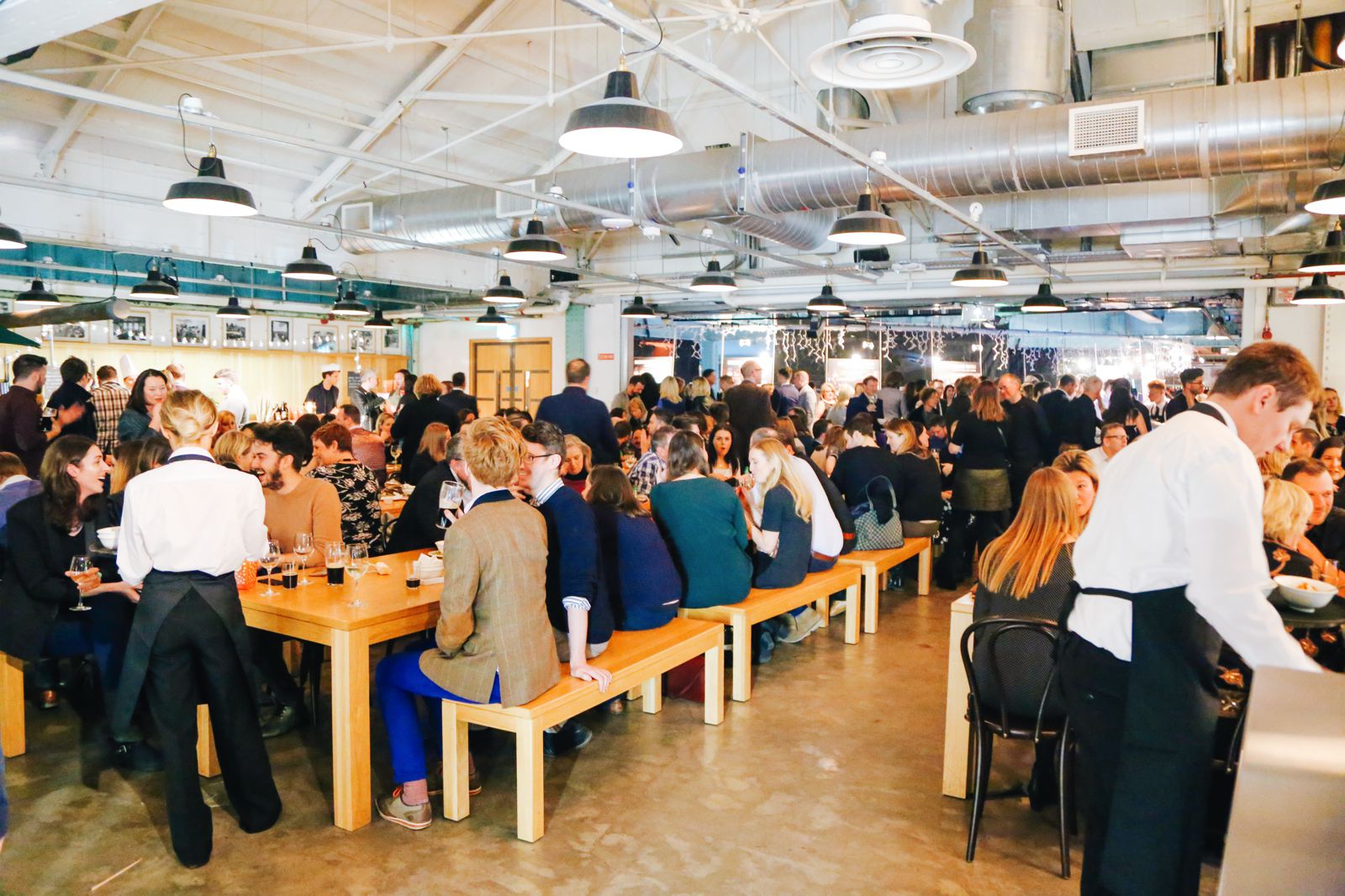 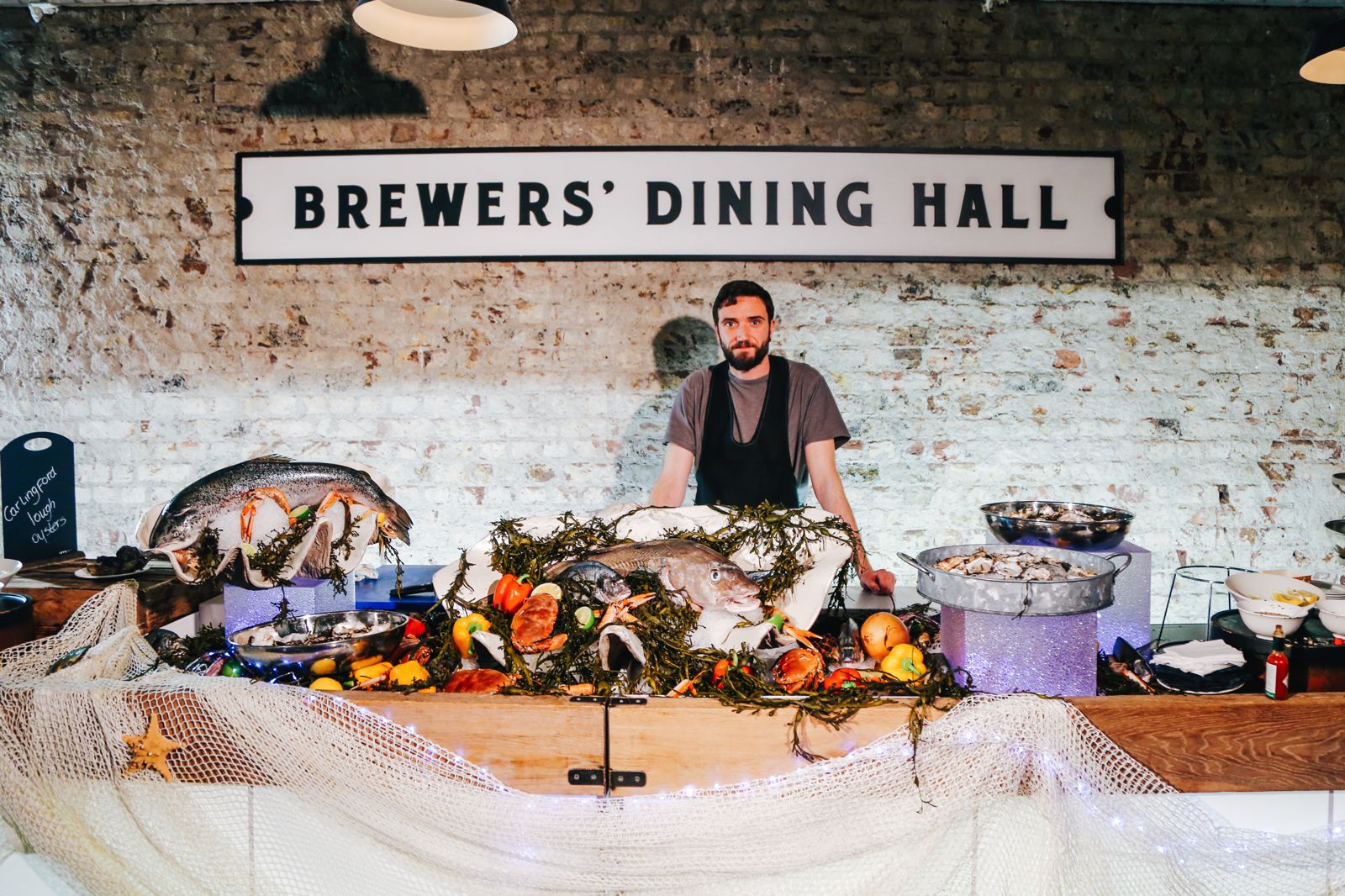 Eventually, we took the part up to the bar where our drinks (and dancing) was accompanied by the stunning view of a lit up Dublin! 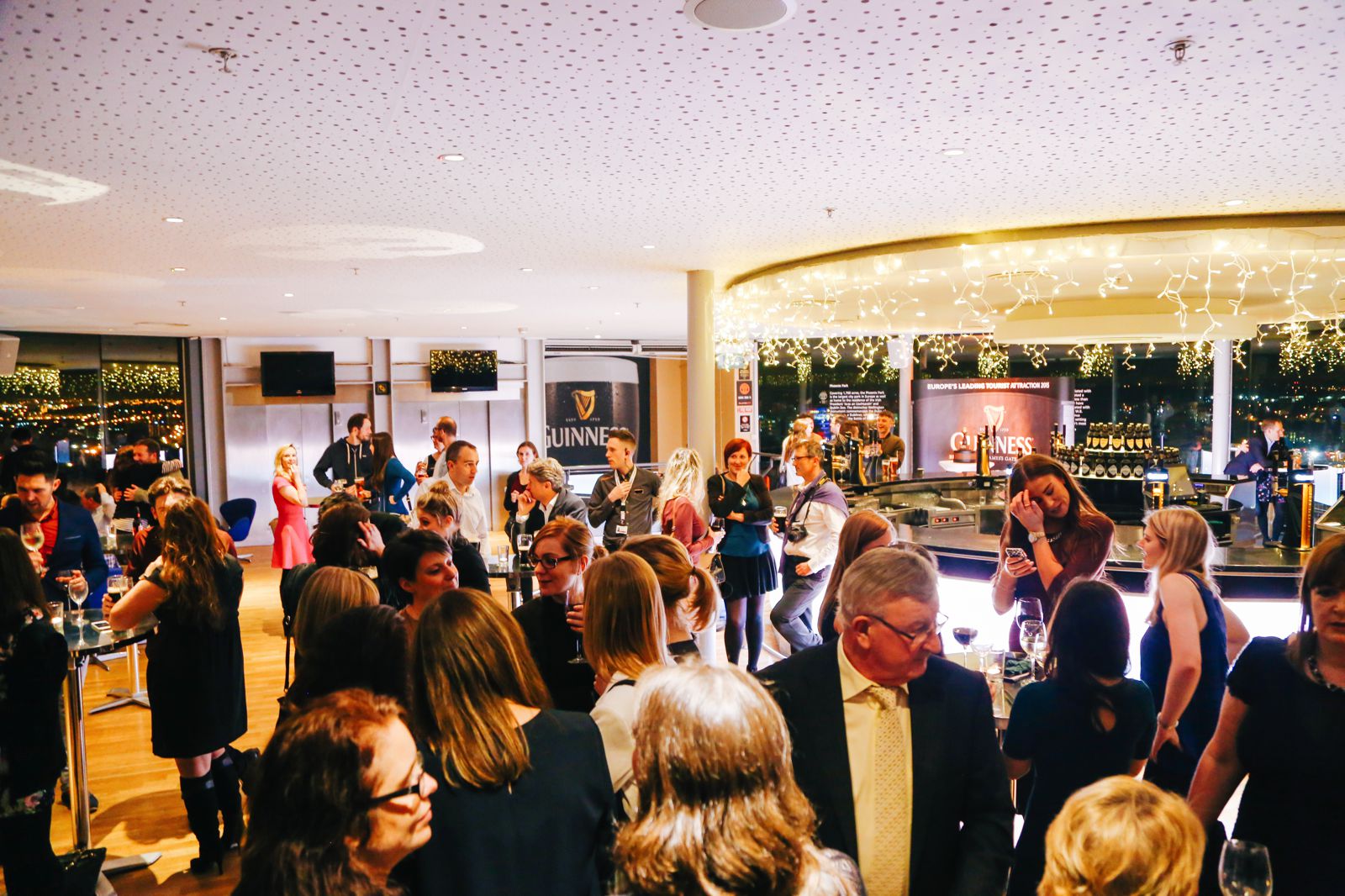 Hats off to the people at Guinness – they certainly do know how to throw a party! Same time next year? 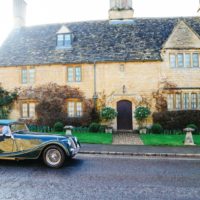 3 Neighbouring Villages & Towns You Need To Visit In The Cotswolds, England 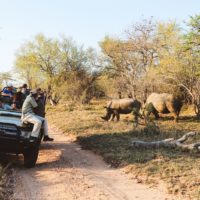 The First Safari… In South Africa 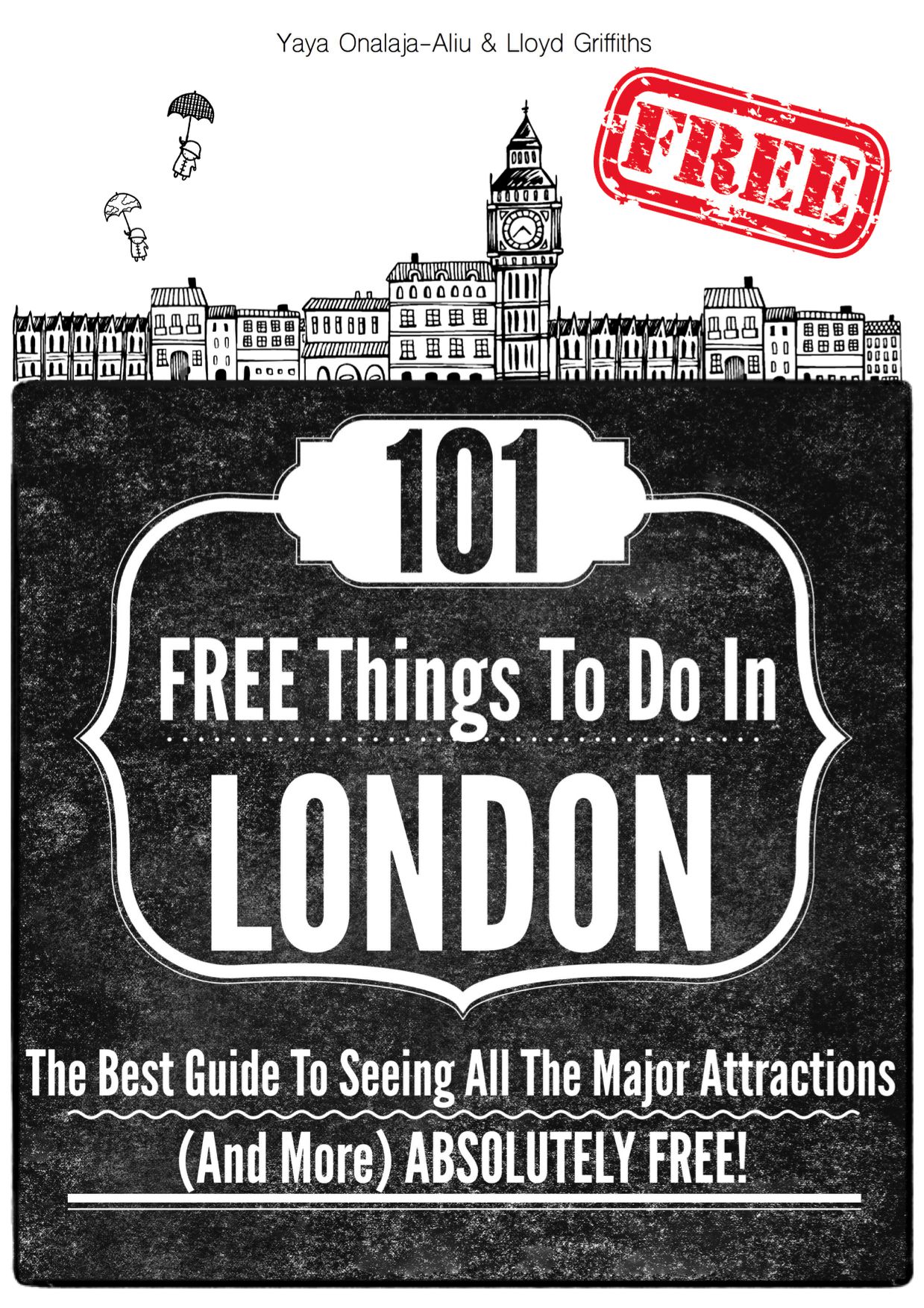 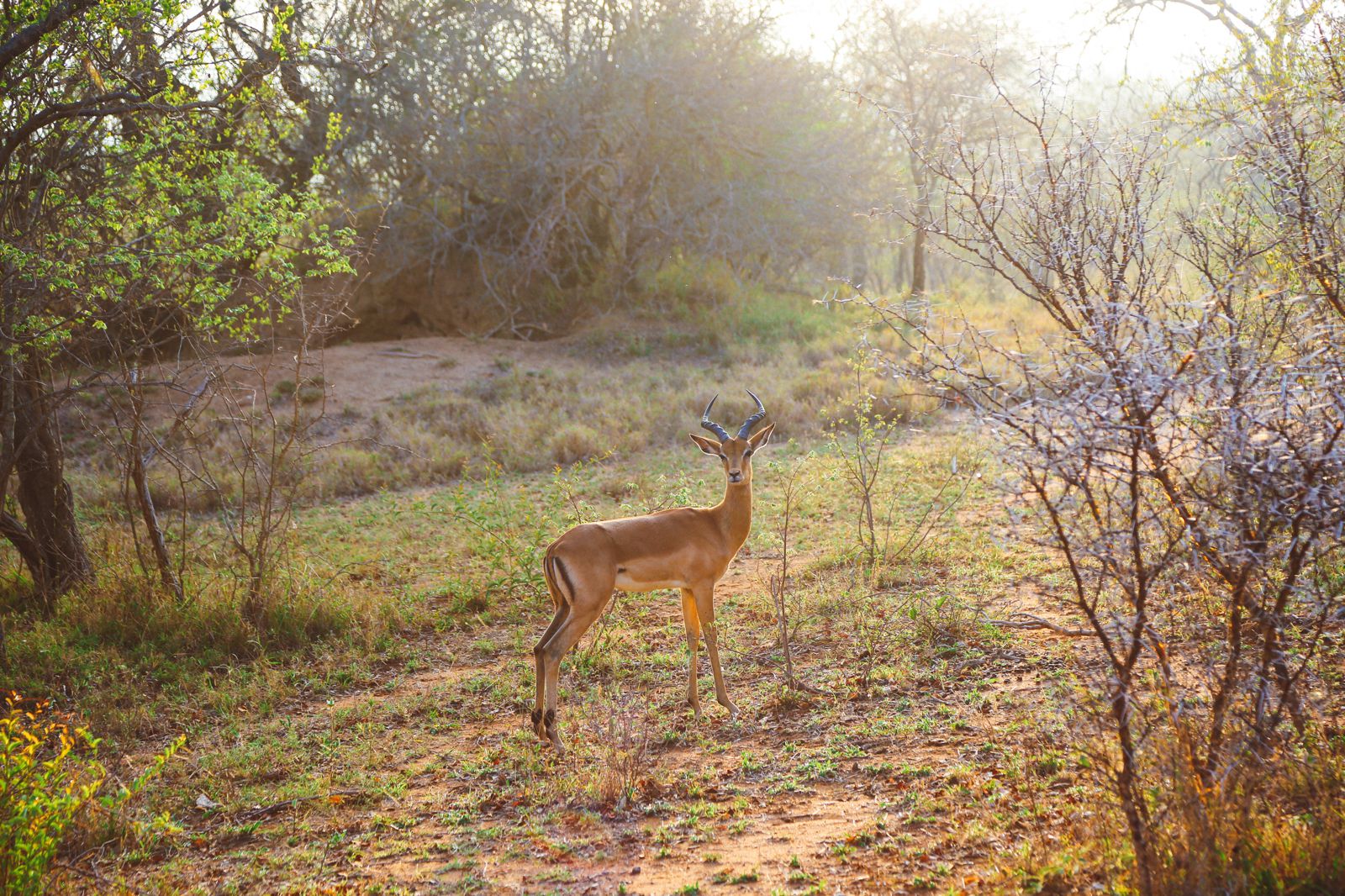 The 5 Most Important Things To Do When You Travel!