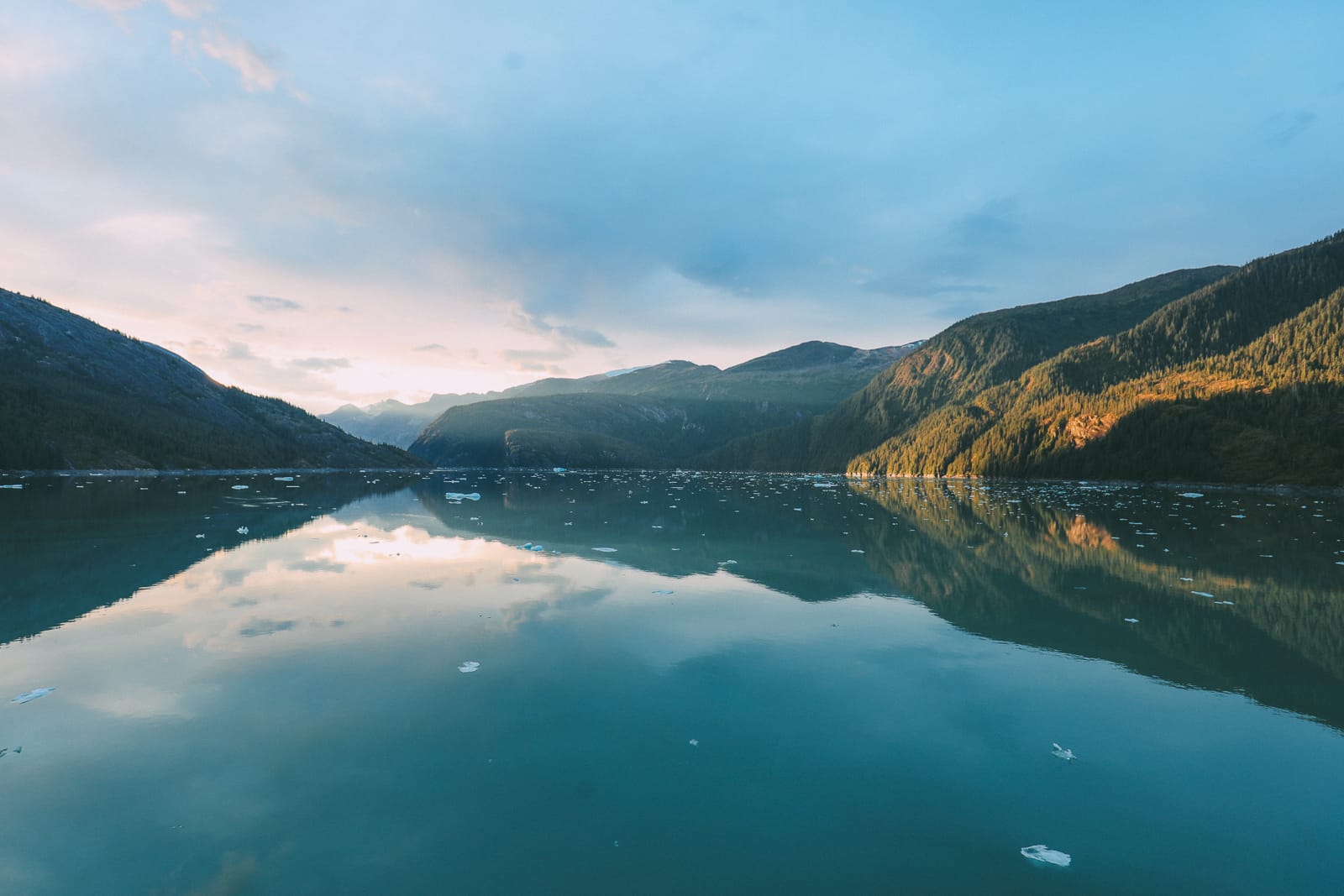 Leaving Ketchikan, I remember (rather eagerly) looking forward to our very next port stop on our Celebrity Cruise through Alaska. The next stop was in Juneau after all and hopefully, this would finally be the chance for us to get to see some whales.

At this point, I didn’t even care what sort of whale it was – as long as we saw one. We’d tried whale watching far and wide and seen nothing so the potential of seeing any was a pretty big deal for us.

Suffice to say, long before we even hopped aboard the Celebrity Cruise to Alaska (like aaaaagggeeeeees before), whale watching was the very first thing we signed up for! But more on that stuff later… 😁 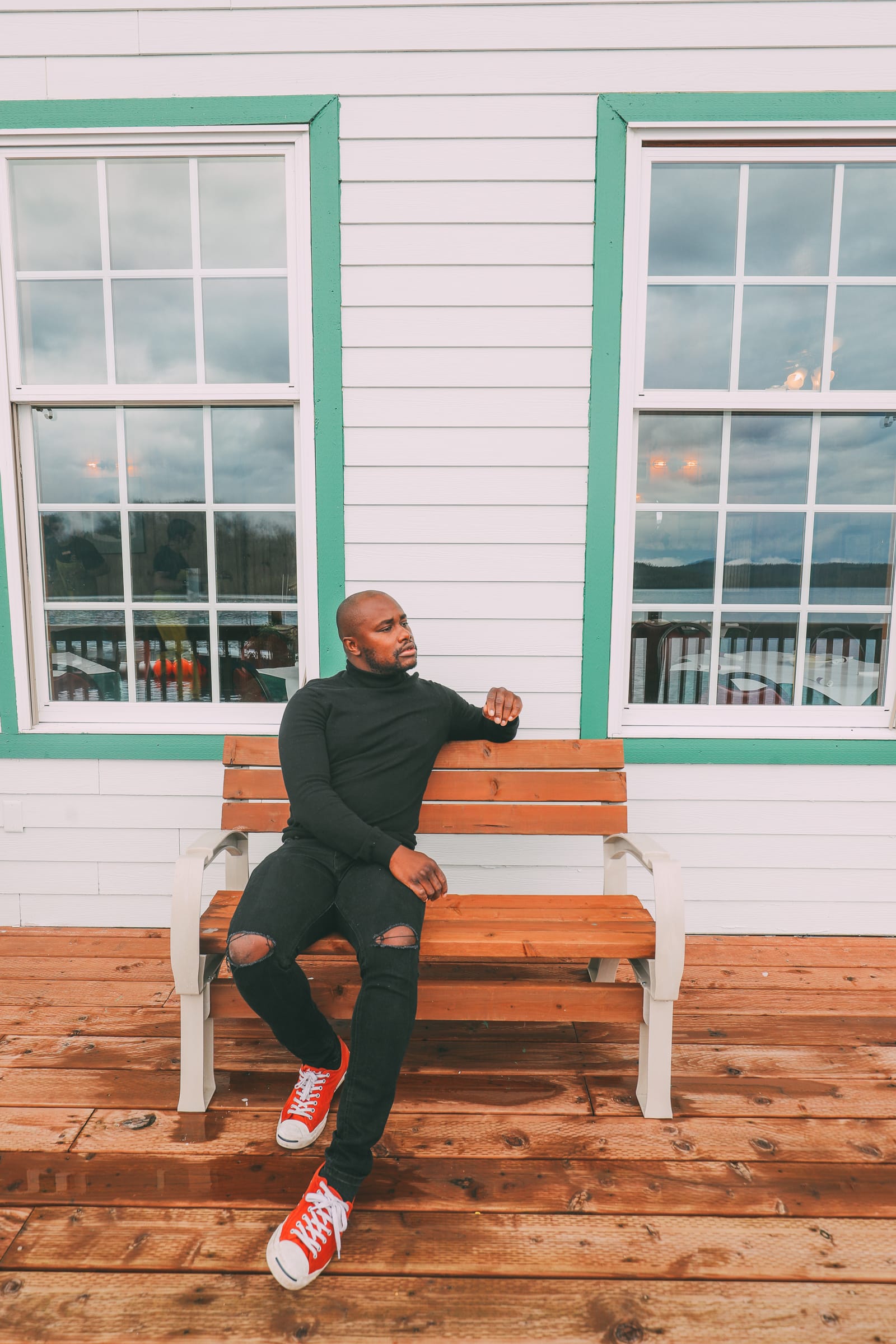 I was so excited about the next stop (the very next day), that I kinda totally glazed over anything else that we had planned in between Ketchikan and Juneau.

Oh yeah, for dinner, we headed over to the Grand Epernay restaurant for an amazing dinner (seriously, the food is really good here), starting with the gnocchi for myself and French onion soup for Lloyd – with cocktails thrown in for good measure!

For mains, I went for the pork while Lloyd for the chicken. 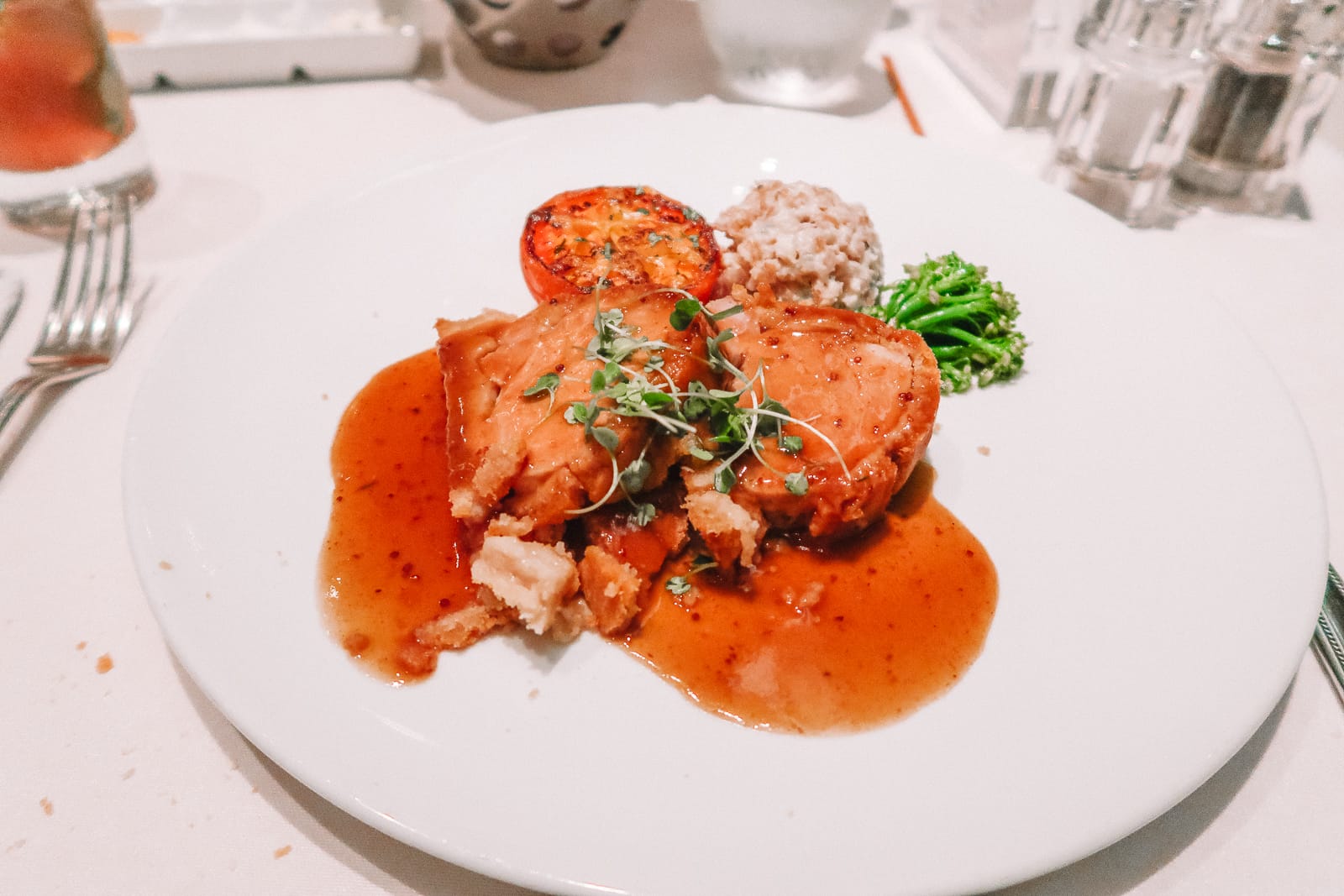 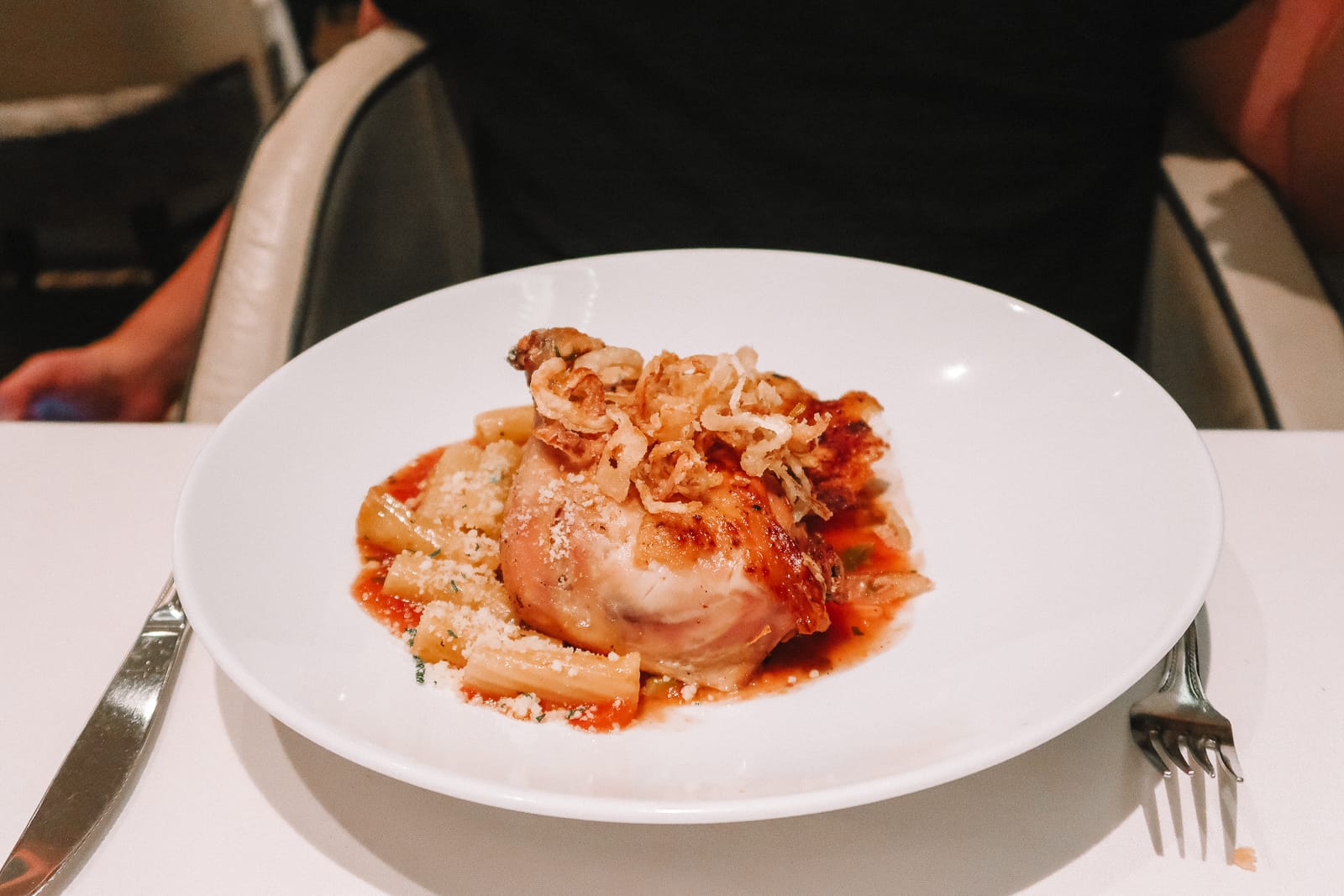 Finishing off with cheesecake and pannacotta for dessert.

By the way, settling in at the martini bar after dinner that evening did nothing to help that afore-mentioned ‘glazing over’ either. 😉

In fact, I think it was just as I was about to go to sleep that I noticed something about glacier, fjords and icebergs (housekeeping leave you a schedule of what you can choose to do the next day when they do the turn down service), that I remembered we would be sailing through the Tracy Arm fjord the very next day.

“Cool!” I thought, making a mental note to try to get up a bit early to take a gander of it as we sailed through, before promptly falling into a delightfully satisfying slumber.

The next morning, I groggily got up to check out what the view looked like, totally intent on going right back to sleep after a quick peek (we’d be in Juneau later that afternoon after all).

As soon as I pulled the curtains to check out the view of the fjord, I instantly realised that I wouldn’t be going back to sleep anytime soon – it was absolutely beautiful! 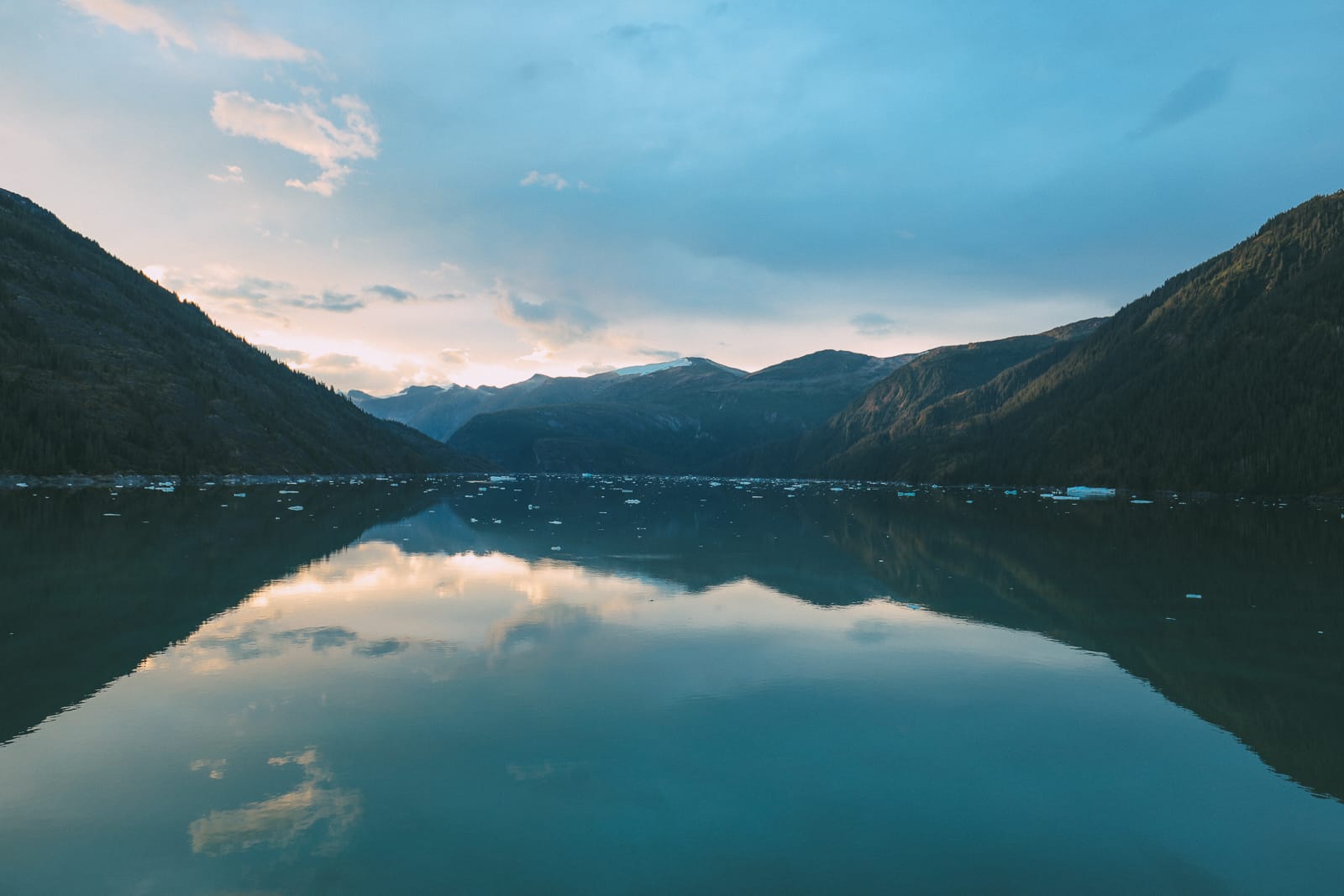 That glass-like water, surrounded by all those tall mountains, with little icebergs floating past makes for quite the sight to wake up to. 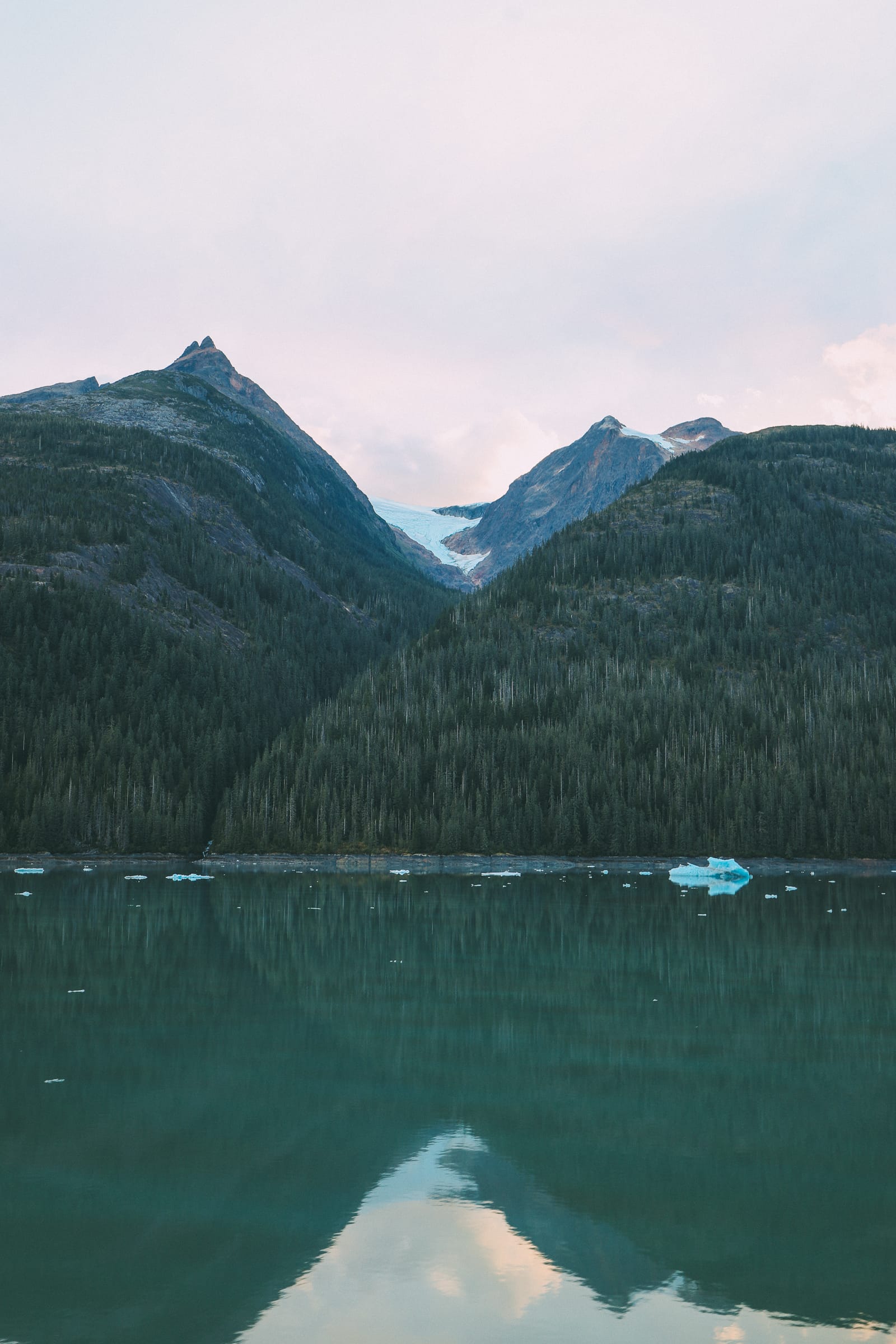 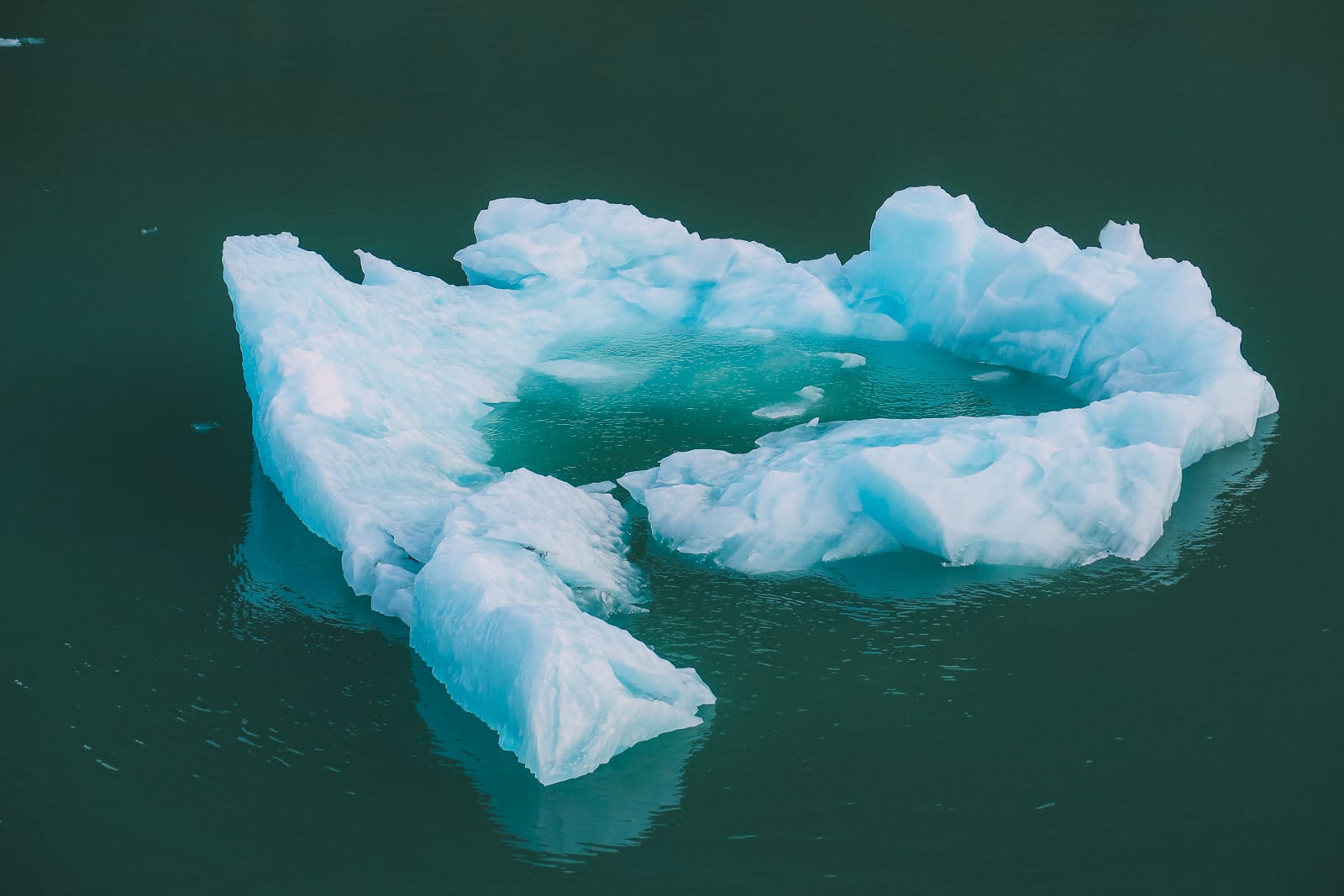 Keen to get an even better view from outside, I put my clothes on in record speed (I almost went out in pyjamas, to be totally honest and re-thought it at the last minute), hurriedly grabbed my camera, woke Lloyd up and headed over to the helipad on the ship where we got a pretty epic view of the fjord! 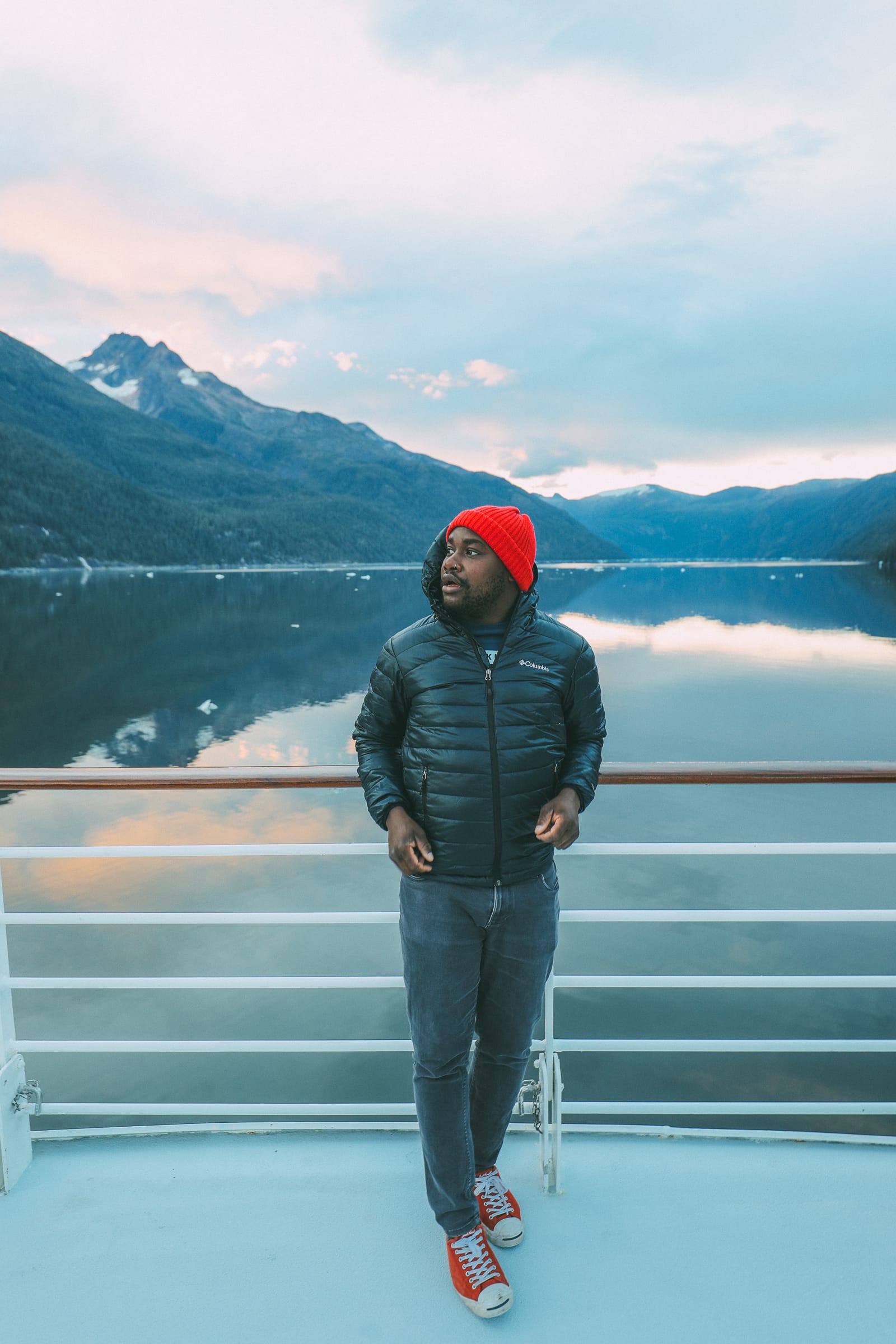 Turns out, due to huge amounts of ice in Tracy Arm Fjord, we couldn’t sail properly into that arm of the fjords and (after a while) instead, took a diversion into the equally impressive Endicott Arm fjord. 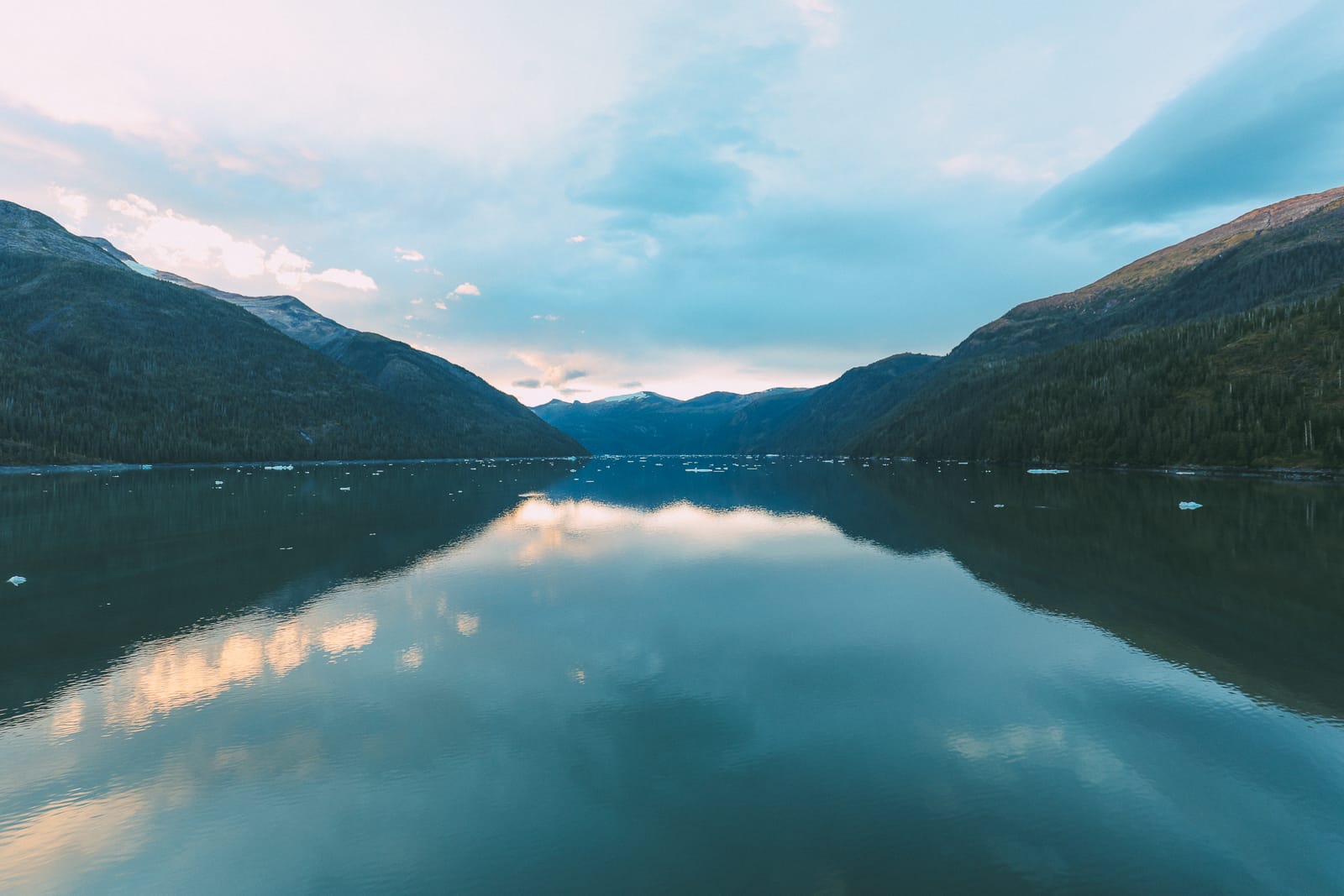 The scene as we sailed through the fjord just got prettier and prettier – it was just so serene and unlike anything else we’d seen so far on this trip. 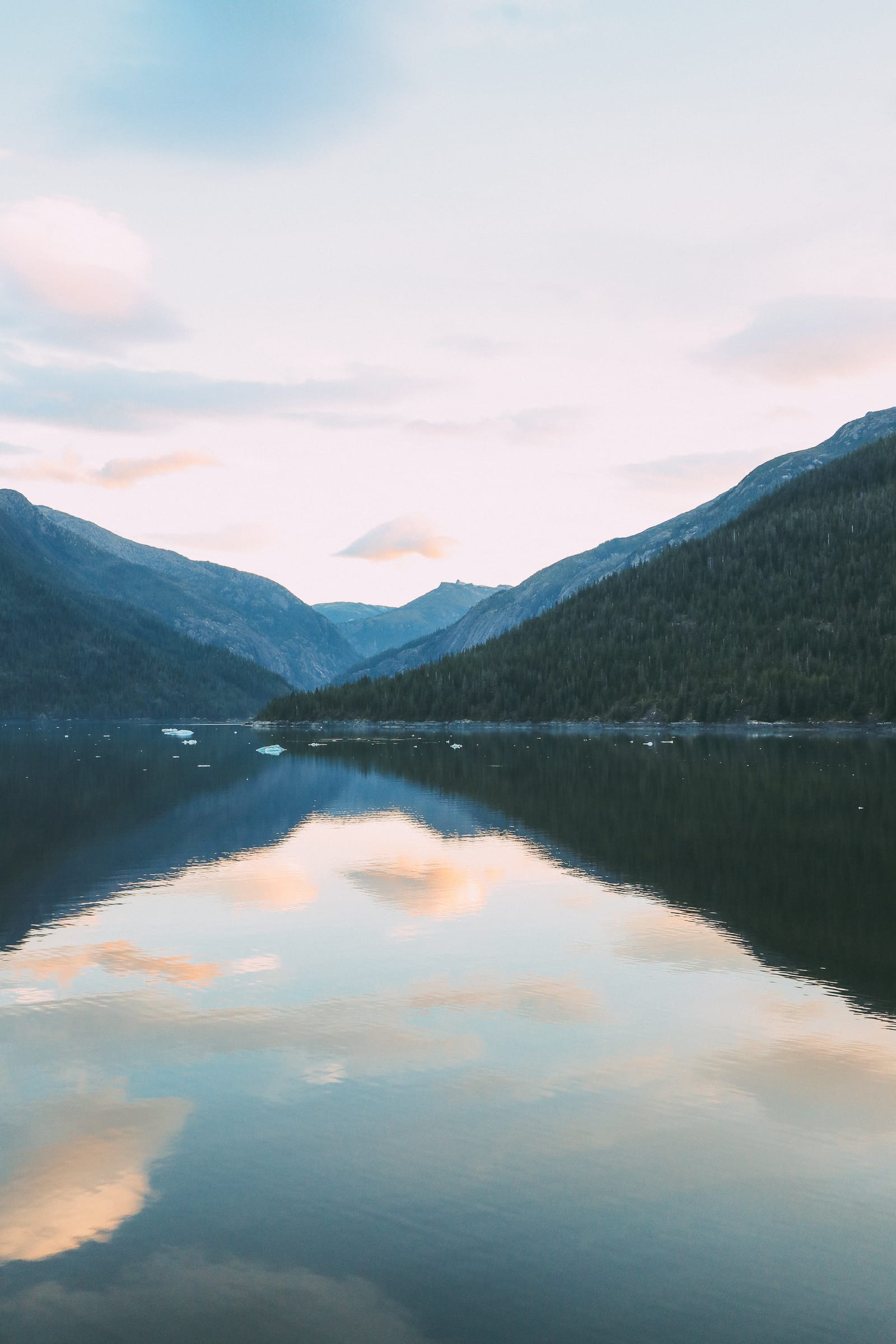 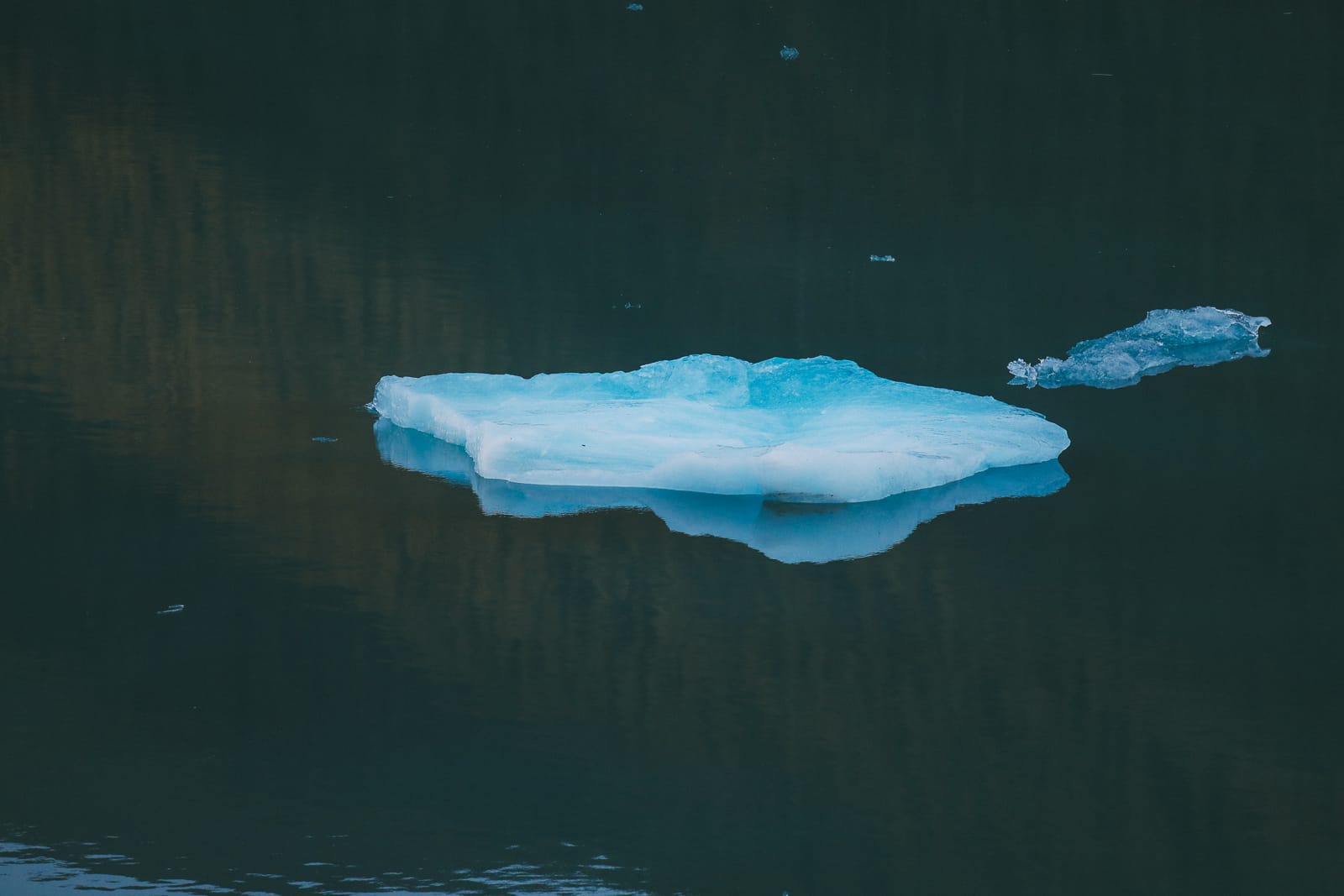 In some ways, it kinda reminded me of the fjords in Norway, except, of course, the ones I’d been to in Norway certainly didn’t have icebergs floating in them. 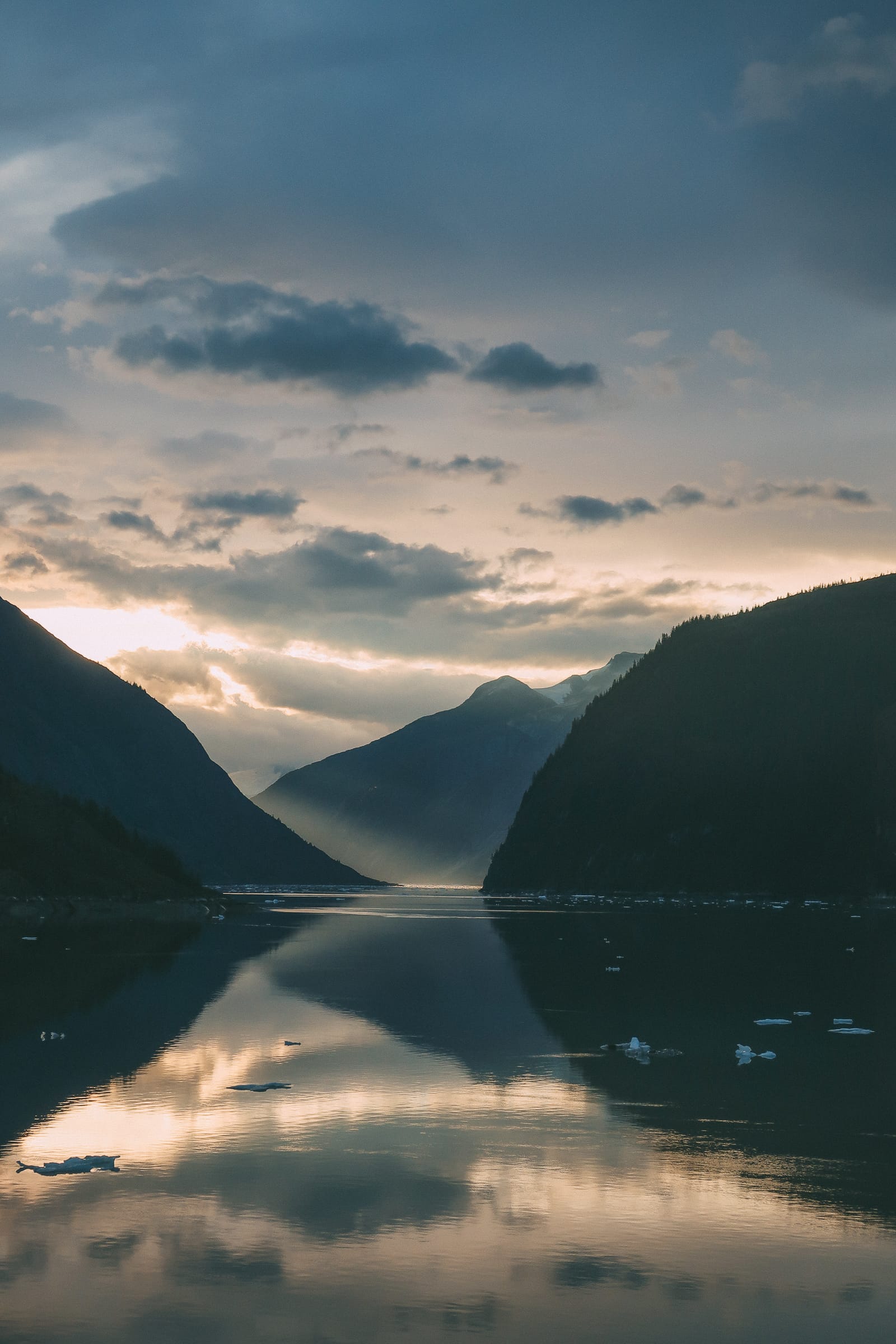 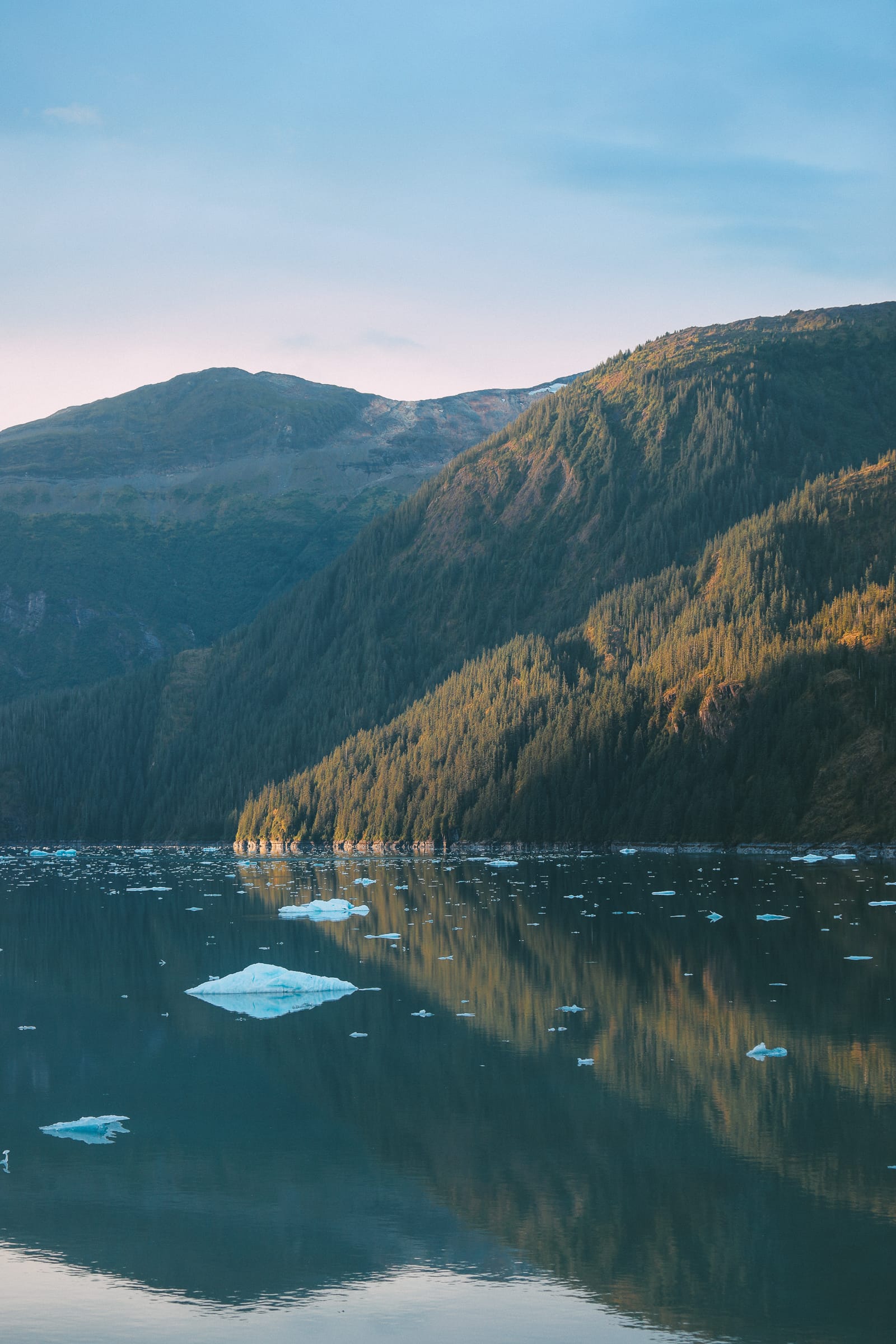 And then, the sun started to rise, making an already gorgeous place even more beautiful! I just couldn’t get enough of it. 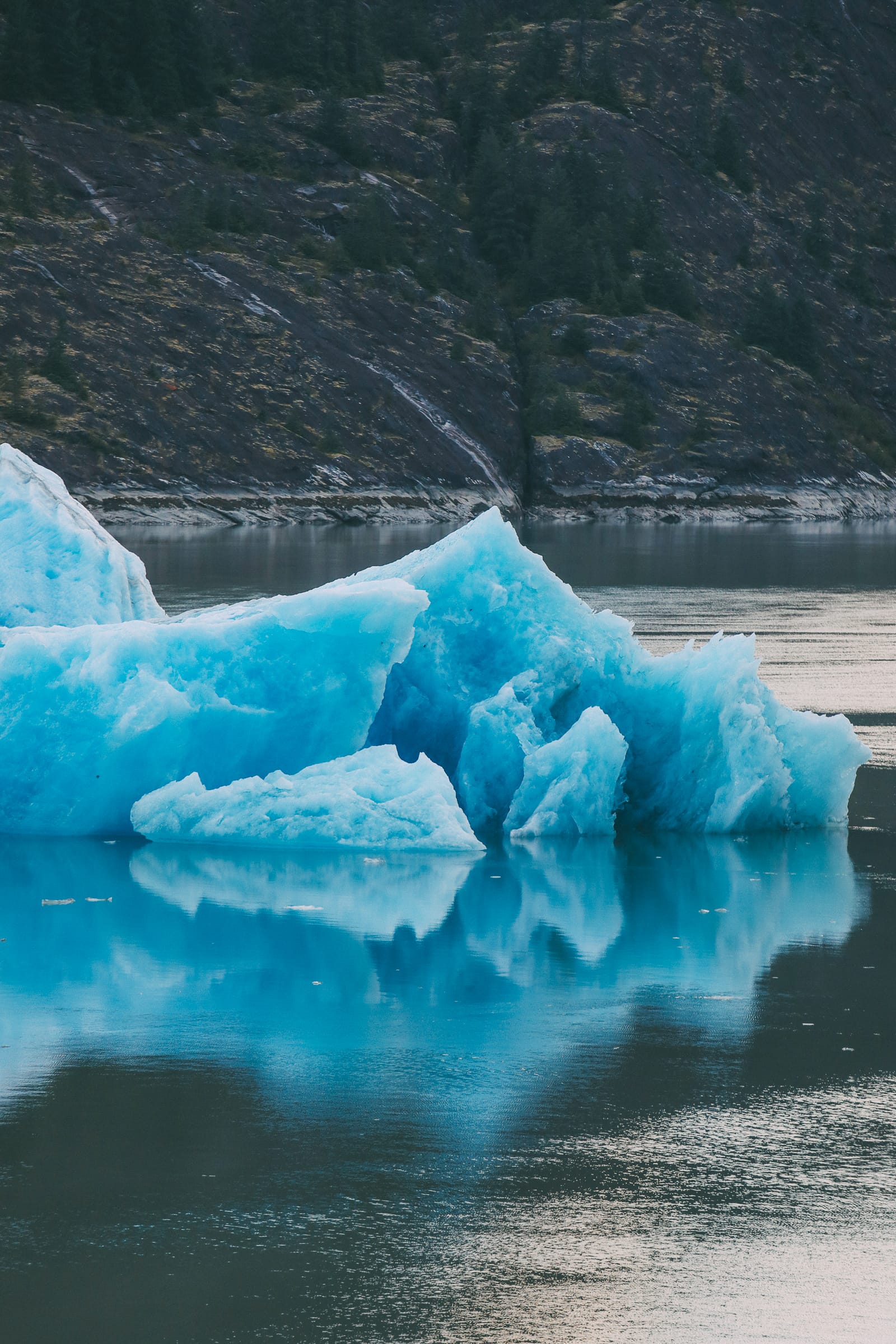 …also that we were passing by even bigger mountains now, topped with glaciers almost like icing on a cake. 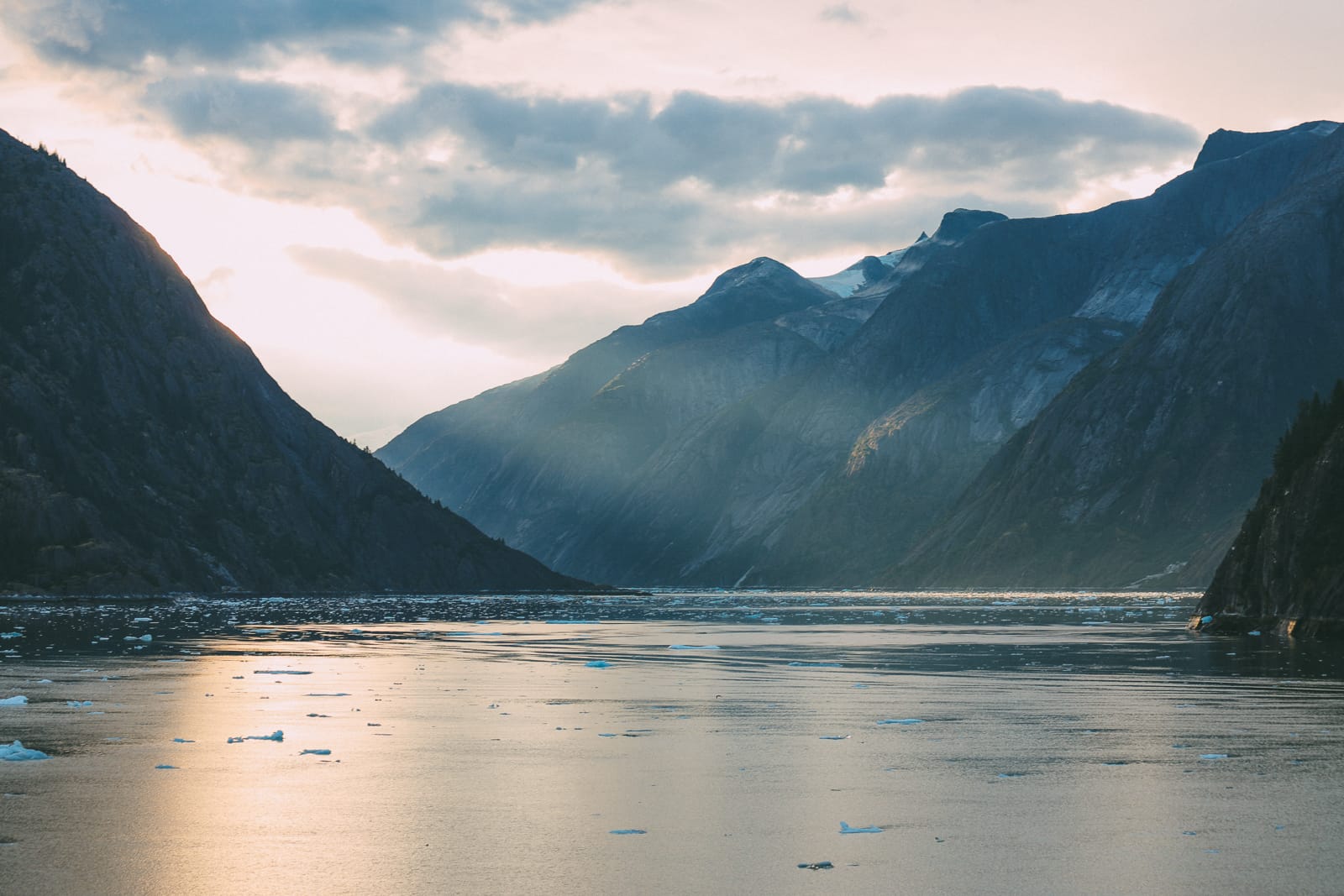 As we weaved our way through the fjord, I finally got my first view of the Dawes Glacier! 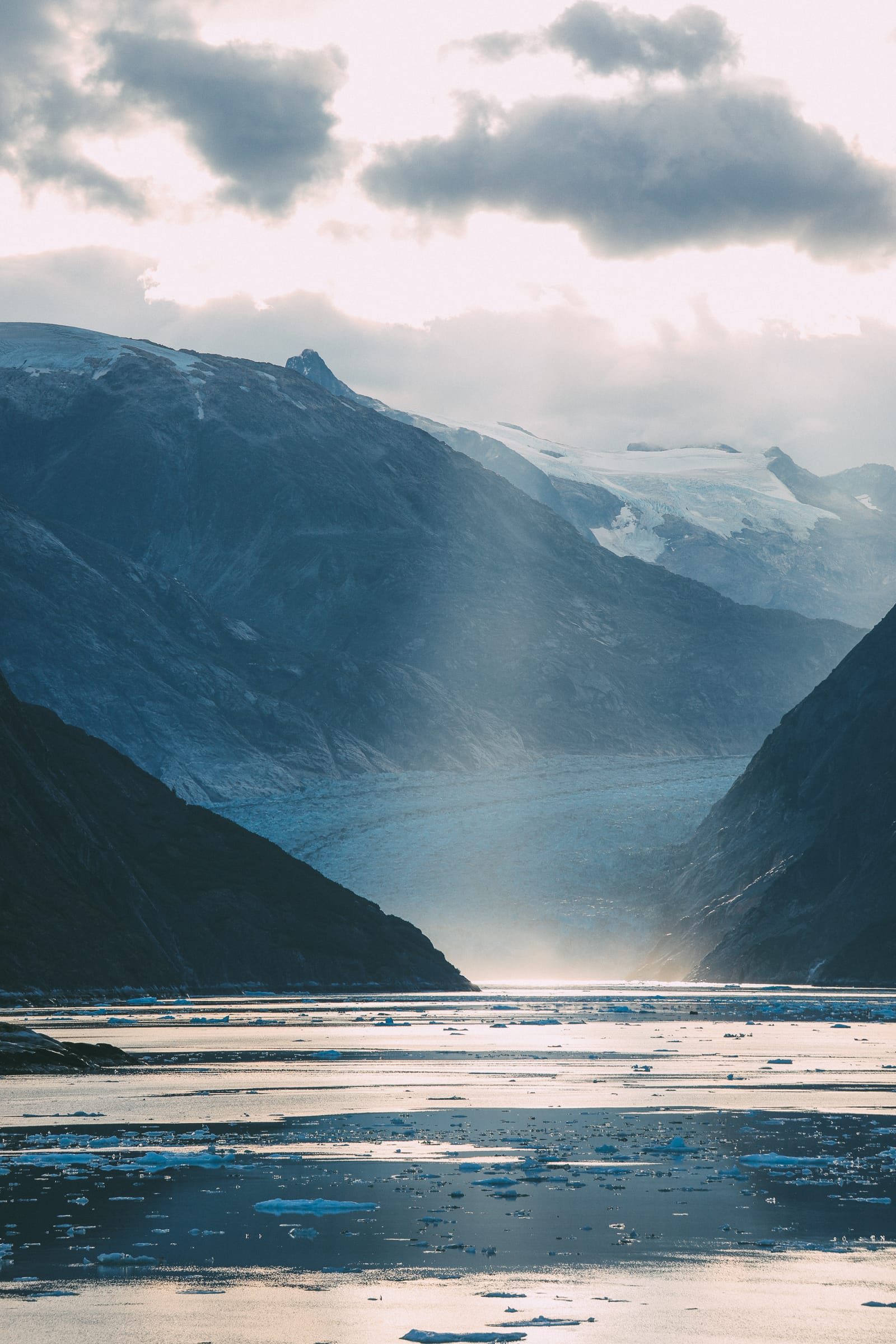 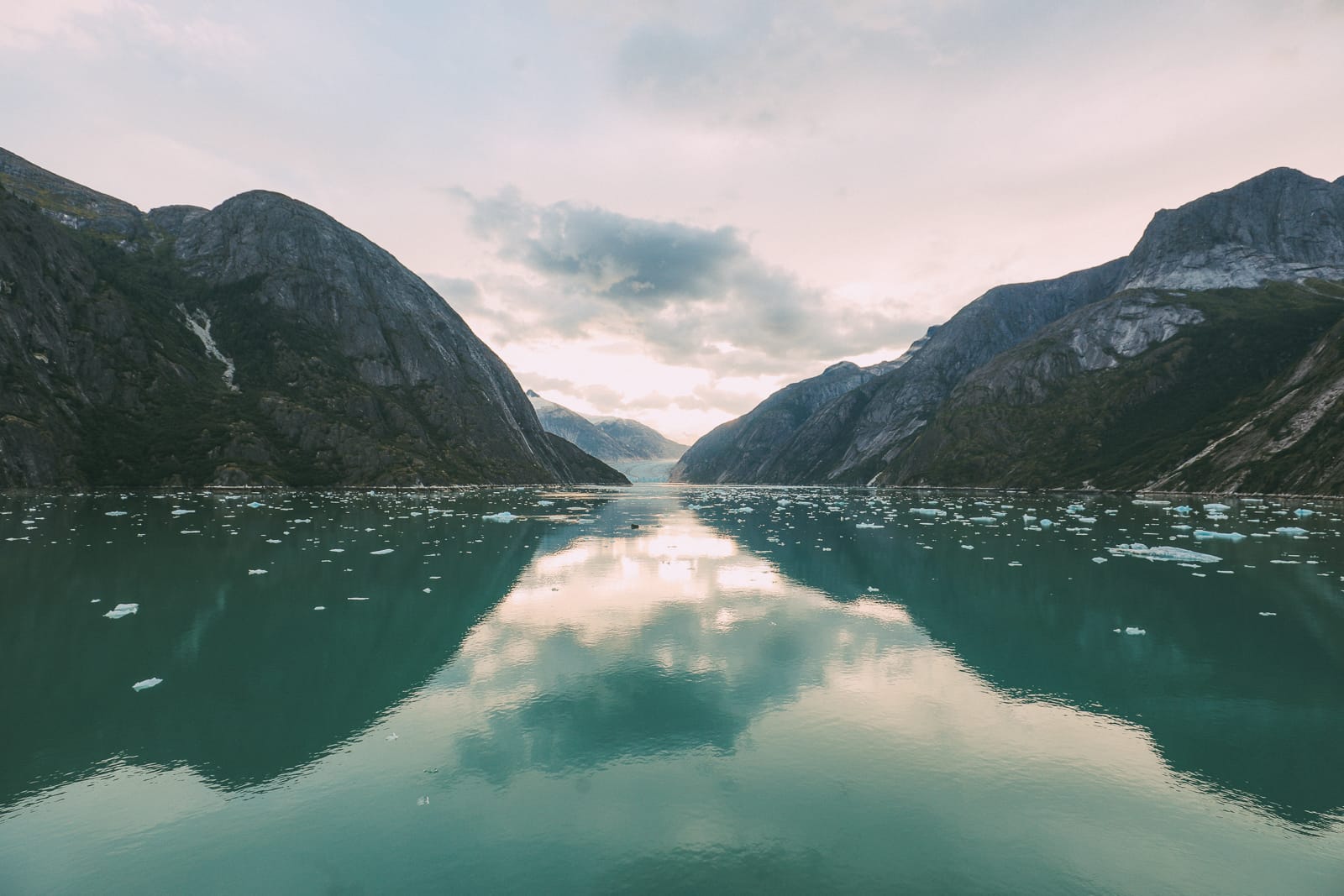 Glaciers fascinate me. I don’t know if it’s because they hold secrets from thousands of years ago if it’s the whole ‘ice age’ thing, or because generally, we don’t really have anything like this in the UK but I just find them so impressive and absolutely beautiful! 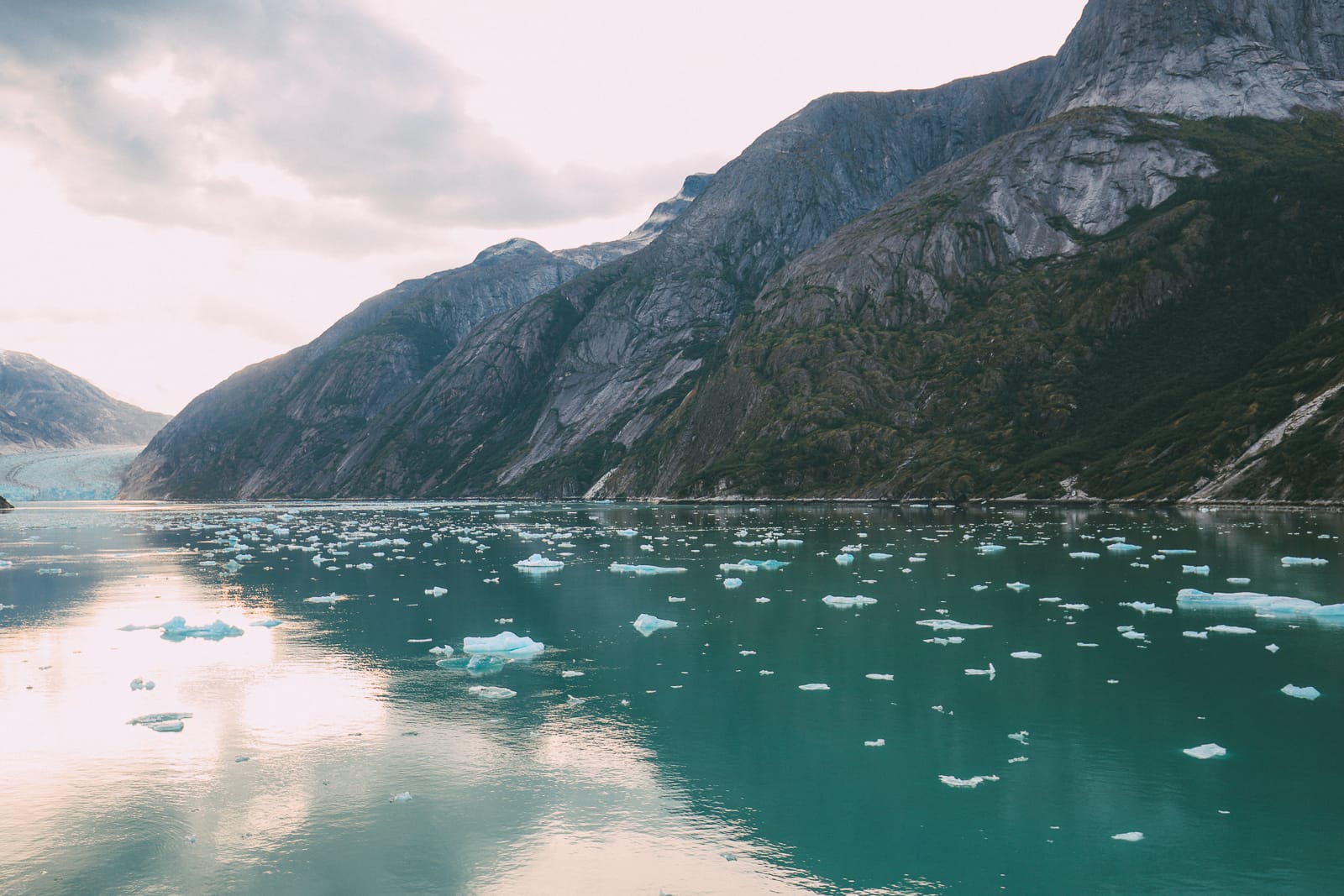 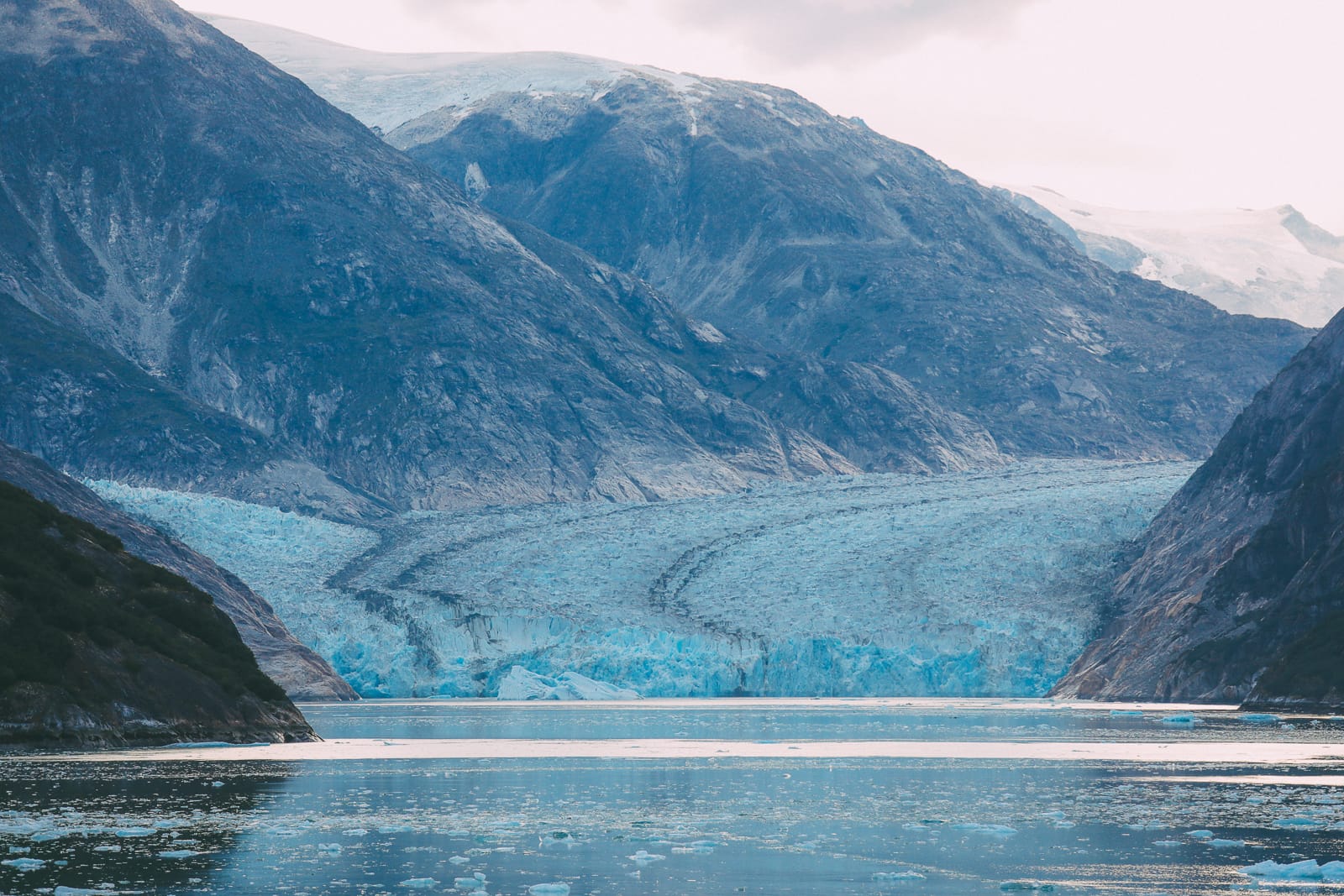 Apparently, from time to time, you can hear the Dawes Glacier ‘calving’ (i.e. bits of it breaking off the glacier and falling into the water) and when it does, it makes quite an impressive (and rather loud) sound reverberating through the arm of the fjord. 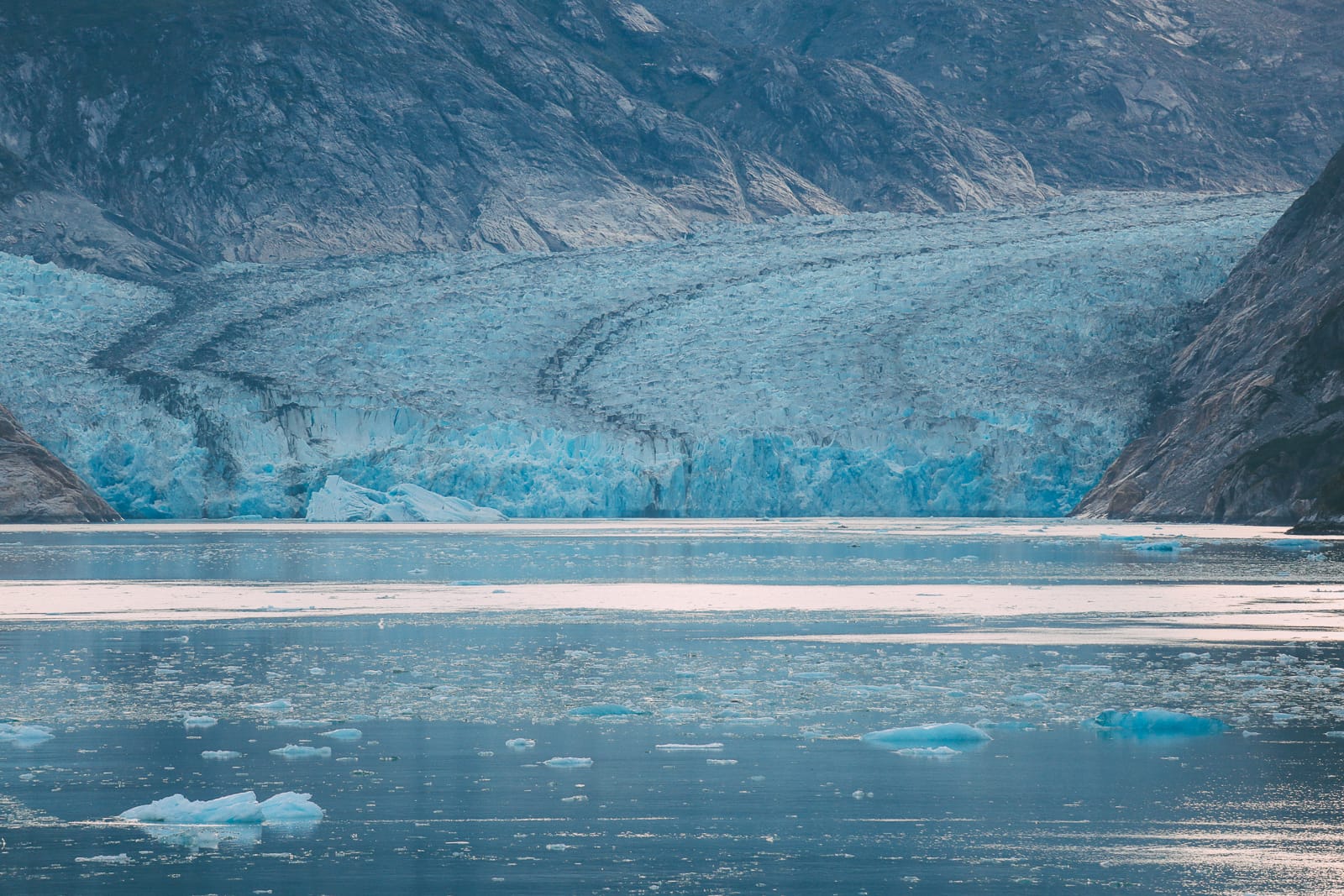 Alas, this didn’t happen while we were there but it was still, impressive nonetheless. 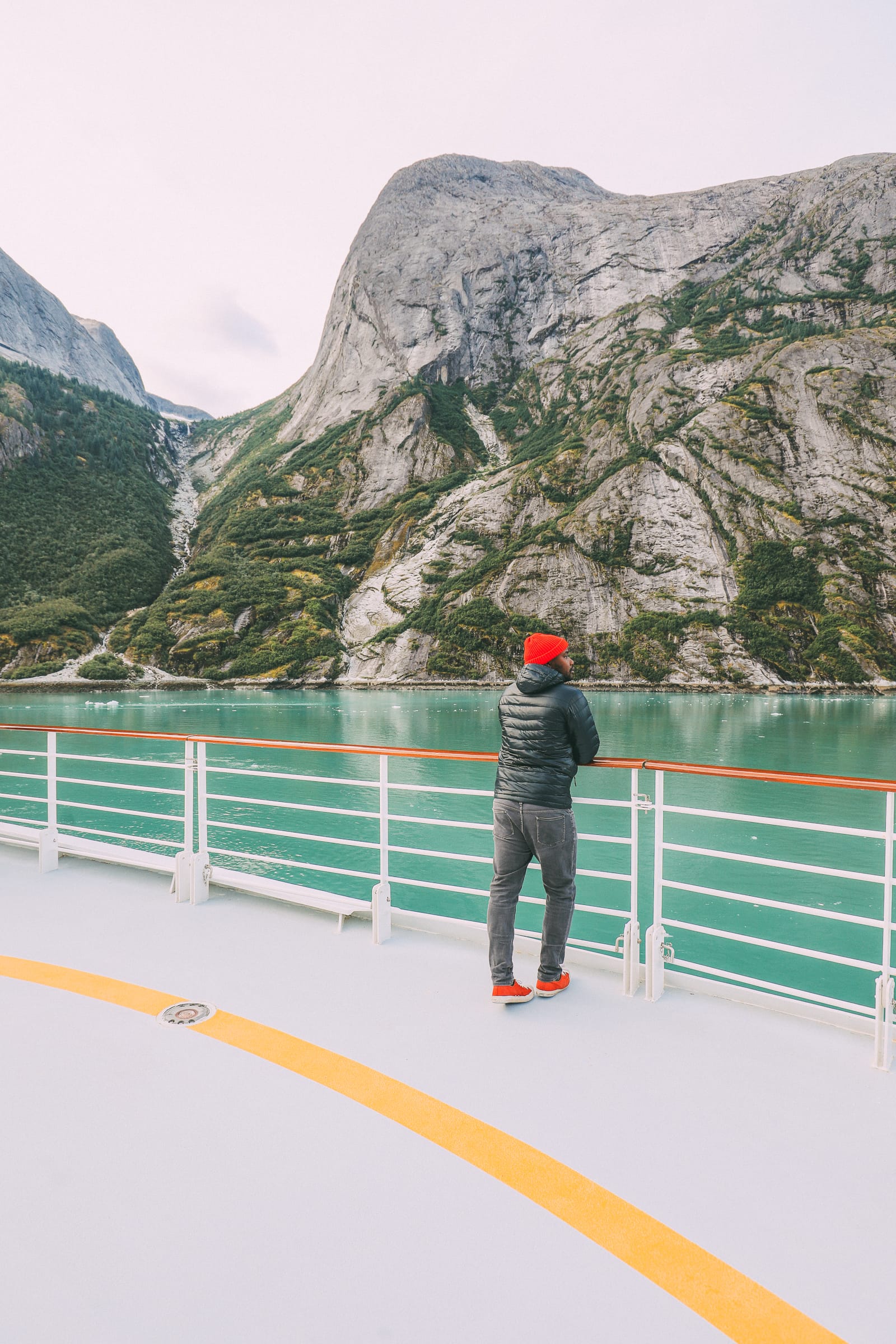 We also came across harbour seals, sat on icebergs, totally unbothered by us as we sailed past. 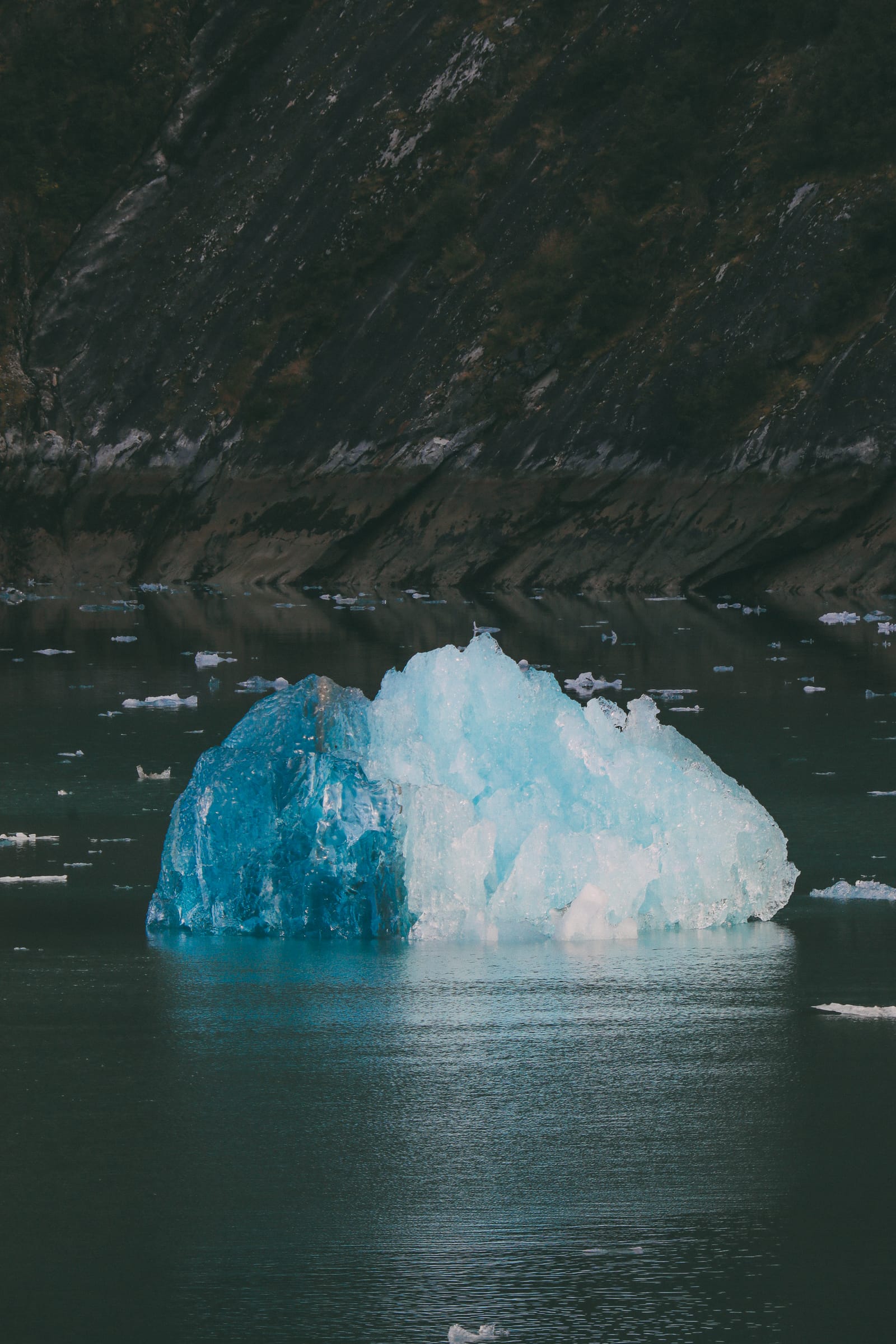 Eventually, after getting as close to the glacier as possible, the ship turned around and headed back out of the fjord in the direction of Juneau! 🤗 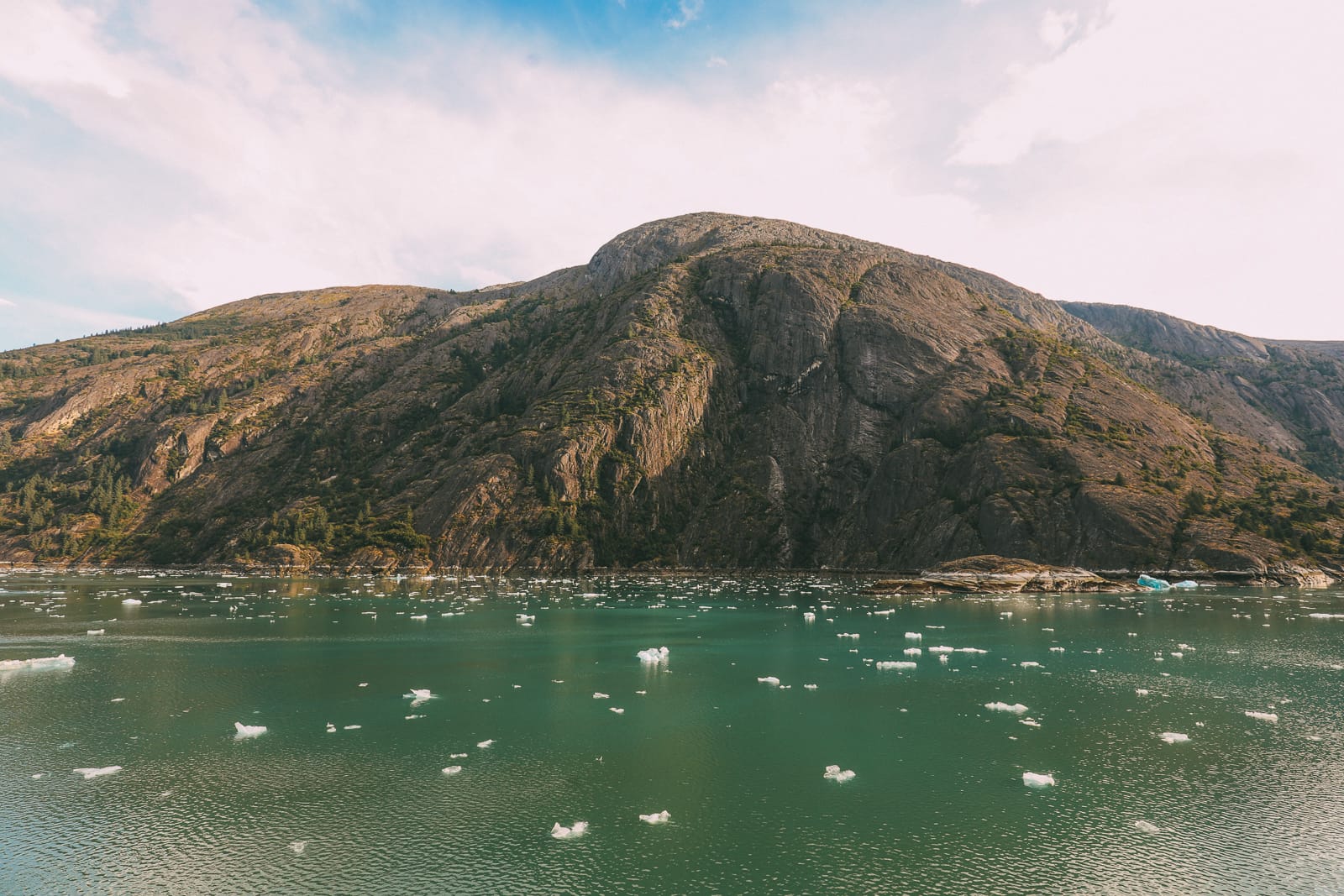 Juneau, by the way, was everything we’d hoped for and more! 😁It was absolutely incredible and easily the highlight of the whole cruise – I’ll show you exactly why in the very next post!

12 Best Things To Do In Bilbao, Spain

14 Best Restaurants In Iceland To Visit 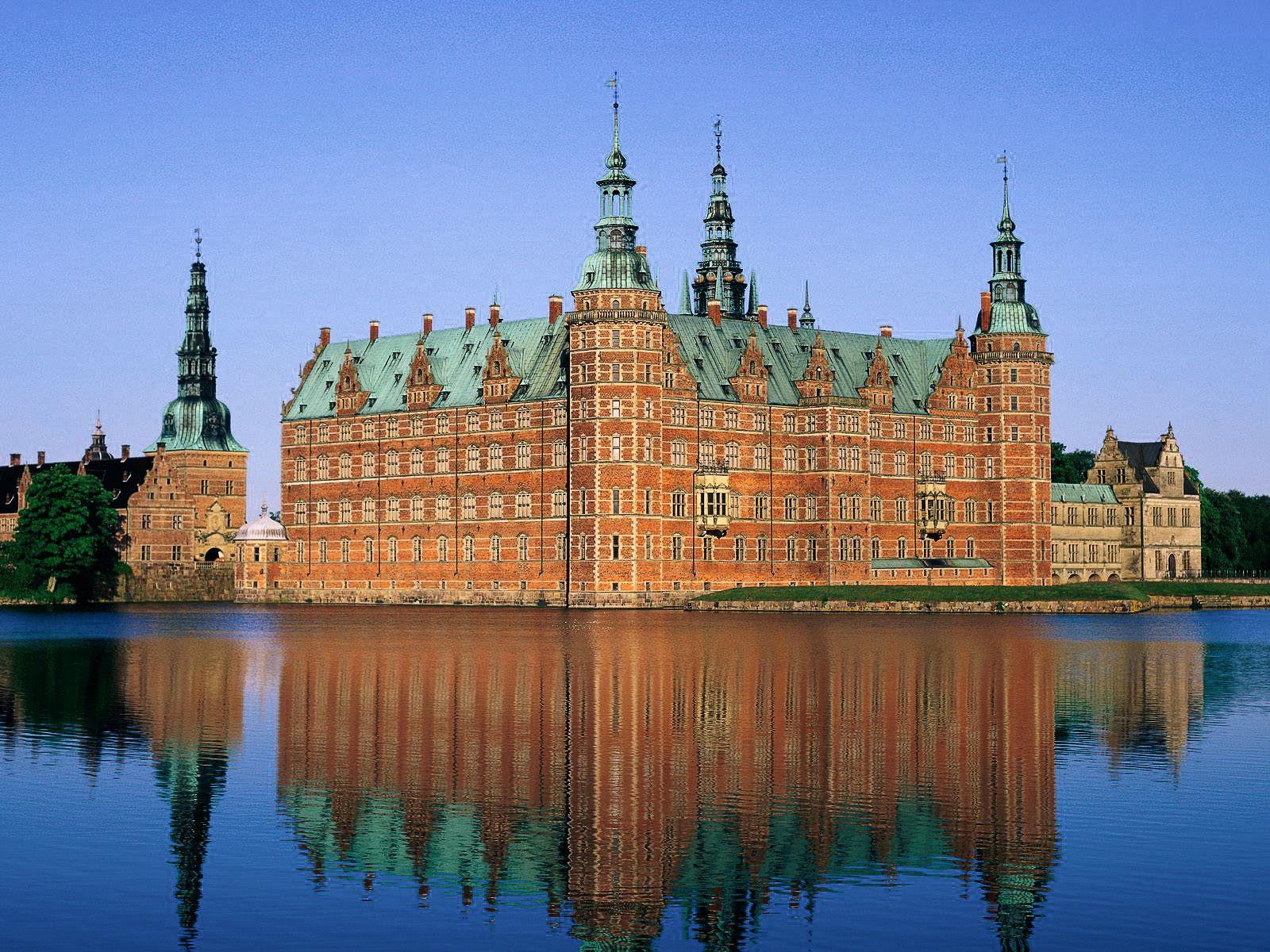 9 Beautiful Villages And Towns To Visit in Denmark 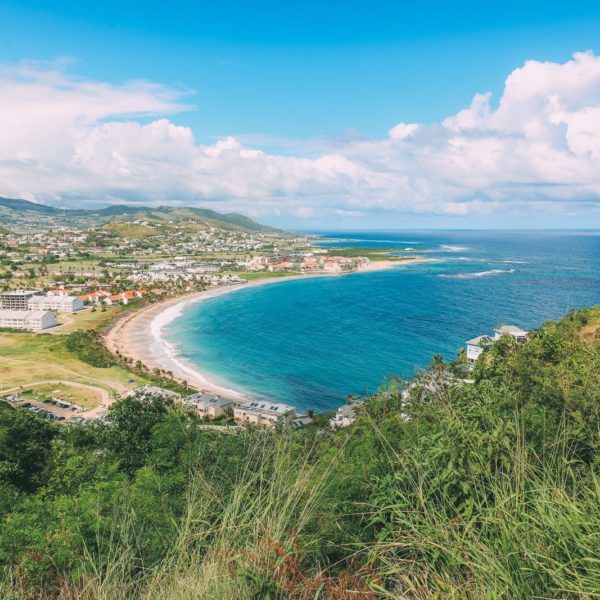 First Impressions Of The Island Of St Kitts 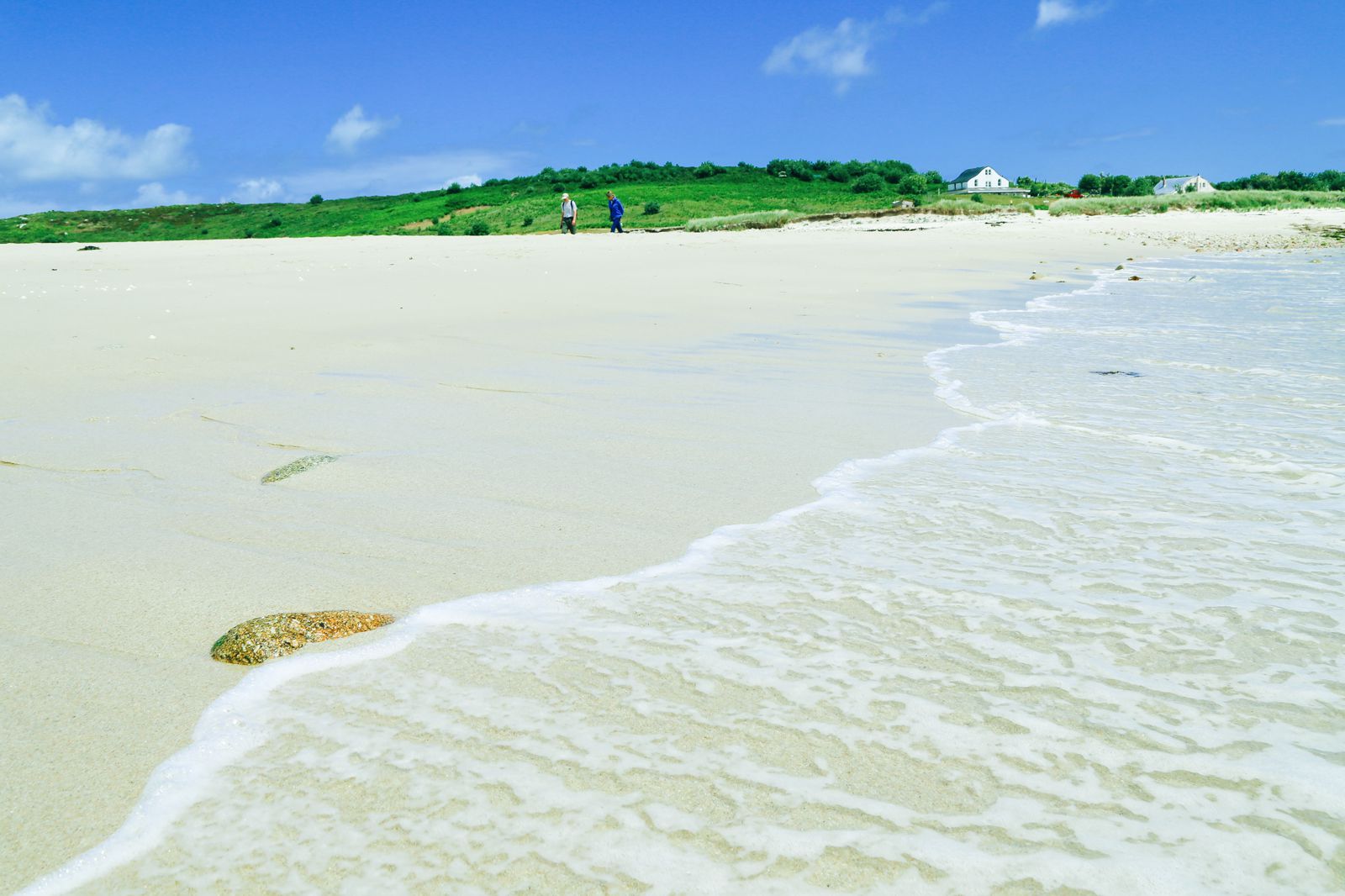