Weekend Trip: The Best Things To Do In Gdansk 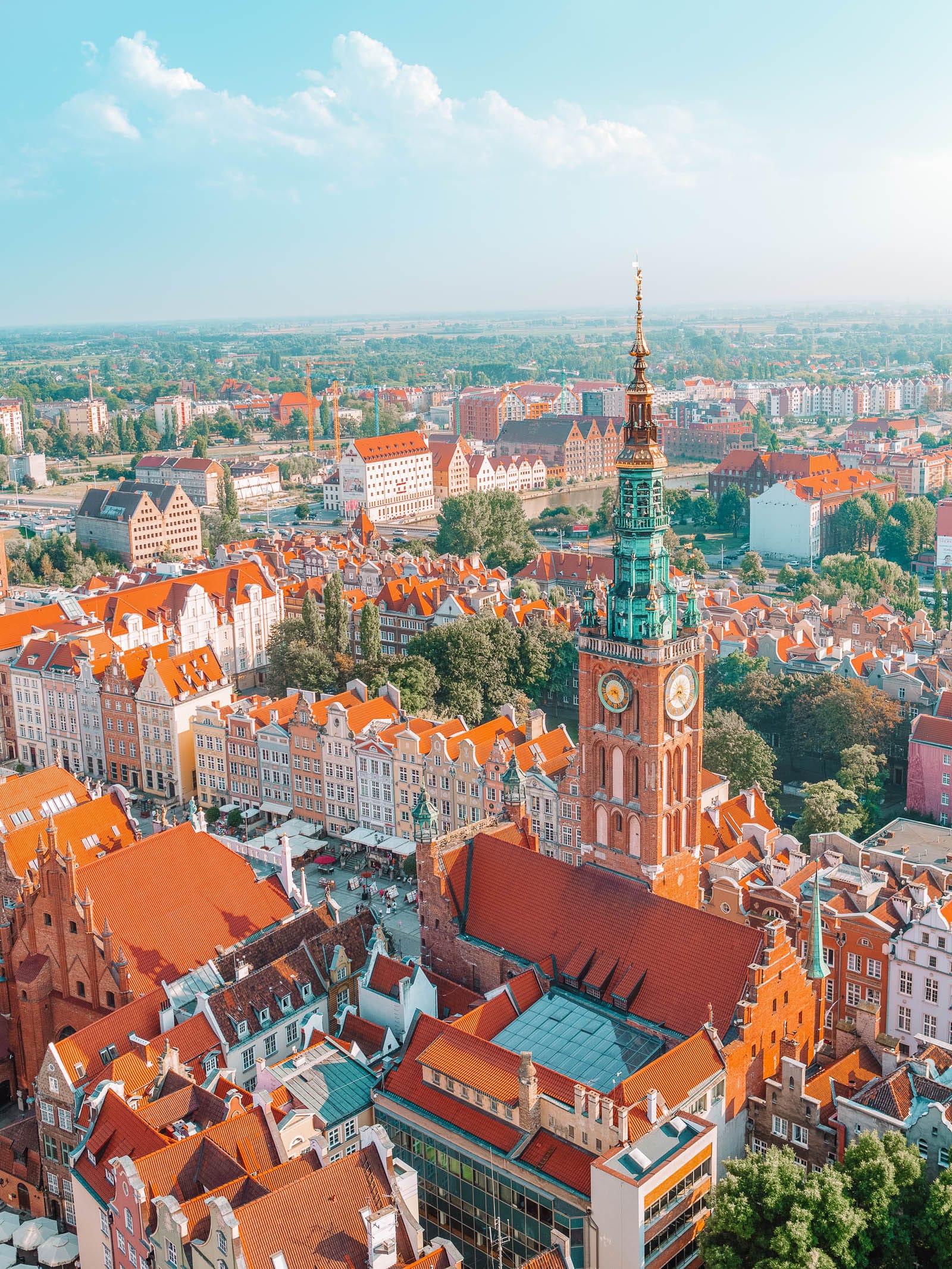 Perched on Poland’s northern coastline, the historic city of Gdansk is one of Poland’s prettiest seaside cities. With a pretty rich heritage and history that makes this city the perfect place to visit for a weekend city-break.

I have always wanted to visit Poland, but with so many awesome cities and natural parks to see, I found it really hard to choose – that is until I ‘discovered’ the quaint city of Gdansk.

After what felt like an eternity of waiting, we finally got around to booking our tickets, choosing our location and deciding on the best places to see while in this relatively small Polish city.

How To Get there?

Poland has such an established network of international flights that it makes a journey to the city relatively easy – even if it is only for a weekend.

Flying from London was around €50 (return) but don’t think that this is the only way to travel to Gdańsk.

The city is served by Europe’s network of railways and is easily accessible if you are planning a visit as part of a wider exploration of Europe.

Where to stay in Gdansk 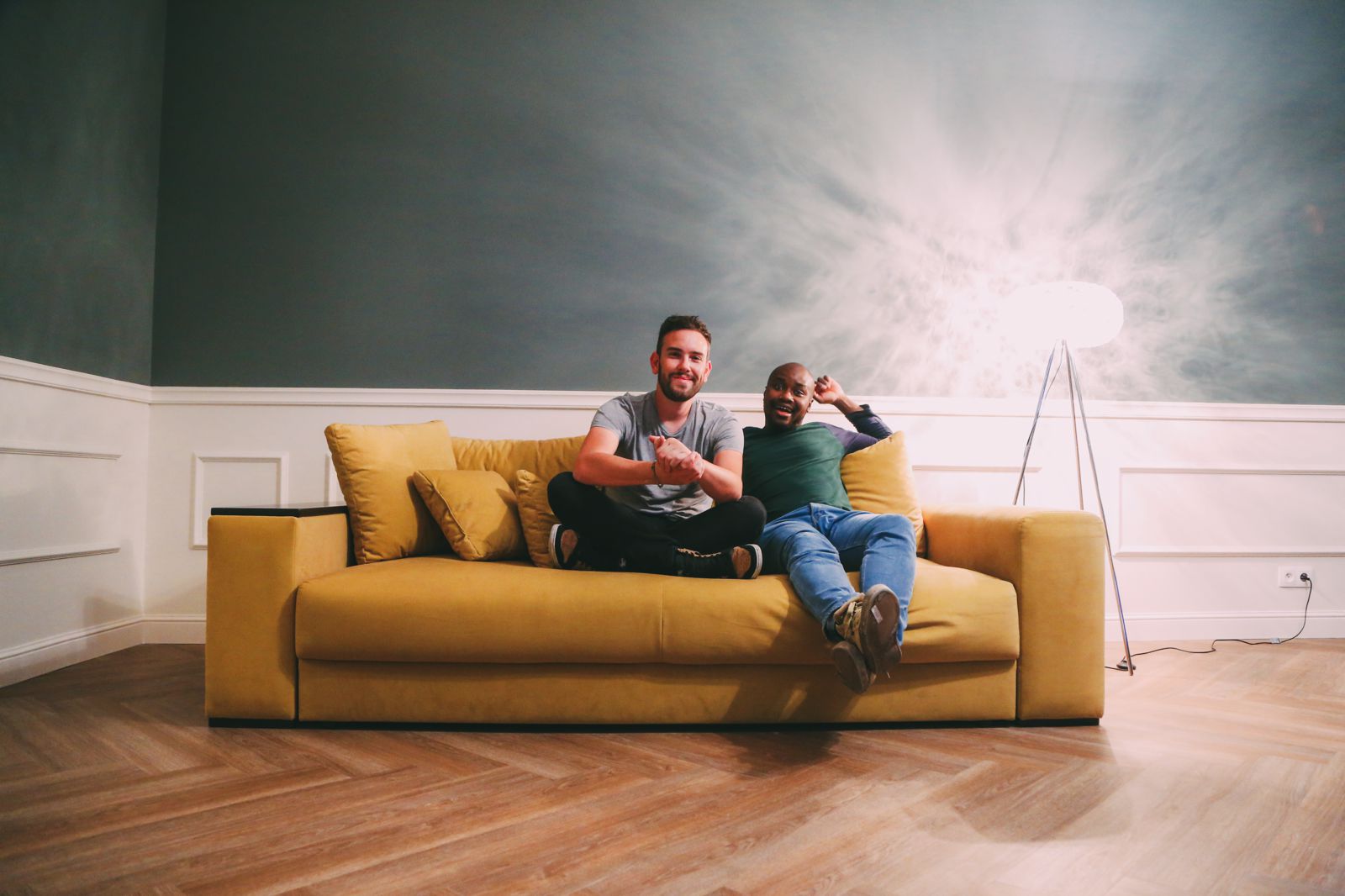 Gdańsk has such a vibrant mix of places to stay. We knew while we were there that we wanted to stay in a period property, one that really was typical of historic Gdańsk. Straight away we used the power of the interwebs to discover places to stay on AirBnB.

After a wee while of searching, I found a beautiful apartment for the weekend, which dated back to when Gdańsk was part of the Free City Of Danzig, an autonomous city-state that is similar in size to some of the picturesque micro-states of Europe that I really want to explore much more.

The apartment was beautiful, I think I actually let out a squeal when I walked through the door – it was stunning. 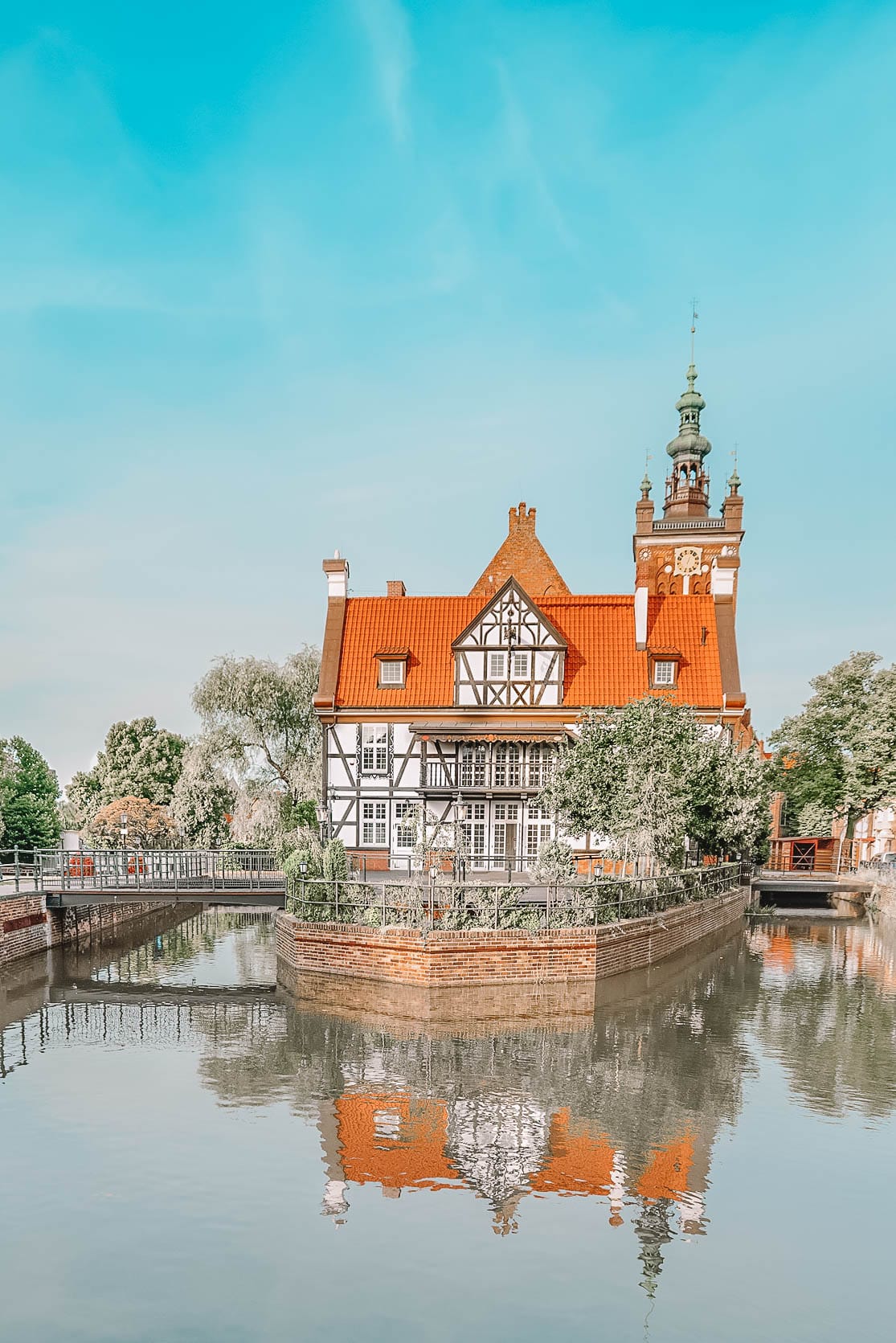 After undertaking a brief exploration of the city, I soon realised how walkable Gdańsk is – we actually walked the whole central belt of the city in a few hours. Public transport is relatively inexpensive, prompt and easy to find.

I only wished I had known this before we arrived. For some reason, I thought a hire car would be a good idea (don’t ask me why) but we ended up only using it for our transfers to and from the airport.

The only time I would actually recommend getting a car is if you want to explore the surrounding coastline (which, by the way, is stunning)!

8 Things to see in the city

While in Gdańsk, we were able to visit some amazing sights and with the weather on our side – we had the most fantastic few days! Here are some of the amazing places we would recommend seeing while visiting:

1.) See the colours of The Old-Town 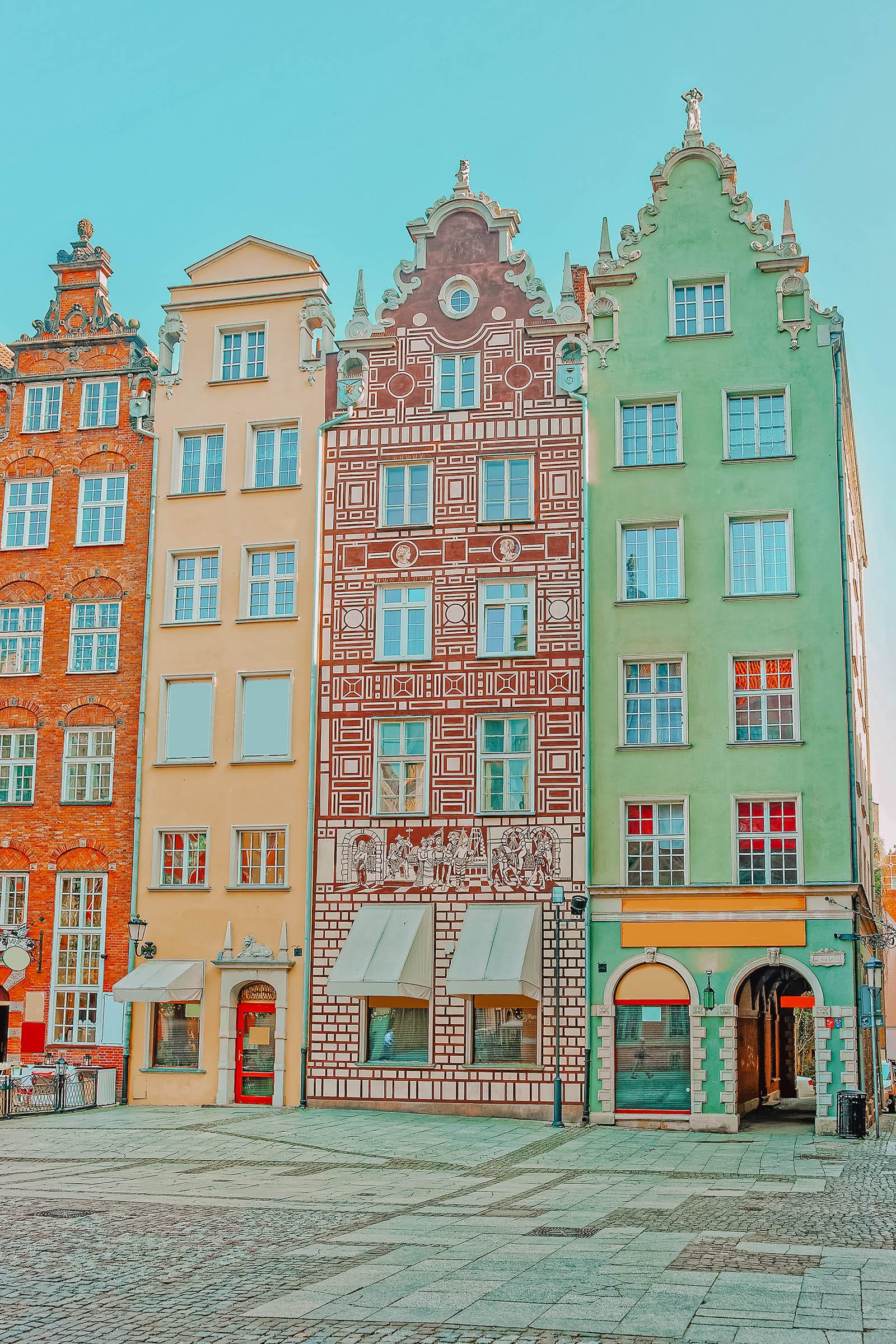 The historic centre of the city is a beautiful place to start your exploration, with some stunning architecture that’s heavily influenced by Germanic and Polish tradition. 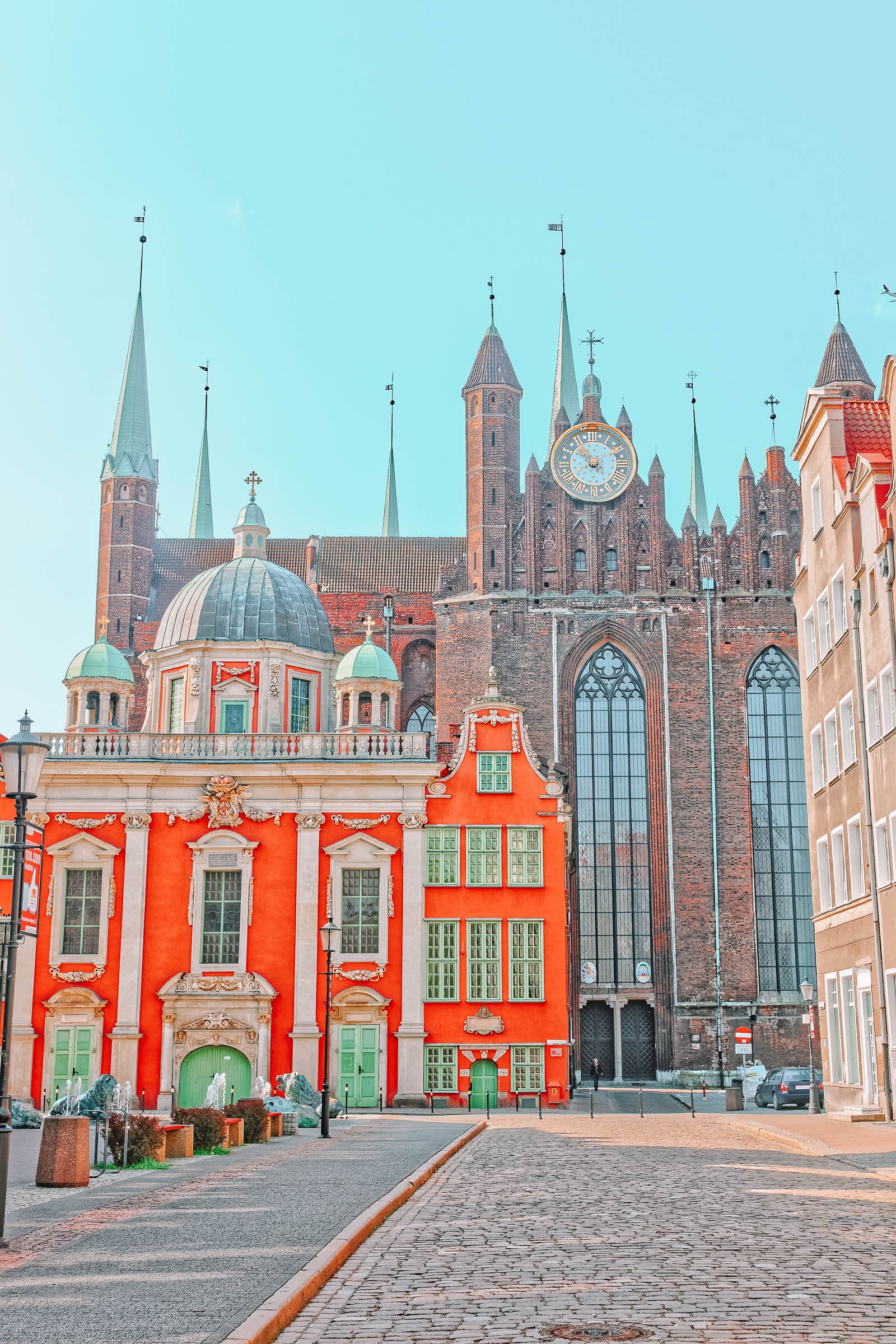 The colourful streets of Dluga Street is a quaint place to wander, even for a few hours. Don’t forget to keep your eyes wide open for the hundreds of gargoyles that line the city streets – some scary, some imposing and some downright adorable!

There is such a great character to the Old Town, making it one of my top places to spend a sunny (or snowy) afternoon. Just remember to wrap up warm with the latter! 🙂 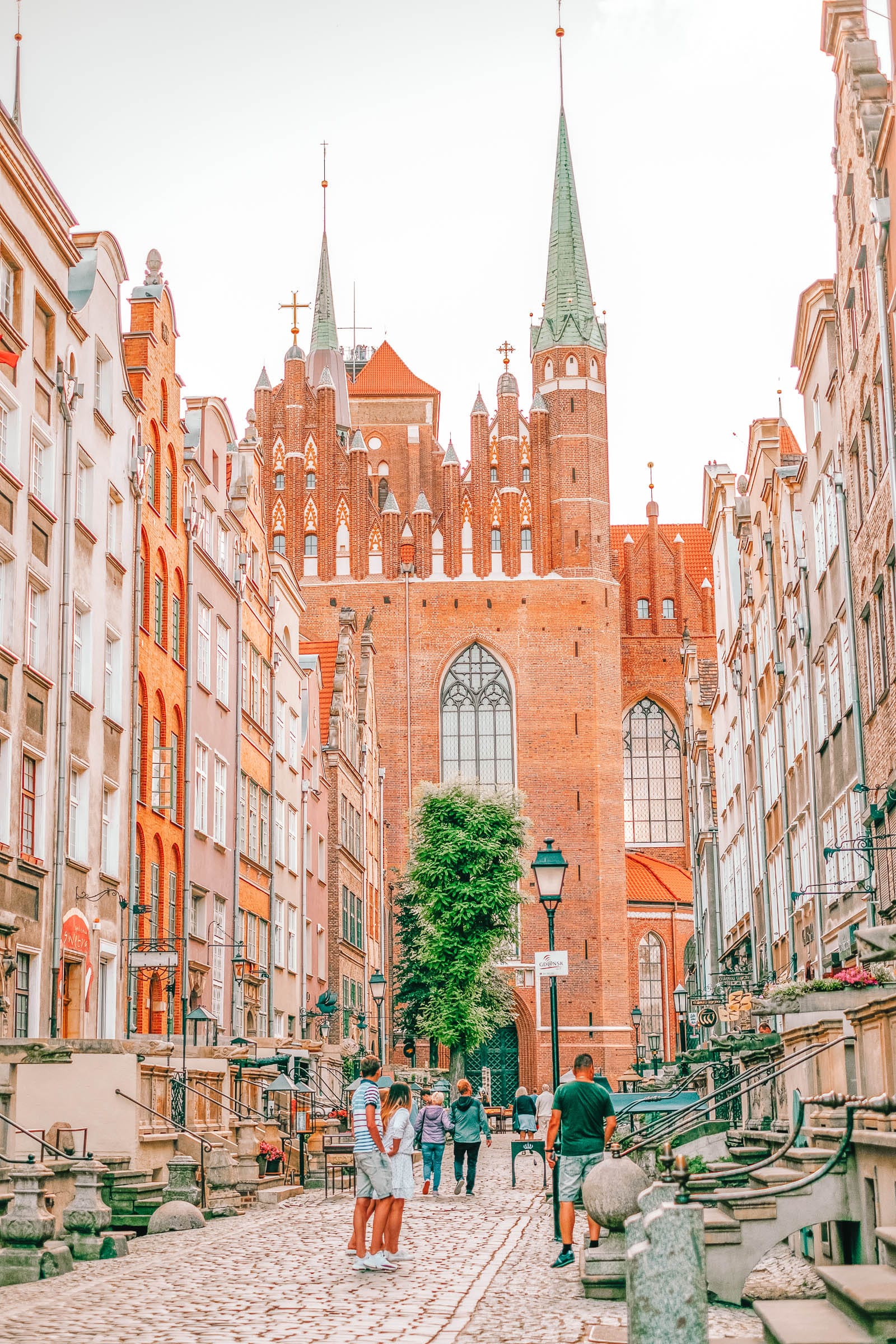 Amber is part of Gdańsk’s heritage. It seems to be everywhere and has such a heritage that dates back hundreds of years when locals would (and still do) create some of the most intricate and beautiful jewellery in all of Eastern Europe.

Baltic Amber was very much prized for its beauty. Much of the amber at the Amber Room in Kaliningrad, Russia was actually sourced from the Bay of Gdańsk – showing the historic value and prized nature of this natural resin. 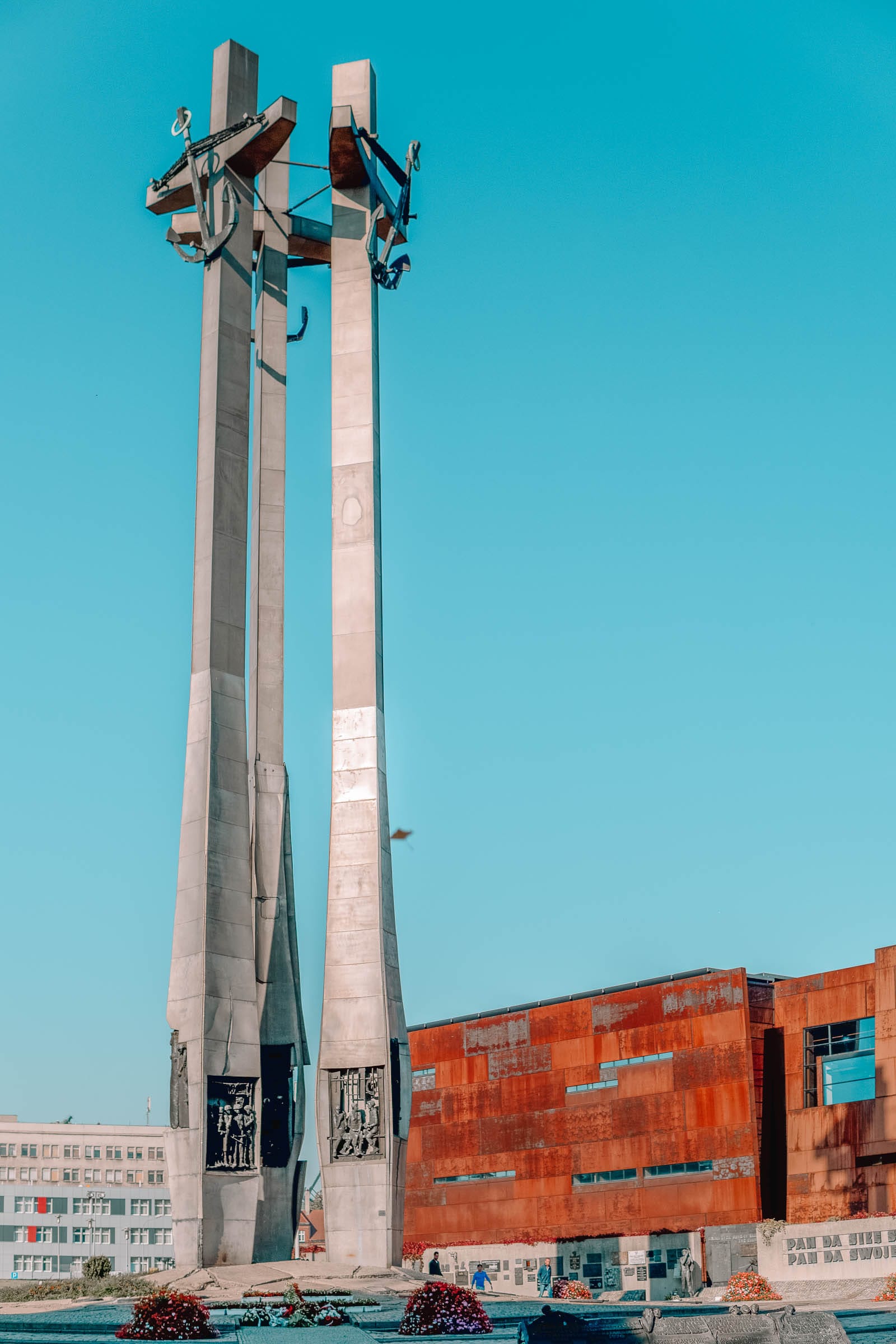 A relatively new place to explore in Gdańsk, the European Solidarity Centre showcases some of the histories of this region.

Take an hour or so, wander around and learn much more about this region. You can actually feel a change in atmosphere within the building itself, with the imposing 45 metre high crosses standing proud to remind us all of the many lives lost in this region. 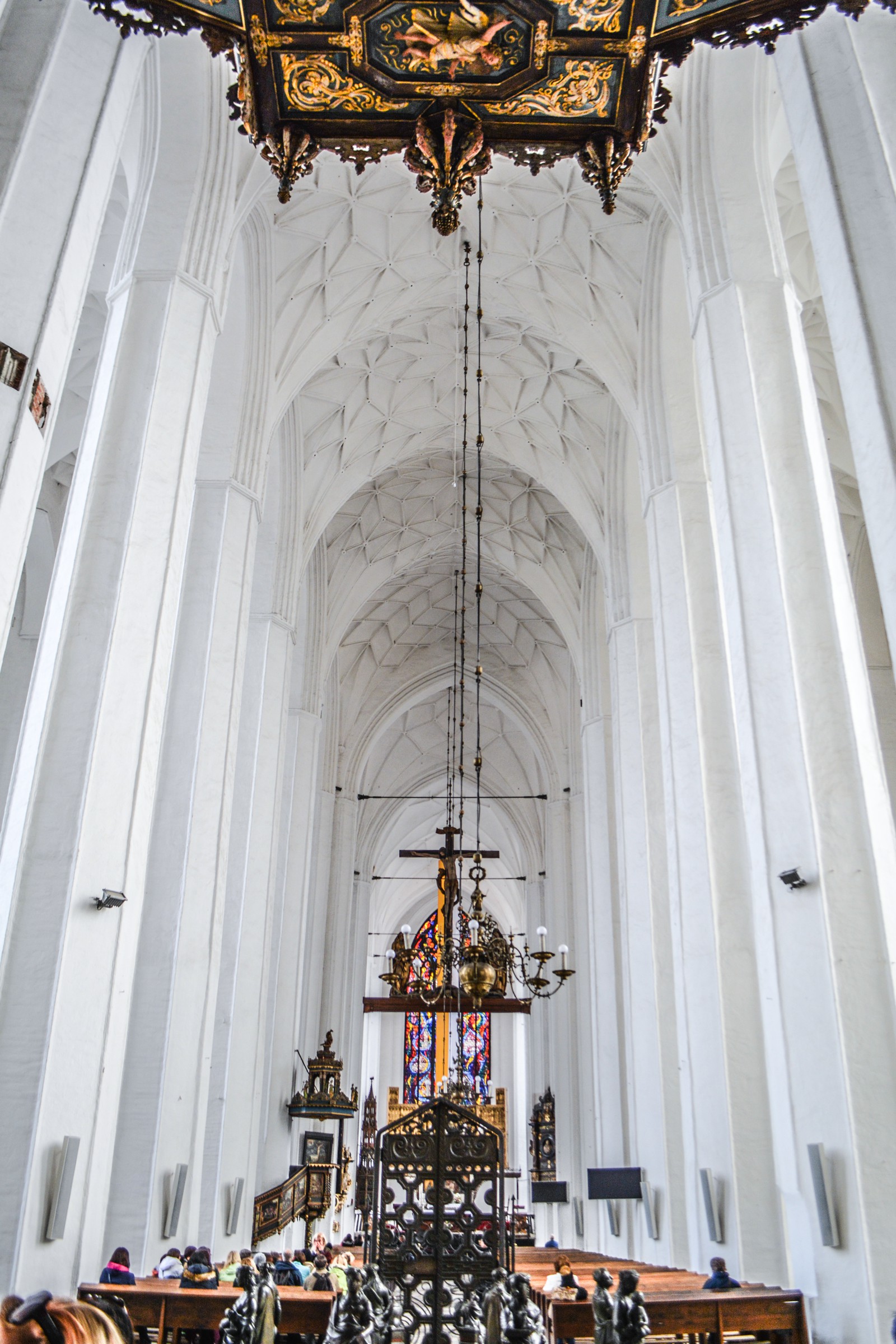 It doesn’t happen intentionally, but somehow Yaya and I always end up visiting a church on Sunday when we travel. And, Kościół Mariack is a totally a spectacular place to visit, whether you are religious or not.

If you’re feeling energetic you can even climb the tower for a few euro – which provides some great views across the city. 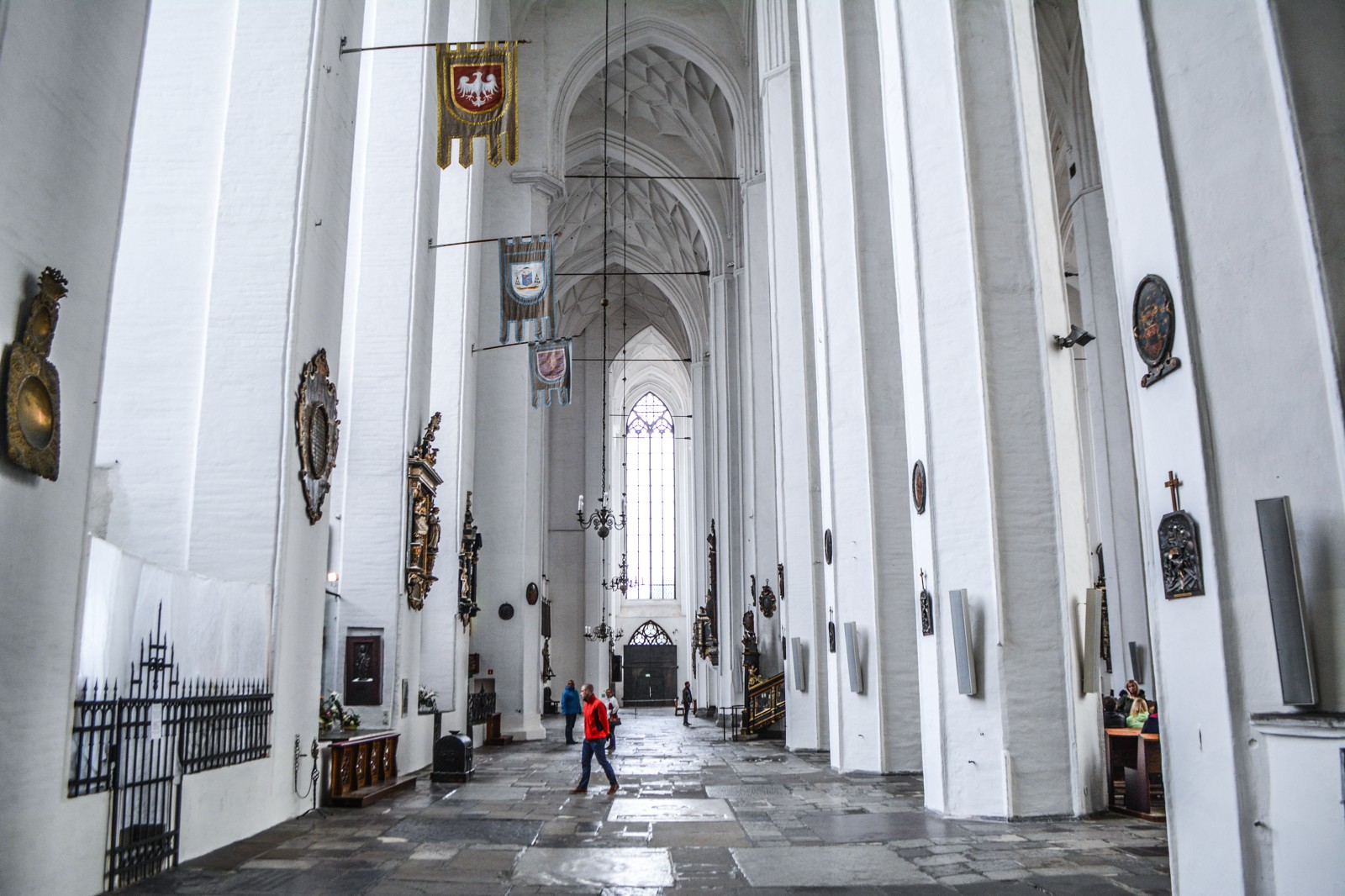 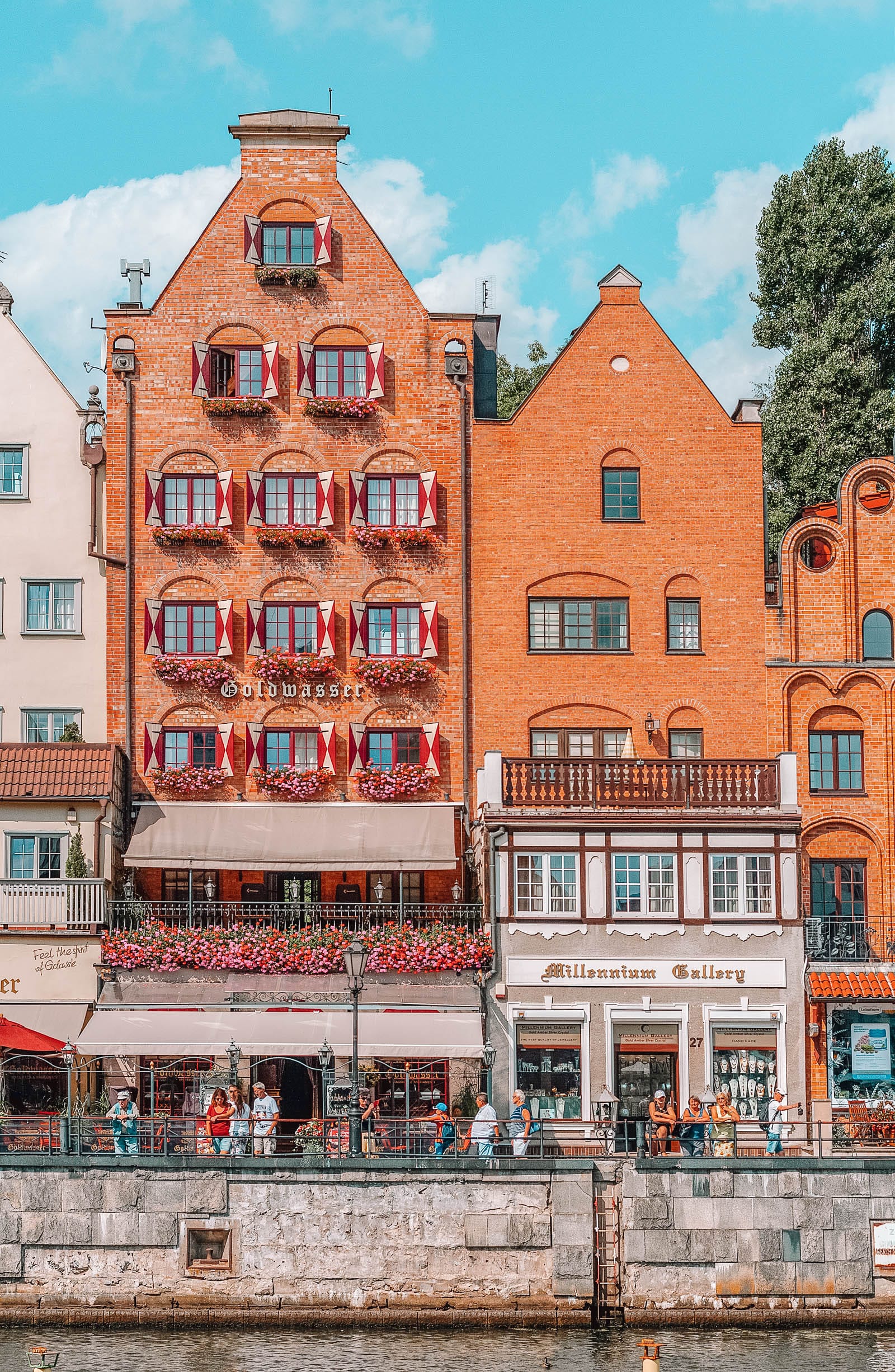 Head a little north (about 100 metres) from the old town and you’ll come across the Motlawa River area.

This stunning embankment is a great place to see some of the historic buildings in Gdańsk. One thing I really wish we had been able to do is to take a boat tour from this area, which looked like a great way to explore some other areas surrounding Gdańsk… then again, there’s always a next time 🙂 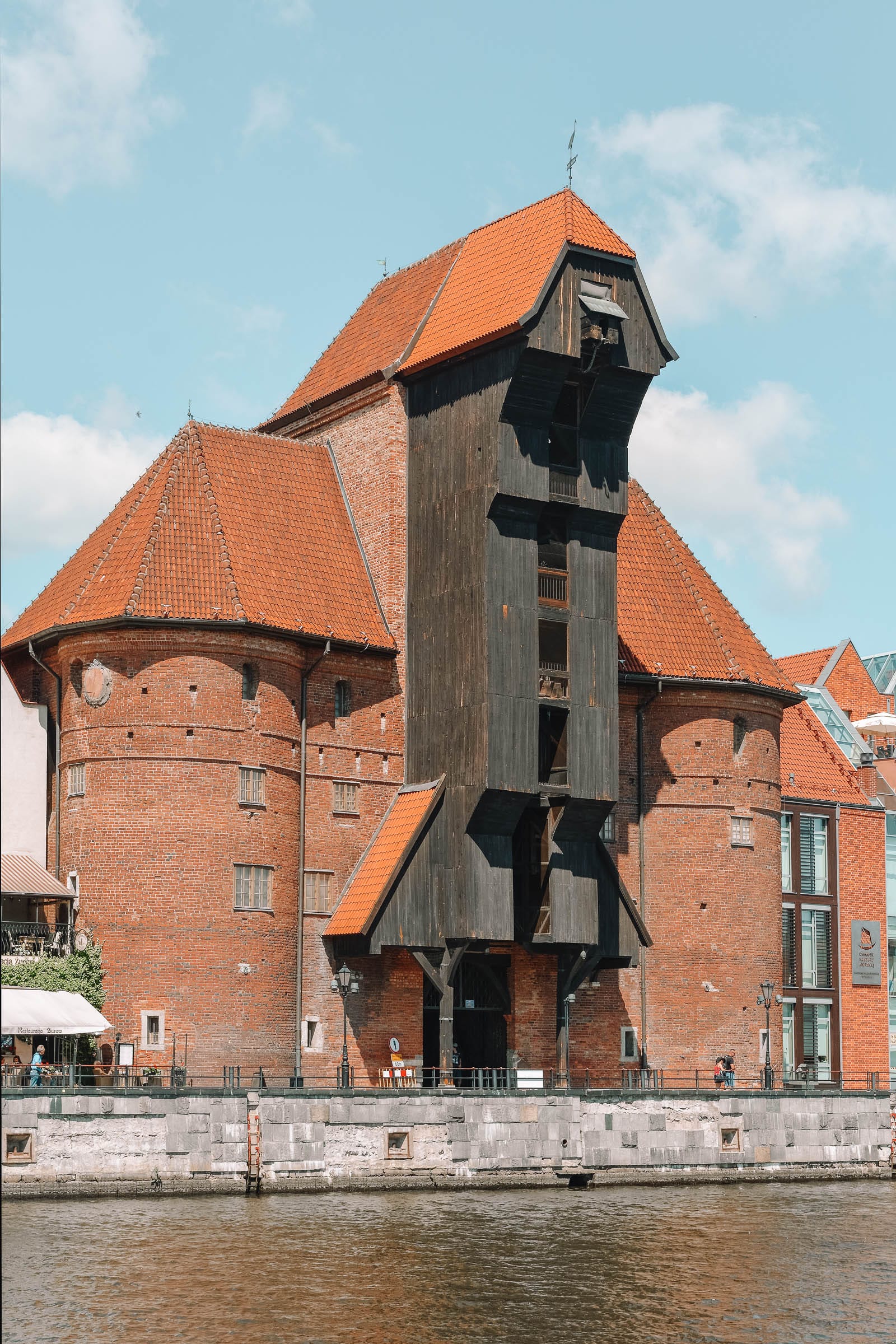 The only fully restored and biggest re-construction in the world, the Zuraw Crane is well worth a visit. This medieval crane dates back over 500 year, with it being reconstructed due to the awful impact of World War II.

The Zuraw Crane is opening to visitors in the summer months with it being totally free on a Saturday. 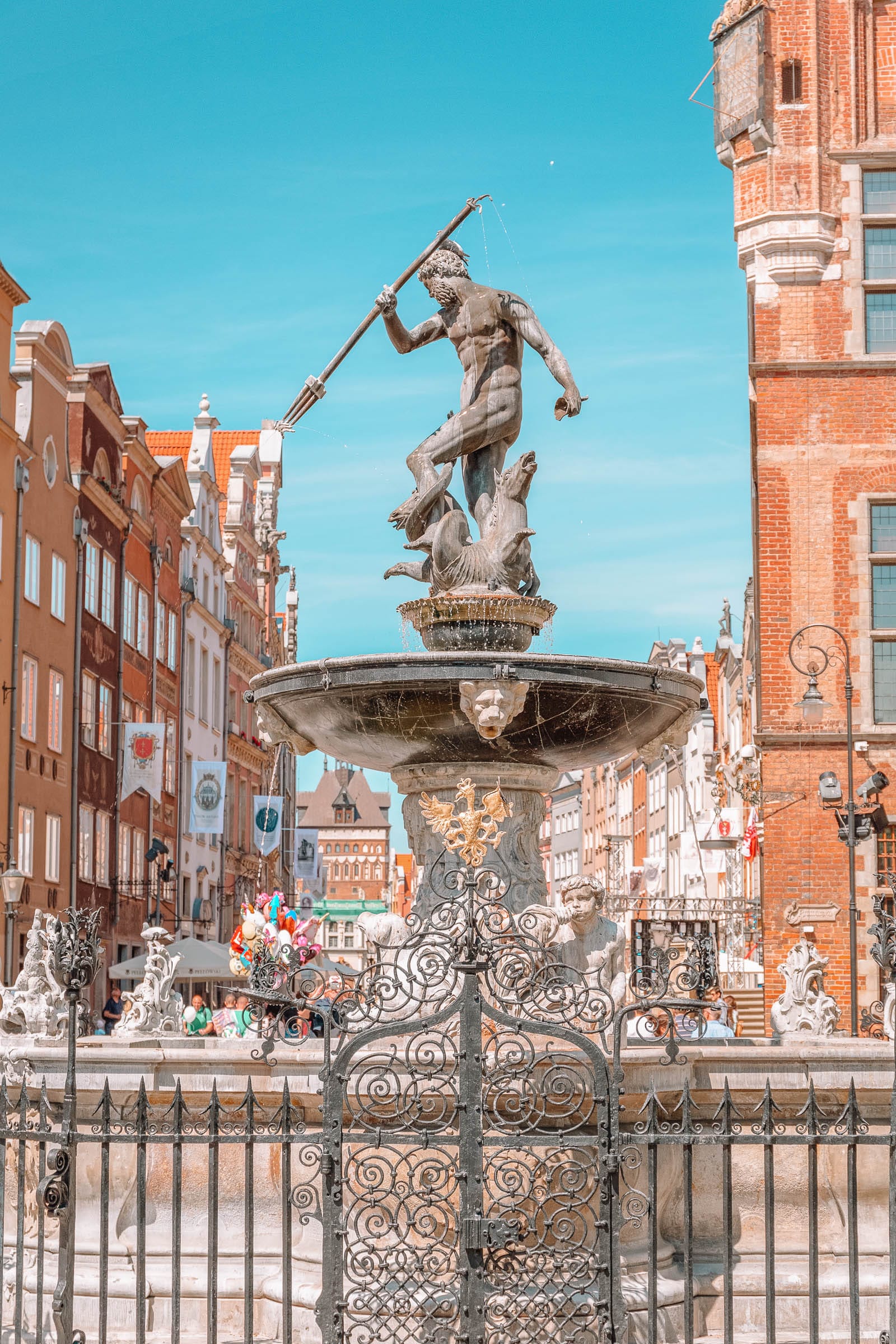 Situated in the popular Long Market area of Gdańsk, Neptune’s Fountain is unmissable. Over the last century, it has come to represent Gdańsk all across Eastern Europe.

It will be hard to miss the ‘god of the sea’, even if he had his roots in Greek mythology. 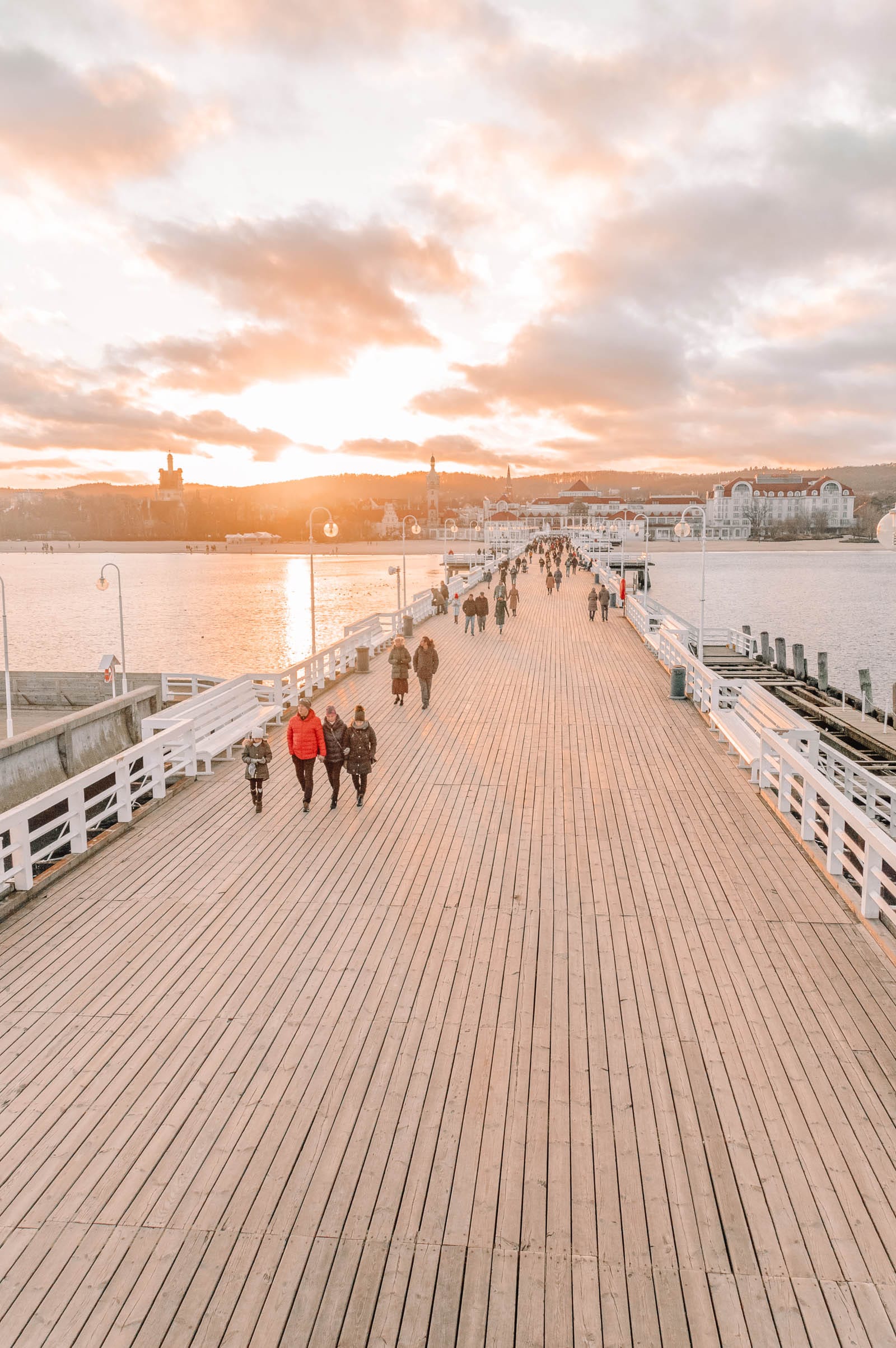 The spa town of Sopot is a mere 10-15 minutes away by train or taxi, it’s one of Poland’s most popular seaside resorts, with an impressive pier that jetties out into the sea. 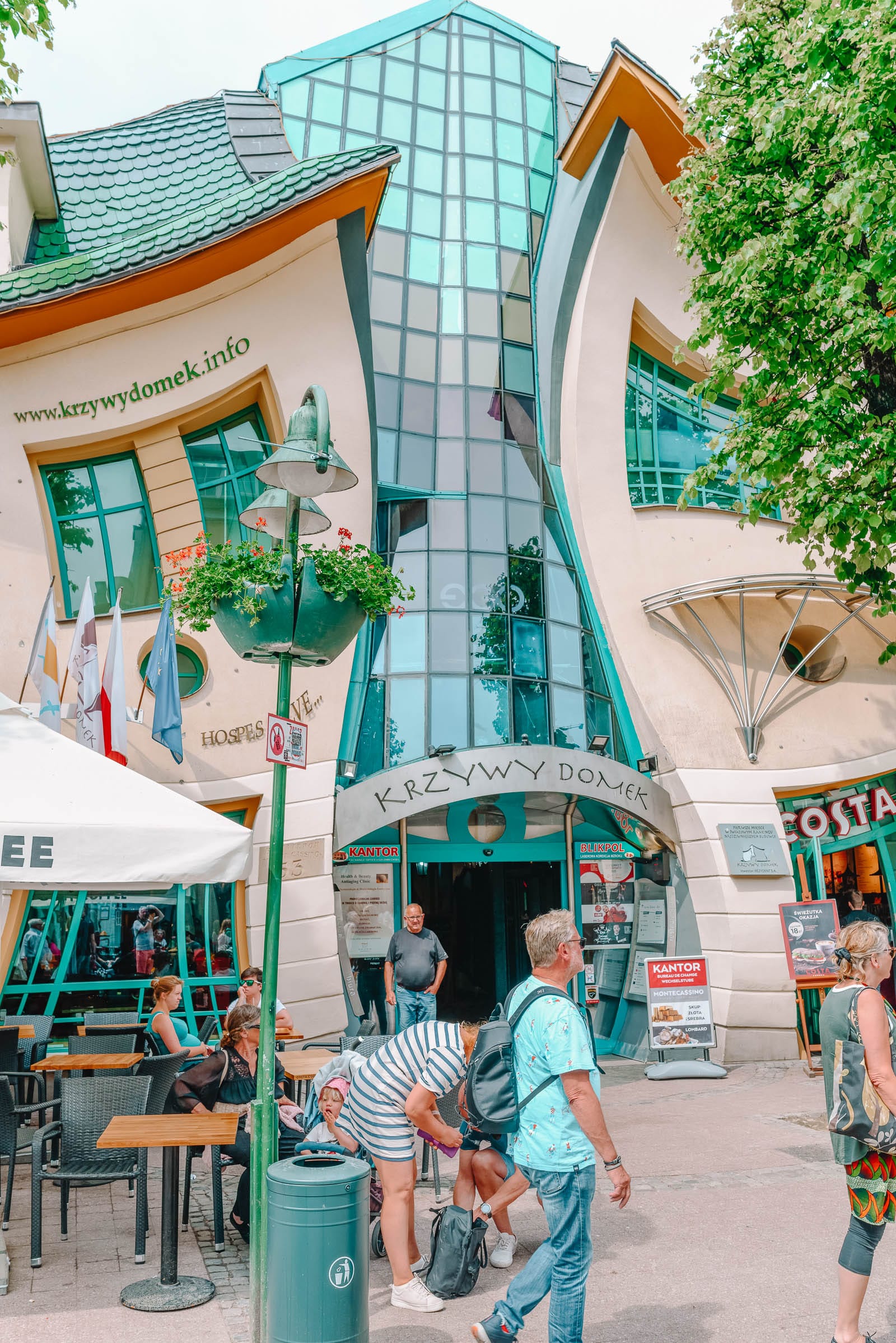 Although we visited in winter, Sopot is still worth a visit to witness the beautiful coastline (even if you do see a storm brewing in the distance). If you’re lucky enough to visit in Summer, take a towel, some sun-block and your bucket and spades to enjoy the golden sandy beaches of this wonderful coastline.

10 Best Places In Poland To Visit This Year 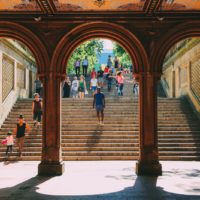 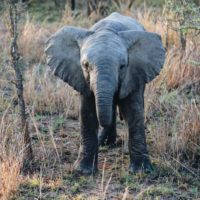 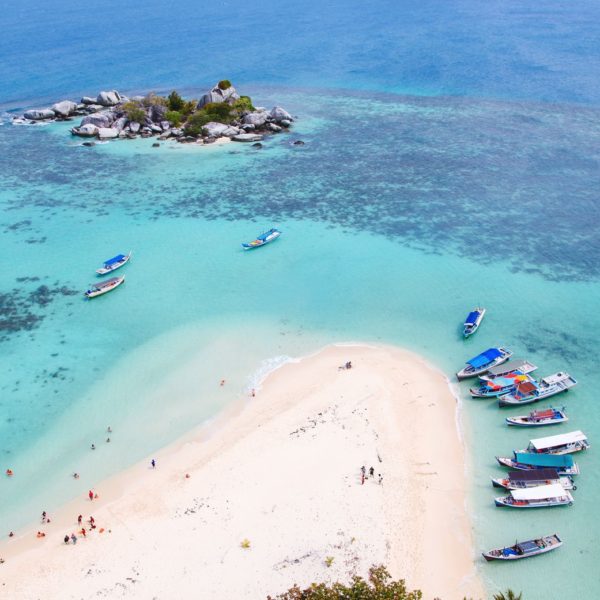 10 Places You Have To Visit In Jakarta, Indonesia 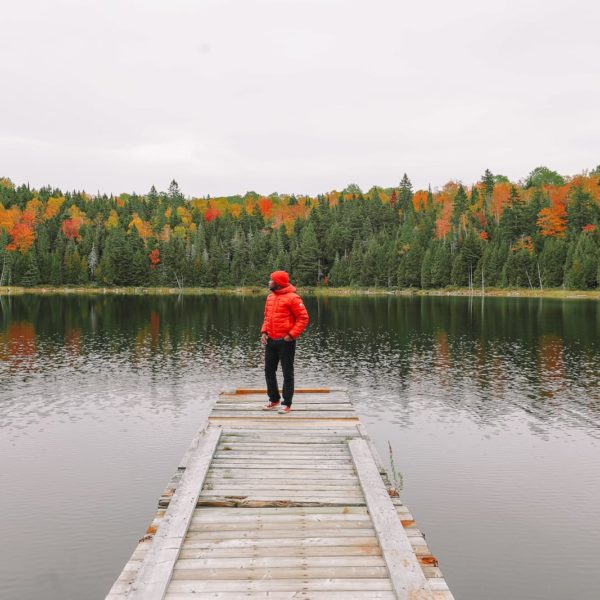 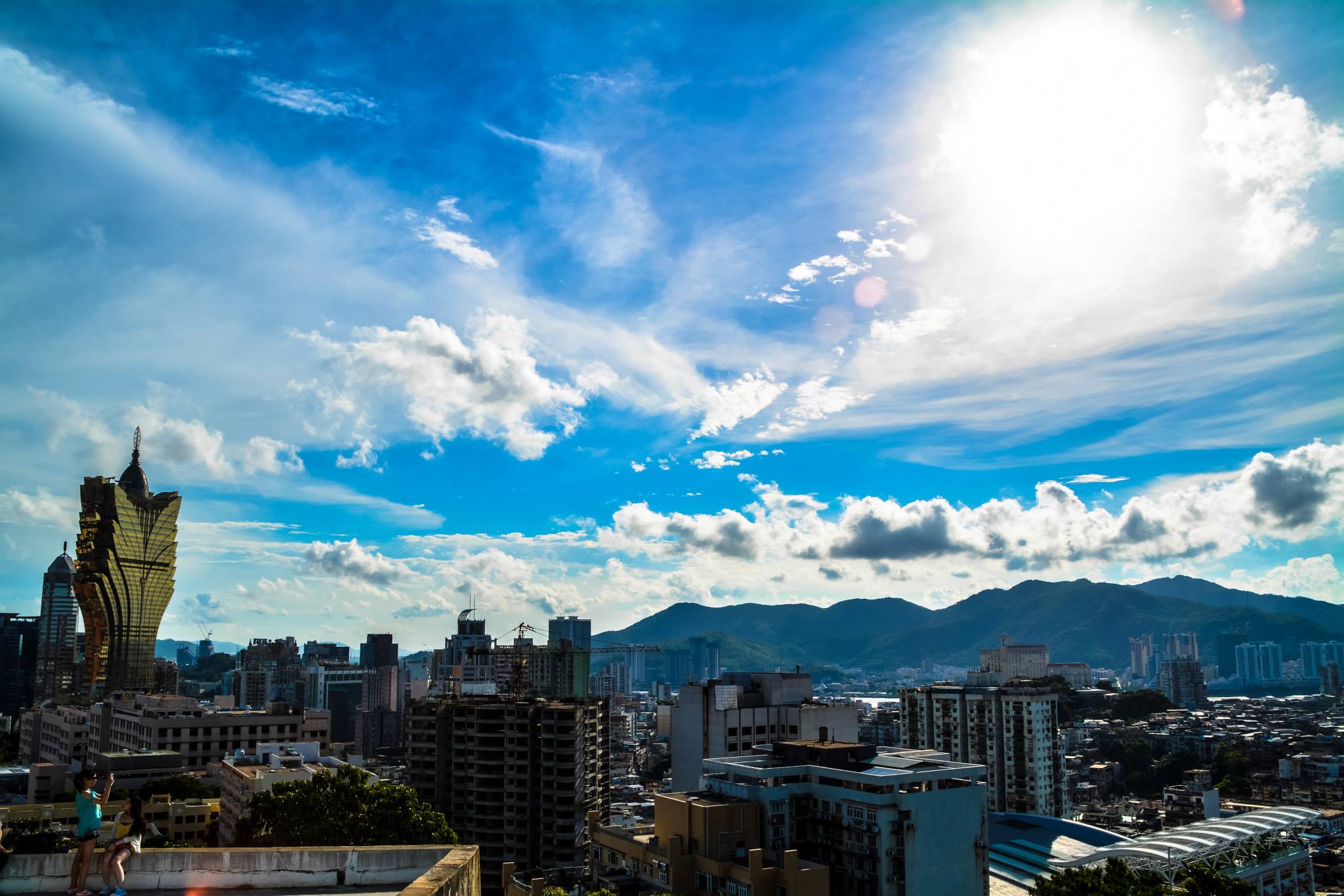 What Happens On An Impromptu Trip To Macau!