How To Find The Best Ice Cream / Gelato In Italy 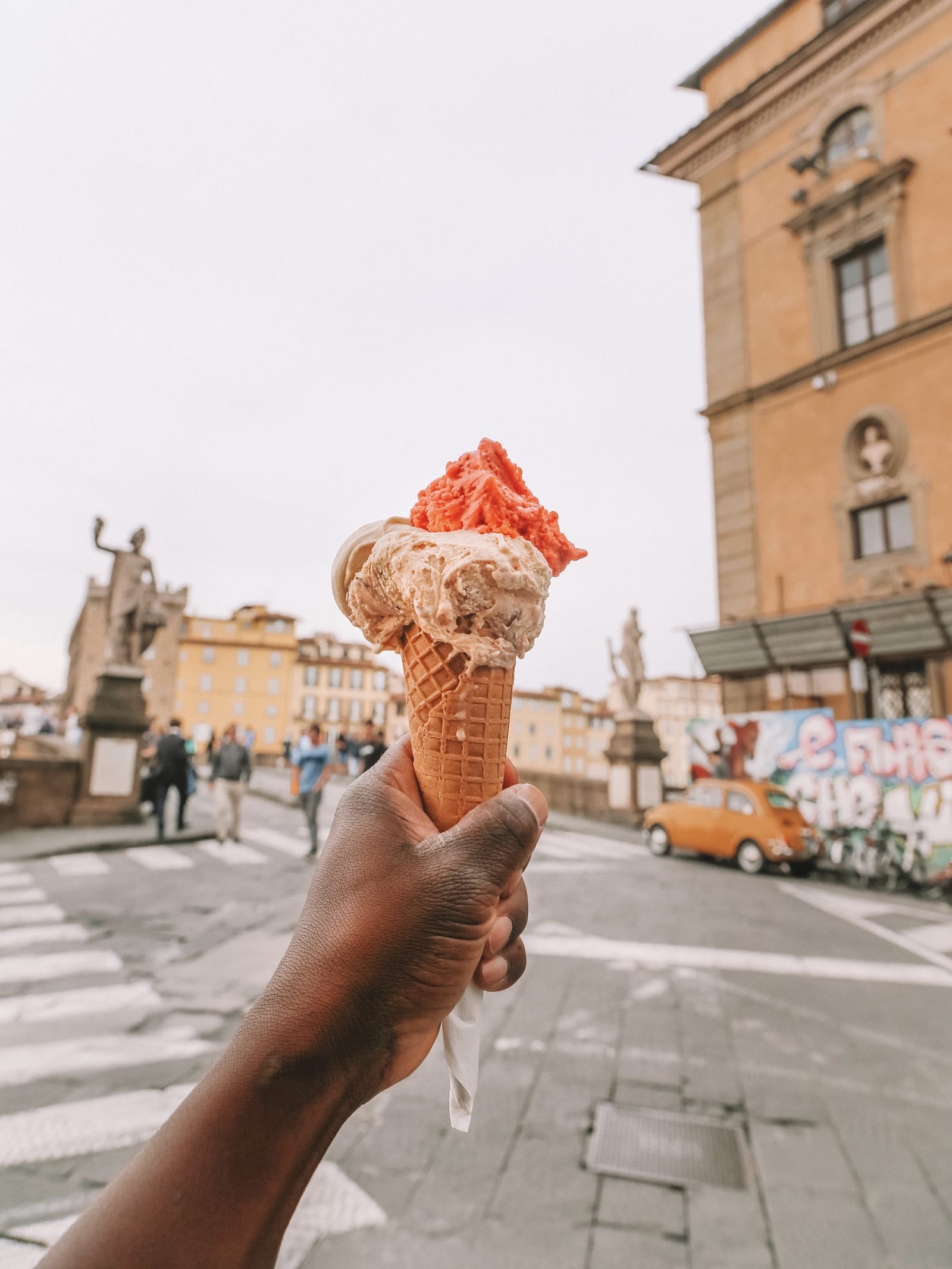 There’s nowhere quite like Italy when it comes to ice creams (or gelato, as the locals would call it). Italy is renowned the world over for its ice creams and there isn’t a single city or town you’ll visit in Italy where you won’t find some homemade ice cream parlour. It’s one of my favourite things about Italy and judging from the reactions on here (and on Instagram), I’m not alone on this.

Randomly, I just found out that the very first ice creams were invented in Ancient Greece where snow was mixed with honey and fruit in Athens to give ancient ice creams. (Similar things happens across the world in different places over 2,000 years ago!)

Suffice to say, though, Italian are (arguably) the world experts these days when it comes to making ice creams. They’re so good at it that none of it really needs to be mass produced – it’s done in relatively small batches, in fairly small operations that result in people spending just that extra time and care to ensure they give you the best offering possible. 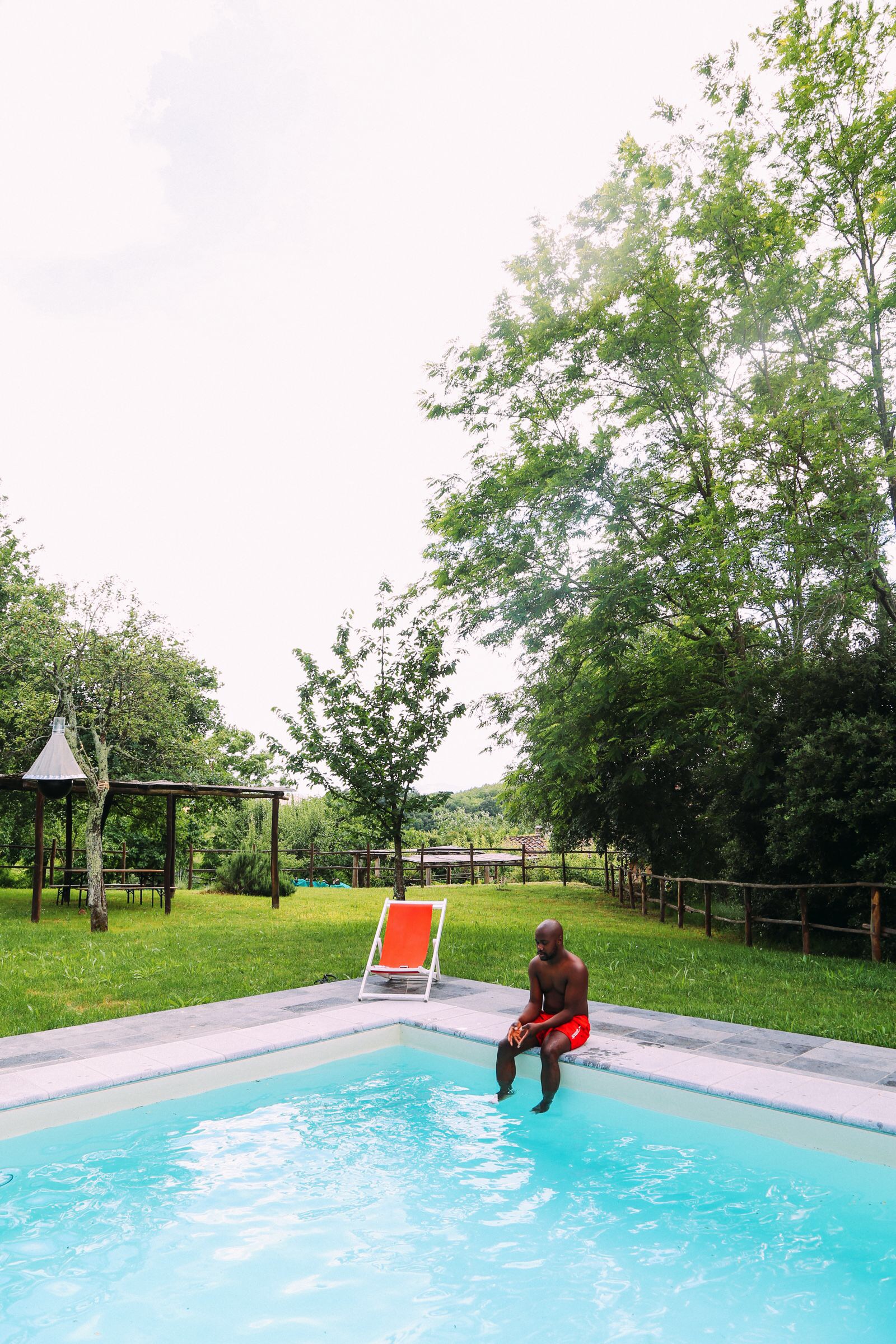 This is all to varying extents of course. Some places are just absolutely amazing at the stuff, some places aren’t so great.

In the past, the fact that the gelato was homemade was enough to know it was good but these days, it’s trickier to tell which places are good and which ones are – short of having to memorise the best ice cream parlour in every town, city and village all across Italy!

Here’s where I come in. Over several years of visiting Italy, of which every trip has pretty much involved eating gelato around the clock, I’ve developed a knack of knowing where to find the best ice cream in Italy and where to avoid.

I can’t take all the credit though, a lot of my knowledge of where to go for ice cream in Italy has been down to the locals I’ve met.

I’ve been on many a food tour, dined with locals, met up with my Italian friends in their cities, gone on road trips with Italian (at one point, I was in Italy at least once every month for over a year #humblebrag… haha!) and it’s really thanks to the knowledge gleaned from them that I am able to share some quick and easy tips on where to find the best ice creams (gelato) in Italy. 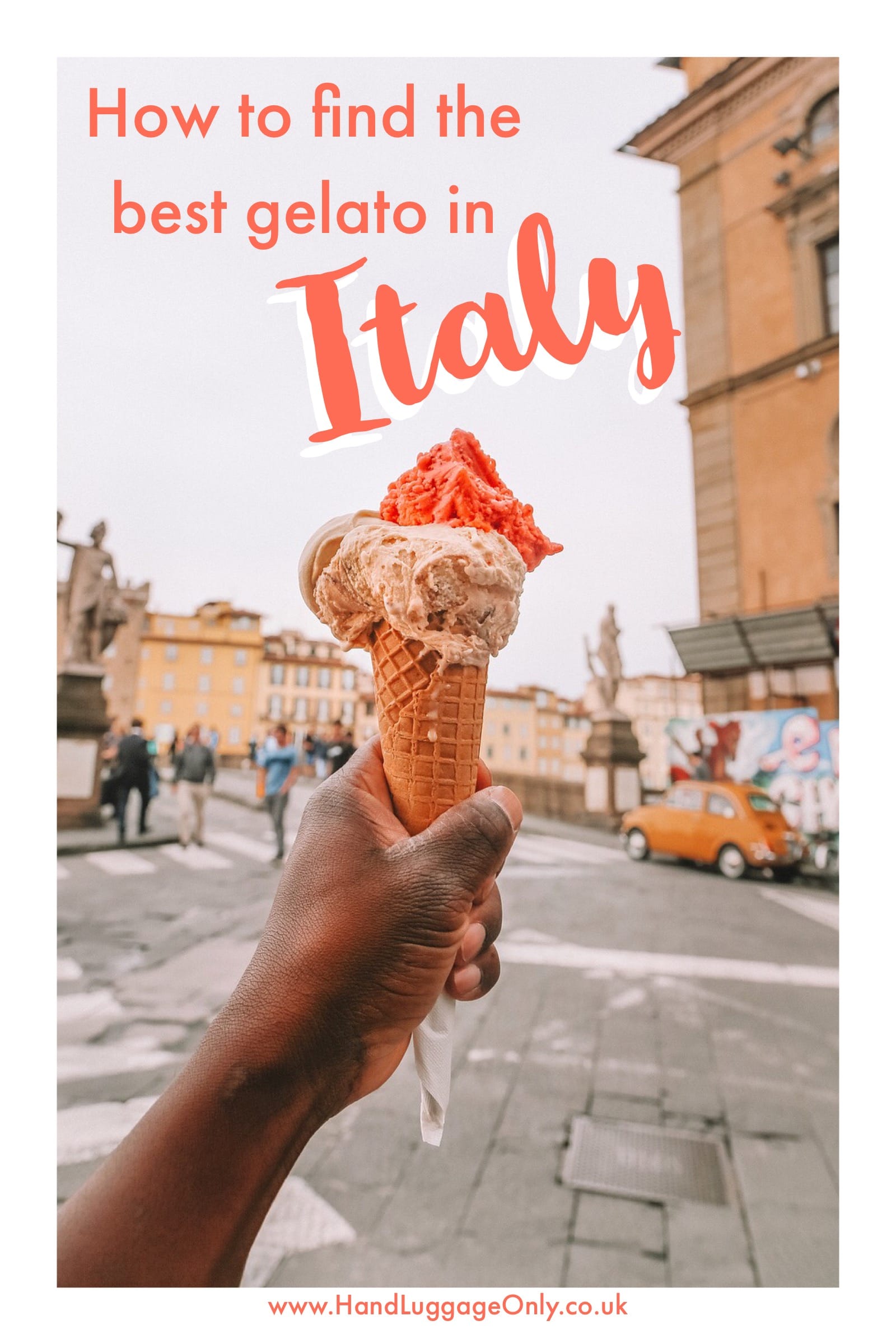 Let’s jump right in shall we?

More specifically, look out for the colours in pistachio and bananas. If the pistachio is bright green or the banana bright yellow, this ain’t the gelateria for you. The reason being that neither of those two naturally come in that colour. Naturally, pistachio is actually more light brown in colour and banana is more light grey in colour.

Pistachio, in particular, is an important one as it’s an expensive nut as so lower quality ice cream parlours tend to use different nuts (e.g. almonds) to make the ice cream and just add in artificial colouring and/or flavouring.

If an ice cream parlour/gelateria skimps on ingredients like this, you can rest assured they’ll be doing that across the board with the other ice creams they sell.

Point is, the really good places use real ingredients. They take the time to make the best stuff and wouldn’t skimp on things like this so avoid anywhere with bright green pistachio ice cream or bright yellow banana gelato.

The nature of how artisanal gelato is made means that unlike lower quality Italian ice creams, the good gelato tends to be fairly viscous* and can’t be piled high like cheap ice cream can. This is because really good quality gelato doesn’t have as much air in it, due to how it’s churned (which is great because it means you get more flavour in your ice cream).

Point is, good gelato tends to lose its shape when piled high and just tend to fall back flat whereas the lower quality ones will hold their shape a lot more (very much like most of your store-bought ice creams).

This is like the clearest sign that the ice cream is probably made commercially and hasn’t had the same level of attention as the good homemade stuff.

Now, don’t get me wrong, I have a tub of peanut butter Ben and Jerry’s in the freezer I’ve been working on at different intervals all day (I’m really trying to exercise some restraint here but it’s probably going to be all gone within the hour) so I have nothing against store ice creams. It’s just not what you travel to Italy for.

The gelatos in Italy are amazing and you’ll never find anywhere in the world that does them quite the same across the board so when you’re in Italy, you really want to give yourself the best gelato experience possible.

Back to my original point about tubs in gelaterias in Italy – they tend to be from mass production facilities and are definitely not the kind of gelato you want to have in Italy. What you should look out for particularly are the cylinders which is a pretty great sign you’re in the right place.

Failing that, those rectangular metallic tubs are also not a bad sign either – the only problem with them is that both good and bad ice creams tend to ‘live’ in them so it’s a harder signal to use when trying to decide if a place is good or not.

4.) Look our for seasonal fruits 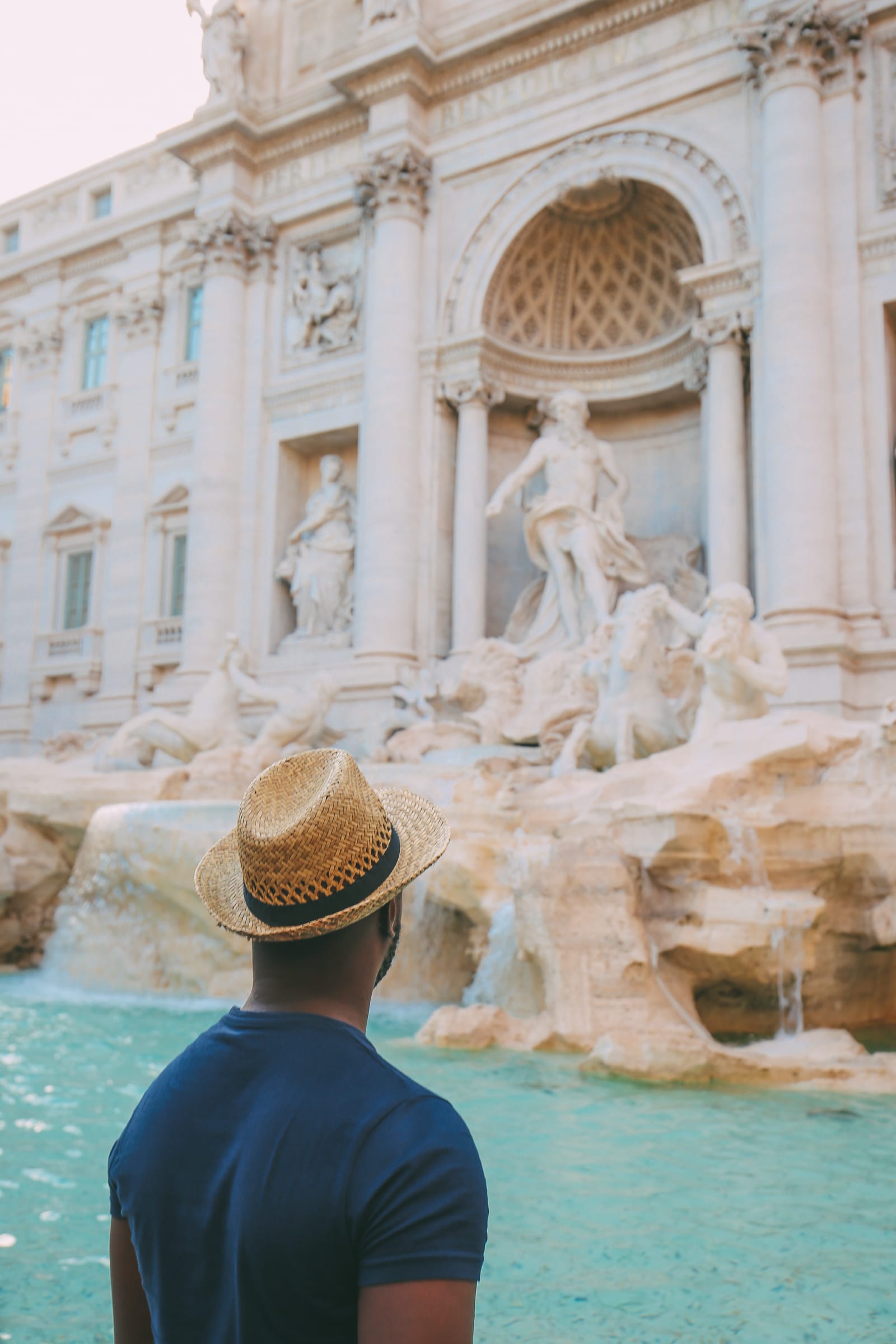 Have you ever bought strawberries out of season? They look great, feel great and end up tasting more like sour lemons than strawberries. It’s so frustrating (especially so as I’ll refuse to throw it away and instead wince through every single one as I try to finish the punnet). The same goes for grapes, plums…etc.

My (rather long-winded) point here is that if you walk into a gelateria in winter and find strawberry ice creams, perhaps be a tad wary. It’s not saying that the ice cream parlour is bad in particular – it’s just saying that you might want to avoid the non-seasonal ones to avoid disappointment.

Clearly, you can still get seasonal fruits out of seasons – thanks to amazing supply chain networks all across the world but the very best ingredients are the ones that are in season and haven’t had to travel too far.

Major sidebar: Take a pinch of salt with this one. I’m certainly not averse to strawberry ice creams in winter – in fact, it’s one of my favourite flavours regardless of what time of the year I’m in Italy so you know, it goes back to my point above – do what makes you happy! 😀

Notice how that’s ‘tests’ and not just ‘test’? Well, the proof is fundamentally in the pudding and so if you’re really unsure – you can always ask to taste them.

I remember in the earlier days feeling awkward about asking. I just felt like I was asking “Please can you give me free ice cream?” and even when I was offered, I wouldn’t think to ask for more flavours. I soon learnt that it’s acceptable to try as many flavours as you want (be realistic here, don’t go trying 15 flavours at once 😄 – hehehe!) and that it’s one of the best ways to truly decide what you want.

Remember, taste is relative and so despite what I said in point one about the pistachio/banana tests, if you trying LOVE bright green pistachio ice creams, have that! The ice cream is meant to make you happy after all so do what makes you happy.

Don’t be afraid of a queue 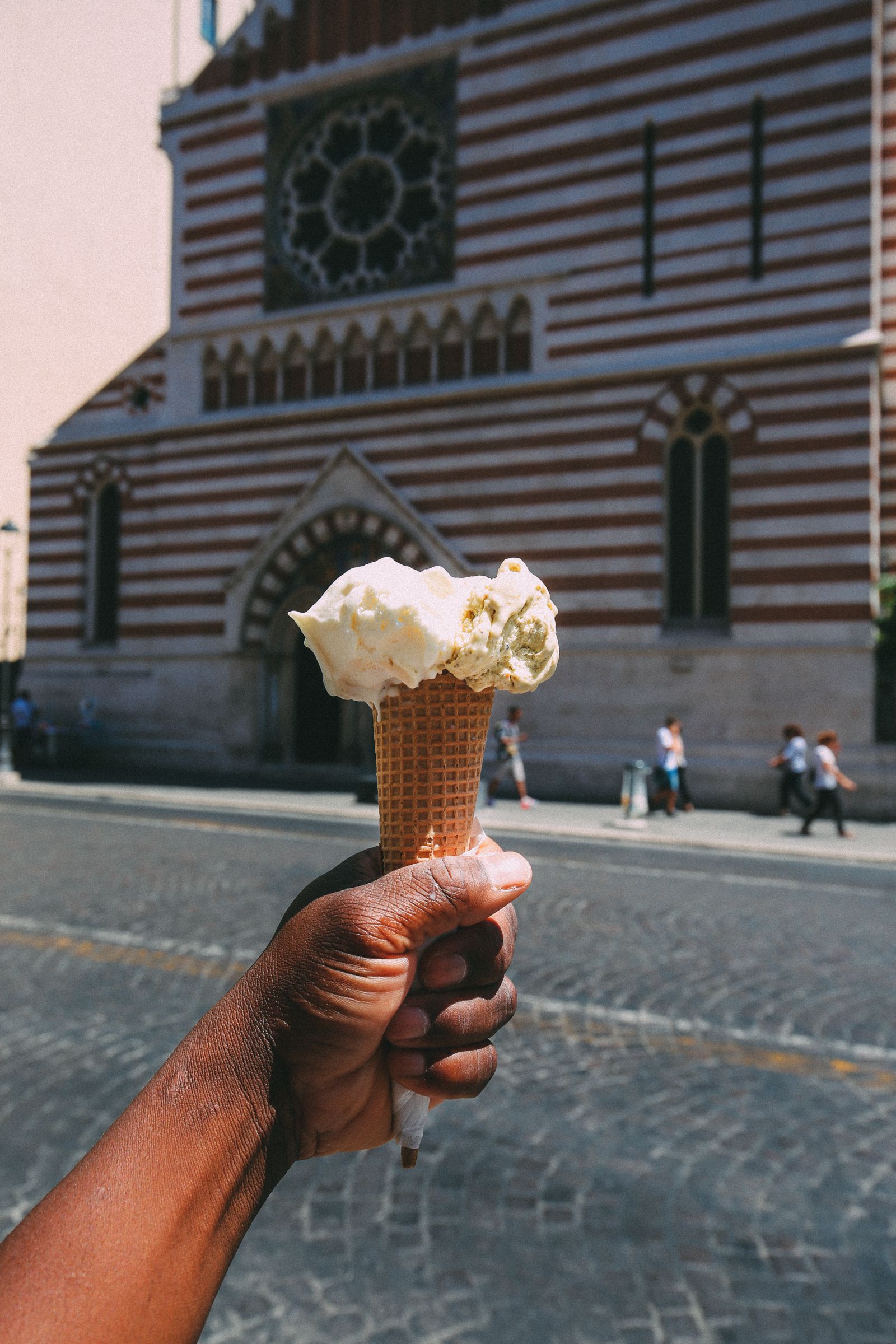 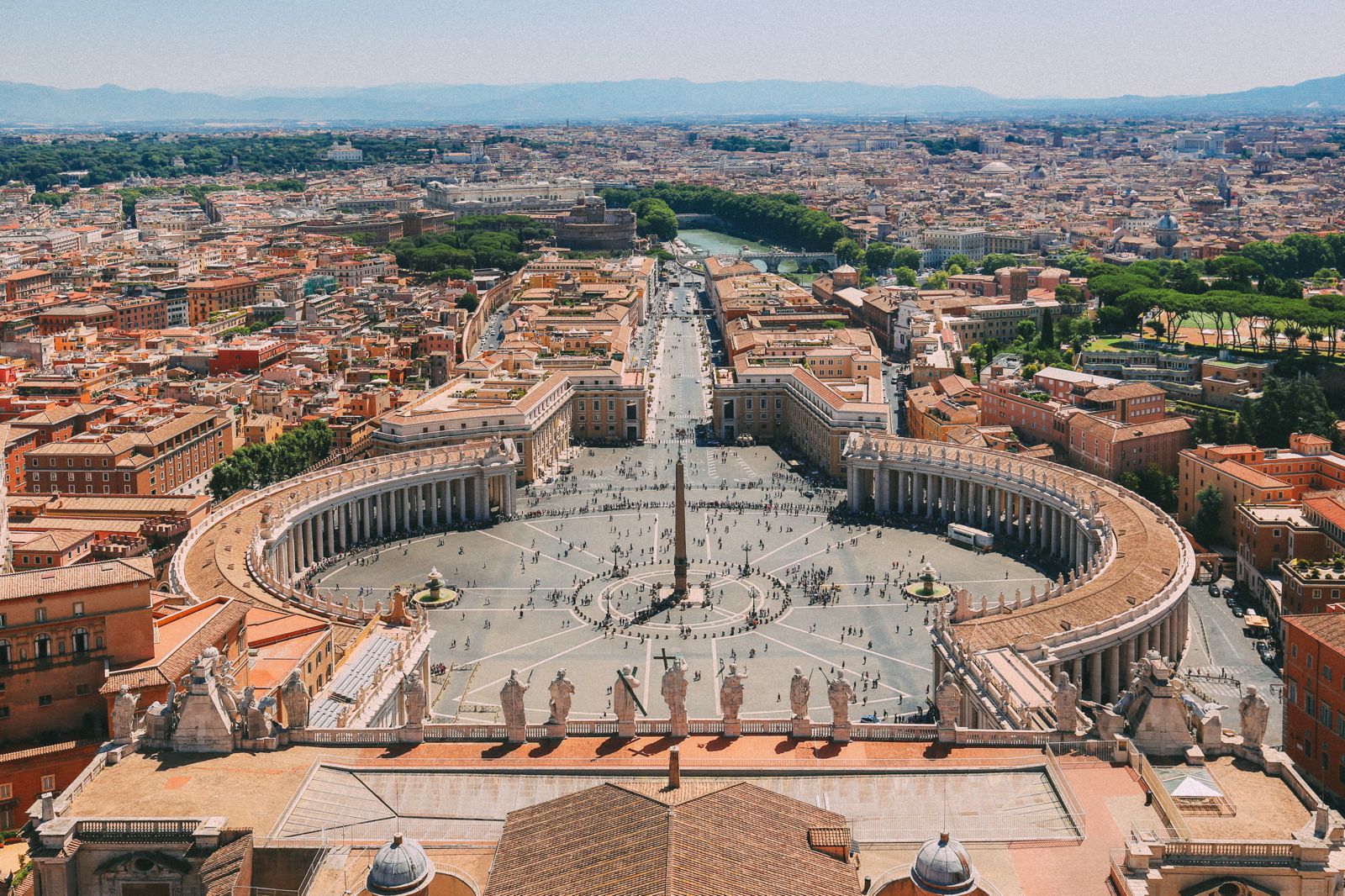 This applies to so much more than just gelatos. It applies to pretty much everything to do with food, whether you’re in a hawker market in Singapore or on the streets of Florence, in search of ice creams – people will queue for a good thing. In fact, you could almost argue that a queue is a good thing to look out for when looking for ice creams in Italy because it means that the gelateria is very much in demand for its delicious gelato.

Of course, the flipside to this is that you might have just arrived after a school bus dropped off its passengers for their sugar fix and so that queue you’ve just joined is nothing more than a symbol of convenience for the bus driver. Make a note of the crowd, if they seem to have arrived independently of each other, then join that queue.

If they’re all strangers to each other, odds are higher that they’ve all independently found out that this gelateria you’re eyeing up, is the place to be in town! 😀 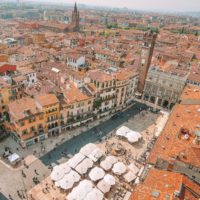 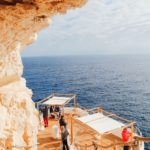 9 Trips In Europe To Take This Summer 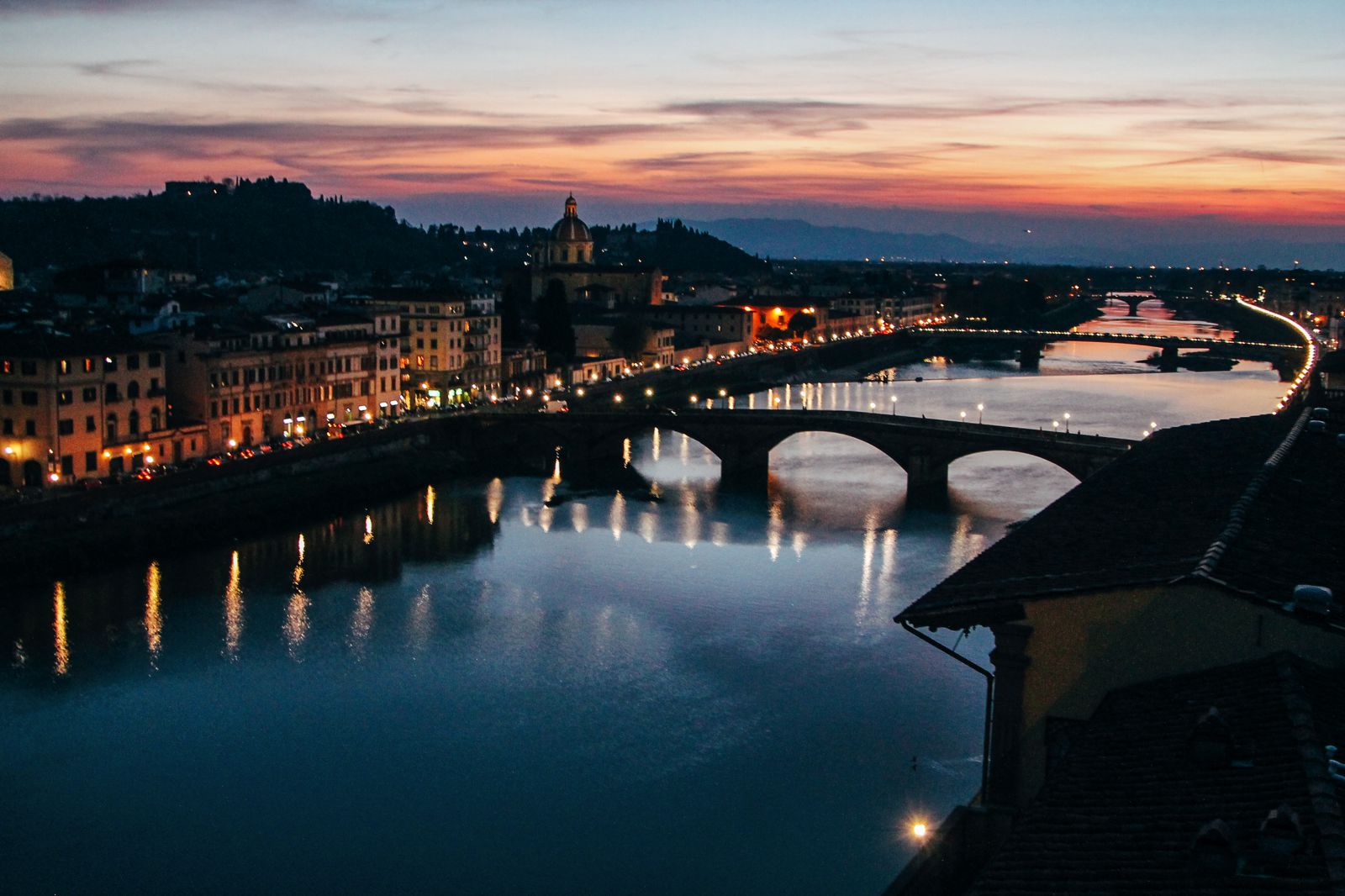 Arrival In Firenze And Bucca Marios! 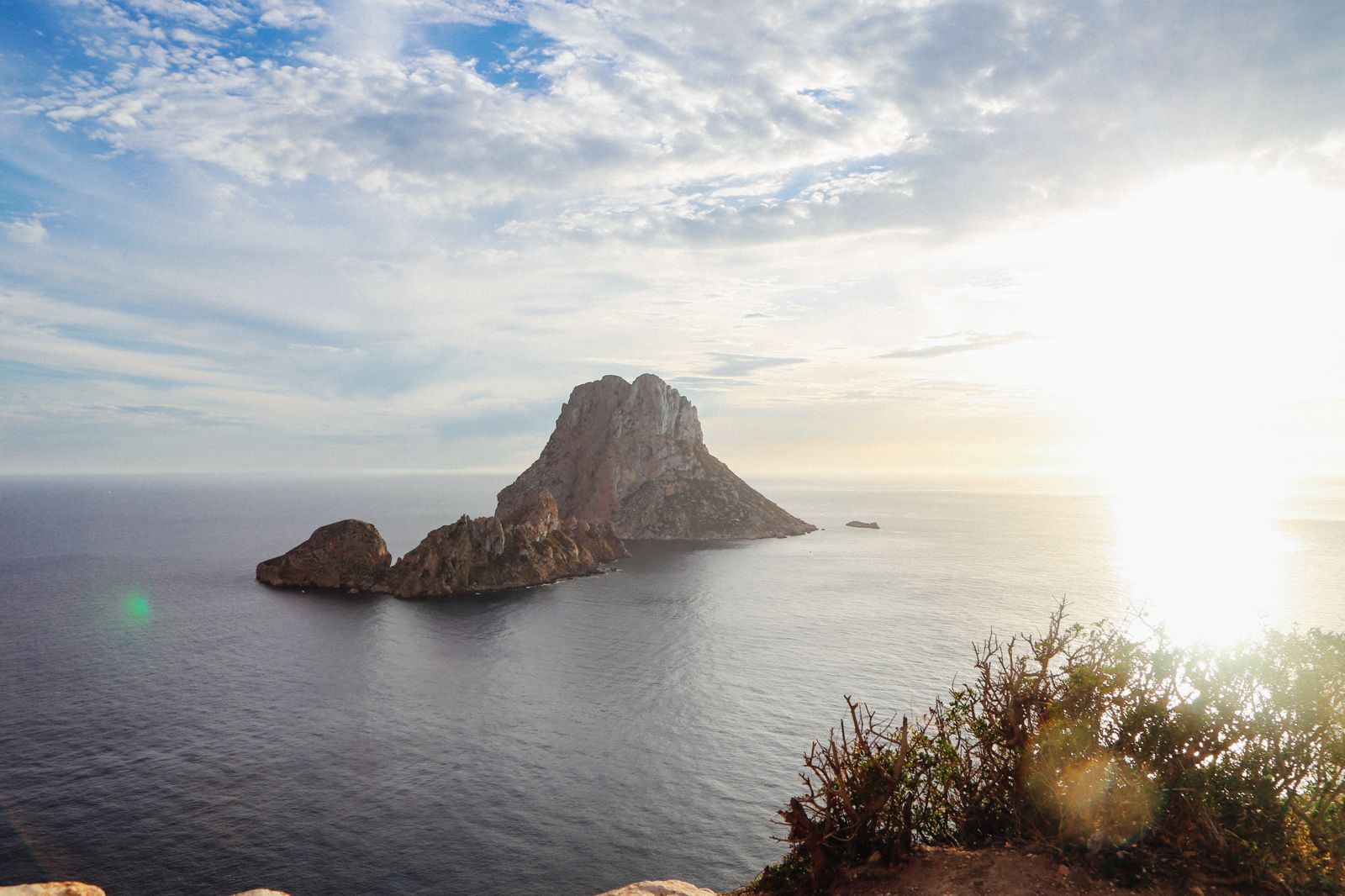 The Best Place To Watch The Sunset In Ibiza AND Where To Go For An Amazing 10 Course Gourmet Dinner! 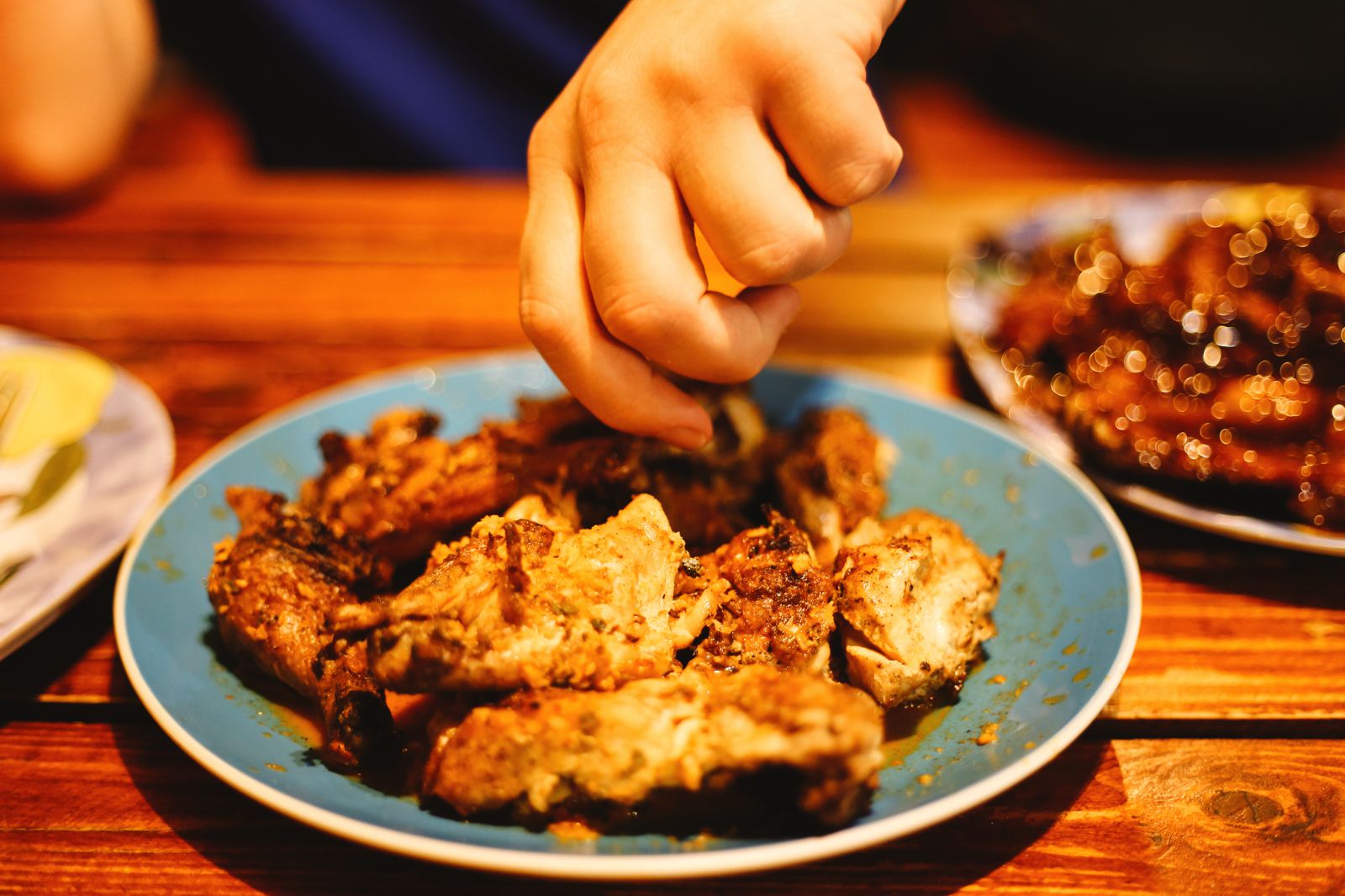 This Is The One Restaurant You Have To Eat In, In Port Elizabeth, South Africa