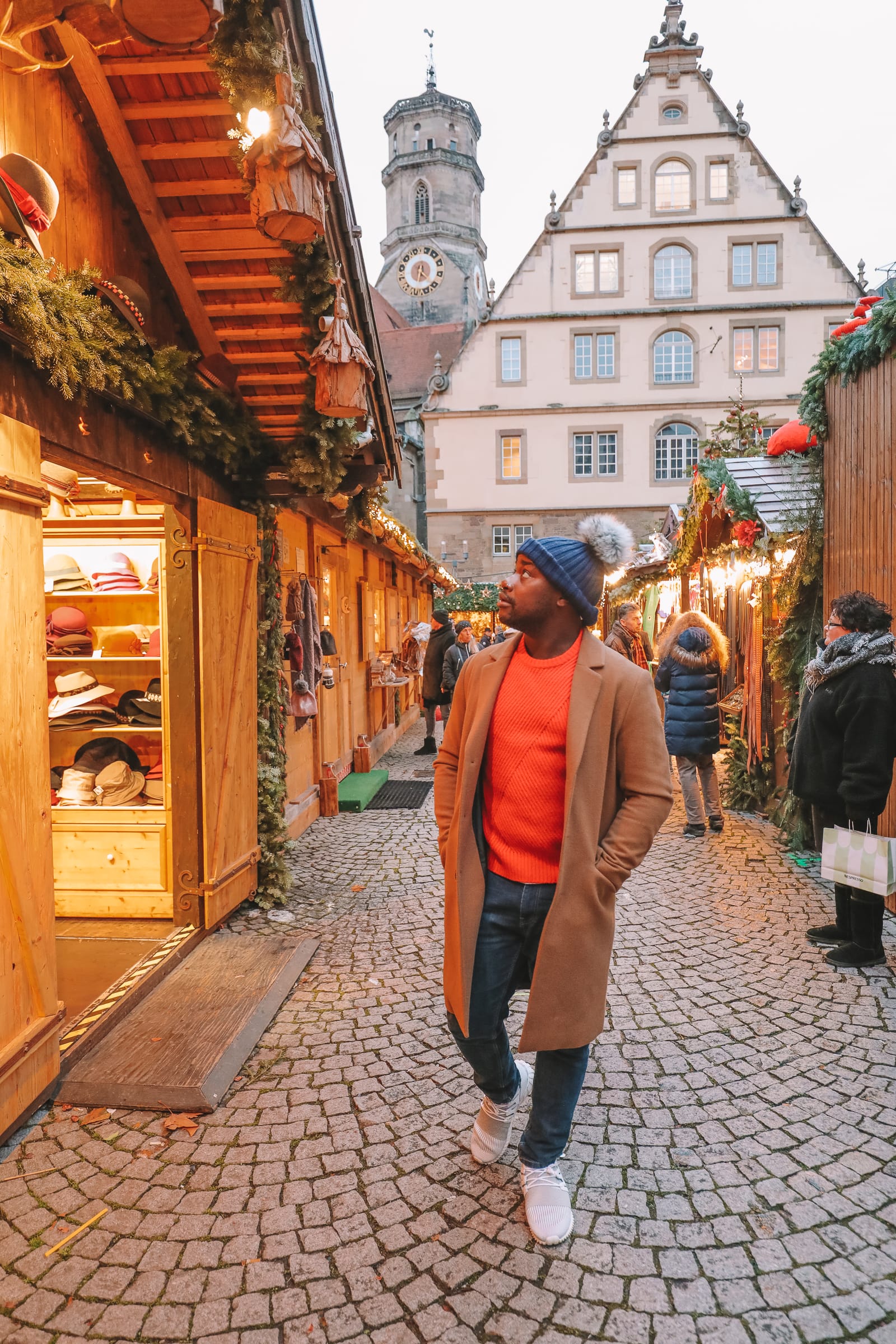 As it turns out, spending the morning exploring the gorgeous Ludwigsburg Palace works up quite the appetite (which totally took me by surprise as one minute, I was perfectly fine and the next, those hunger pangs hit with a surprising ferociousness).

With that, we headed over to the gallery in the Schlossplatz (*though clearly, not for the art – as beautiful as it all sounded). 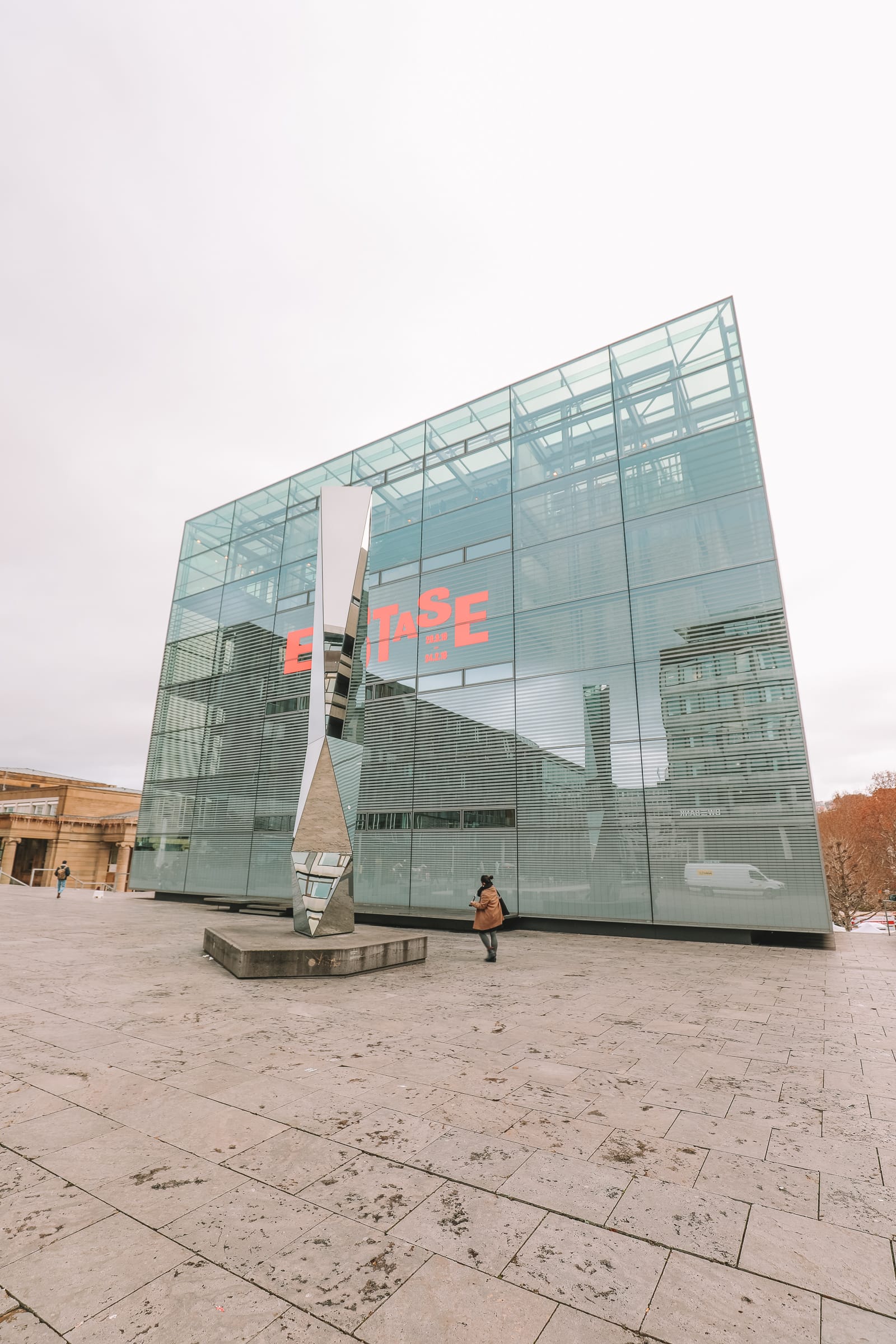 See, that the top of the gallery is the Cube Restaurant (the website is in German so using Google translate might help), which is one of those places that not only does good food but would easily be one of the best places to visit in Stuttgart for a great view of the city! 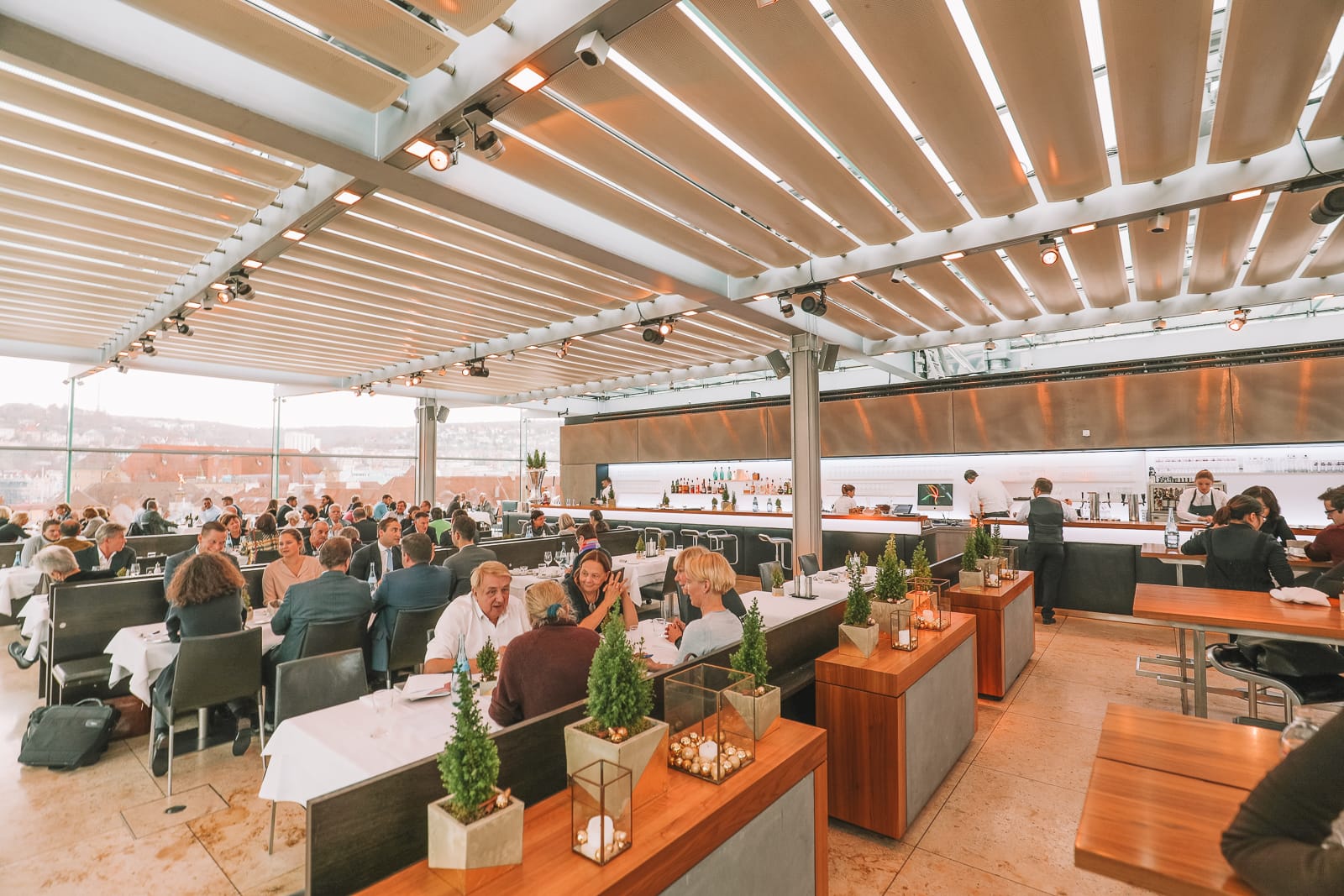 We’d booked ourselves into a class later on that afternoon to make something that’s a key part of the city’s heritage but having spent more time at Ludwigsburg Palace than we originally anticipated, lunch turned out to be fairly short affair! 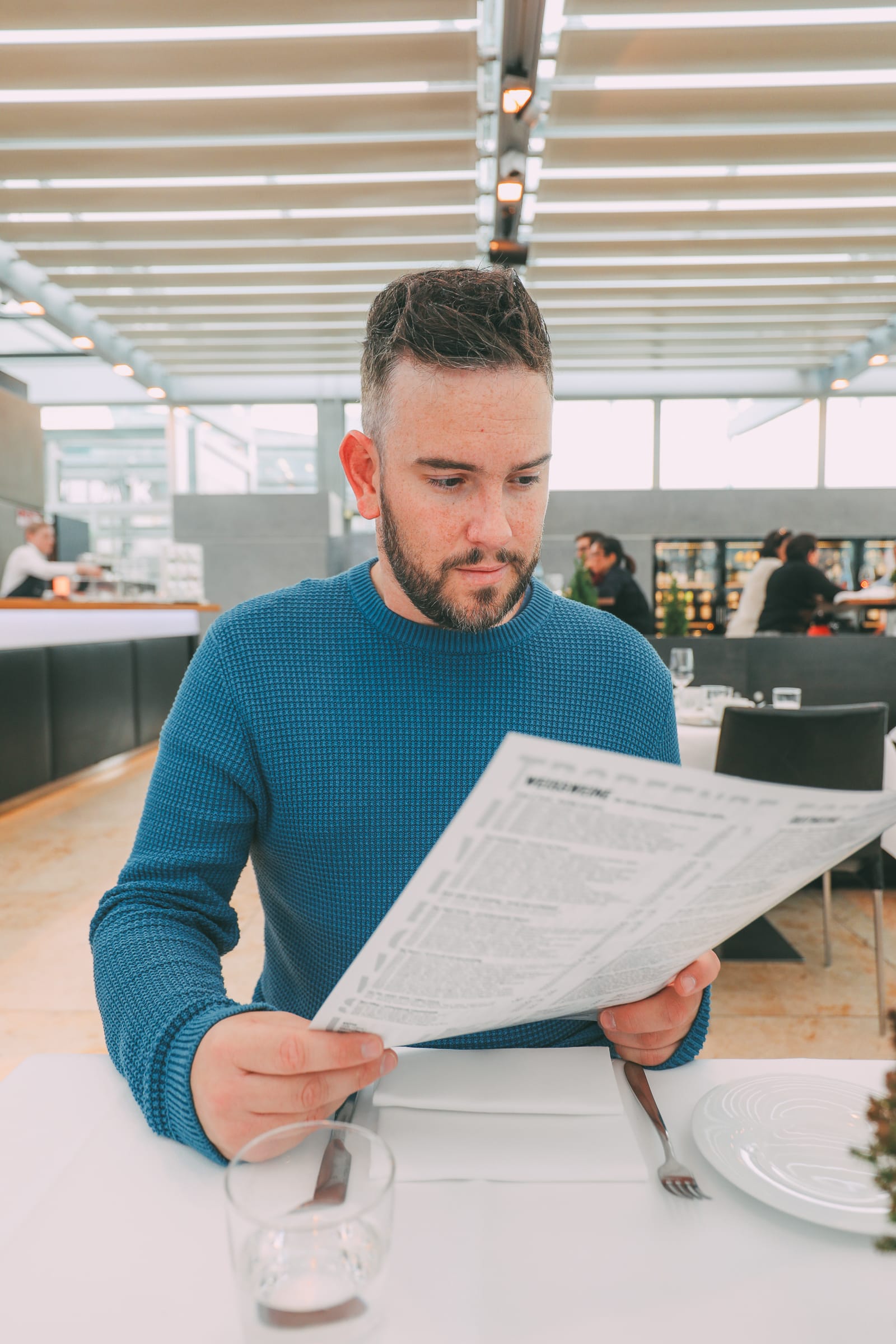 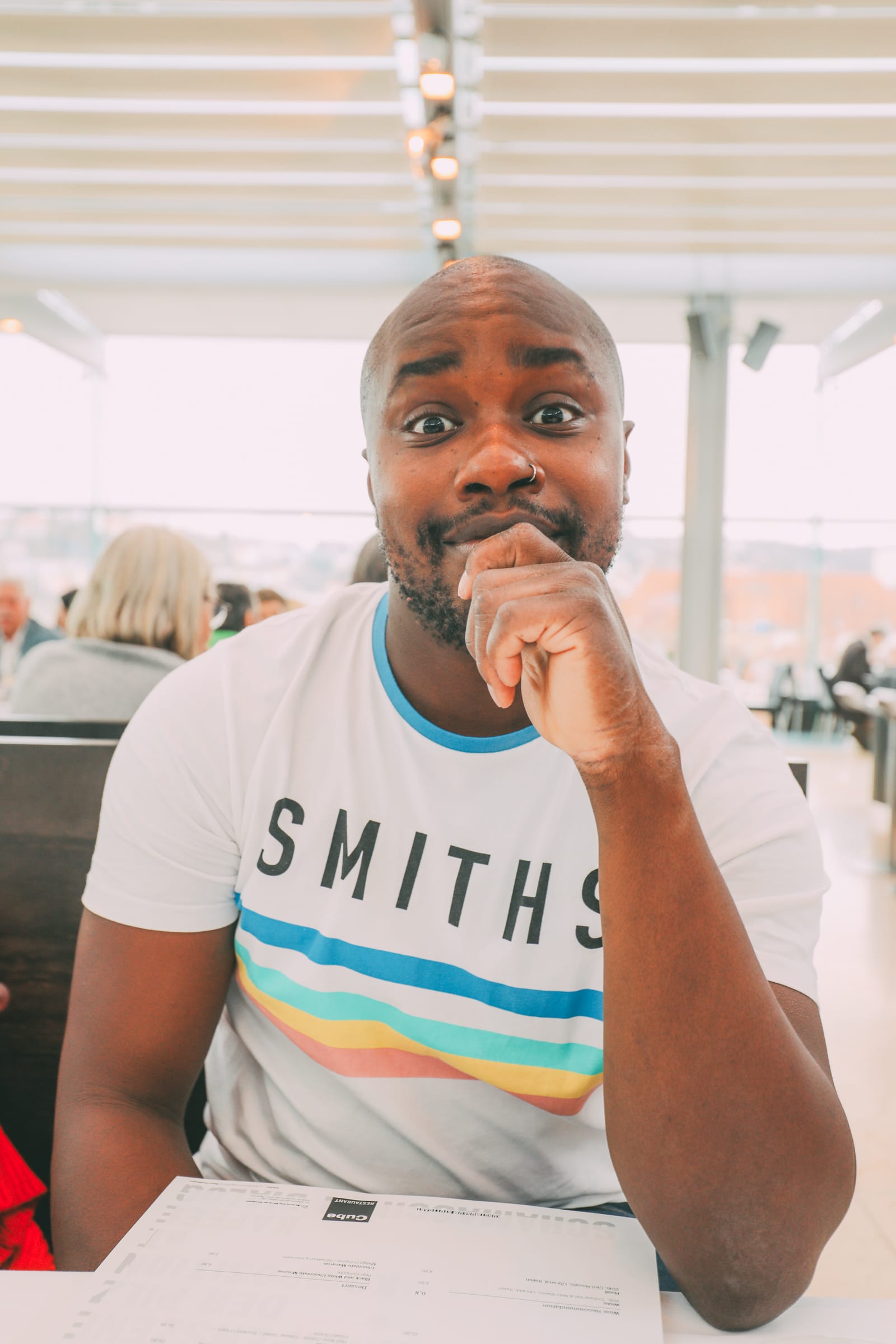 I went for the beef and potato gratin, while Lloyd (who was as hungry as I was), went for a soup.

Somehow, he hadn’t seen that the soup was a starter (I didn’t order the soup but even I knew it was a starter). His surprise when the soup showed up was one for the books and had me laughing the entire meal as I knew it wasn’t enough to quell that hunger we’d both brought with us to the restaurant and I also knew that we didn’t have enough time to order anything else otherwise we’d miss our next appointment. (After laughing a lot, I did – grudgingly – offer him some of mine too).

Leaving lunch, we hot-footed it over to the Stuttgart Cooking School (Kochschule Stuttgart – again, German website so perhaps use Google translate on it too if your German isn’t particularly great 😀 ), totally distracted by the Christmas market and sights along the way. 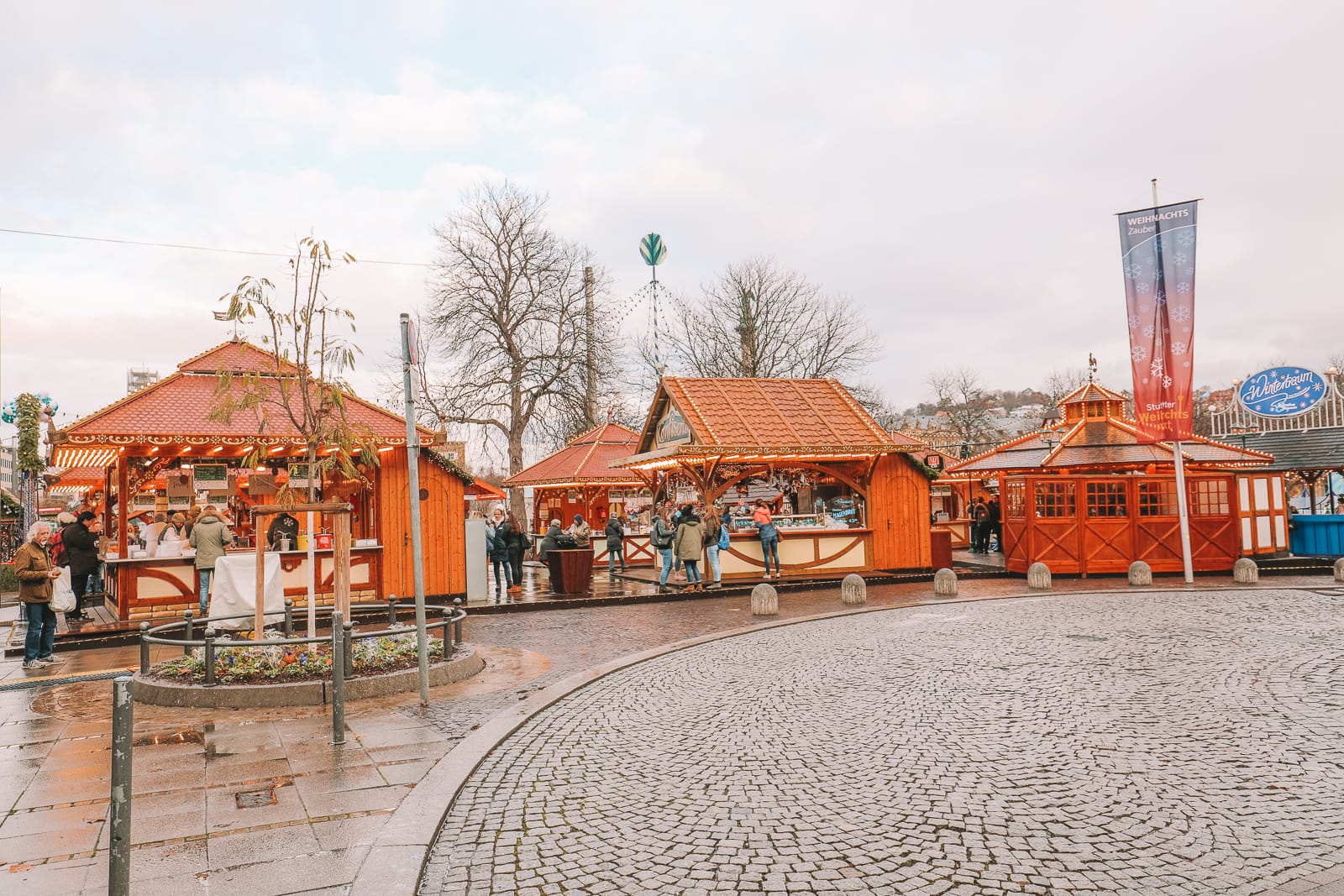 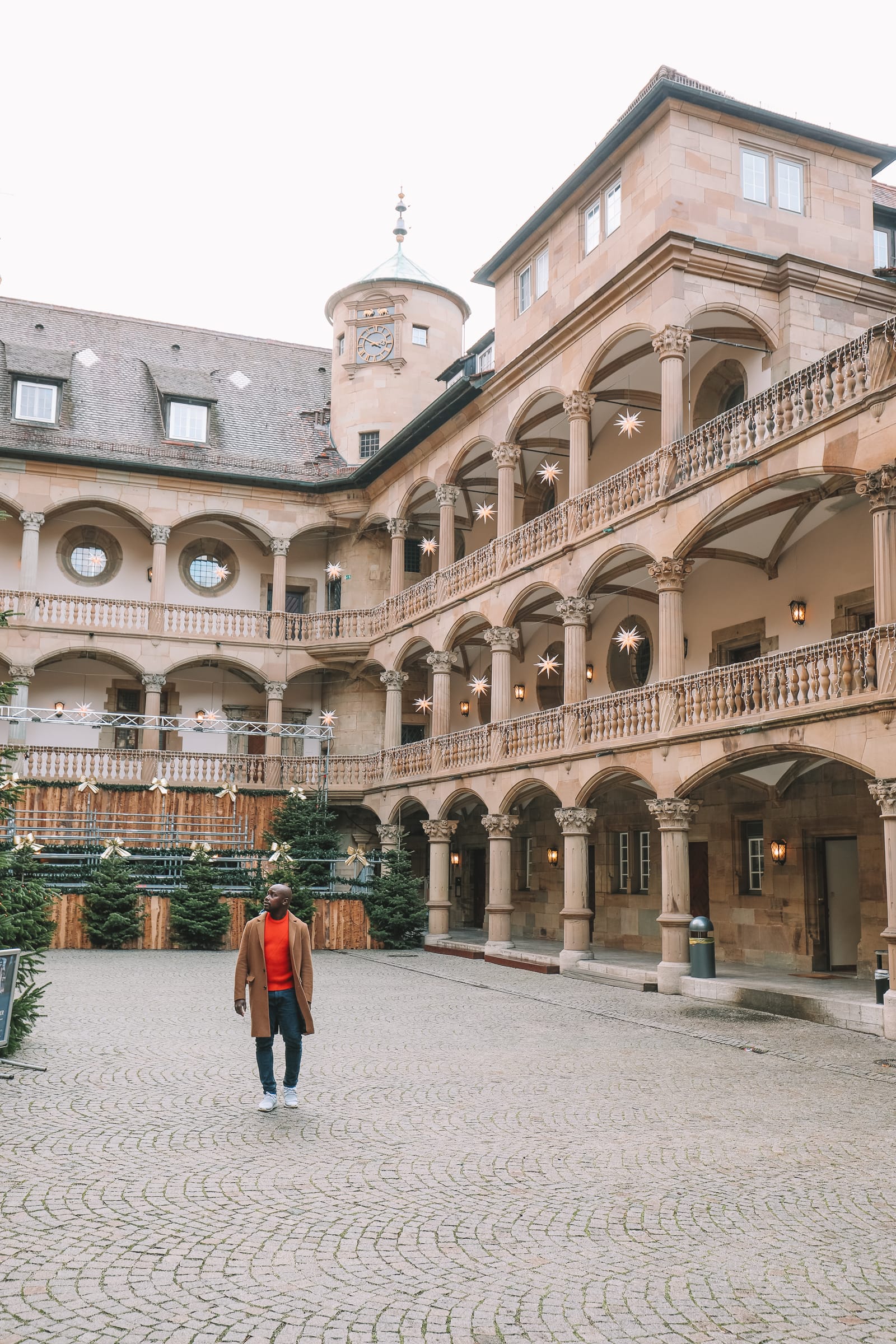 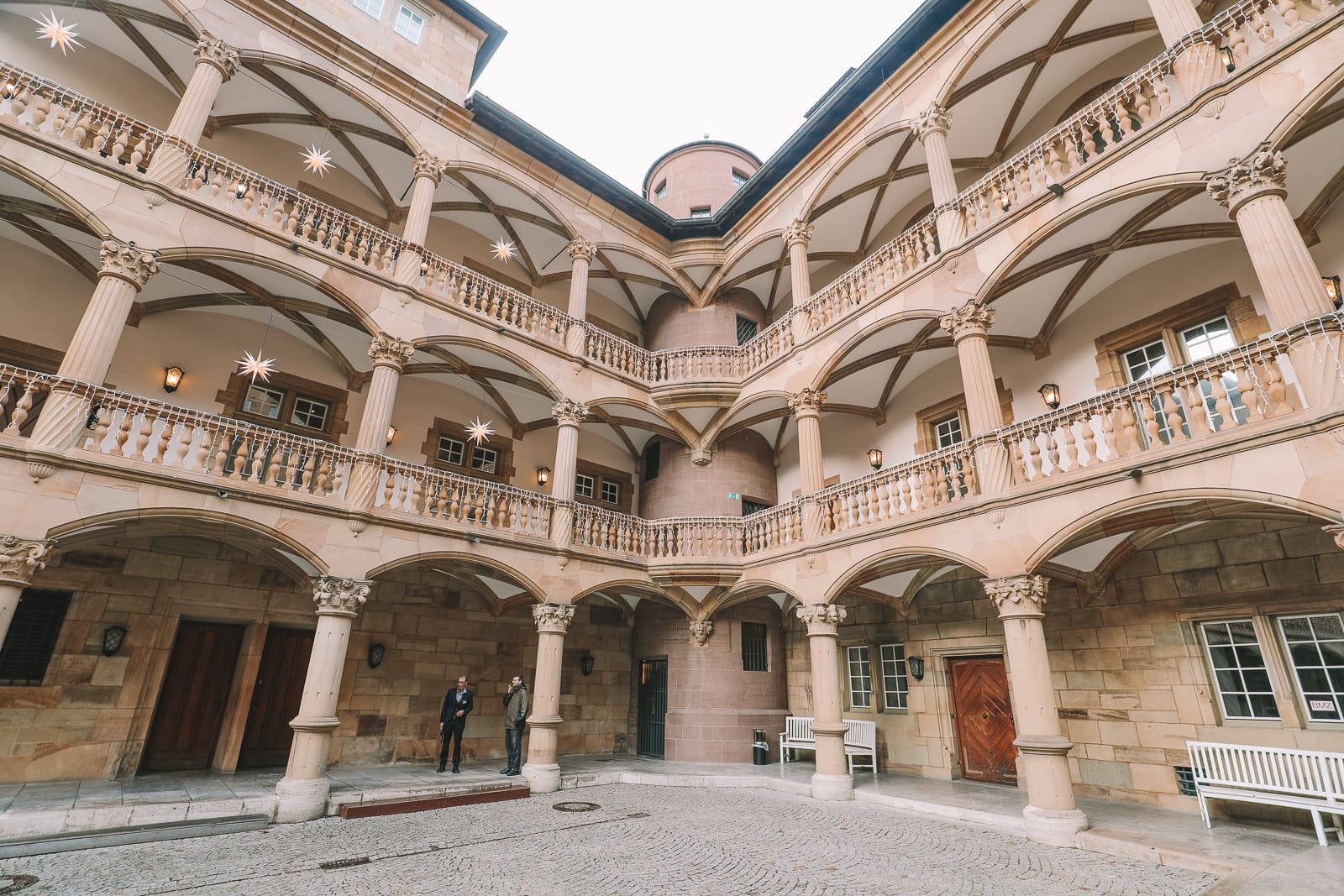 Thankfully, said German thing we were going to make that afternoon was actually Maultaschen, a traditional German dish from the area that’s essentially a parcel of meat, herbs and spices, wrapped in pasta and tastes absolutely delicious (when done right, of course).

To say Lloyd was pleased about this was something of an understatement. The food at the Cube restaurant was actually really good and it was just a bit of a shame that we hadn’t left enough time to properly enjoy it (I mean, I was fine – I had a decent amount to eat, Lloyd was the one who pulled the short straw with his choice).

Apparently, Maultaschen originated from Easter time back in the day when people would give meat up for Lent. Some crafty Germans monks decided that a workaround this was to put the meals in pasta parcels which would technically count as eating pasta, not meat and that’s how this Swabian delicacy was born. 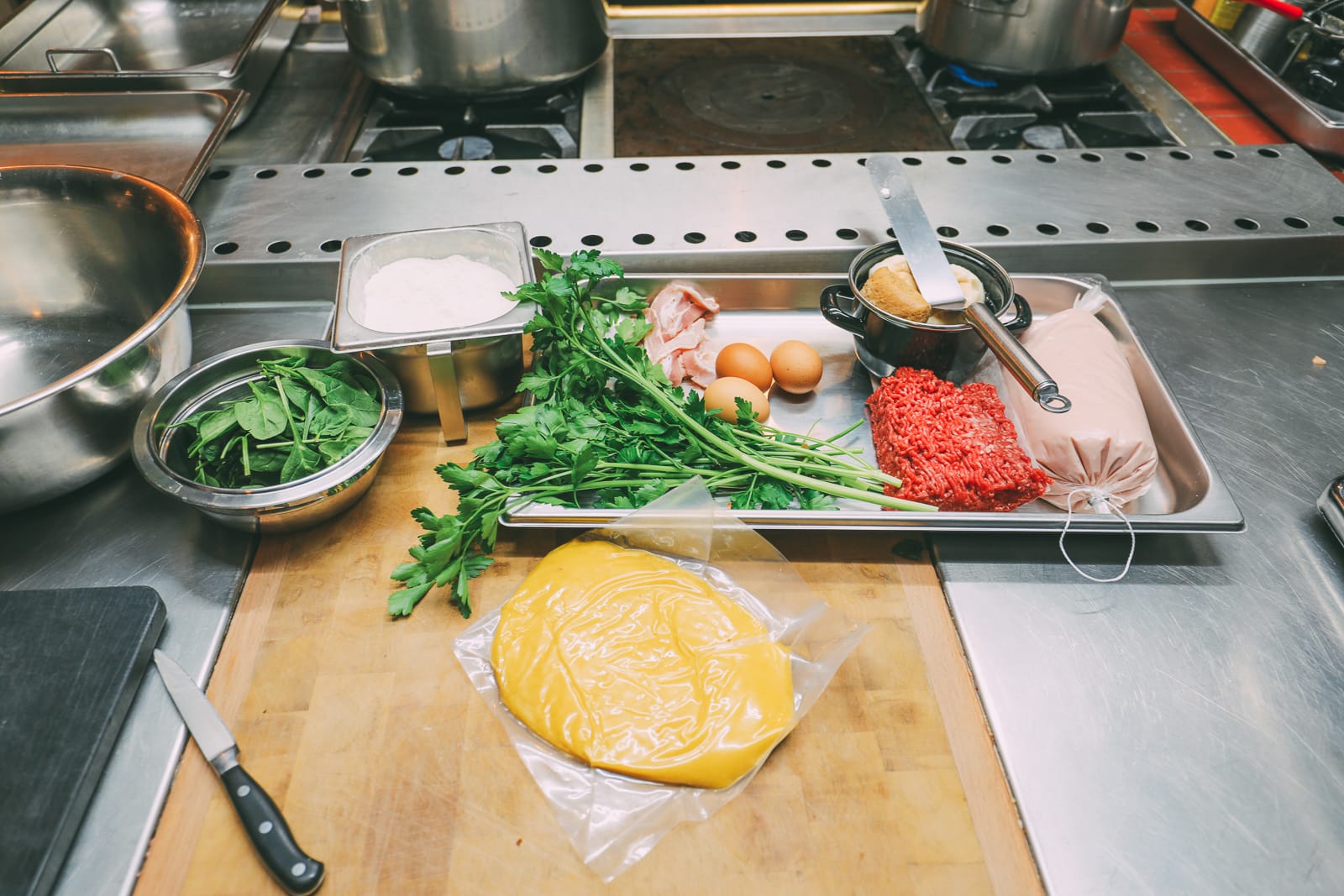 You start your mincemeat, sausage meats, eggs, herbs and some old bread soaked in water – all mixed into a (rather fragrant) paste.

You then stretch our your pasta dough and pretty much parcel the meat into it in a variety of ways (literally lots of different ways you can choose to do this). 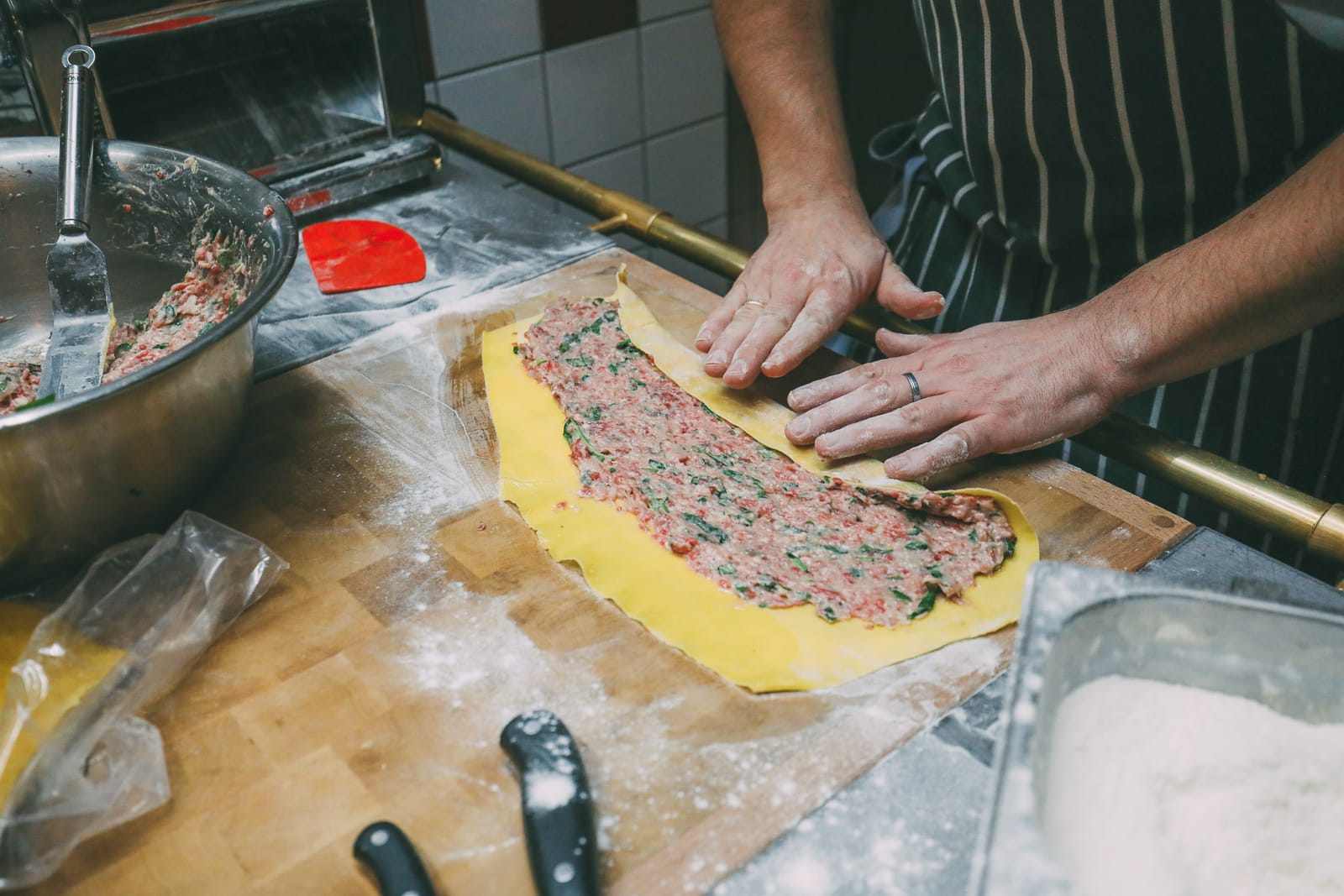 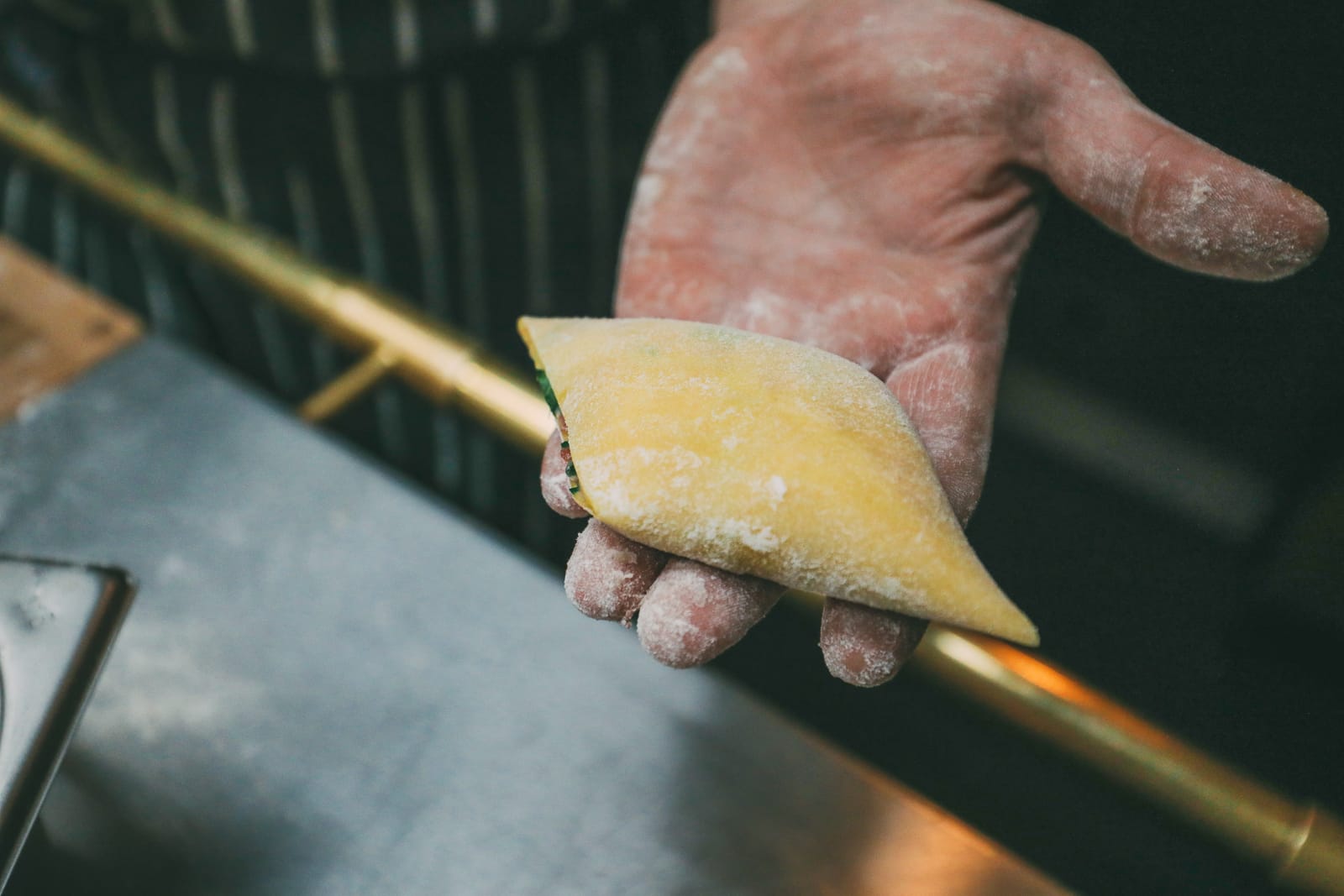 Once it’s all rolled up, you boil it for a few minutes (don’t worry, the eggs keep the whole mix inside from falling apart by binding it together) and ‘Voila!’ Maultaschen for everyone! 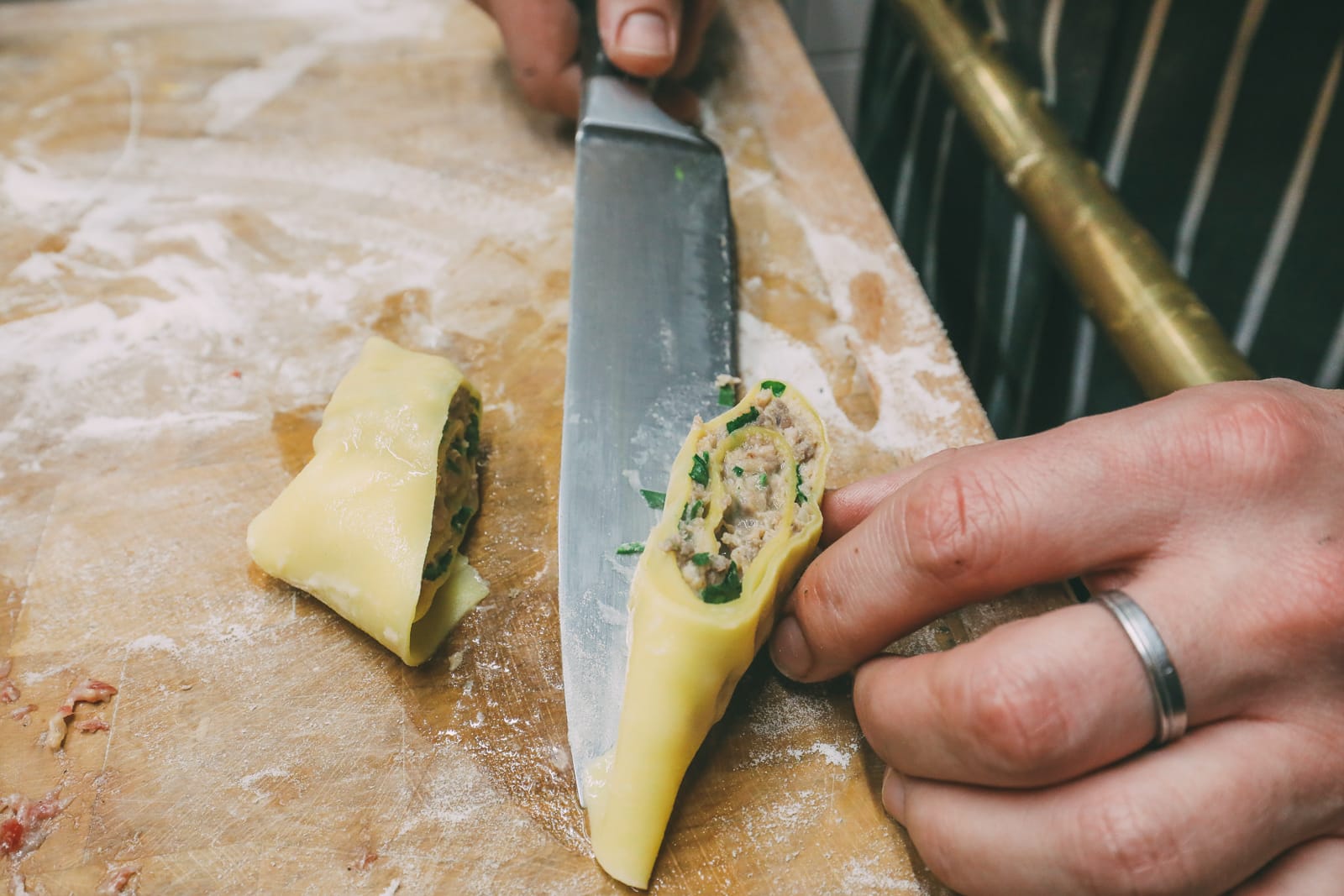 Now, over the course of the next few days, I tasted a LOT of Maultaschen (I made it a point of duty to try as many as possible) and none of them quite matched up to this one we made right there.

Initially, I thought it might have just been the whole freshness of it all (the fact that it was made right there and then using fresh ingredients for the most part) but I think the skill of the chef had a big part to play too as it was just fragrant, brilliantly spices and waaaaaaaay lighter and tastier than I’d expected (I was kinda expecting it to be ‘heavy’ like a dumpling but it really wasn’t).

The cooking school also has a restaurant and a hotel with it so rather than brave the cold, we kicked back for a bit with a cold beer and warm tea (no prizes for guessing who had what 😄) before heading out to explore the markets. 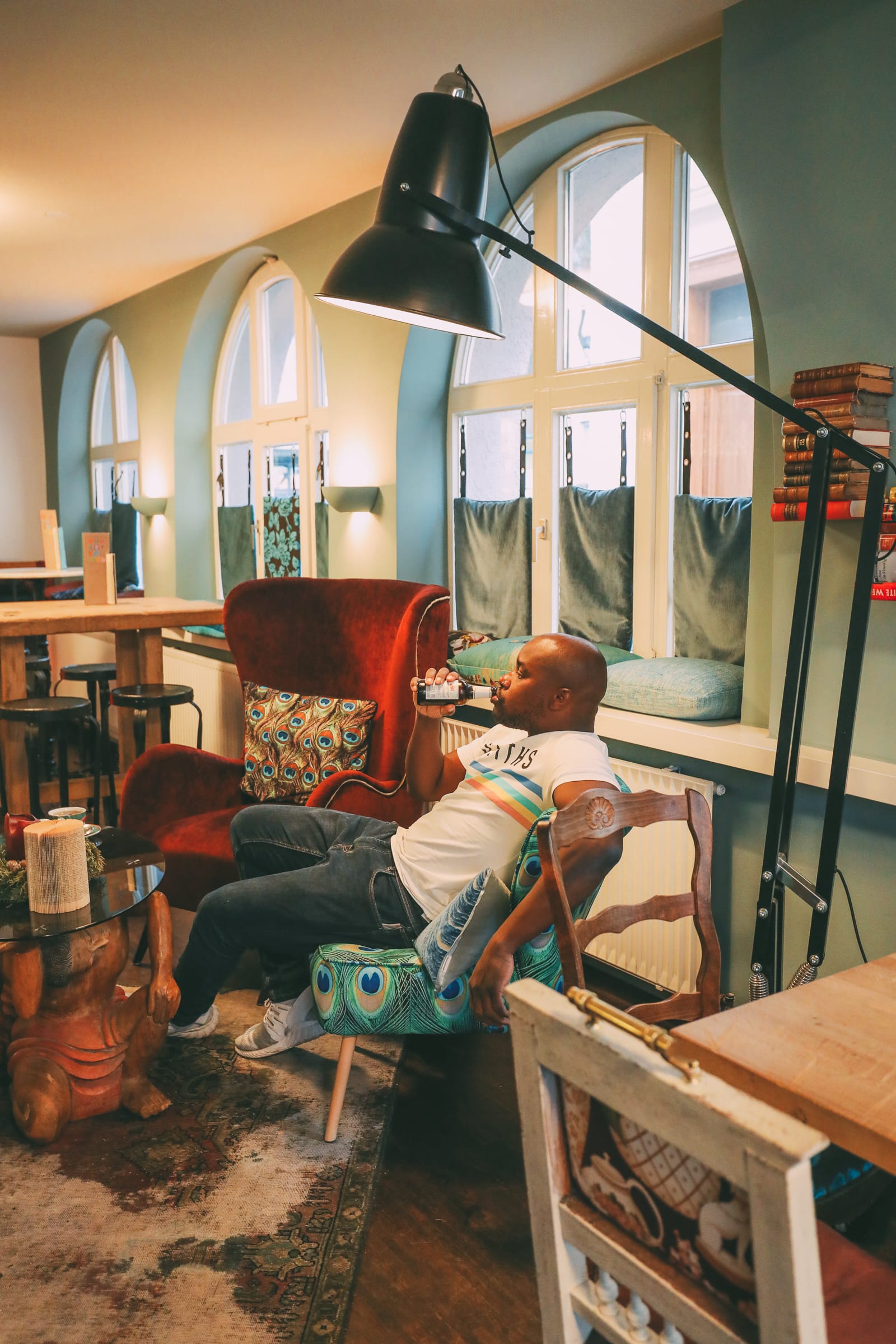 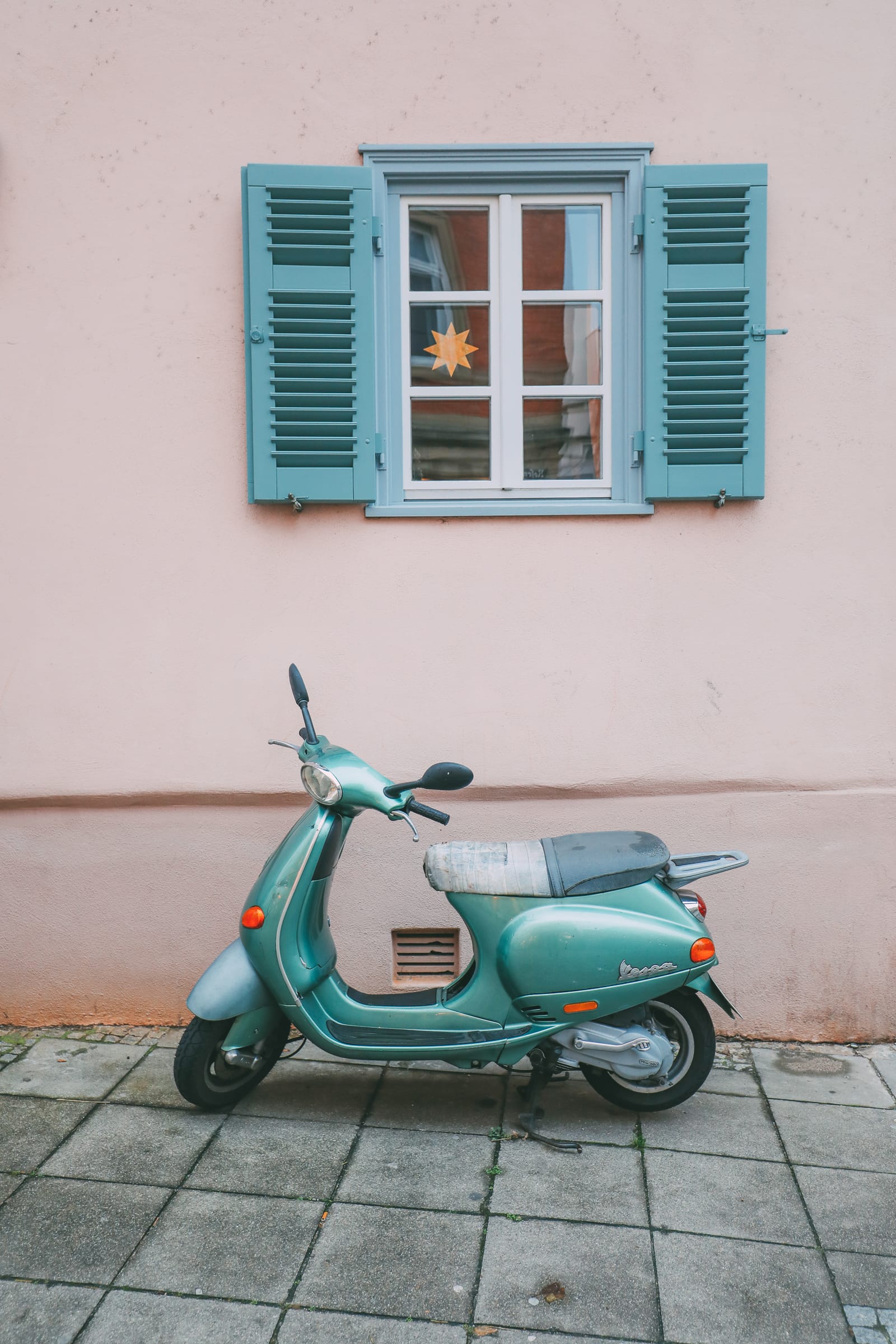 Back in town, the city was starting to light up as night time descended as the crowds started to flock towards the Christmas markets… 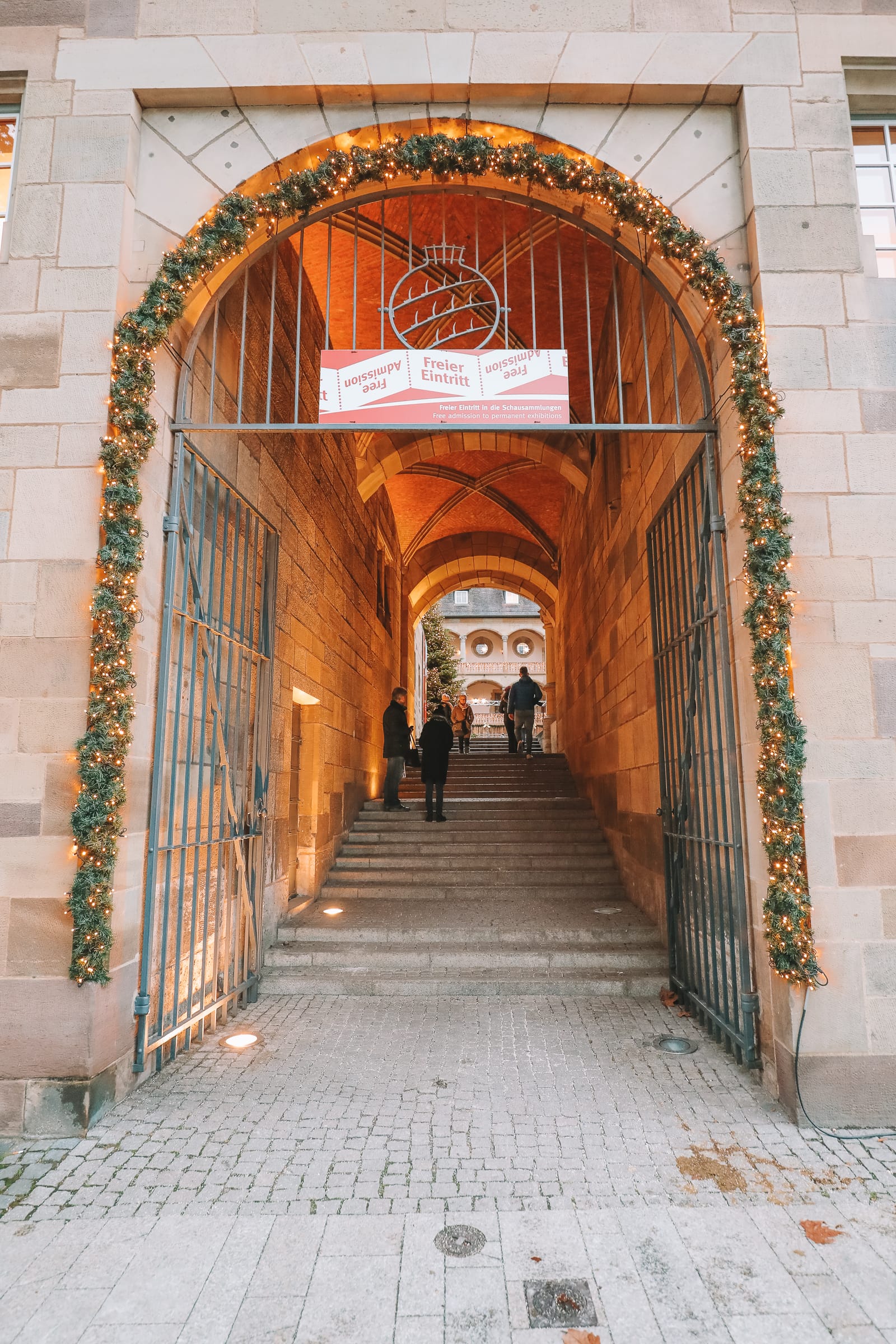 One place definitely worth heading to is the Old Palace as the lights here make, what’s already a pretty impressive place, even more beautiful. 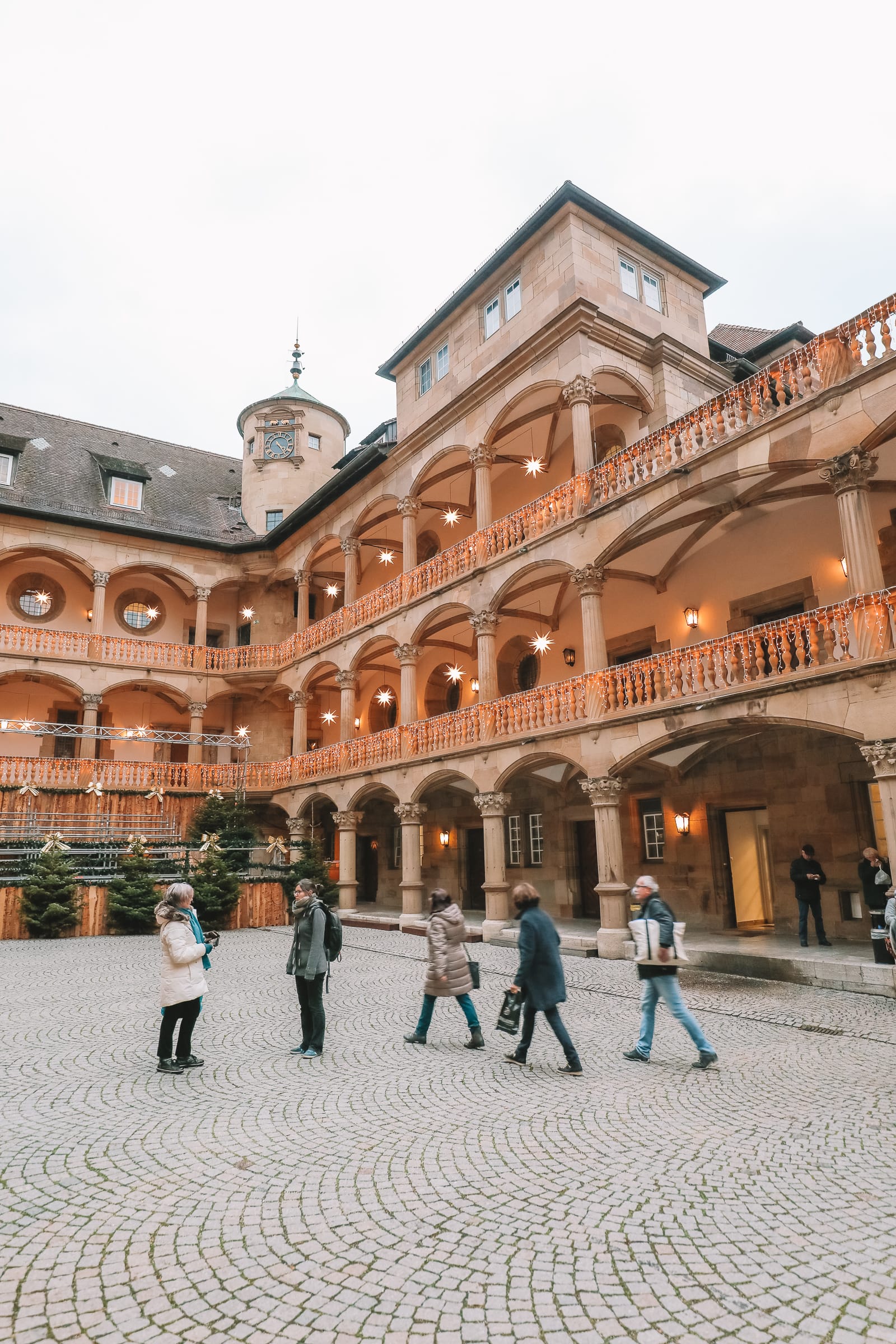 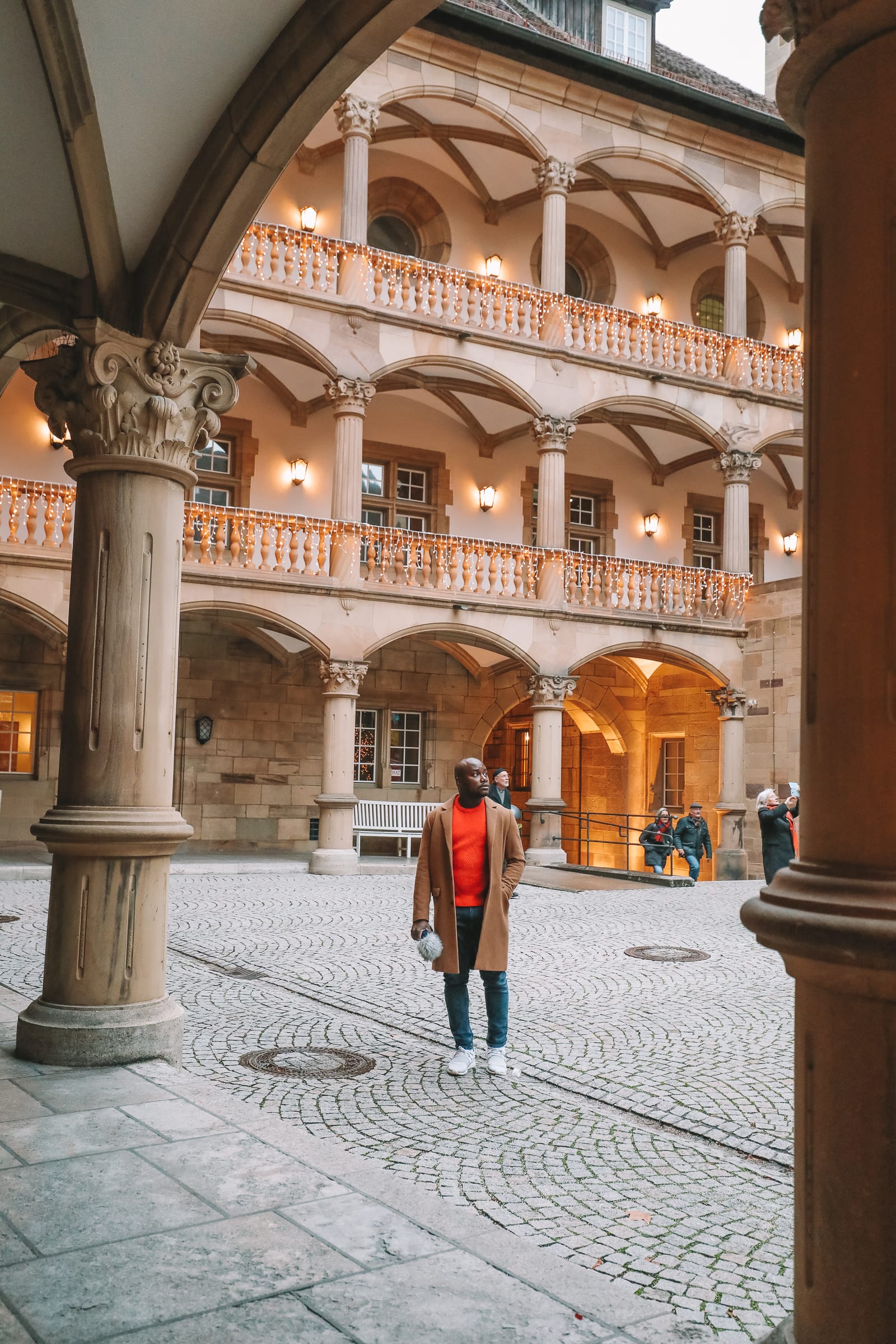 It’s adjacent to the market of course so you don’t have to wander too far to find yourself smack in the middle of gluhwein, sweet treats and all the many sorts of ‘wursts possible! 😋 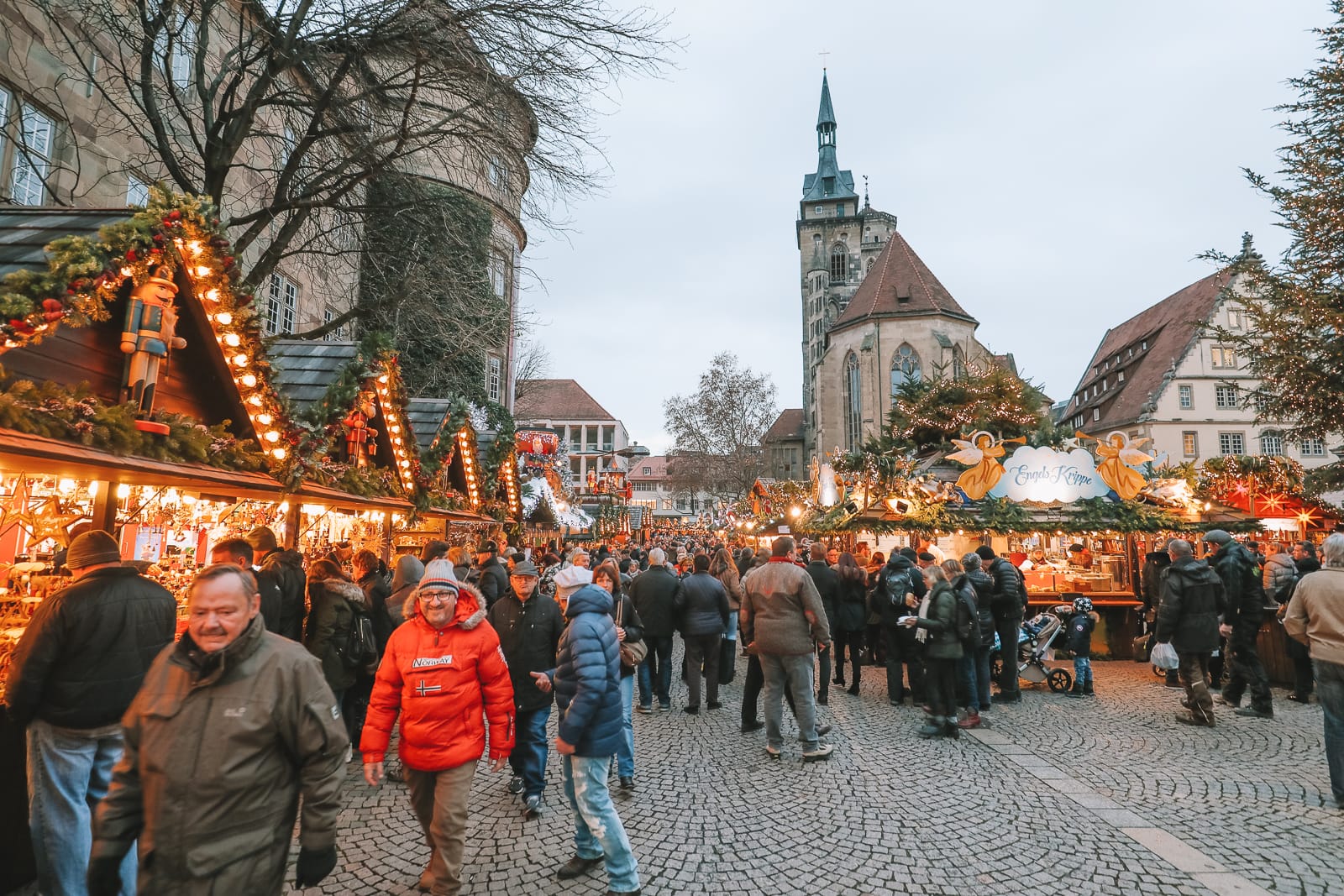 Grabbing a gluhwein and a few sweet treats (carefully stored in my camera bag – no rain would be ruining any of my caramelised peanuts), we wandered from stall to stall, making a mental note to return properly before heading off to find ourselves one of the highest viewpoints in the city centre – the train station tower. 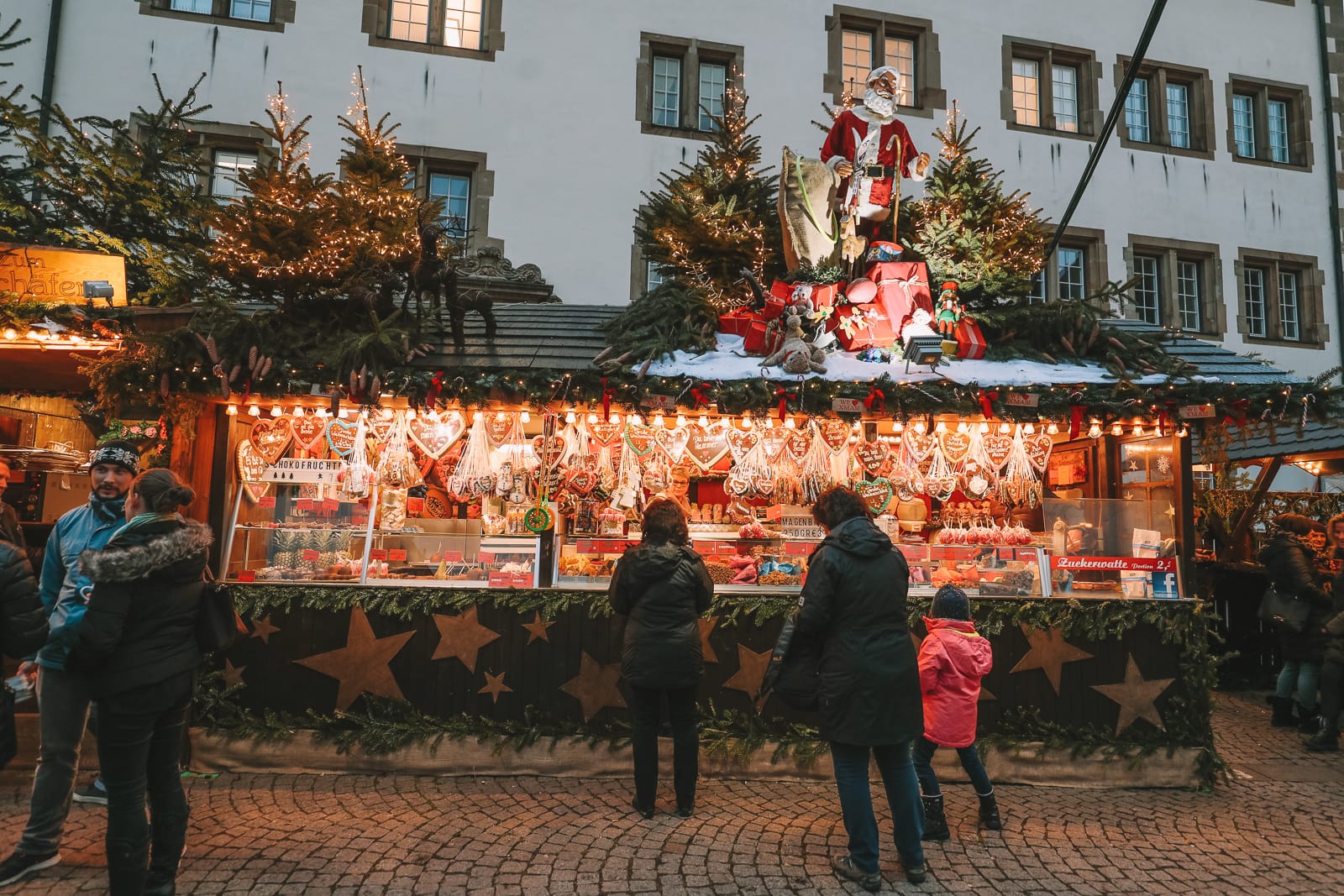 You can see this tower from pretty much all over the city (you can’t miss it – it’s got the huge rotating Mercedes Benz sign on top of it) and it’s actually free to get to. There’s a lift at the main train station platform that takes you to the top and after a short flight of stairs, you find yourself at the top of this tower.

Leaving the tower and meandering our way slowly through town, we decided to call it an evening and headed off in search of dinner (which we lazily decided to have at the hotel). 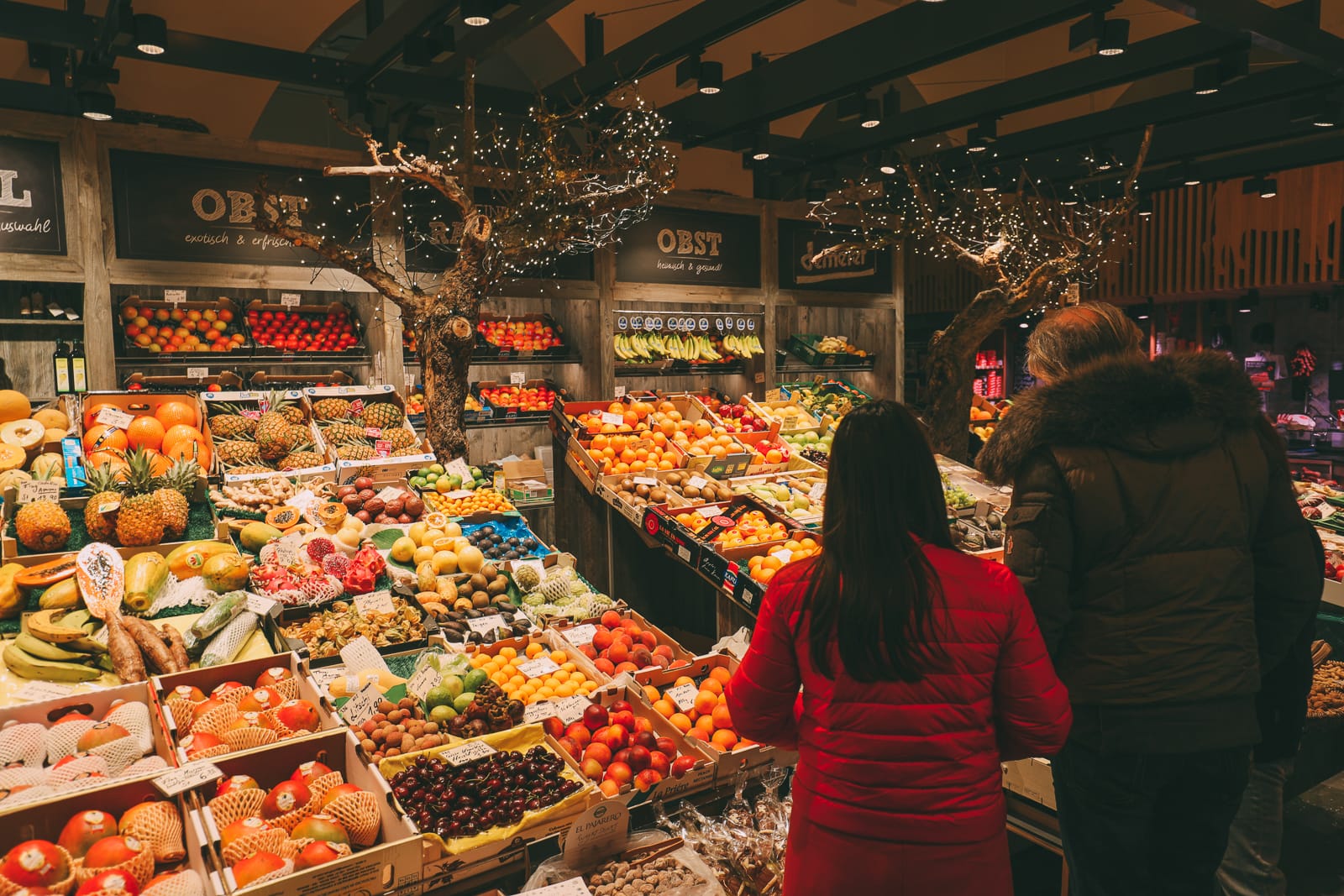 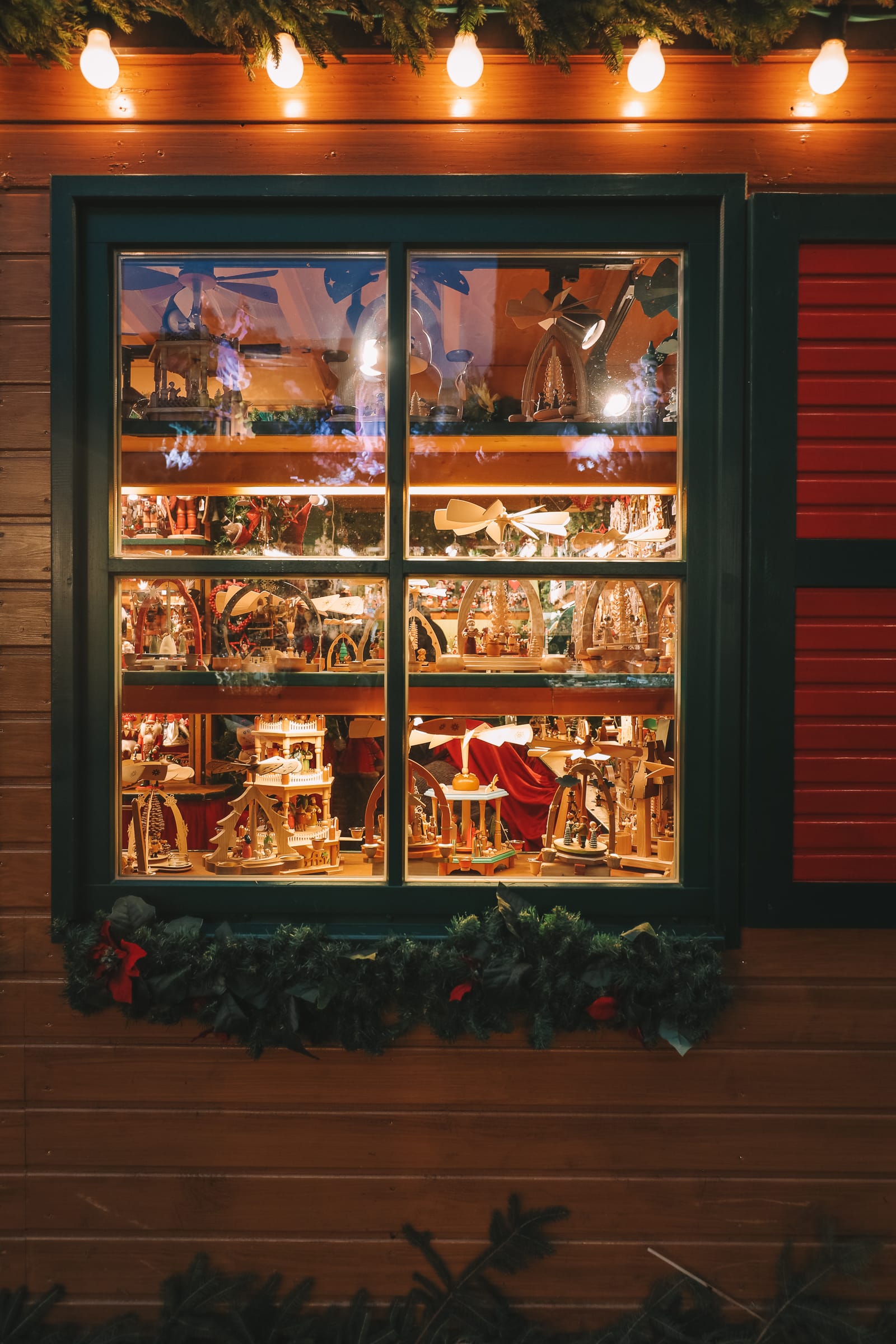 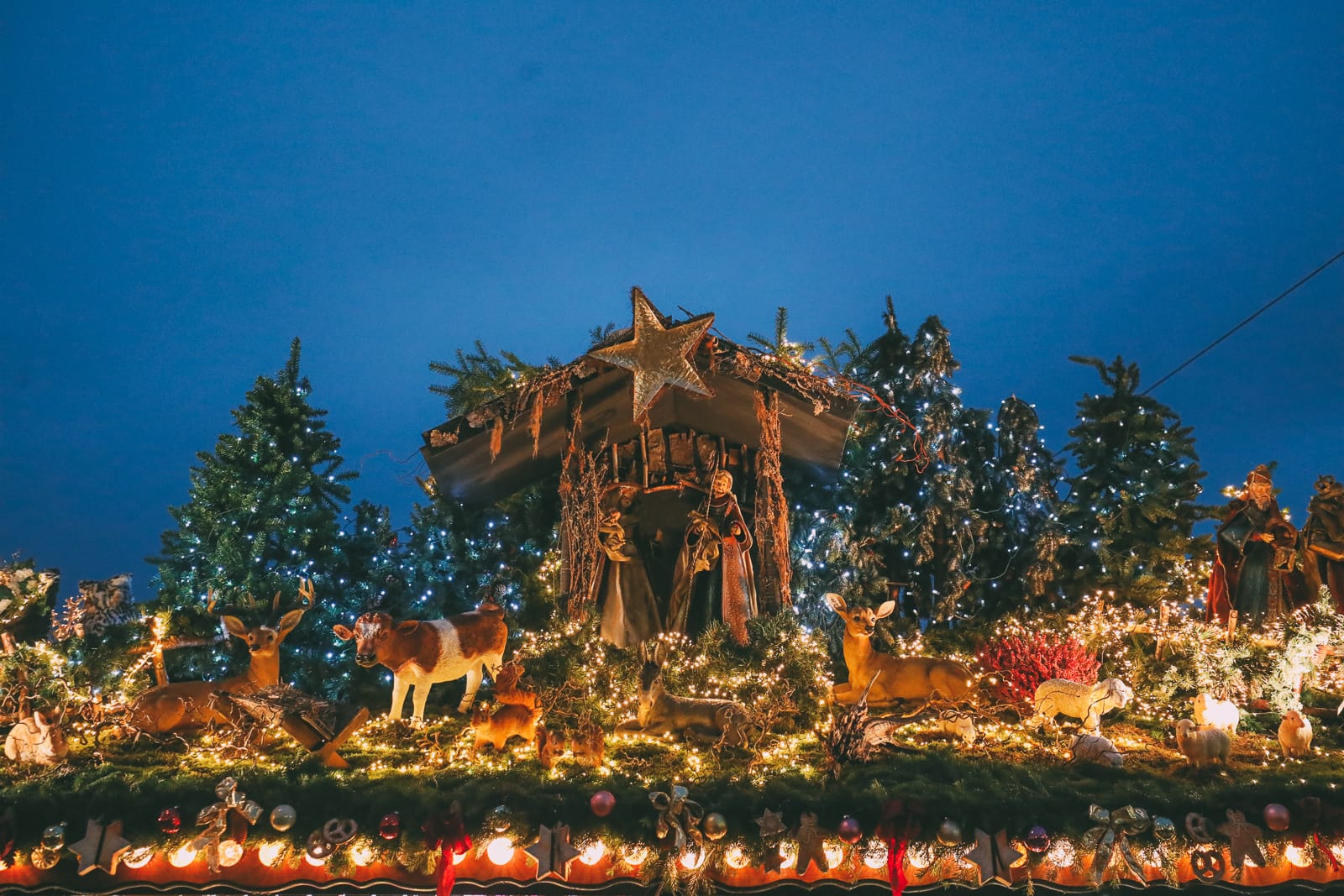 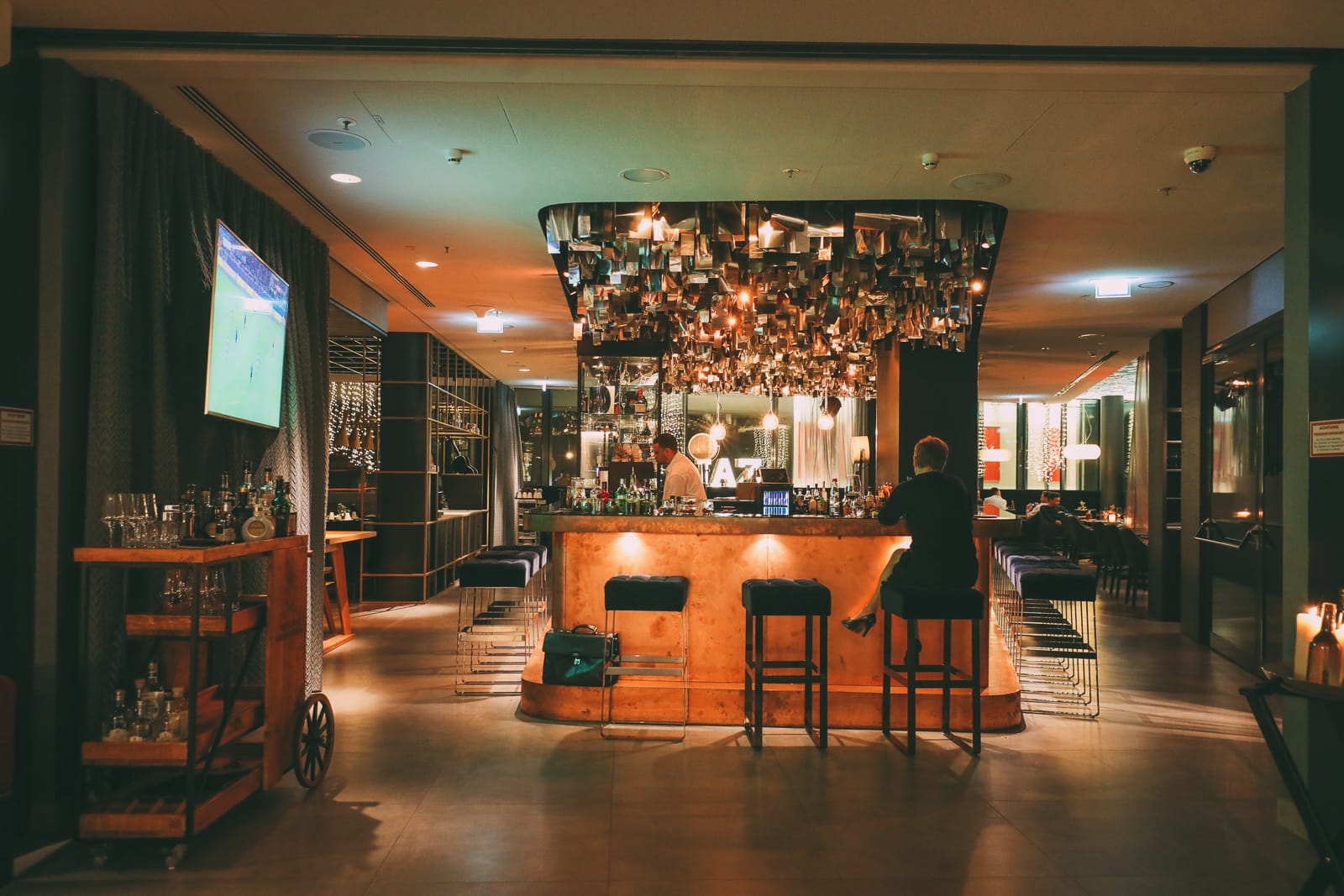 The food was actually really good (we hadn’t done much research into where to eat so this was a very pleasant surprise) and seeing as you were at the hotel already anyway, made for the perfect excuse to try pop open a bottle of local red wine (literally down a few miles down the road from here) and just relax! 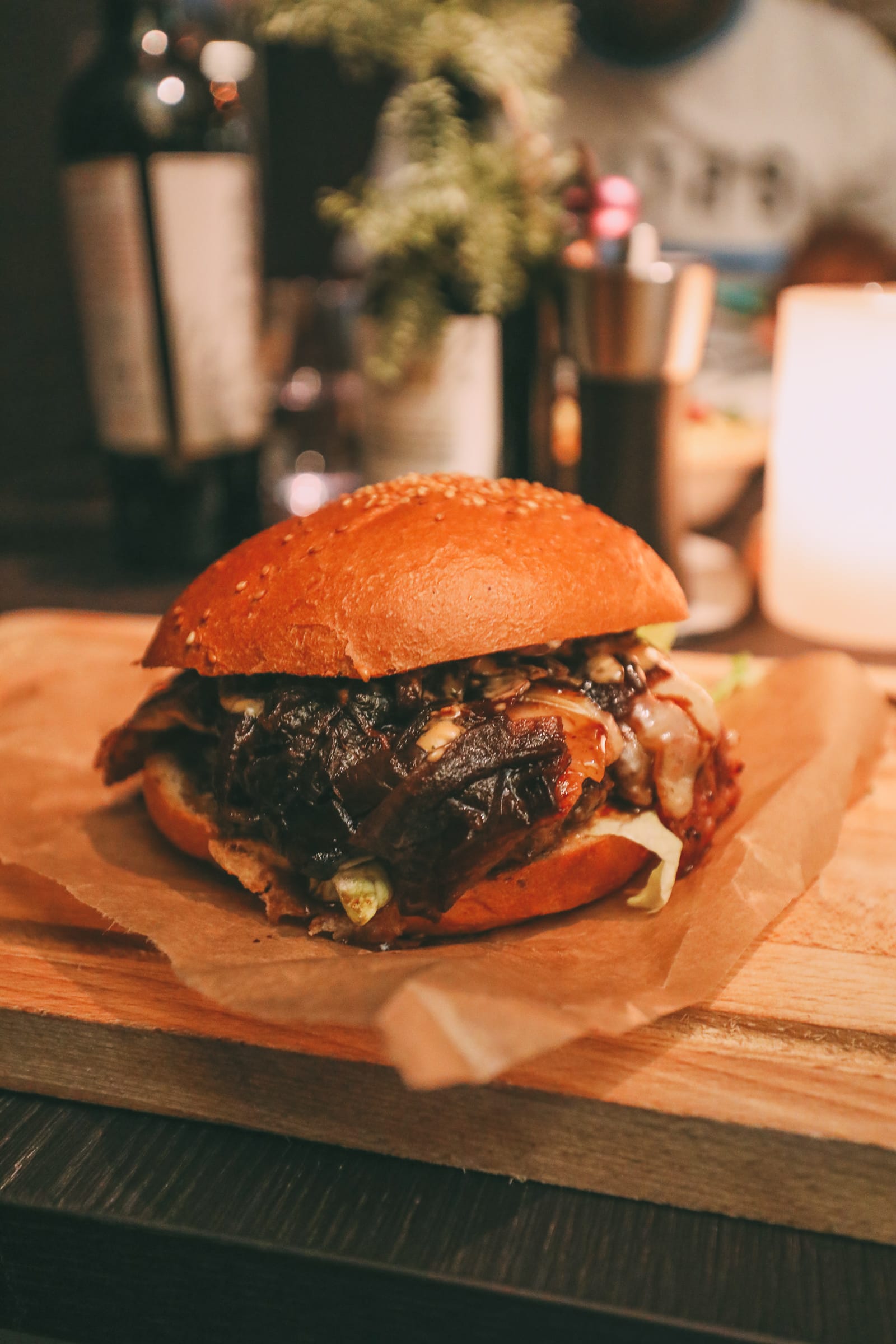 The next day, we’d be heading out of the city and I can’t wait to show you the beauty that we found! 😀

14 Best Places In Portugal To Visit This Year

14 Best Places In California To Visit This Year 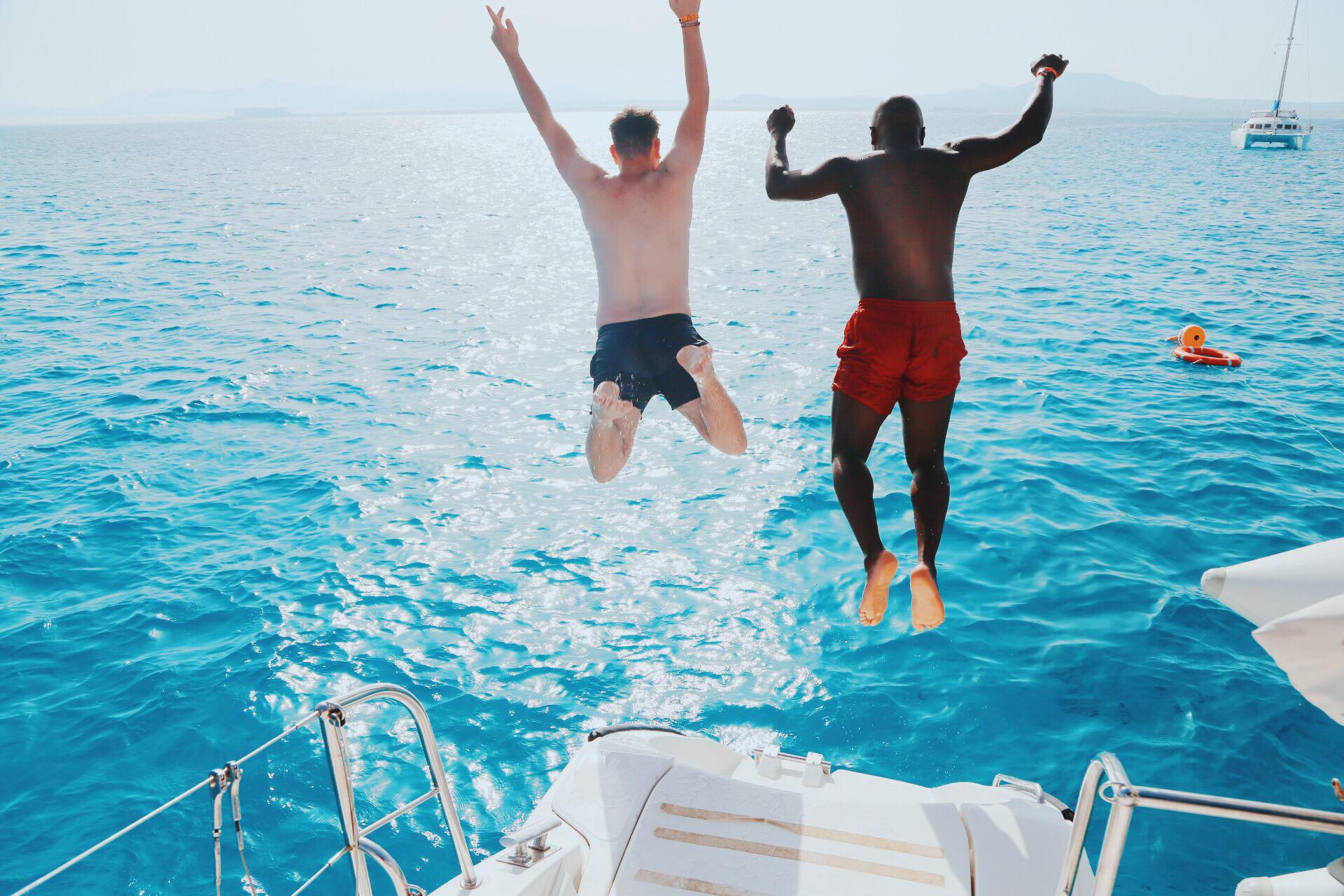 21 Adventures You Have To Go On This Year! 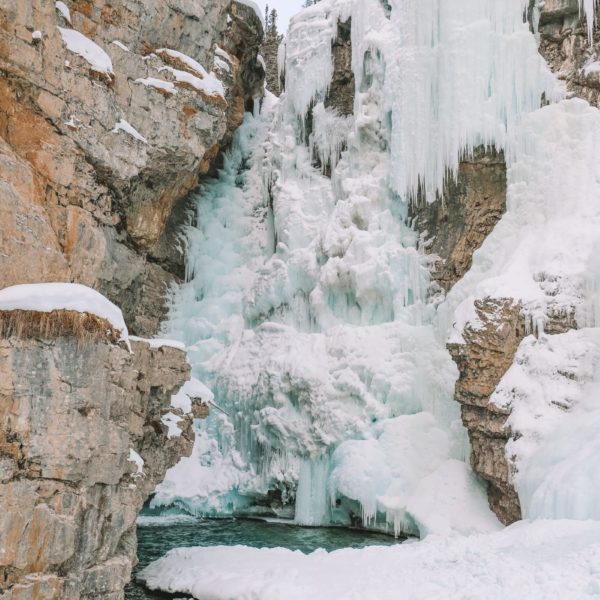 Hiking Johnston Canyon And Seeing The Northern Lights Over Canada 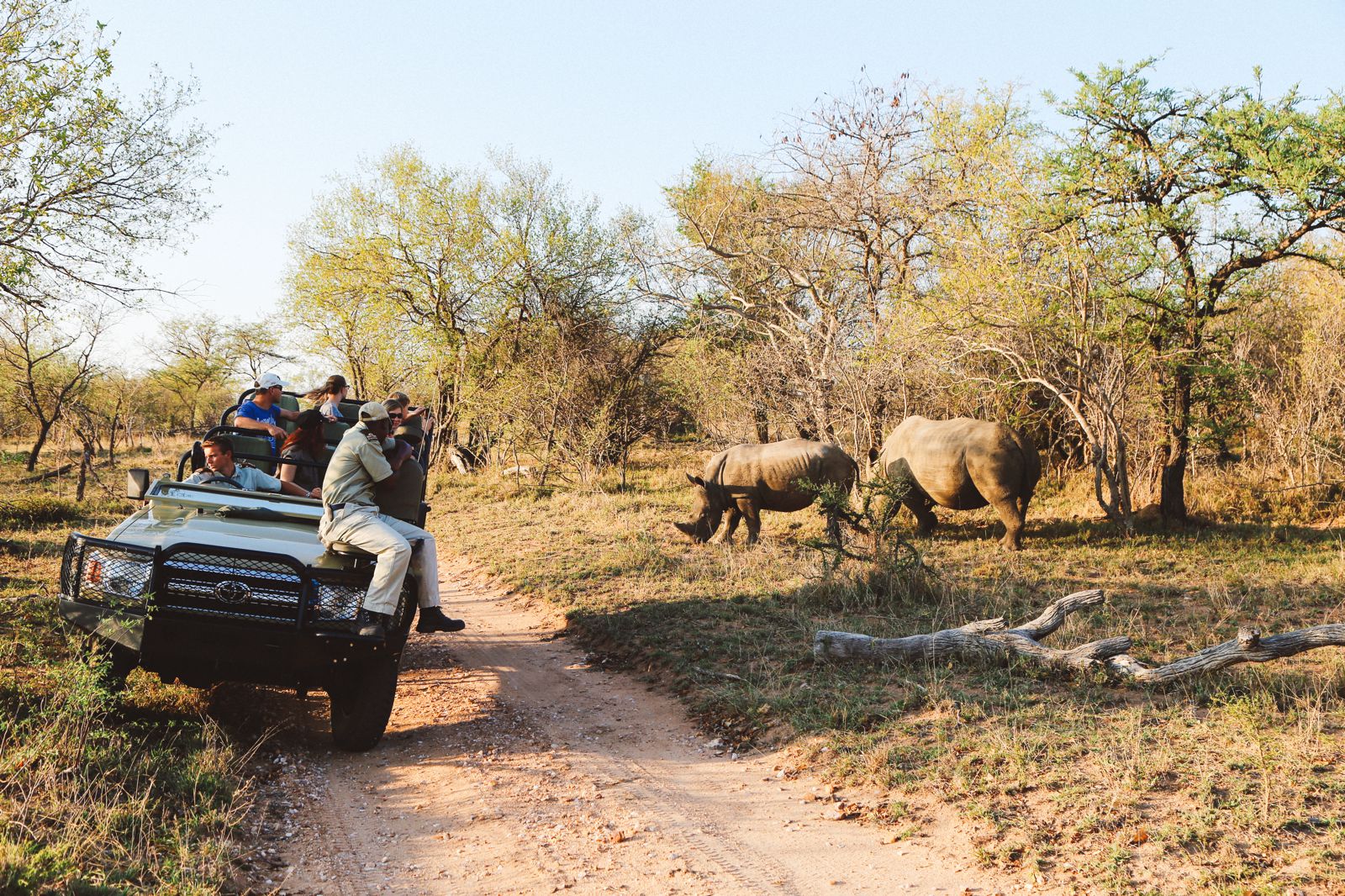