12 Best Things To Do In Glasgow, Scotland 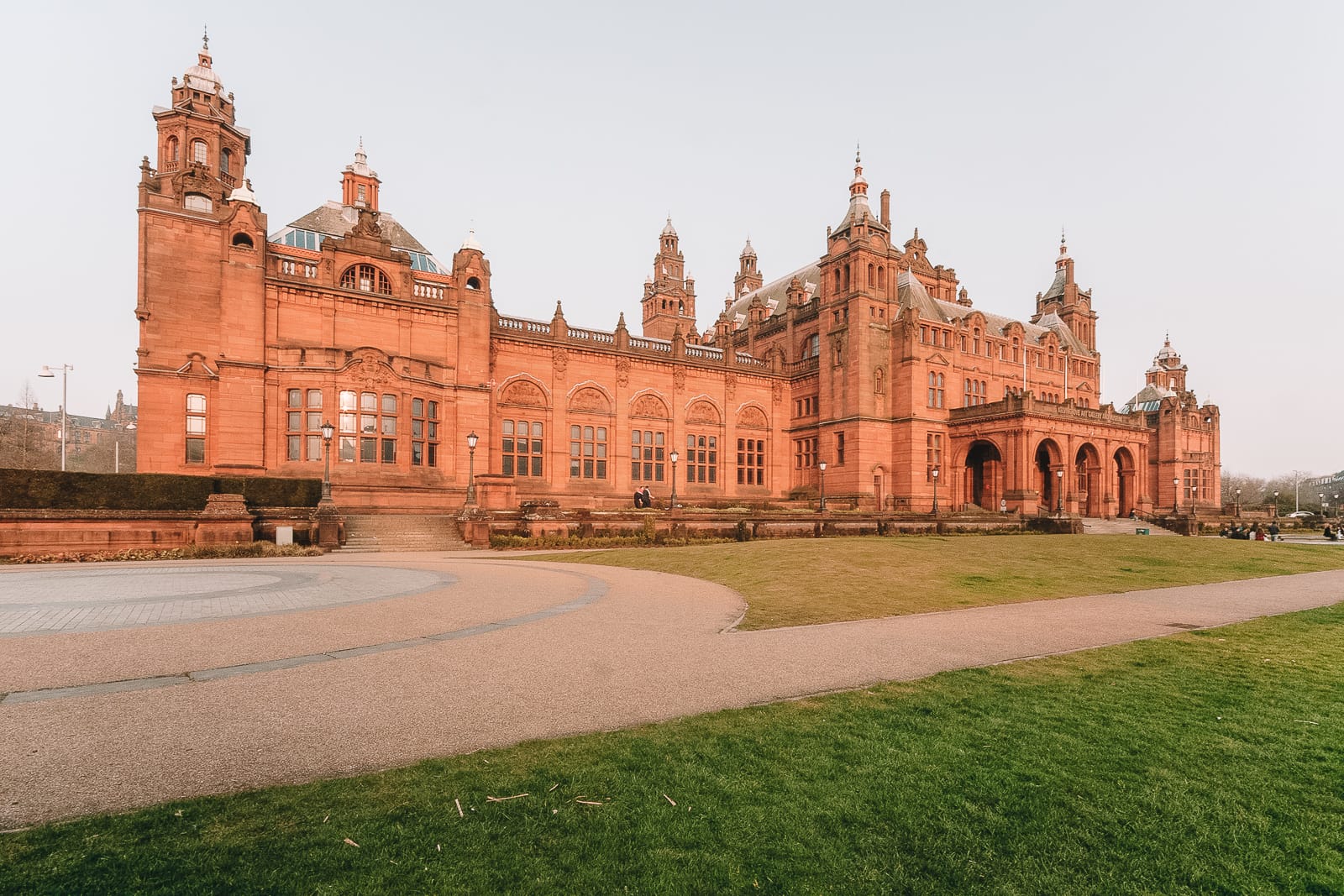 Glasgow is one of the biggest cities in the UK and the largest in Scotland (even larger than the capital, Edinburgh). This makes the city a perfect place for a wee city break to explore the best things to do in Glasgow.

Although Edinburgh gets a lot of attention with its incredible history, castle and stunning sights to see, don’t let it overshadow your opinion of Glasgow. It’s a totally vibrant and buzzing Scottish city that’s so much fun to explore.

After spending a good few years living in Scotland, I had loads of time to pop over to Glasgow. That’s why I wanted to share some of the best things to do in Glasgow on your visit.  From the amazing bars, restaurants and pubs to the beautiful art and museums, there really is a corner of Glasgow that everyone will love. 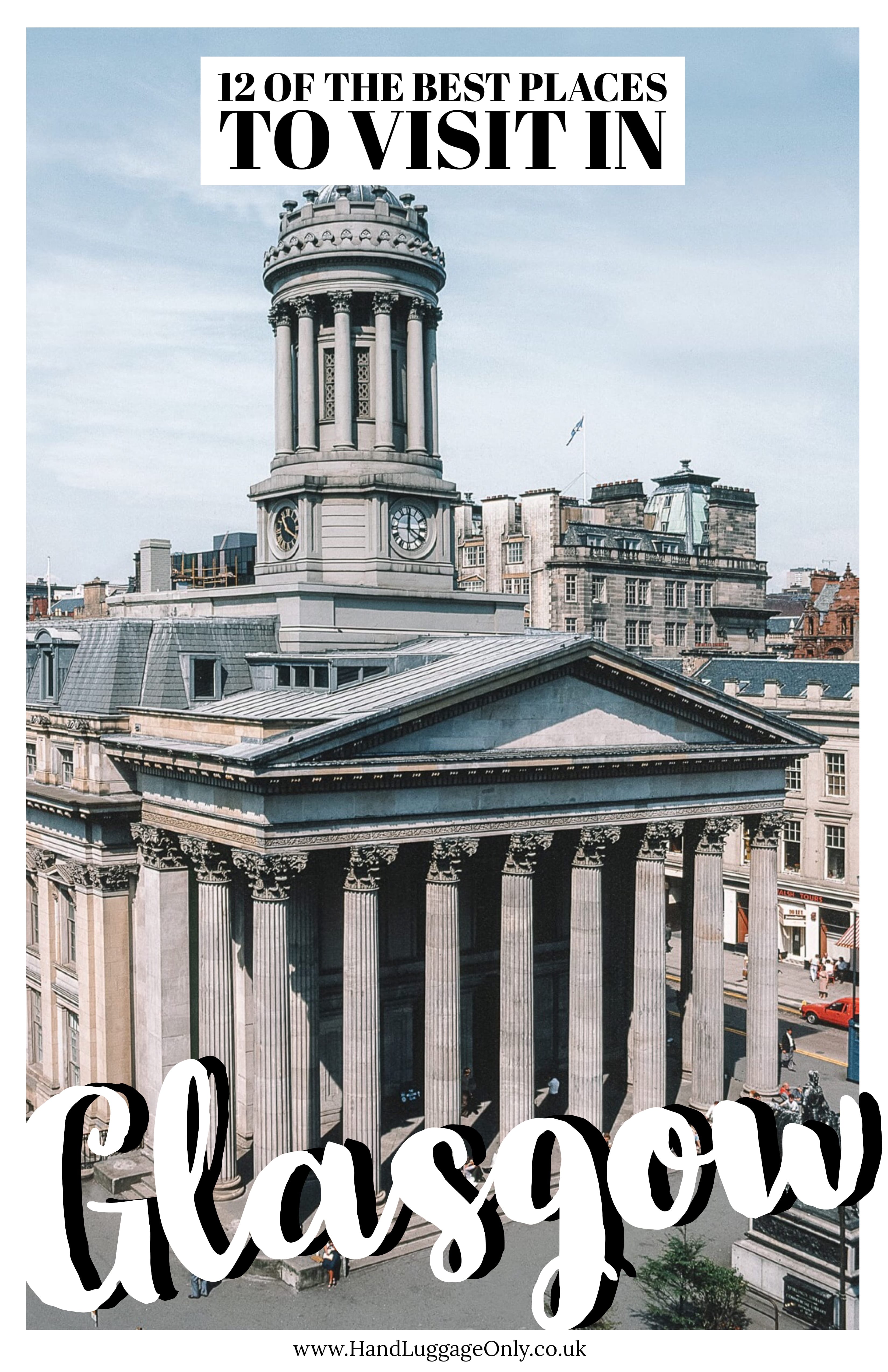 Take a look below at some of the very best things to do in Glasgow below. You’re gonna have the best time. 🏴󠁧󠁢󠁳󠁣󠁴󠁿 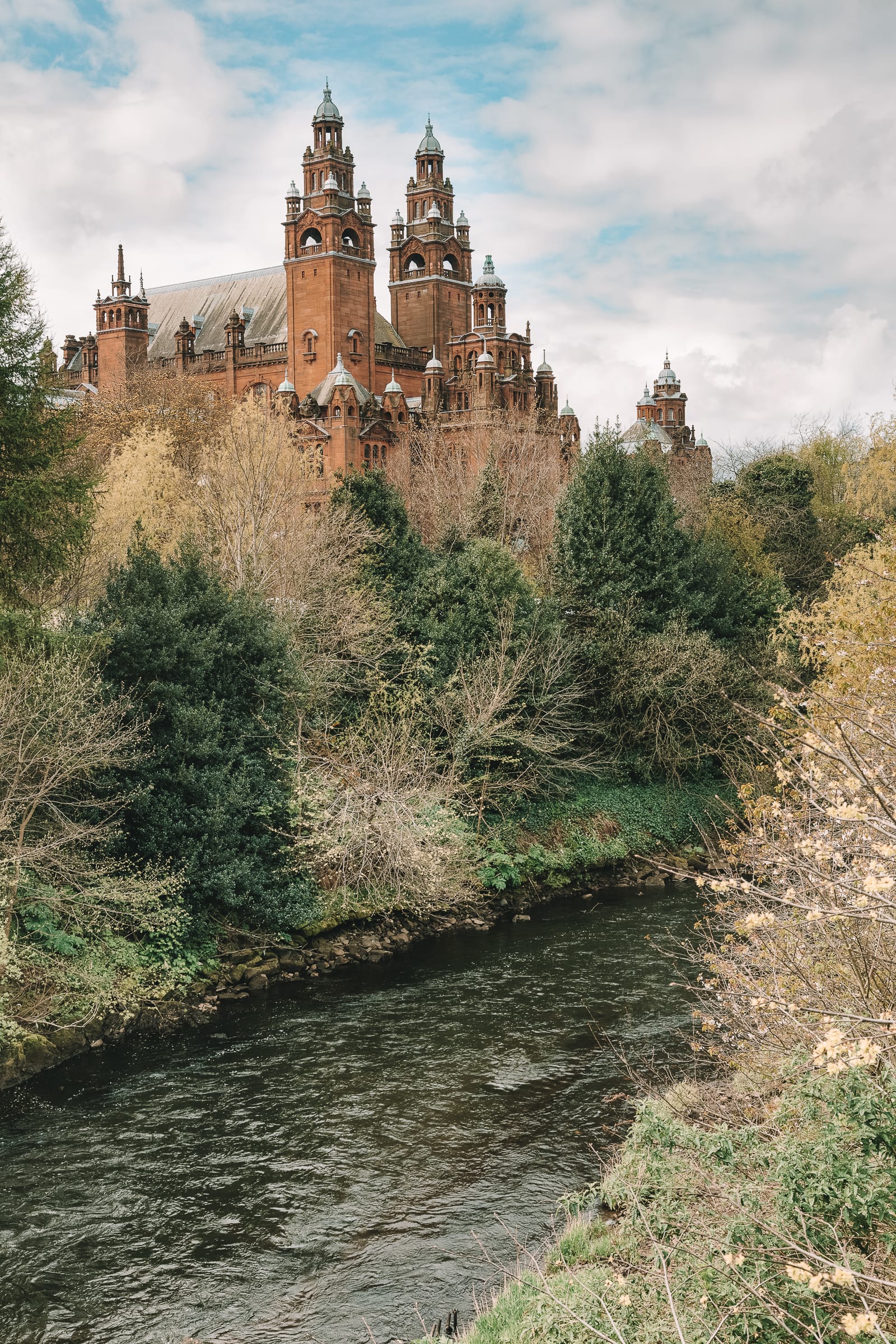 As I mentioned, whilst you’re in Kelvingrove Park, it’s well worth popping over to visit some of the museums that are dotted around this area. It really is one of the best things to do in Glasgow, especially as the vast majority are free.

Don’t forget to visit the Kelvingrove Art Gallery and Museum, that is just amazing. Built to resemble a Renaissance style castle, it looks like something out of a fairytale.

Pretty recently, the museum underwent a huge renovation and is now up there as one of the best museums in all of Scotland. It is open daily and has free entry (that’s something that I always love).

Afterwards, pop over to the Fish People Cafe (on Scotland Street) for some Scottish Oysters and scallops. 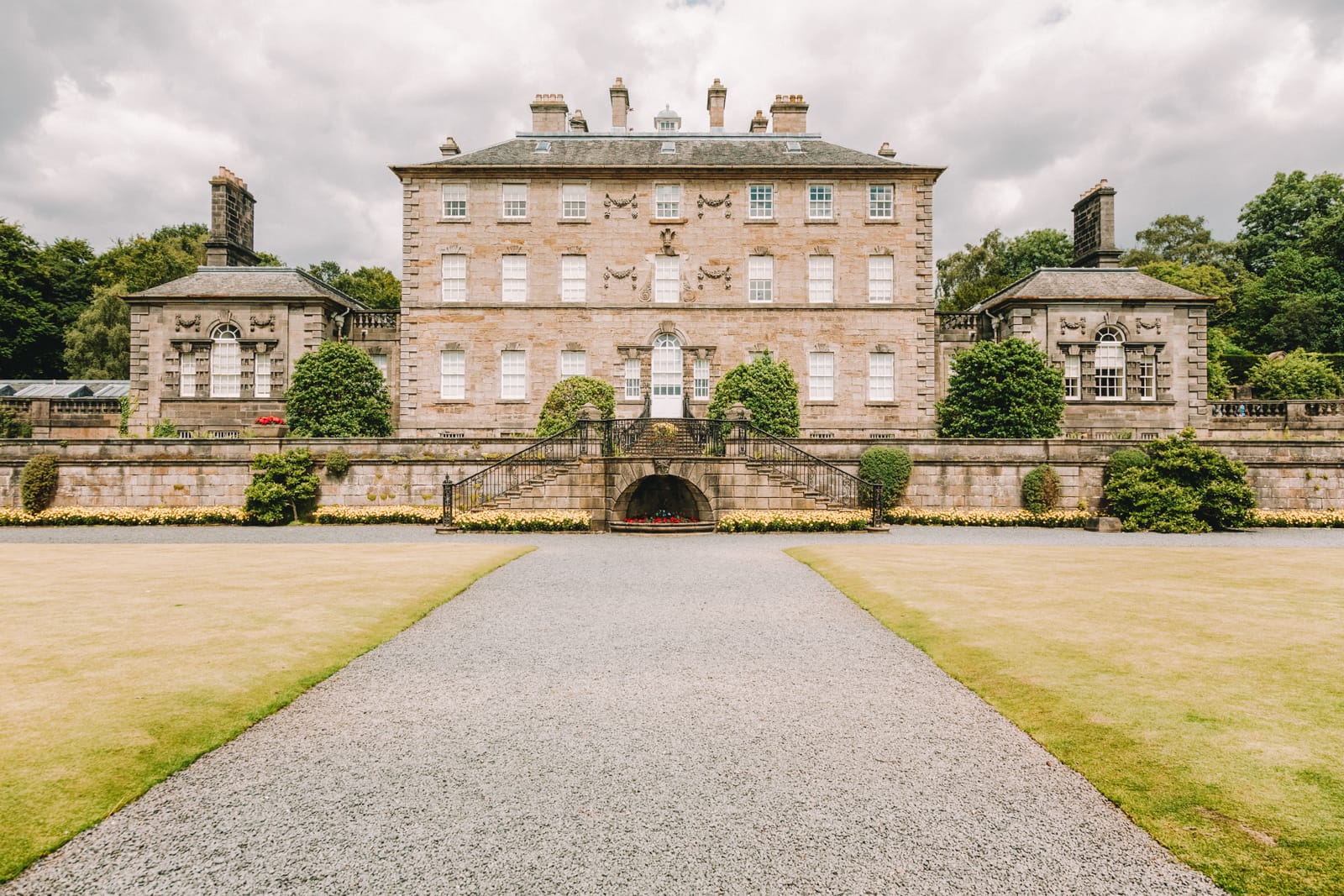 Over the last few decades, Pollok Country Park has won quite a few awards as one of the best parks in Europe, it’s lovely.  One of the best things to do in Glasgow, especially for a little stroll, the park itself used to belong to the Pollock family (that called this area home). Eventually, after 700 years, the park and Pollok House was gifted to the city to remain as a public park for us all to enjoy. You might even spot some highland coos! 🐮

Whilst here, make sure to walk along the White Cart River or bike the parks relatively new routes too. Oh and just remember, Pollok Country Park is home to the Burrell Collection but it’s currently under renovation and due for completion in a few years. 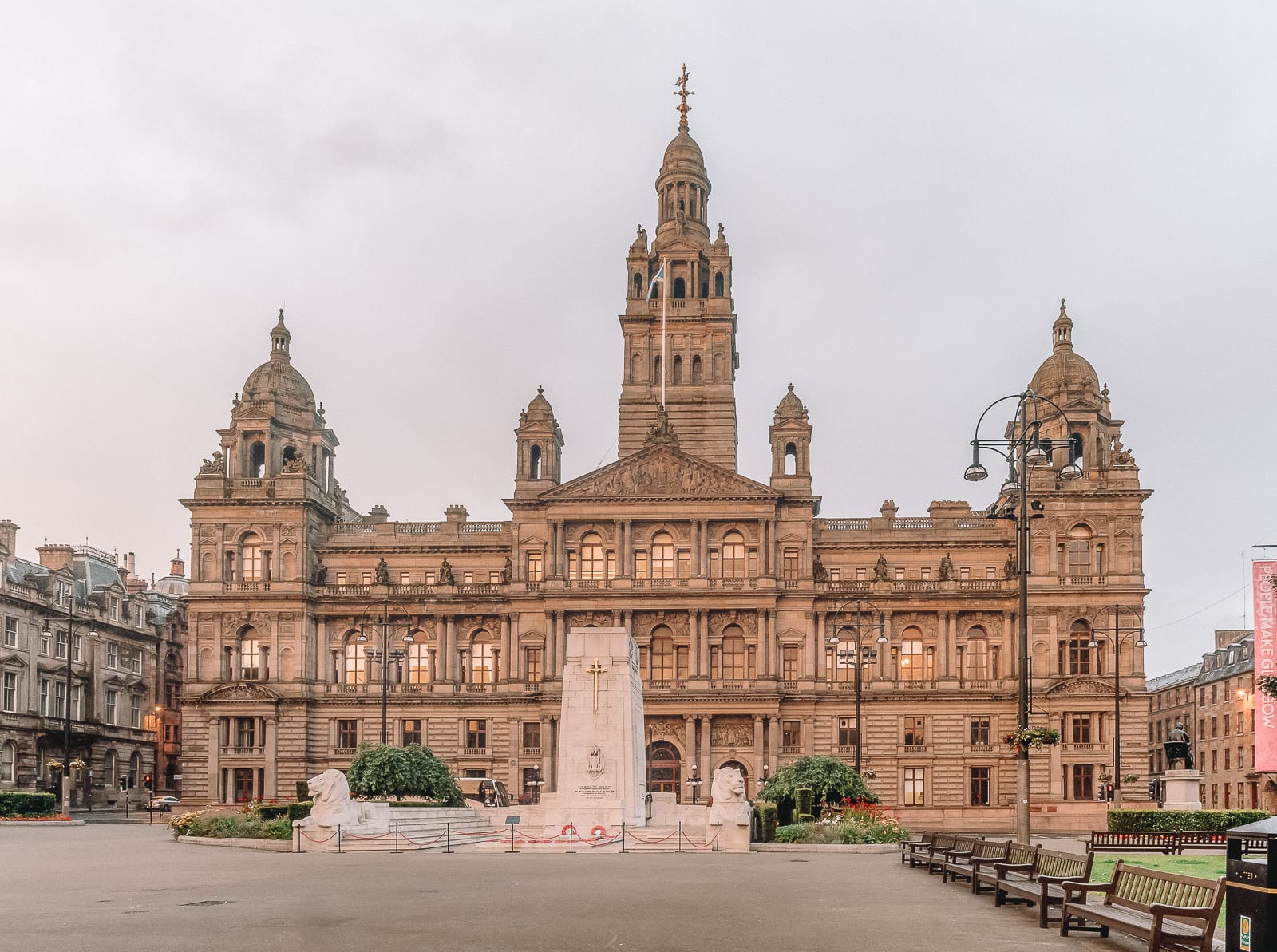 The City Chambers has been the seat of Glasgow governance since the late 1800s and a great place to see if you love history.

Nowadays, you can join one of the City Chambers free tours that include the stunning entrance hall and banqueting hall. Tours usually run at 10:30 am and 2:30 pm (Monday – Friday). Now, you can’t book tickets online so I’d definitely recommend getting here about 20-30 minutes before to grab a spot.

Afterwards, pop over to St Jude’s (on Bath Street) for one of the juiciest burgers in the city!

4.) See the Duke of Wellington Statue 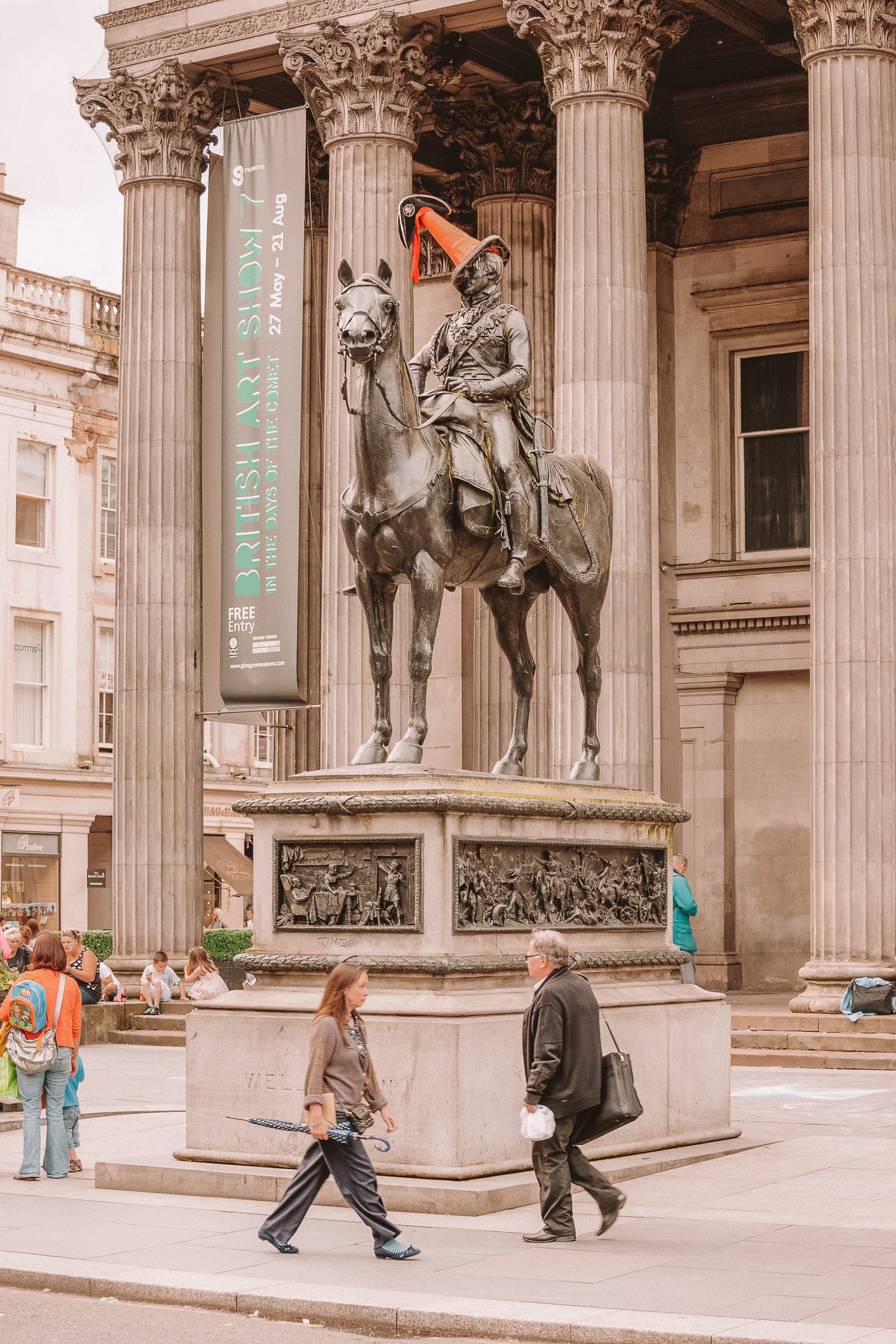 Glasgow has a sense of humour, it really does! That’s what makes it so much fun to visit. That being said, if you wanna see proof of this, pop over to the Duke of Wellington Statue at the Royal Exchange Square.

Once here, see if you can spot the Duke with a fetching hat… he’s usually sporting a traffic cone that has now become a tradition in Glasgow! Apparently, the council always try to remove the cone but it’s nearly always put back on.

A fleeting, but pretty funny thing to see! If 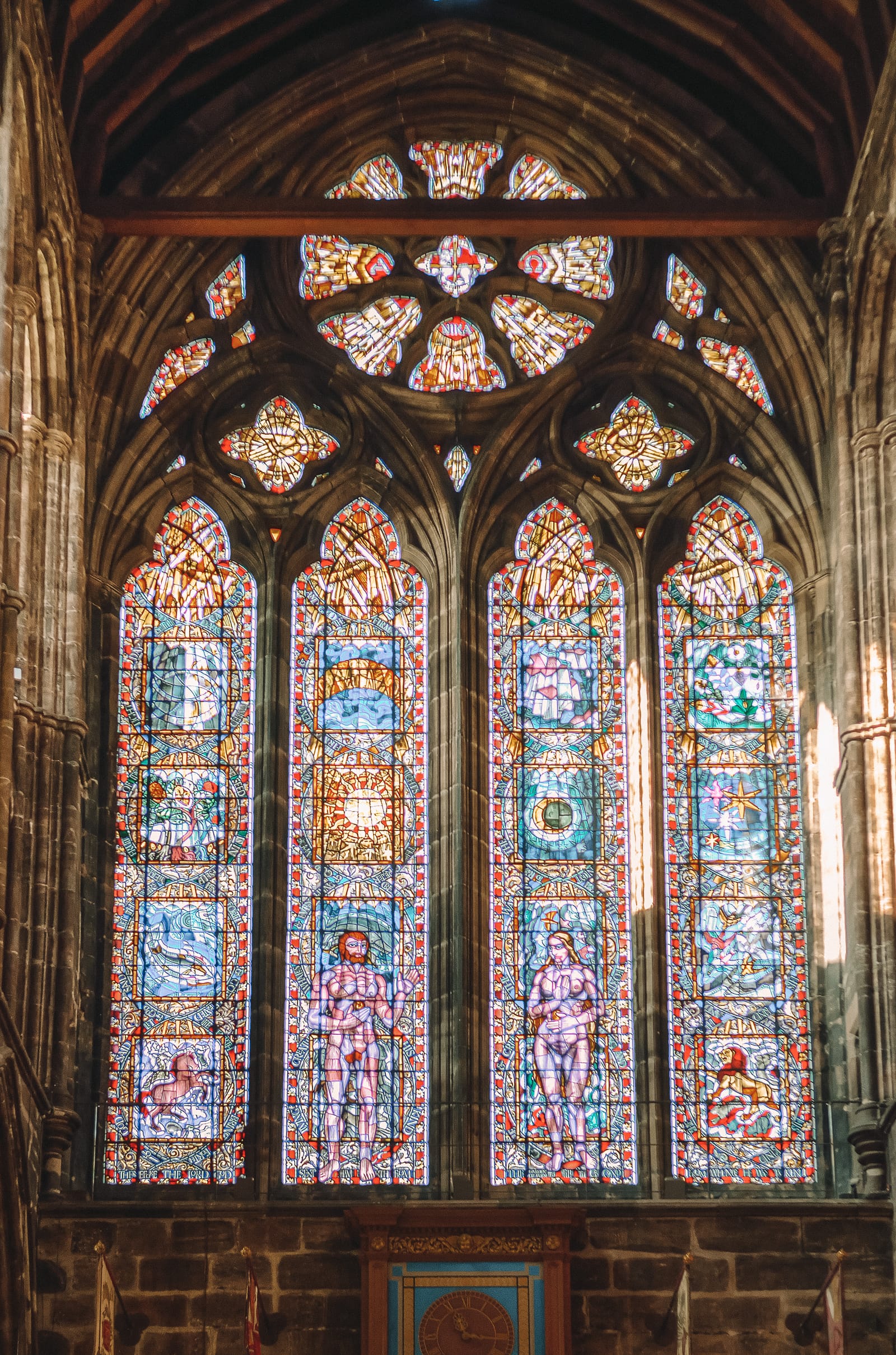 Dedicated to the city’s patron saint, Saint Mungo, seeing the cathedral is one of the best things to do in Glasgow. Especially if you love gorgeous buildings and history.

Consecrated way back in the 12th century (though it took a few hundred years to build), the Cathedral is so iconic and the oldest in mainland Scotland. Once here, you can walk around the cathedral and explore its incredible history. It’s totally free to enter although it might be closed during services. 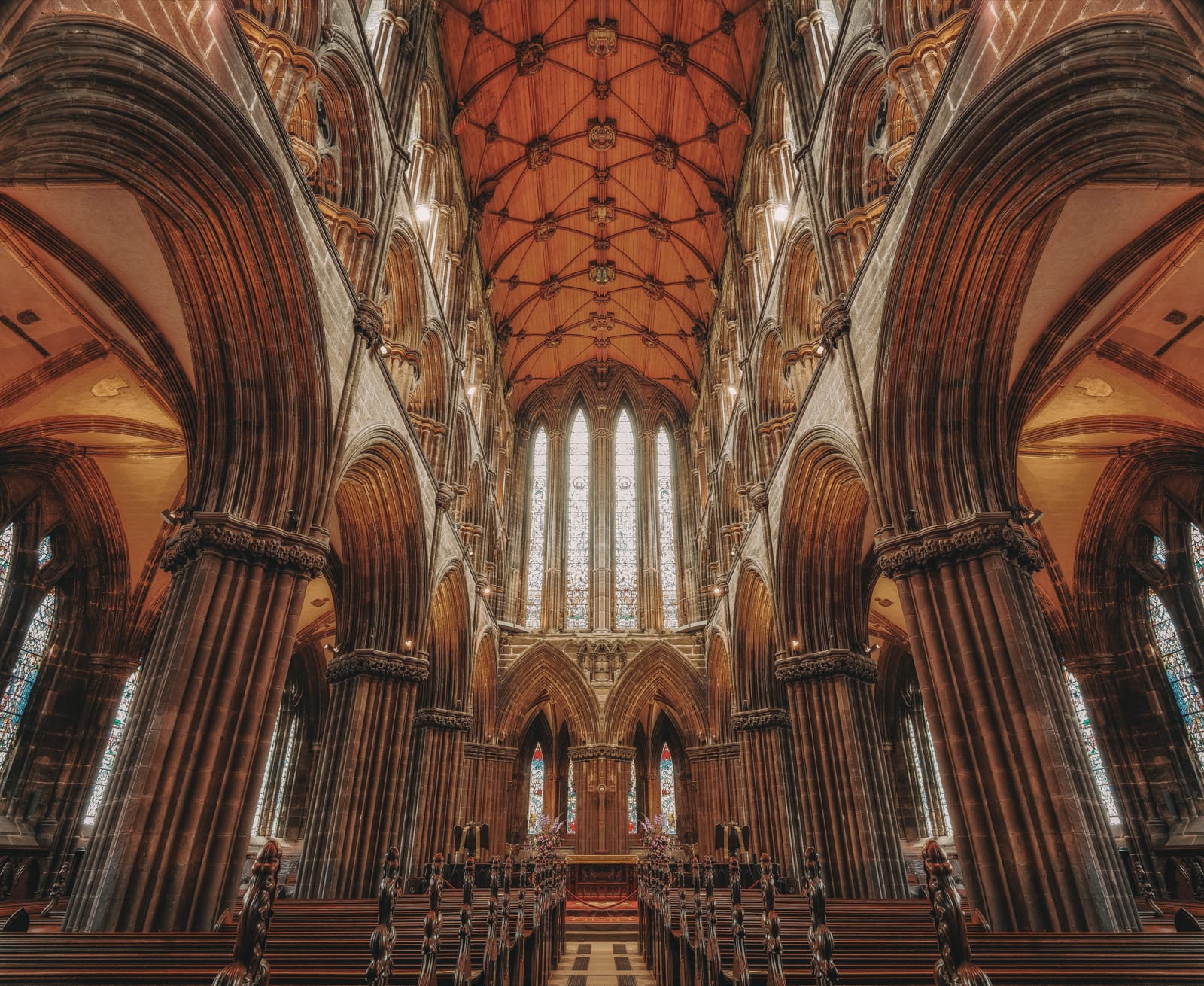 If all that exploring works up an appetite, pop over to Picnic (on Ingram Street) for one of the best brunches in town. They make epic waffles!

6.) Escape the rain at the Riverside Museum 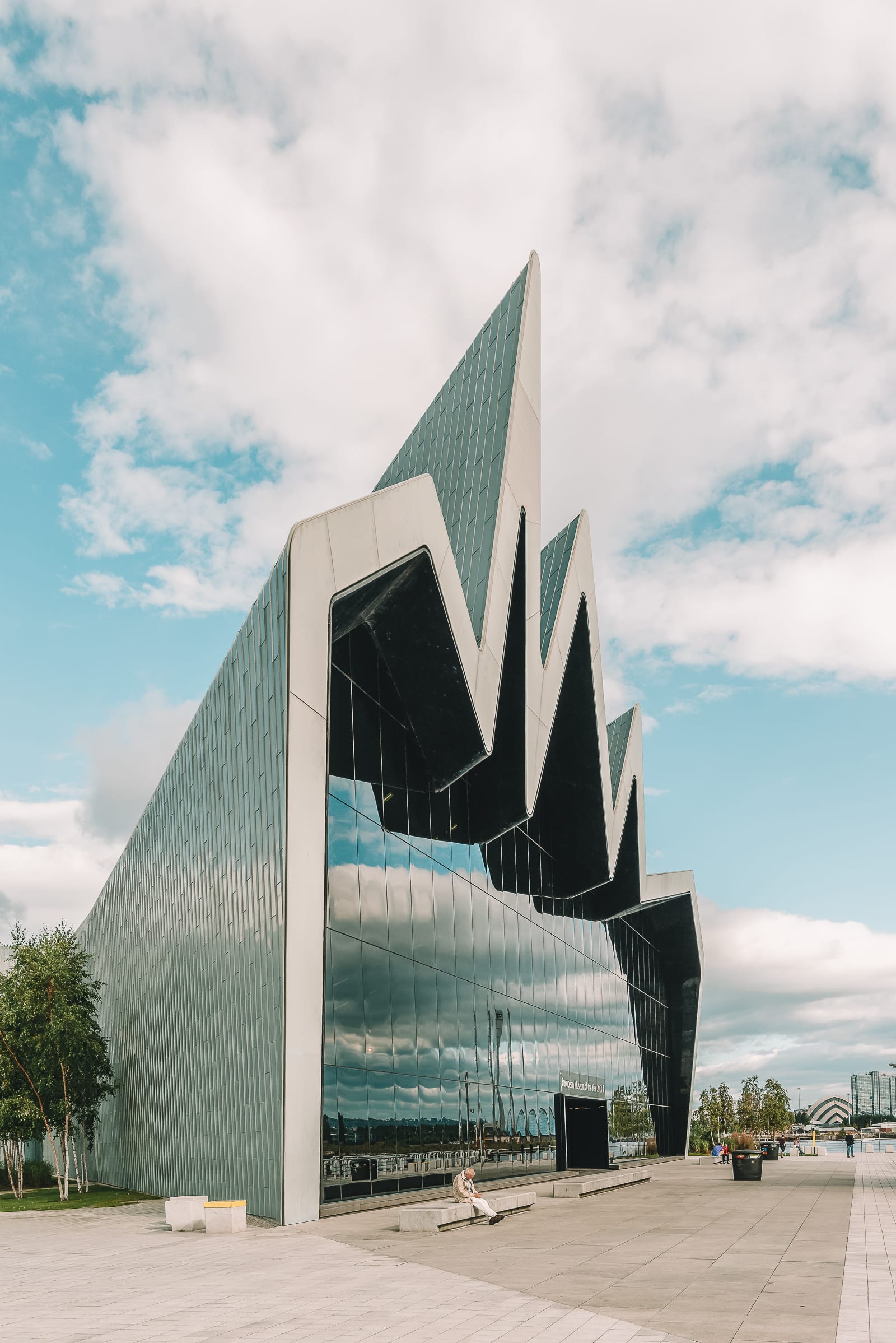 If the weather takes a turn for the worst, there are some indoor spots like the Riverside Museum where you can escape the rain.

Now, the Riverside might not be everyone’s cup of tea (it’s a transport museum) but it does show off the history of Glasgow and its ship-building history that was once world-famous.

If you’re into transport and history in the city, you’ll find this to be one of the best things to do in Glasgow. That being said, if it’s not your thing you’ll likely loathe it.

Afterwards, pop over to Wee Lochan (on Crow Road) for a gorgeous dinner. They do the best fish in the city (in my opinion, at least). 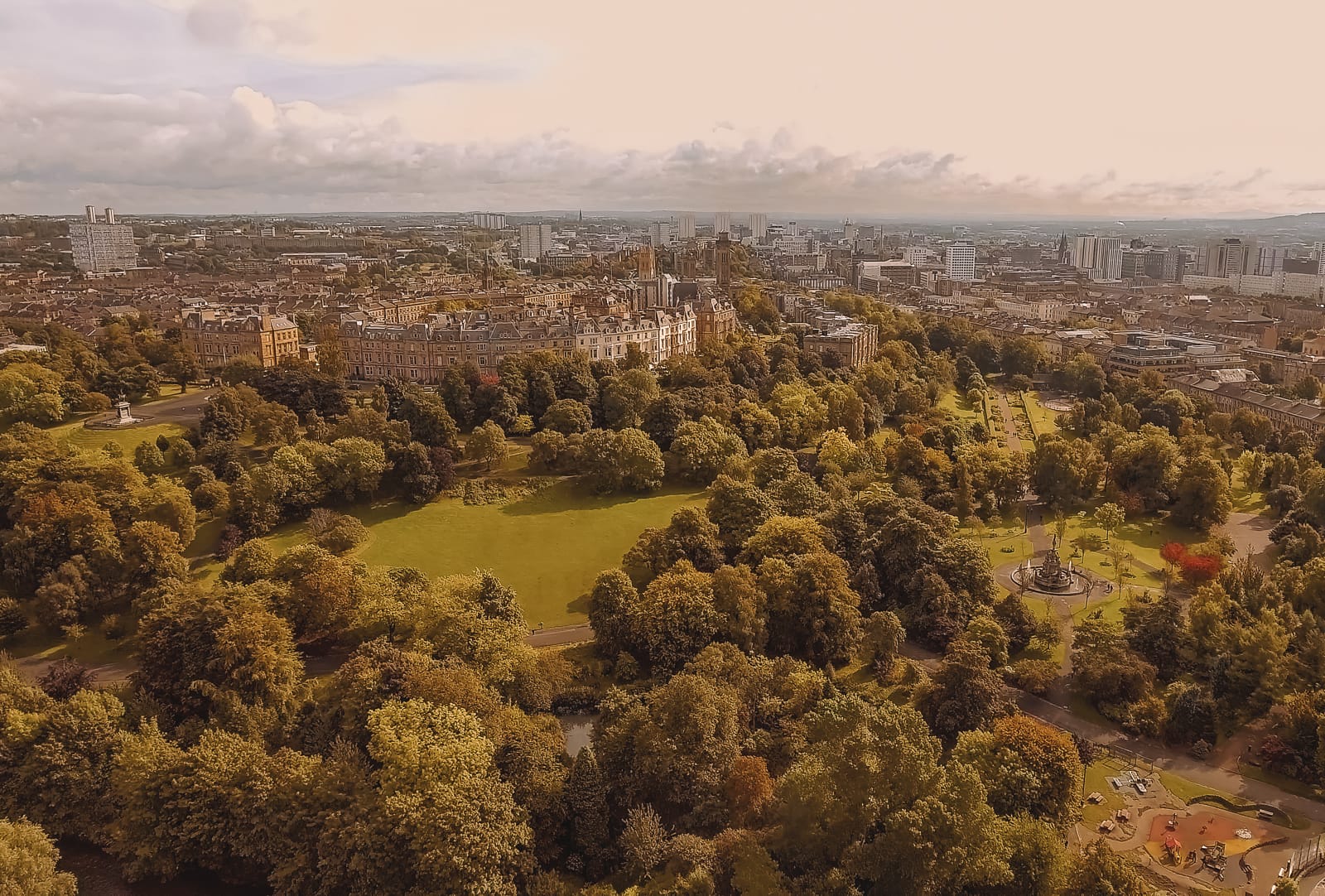 Strolling through Kelvingrove Park is one of the best things to do in Glasgow if you want to take a break from the city itself. Even though it’s in the city centre, you’ll still find some gorgeous trails beside the River Kelvin that is lovely on a sunny day. 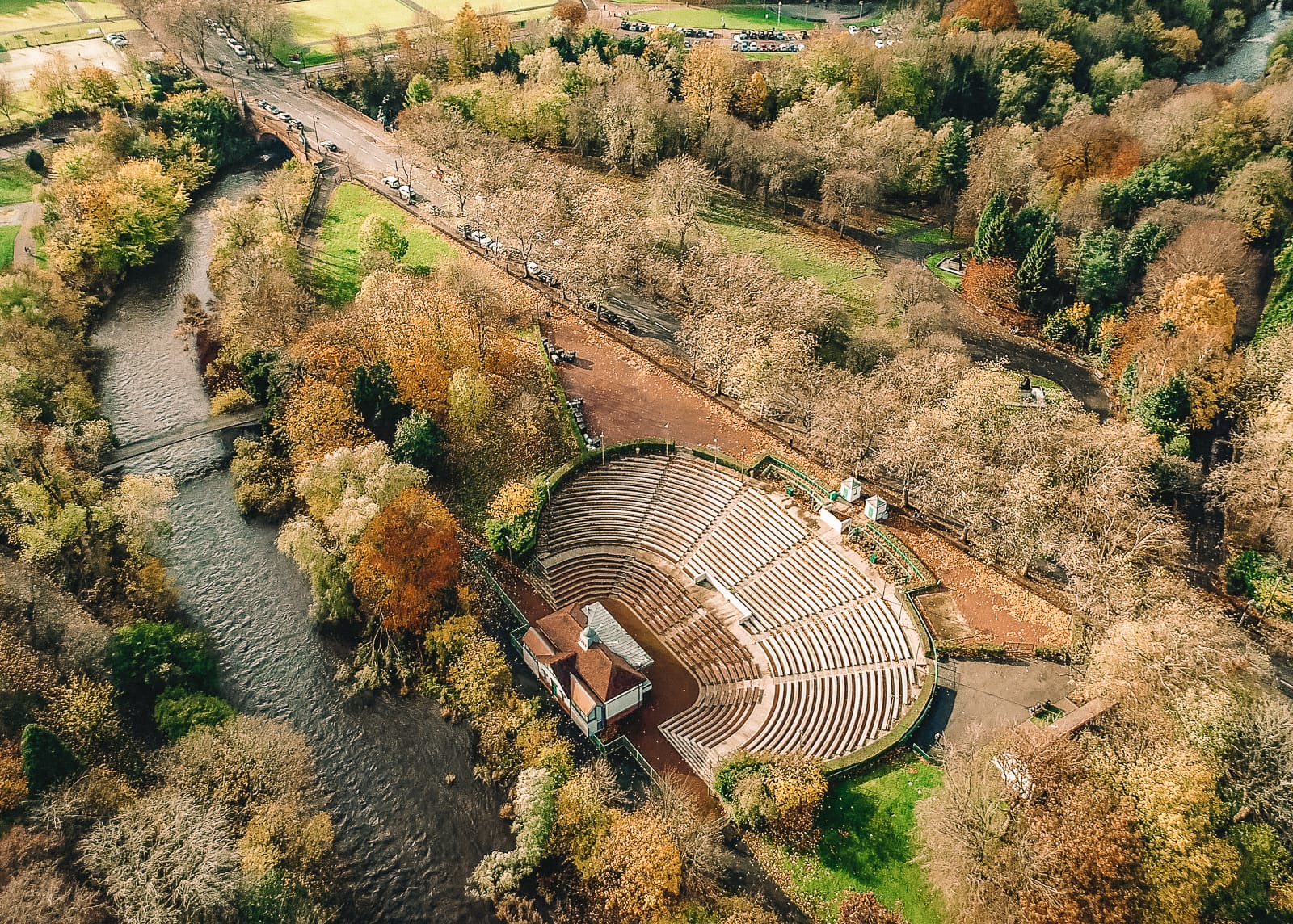 Oh, and don’t forget to check out the bandstand for local events that happen seasonally and on weekends. Whilst here, it’s a good idea to partner up a visit to the park with a trip to the nearby Hunterian Museum. It’s minutes away from the park.

8.) Have a dram at Glengoyne Distillery 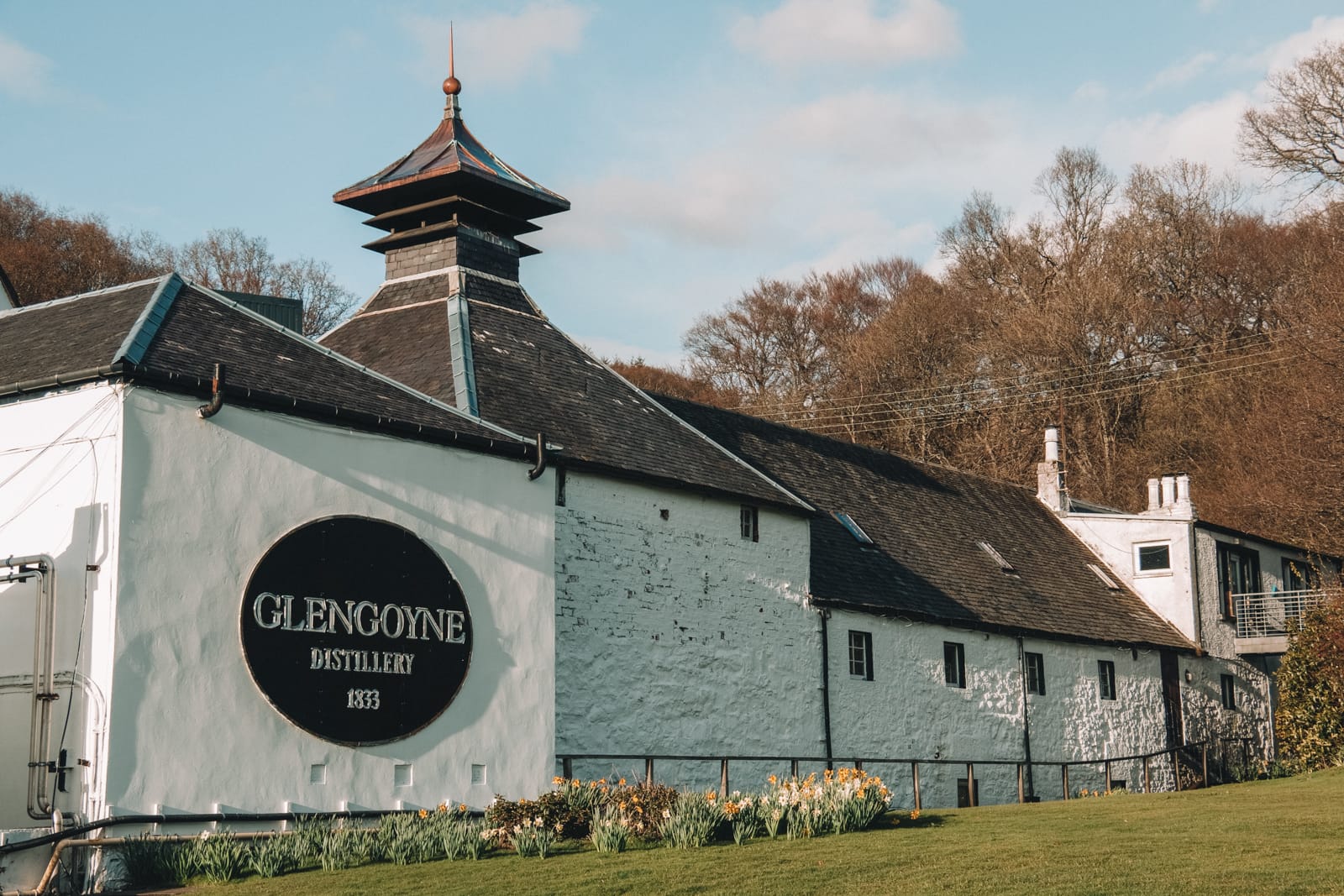 You can’t go all the way to Scotland without at least one little galivant to a distillery! Now, if you’re fancying a little tour of one make sure to pop into the Glengoyne Distillery that’ll teach you all you need to know about Whisky.

Around a 35-minute drive from the city, it’s one of the best things to do in Glasgow if you want an authentic look at a real distillery. That being said, there are quite a few distilleries to choose from so don’t feel this is your only choice.

Oh, and make sure to have a wee dram of single-malt whisky. 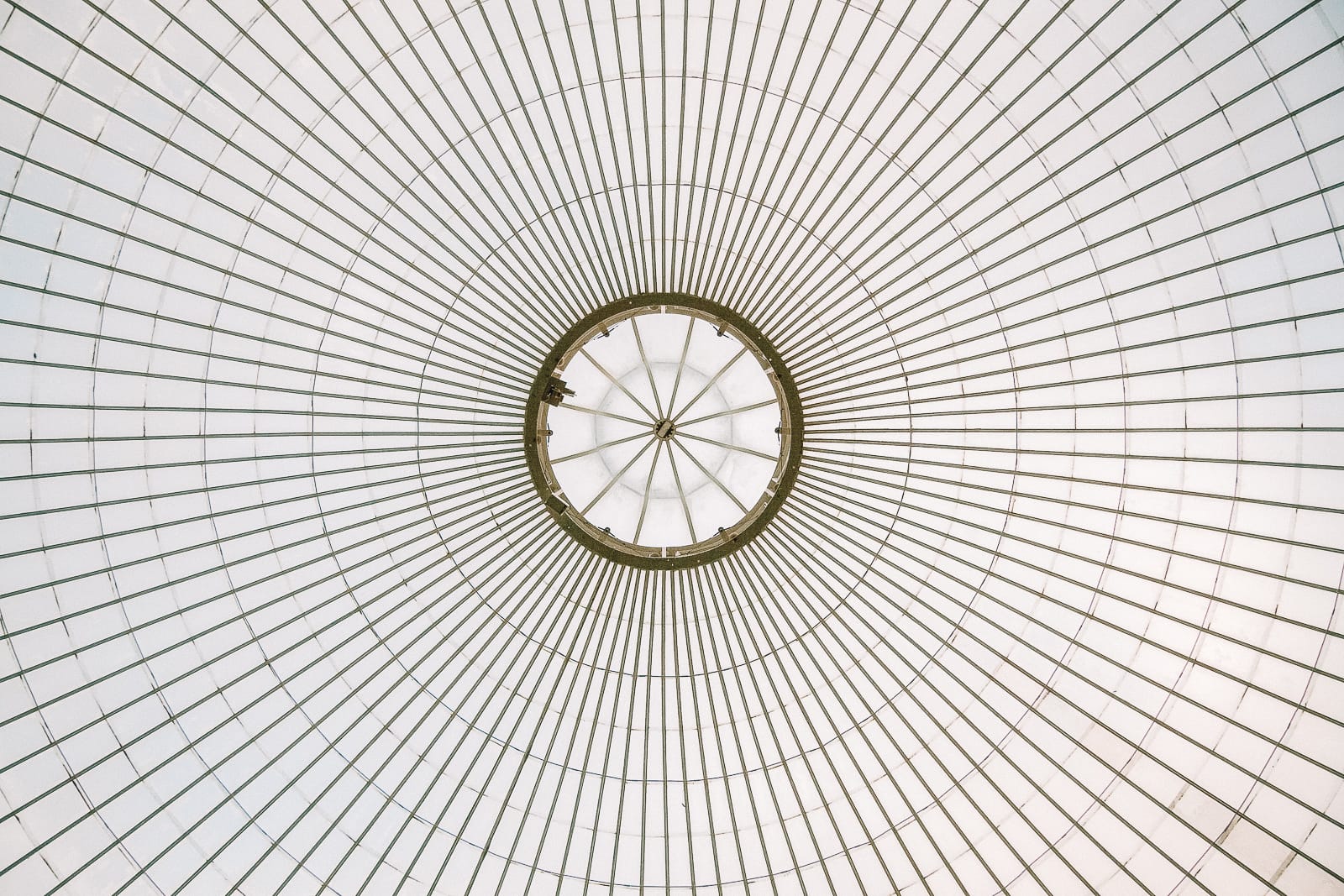 The Botanic Gardens and Kibble Palace are another one of the city’s free attraction that area a great place to visit.

Located alongside the River Kelvin, the garden is a great place to see, especially the greenhouses (like Kibble Palace). Once inside Kibble Palace, you’ll see the huge collection of tropical plants and trees that would be more at home in a rainforest!

If you fancy getting outside, pop along the heritage trail that crisscrosses the park itself on the way to Kelvin’s Walkway and the Gardens Arboretum.

Once you’ve worked up an appetite, head over to Ox and Finch that serves a heap of sharing plates with a Scottish flair! It’s so good.

Glasgow is a city that’s filled with energy.. and I don’t say that lightly! There is always something going on in the city.

One of the best things to do in Glasgow during your visit is to check city schedules for festivals and music events that go on throughout the year. If it’s whisky you like, pop over to see the Whisky Festival, the Southside Fringe, or even the famous TRNSMT Festival which happens in summer.

That being said, there are also spots like the Glasgow Royal Concert Hall that hosts the city’s Celtic Connections Festival.

There are dozens of smaller venues offering live music on a daily basis and I promise you’ll be spoilt for choice. You could be in a crowd of thousands or just a few dozens and that’s what makes Glasgow so special. It’s diversity in places, people and experiences to have. 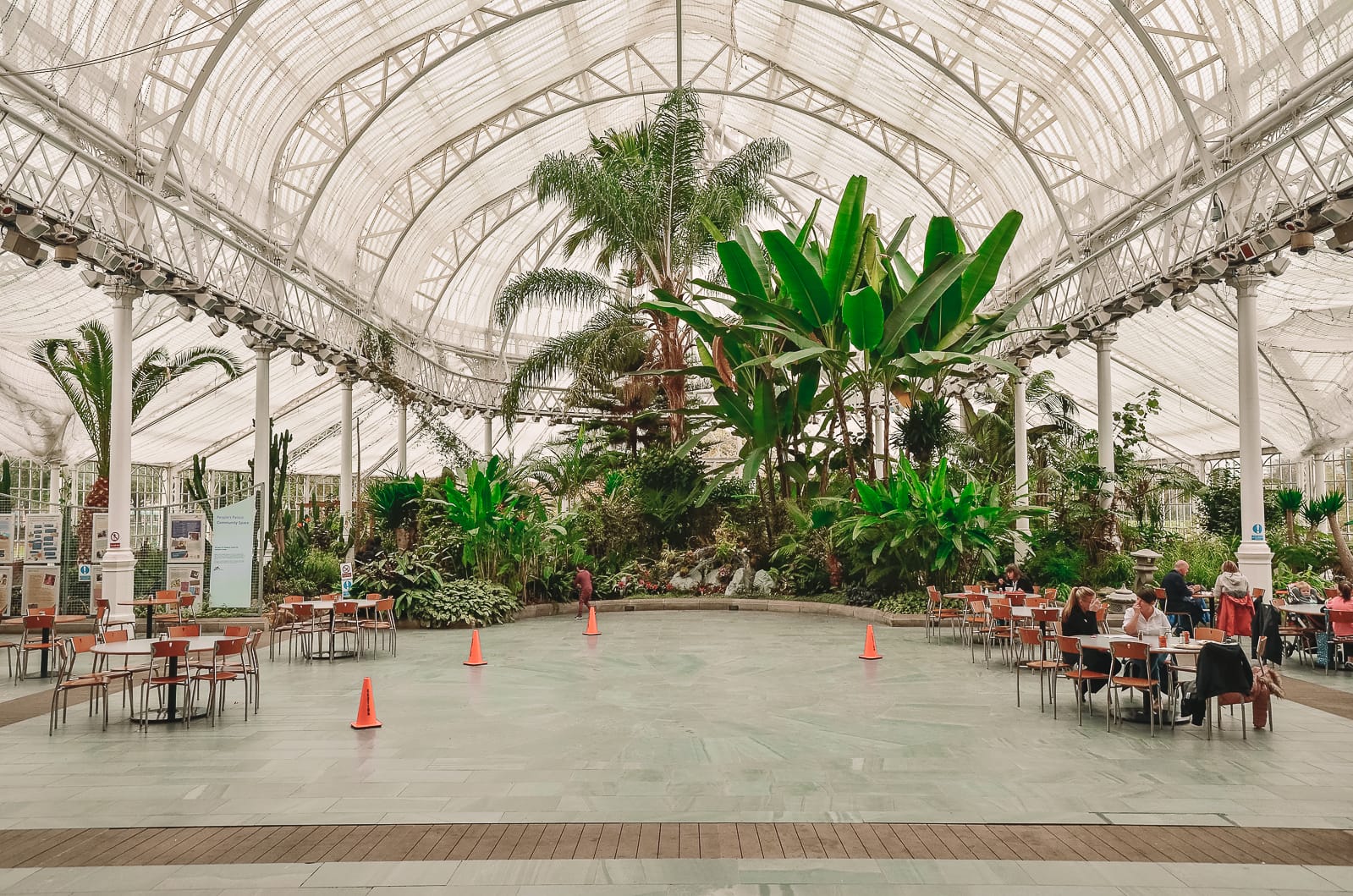 Located on the Glasgow Green, The People’s Palace Museum is another one of Glasgow’s incredible museums. 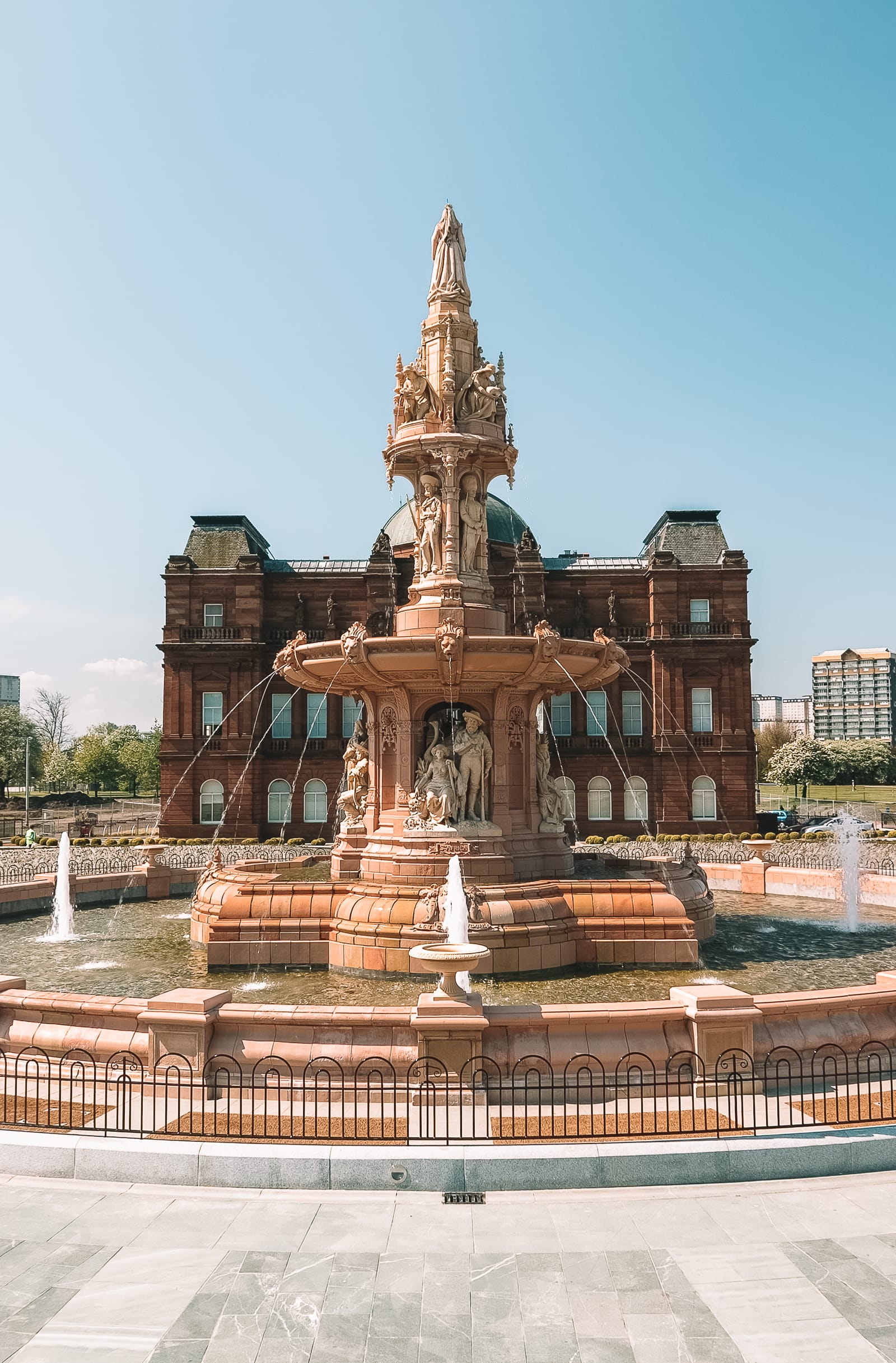 The museum is a reminder of the social history of the people of this city and a place that’s worth exploring. Inside, you’ll see a display about the political activist and local resident John MacLean, too. 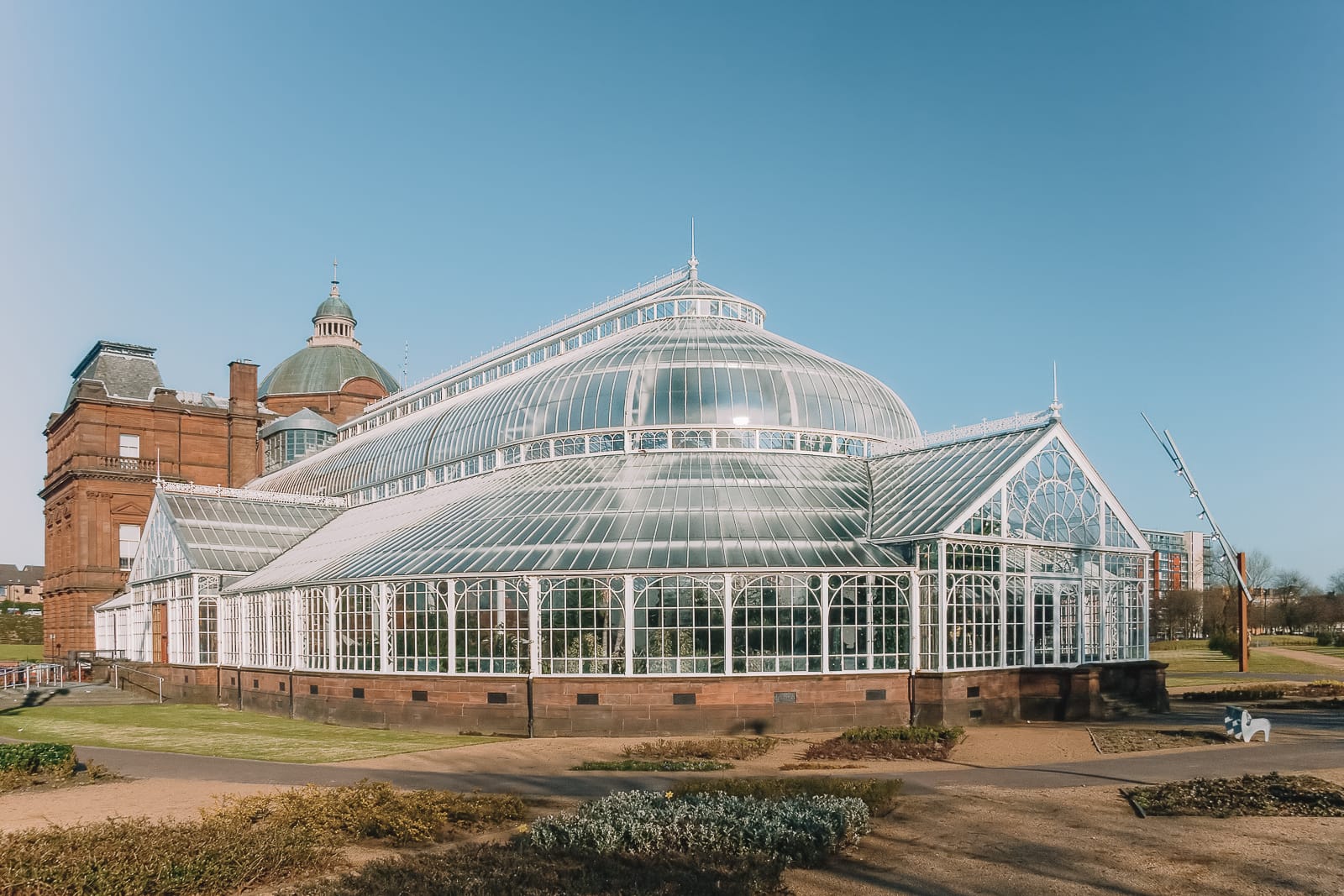 If that’s not your thing, pop around the Winter Gardens is somewhere that you can go to relax among the tropical plants inside the greenhouse. 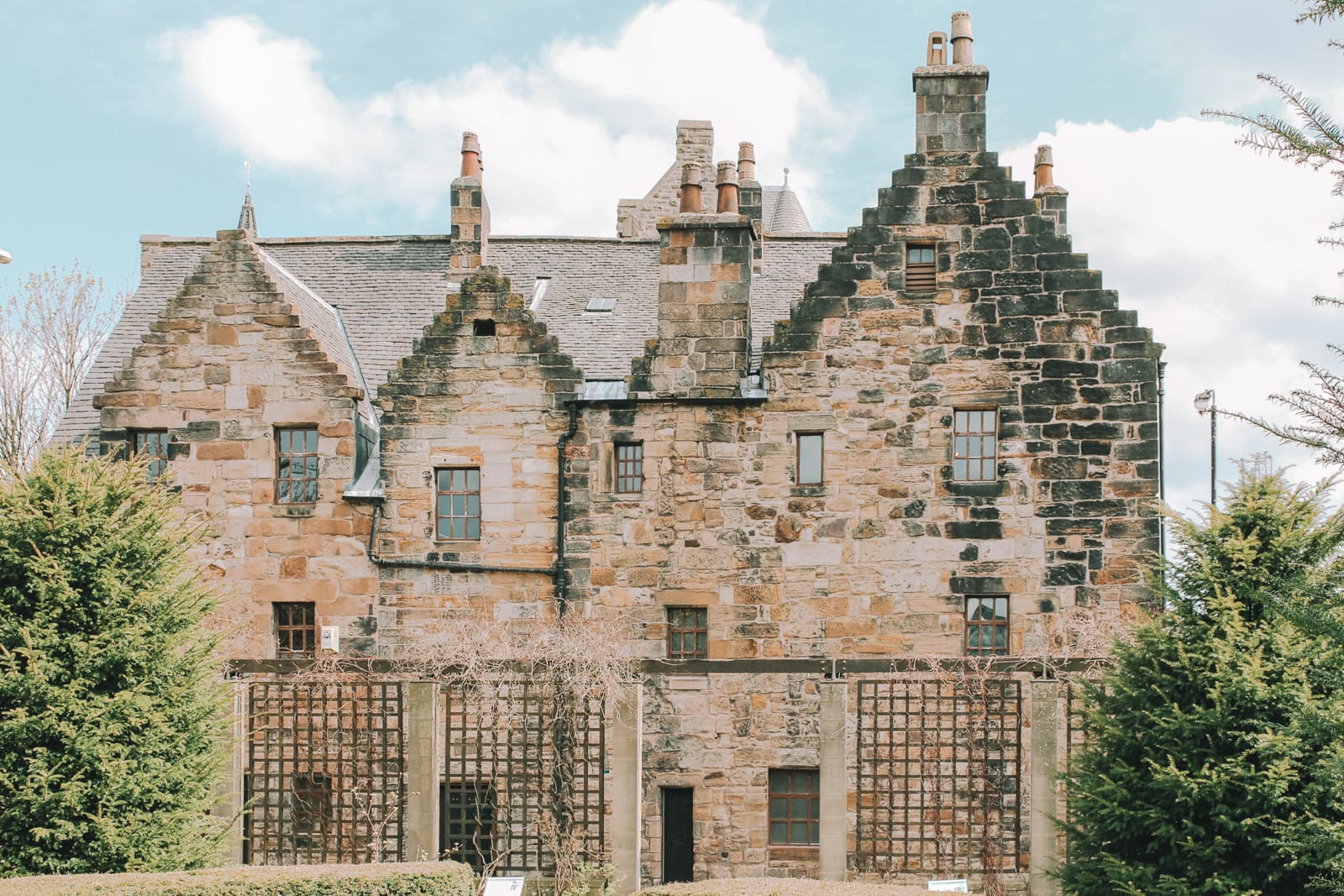 One of only four medieval buildings still surviving in Scotland, the Provand’s Lordship was built way back in the 1400s.

Get a little nosey and take a wander around insider (or in the herb garden, out back). It’s a great place to learn more about Glasgow’s long history.

Read more: What to see whilst in Edinburgh

17 Of The Best Things To Do In Edinburgh, Scotland 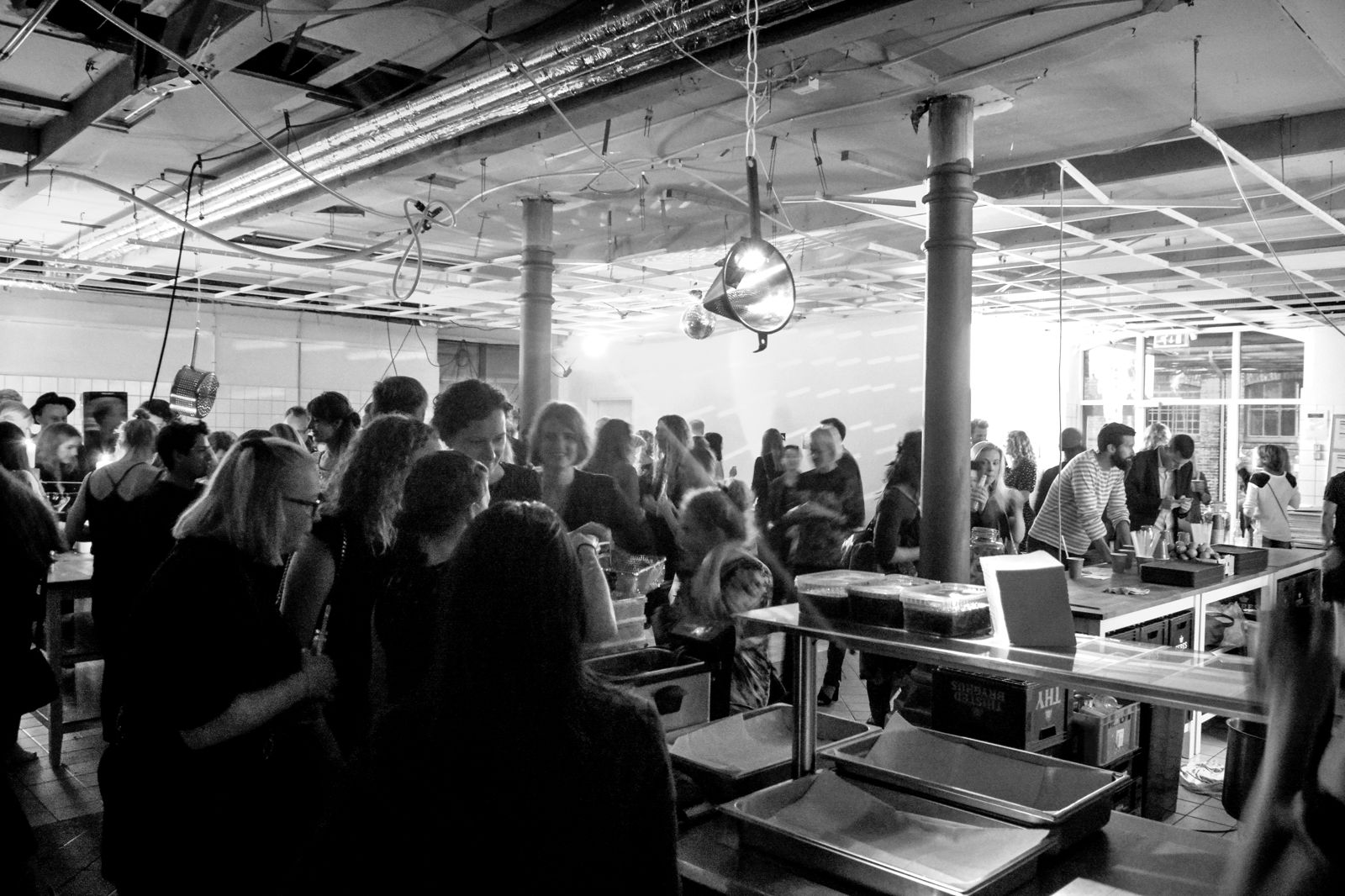 Evenings In The Meat-Packing District, Copenhagen 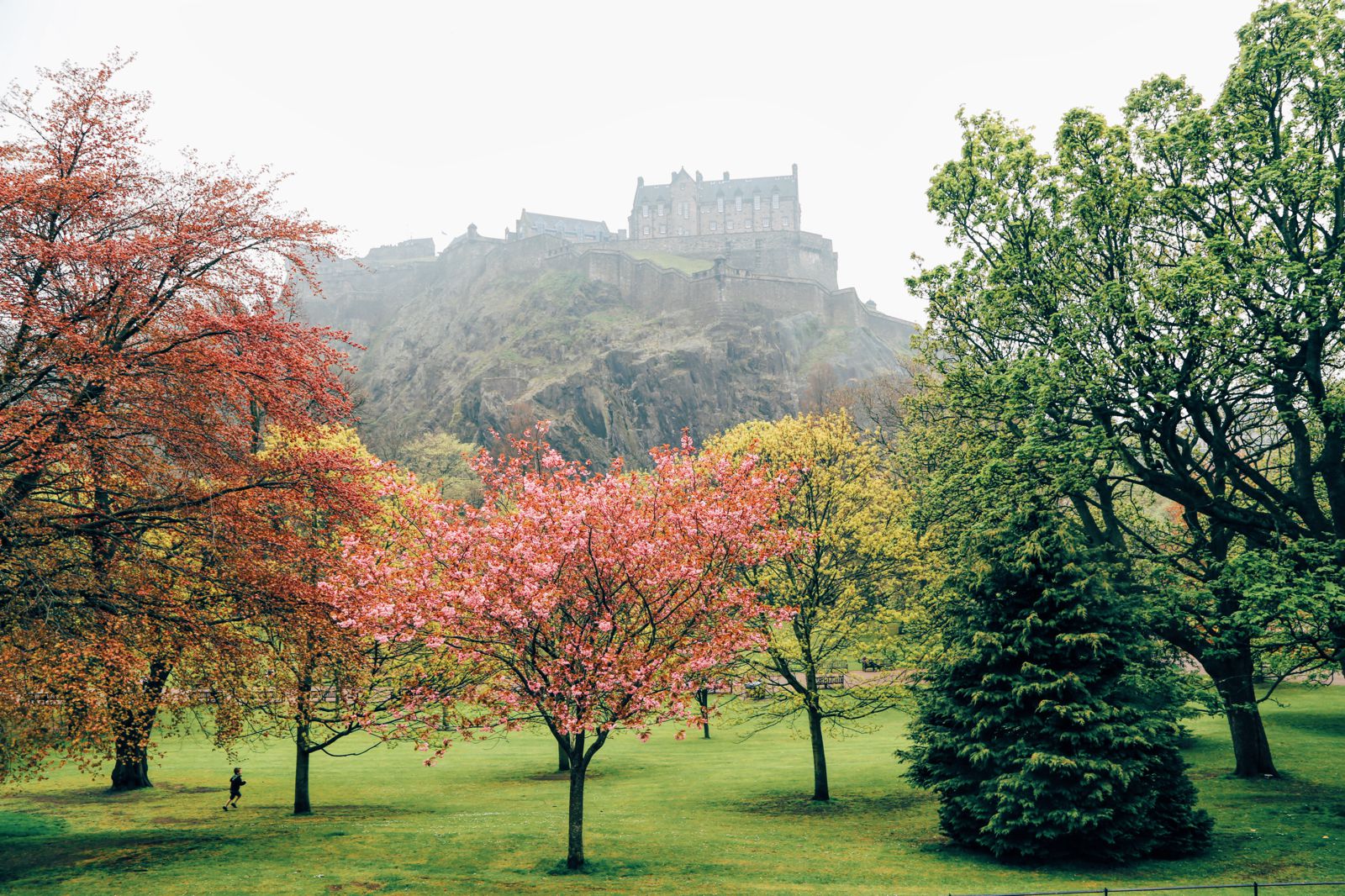 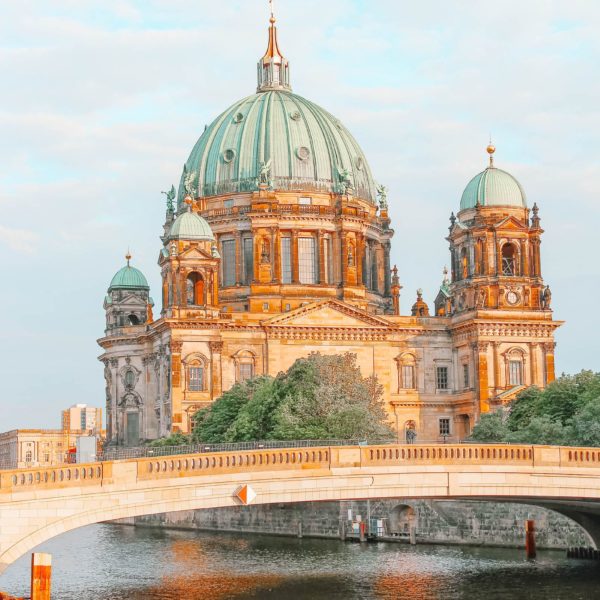 14 Totally Free Things To Do In Berlin