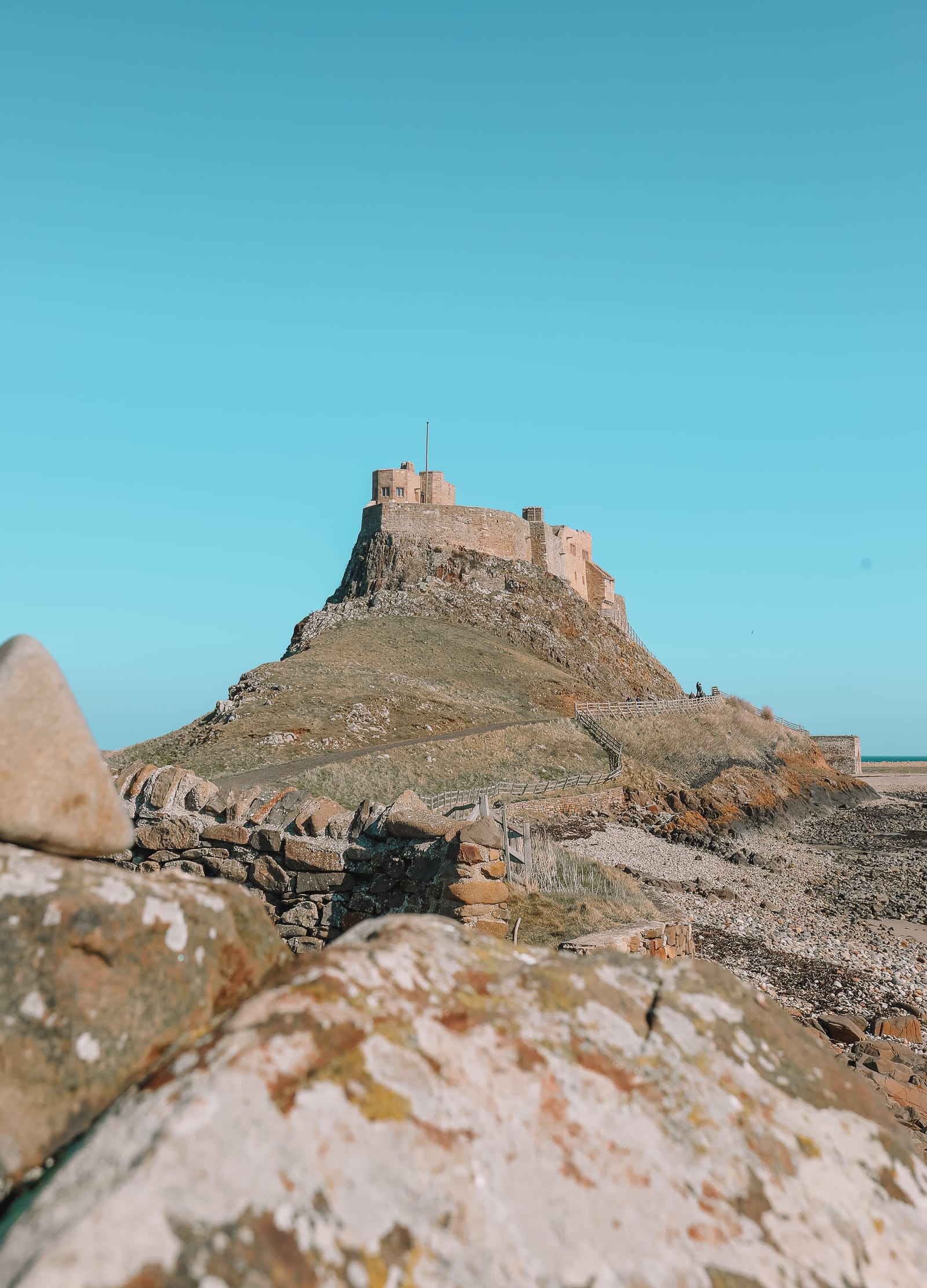 After spending the day on the Farne Island the day before, we decided to start our day nice and chilled visiting the Holy Island of Lindisfarne. After all, a microgap is about not just getting to explore an area but getting to lean into things you love in said-area (and I’m definitely partial to be a bit of chill-time 😁). 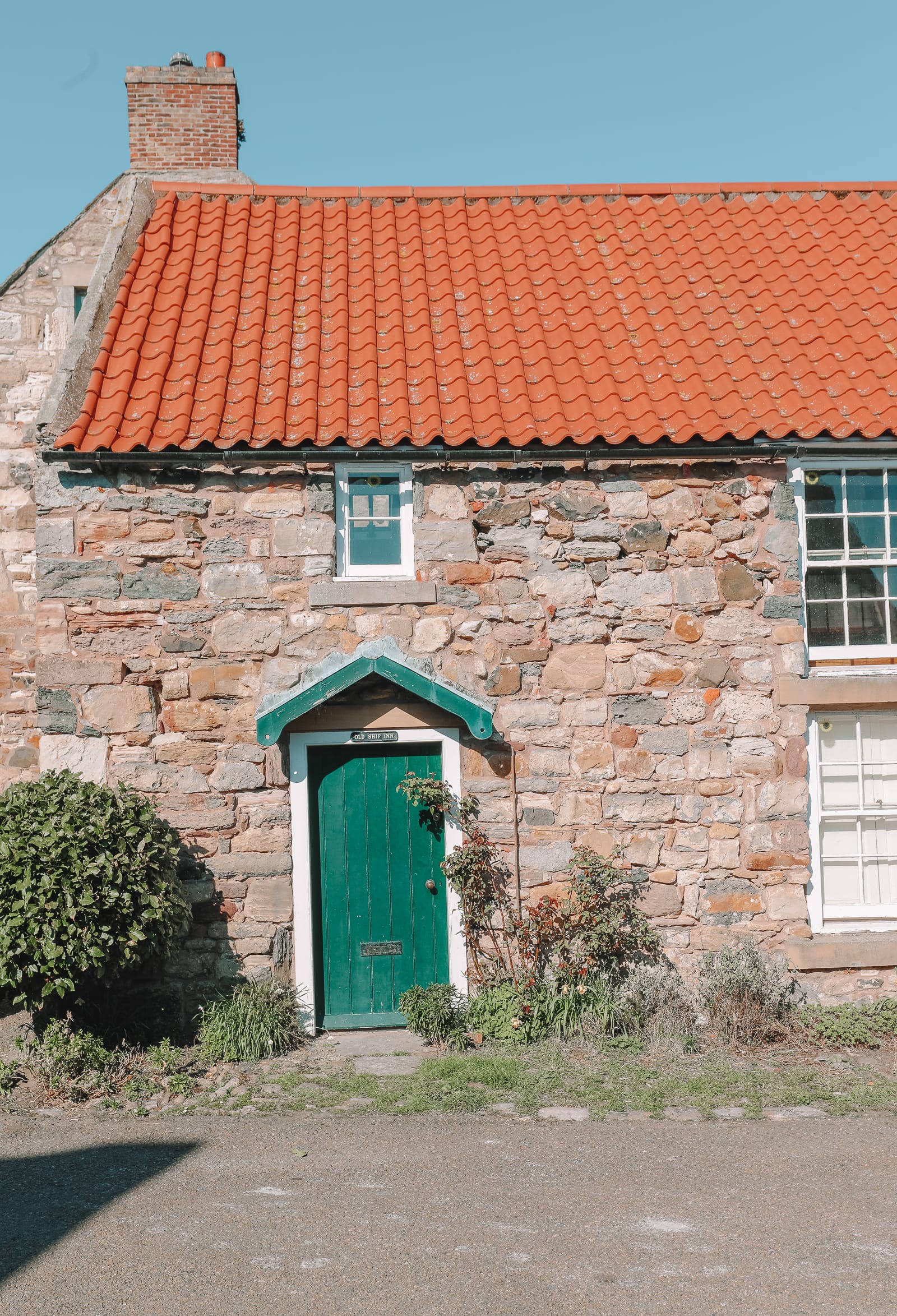 Now, when you’re visiting the Holy Island of Lindisfarne, you have to pay special attention to tides. This is something that certain visitors have learned to their peril! You see, each day, the sea cuts off the island and separates it from Great Britain itself.

This all sounds like fun and frolics until you realise you can be wept away! Typically, this happens twice daily so, if (nay – when 😉 ) you do decide to visit, make sure to check the tide times for accurate information on when it’s safe to cross.

For us, it was after 11 am, which made for a perfect excuse to spend a little extra time relaxing in the morning. With that in mind, we filled up on our usual breakfast treats at the Joiner’s Arms and made our way slowly north towards Holy Island itself. 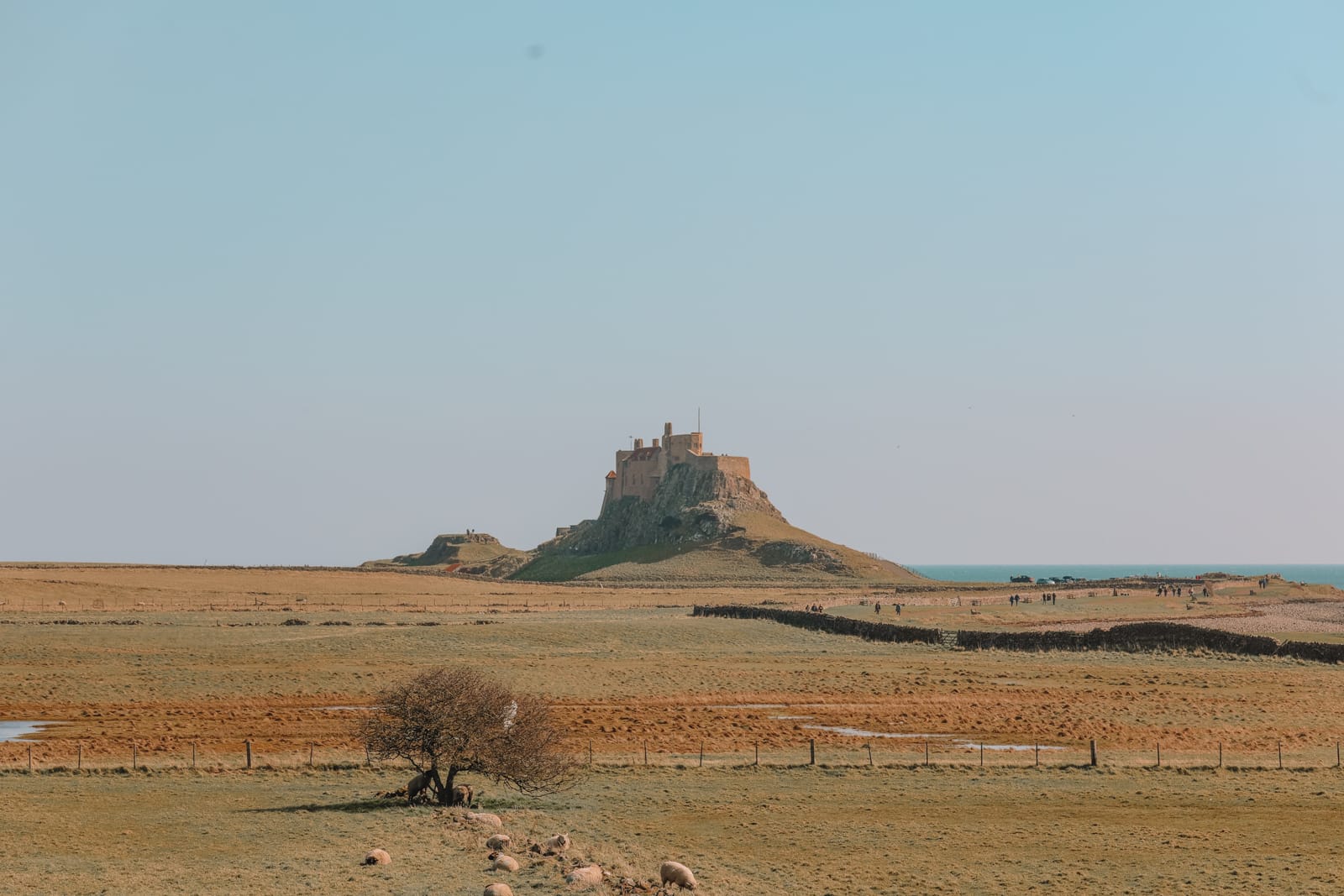 As we got closer to visiting the Holy Island of Lindisfarne, we instantly saw how dangerous this road could potentially be.

The road itself is actually built on the sand and, for the most part, looks like any regular flat road. It, however, is quickly submerged when the tide rises and at high tide, you wouldn’t even know there was a road there. Low tide and high tide here look nothing like each other.

That being said, if you plan well, there’s never a reason to worry. Tides are dangerous but, usually, this happens when people are not sure about the timings.  As we drove across the seabed and dunes, it almost felt like we’d arrived in another world.

It didn’t feel like England at all and was quite surreal. 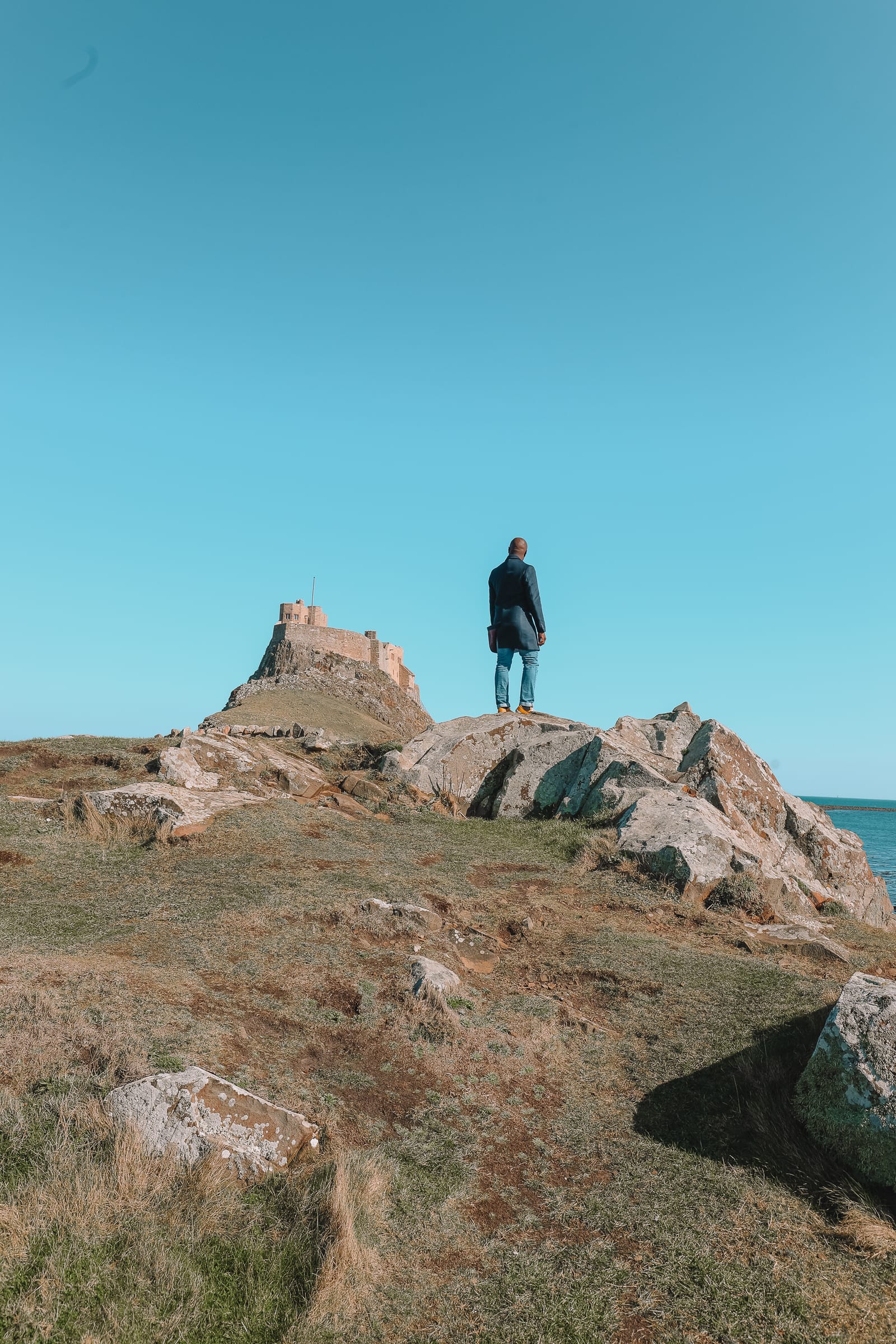 Visiting the Holy Island of Lindisfarne had always been in my mind, ever since I’d take the train to university and pass it most weekends. So, after parking up, we headed straight over to Lindisfarne Castle itself.

Strolling across towards Lindisfarne Castle, you quickly realise how imposing this whole place is. Especially as the castle is built upon an ancient volcanic tuft that juts out against the rolling hills of the area. 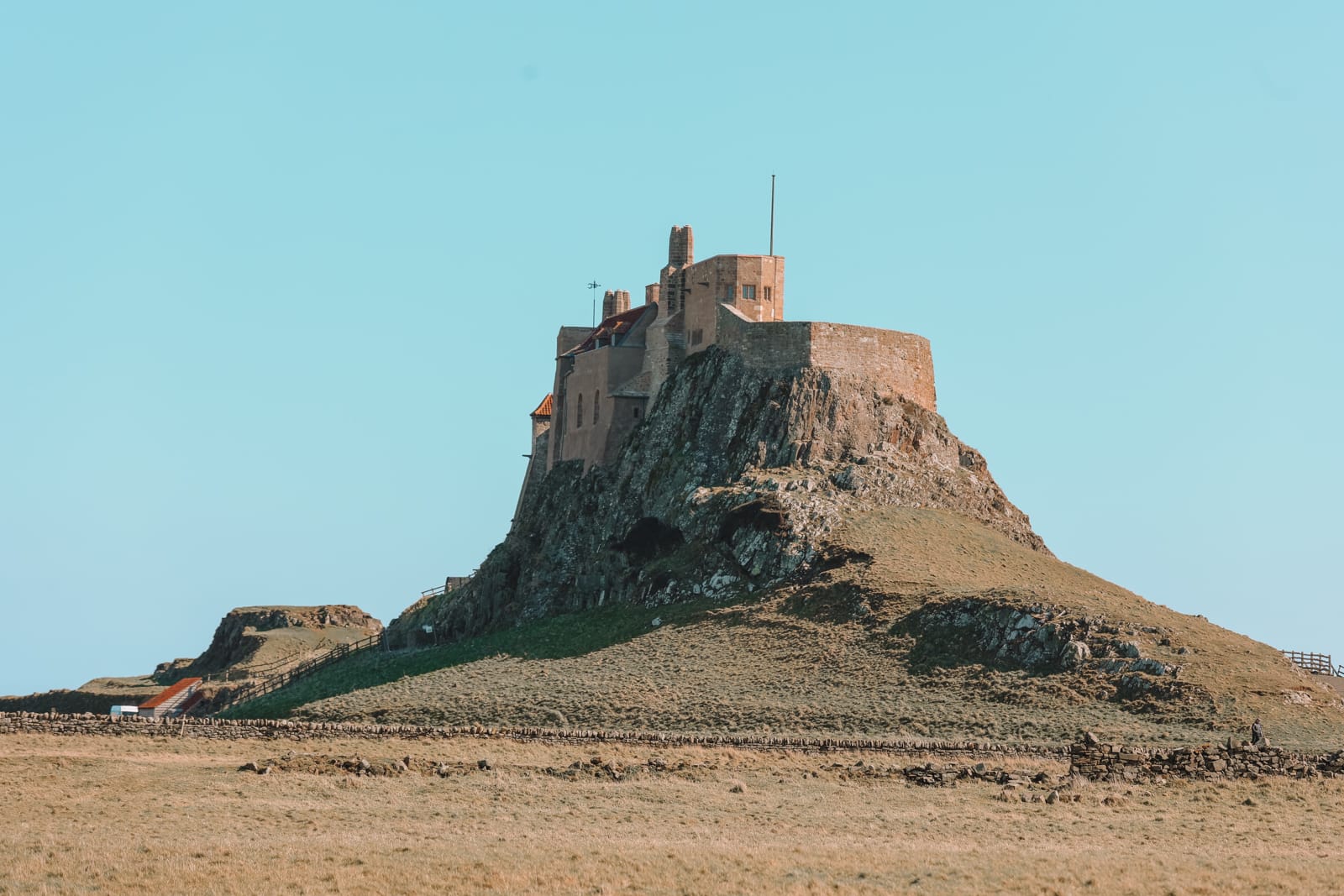 Historically, the island has a long religious heritage but also as a site of some bloody battles. Over 1,300 years ago, Christian evangelicals lived in peace on this tiny little outcrop until the Vikings headed across the North Sea.

After the bloody massacre, and to this day, it’s often considered as the ‘starting point’ of the Viking age and dominance in Northern Europe. 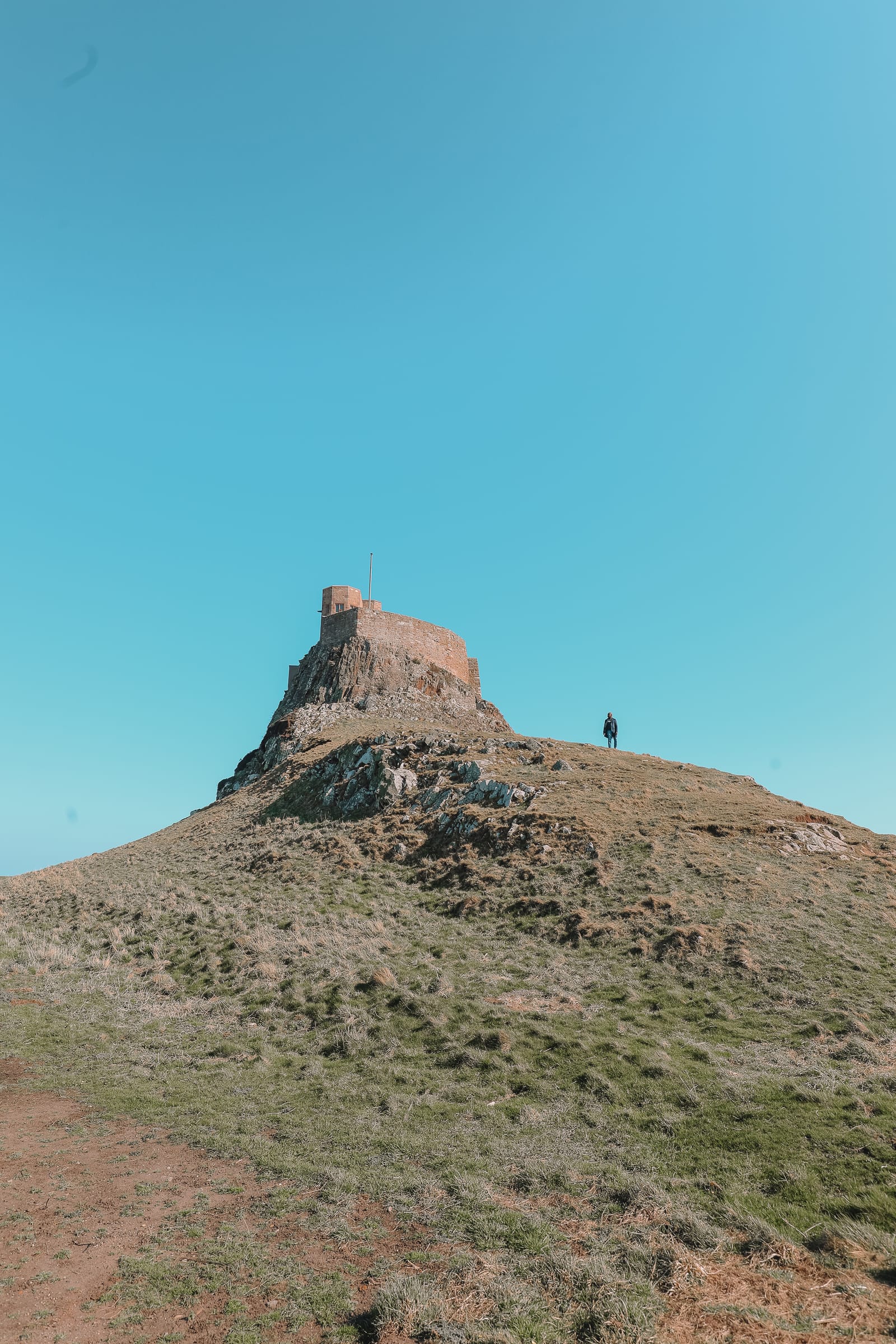 Thankfully, though, no Vikings were present today which meant we could enjoy visiting the holy island of Lindisfarne in peace. 😉 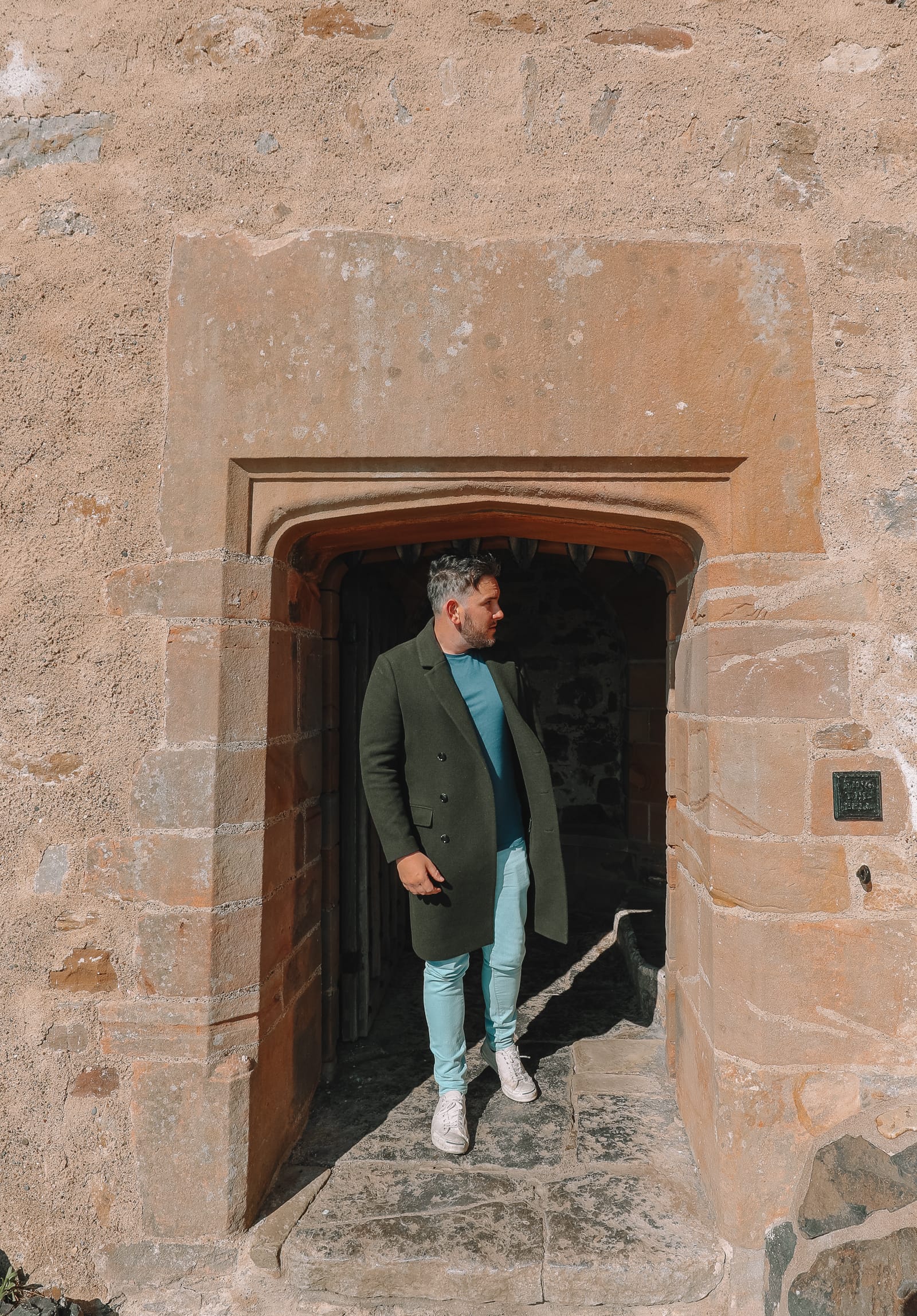 After a little wander in the castle itself, we actually found out that most of the materials used to build the castle came from the nearby Abbey (on the other end of the island).

I’d always thought the castle was the oldest part of the island but it actually turns out it’s relatively new. 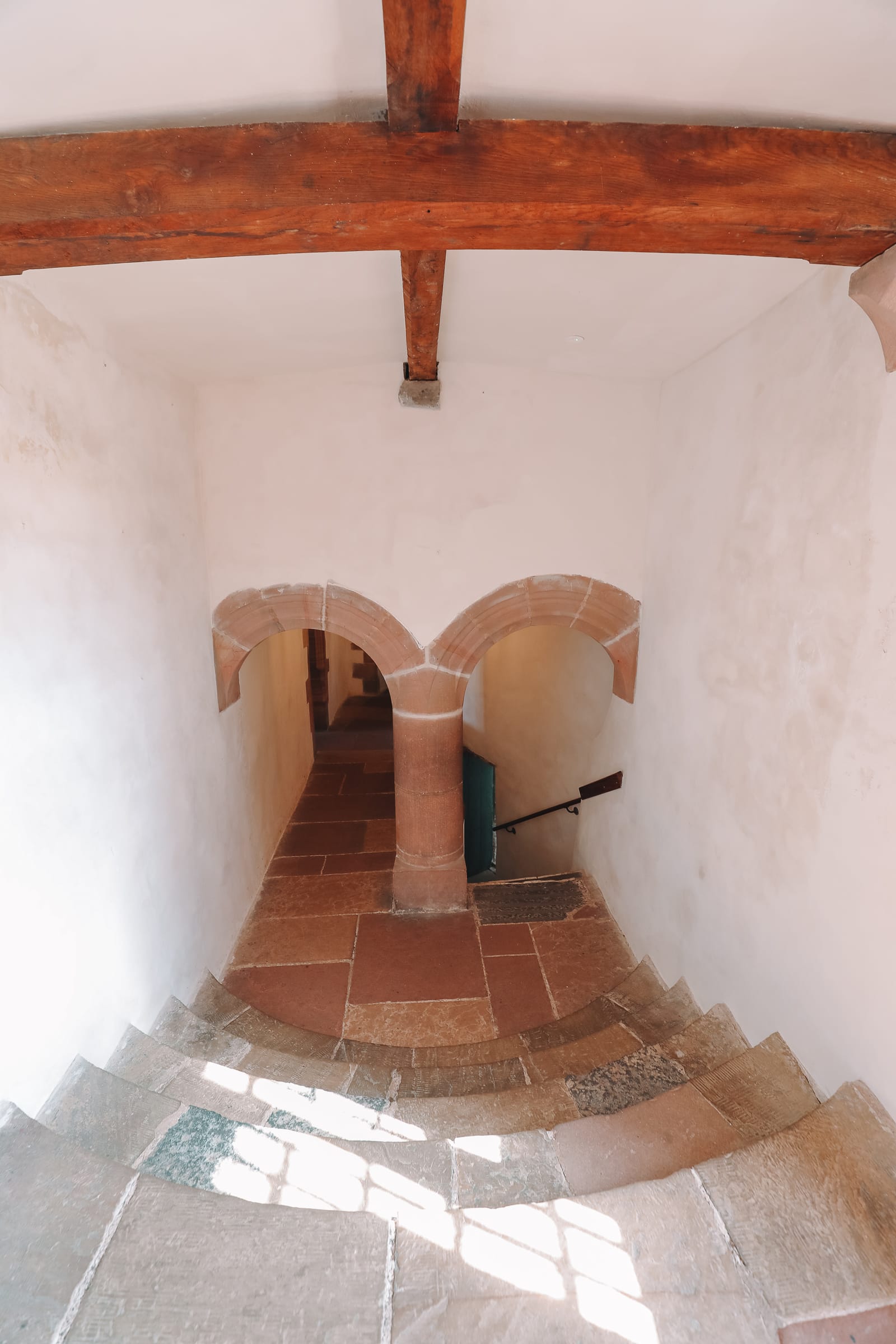 Plus, the views from the top were gorgeous. 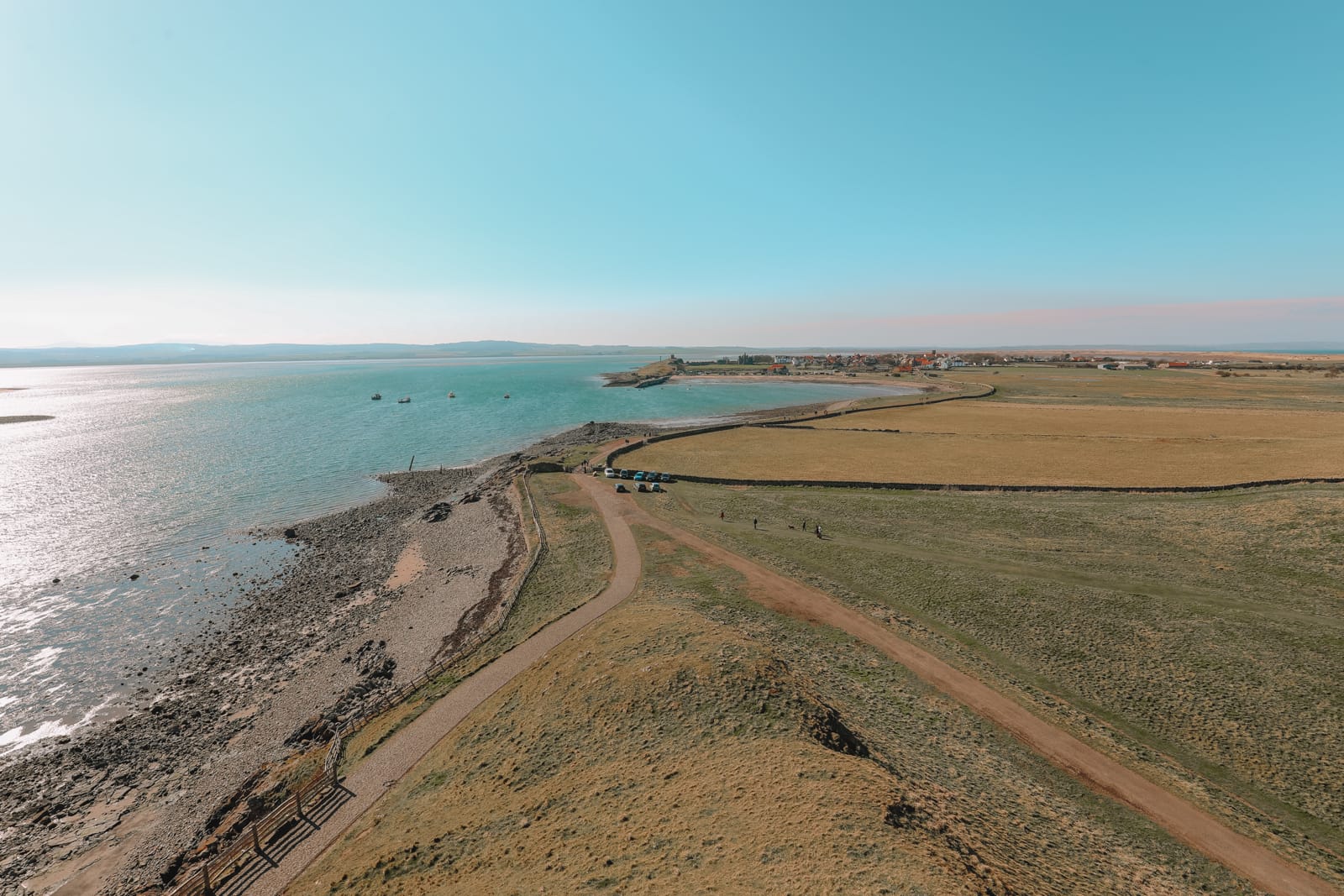 Apparently, the Lindisfarne Priory was actually one of the older sites you can still visit. So with that, we strolled across the island to the village area itself. After a little wander around, we popped straight across. 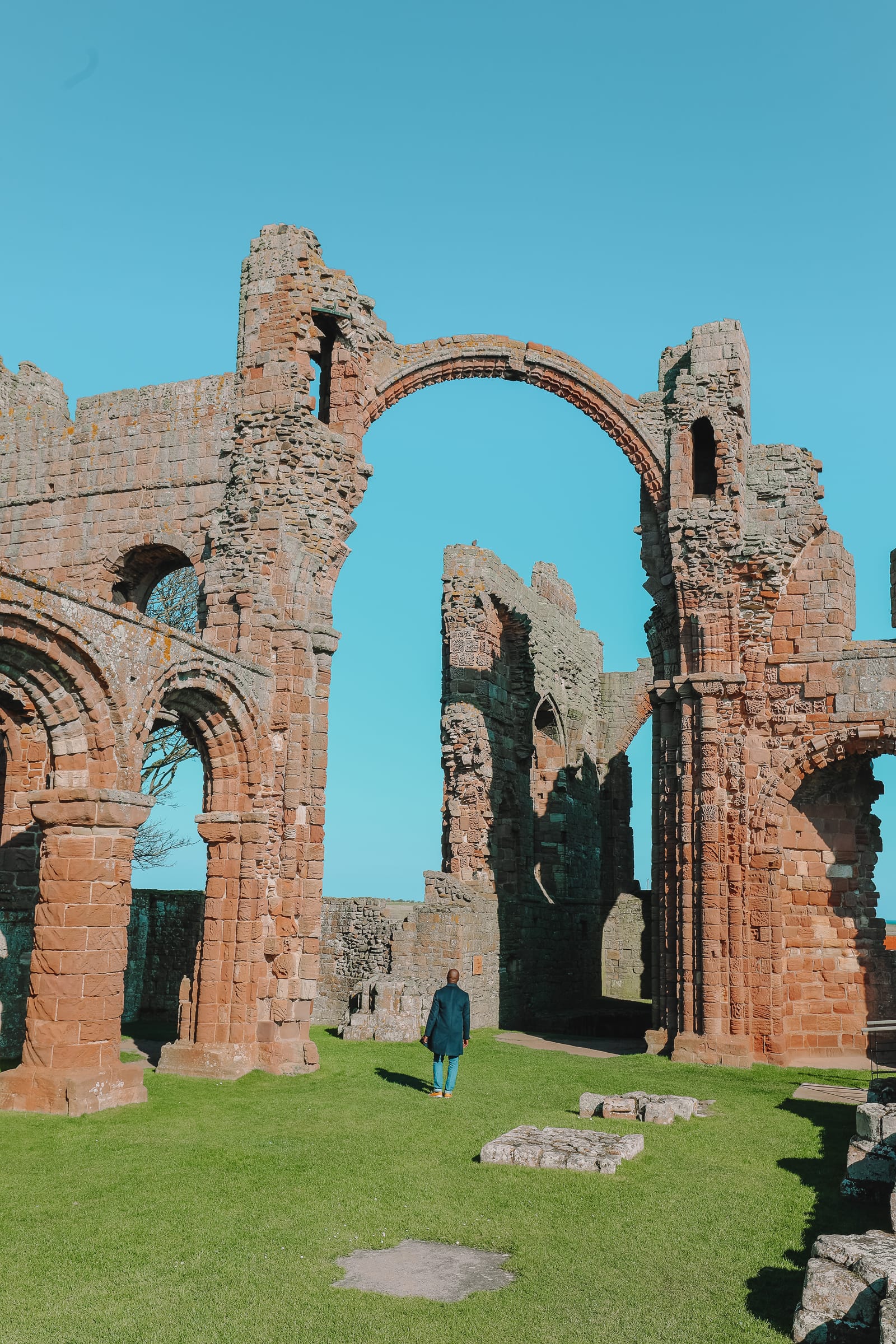 As we wandered around, I got instant flashbacks to our visit to Whitby Abbey and how beautiful these buildings must have been in their heyday. 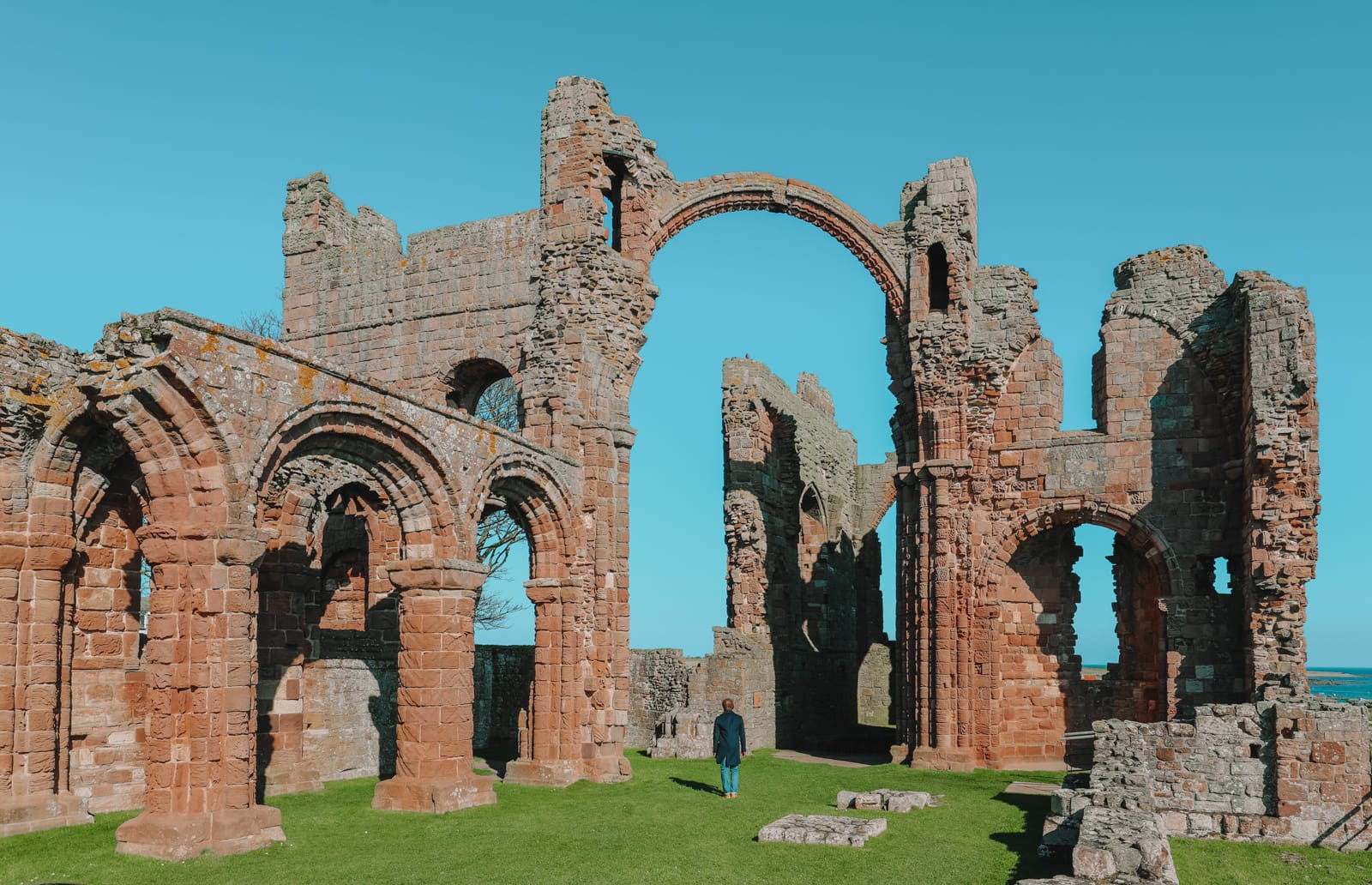 Just like the majority of other priories and monasteries, most succumbed to the will of Henry VIII when he dissolved the monasteries and stole their wealth. 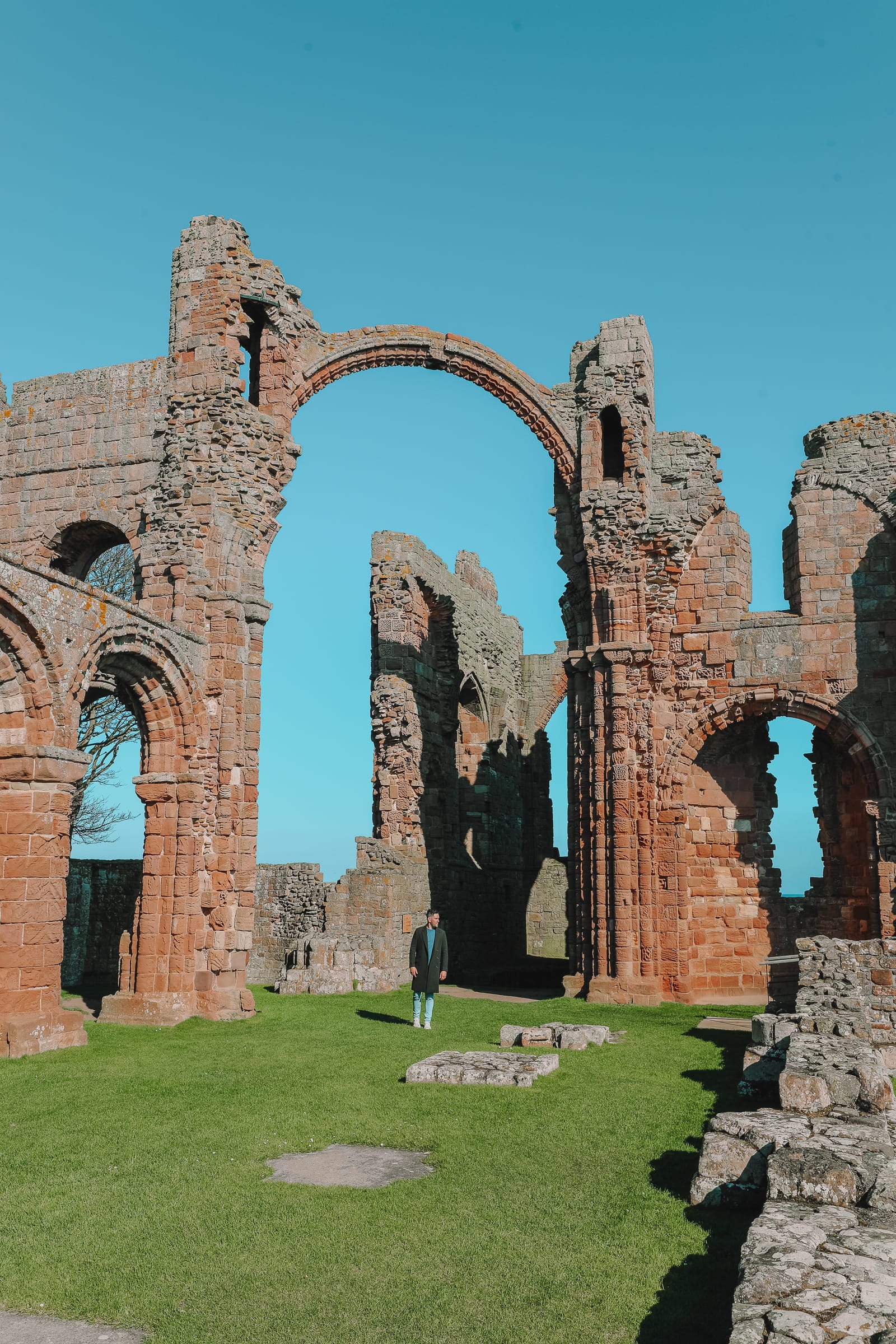 The ruins are beautiful, especially as you can still see some of the main arches and structures on the site itself.

Now, one thing that is still cherished on the Holy Island is the sweet Lindisfarne Mead. It’s a kind of fortified wine (similar in strength to Port) that is made from honey. Long ago, the monks on the island believed they had to create and drink mead to fortify their own bodies for god.

Well, nowadays those monks have all but disappeared (probably with some diabetes) but the secret recipe is still produced at one spot on the island to this day.

As soon as we heard this, we had to make a trip into St Aidan’s Winery. Yaya, in particular, loves a sweet digestive and instantly took a shine to the thought of mead. As I was driving, I gave it a miss, but Yaya had a good tipple or two!

By this point, we were having to start planning our journey back to Morpeth to catch our train to London.

Thankfully, we had a spare 20-minutes to hop over to Pilgrims Coffee House for (you guessed it) a coffee. It’s one of those places you’d probably miss without making an active effort to look for it. Especially as it’s kinda hidden behind a historic walled garden. 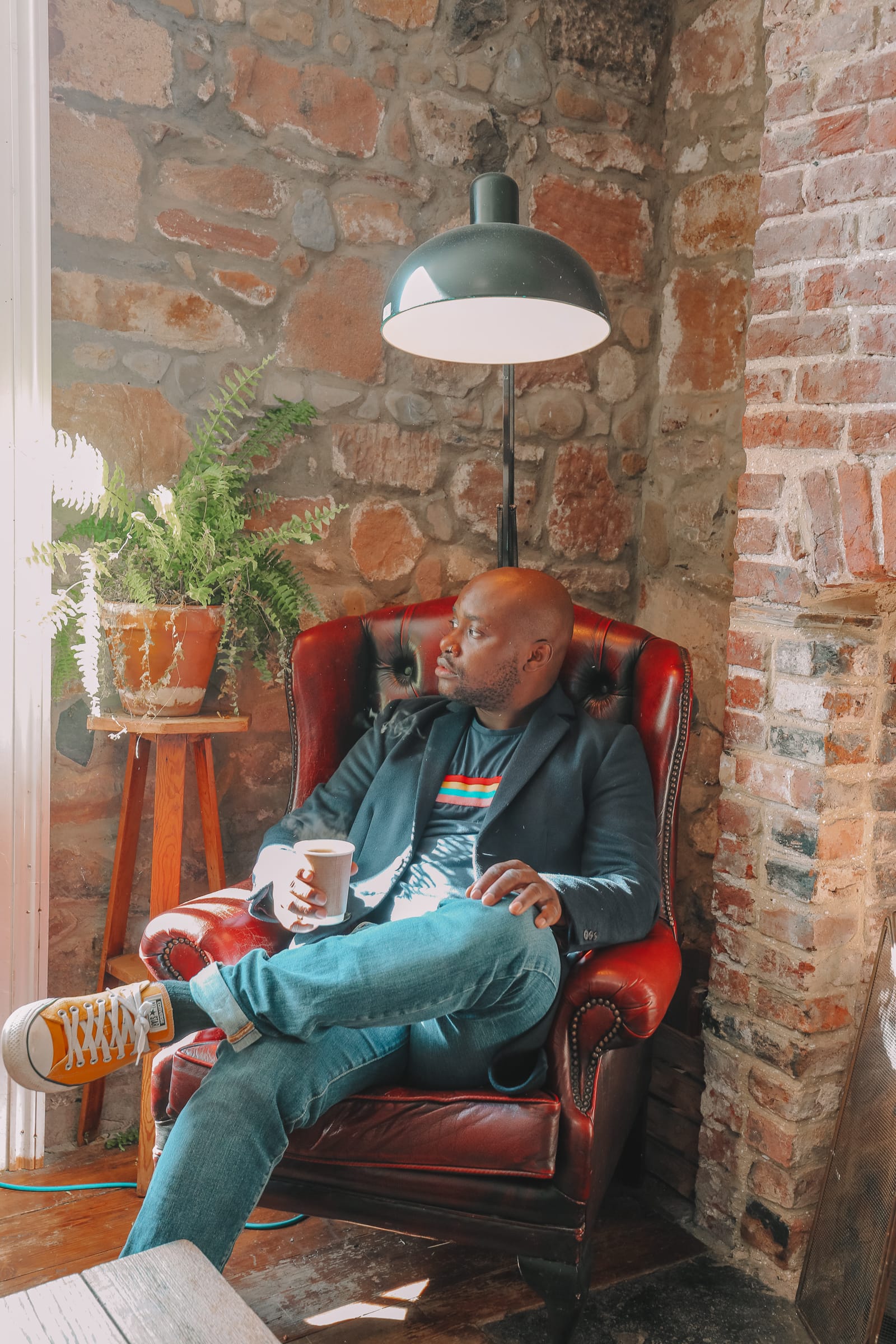 As we sat down with our coffees, we were both a bit quiet. In hindsight, I think it was because it was the ending of an amazing few days in Northumberland and visiting the Holy Island of Lindisfarne.

Either that or Yaya was still tipsy from all that mead!

The 19 Prettiest And Best Places To Visit In England

Finding The Monastery Up In The Mountains In Petra, Jordan 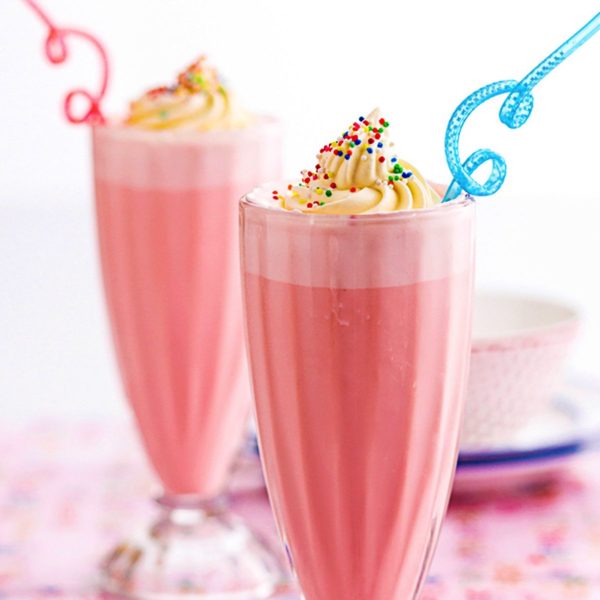 9 Of The Best Restaurants In The Hamptons 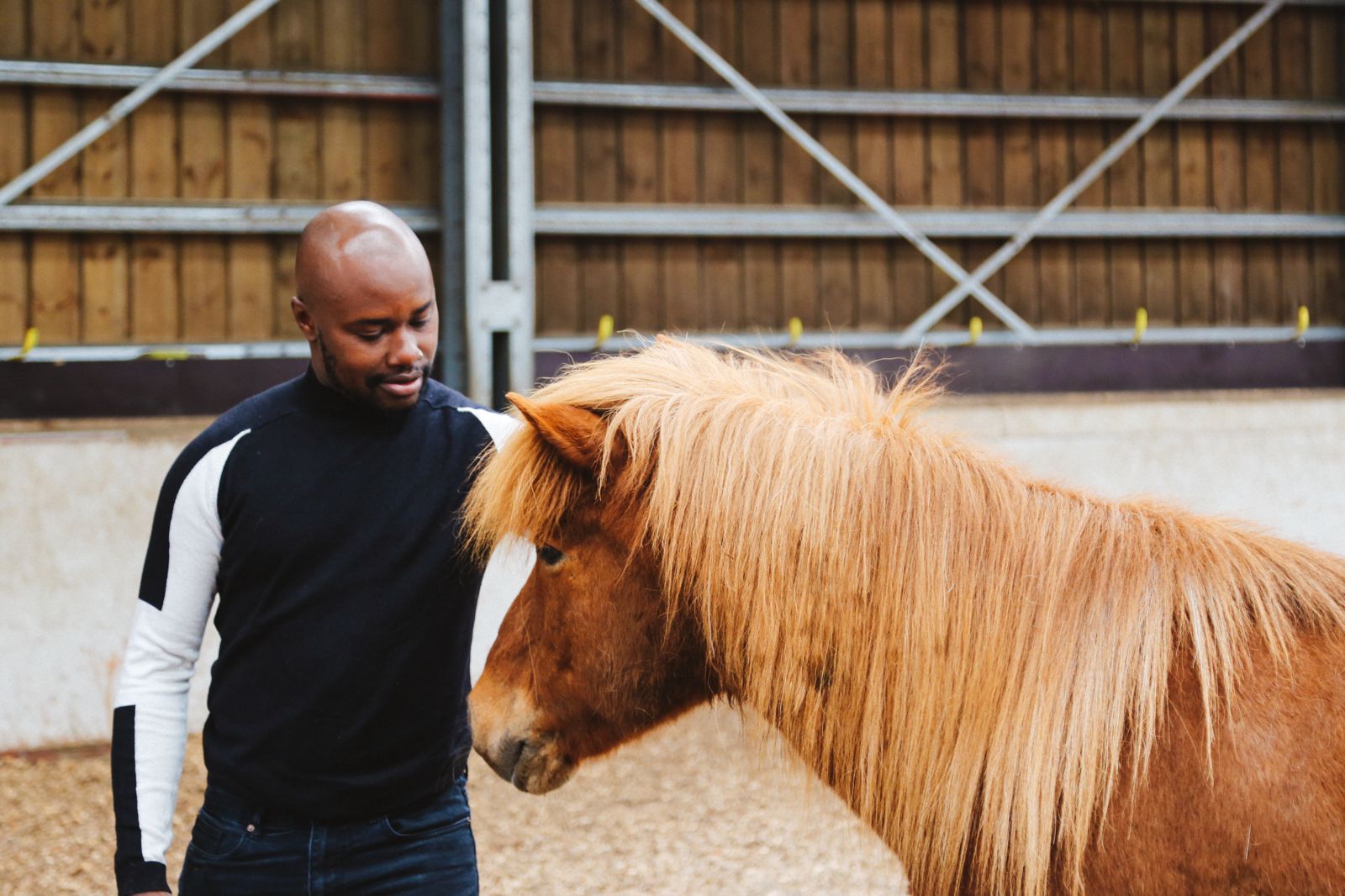 Horse Riding In The Faroe Islands 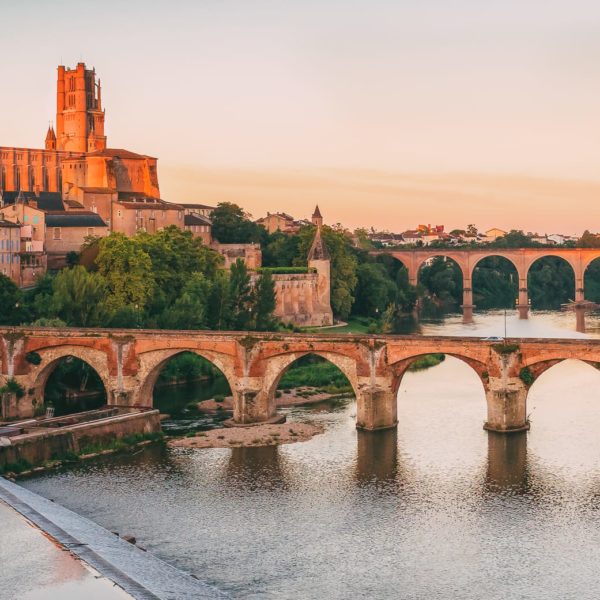 10 Amazing Places To Visit In The South Of France