On The Israel Palestine Conflict – Visiting The West Bank 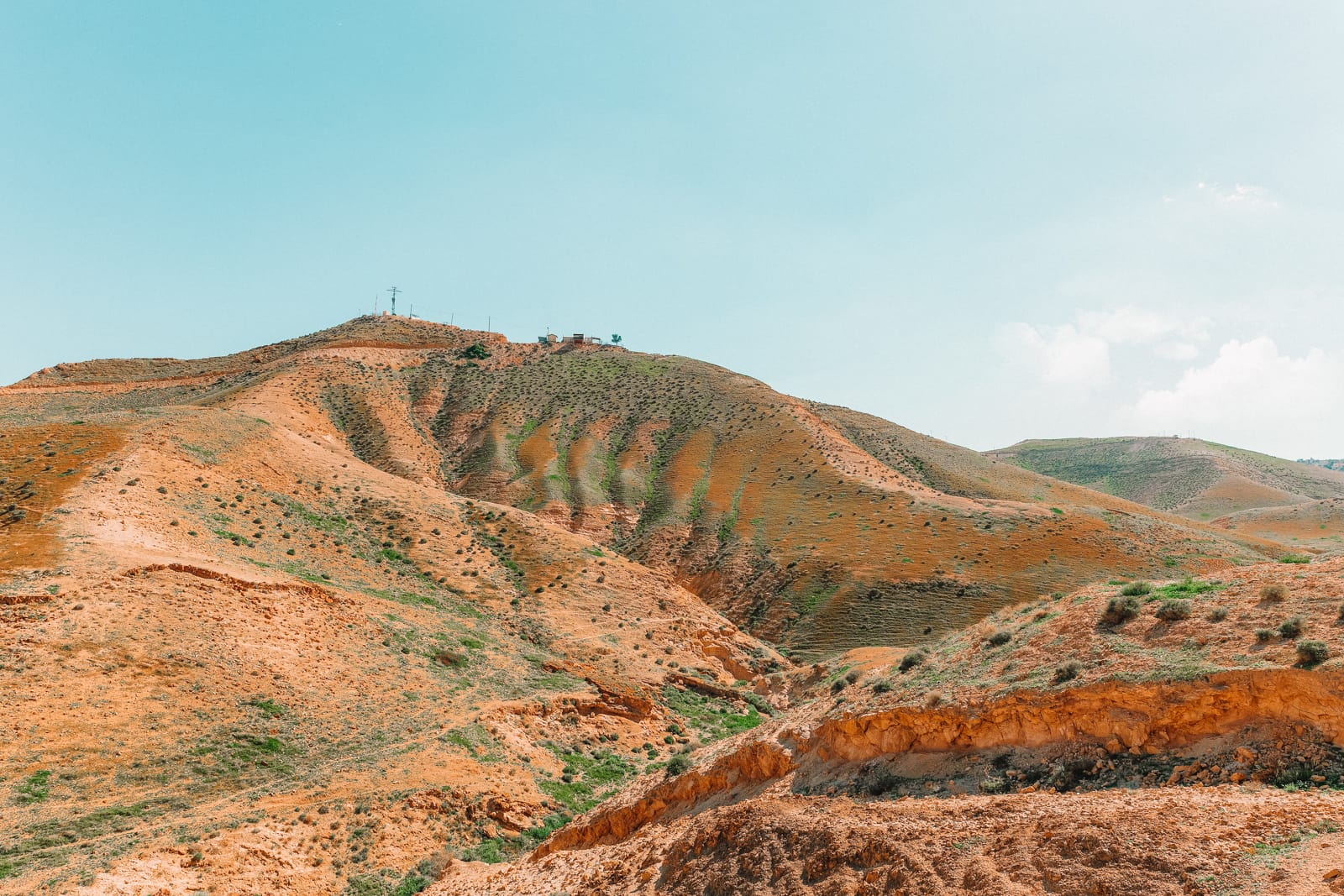 Leaving the beautiful ancient city of Jerusalem, our next stop on the trip was an area here’s a bit of a contentious issue (to put it lightly) – The West Bank.

So here’s the thing, arriving into this area, we knew there was a conflict between Israelis and Palestinians however, the true nuances behind why this was the case and the lack of resolution of this thus far was something we didn’t fully grasp. 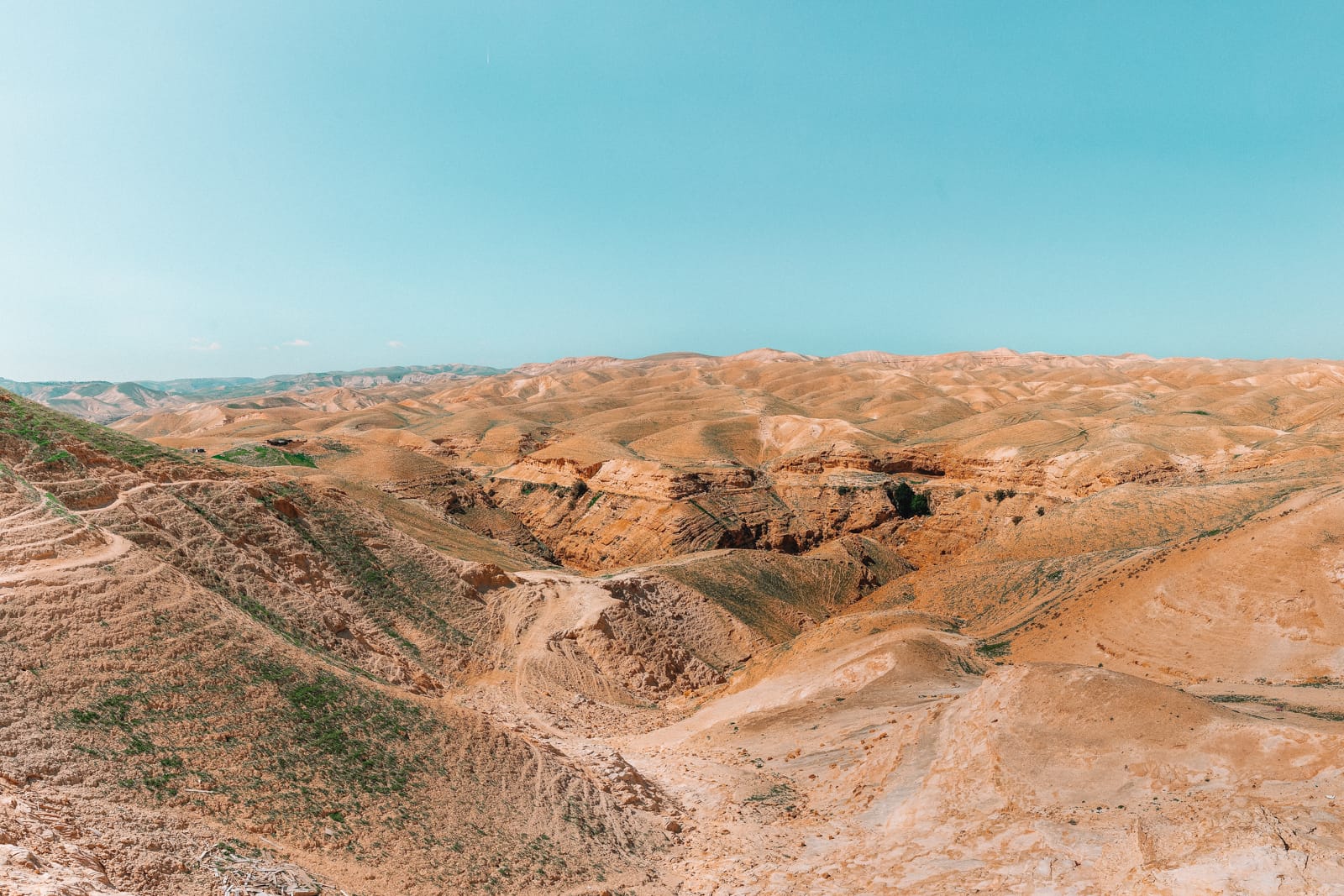 We arrived here absolutely aware of the gaps in our knowledge and determined to fill those gaps. This is in large part why we embraced an opportunity to step away from the more shiny, beautiful hot-spots and visit this area.

More importantly, than that though – we would actually get to meet with both Israeli and Palestinians living in the West Bank to get a more unfiltered understanding of it. Every single destination has different facets and getting to understand this bit was an opportunity (even if in just a small way) was something we were really than grateful to have.

We started off actually with a visit to the Way of the Patriarchs, an ancient route in the bible that was travelled by Abraham, Isaac and Jacob – checking out the centuries (perhaps even millennia) old Roman milestone used to mark the route back when the Romans used this as a major road. 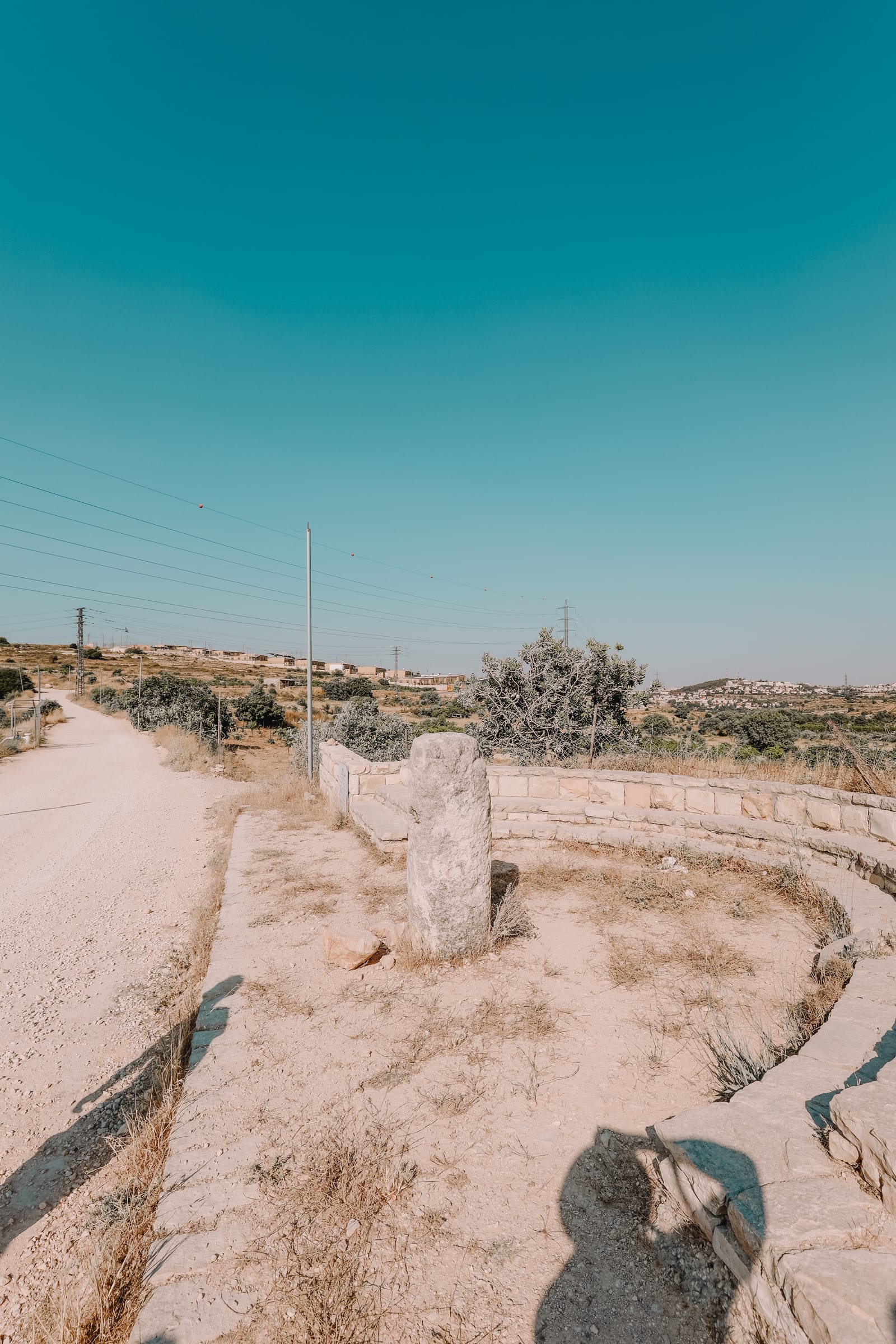 We carried on to a 2,000-year-old Mikvé (do you remember this 13th-century Mikvé we found in Montpellier, France?). A Mikvé is a Jewish bath for cleansing prior to going to temple and there were actually two of them there (I think one’s for men and the other for women). 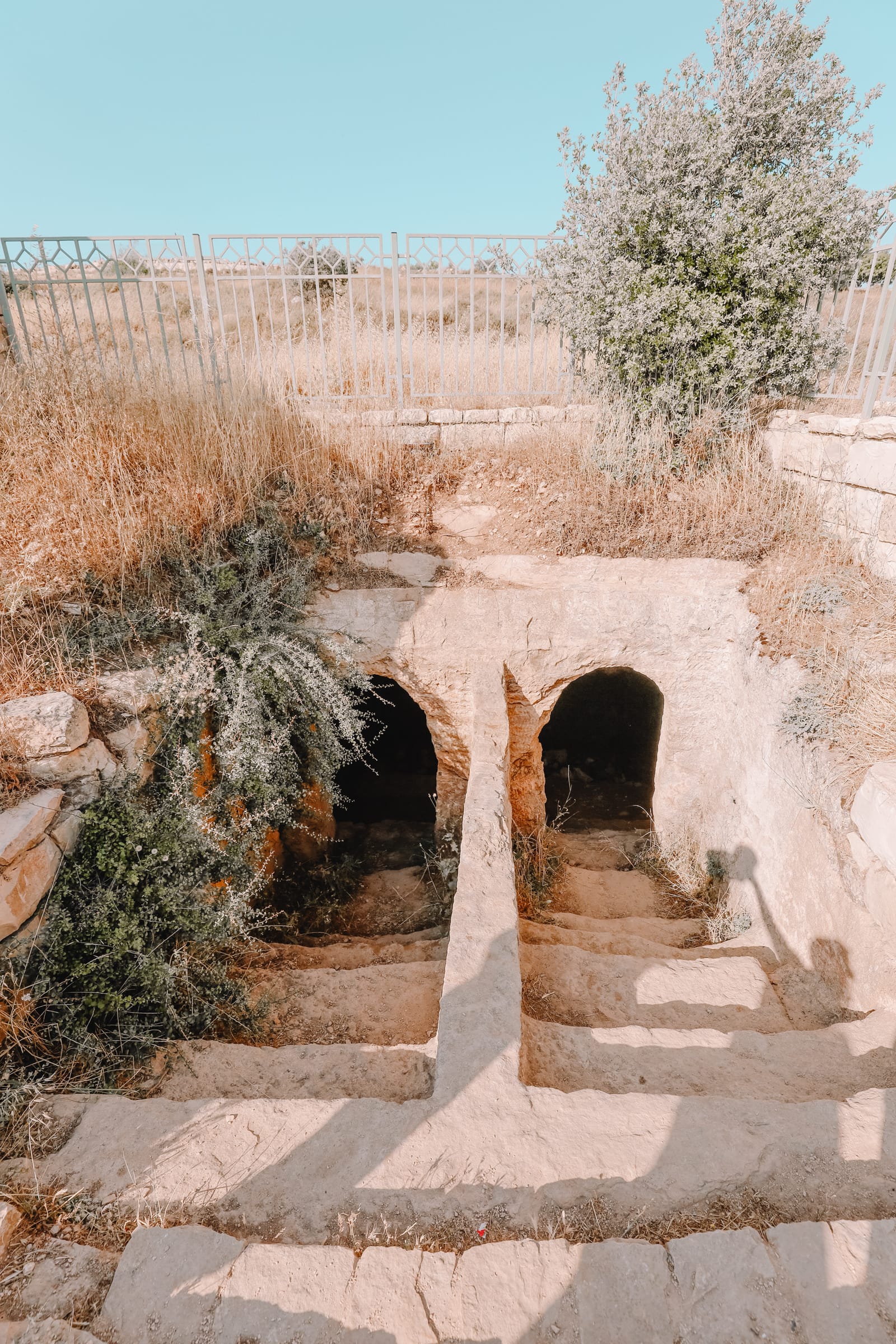 Then we got to sit down and speak to the locals living in the area – an Israeli and a Palestinian from The West Bank.

Typically, their paths would never really cross (Palestinians and Israelis living here live very separate lives) and for the most part, the relationship between both is so far from cordial but thanks to an organisation called Roots, there’s a little spark of change happening.

Roots is essentially all about opening a dialogue between both communities in an effort to help humanise ‘the other side’ and show that behind all of the conflict are actual every day human beings. It’s about mutual respect and recognition built on the idea that it is possible to have more than one truth.

But here’s the thing – Roots isn’t looking at creating a solution to the problem. Sure there’s a myriad of many ways this conflict can be resolved – a lot of which involve mutual respect for both sides but Roots isn’t trying to implement any solution here. They just want to open a dialogue between both sides.

See, each side sees the other as ‘the enemy’ and with no actual real-life encounters to actually get to know ‘the enemy’, it’s so easy for feelings of hate and anger to foster and become stronger. Tearing down these walls and these barriers mean that people get to understand that at the end of the day, we’re all the same. We care about similar things, we are motivated by predominantly similar things and the more we focus on what binds us together than what tears us apart, the more likely a conversation can begin to help ensure both parties can live in peace and harmony.

It’s a relatively small start (all great changes always start that way) but the fact that we were sat there with both parties having an open, frank and perhaps sometimes uncomfortable discussion about this was such a beacon of light.

*Ridiculously trivial point worth mentioning from our part but we decided not to take photos as some members of the group weren’t keen on being photographed (not for any major reason, more to enable them to do their work unencumbered by any distractions) so we decided not to photograph any of the parties here.

We spend a couple of hours here just asking quite frank questions about the more recent history of the conflict, the sentiments that exist between both groups, how they live their lives, how the area is divided, daily working lives and so much more – way more than I could fit into this post.

Make no mistake, it’s a hard reality here in the West Bank (in a lot of ways, it’s cut off from the rest of the country – there’s even security and almost like a wall for the major thoroughfare in separating things so this is a really tricky spot for people to call ‘home’ but ‘home’ it is to them and the people involved in Roots are doing their very best to help to, I guess, get neighbours to talk to each other.

We learnt so much that afternoon, more than we had in years of watching the news about it on the TV, and I was so grateful for the opportunity to get to understand the situation a lot more (like I felt so much more clued up leaving than I even expected) but that wasn’t all.

Next, we went to Taghyeer (which translates to “change” in English); a Palestinian grassroots national nonviolence movement founded by peace activist Ali Abu Awwad. 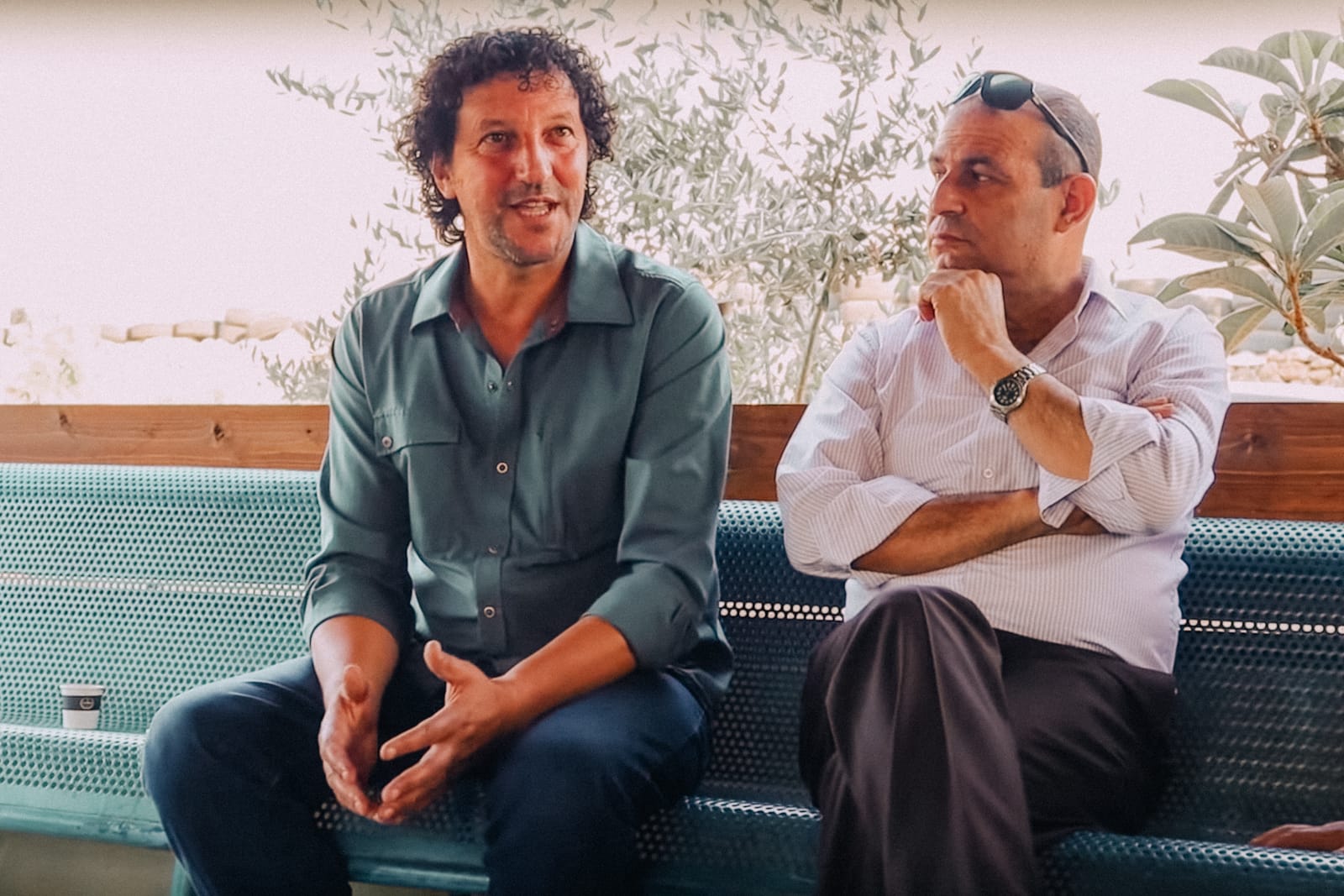 Here we got to find out more about life in Palestine and Ali’s incredible, poignant and rather moving story of how he got started with Taghyeer.

Ali told us about how his mother had always been an activist as was he and how they got arrested and jailed for this. He said about how wanted to visit his mother in her own and was refused and rather than rampage, he went on a hunger strike which eventually led to the prison backing down and allowing him to visit his mother.

He mentioned how he learnt so much from many other scholars in prison with him (he even learnt how to speak fluent English while in prison).

He mentioned how that hunger strike was one of the early signs that there were so many ways to stand for something you believe in and even to protest that didn’t involve violence.

He told us about how he lost his brother to an Israeli soldier and how incredibly awful it was for him. His first instinct in the past would have perhaps been to look for revenge but he knew it would be an empty path to follow as it would never bring his brother back. He did know however was that things had to change. Someone had to break the cycle of violence and he was ready to do this.

With that, he set up Taghyeer to help drive (and foster) positive change in the community and indeed with relationships between Palestine and Israel.

Taghyeer is all about mutual respect, having a dialogue and most importantly, showing what you want in a nonviolent way. There’s work that’s being done at the community level with activities based on the needs of the community, women’s empowerment, education and youth leadership programs… to mention but a few.

They also work on initiatives to open a dialogue with Israel and foster a positive relationship in the hopes of bridging the gap and building peace between both sides.

The work they do is so inspiring and it’s amazing to see people both in Taghyeer and Roots who chose to not be defined by what’s going on around them but instead choose to re-write the story and hopefully change the course of history for the next generation is just incredible.

Before we left Taghyeer though, Ali invited us to stay for dinner – which we promptly obliged (didn’t even realise how hungry we were until just then). For dinner, we had Makloubeh, a spiced rice, chicken and vegetable dish which is served upside down. 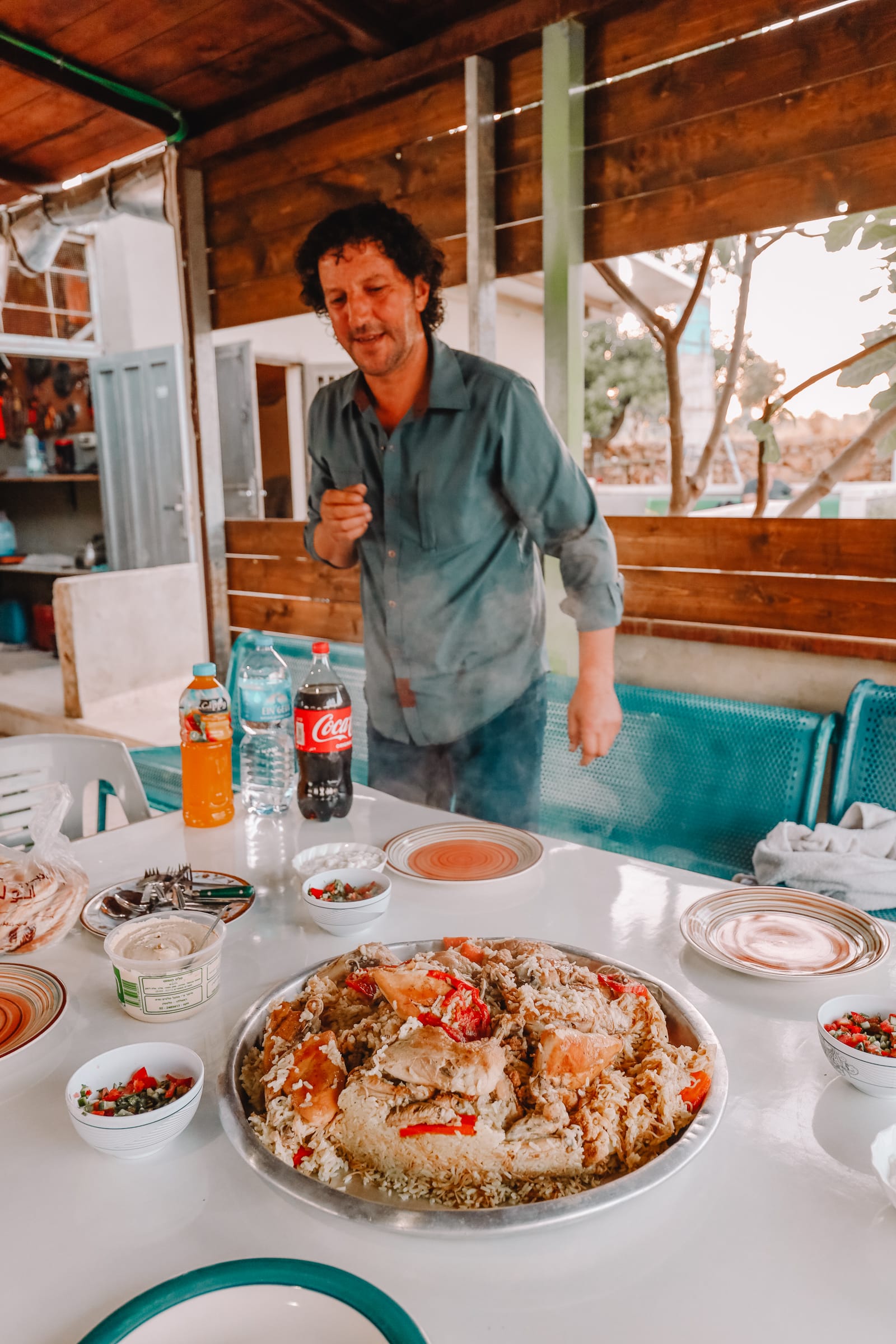 It was absolutely delicious and went down a treat with fresh salads, warm bread, hummus and other dips.

And with that, we left the West Bank, and headed back to Jerusalem, grateful for the opportunity to meet all the locals in the West Bank we had today.

For more information on both organisations, I’ve left their official website details below:

Journey To The Dead Sea And The Ancient Fortress Of Masada 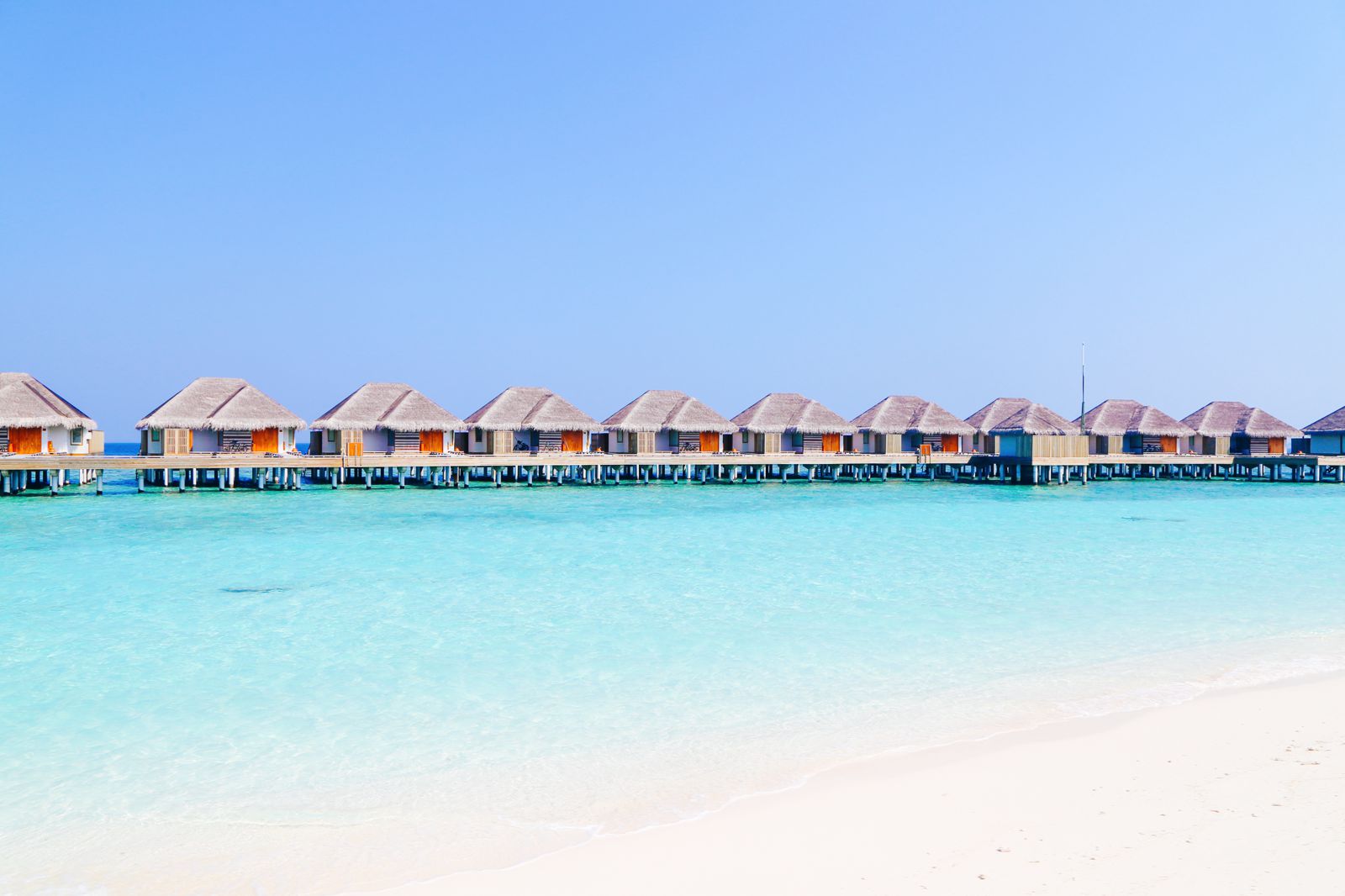 Tropical Island Life… In The Maldives 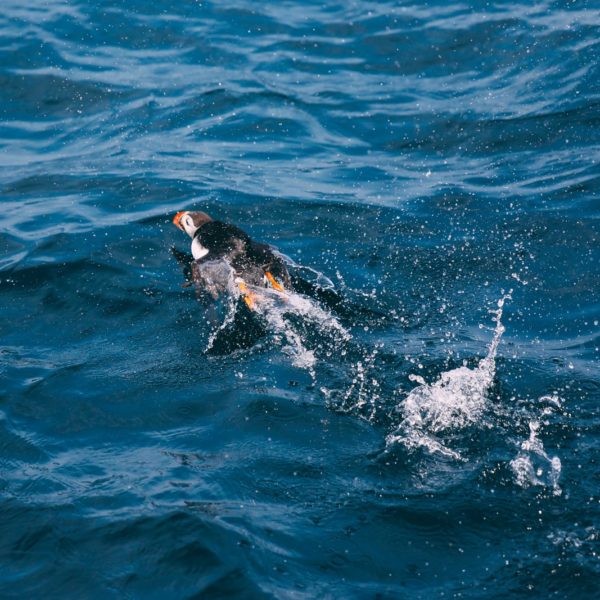 Searching For Puffins In Newfoundland And Labrador, Canada 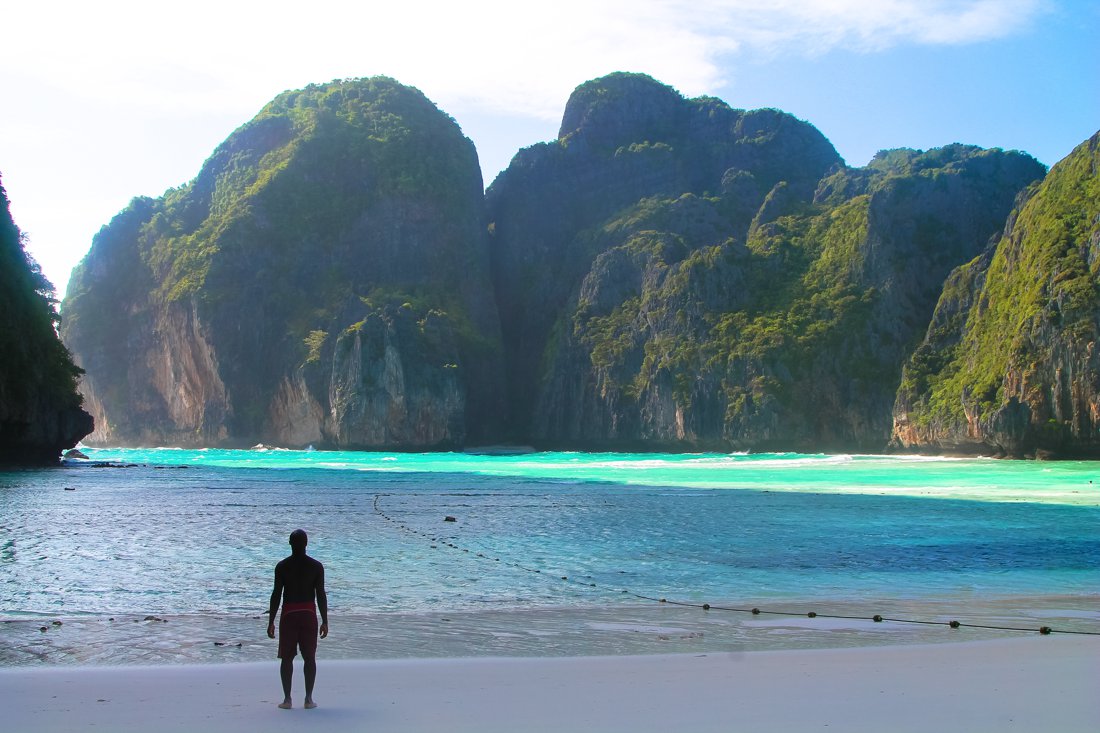 10 Things To Do When Visiting Maya Bay In The Phi Phi Islands, Thailand