Arrival In Bali + The Campuhan Ridge Walk In Ubud 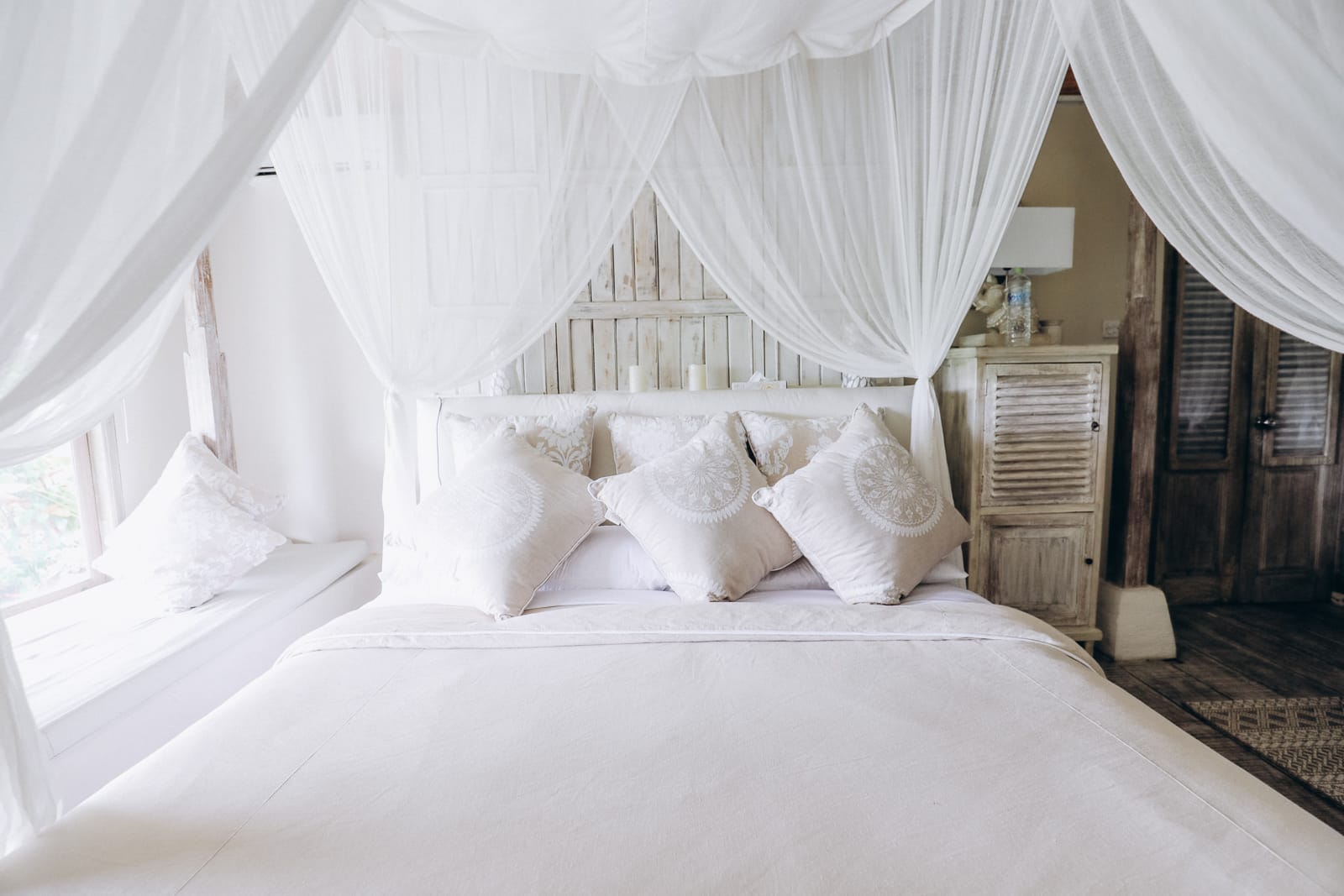 After a rather long journey from London, we arrived in Bali late at night. By the time we actually then left the airport and arrived in our villa in Ubud, it was well past midnight!

You’d think that would mean going straight to be once we arrived but instead, armed with beers we’d picked up on the way over (we’d gotten our driver to stop at a shop on the way to Ubud), we spend the next few hours splashing around in our infinity pool overlooking the jungle.

Before I got on, I just realised I’d better provide some context. The “We” I’m referring to is myself, Lloyd and our friends, Georgia and Chris (you’ll get to see more of them in these posts from Bali).

Oh and in Bali, we’d decided to do a proper friends holiday – we rented a villa on Airbnb (which we’d agonized about choosing as we wanted to be close to where the fun was but the best villas – and indeed, the best prices, were the villas in the middle of nowhere).

Anyway, that night – I didn’t take any photos, there was just no point. The following morning however, I did so, let me show you around the place we would be calling home in Bali for the next 10 days.

Oh, one of the best parts about the villa is that we had it staffed so we had a driver pretty much the entire time, cooks, cleaners – the lot! Essentially if anything had to be done, there was someone there to do it. 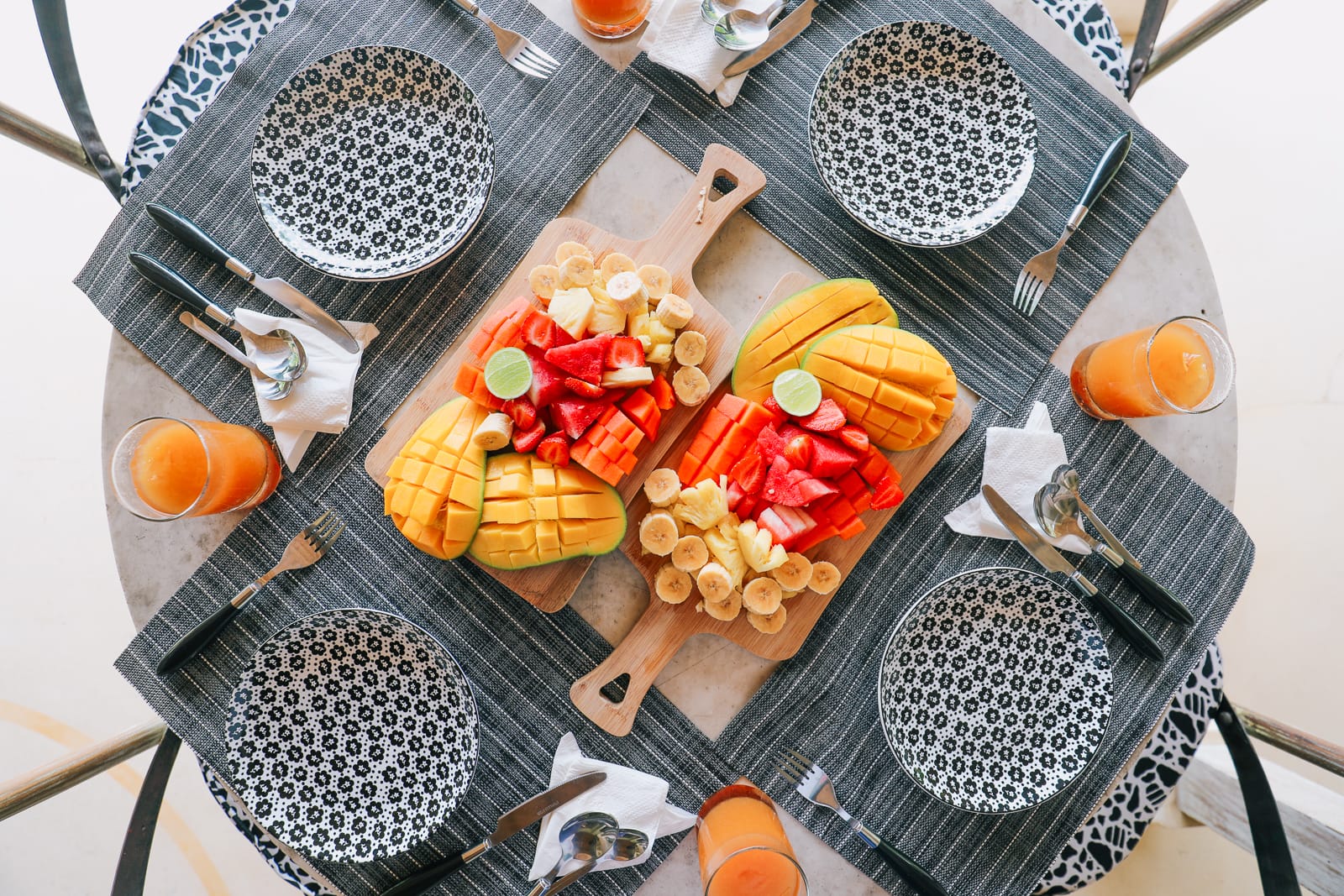 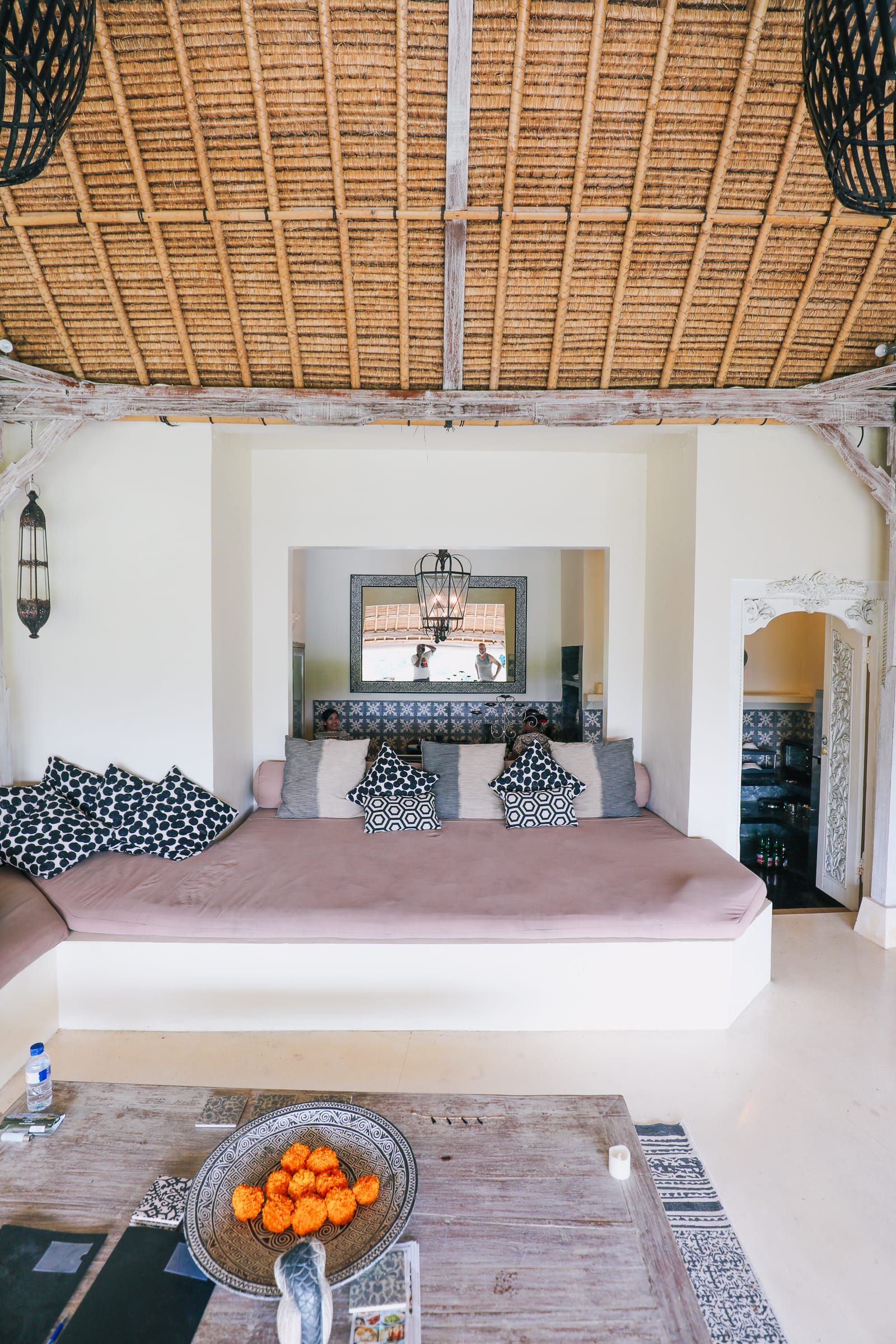 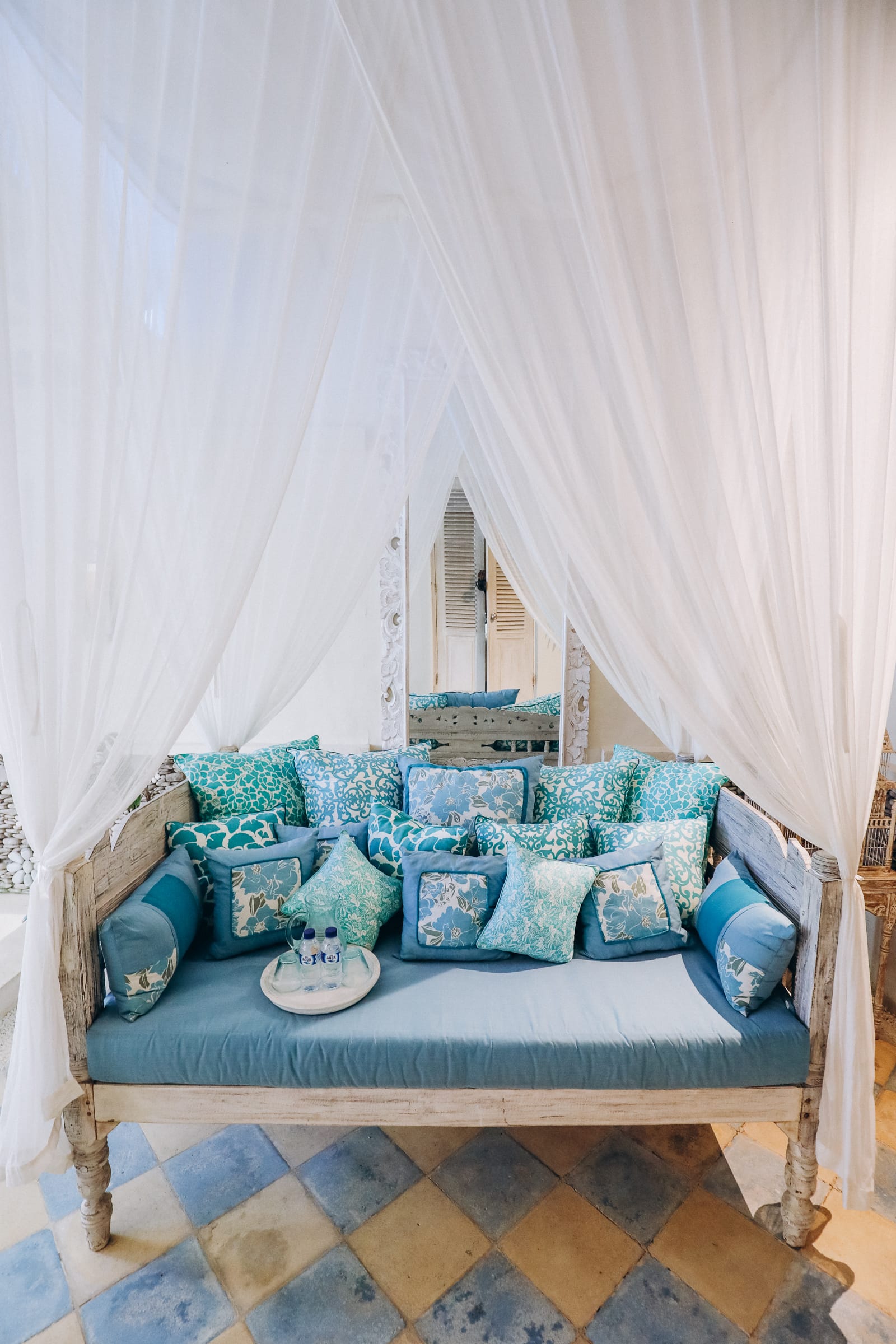 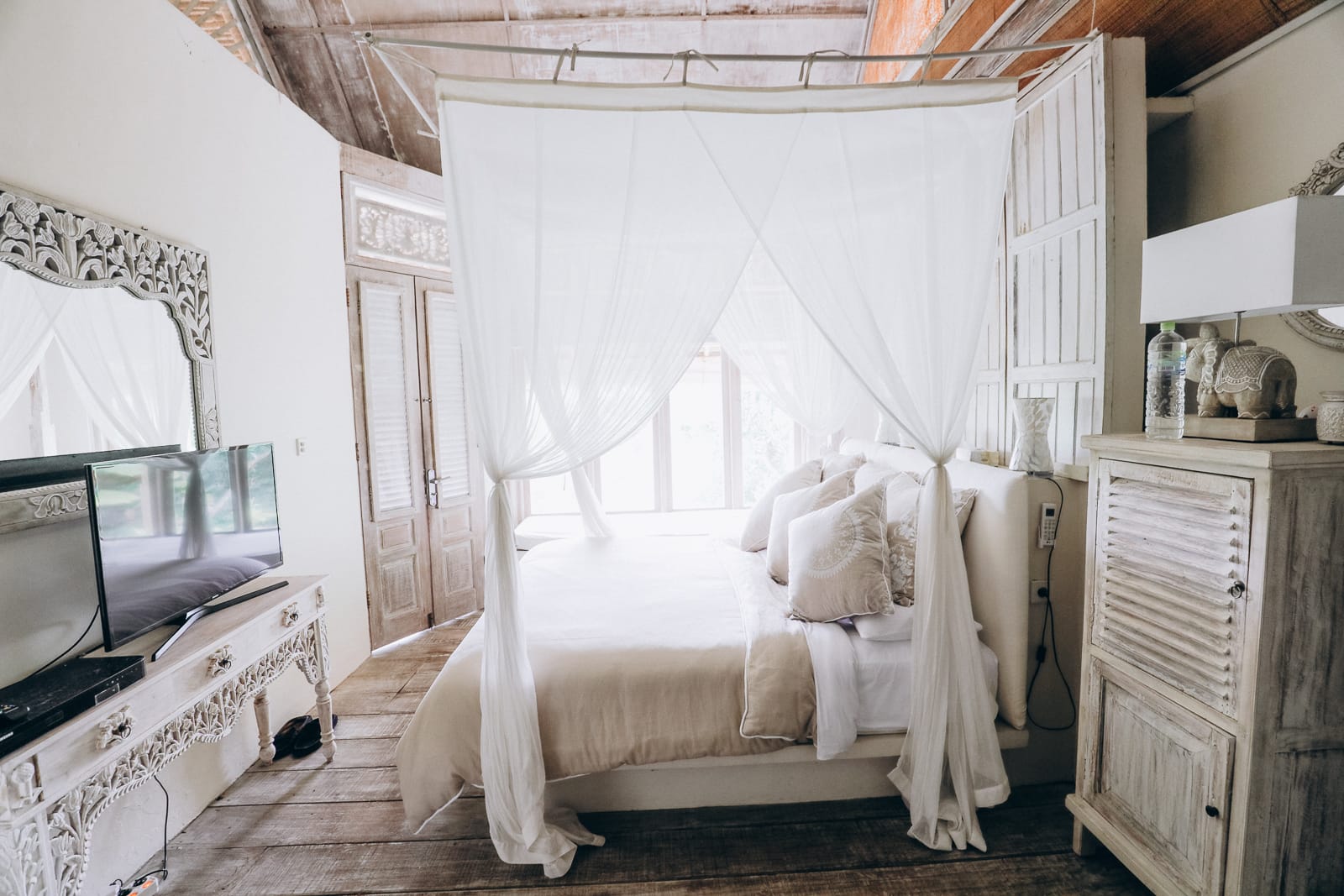 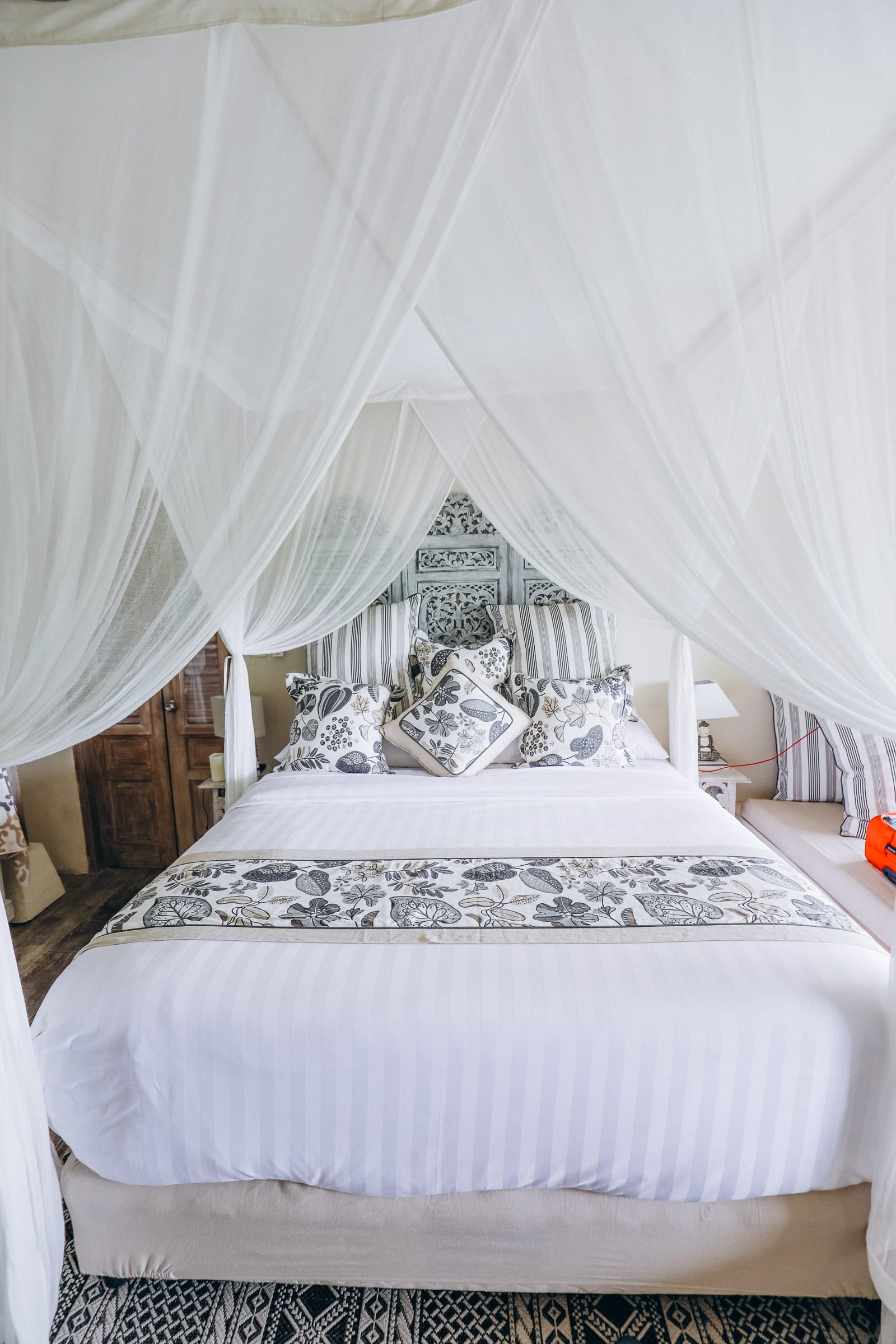 Before we arrived, we all joked about how we planned on going overboard with the pampering and would have massages every day! (Predominantly because its so cheap in Bali!)

What started as a joke soon became an actual plan once we found a couple of spots just a few minutes walk from the villa. (*One day I even had two massages – each 90 minutes long, I did kinda hurt the next day though but that’s because the second massage involved someone climbing on you!) 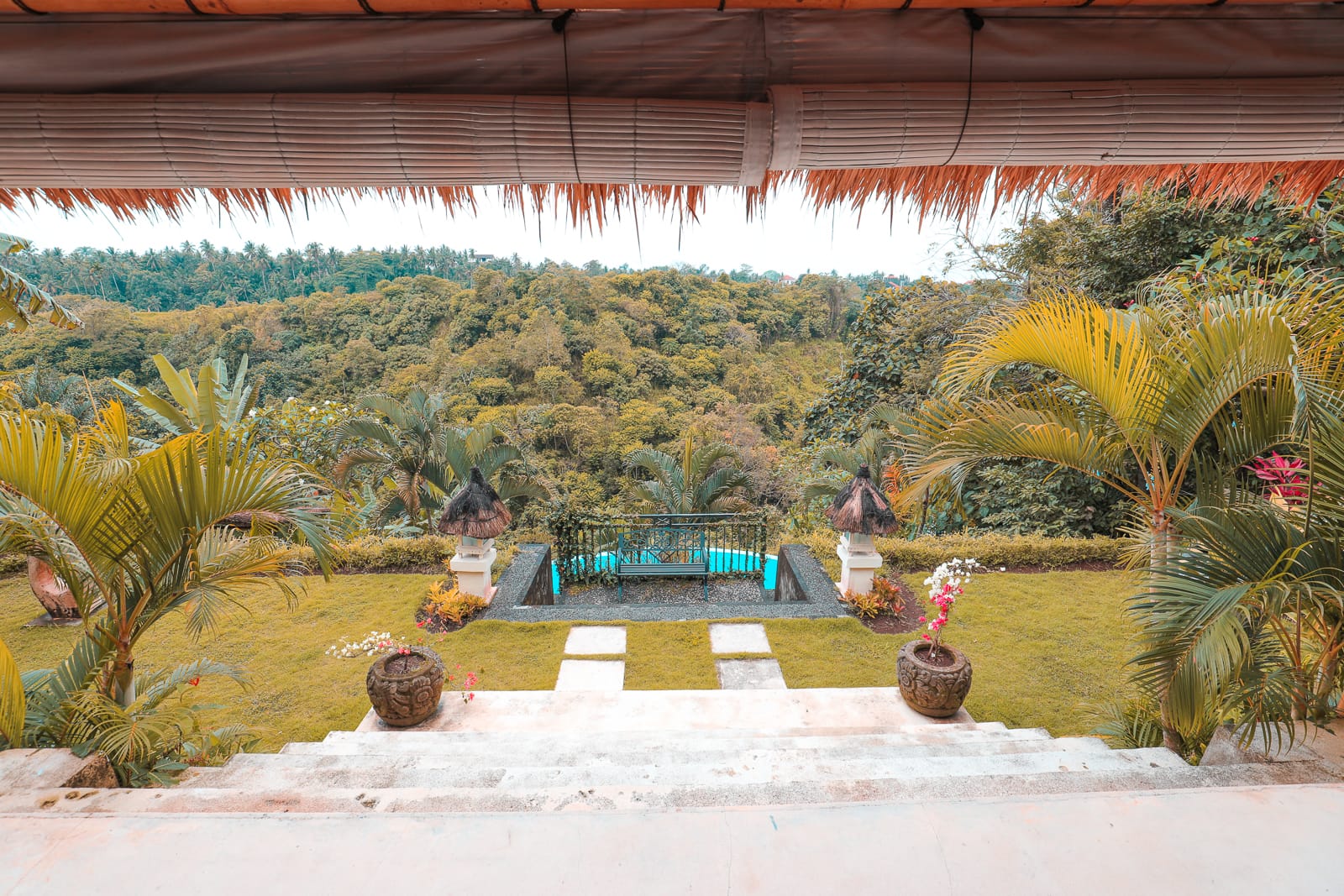 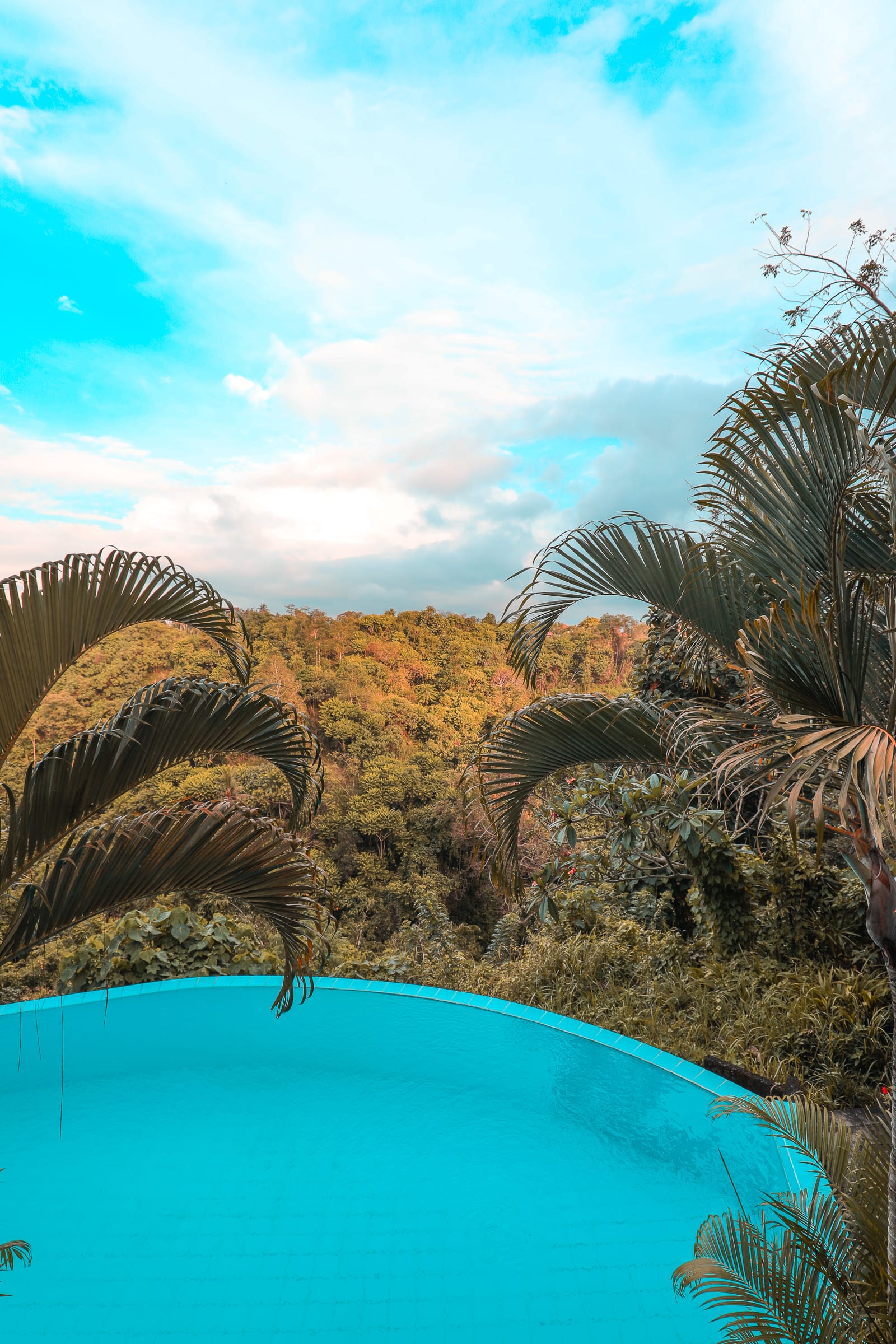 Fed, rested and totally blissed out on massages, we eventually make a move to leave the house to explore Ubud (our villa was in Ubud but thankfully, not smack in the centre, it was like a 10 minute walk from the Royal Palace which meant that you got the best of both world – serene and quiet when you were in but access to all the restaurants, temples, store, bars and everything else Ubud had to offer.

We swung by Pura Gunung Lebah, a jungle temple, on the way to the Campuhan Ridge Walk. 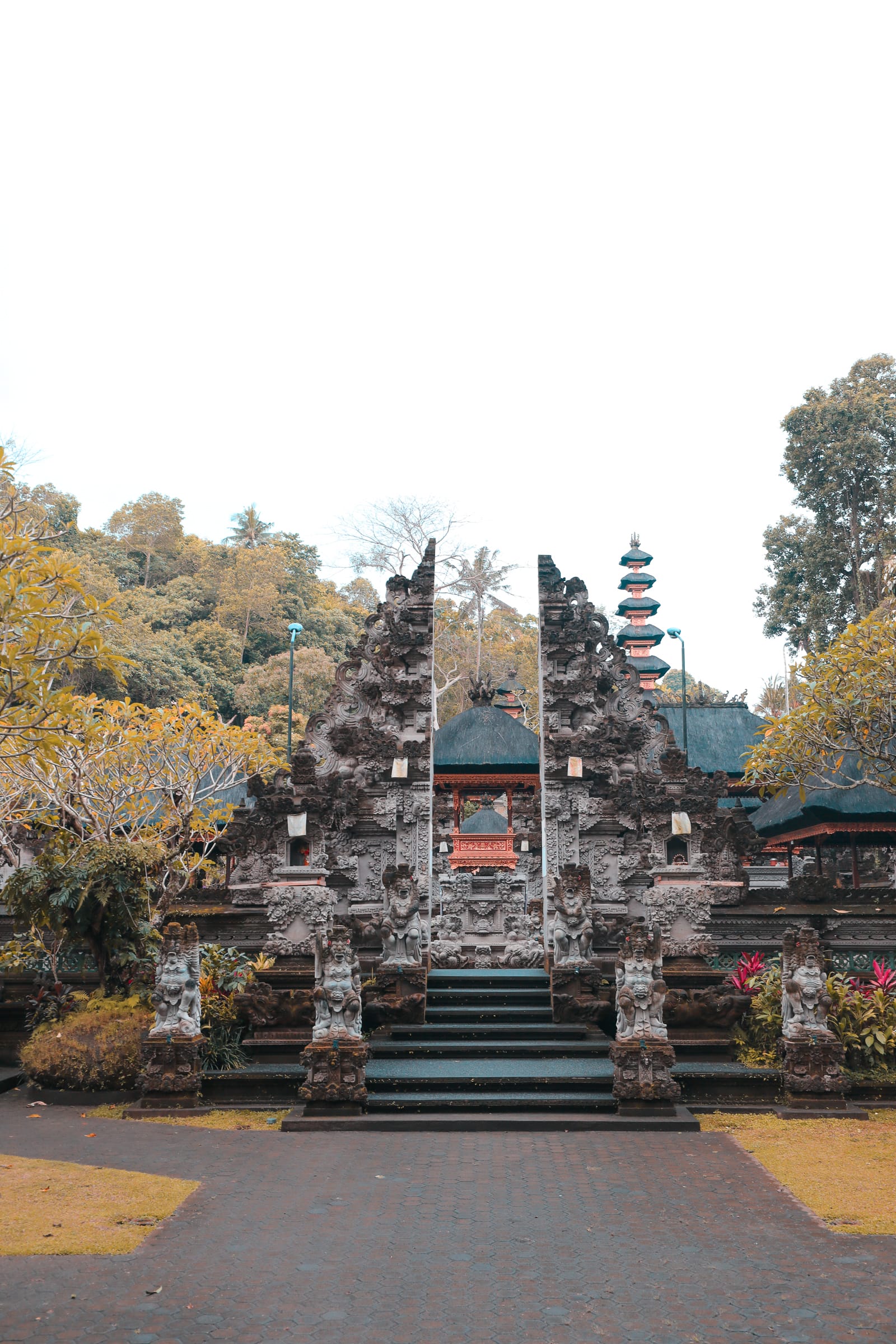 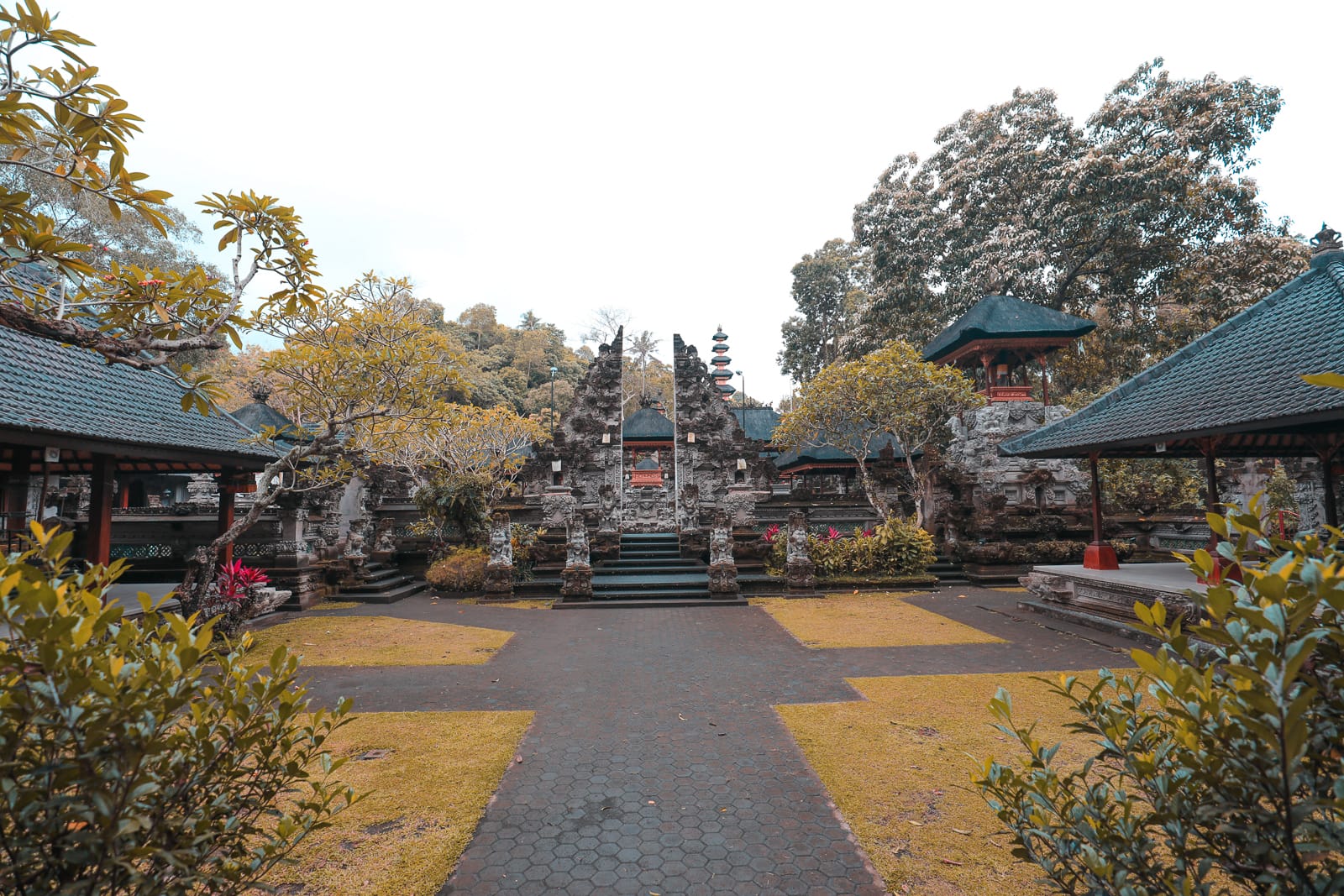 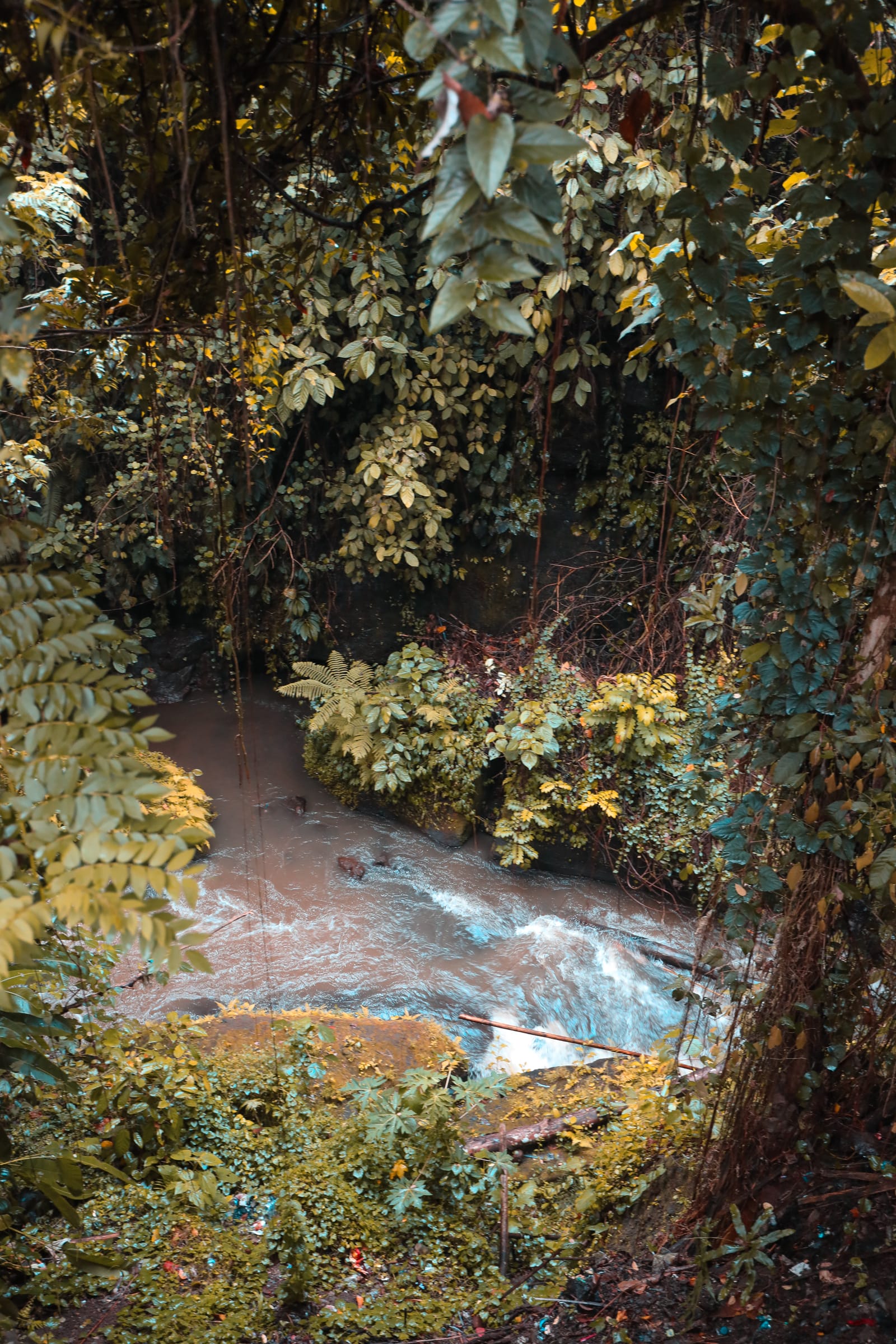 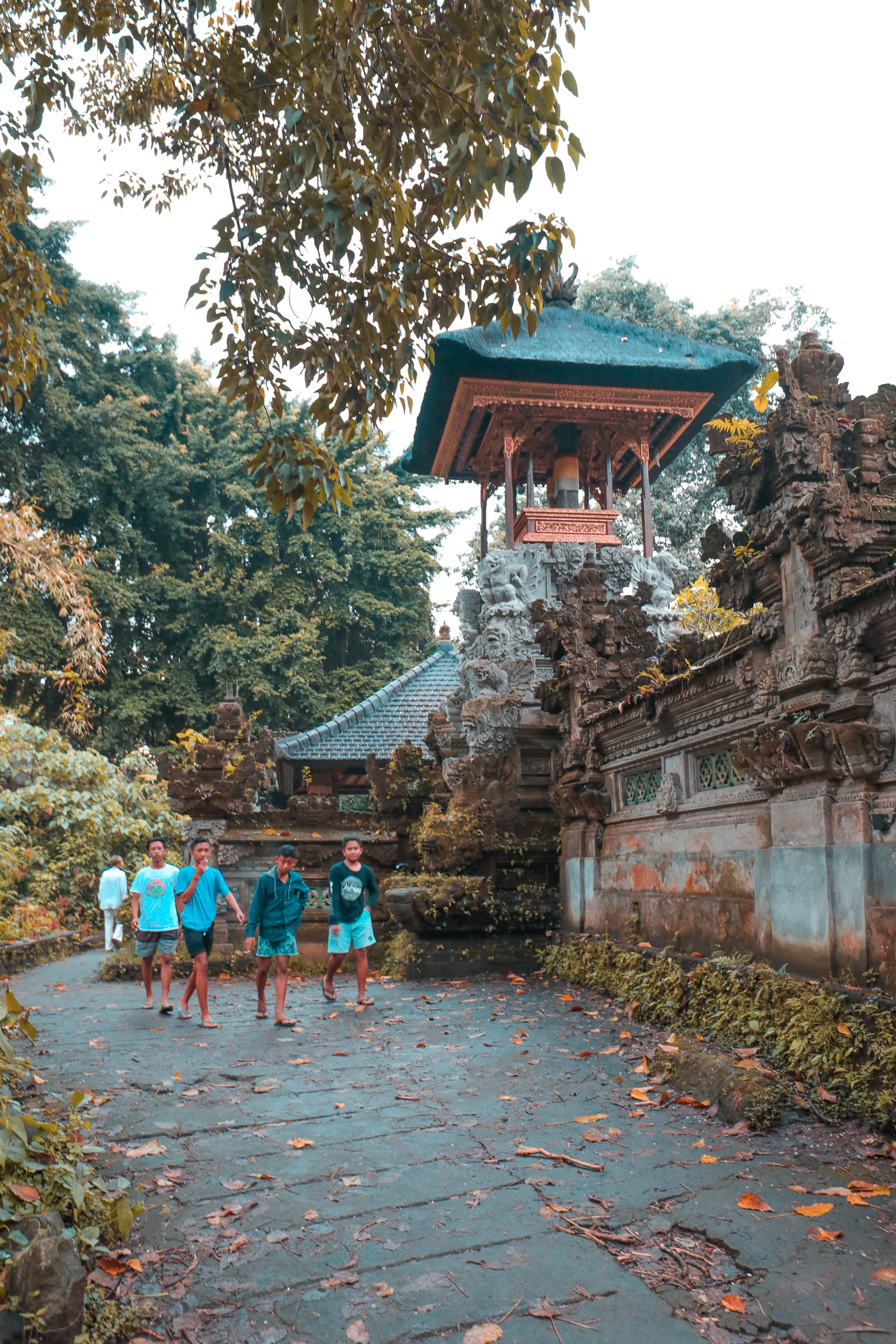 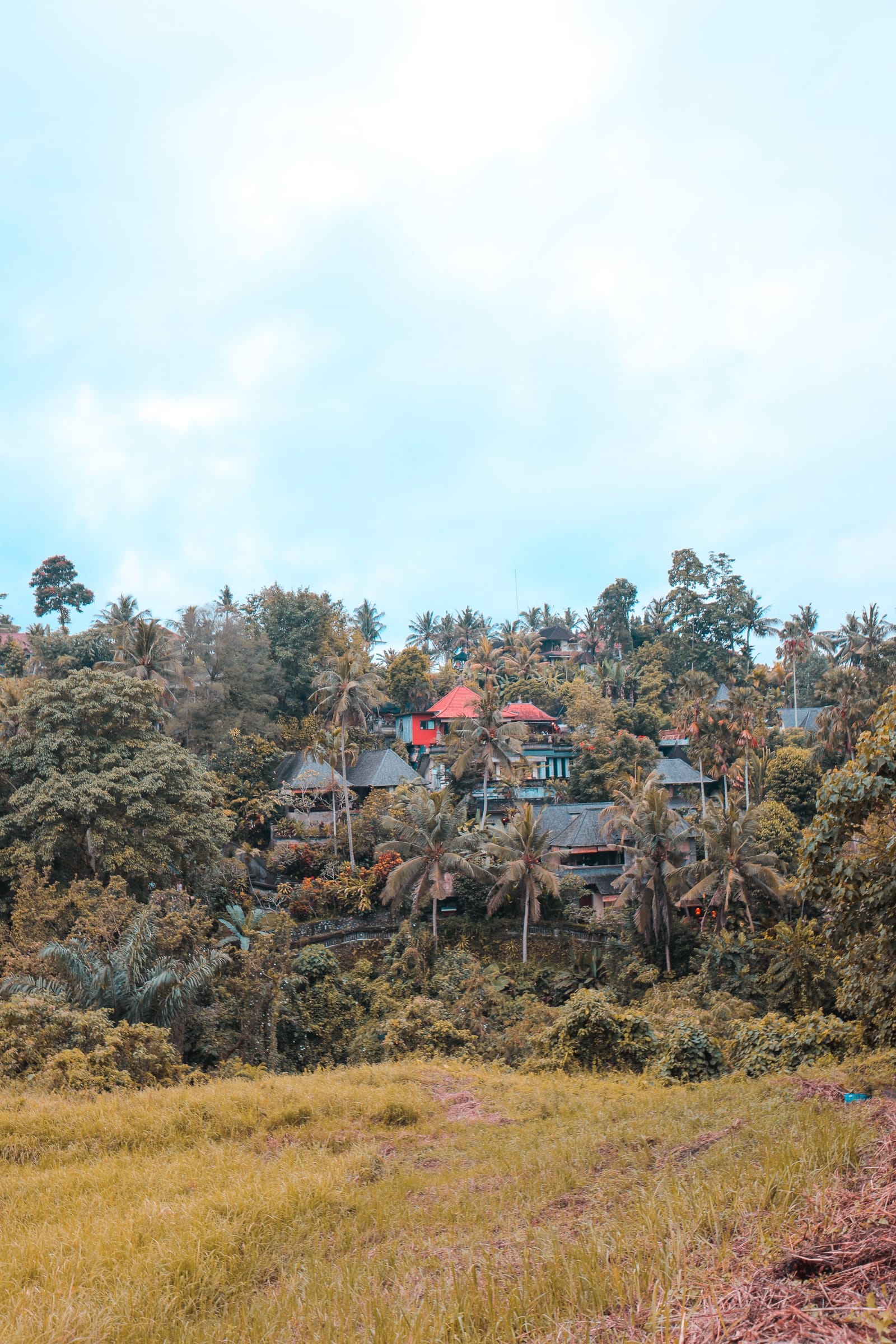 The Campuhan Ridge Walk is actually visible from our villa (and vice versa), ergo the curiosity we had about it and why we visited. 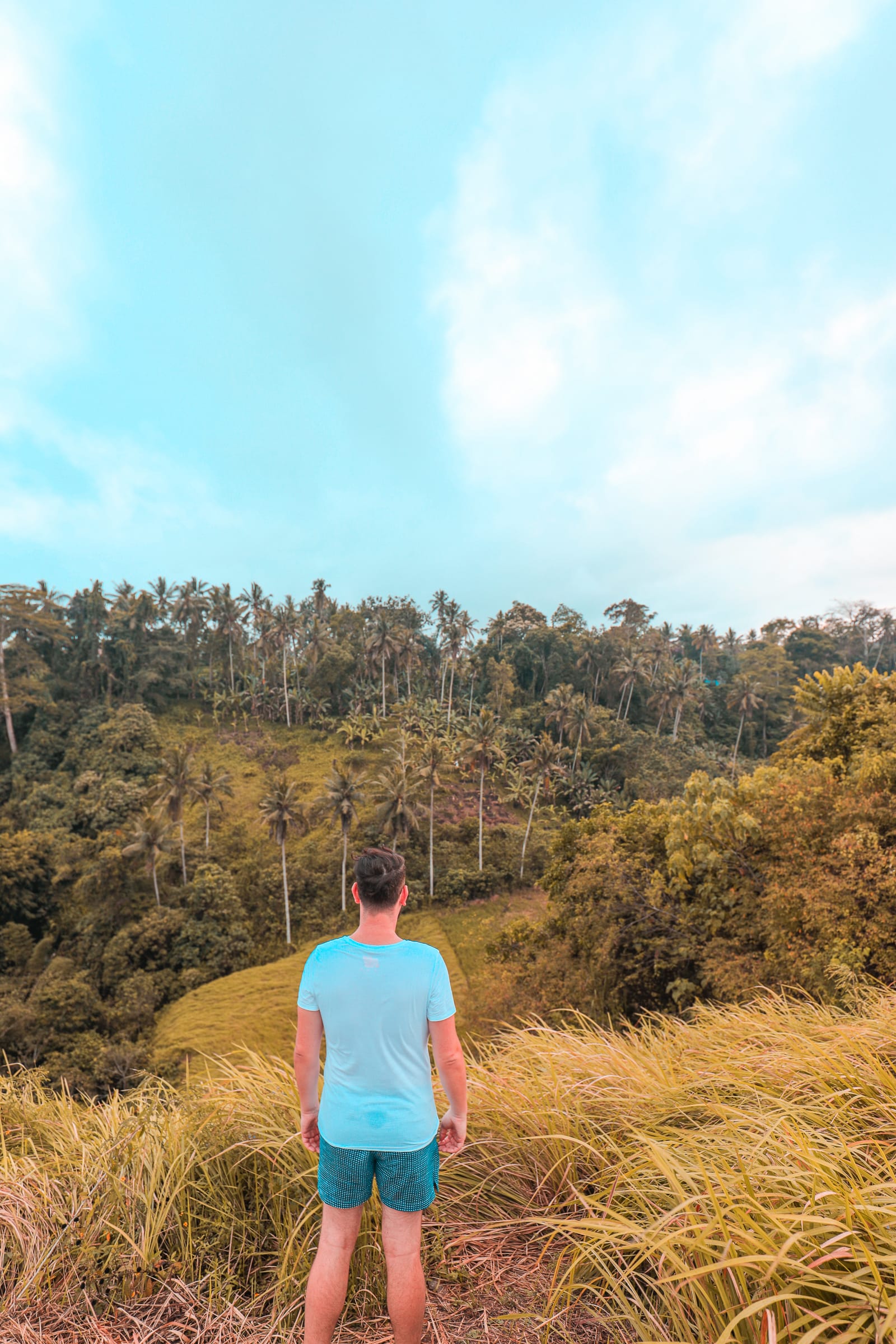 It’s a scenic walk overlooking the jungle, rice fields and even has a small swing up here, which we proceeded to take turns in (terrified the entire time as the tree the swing is on moves quite a lot when you’re swinging on it). 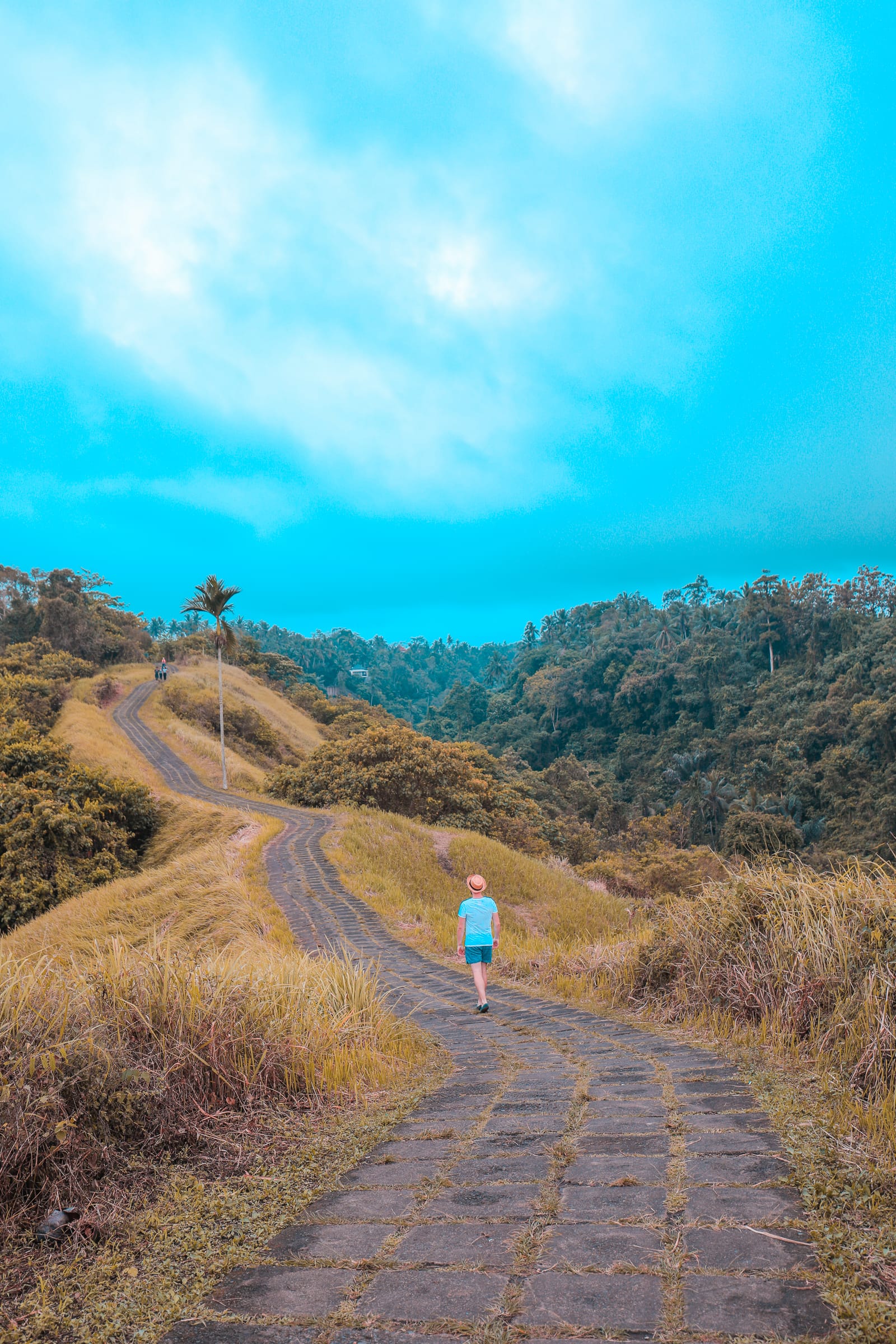 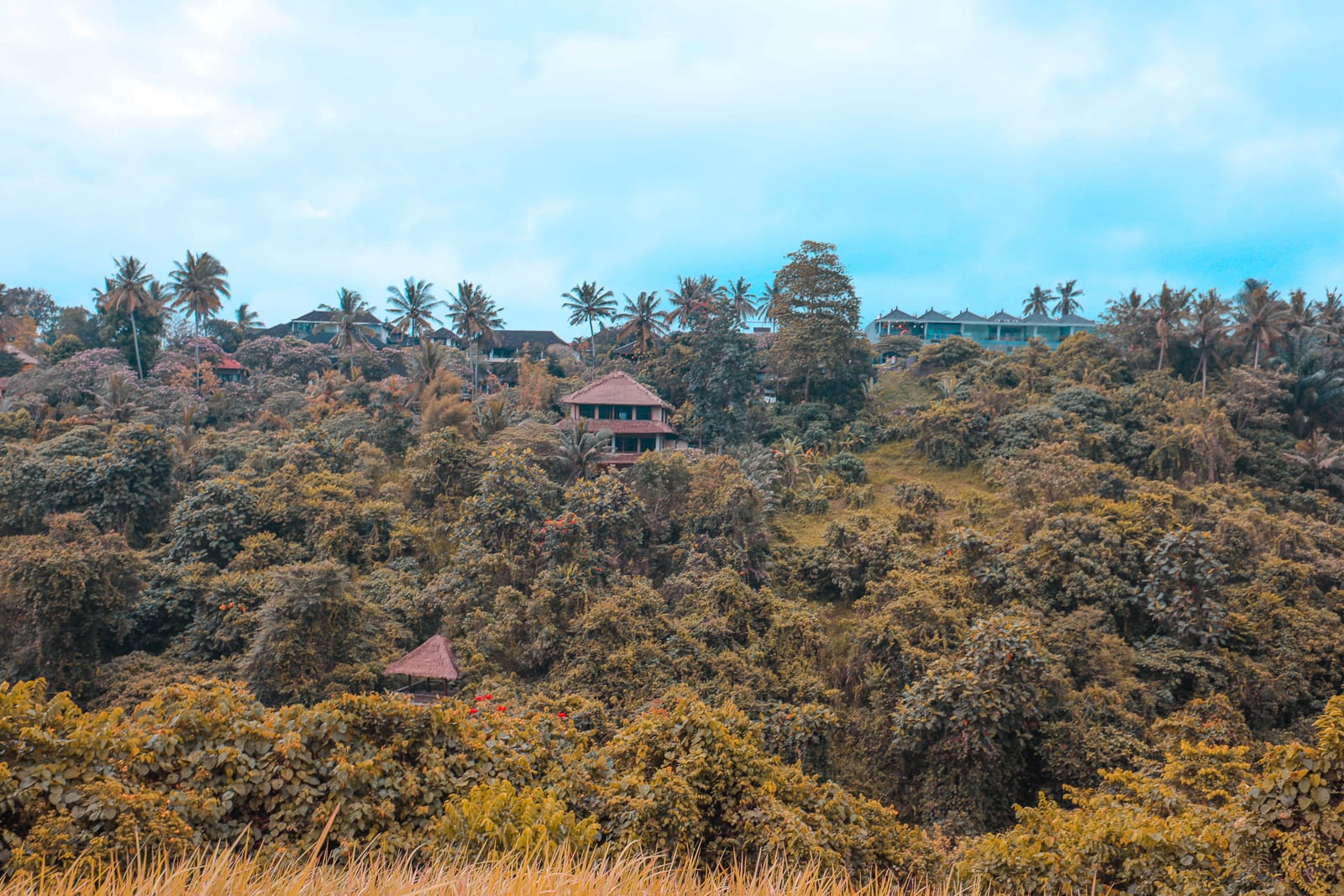 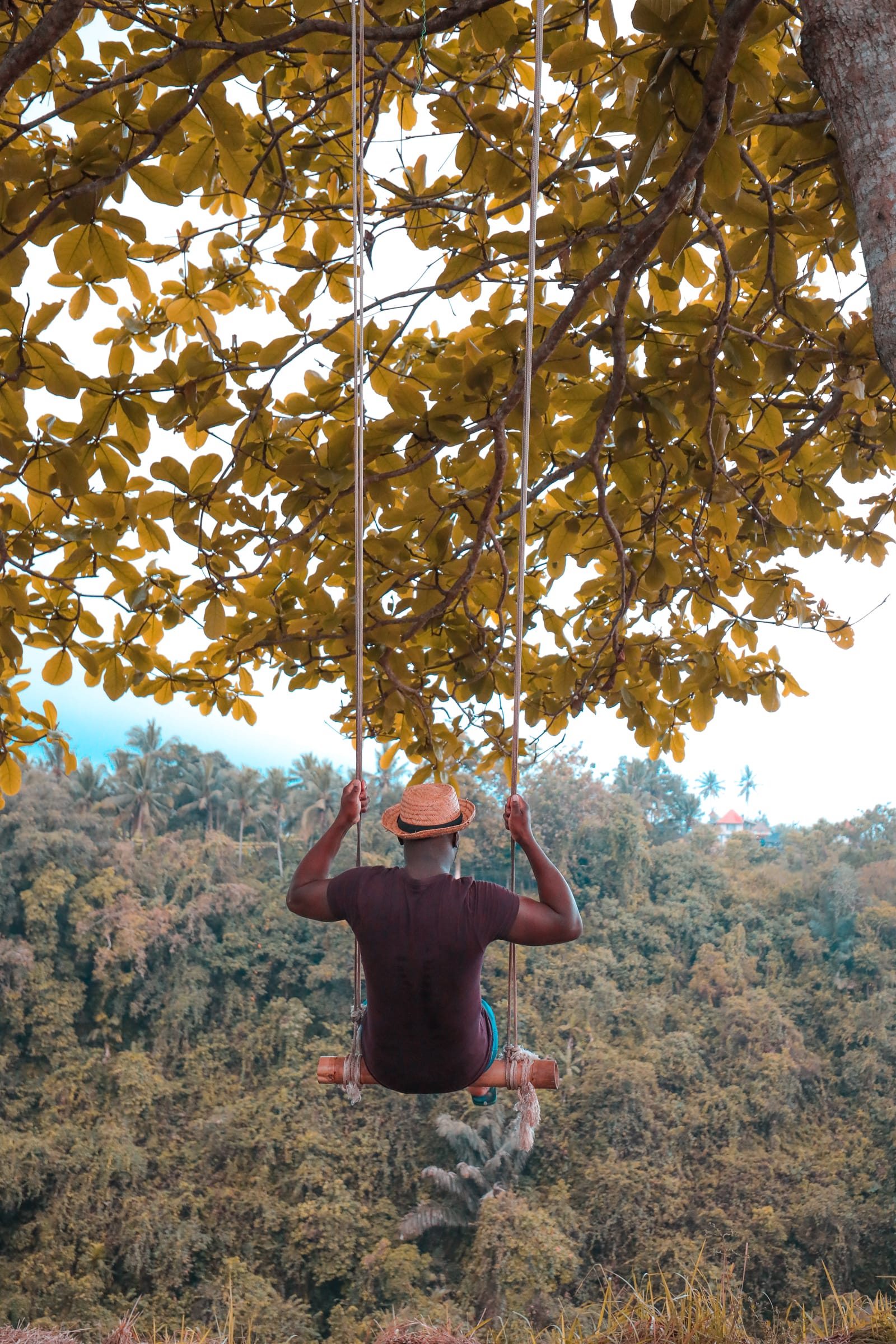 Given the number of sights there are to see in Bali, the Campuhan Ridge Walk isn’t necessarily something I’d say you have to prioritise, however, if you do find yourself with a bit of free time in Ubud, it’s totally worth visiting! 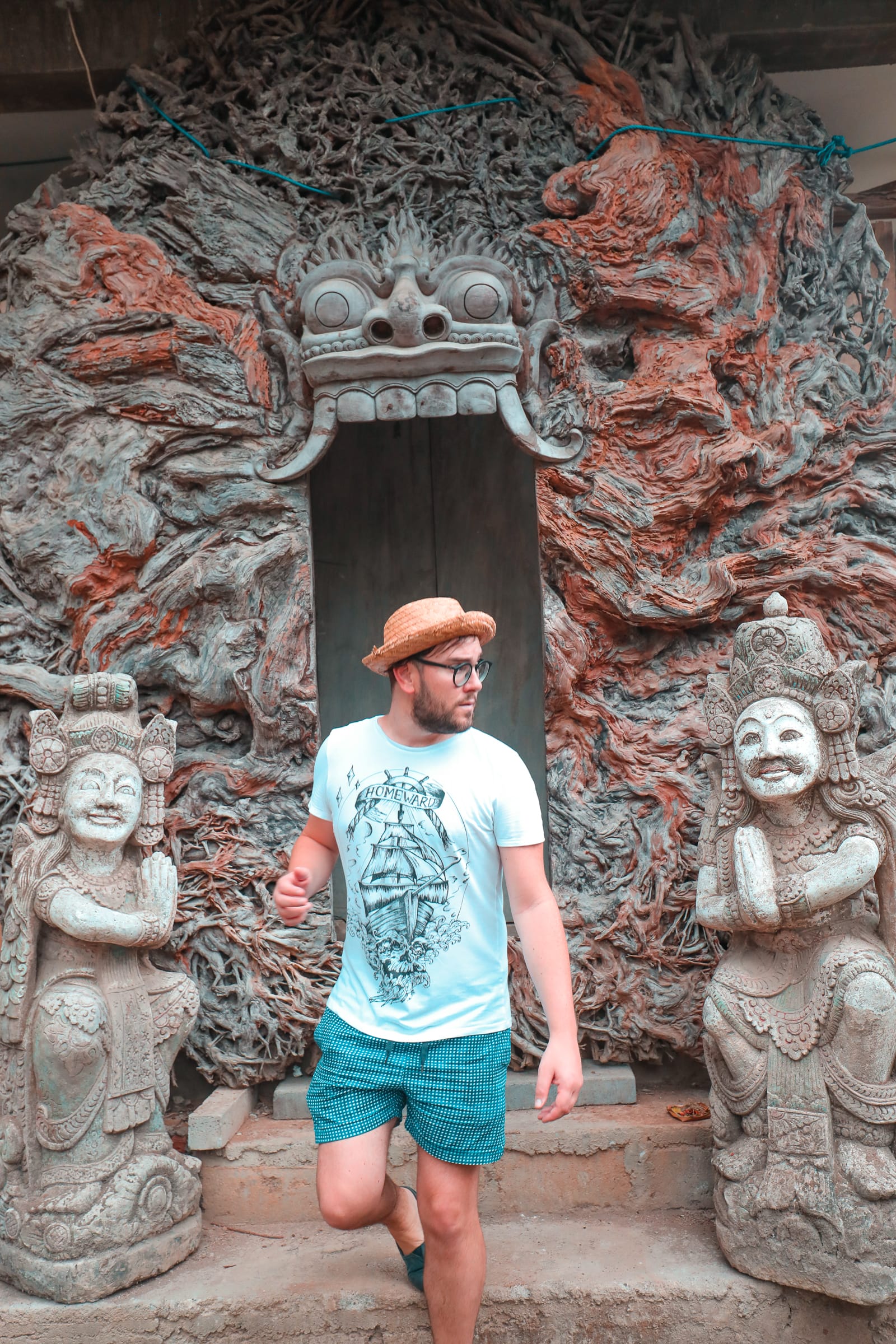 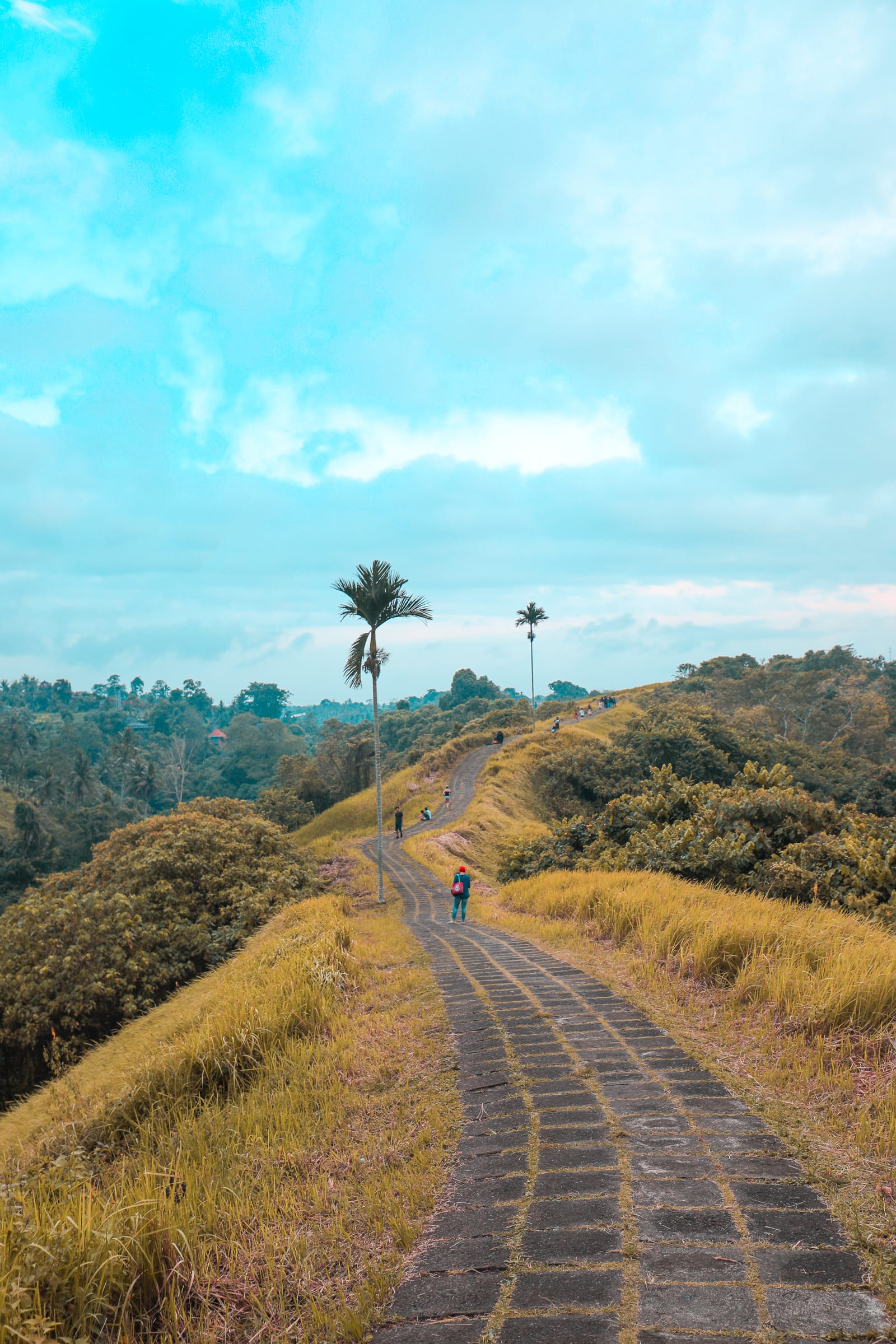 Eventually, we made our way over to the centre of Ubud and spent the rest of that evening eating (I kid you not – I ordered 3 starters and 4 mains – just for myself), drinking (in something of an unintentional bar hop), dancing (at some point later that night) and pretty much relaxing and soaking up the relaxed vibes of Ubud! 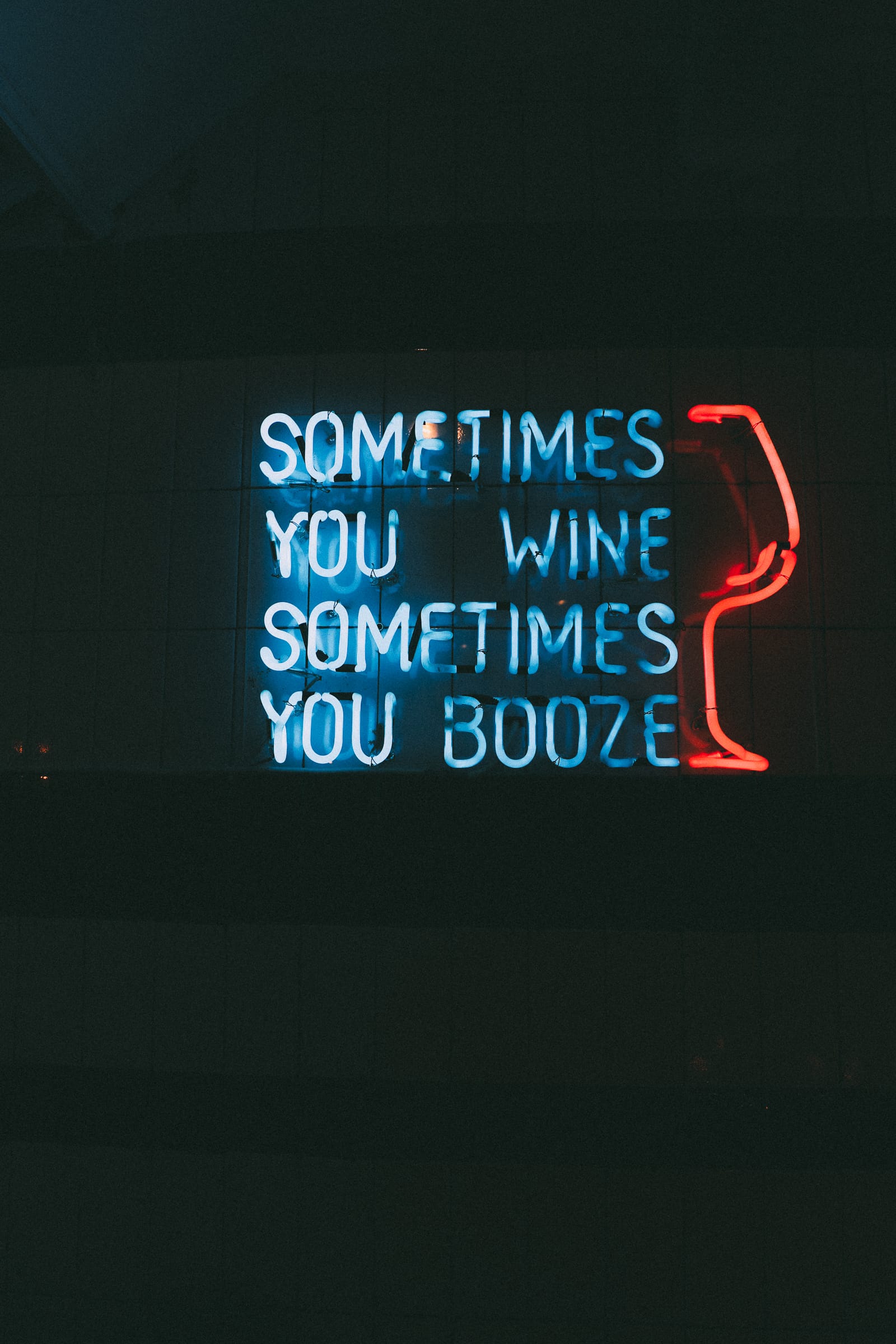 It was the perfect lazy day in Bali and a brilliant way to start what would be an amazing time on this beautiful island! 🙂 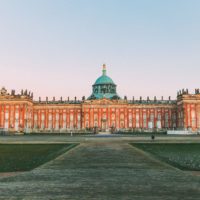 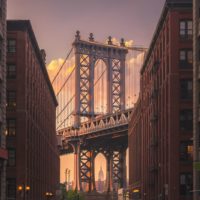 14 Quirky and Interesting Facts About The USA 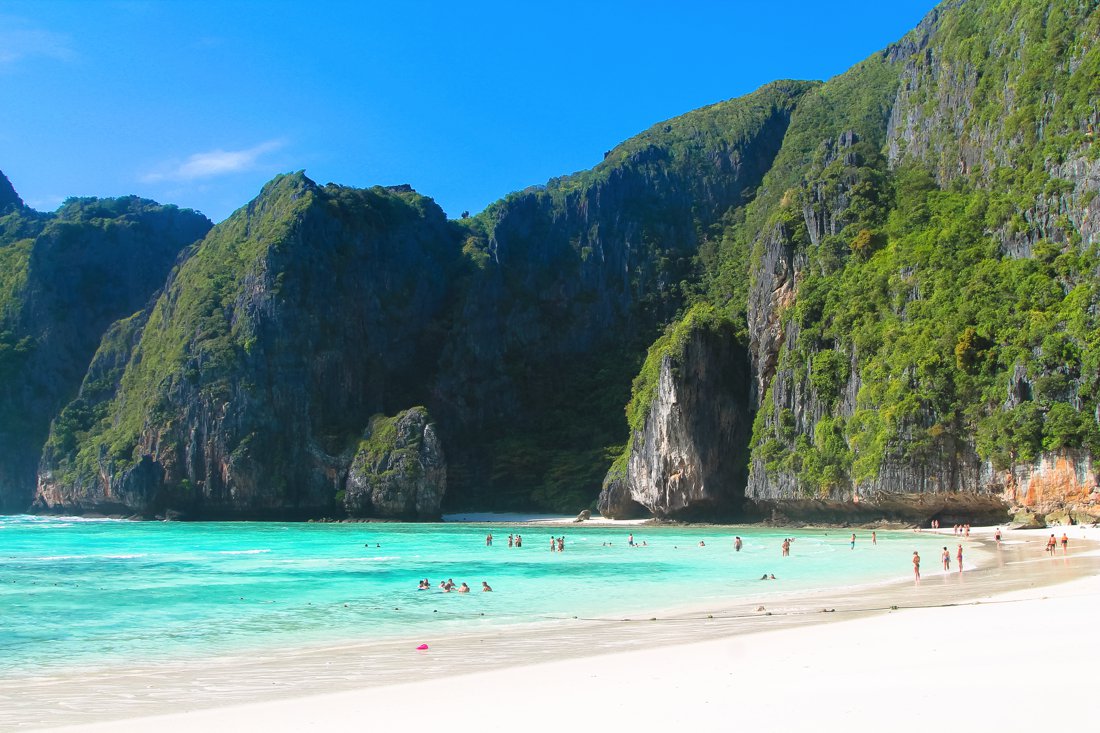 Take A Journey To One Of The Most Beautiful Beaches In The World! 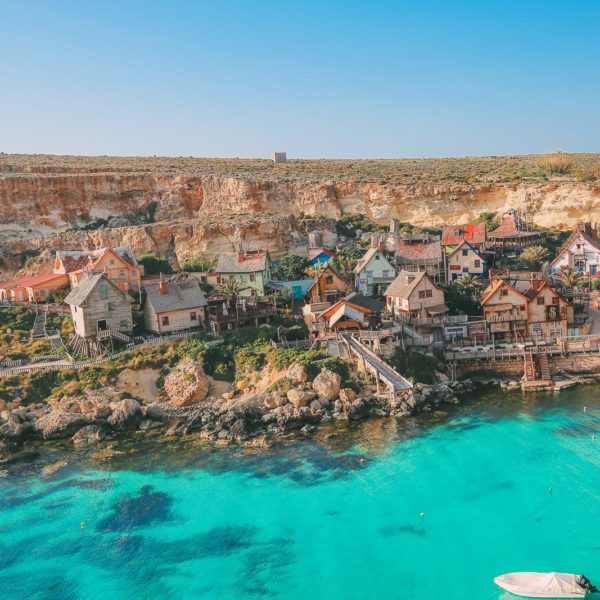 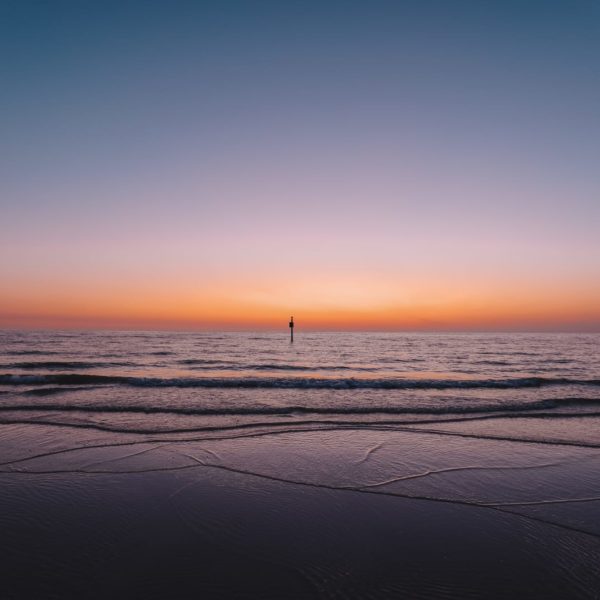