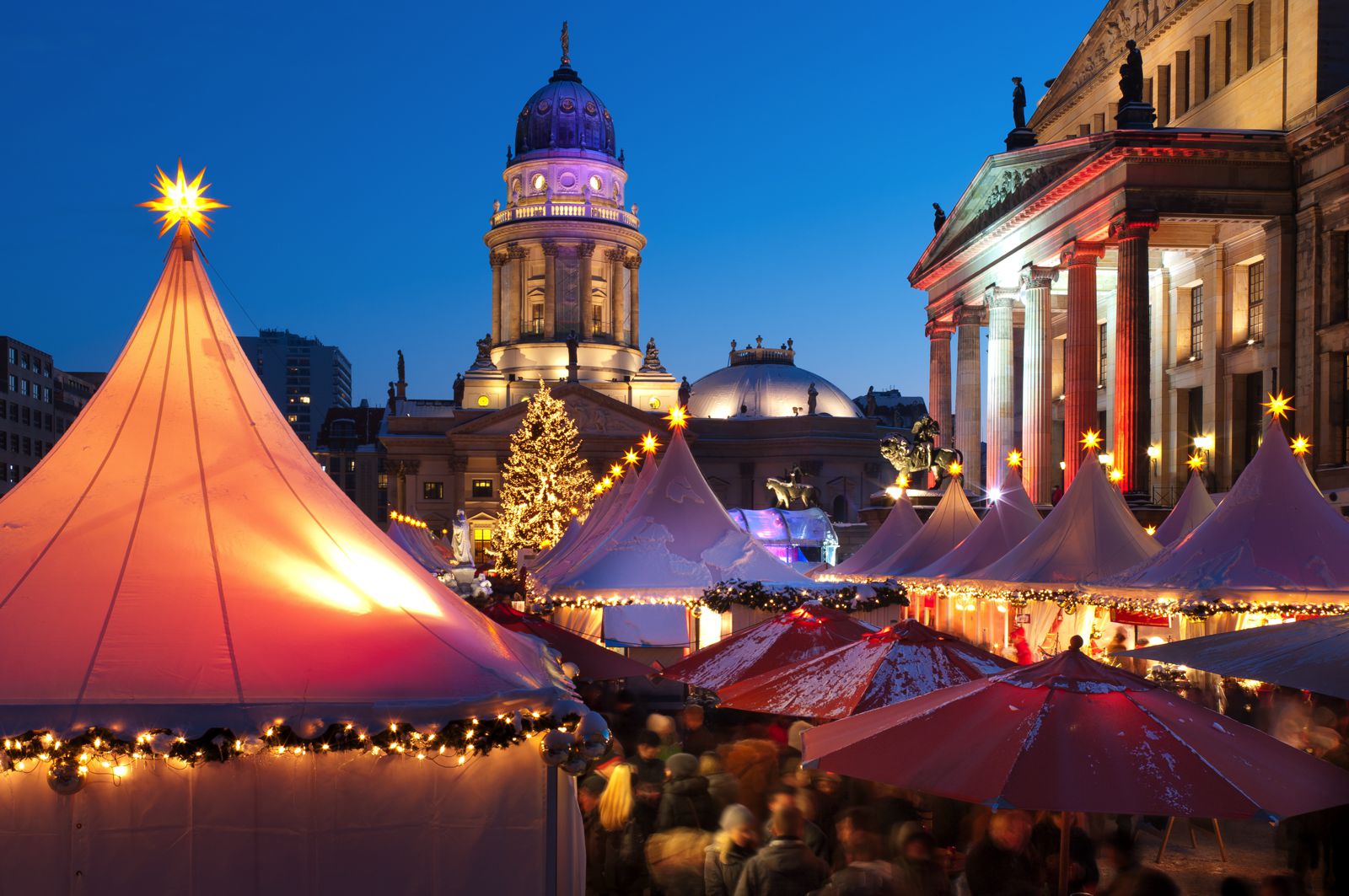 Weihnachtszauber am Gendarmenmarkt is arguably the best Christmas market in Berlin!

The location alone, right outside Berlin’s Konzerthaus (and next two of it’s most iconic churches – Neue Kirche a.k.a. Deutscher Dom and Französischer Dom, the German and French churches, respectively) makes it one of the best spots to be in the city during the winter holidays.

After our beautiful foggy day in Potsdam (see here for full deets), we headed straight to Gendarmenmarkt (the square outside said Konzerthaus and home to the Christmas market) to carry on with the Christmas festivities. 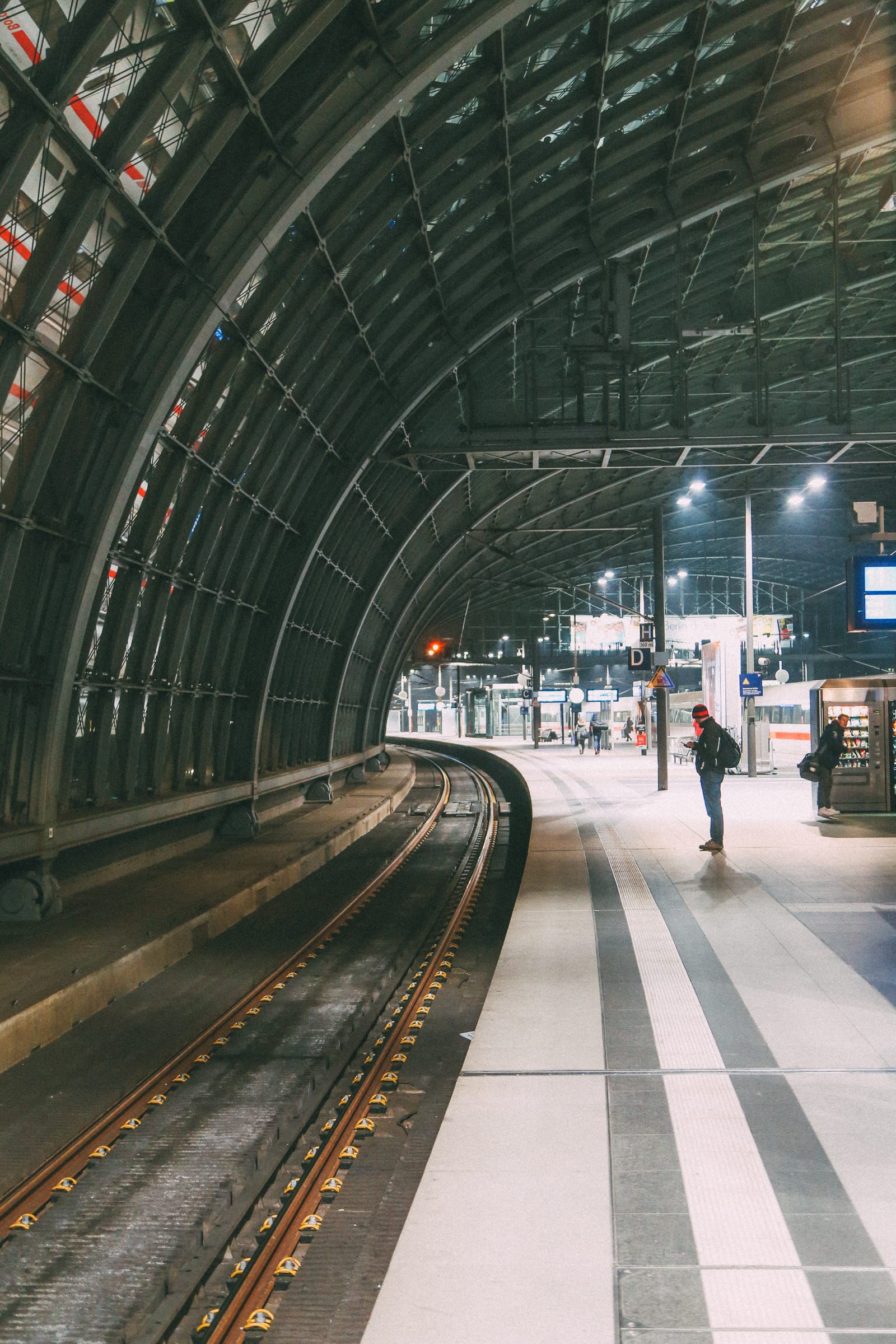 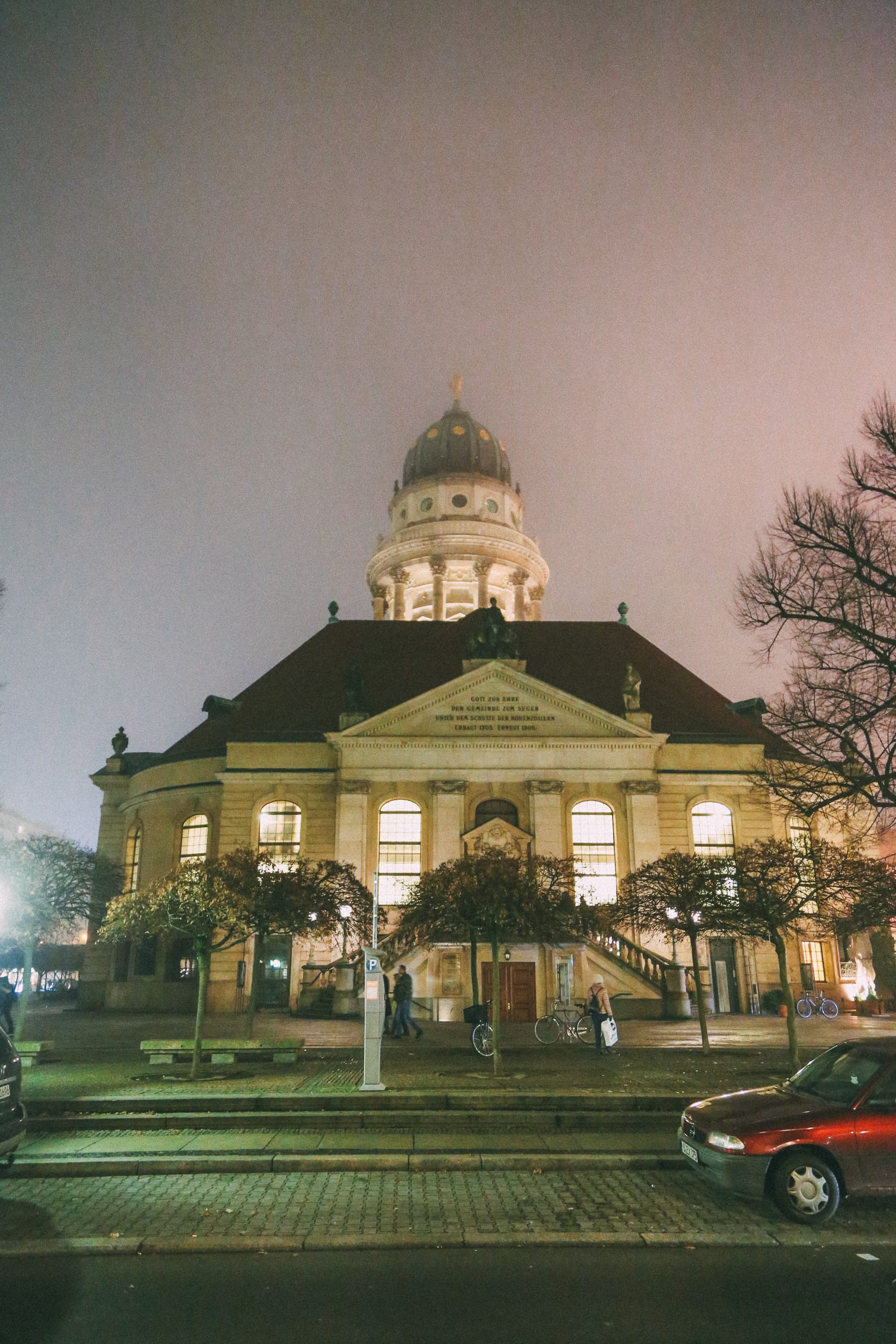 The fog in Berlin didn’t have quite the same ‘fairytale’ effect as it did in Potsdam but I still feel like it added a little something-something to the proceedings. 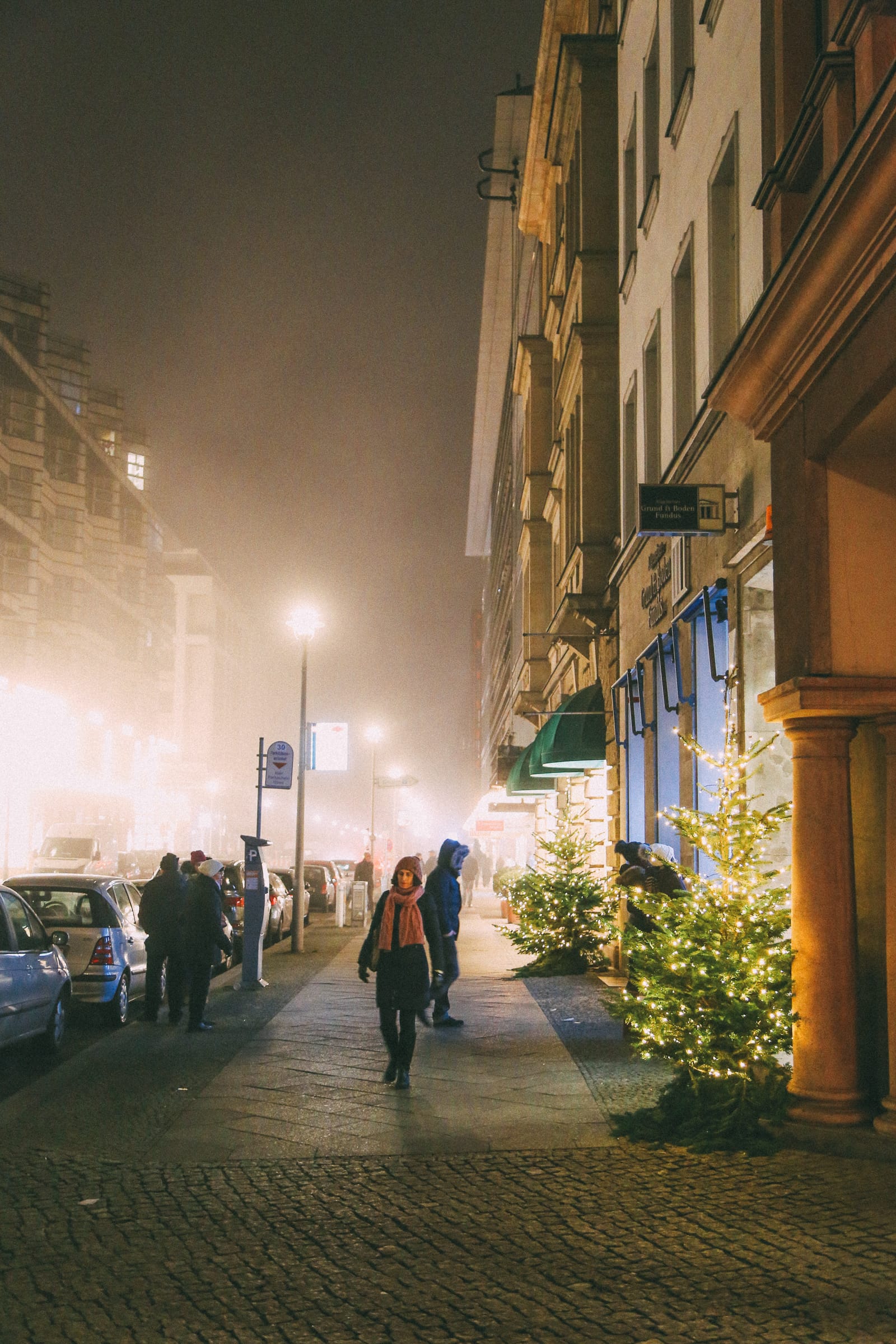 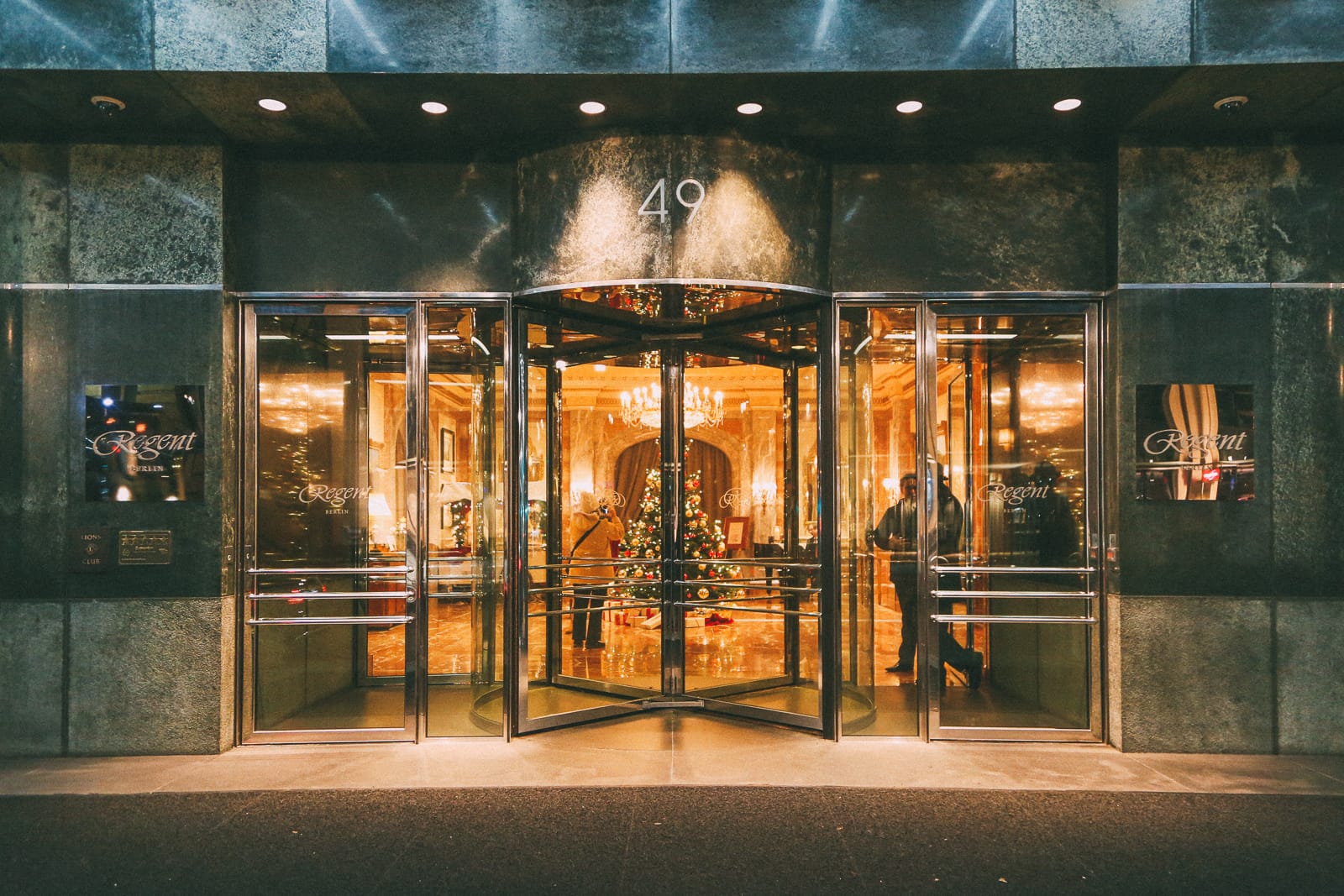 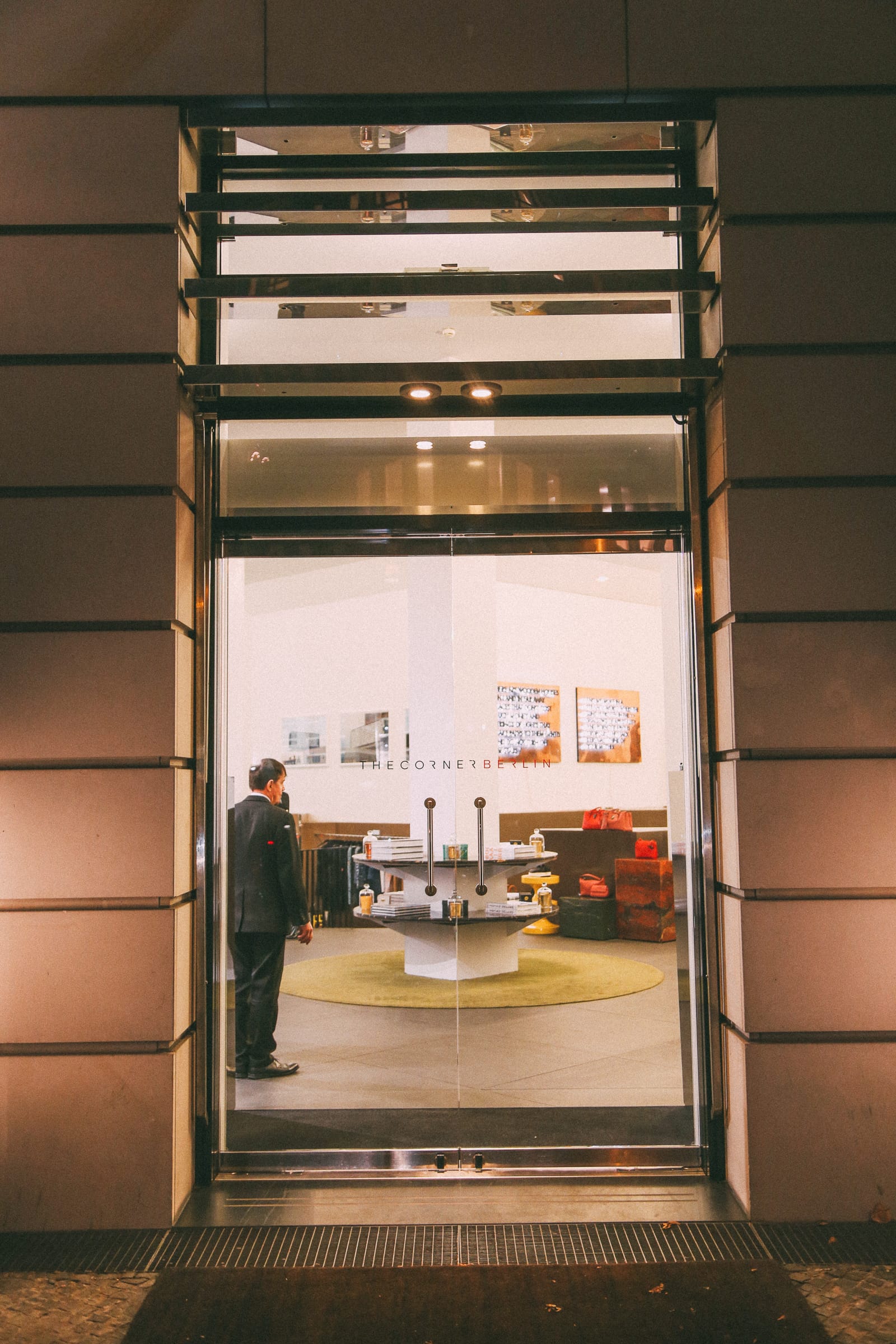 Arriving at a Christmas market absolutely starving is definitely one of the best ways to visit a Christmas market. Everything just looks, smells and tastes so much more delicious! It’s also a surefire way to leave the markets almost bankrupt (you’ll want everything!) so y’know, exercise caution. 😀 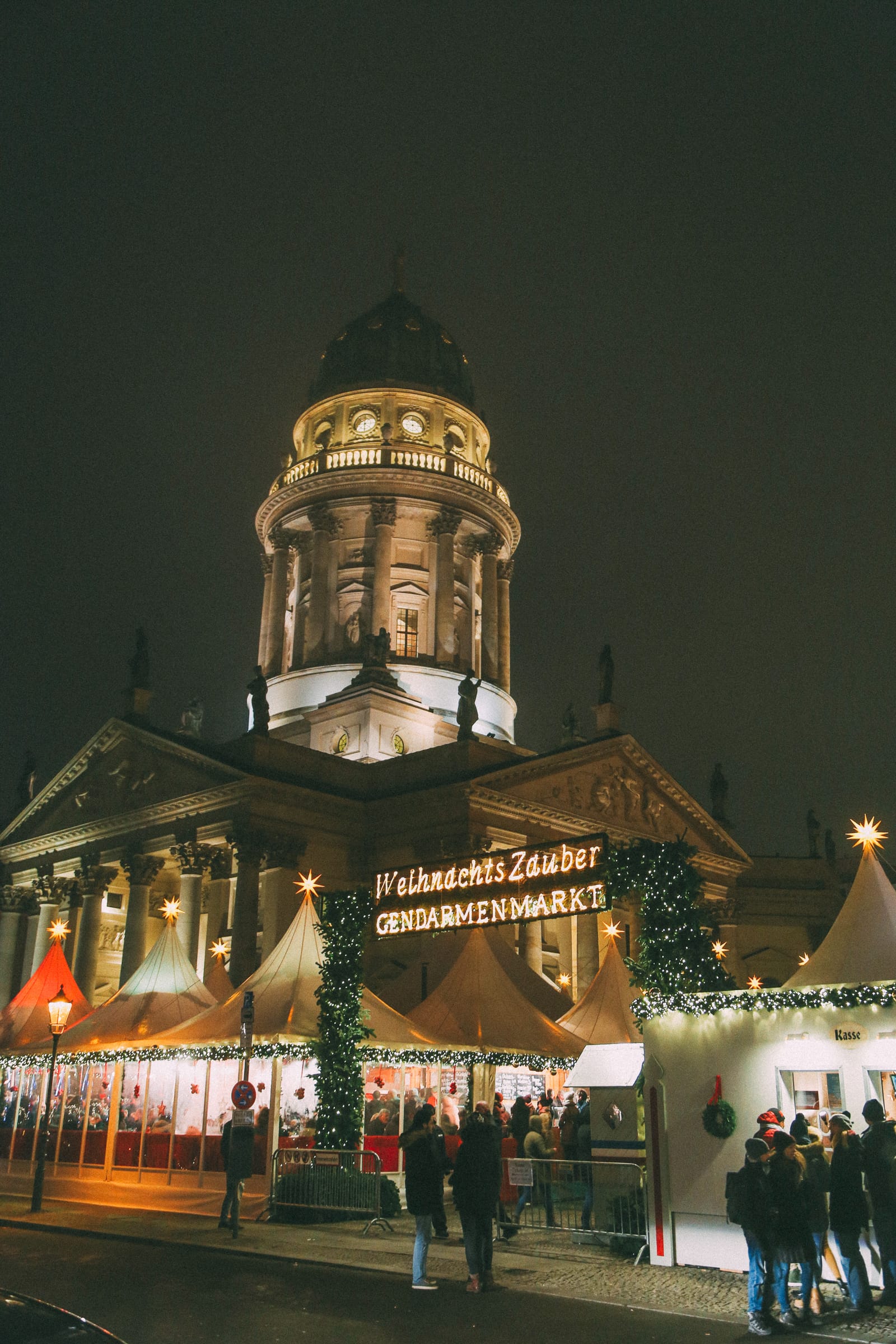 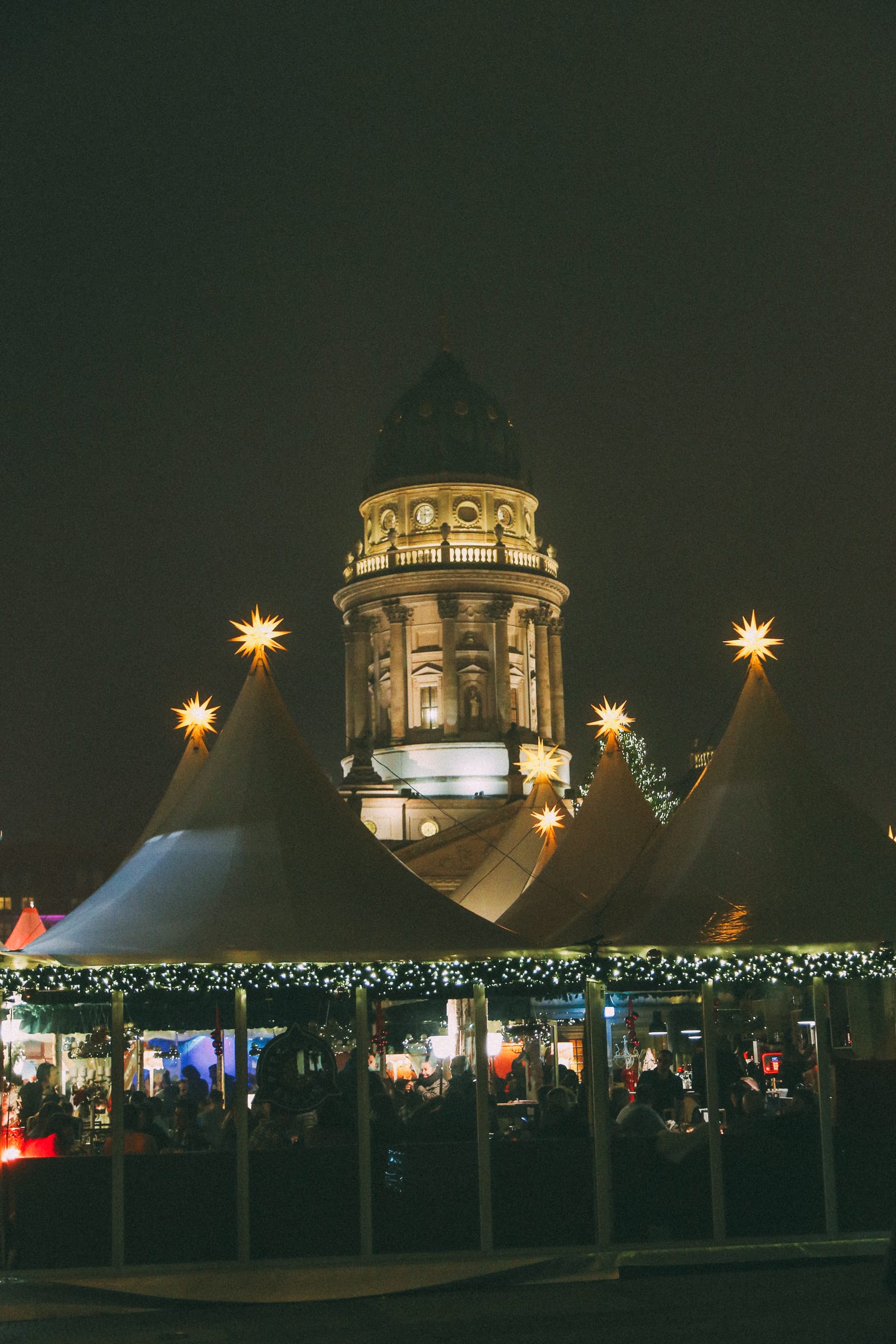 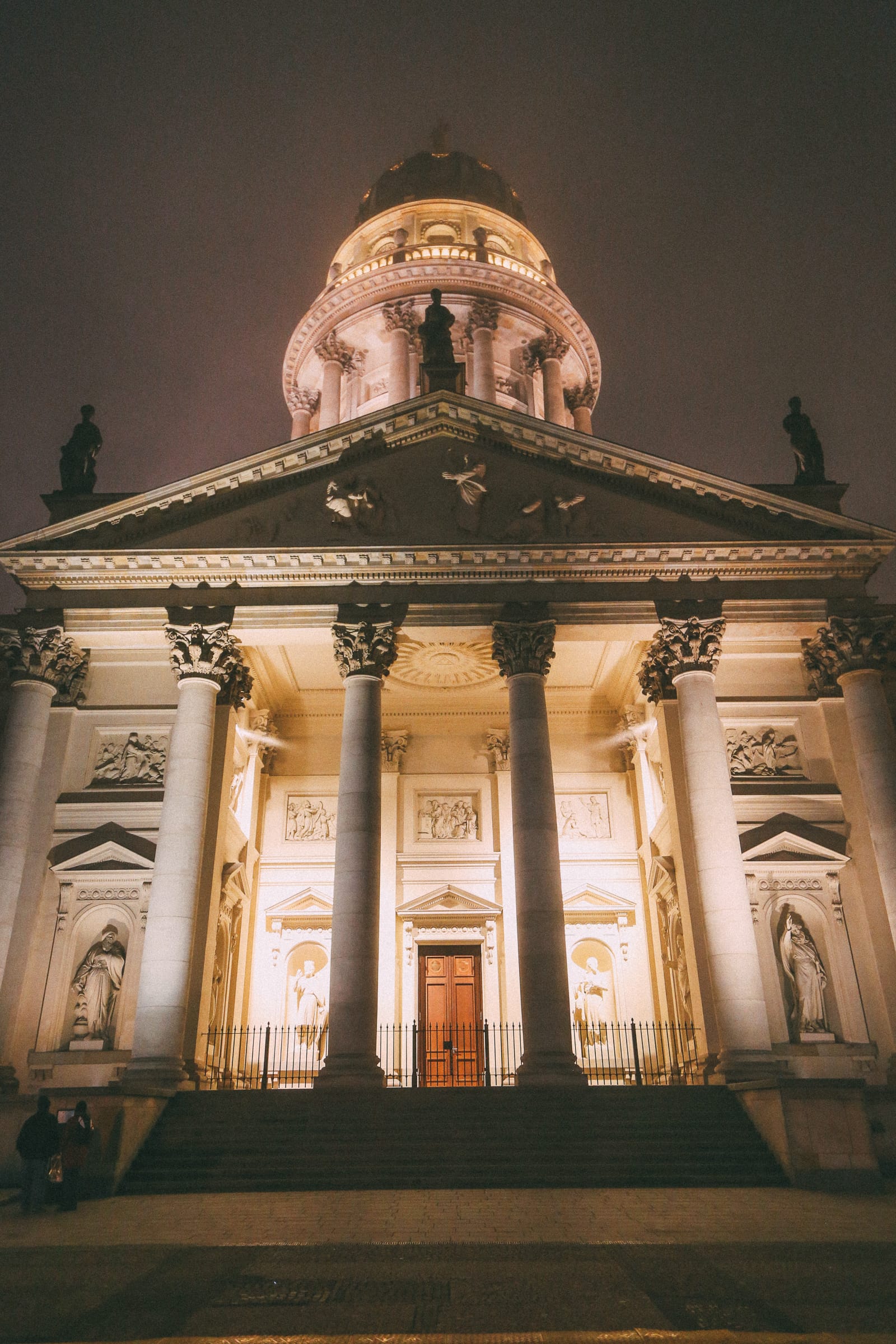 As soon as we got in, I got distracted with the sweet treats stalls, stocking up on some more nuts – squirrels have nothing on me when it comes to my love of nuts – especially candied ones. 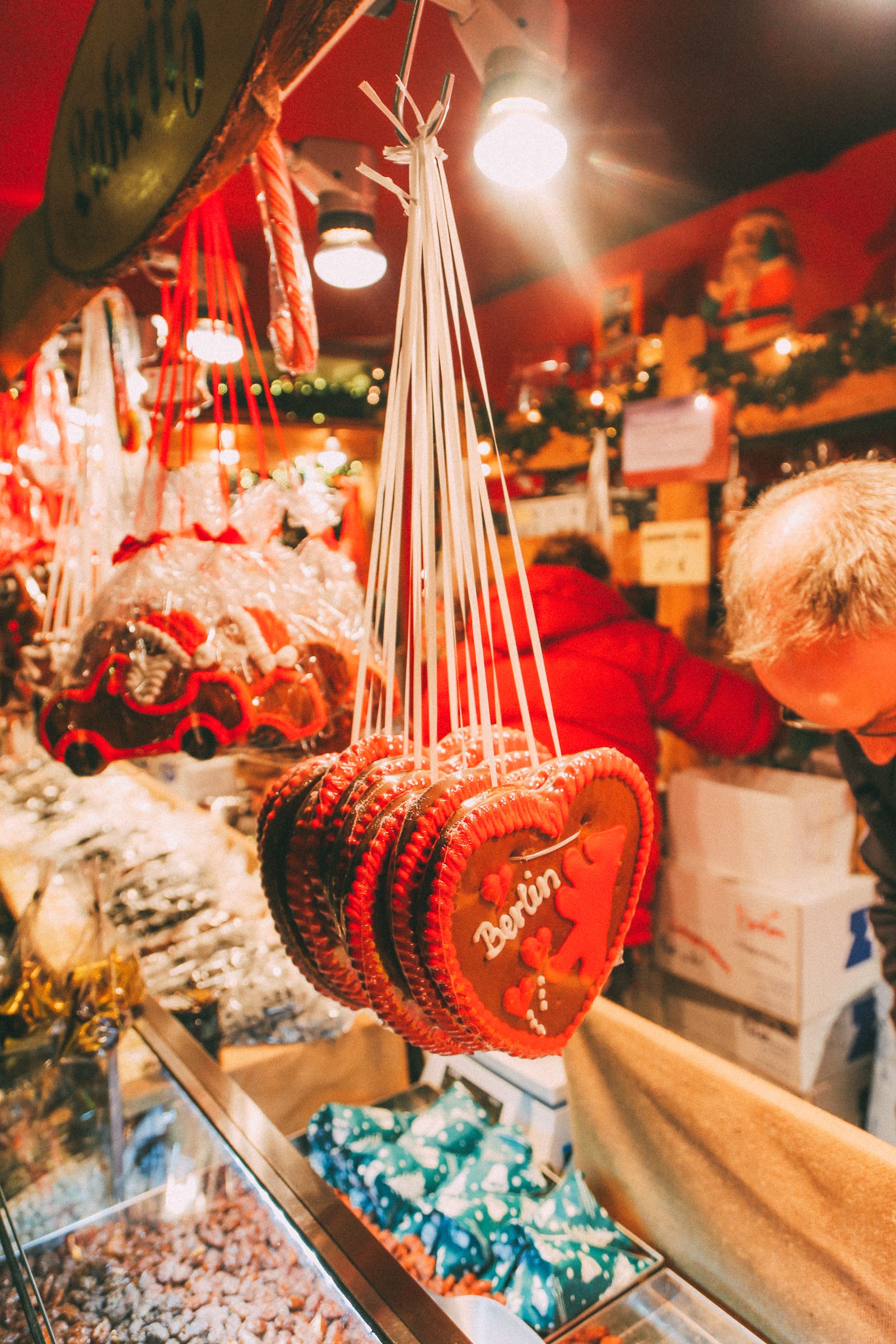 My camera bags filled to the brim with nuts, the next on my agenda thing on my agenda was my gluhwein (mulled wine) – which went down a treat with the performances going on in the markets. 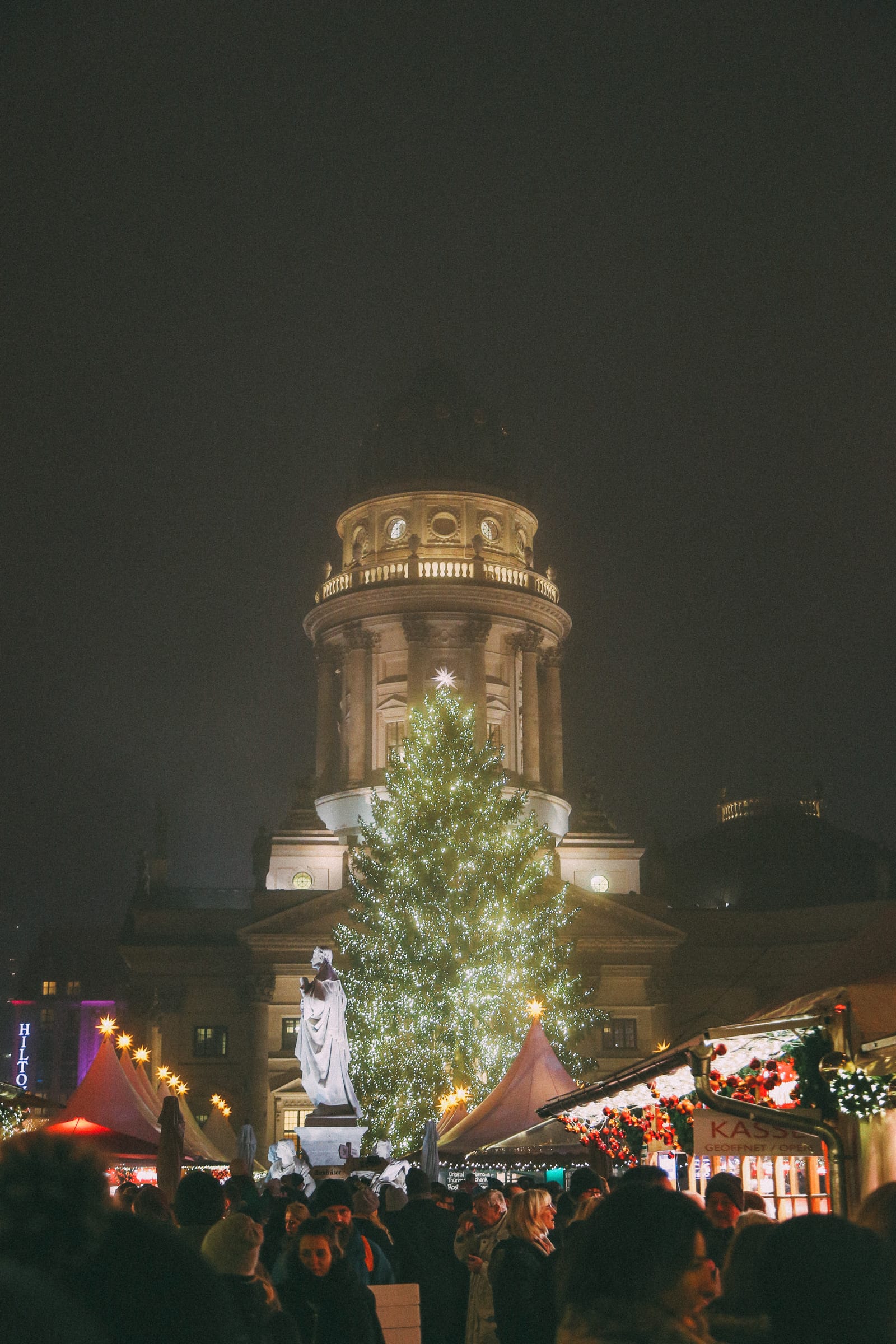 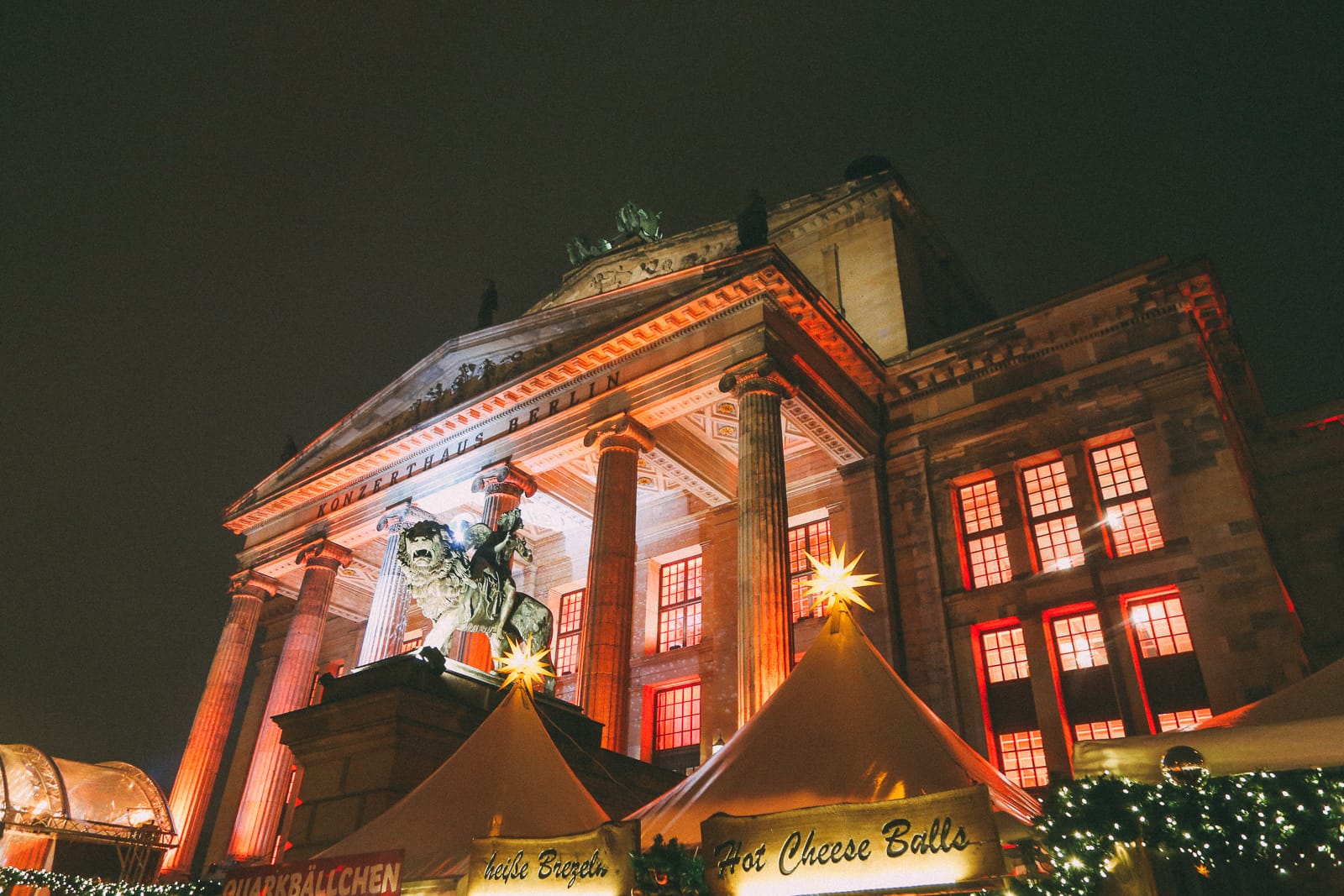 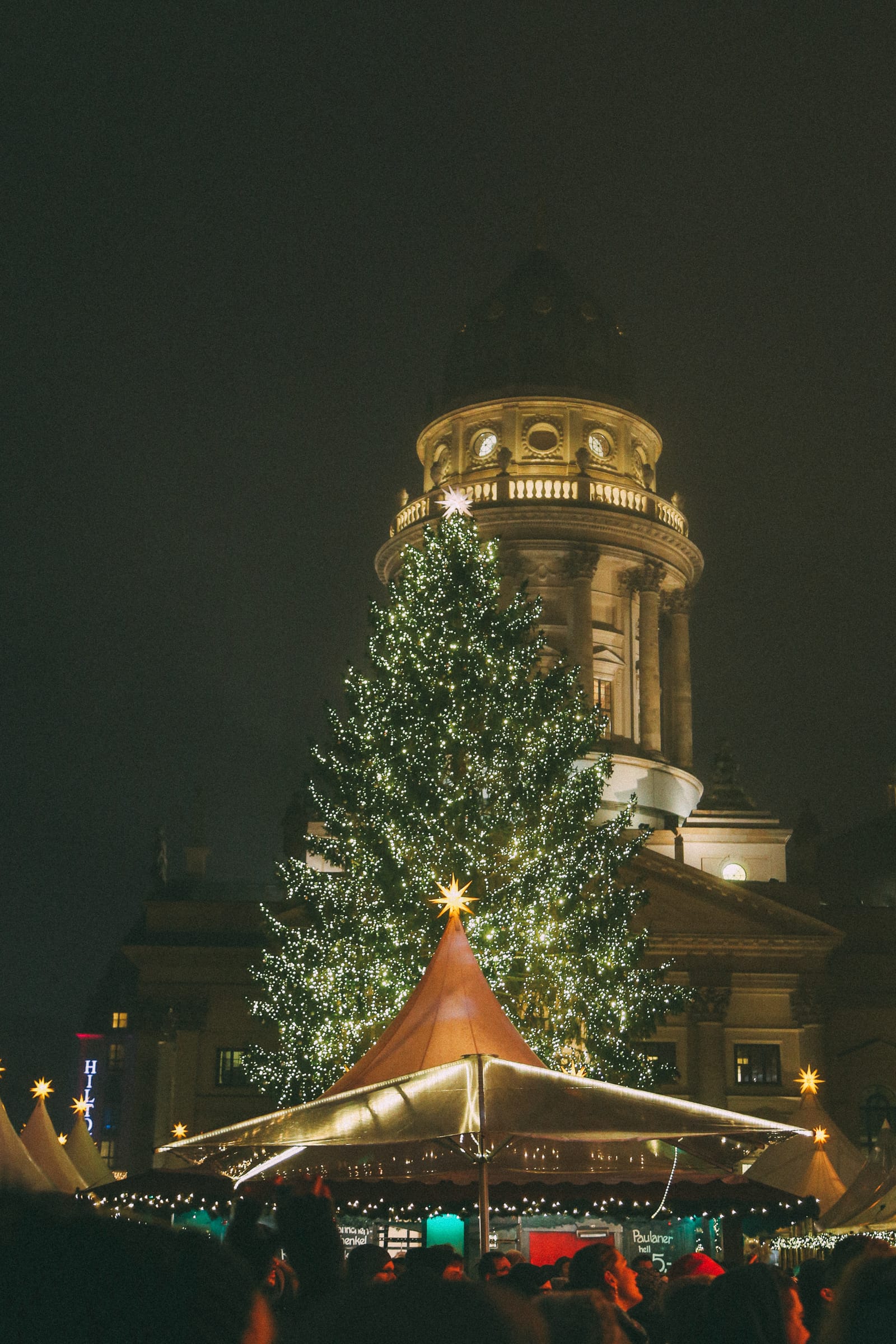 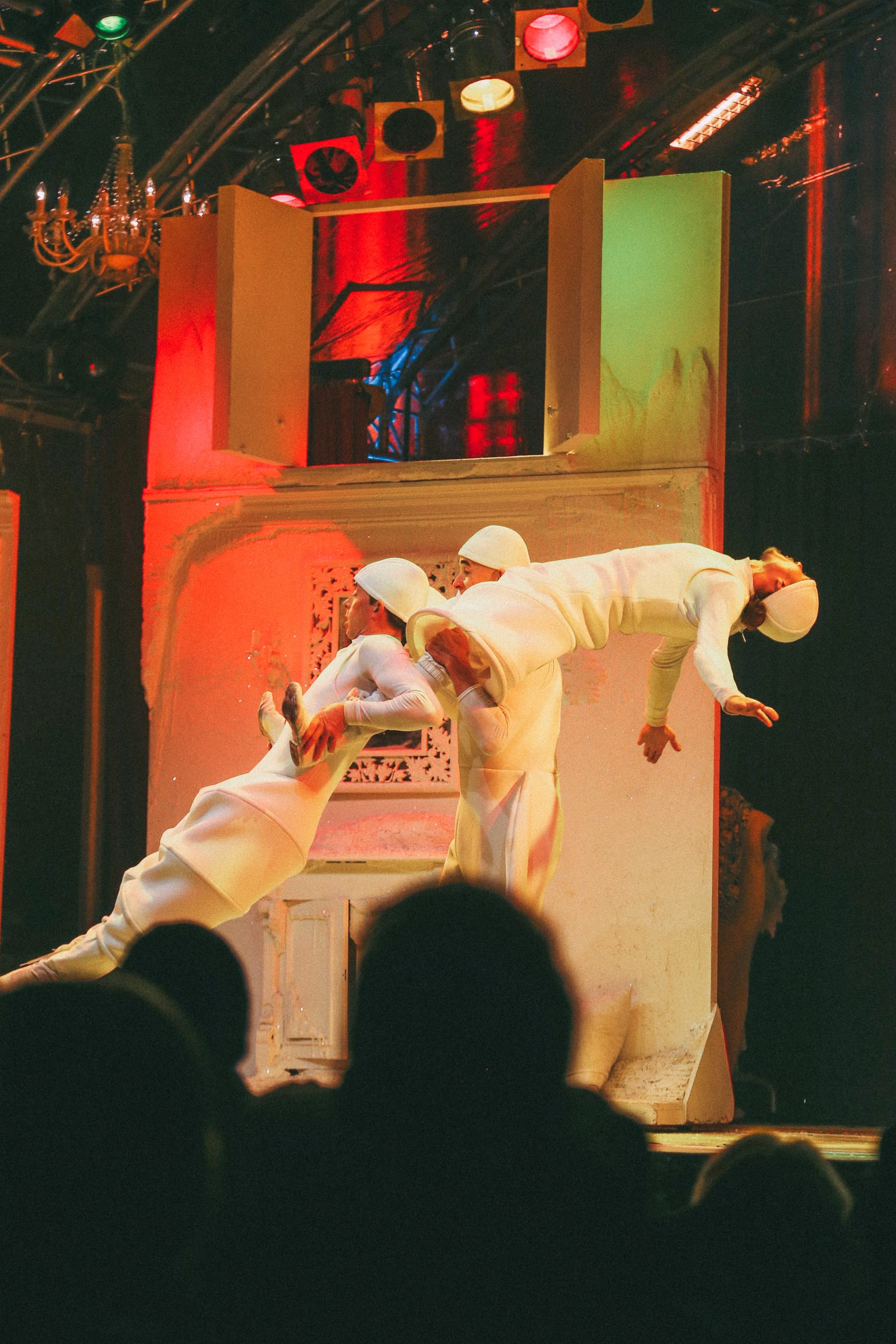 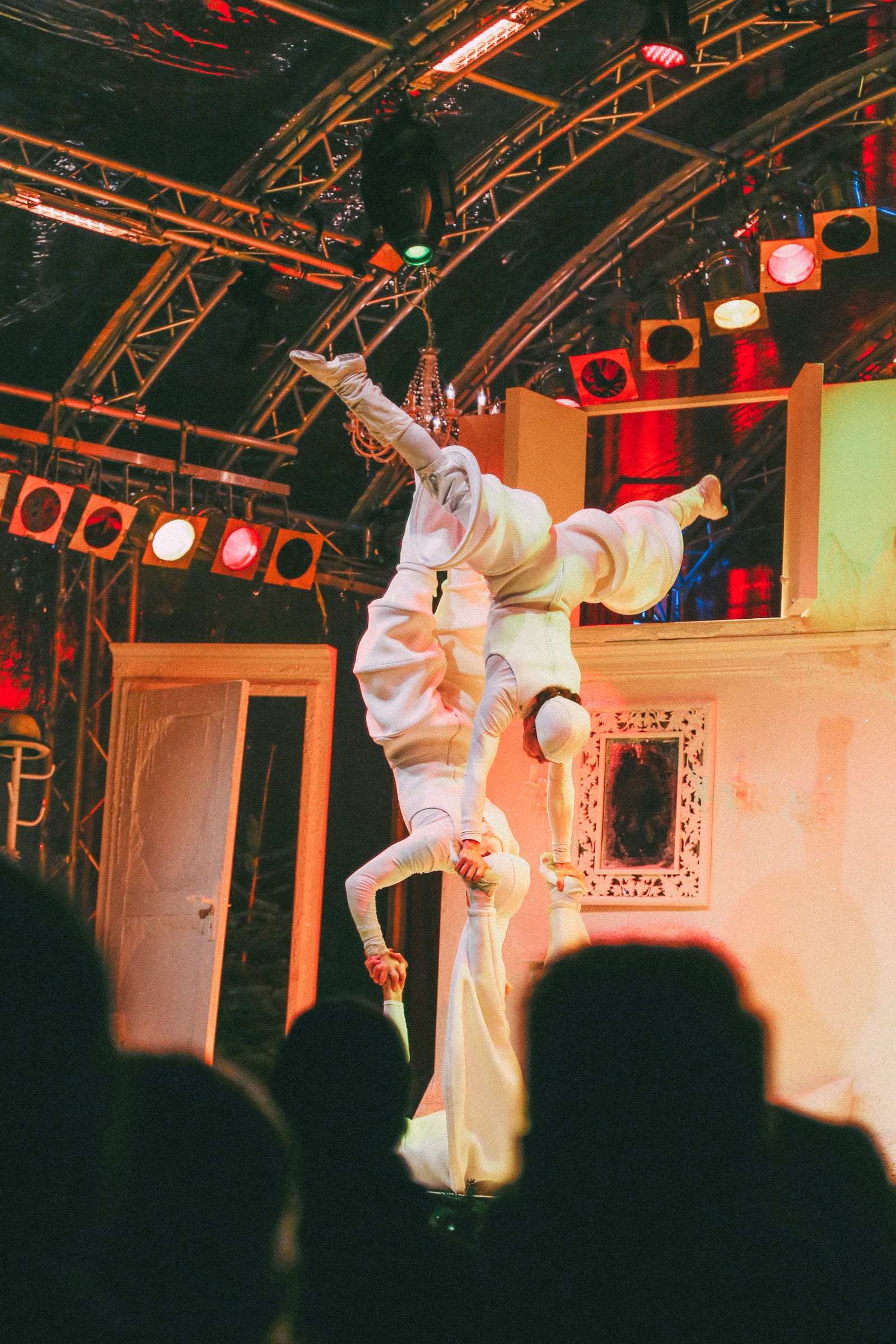 Lloyd and I then wandered from stall to stall, soaking up every bit of Christmas cheer in the air but predominantly looking for wursts of any kind – currywurst, bratwurst, didn’t matter, we just wanted to eat (oh, and yes, I know a currywurst is just a curried bratwurst 😀 ). 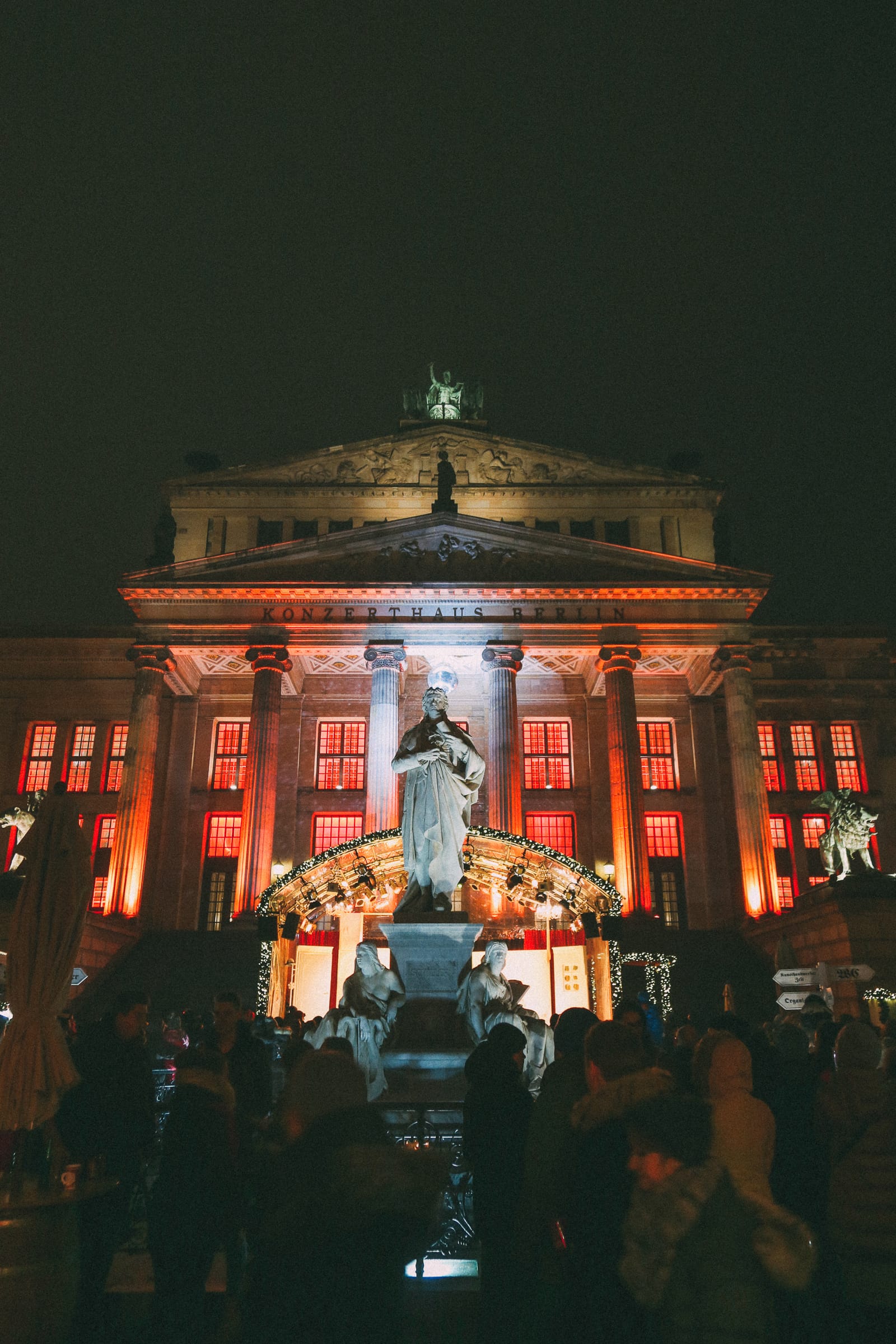 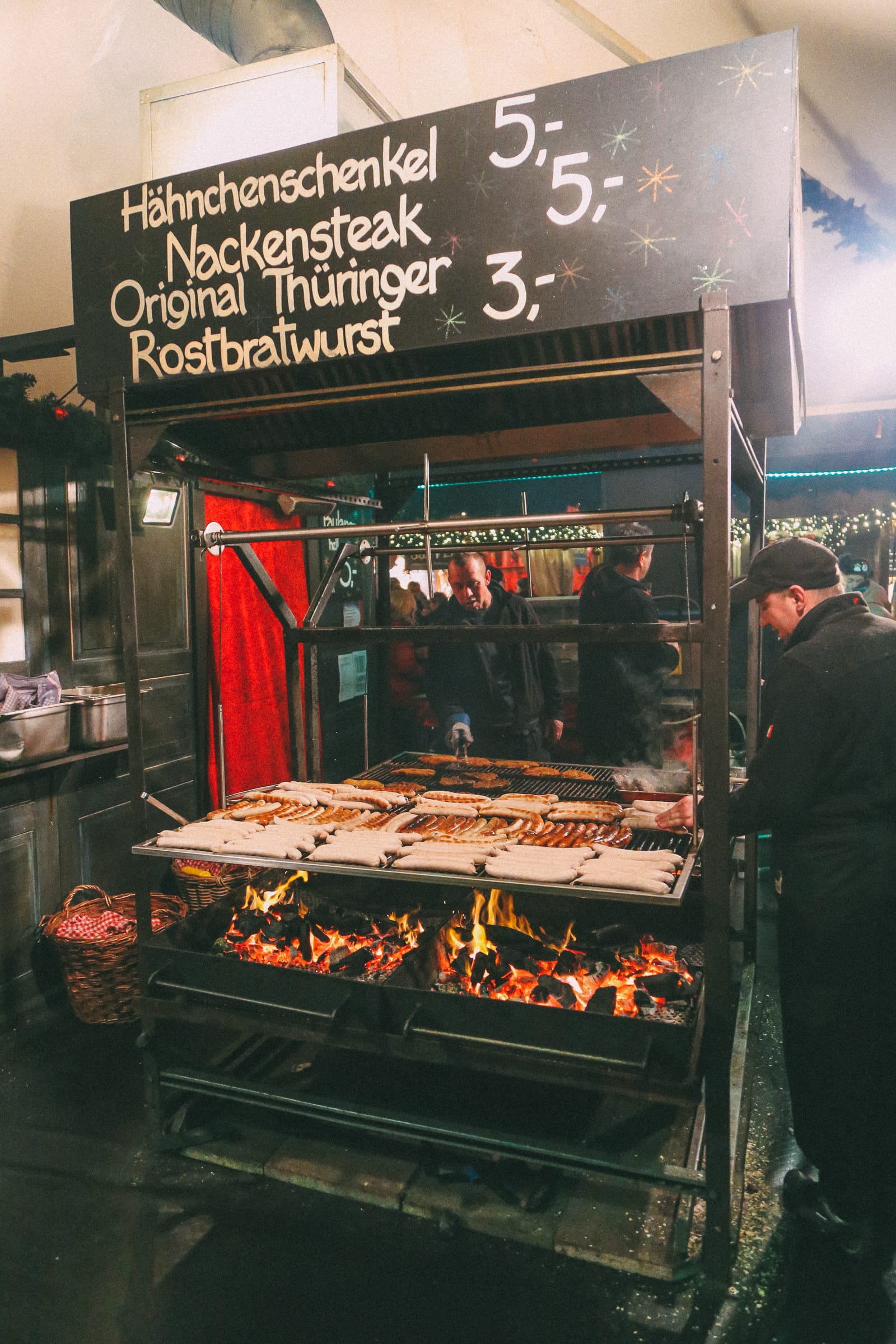 Still hungry, and attracted by a queue around one of the tents, I discovered a fantastic German Christmas market favourite – roasted pork! Well, I don’t actually know if it’s a favourite (only the German’s can verify that) but it was definitely one of my favourites. 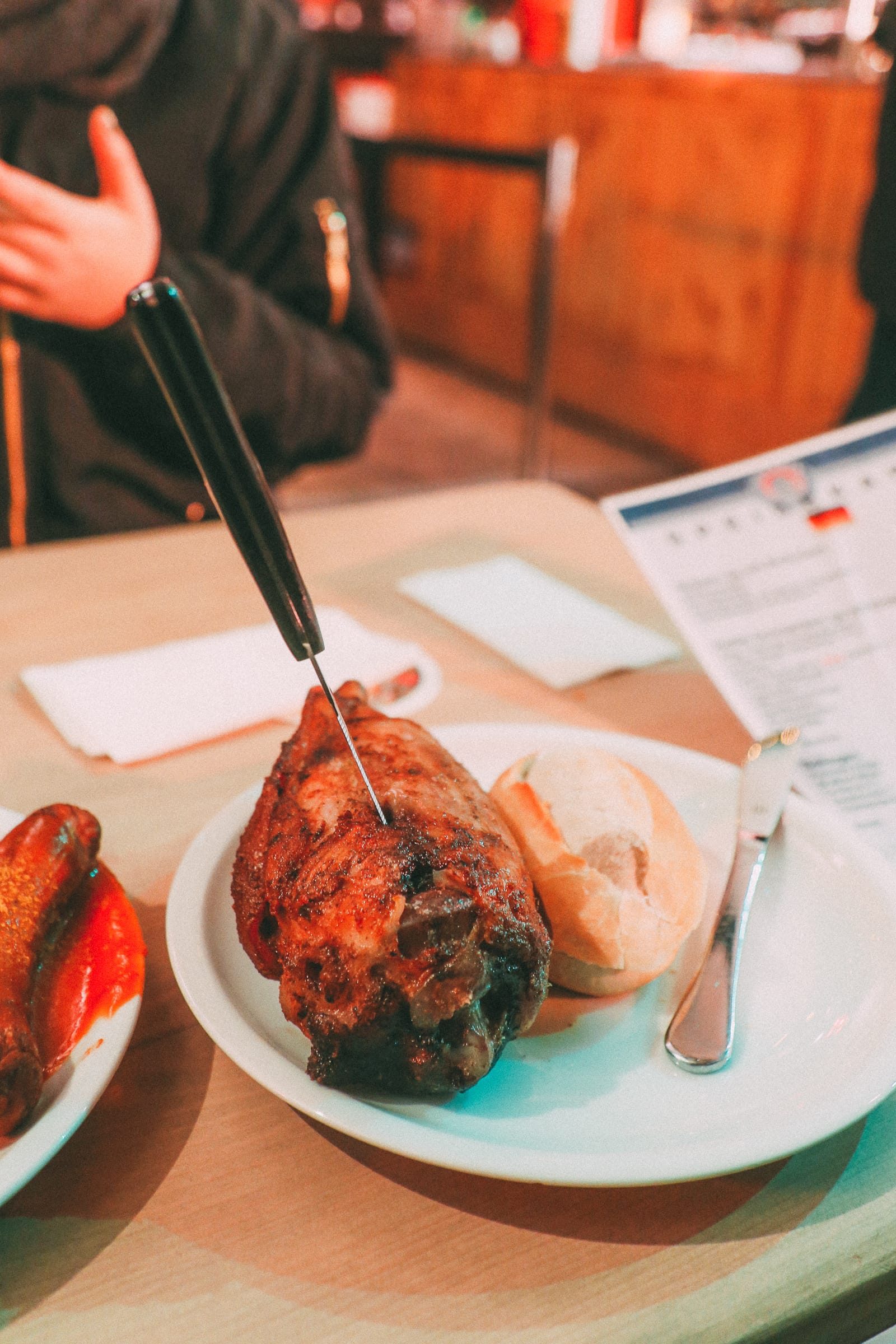 The pork is far too big for just one person (don’t let that stop you from trying though) and goes down a treat with a side of fries and beer (though it does come with a bread roll).

We were soon joined by my friend from my days at Cambridge Uni and, well and truly stuffed, made our way over to another tent where we spent the next few hours indulging in many a gluhwein! 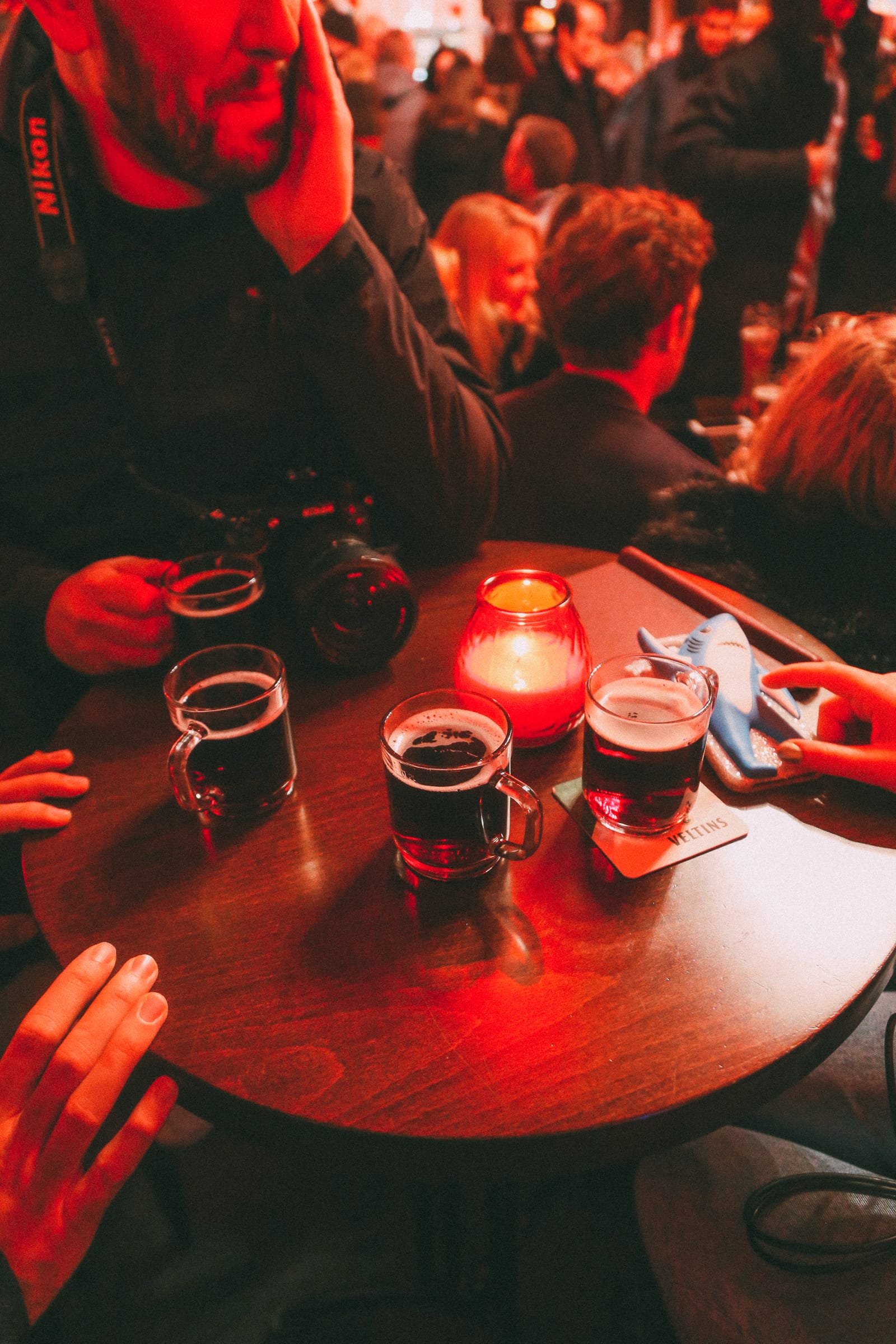 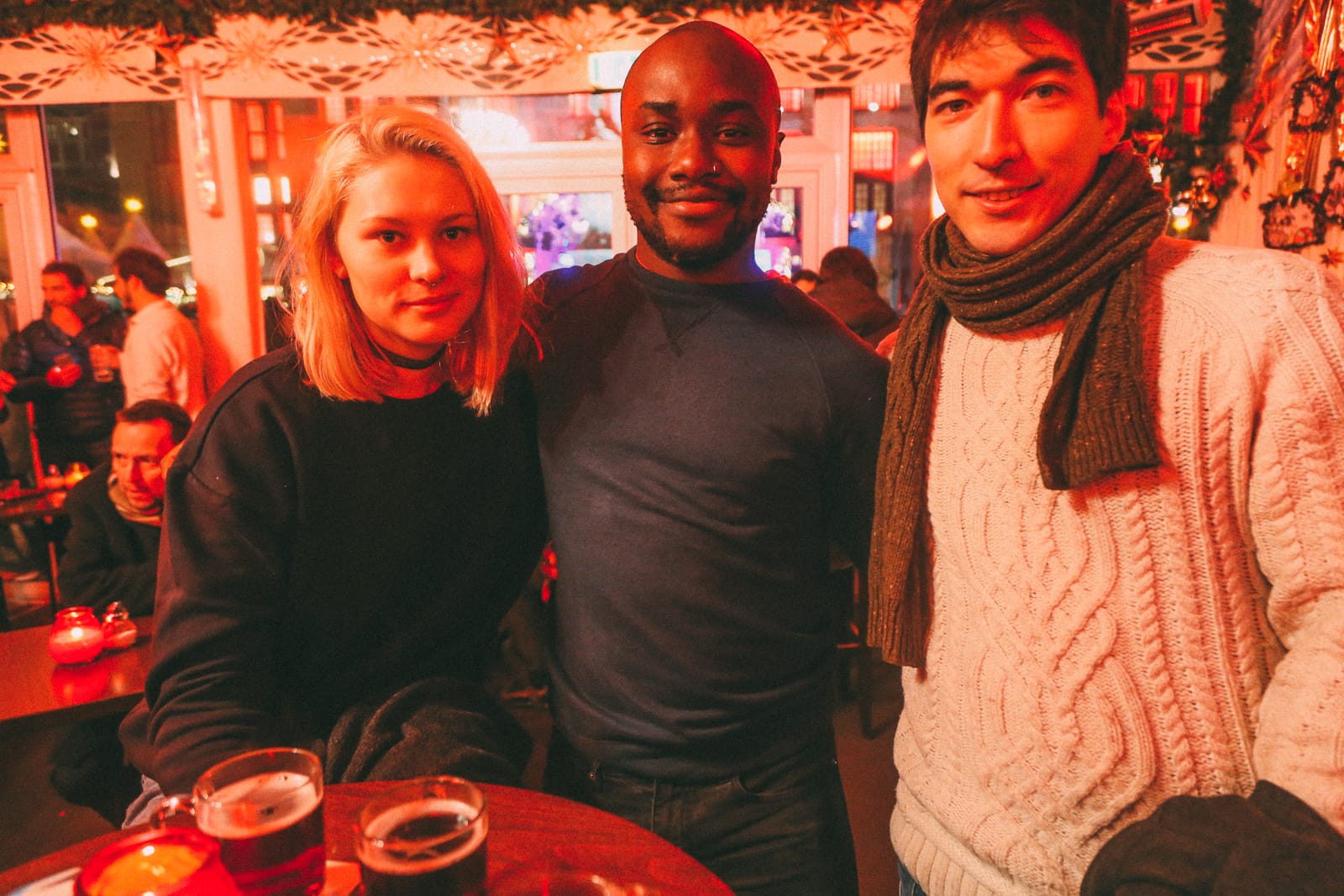 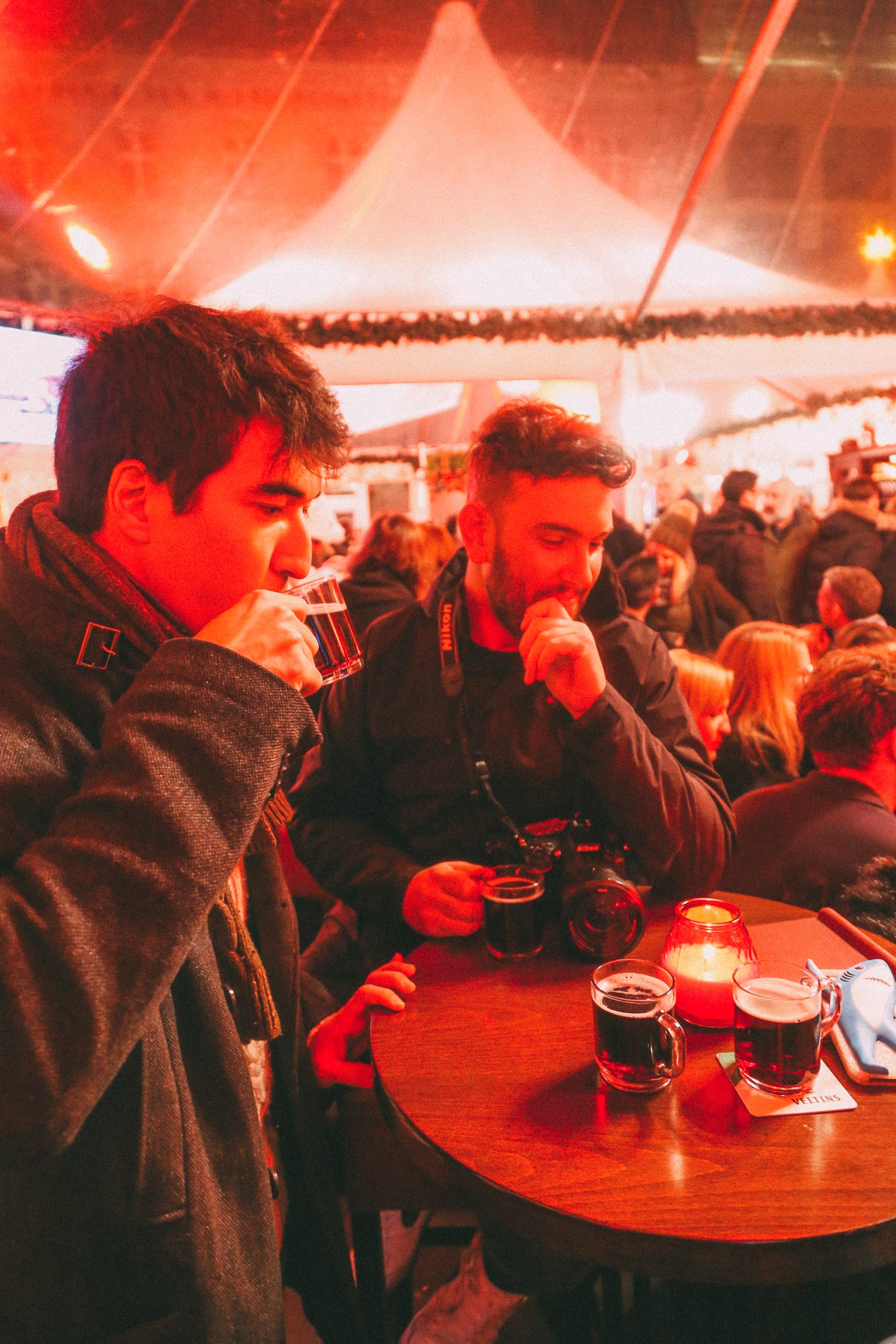 Gluhwein addled, we decided it would be a good idea to sneak in another Christmas market and so off we went to Alexanderplatz where, after a rolled up sweet dessert thing (can’t actually remember the name), it was decided that ice skating and even more gluhwein would be the order of the night (and in that order too, tipsy ice skating makes you more confident, drunk ice skating is just asking for trouble). 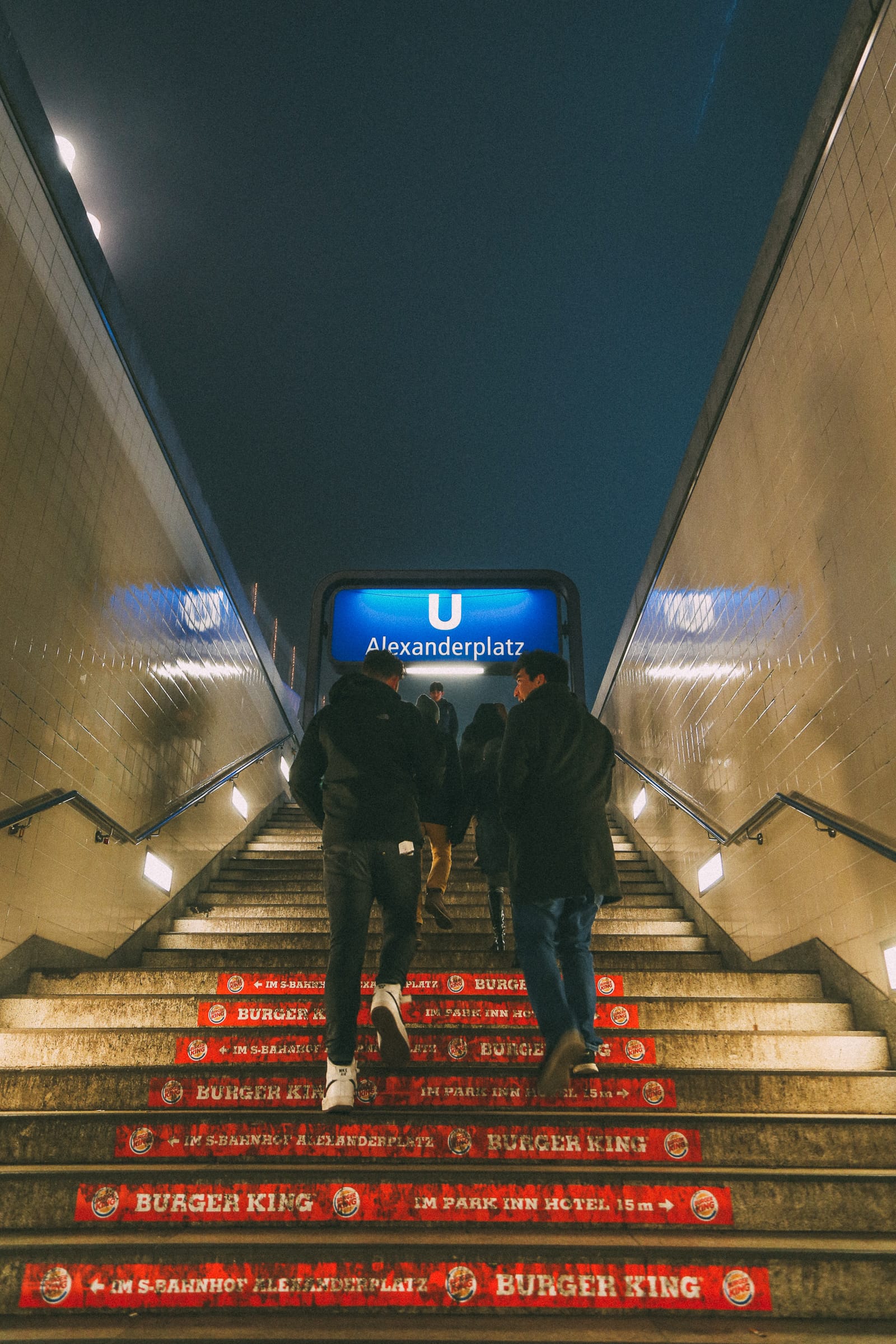 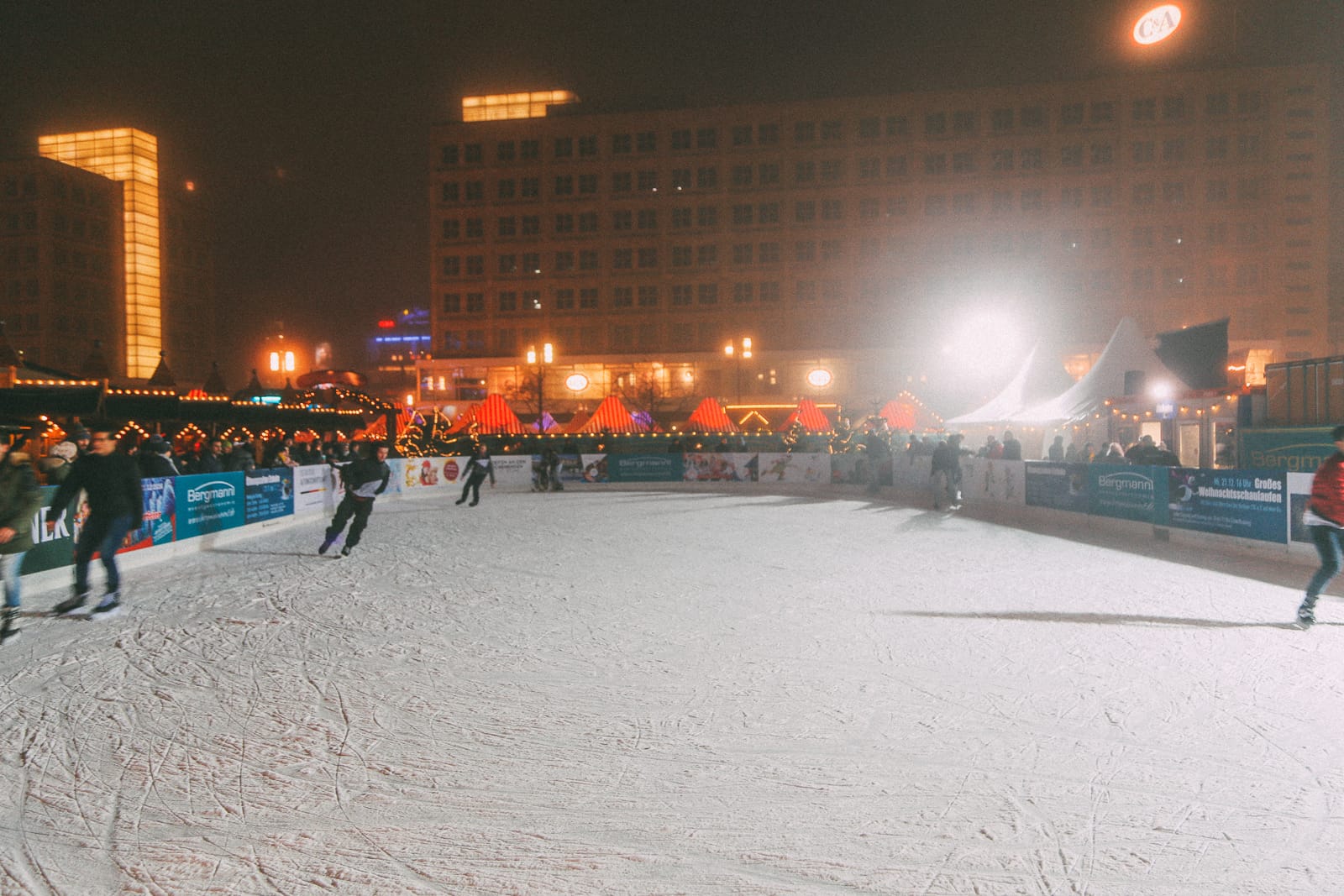 It was at this point, I put down my camera and so that’s about it from this evening!

Suffice to say, when you find yourself in Berlin at Christmas, be sure to head over to Weihnachtszauber am Gendarmenmarkt. It’s the only one (or at least one of the only ones) you pay to get into but it’s a token fee of £1 (you pay in cash so bring some spare change with you) and it’s totally worth it for a fun evening (or at least, the start of it) in Berlin! 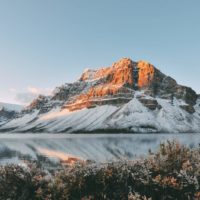 17 Very Best Things To Do In Alberta, Canada 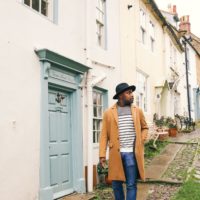 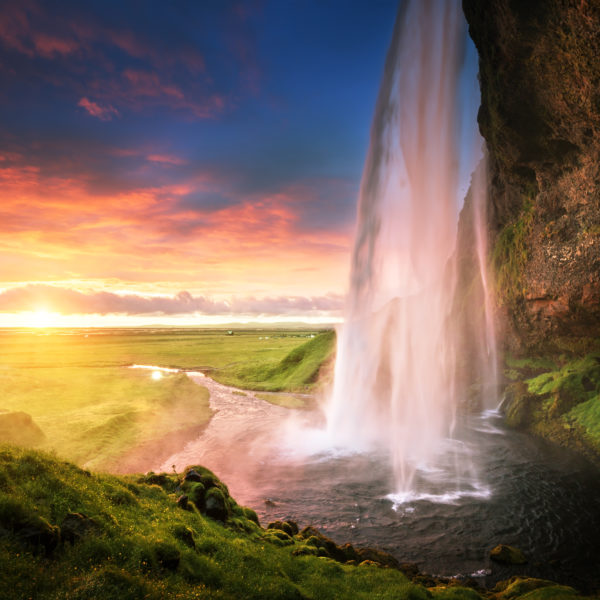 8 Essential Items To Pack On A Winter Trip To Iceland! 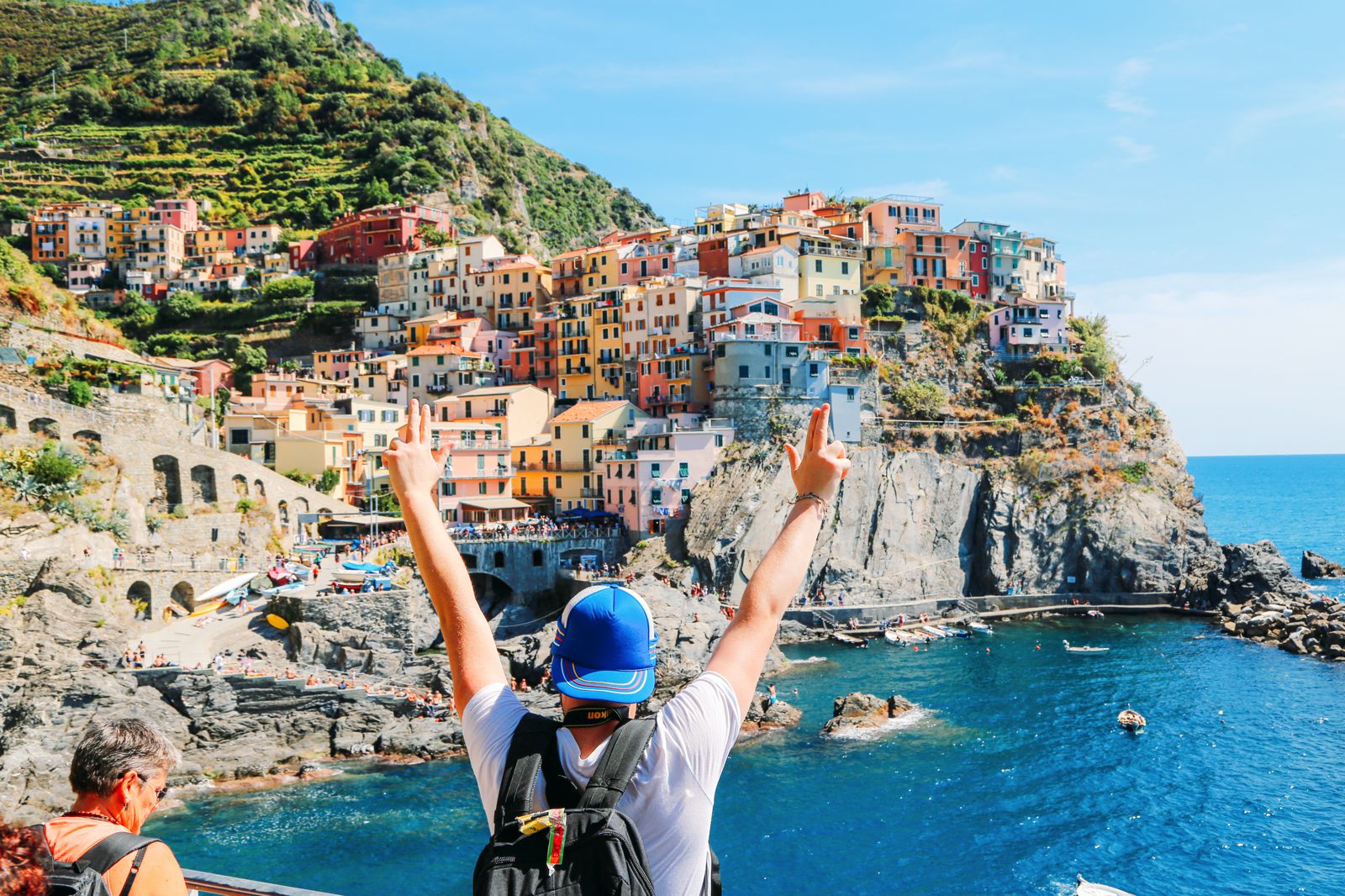 What’s It Like To Drive Across Italy In A Week In A Rickshaw? 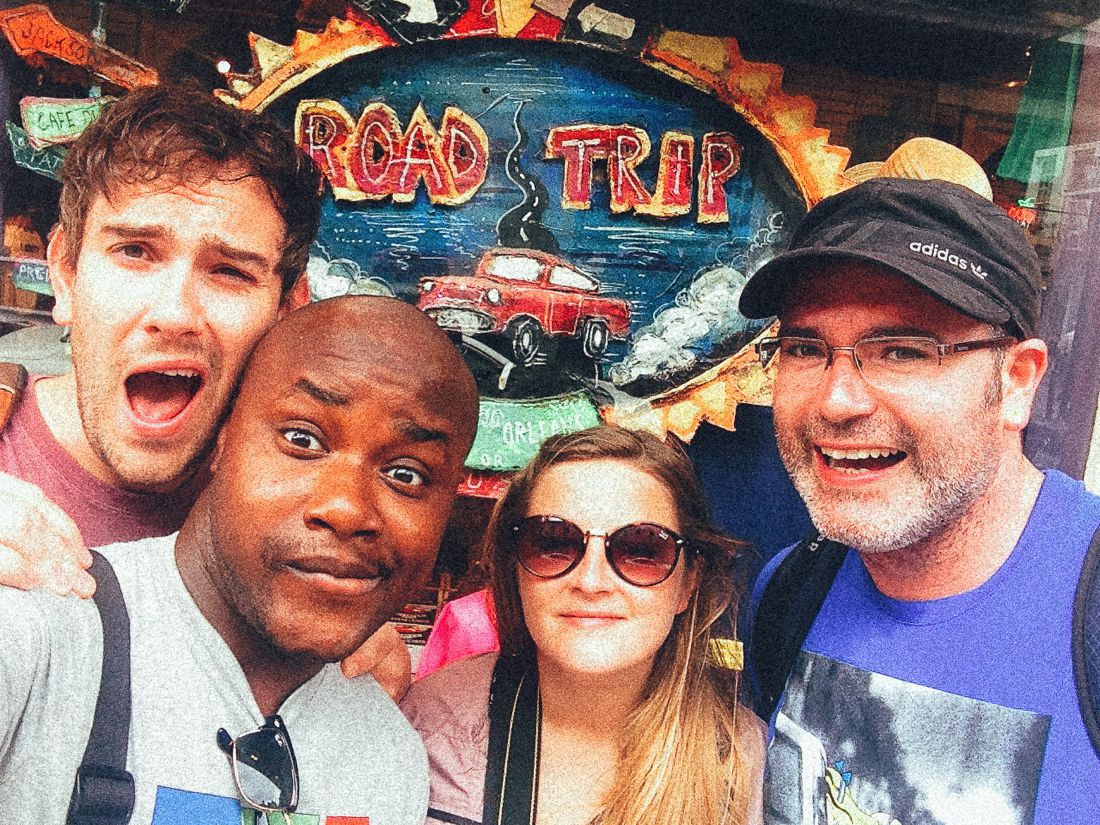 12 Essential Things You Need To Take On Your Road Trip!