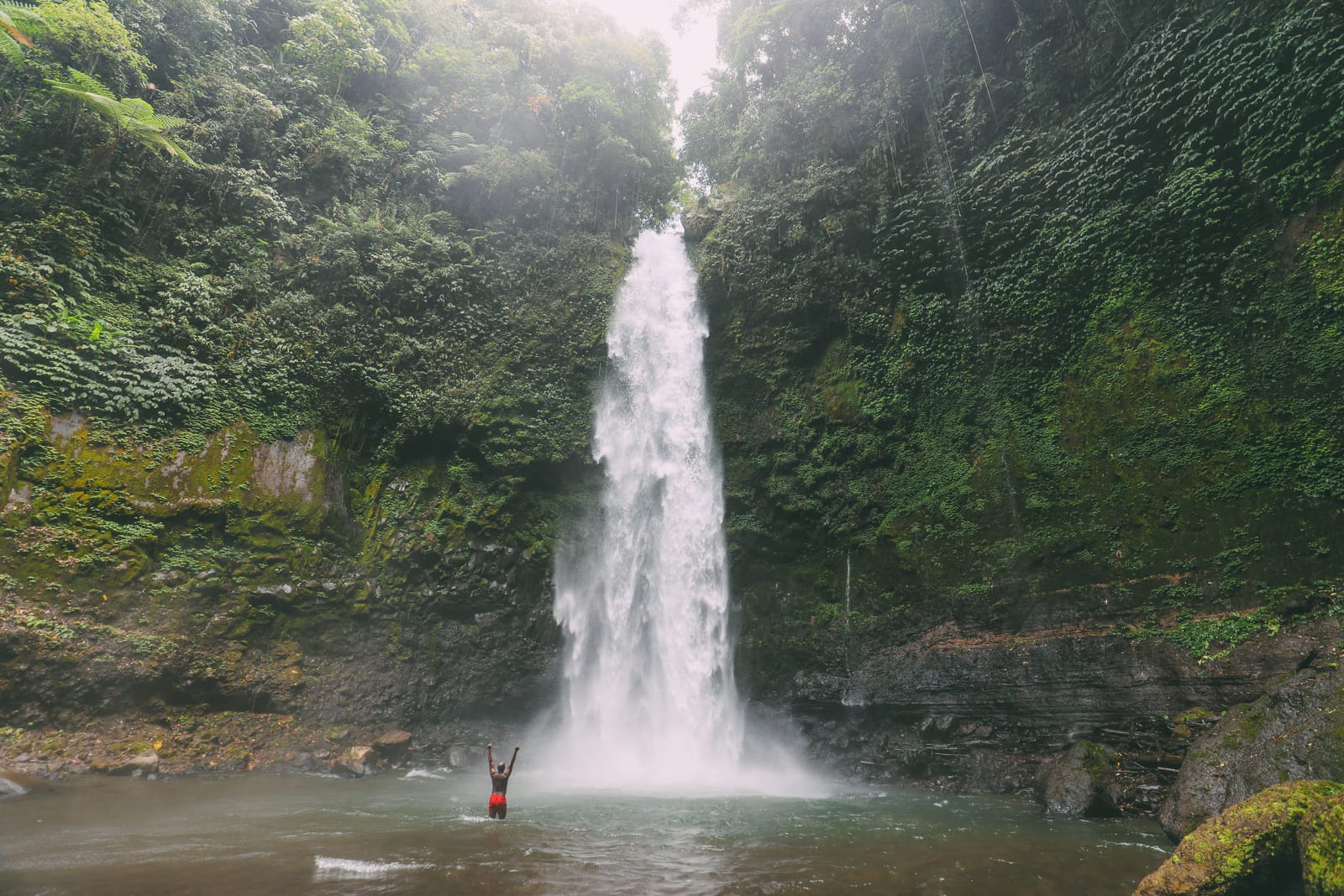 After a day off spent doing not much but relaxing, visiting the Monkey forest and getting two massages – the latter of which was a Thai massage where someone walks all over you (Oh, how I hurt the next day!), we decided to start our trip around the island with a visit to Nungnung waterfalls.

See, in Bali, we had adopted a one-day-on, one-day-off plan for exploring the island. A day spent hiking and trekking to the sights would be followed by another day with no plans whatsoever but to just chill. 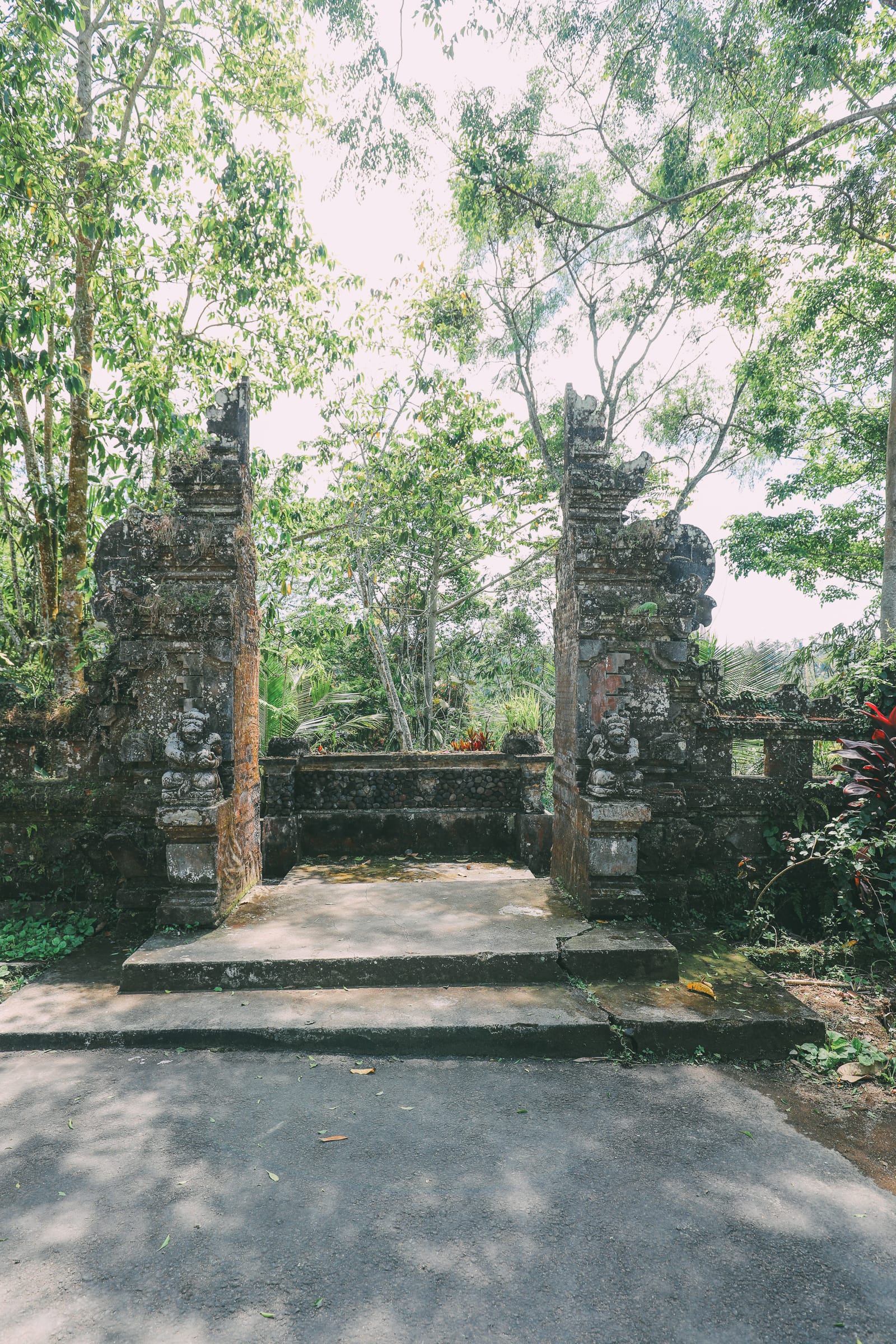 Following a hike down-hill into the forest (this time with a much clearer path than this other waterfall here), one where you you know the ease of walking downhill would be met by a tedious uphill walk on the way back, we arrived at Nungnung. 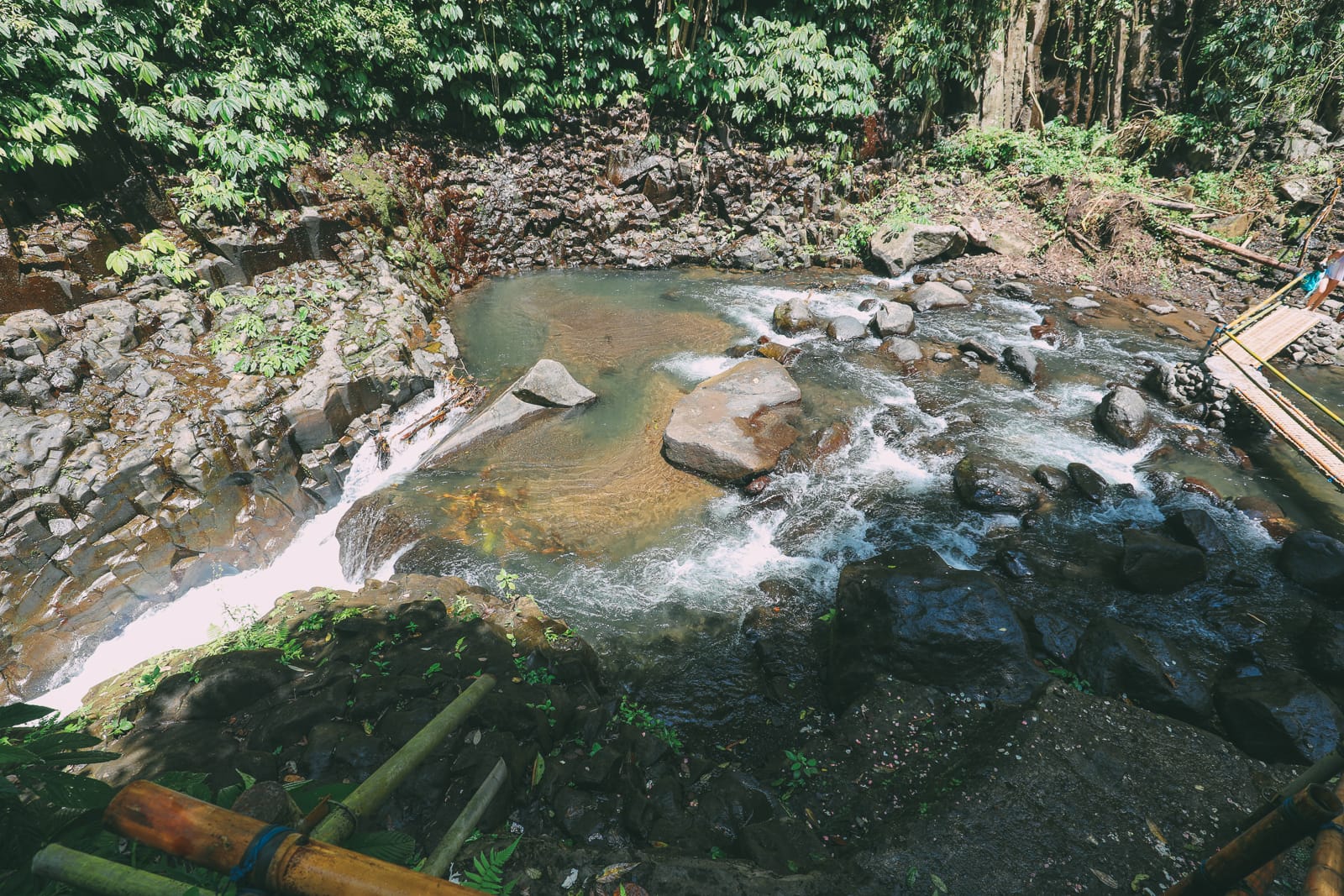 Nungnung waterfall is the stuff of tropical waterfall dreams!

Surprising, despite the relative popularity of Nungnung waterfall, there weren’t too many people around. I’d expected throngs of travellers looking to take in the amazing sight of this powerful waterfall (and of course, looking to get that perfect “instagram shot” for later). 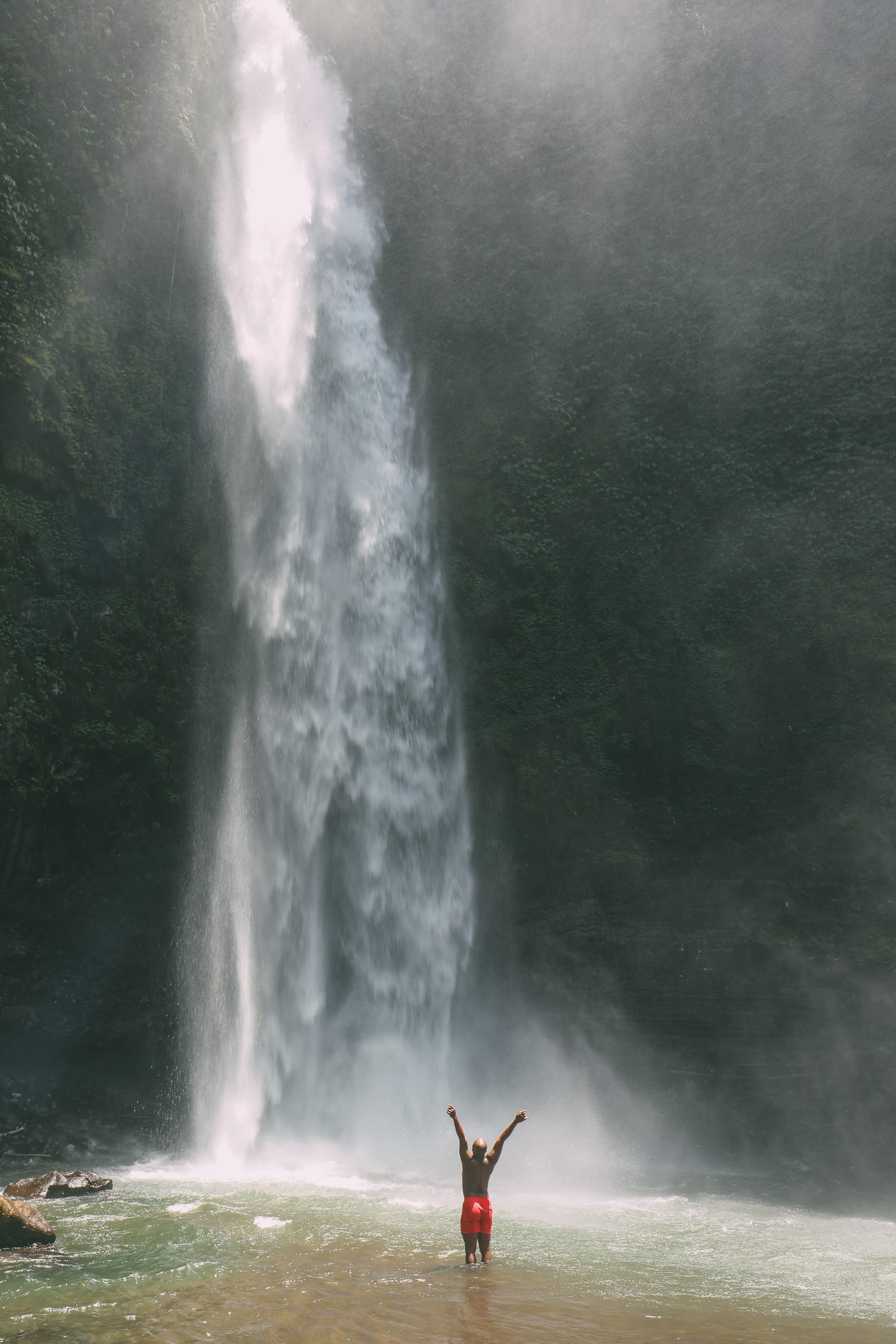 I have to admit, crowds don’t really bother me but arriving here and having it almost to ourselves felt pretty special! 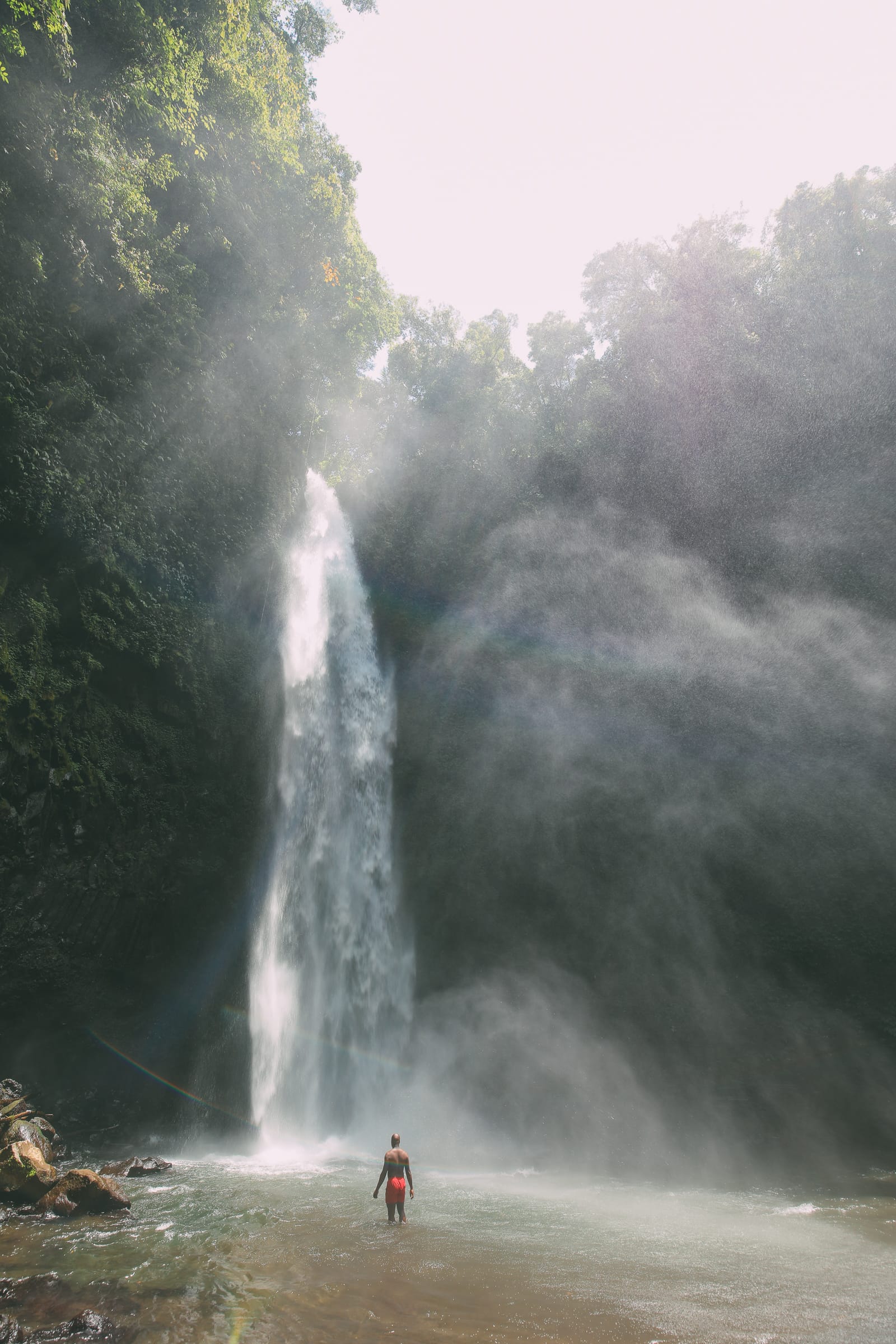 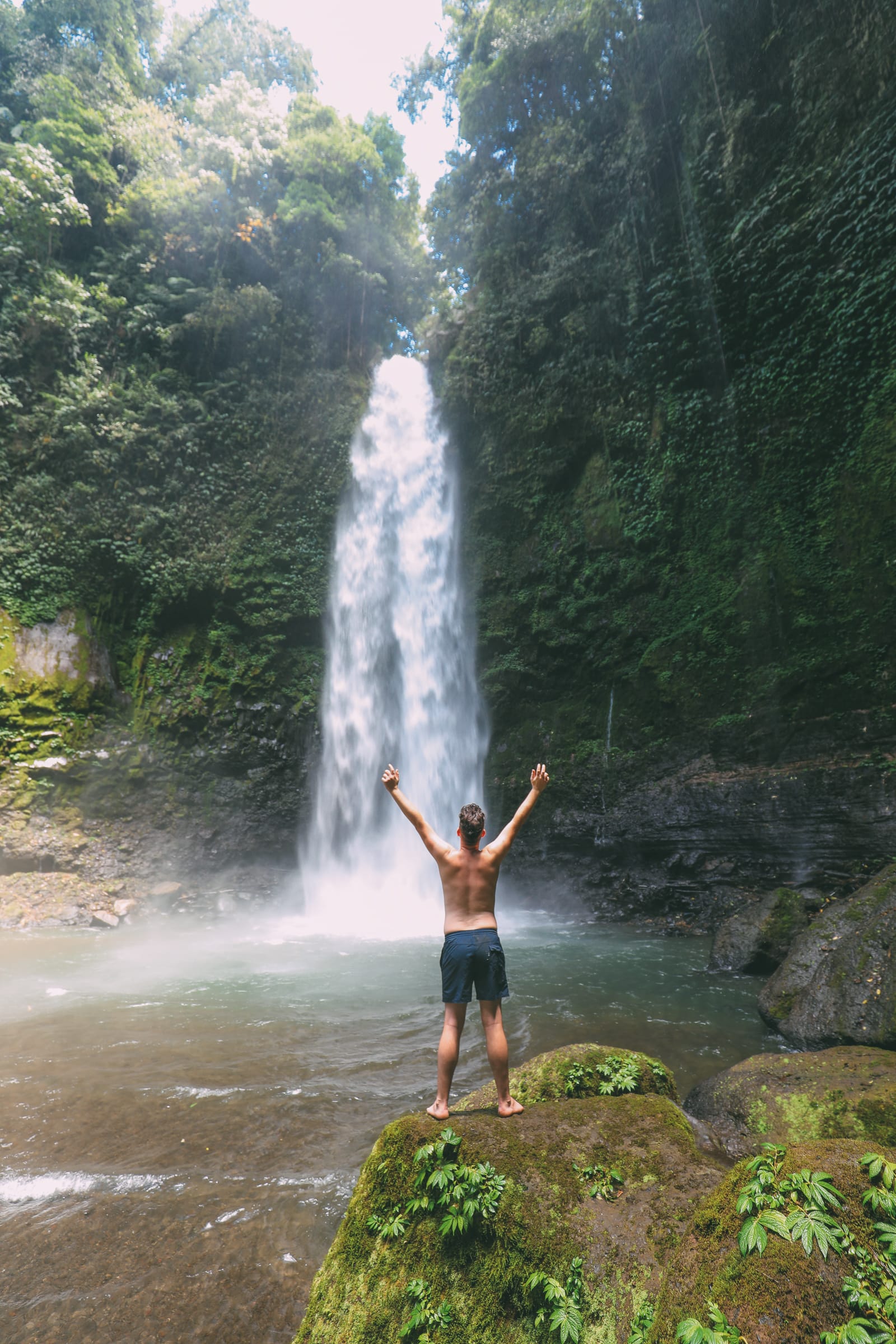 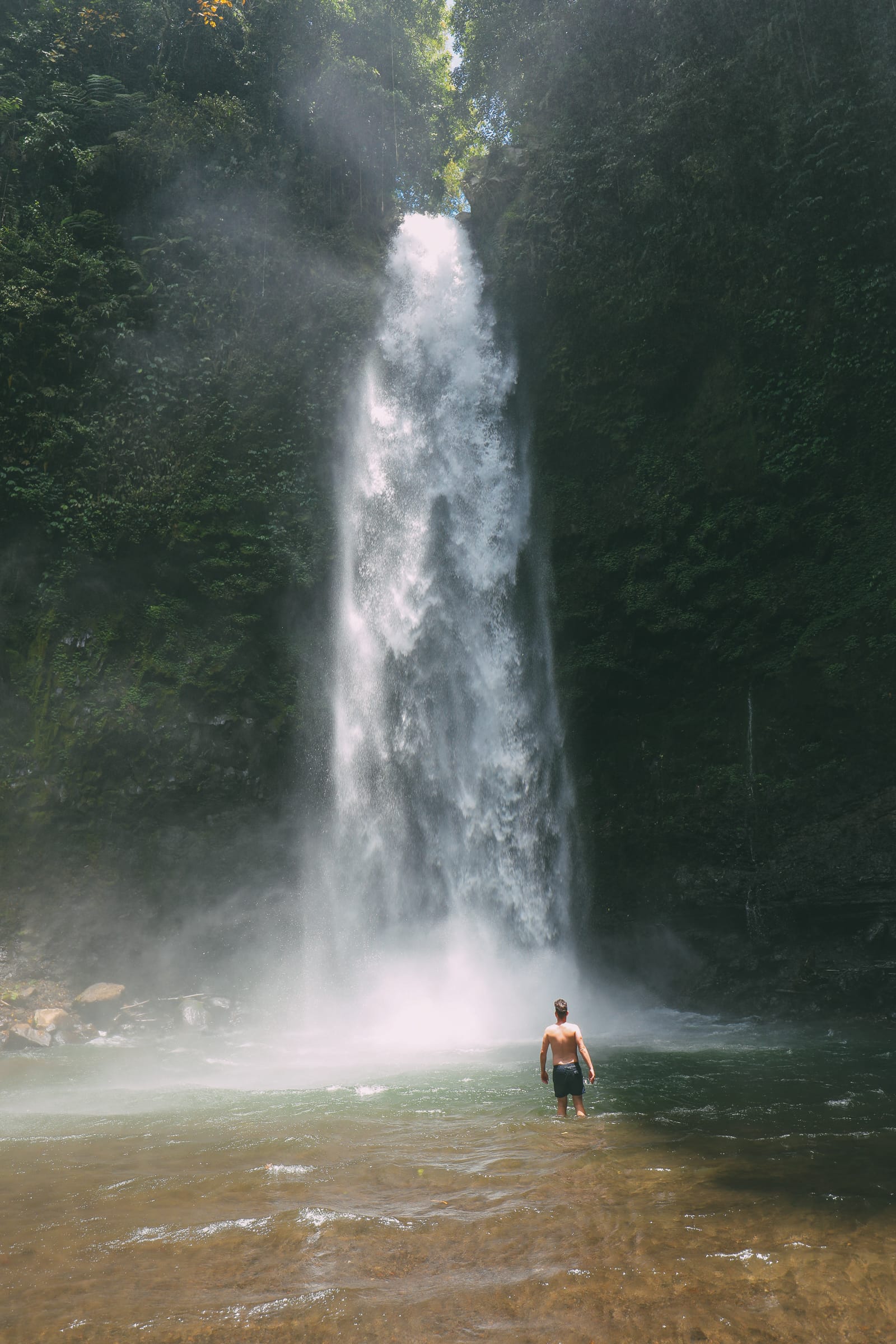 The waterfall is also particularly strong and so everything you bring here with you is bound to be covered in spray! Suffice to say, bringing a waterproof bag is a good call here. 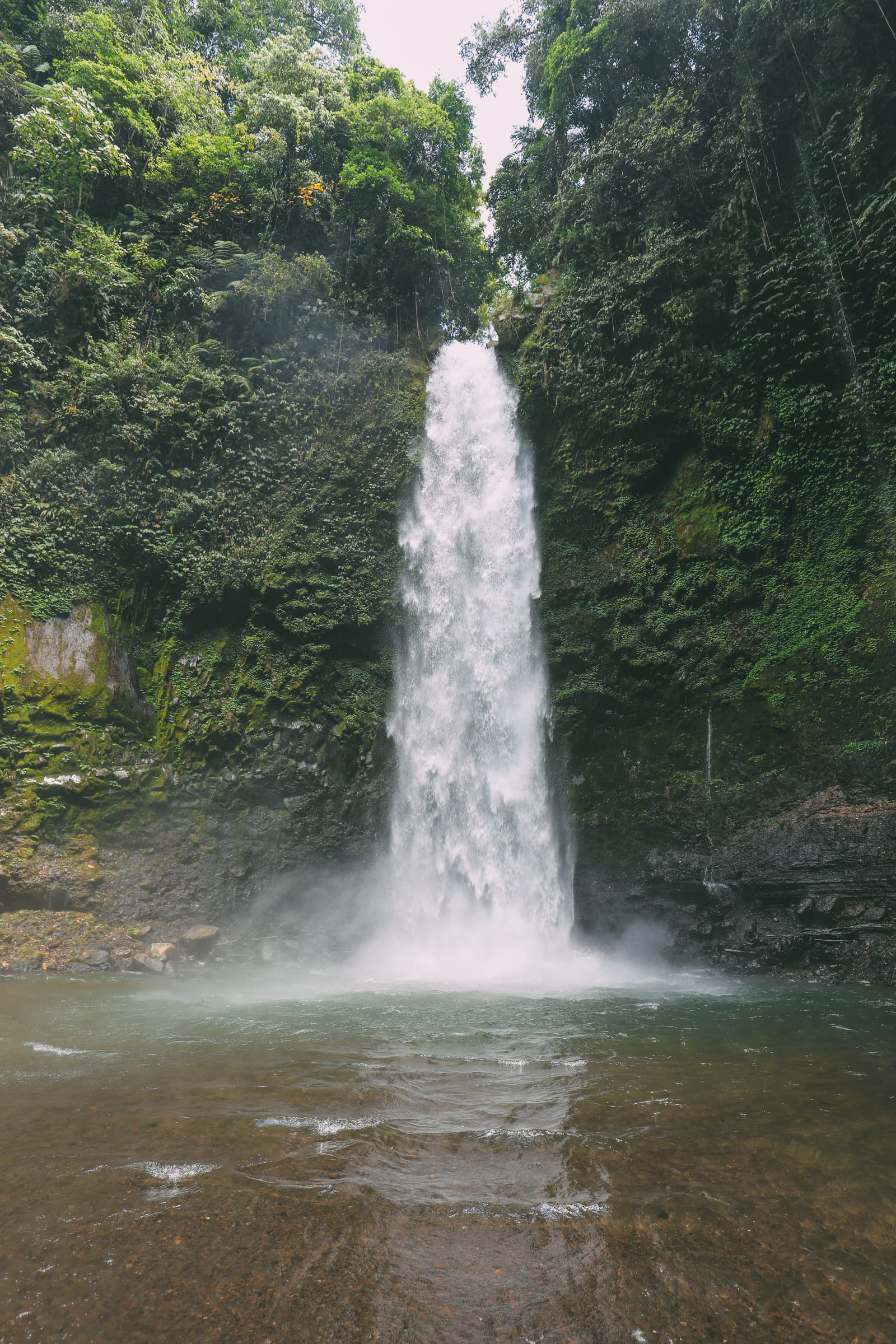 We spent the next hour or so pretty much getting soaked by the waterfall from all angles and absolutely loving it!

The sun darted in and out of the clouds, almost like it was playing hide and seek which turned out to be perfect for visiting the waterfalls as the atmosphere changed dramatically with each appearance and disappearance of the sun. 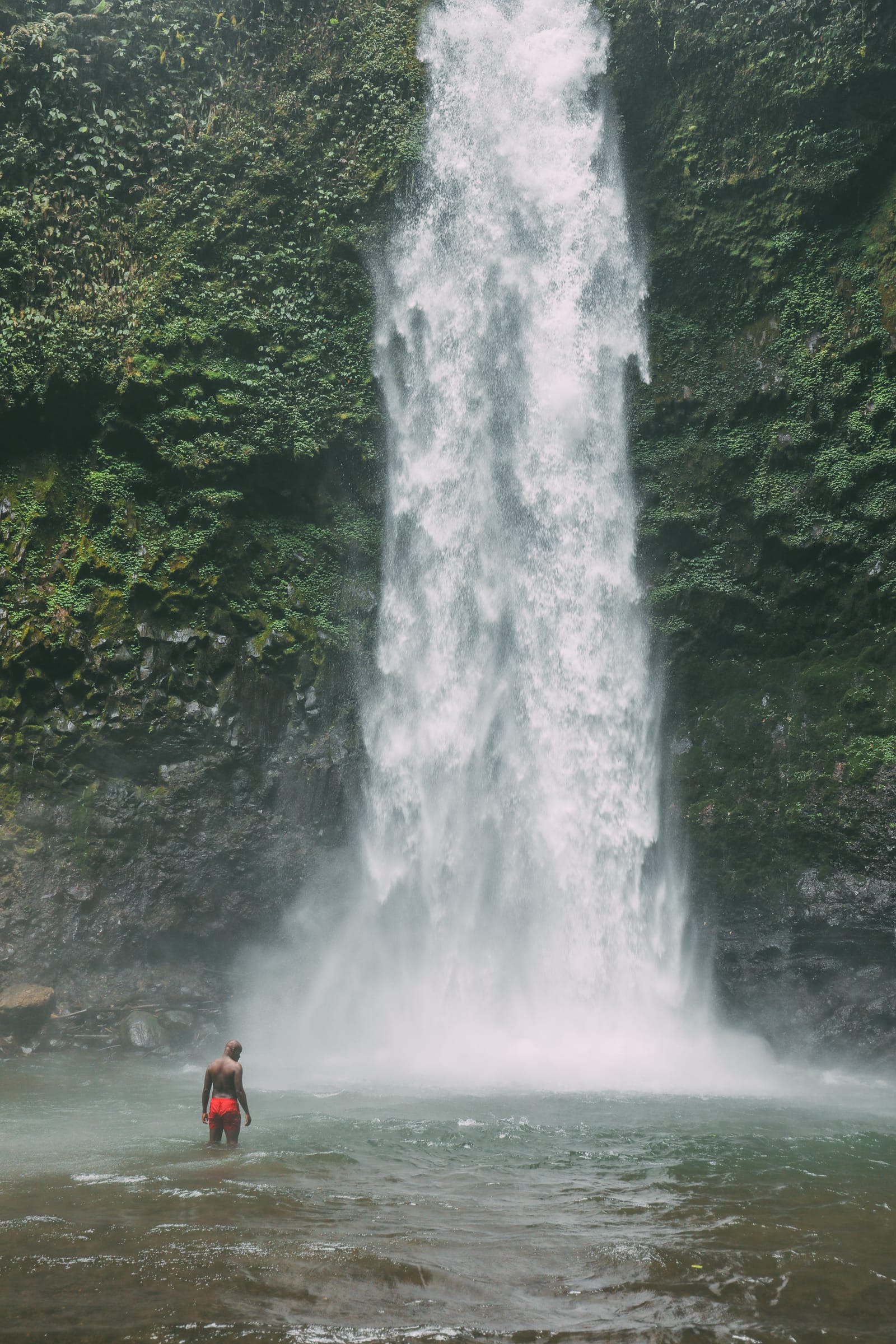 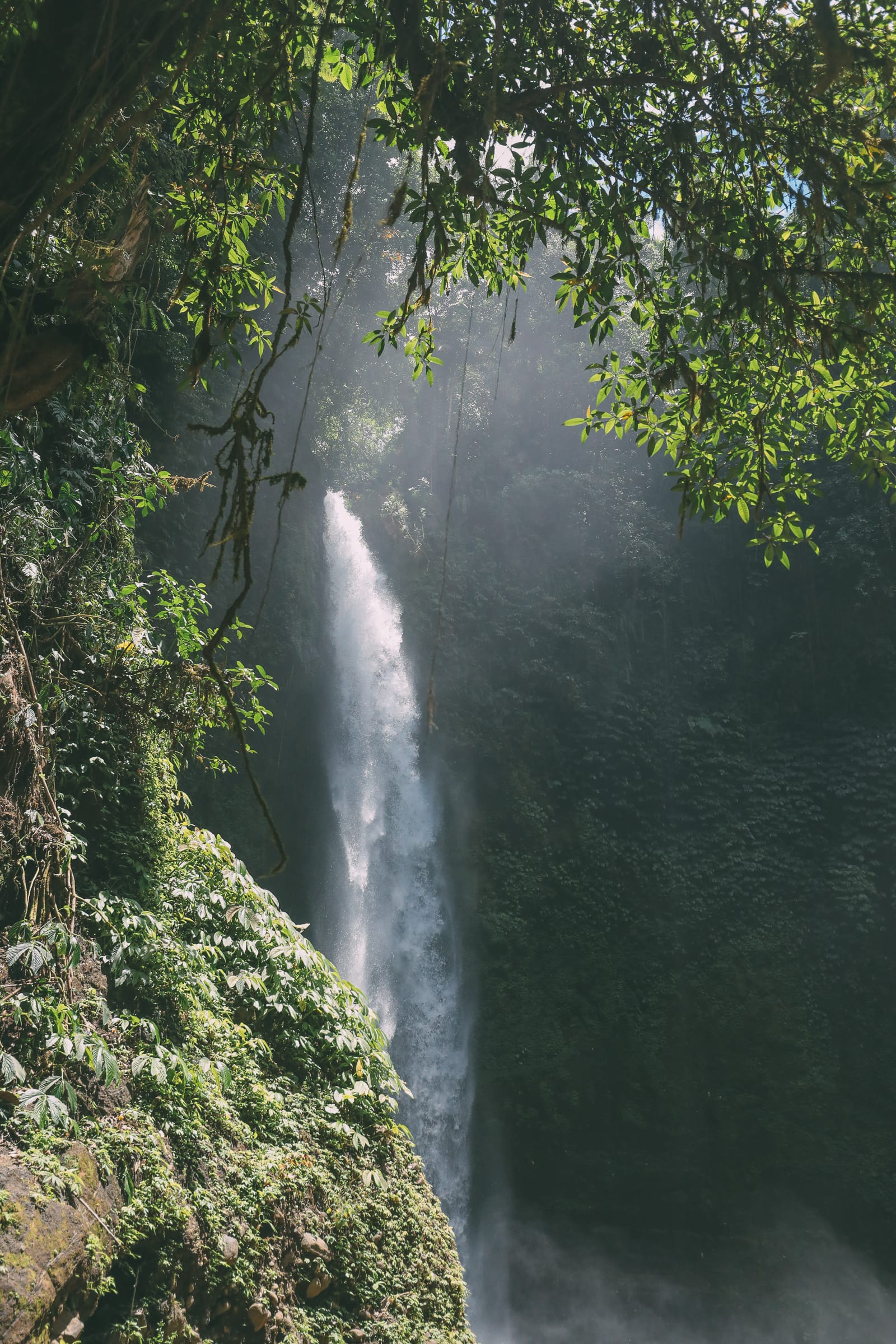 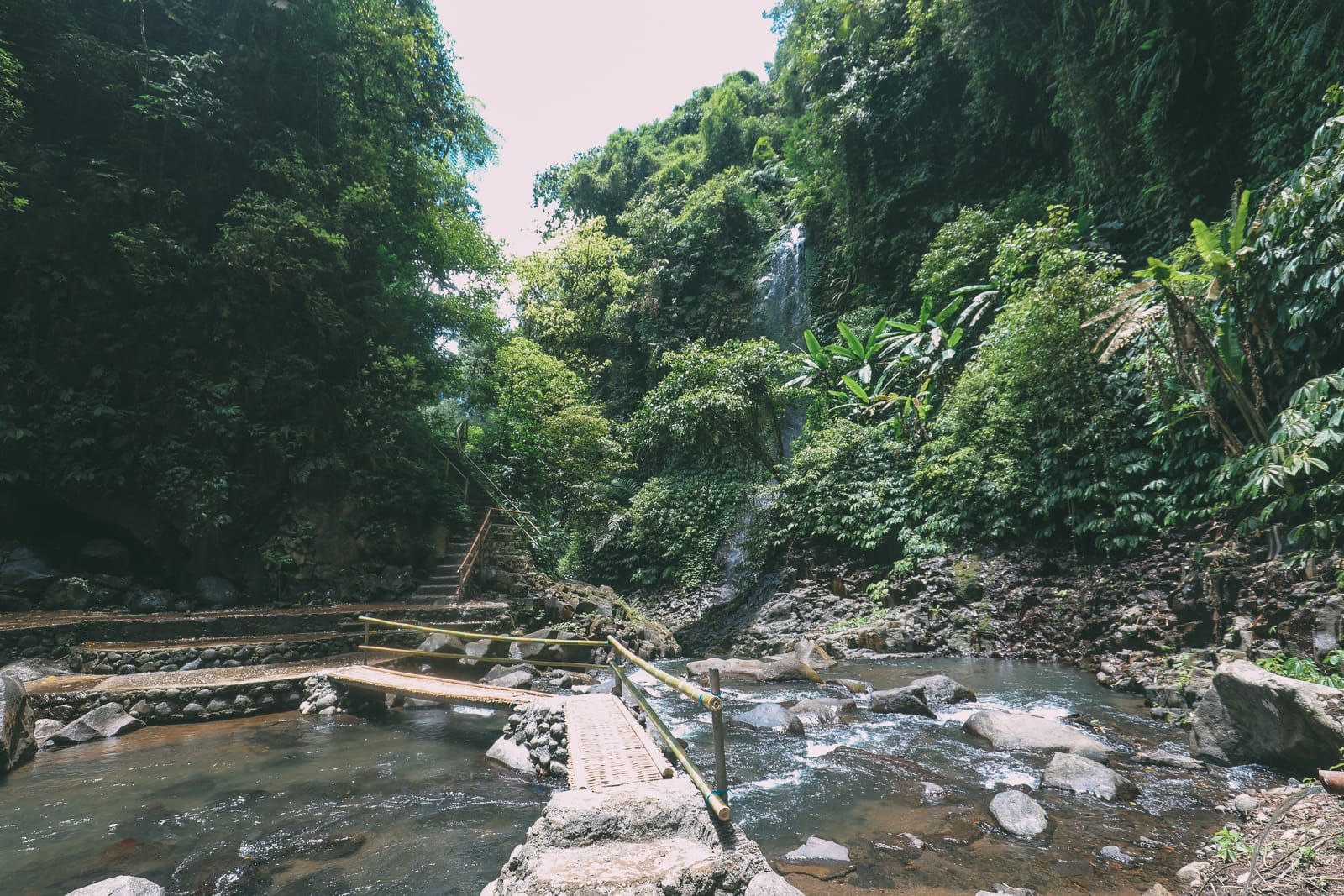 Eventually, we put our proper clothes back on, grabbed our stuff and made our way back uphill to our car where our driver awaited to take us to our next stop. 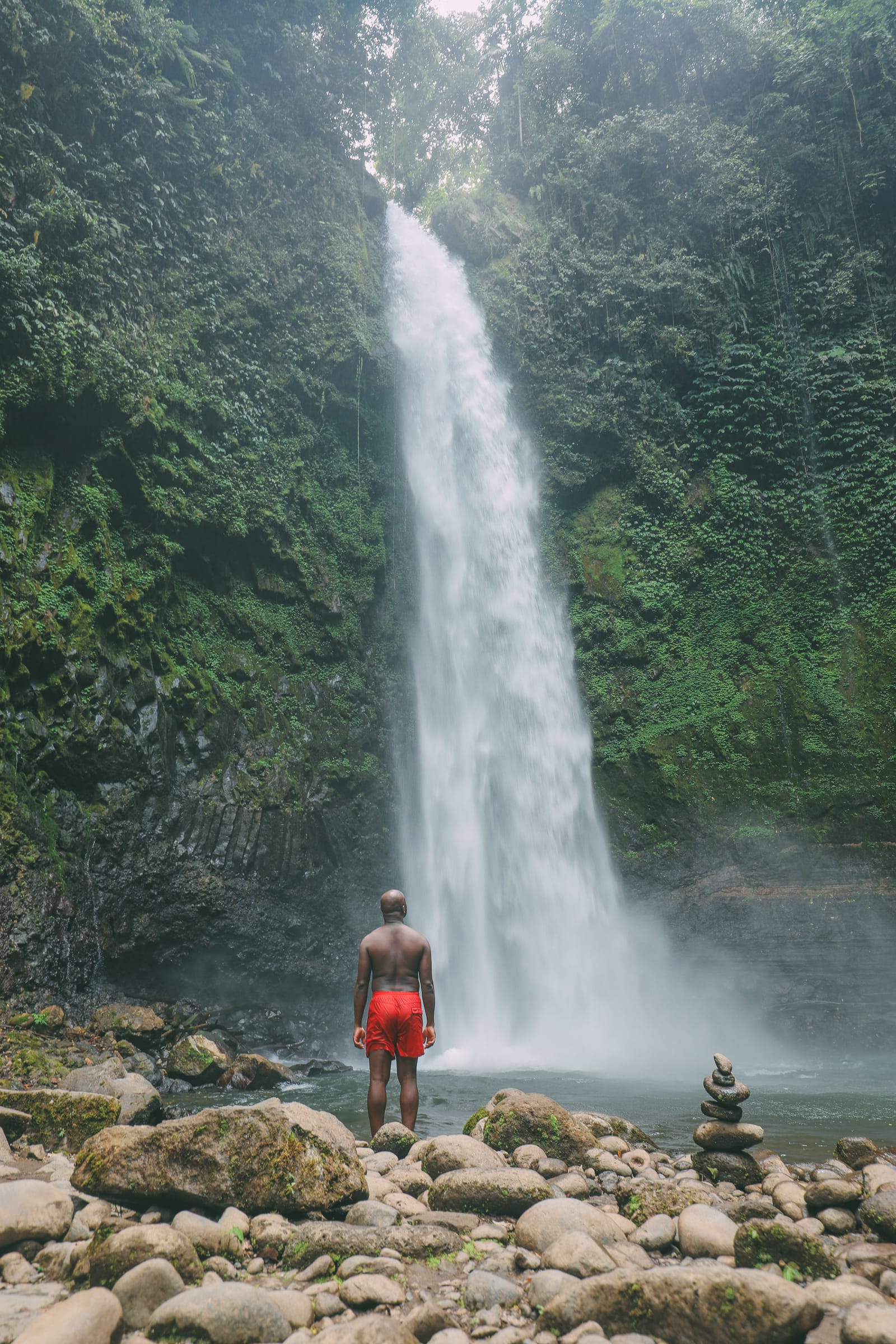 By the time we got up though, the thirst had gotten the better of us that there was nothing for it but a rather full (and very refreshing) fresh coconut. I’ve never really been a fan of coconut water (I find it’s neither here nor there taste-wise) but maybe it was just the thirst or perhaps how amazing this particular coconut was but my gosh did it go down a treat! Absolutely what I needed in that moment.

We drove past Mount Agung (which, back then, was still threatening to erupt but hadn’t quite yet)… 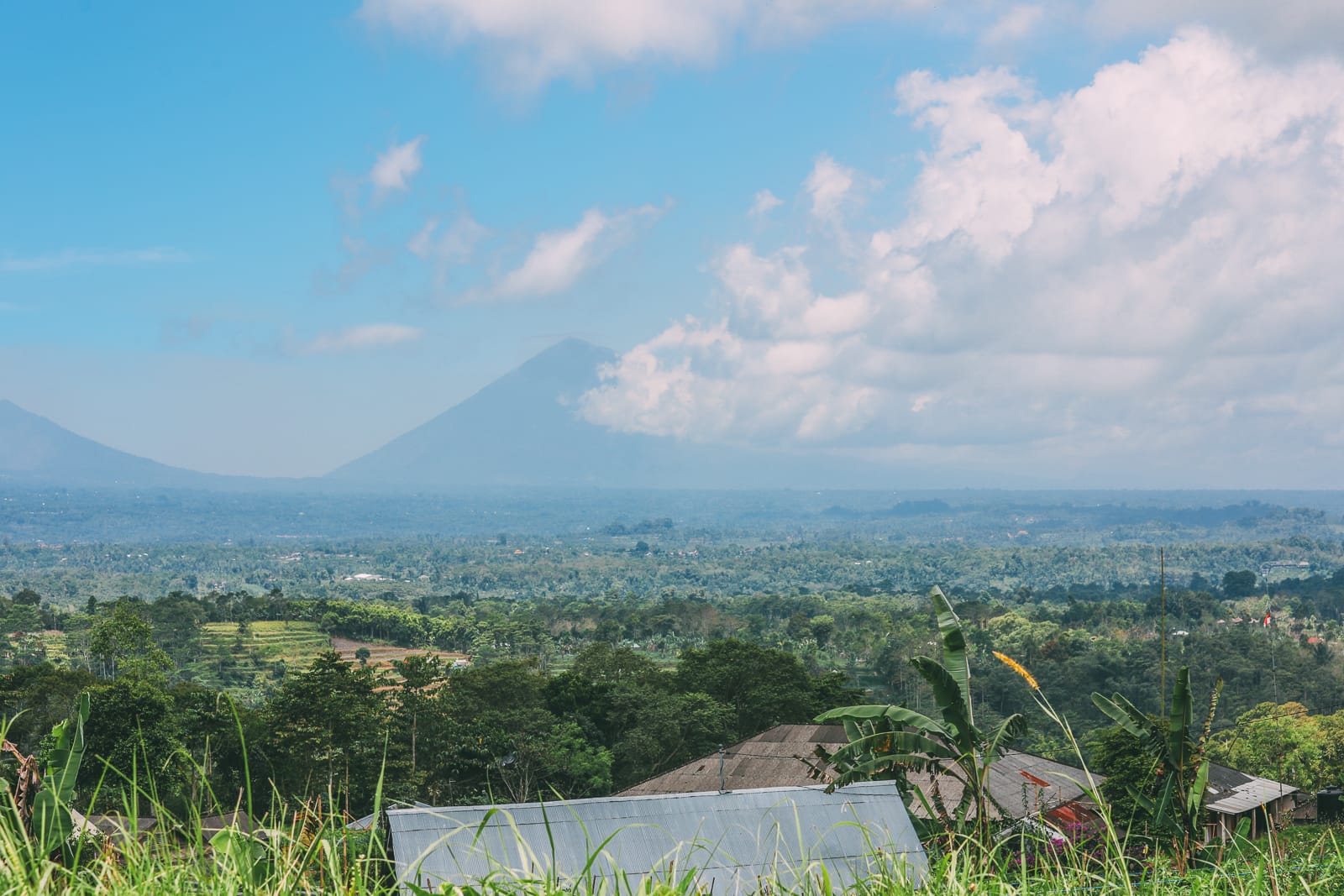 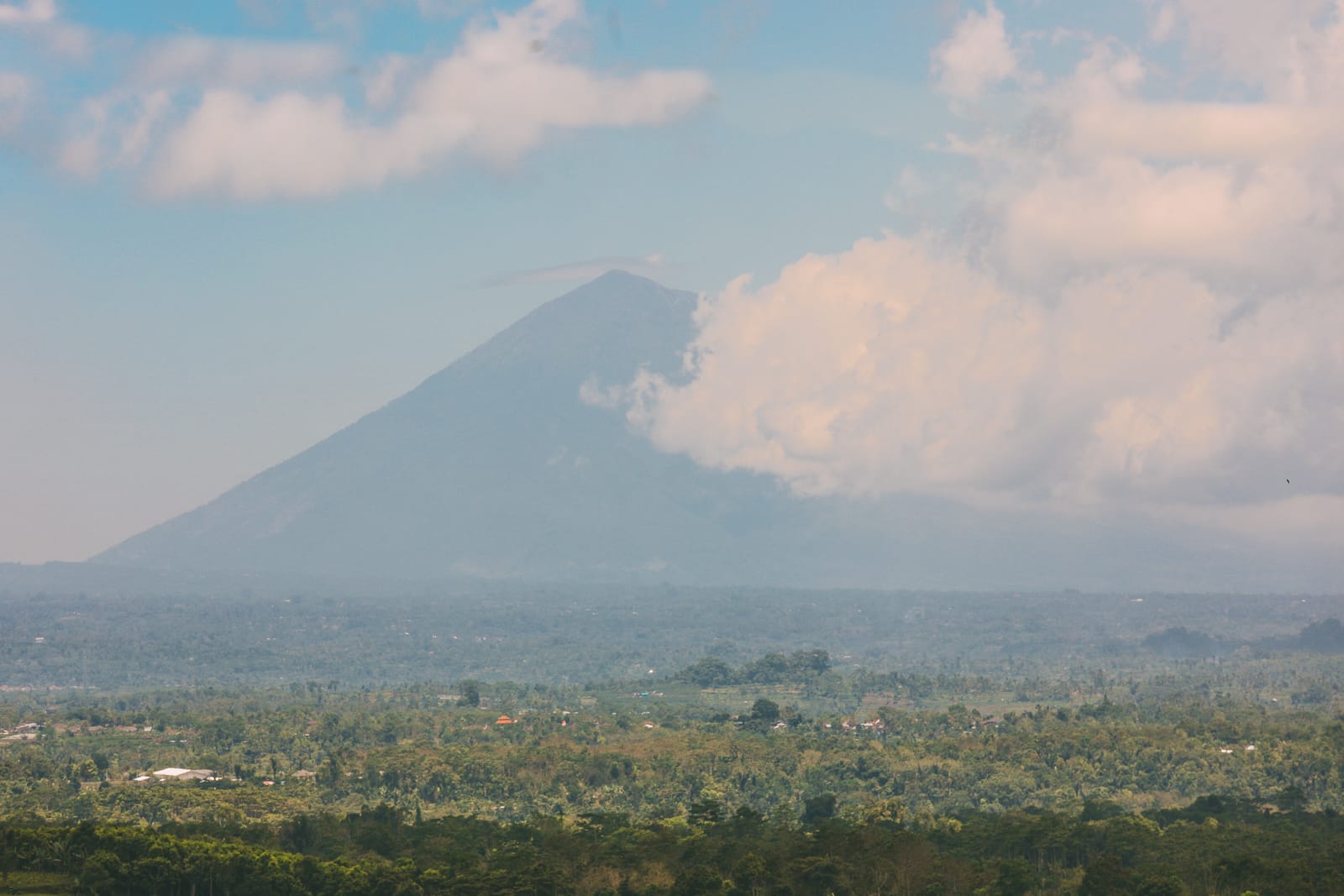 This part of Bali is noticeably cooler as it’s a higher elevation above sea level and is cool enough that you can grow strawberries up here (a fact which totally took me by surprise as strawberries are more temperate fruits than tropical). 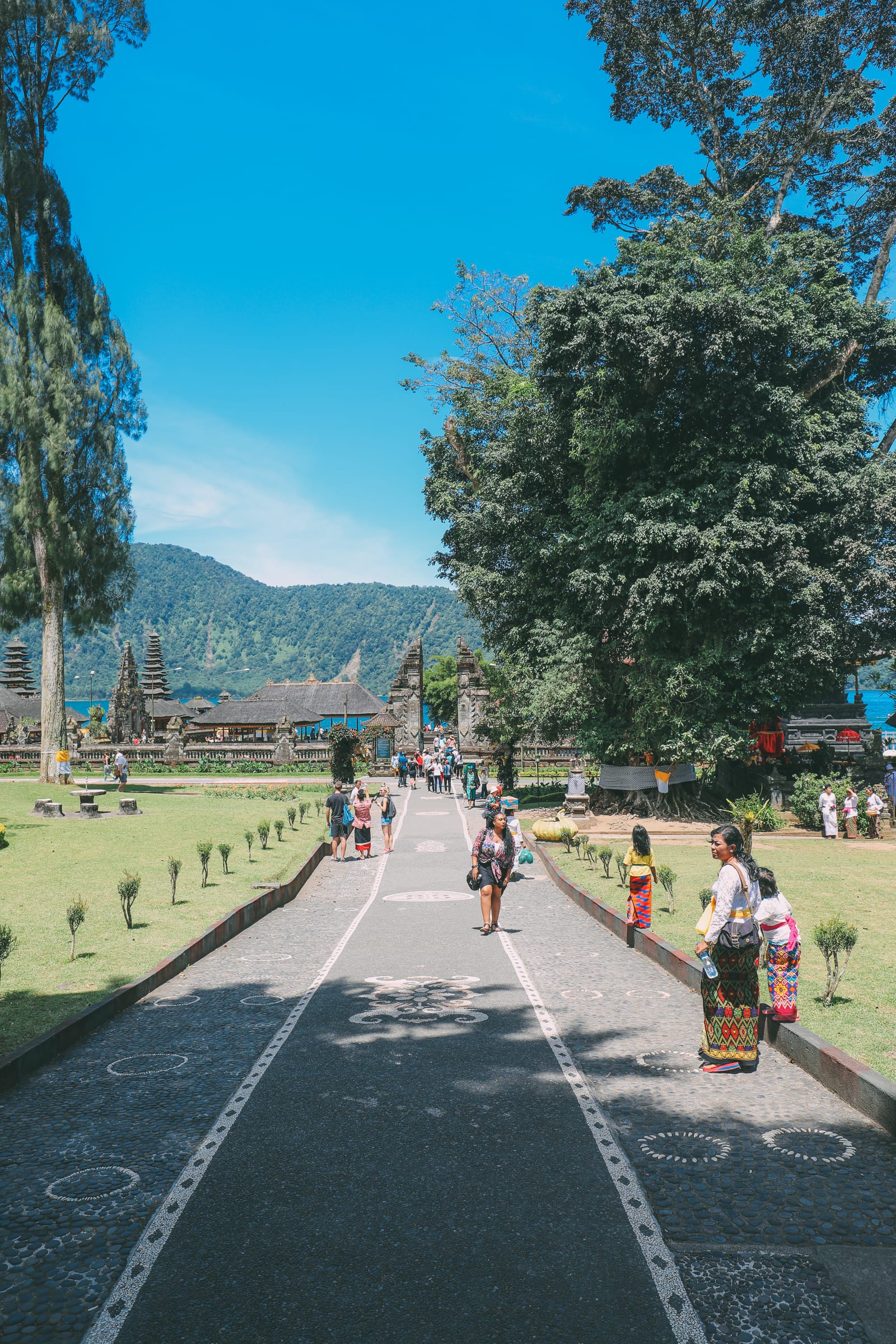 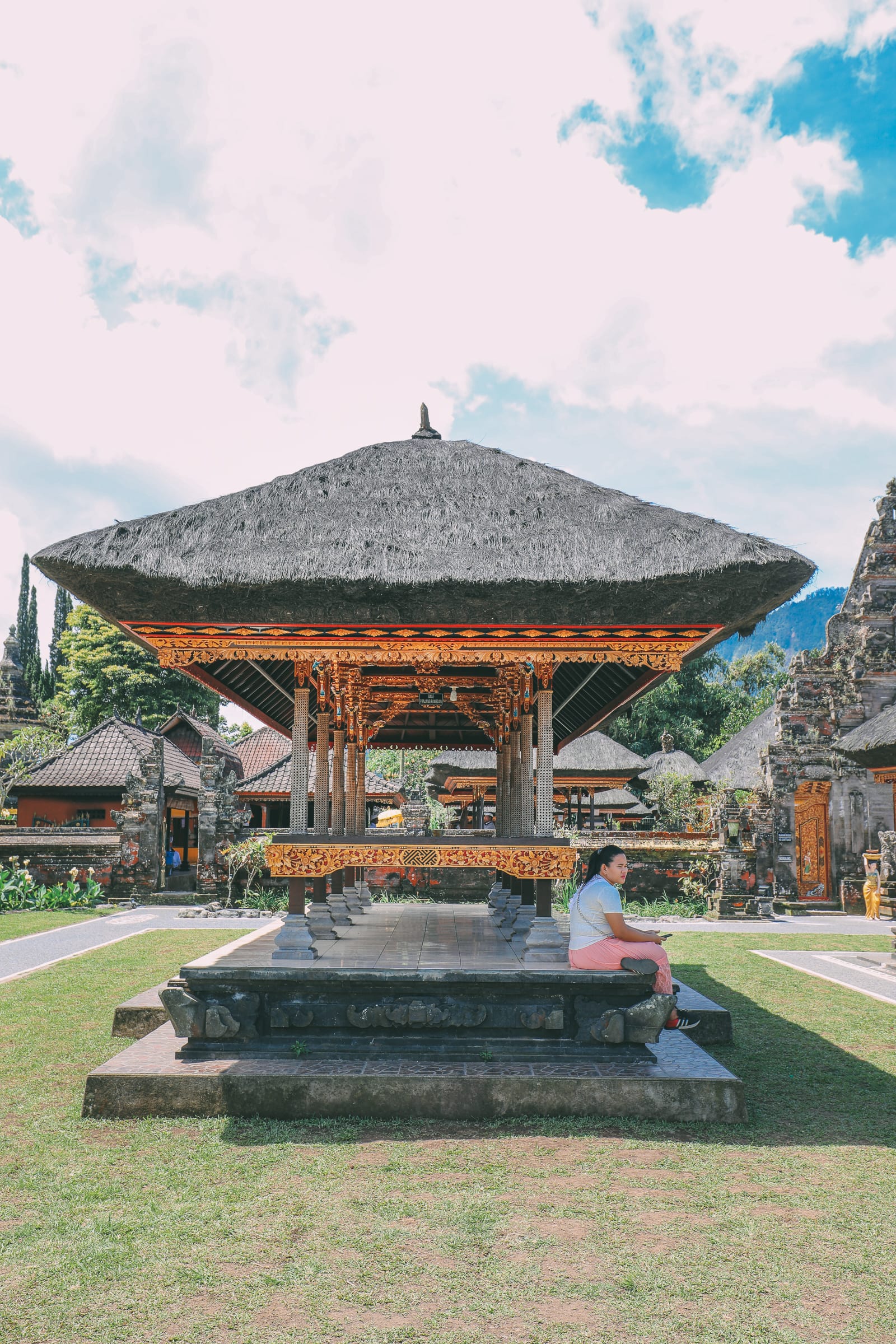 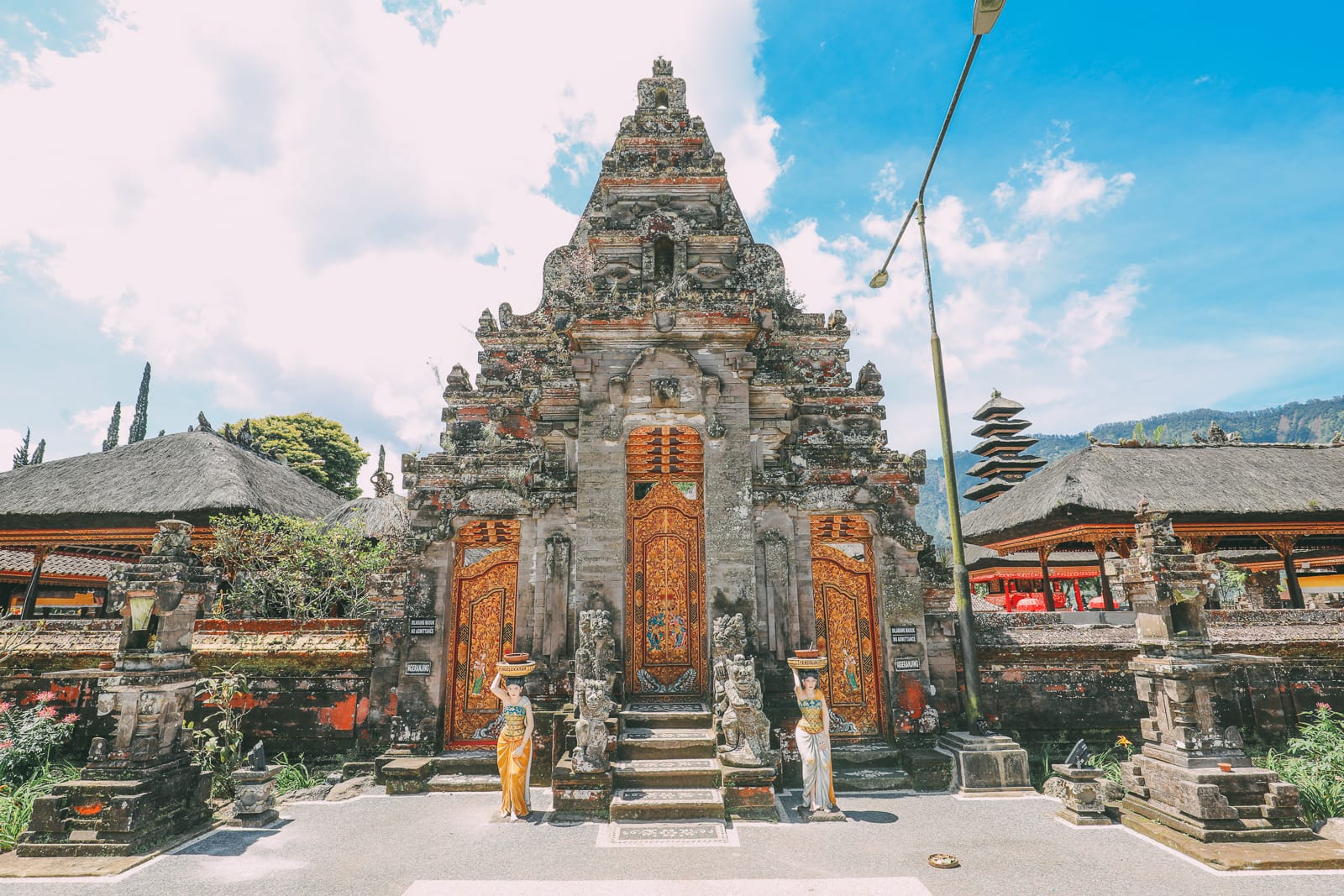 When you visit Pura Bratan, the main place you should make a bee-line for, of course, is the temple sat on the lake. Here you can rent a boat across the lake to take in the view from a differen perspective but a.) we didn’t know that this was an option prior and b.) we had many other plans to squeeze in that day and definitely didn’t plan on spending extra time sailing on the lake. 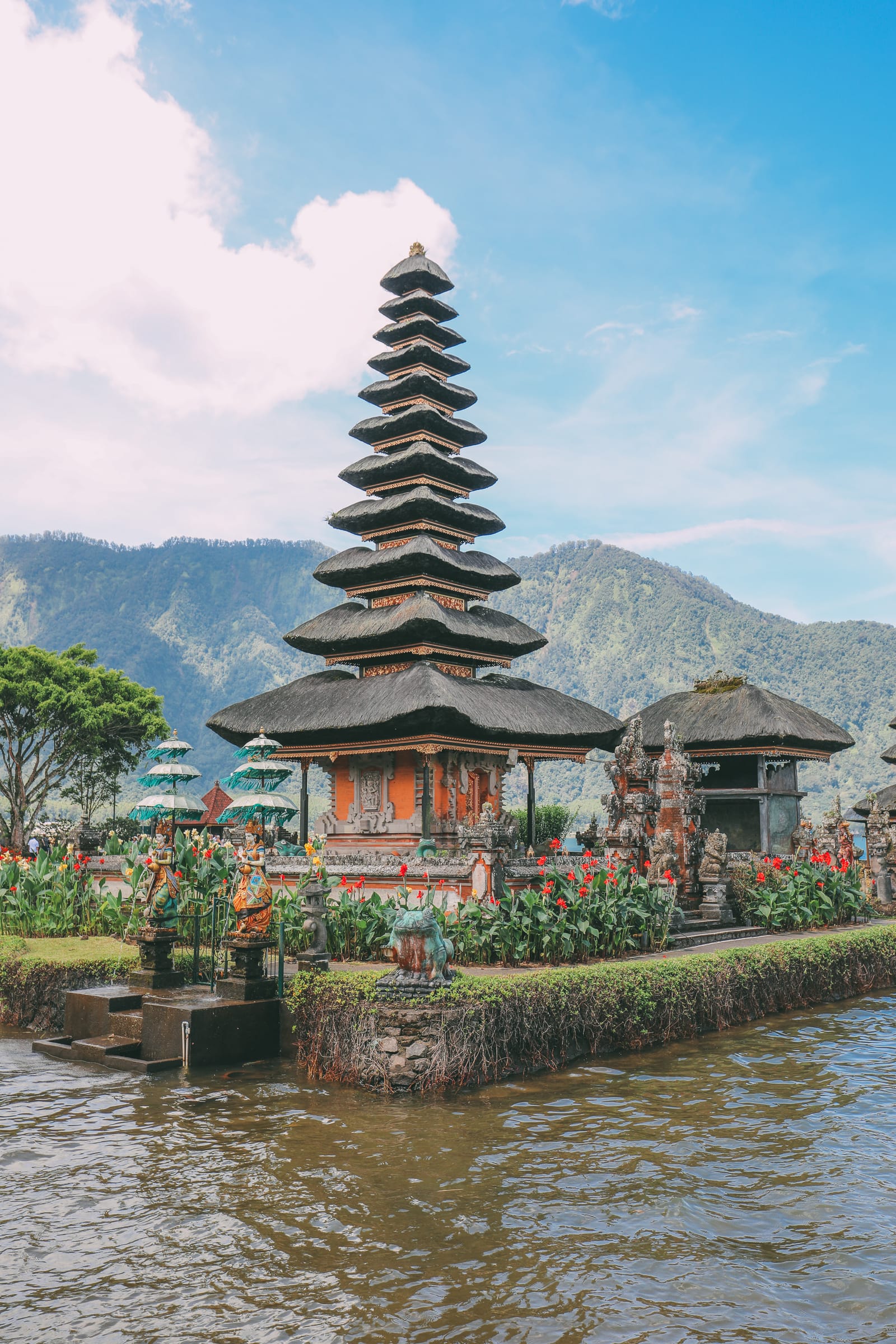 Pura Bratan looks and feels unlike many of the other temples we’d been to in Bali so far in its general layout. If you’re getting temple fatigue in Bali, this is a pretty good one to throw into the mix as it does stand out. 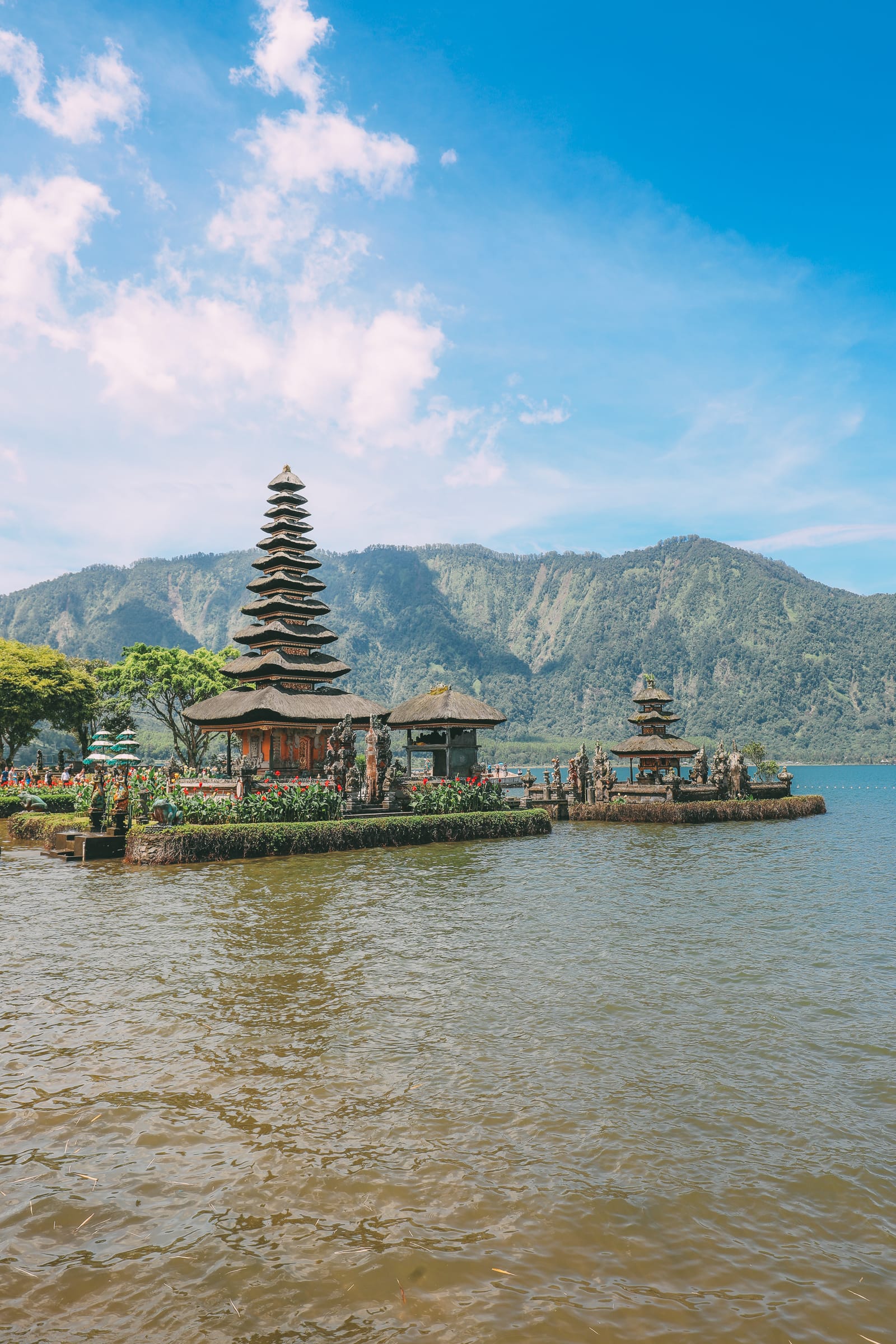 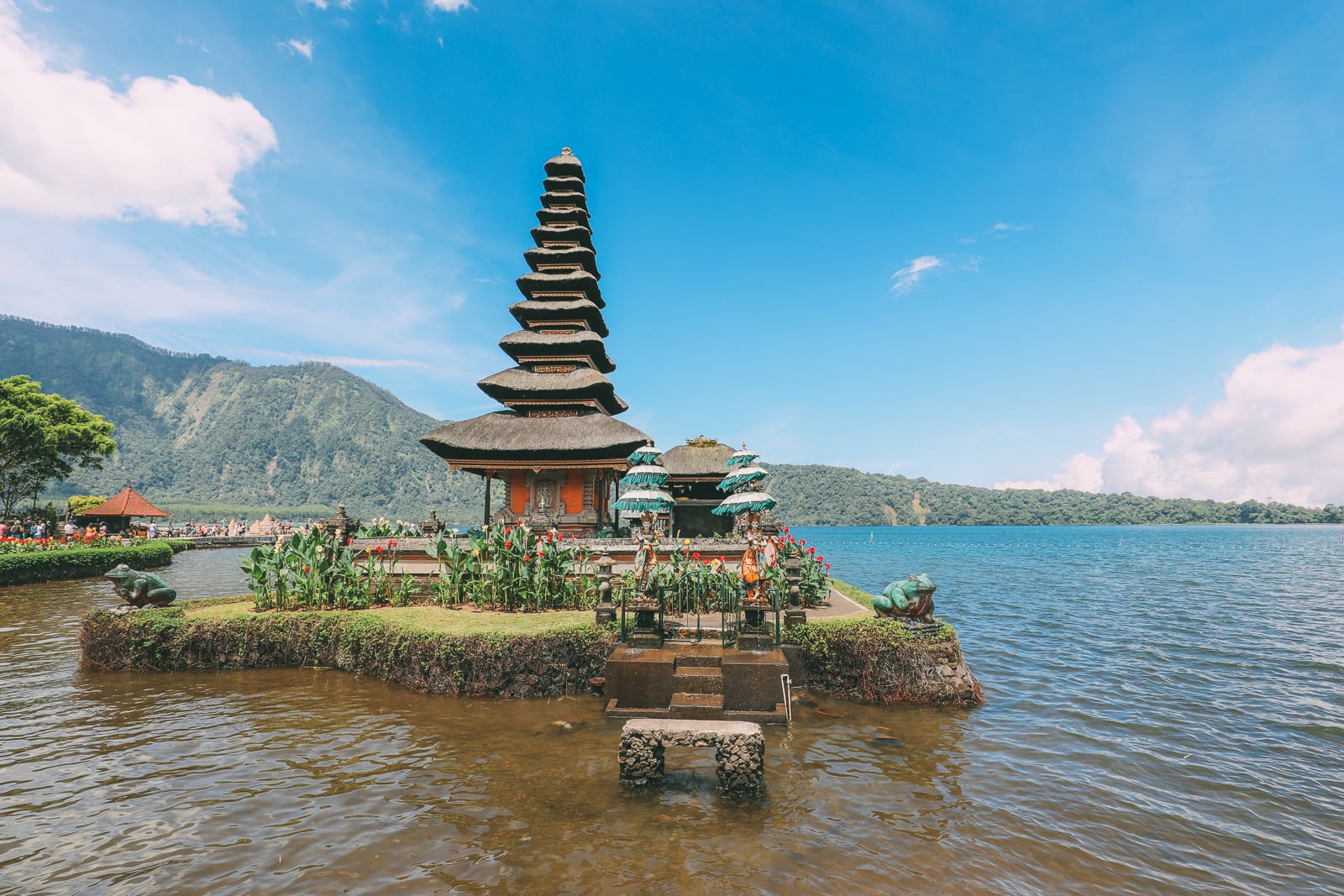 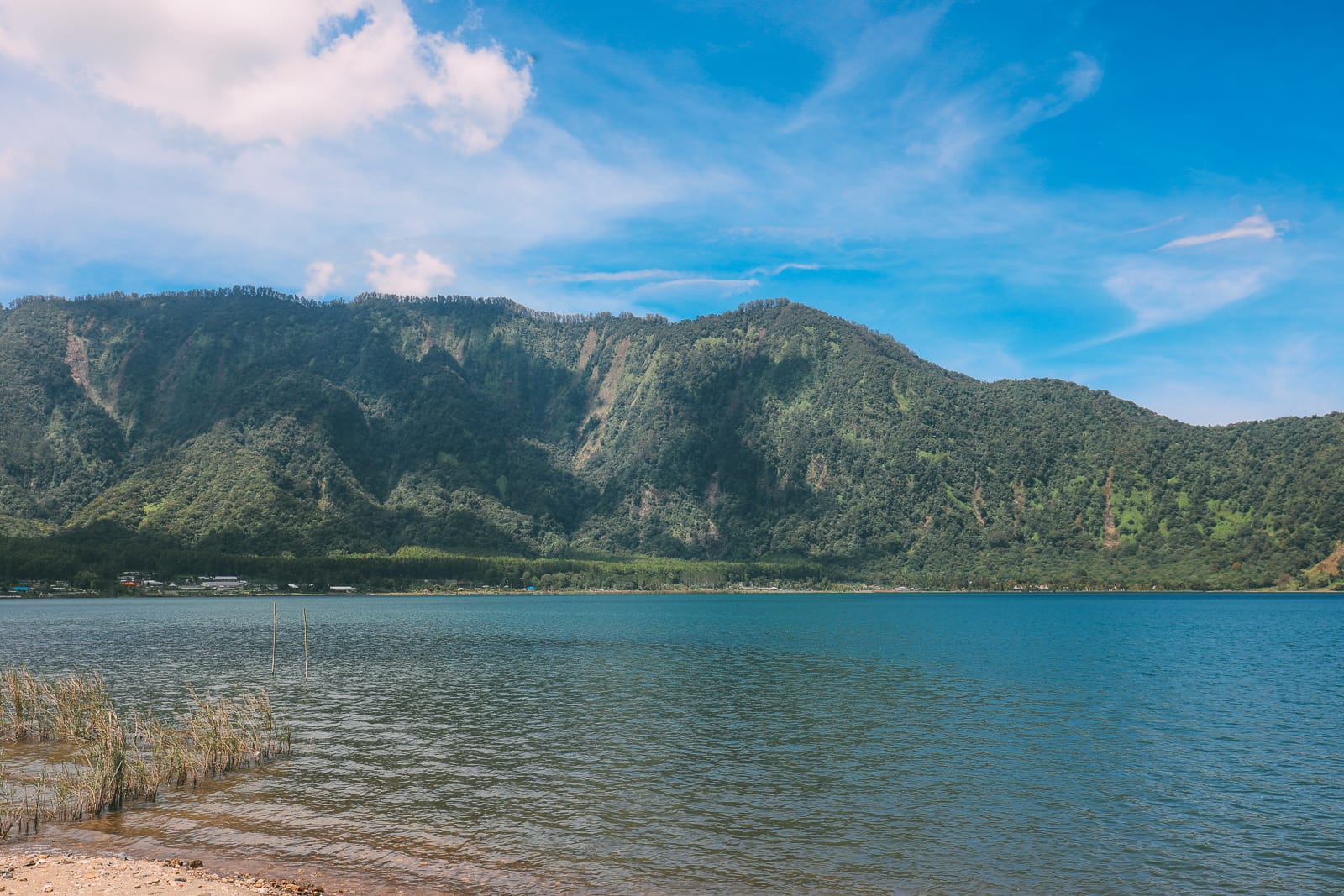 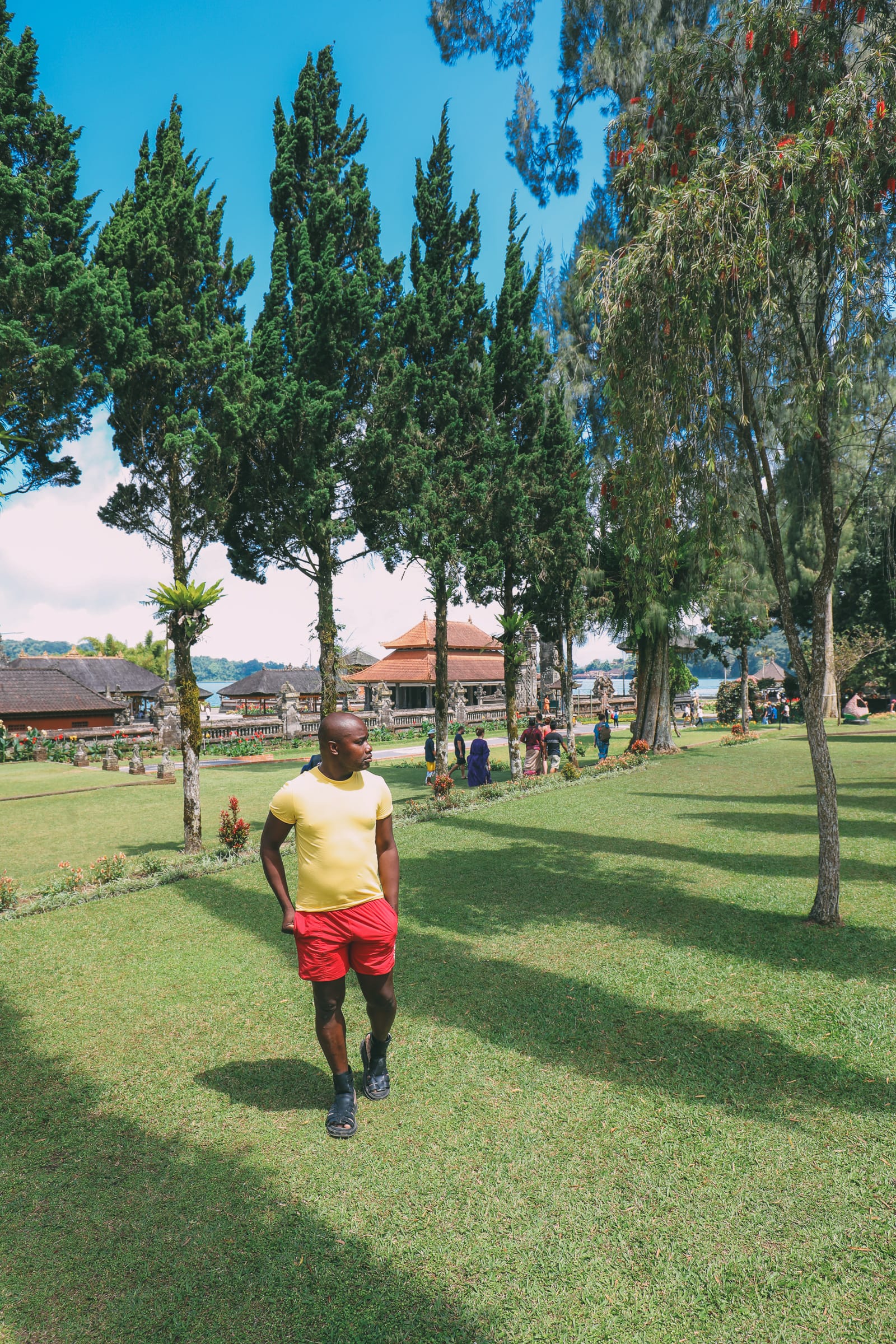 Eventually, ushered by our driver (who knew we were already late for the lunch plans we’d made), we hot-footed it to a nearby restaurant and a famous sight in Bali that isn’t quite what it seems! (*Here’s a clue – a photo of it is already up on our instagram).

I’ll have all of the details on that spot in our next post soon. 🙂 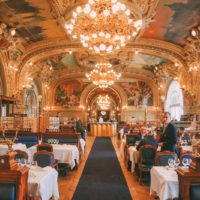 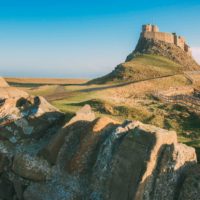 10 Gorgeous Islands To Visit In England 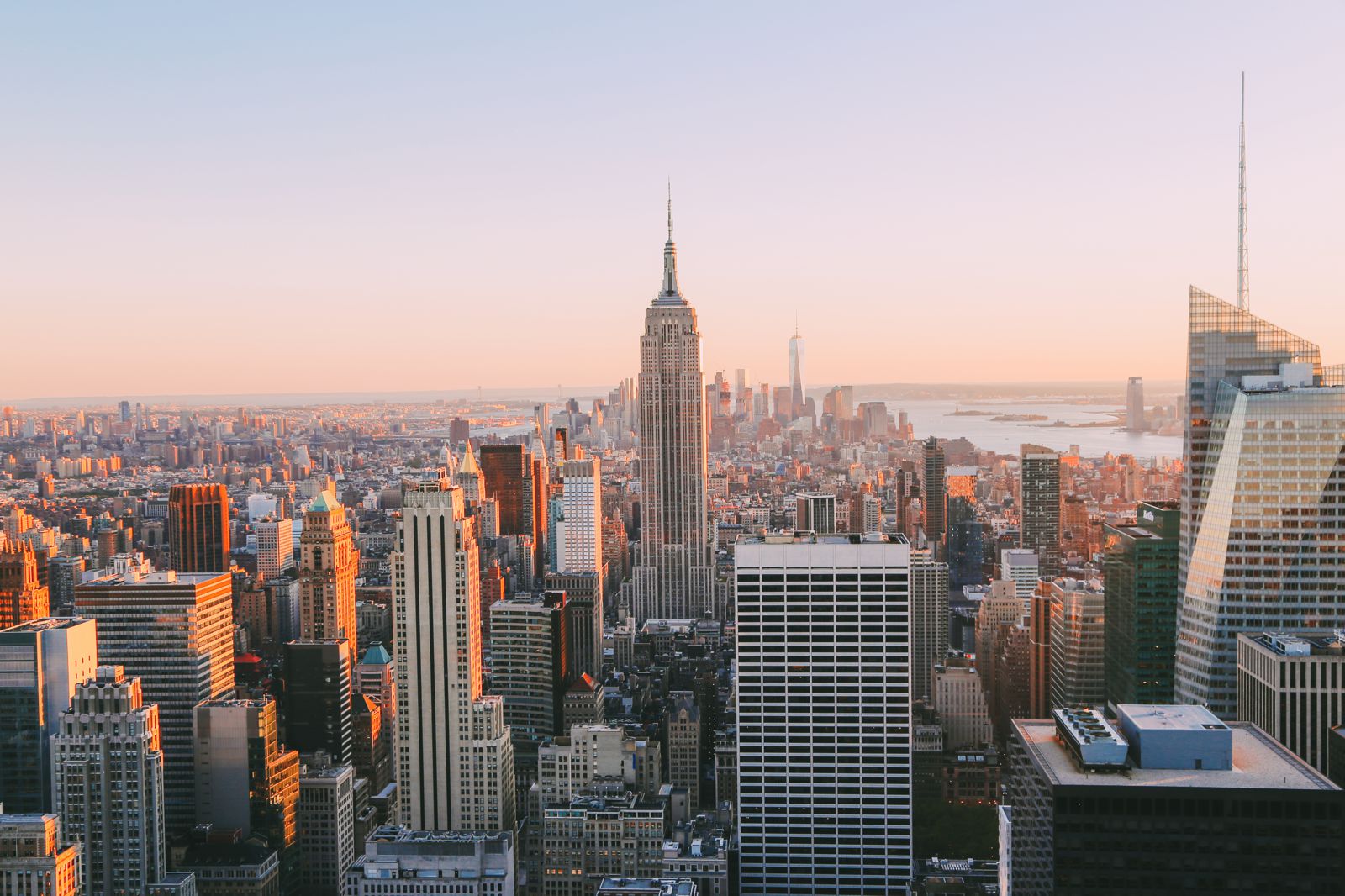 Top Of The Rock In New York City! 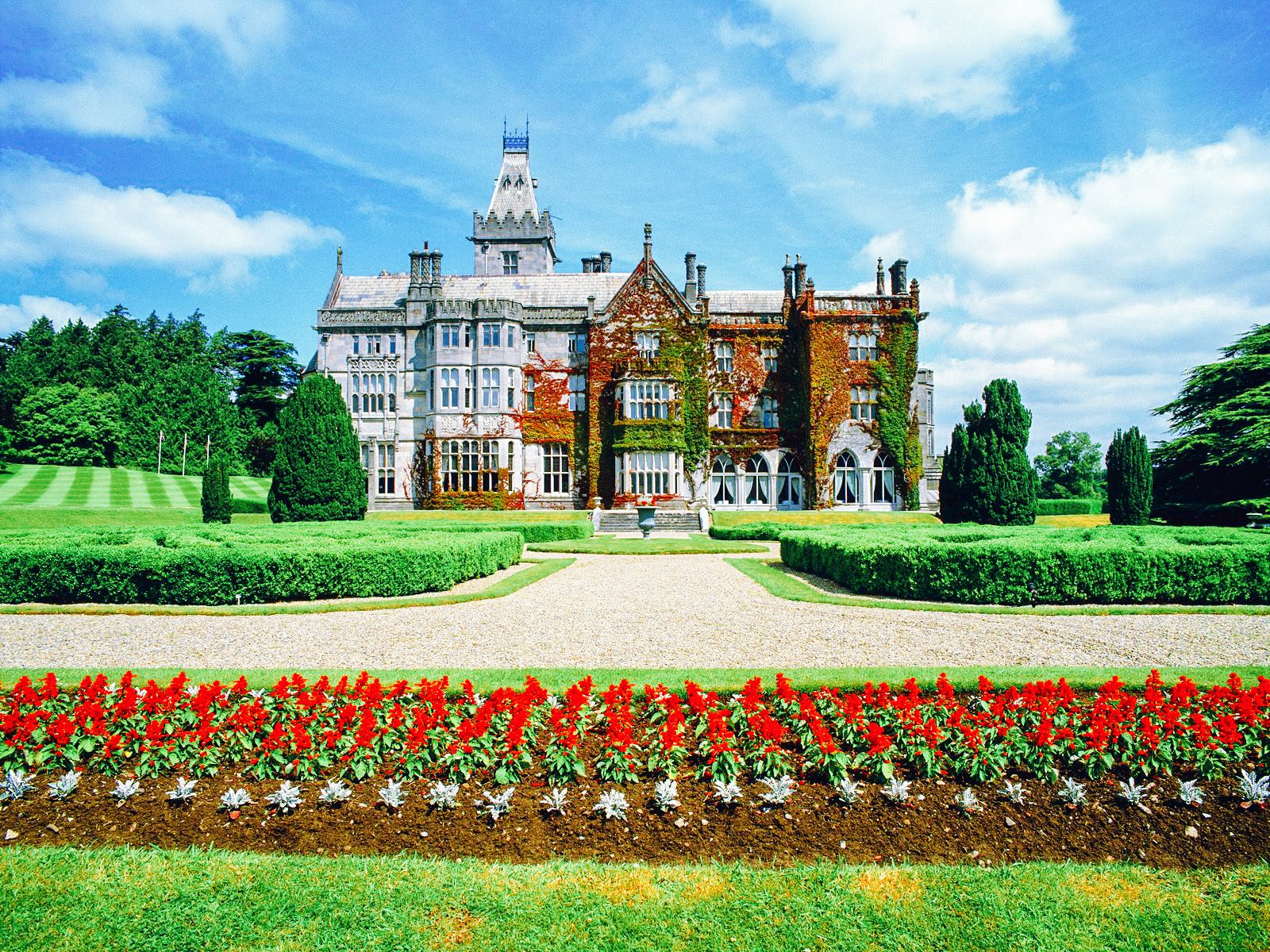 5 Towns & Villages You Have To Visit In Ireland! 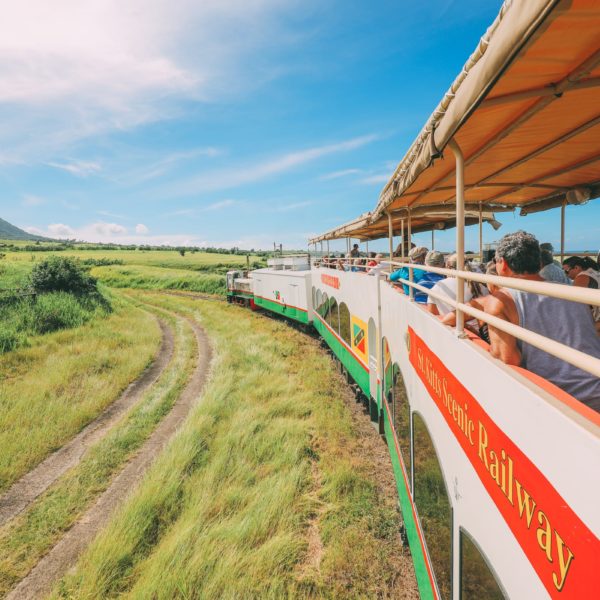