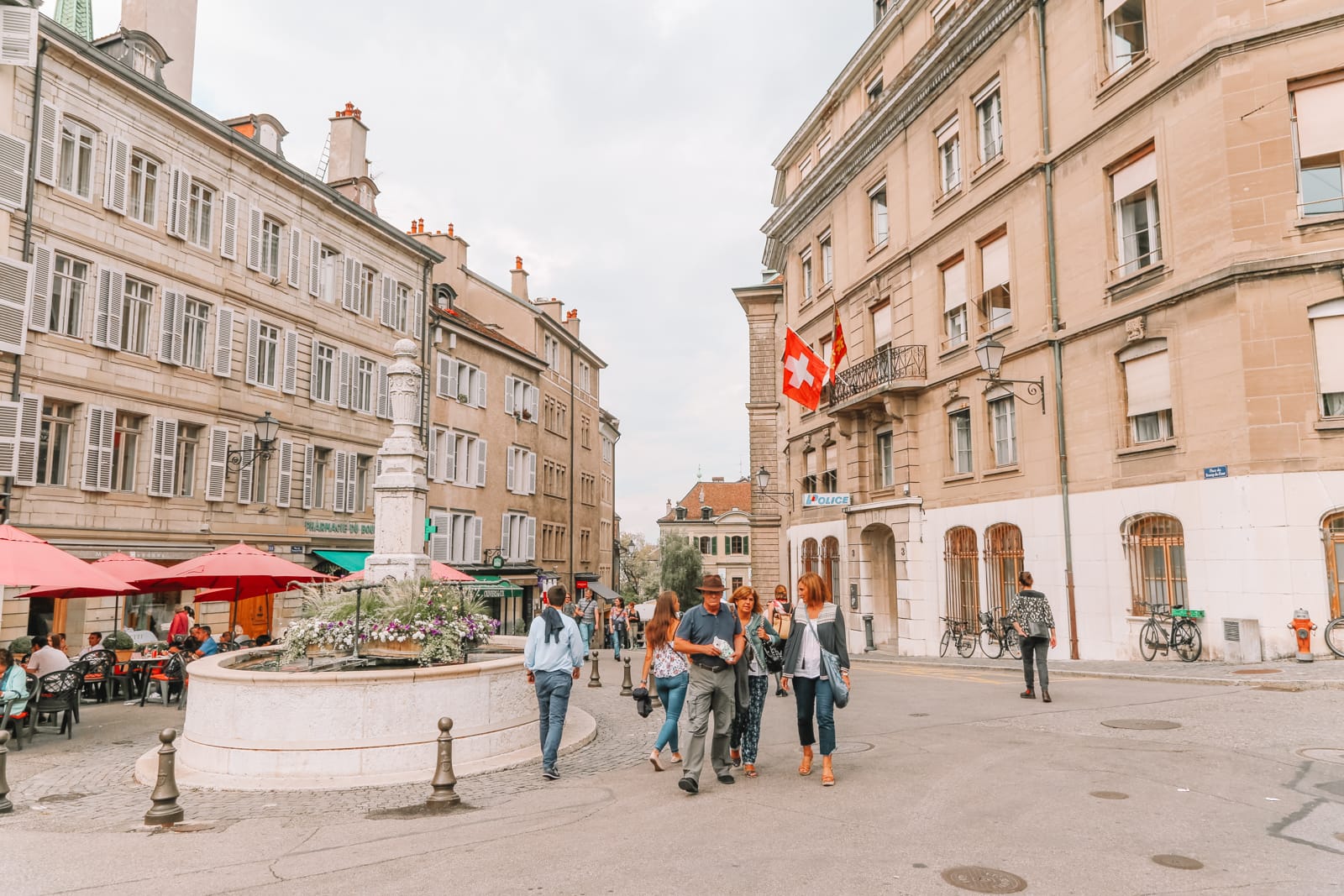 Geneva’s old town is absolutely gorgeous and is perhaps more what people would expect from the city compared to say – paragliding into the city from France or chilling by a beach club.

The best way to explore this is really, as I mentioned before, to just ‘get lost’ here. 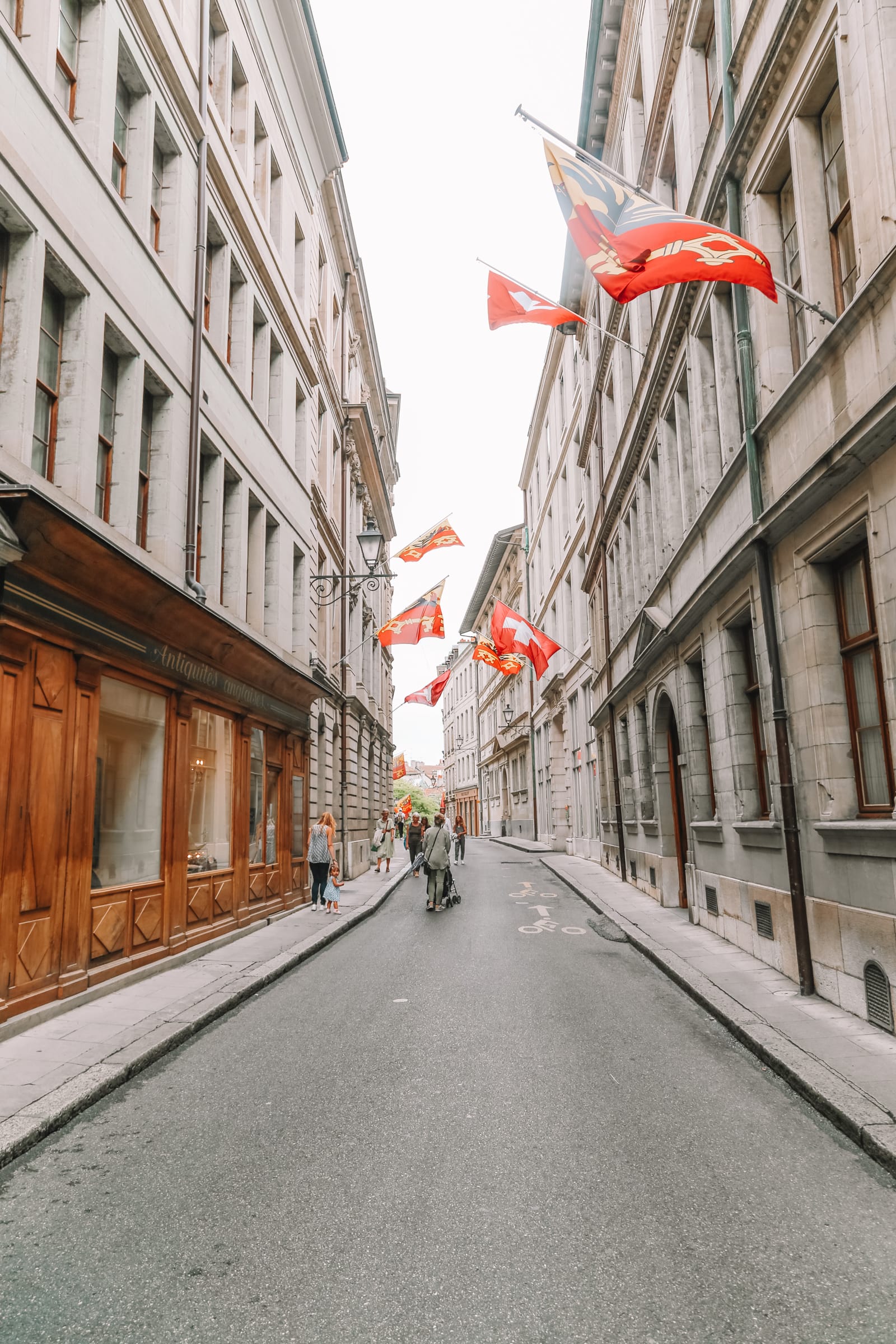 Wander through the city slowly, stopping for a coffee or a glass of wine if you feel like and just generally taking this in at your own pace. 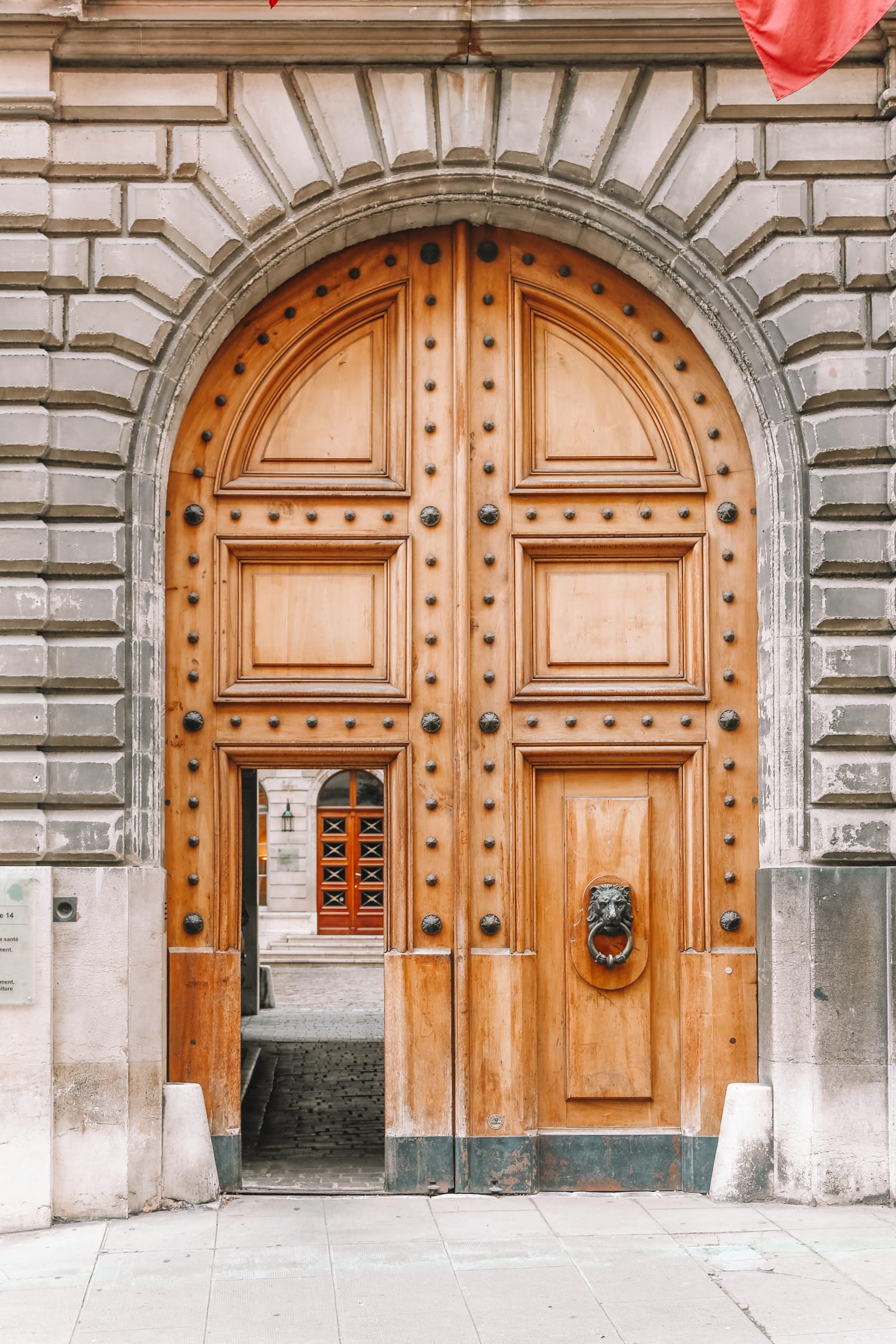 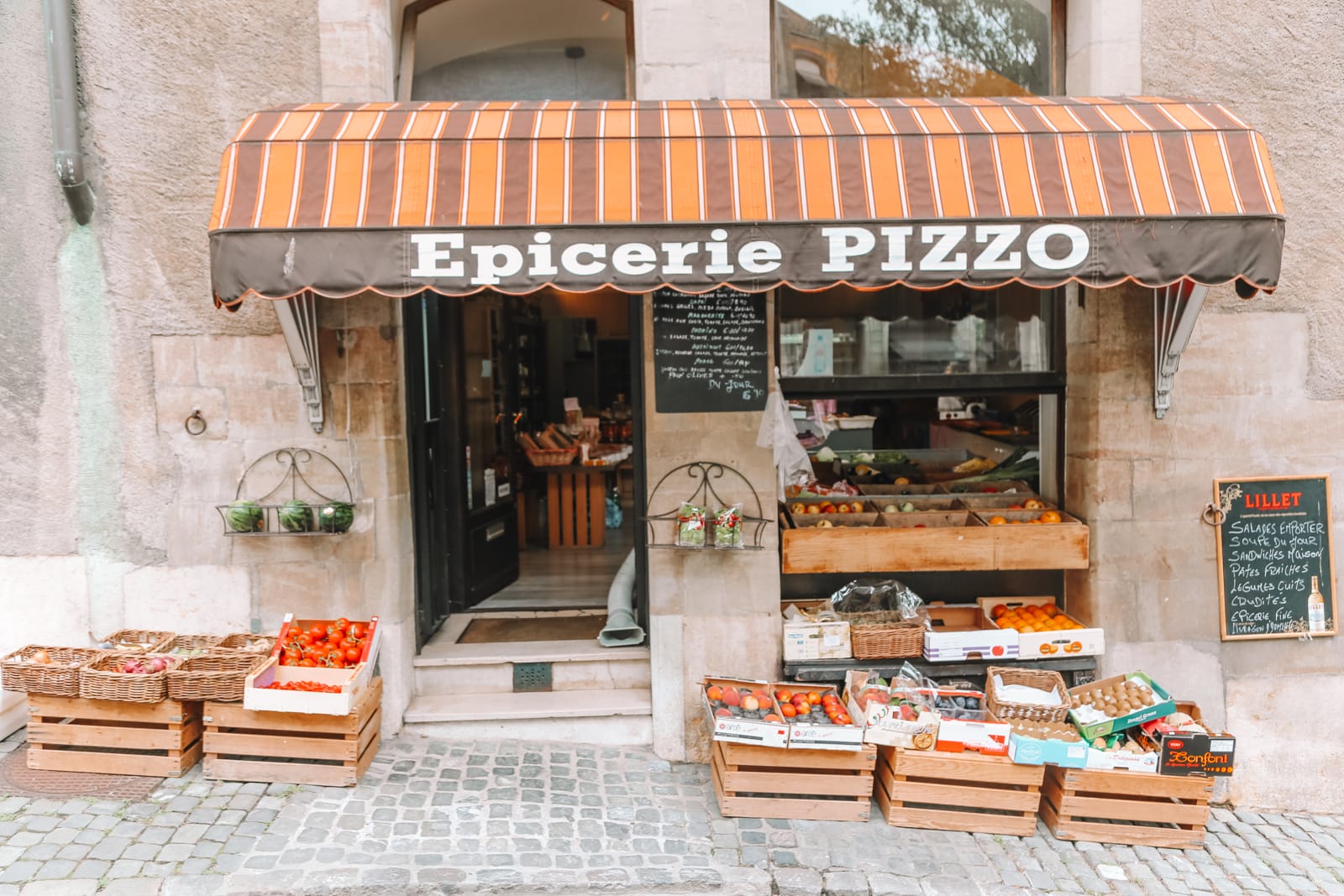 …until we found ourselves over at St Pierre Cathedral, at which point we decided we might as well pop in. 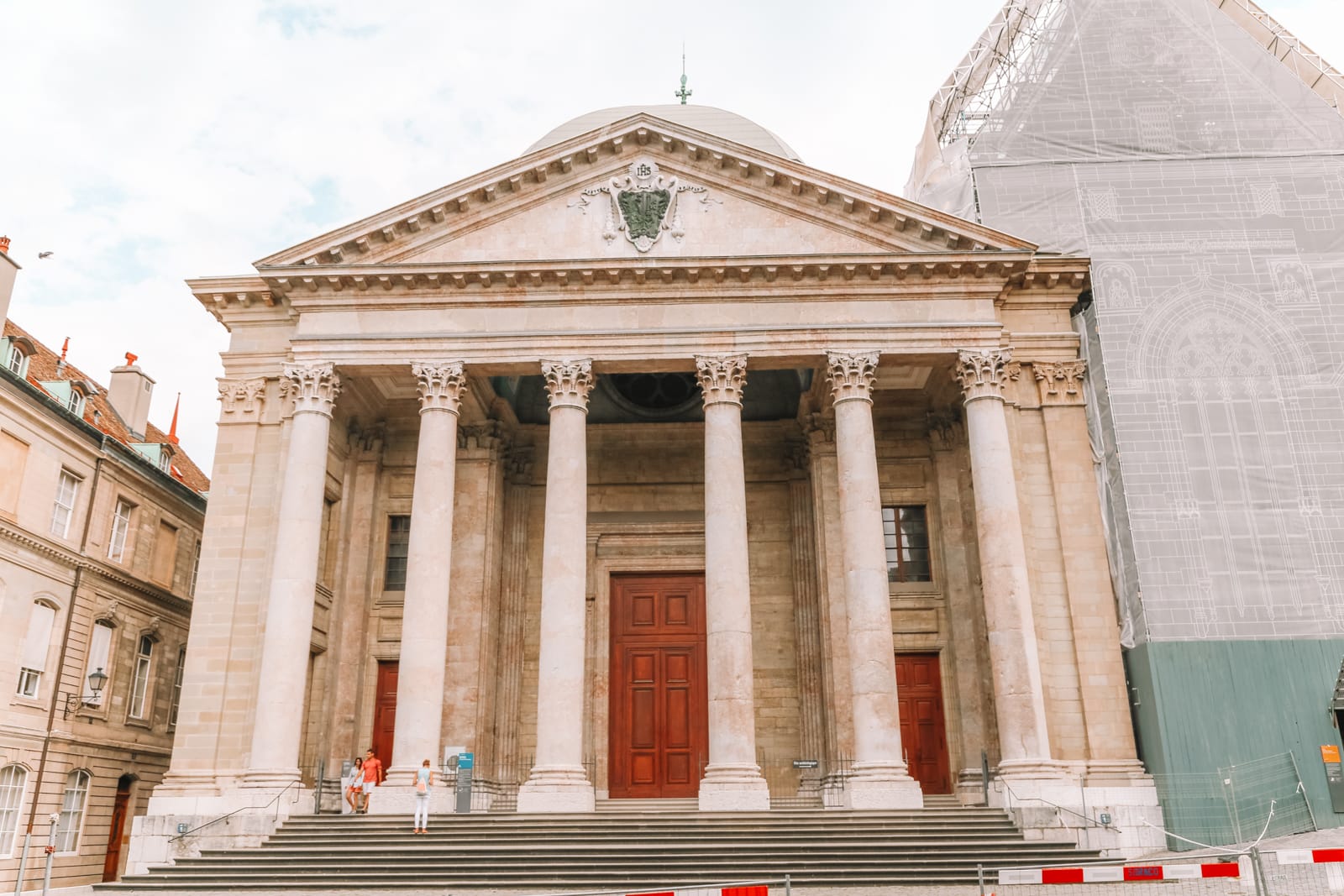 The cathedral is very impressive inside but when you’re here if you can, don’t just stay downstairs, make some time to climb up to the top of the cathedral. 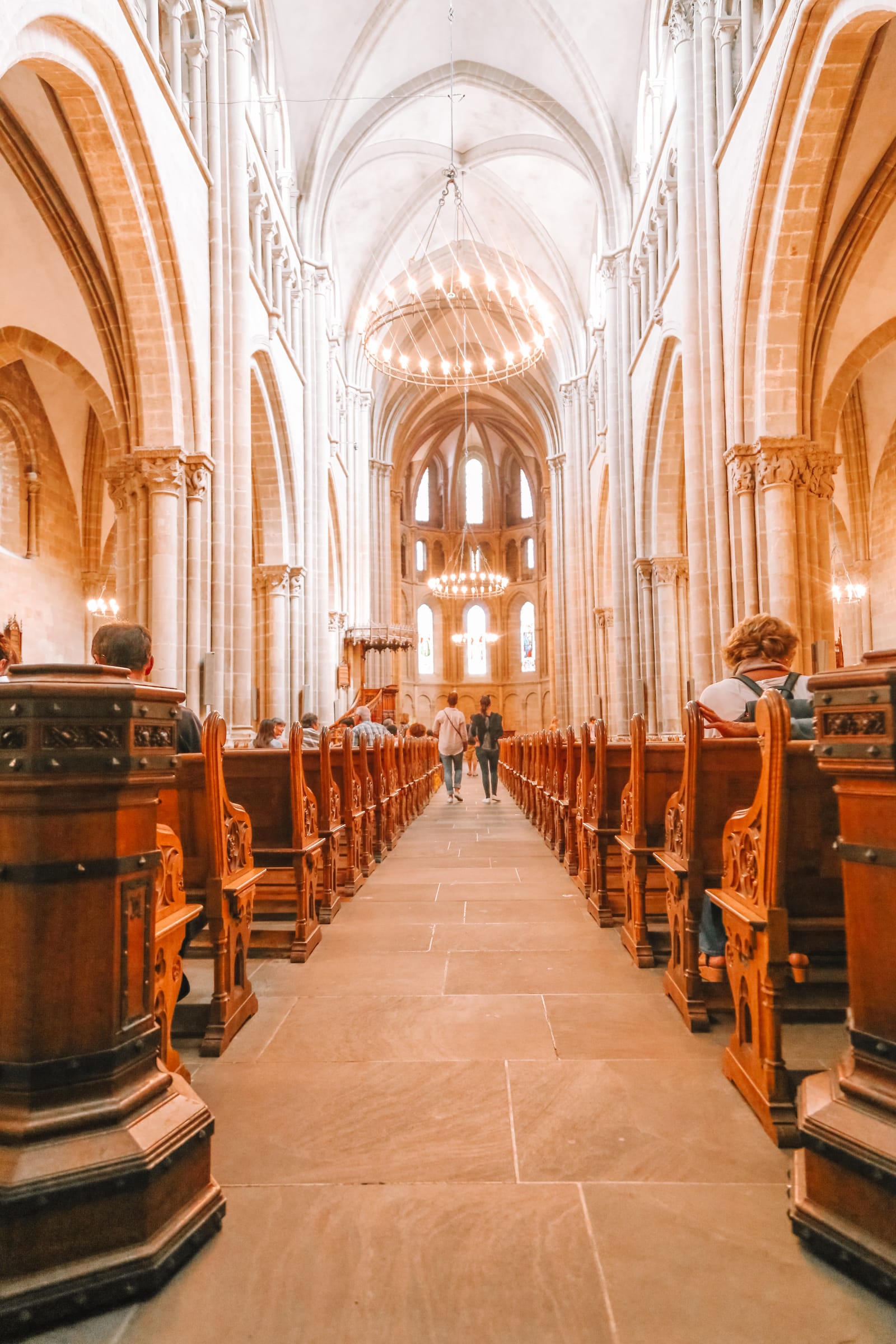 See, the views from the top of the cathedral over the city are just absolutely gorgeous and make the throbbing thighs from climbing up those stairs so worth it. 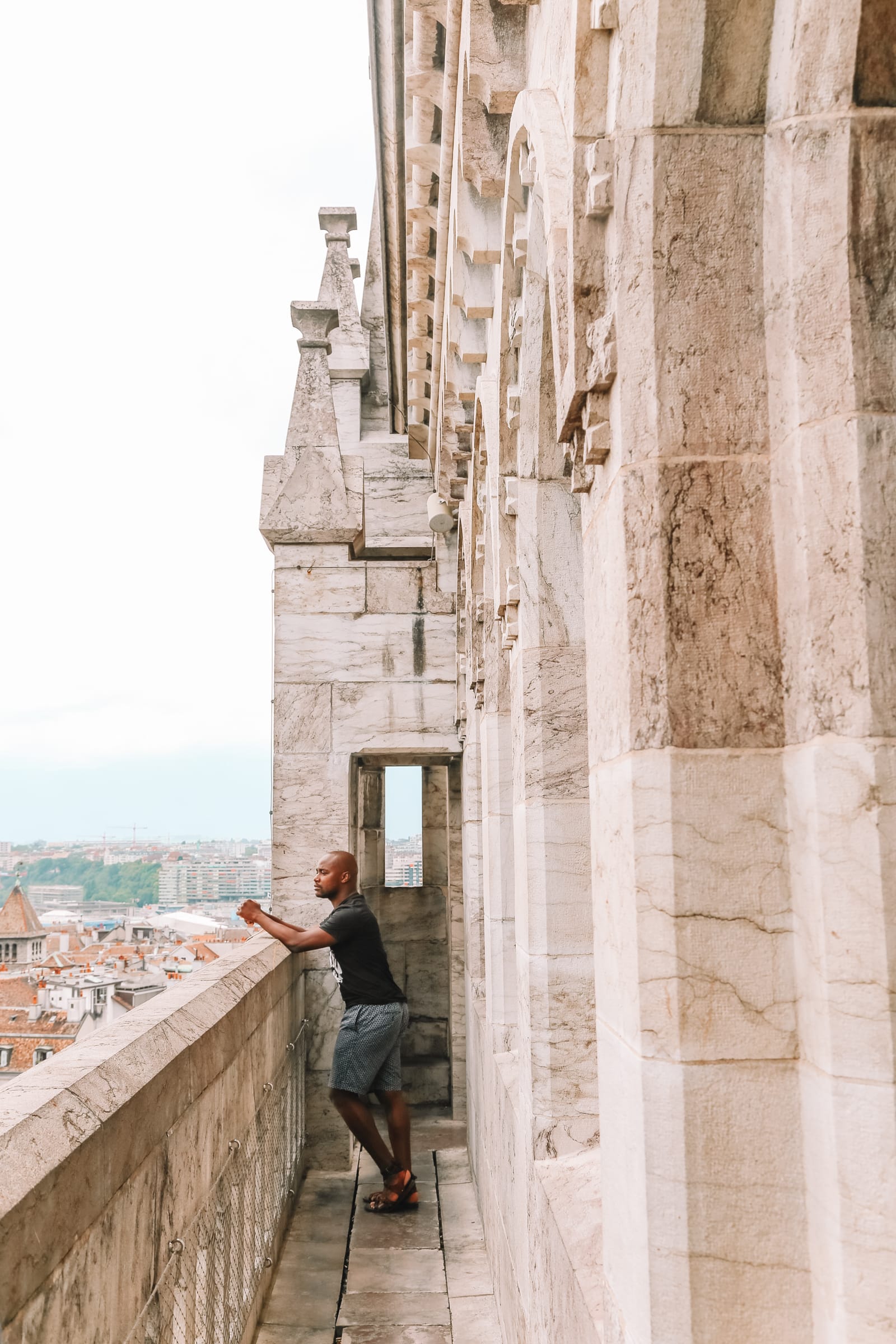 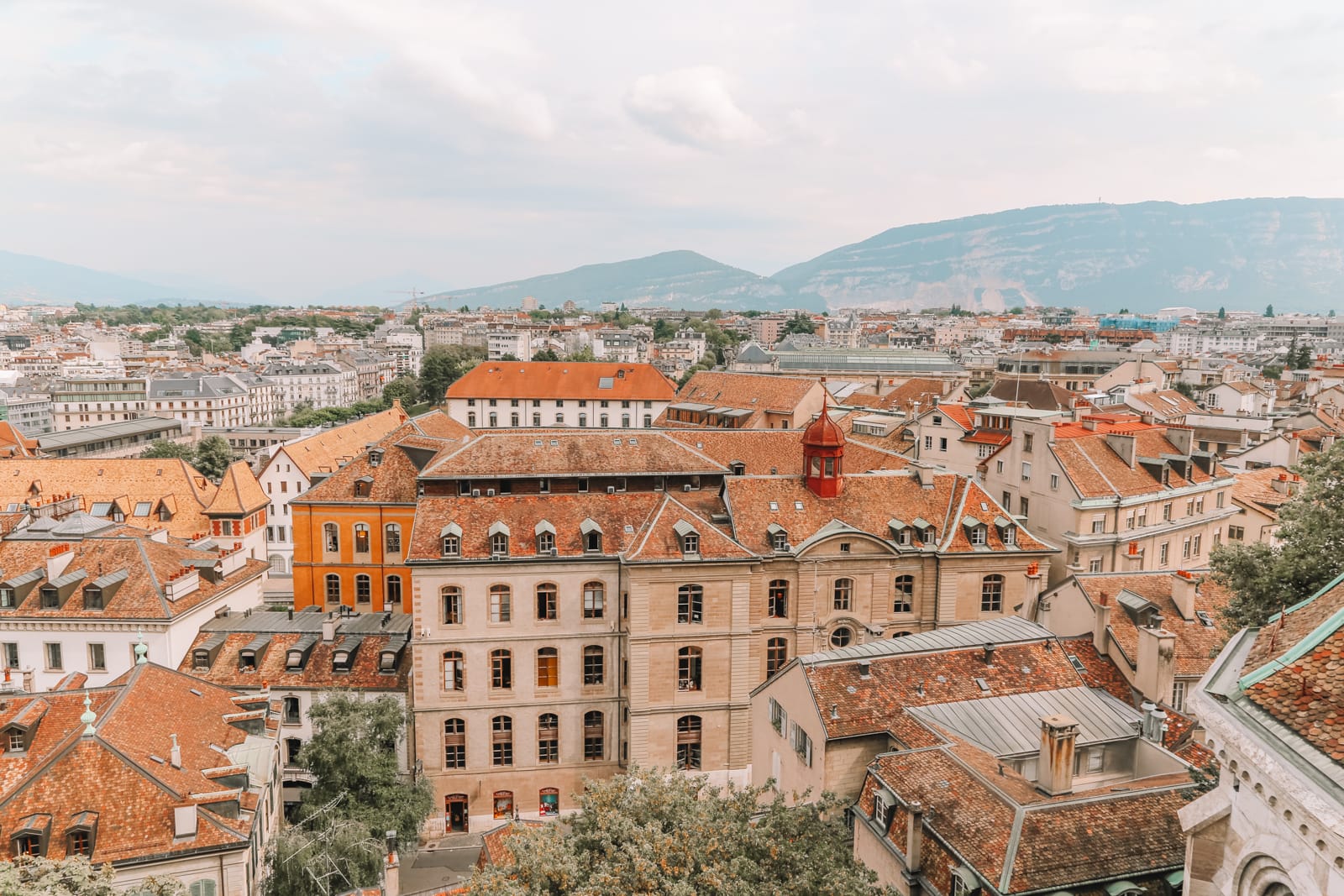 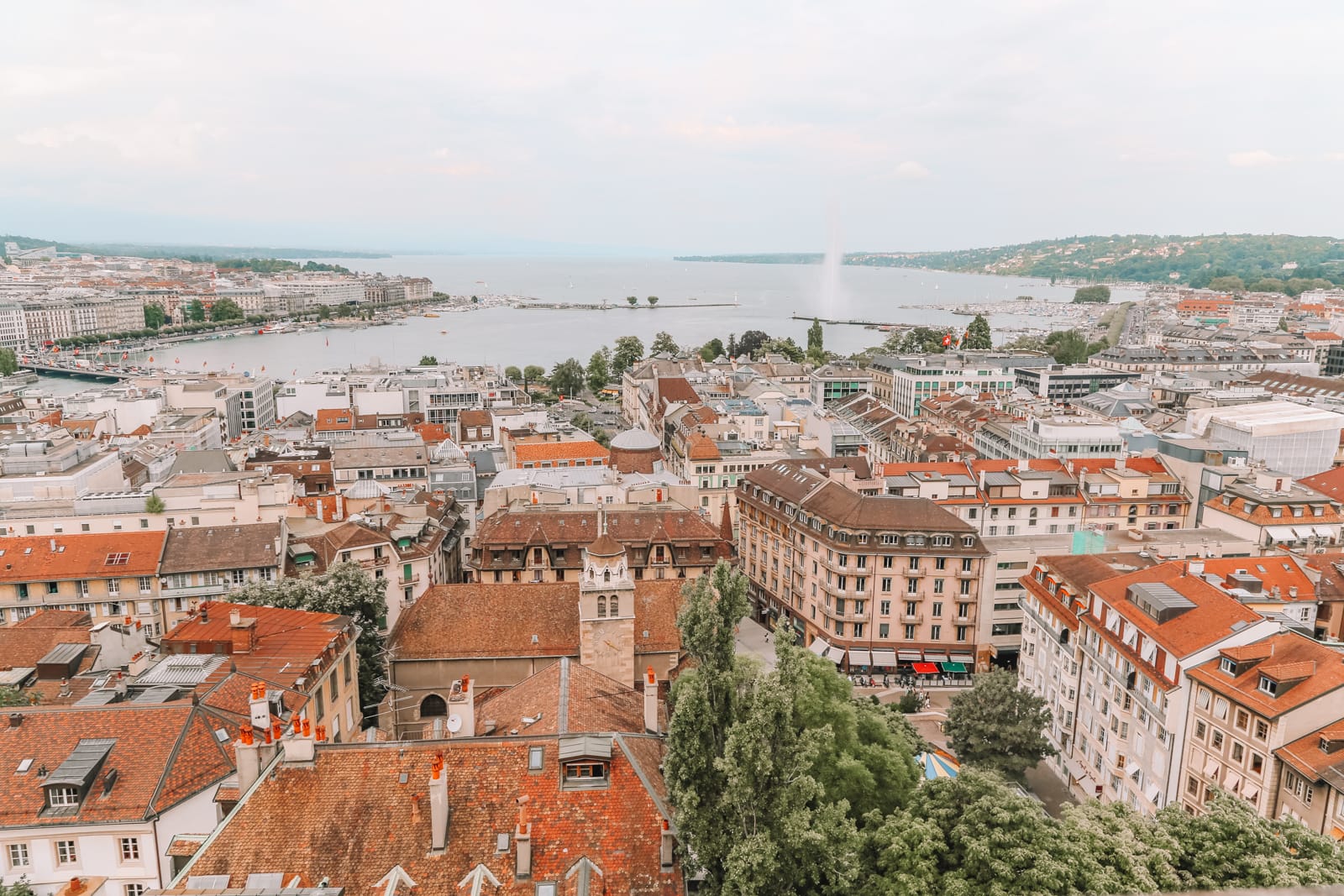 From up here, you can see right down to the lake and all across the city! 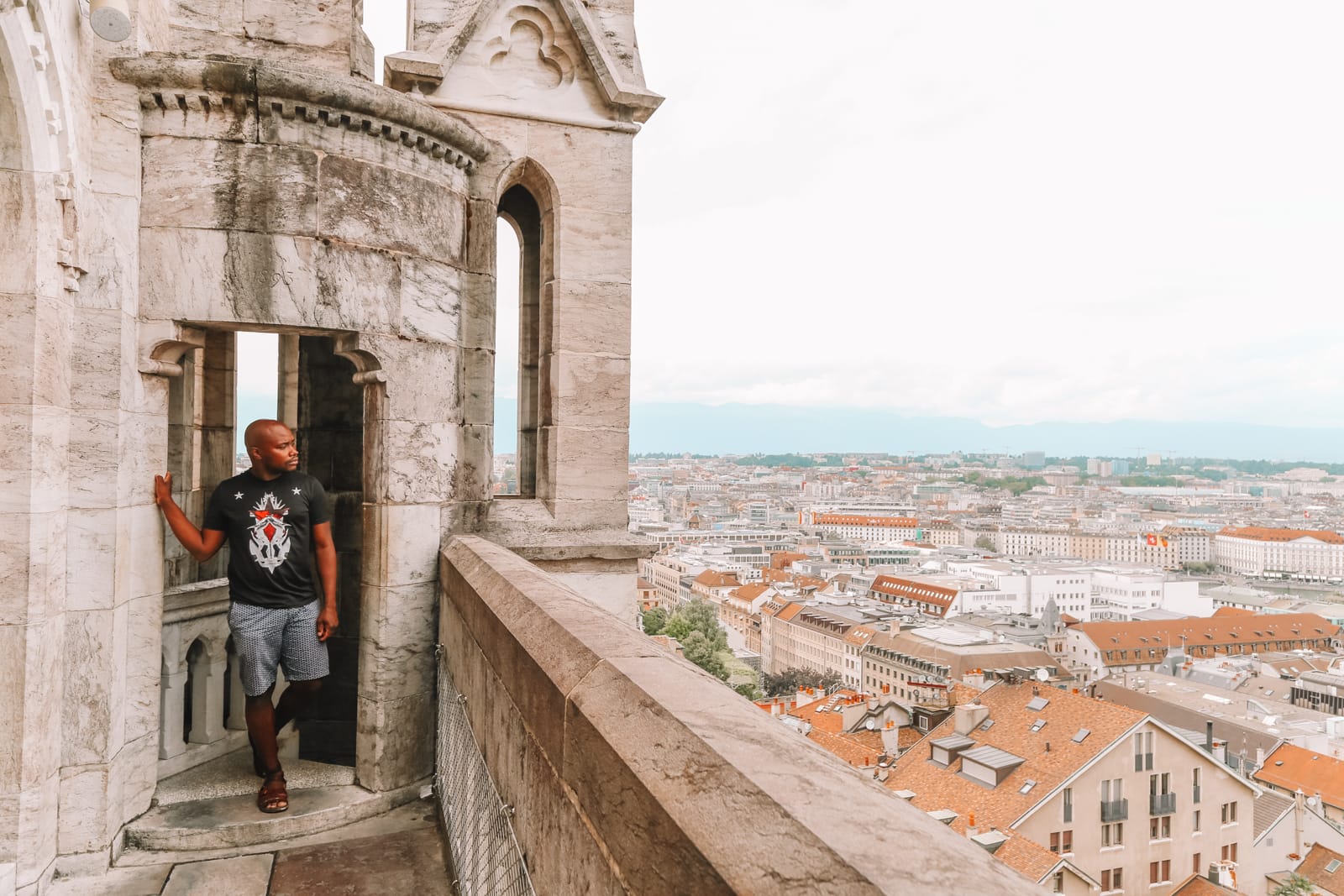 It truly is an amazing spot to check out in the city and definitely worth the climb.

Leaving the cathedral, our aimless wandering through the beautiful old part of the city commenced, till eventually, legs-a-aching, we decided to call it a day and head back to the hotel.

Dinner that evening saw us head over to Bottle Brothers, a brilliant cocktails bar and restaurant in the city. 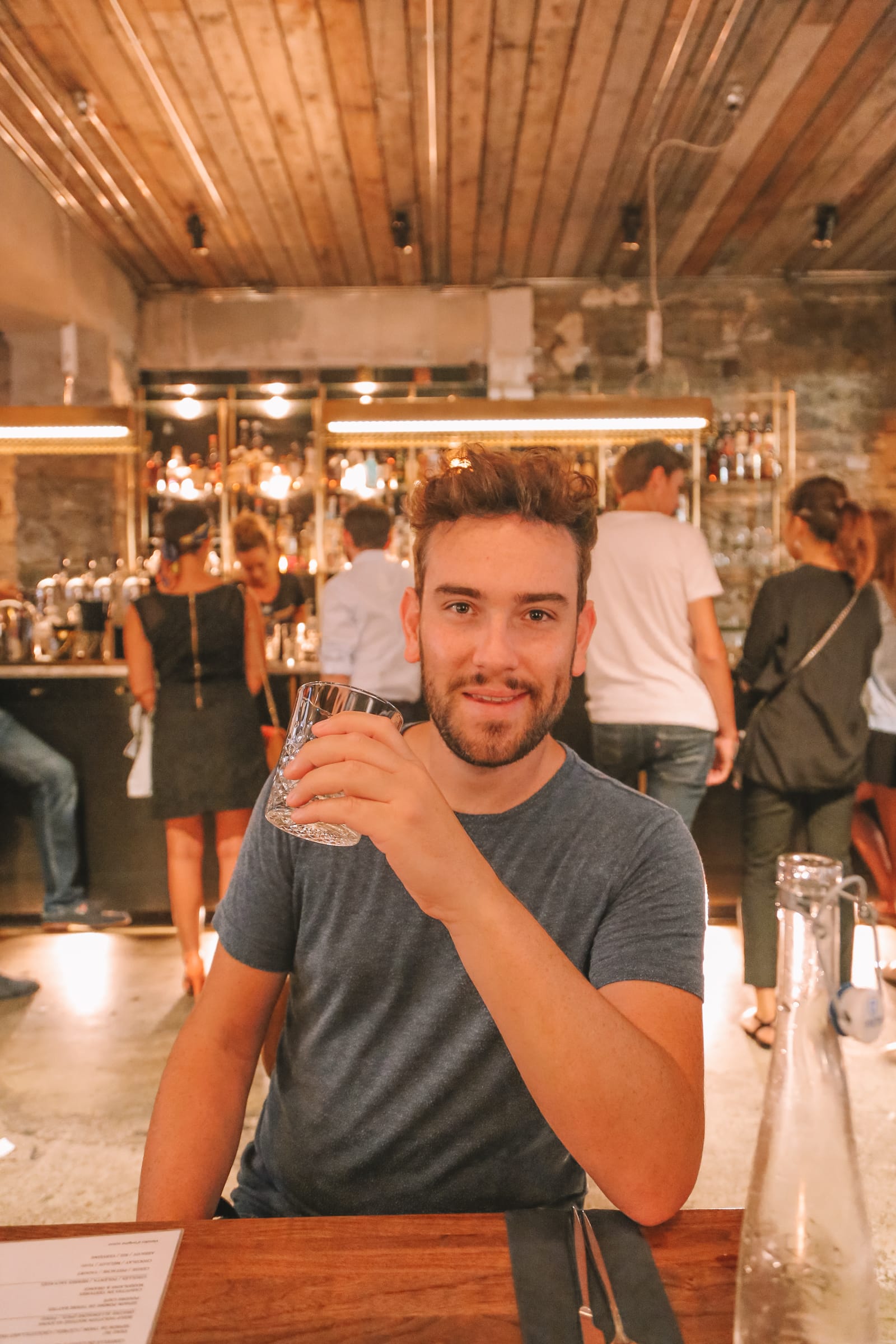 As you can imagine, we got stuck right into things, beginning with some rather refreshing, fragrant cocktails (can’t remember what they’re called now – doesn’t matter really, had a few other cocktails when we were here and they were all brilliant, this place does cocktails well!)…

…before tucking into the chef’s tasting menu.

Ham, delicious little balls of seafood, salads and salmon, to mention but a few, graced our plates for mere minutes (sometimes, seconds) before disappearing into our tummies between deliciousness-acknowledge moans of “Mmmm!” and “Aaaaah!” as those flavours hit our tastebuds – which is a rather long-winded (unnecessarily so) way of saying – the food is absolutely delicious here!

Even dishes I wouldn’t usually have (mushrooms) managed to delight both us that evening. It was just so good. 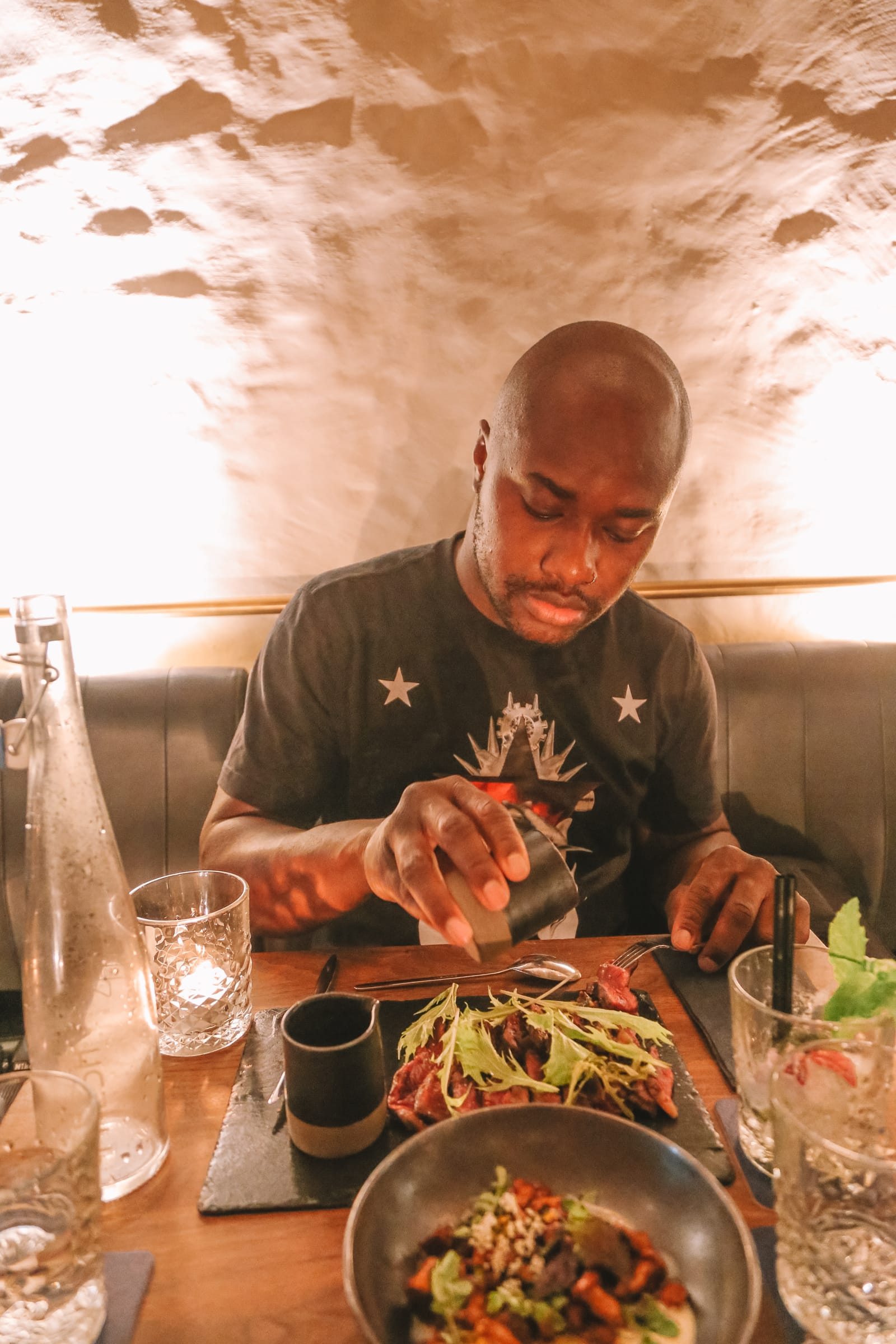 Bottle Brothers is the sort of place you actually go to for drinks as well and perhaps a bit of a pre-boogie hangout but we were so distracted by the food that none of that mattered.

By the time, we finished the last bite of dessert, we were well and truly stuffed (in the good kinda way – not the kind where you’re so full and uncomfortable that you wonder why you did that to yourself, a feeling we are fairly familiar with 😄). 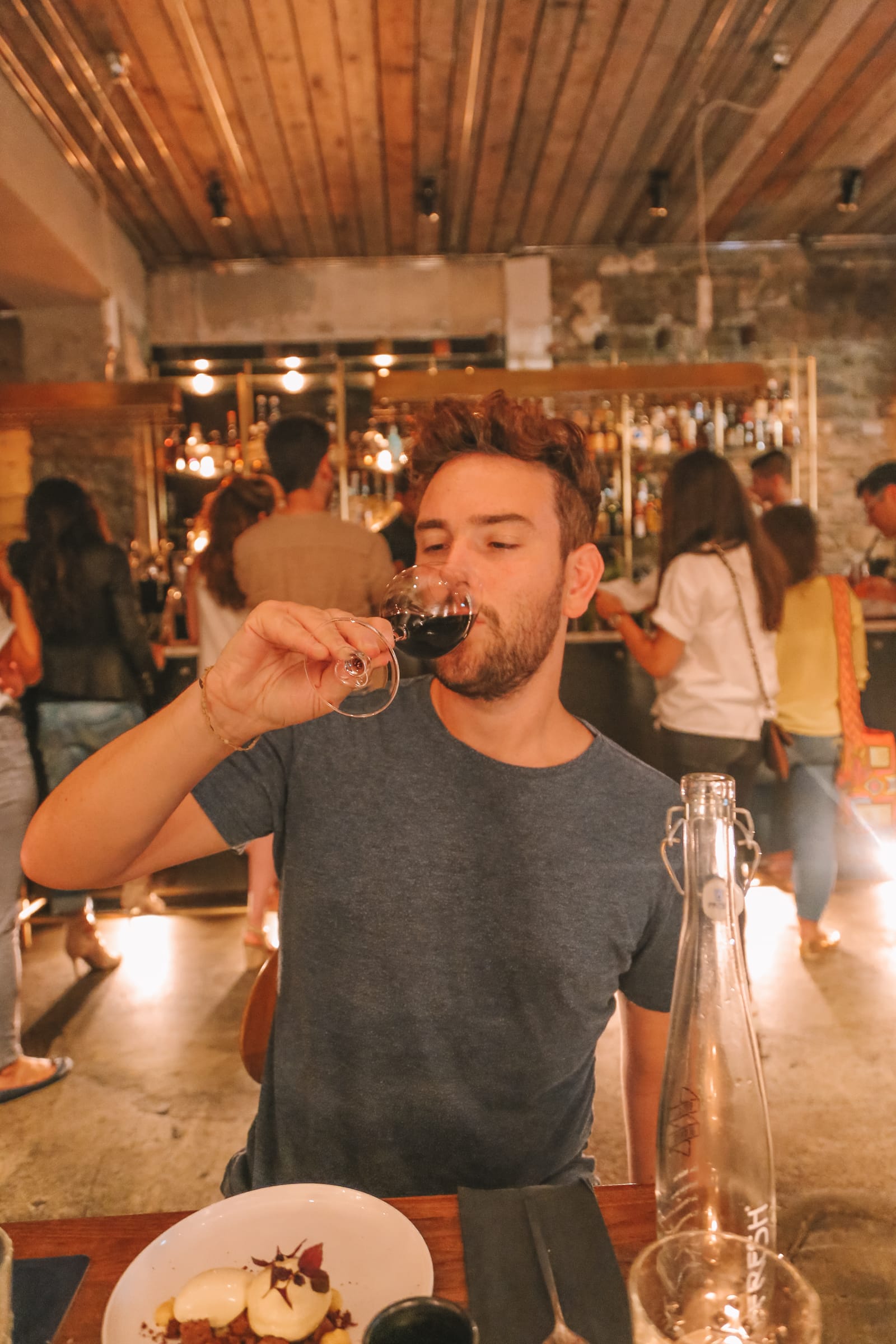 With that it was time to bid Geneva farewell – well, we wouldn’t actually be leaving till the next morning (and for the first time in a while – not back home to London but actually to Copenhagen) but there would be no time in the morning to do anything else but head to the airport.

To say Geneva had surpassed my expectations would be to put it rather lightly.

There was just so much more to this city than I initially expected. I expected the history, architecture and food but the adrenaline-fuelled stuff and more natural side to it kinda took me by surprise.

The fact that there’s a river here that’s so clear and refreshing you could actually take a dip in took some getting used to (we have the Thames in London and you do not wanna go swimming in that).

I absolutely loved visiting Geneva and can’t recommend it enough – it’s such a great city and definitely worth adding to your travel plans.

The Colourful Houses Of St John’s, Newfoundland And Labrador

Photos And Postcards From Tokyo, Japan 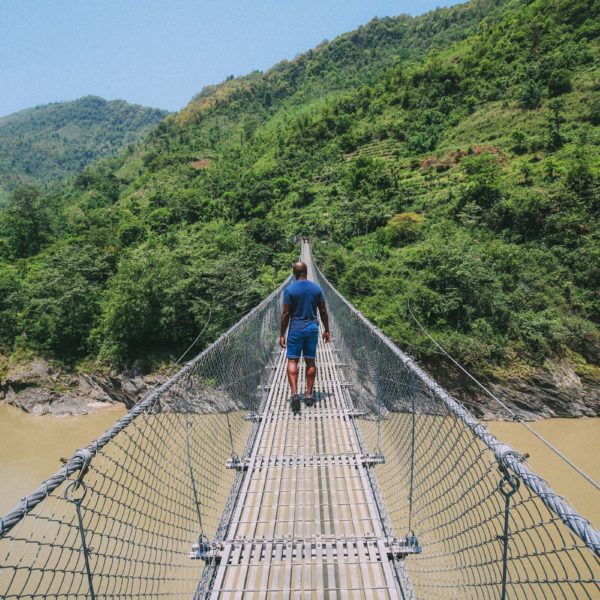 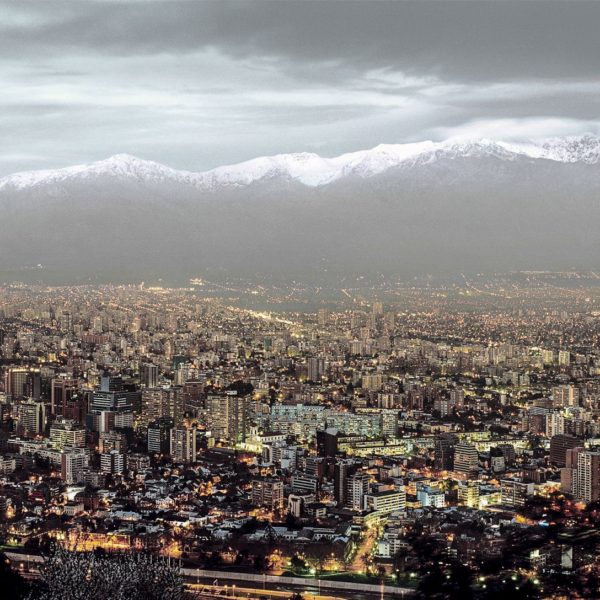 9 Incredible Things You Must Do In Santiago, Chile 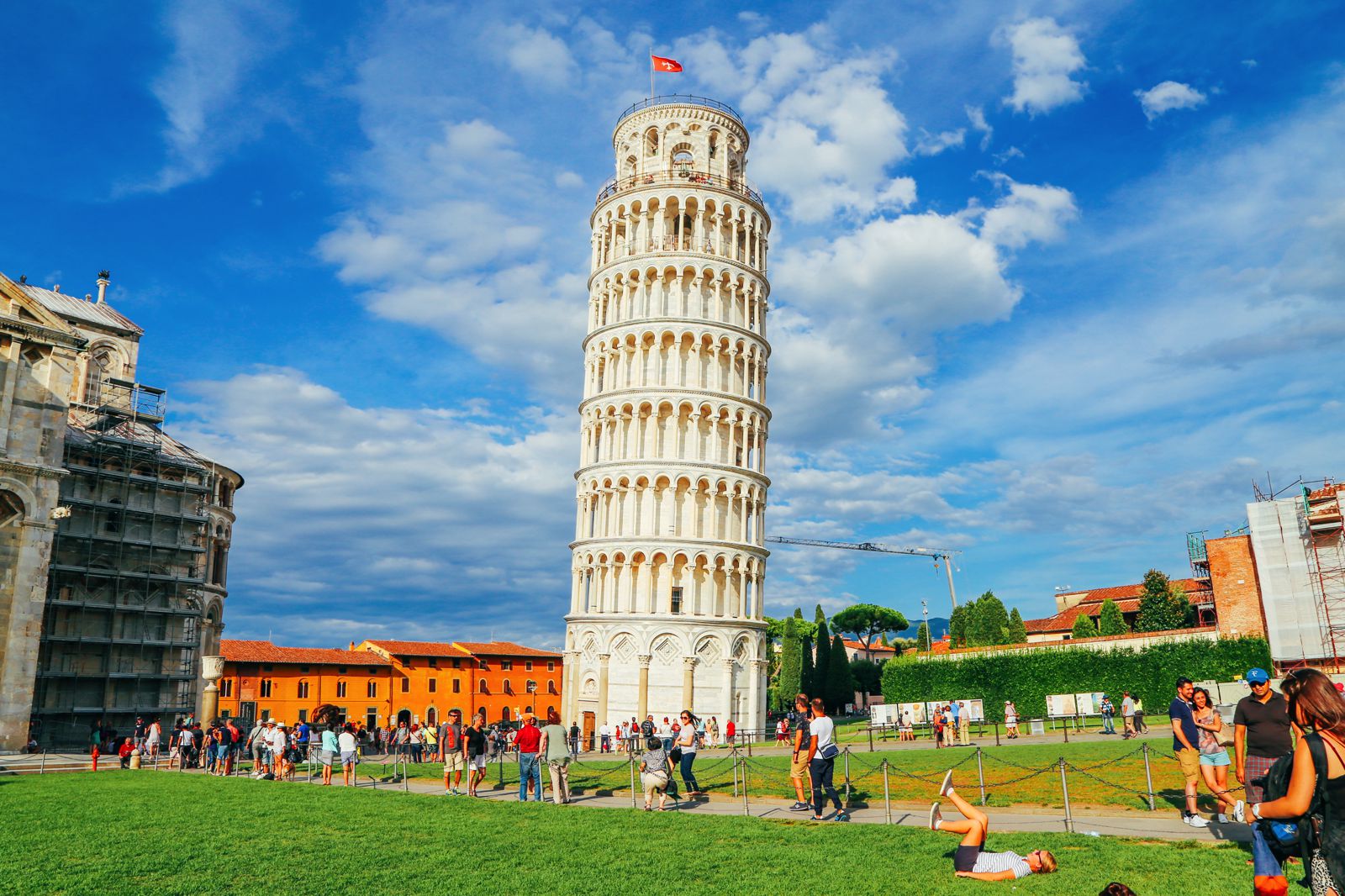