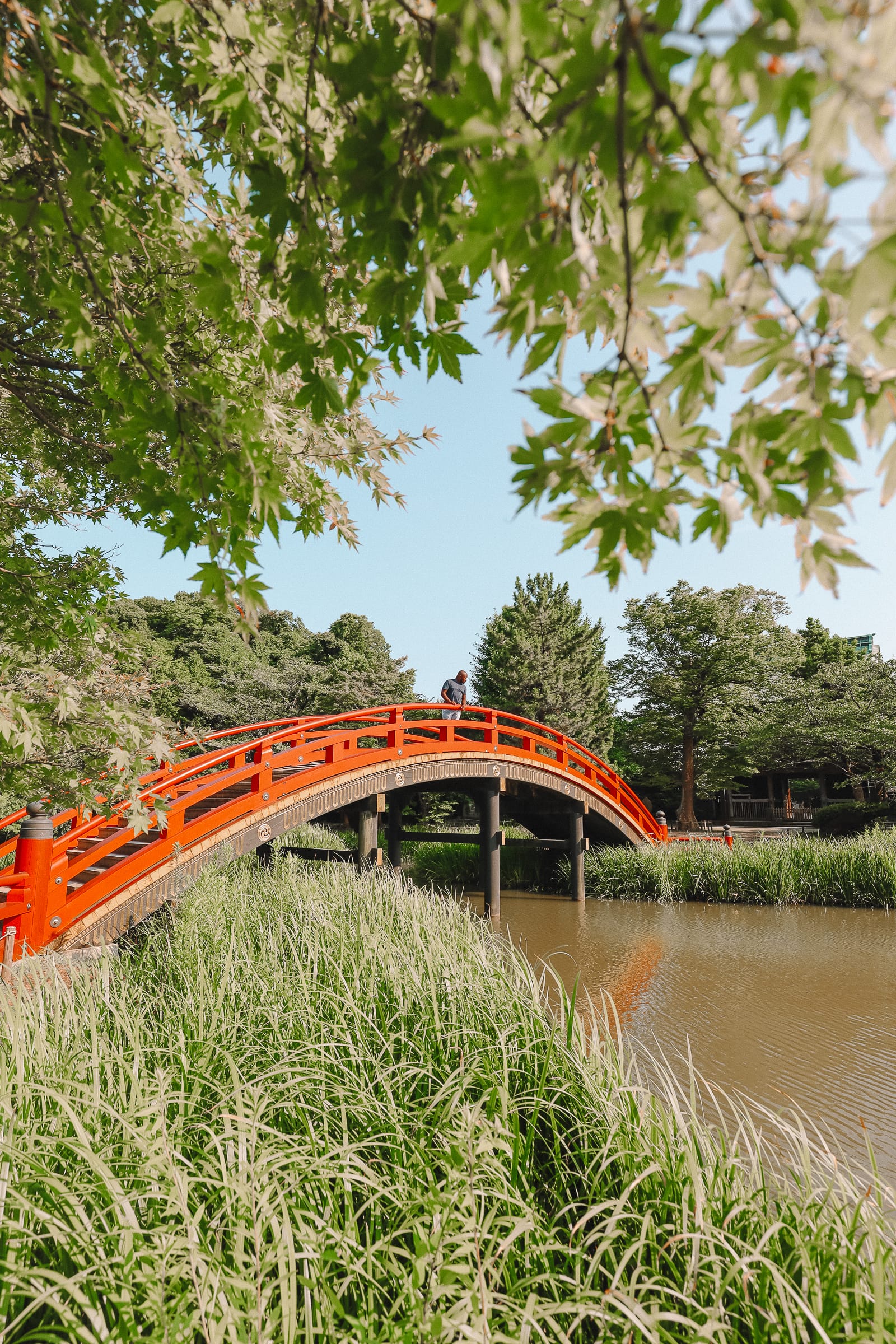 After exploring Kanazawa, the day before, we decided to make a stopover to Yokohama which is actually a pretty nifty 30 minutes from Narita Airport (and Tokyo, for that matter) by train.

It’s funny, we’ve visited Tokyo twice before and for some reason we’d never ventured beyond the city limits to visit Yokohama which is so close. In fact, it’s so close that the boundaries between the two cities are quite blurred, especially when you’re taking a train. 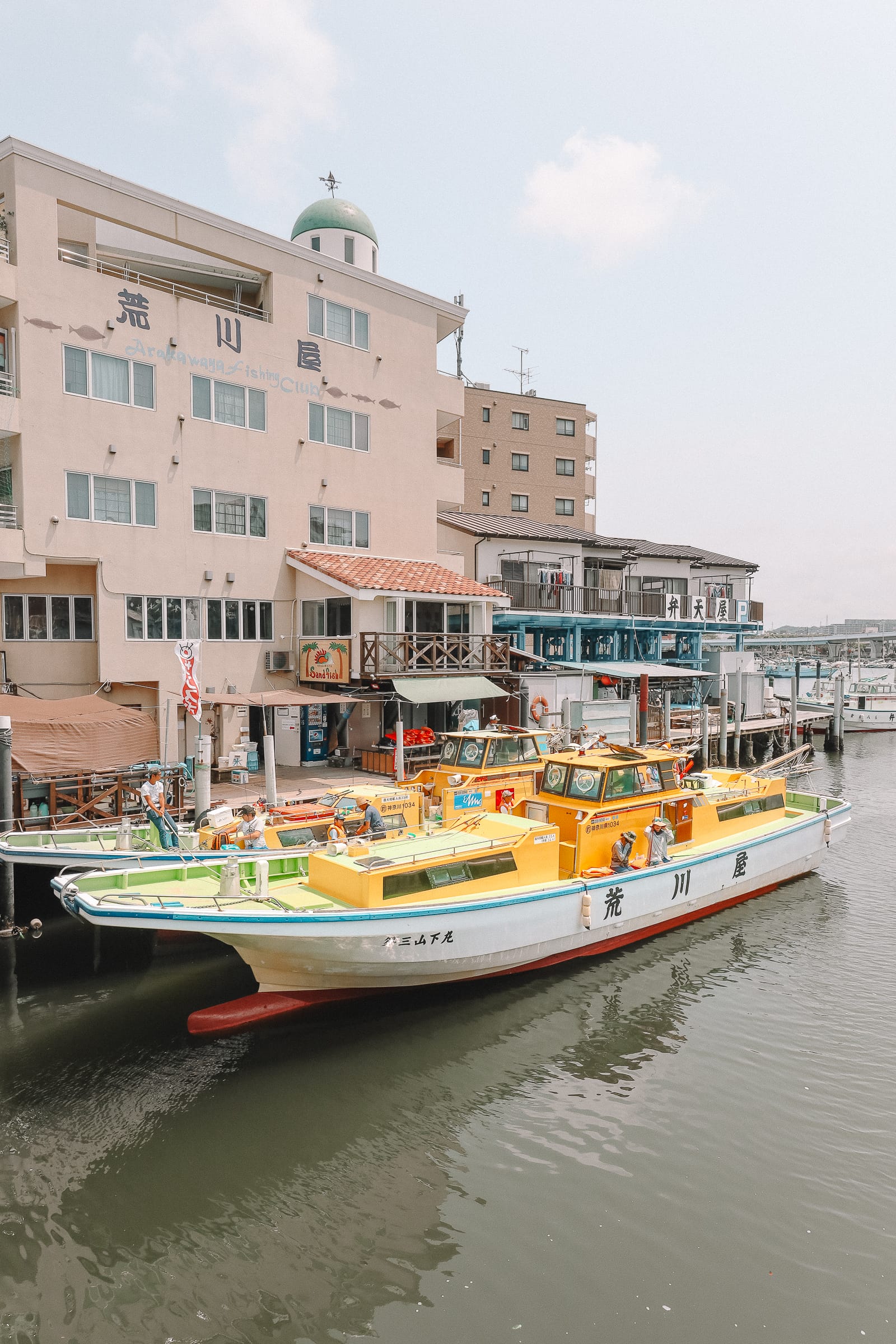 That being said, Yokohama is a totally different city in its own right and with a few free days, we thought it would be a great little stop before our flight back home.

With that in mind, we headed straight across to the Kanazawa Ward of Yokohama, which is a little less built up and more peaceful than smack-bang in the centre. After hopping off the train at Kanazawa-Bunko Station, we quickly dropped our bags off at our ryokan for the night and headed straight out to explore. 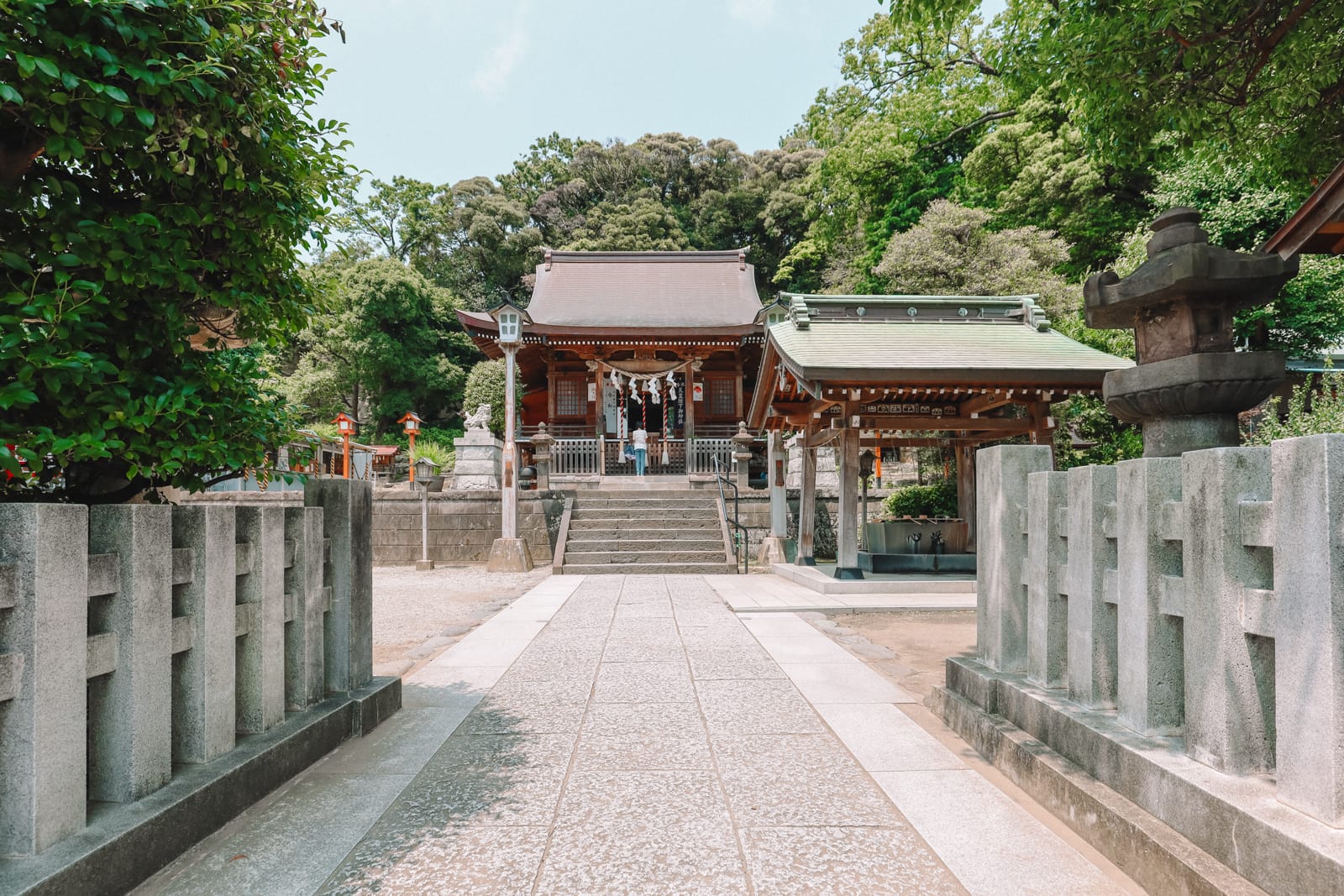 Our first stop was the pretty small (but beautiful) Seto Shrine that’s right next to Kanazawa-Hakkei Station. There’s just something about the historic shrines and temples that I love in Japan. I’m not sure if it’s the buildings or just the peacefulness of the places but they always seem to draw me. 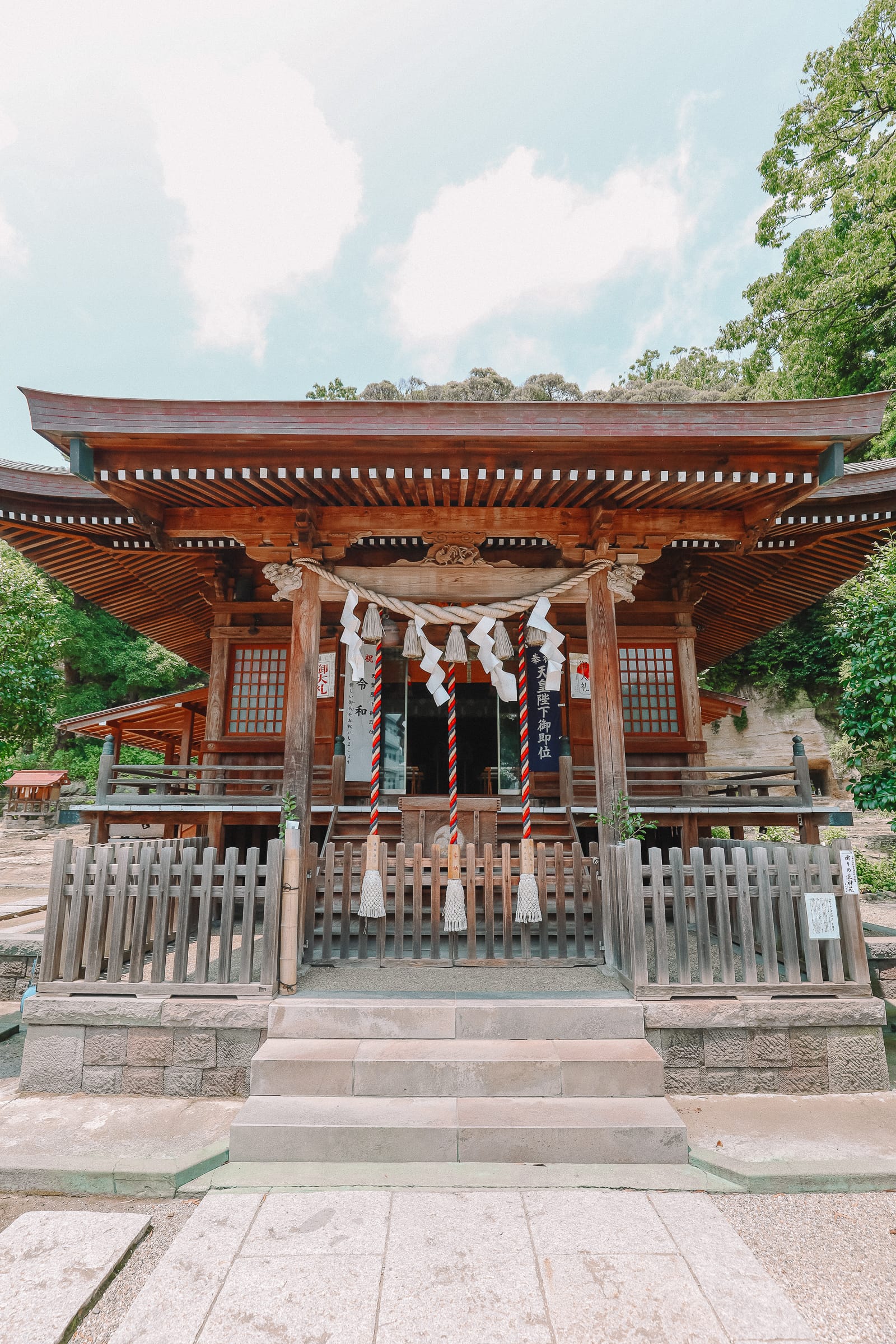 Now, the thing about the Seto Shrine in Yokohama is that it’s relatively small. Which, if I’m honest, was perfect for us and my tummy-rumbles had started for lunch. 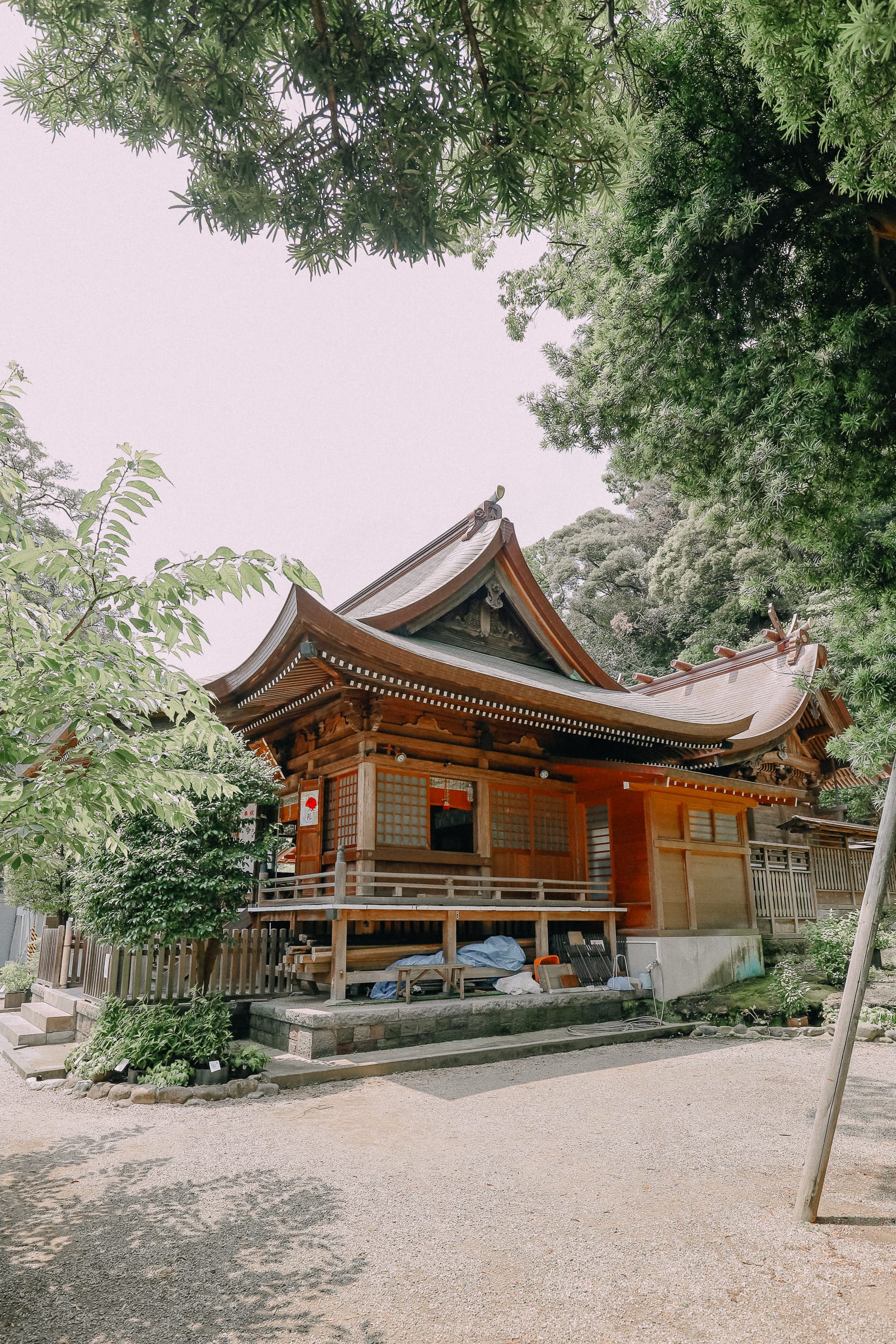 After wandering the grounds and exploring the buildings, we headed straight over to CoCo Ichibanya for Japanese curry.

To be honest, I’d never had Japanese curry before (well, except a Katsu Curry, I suppose) but as soon as we walked in, I knew we’d made the right choice. The smell was uh-mazing!

Truth be told, it wasn’t the fanciest or cool places to eat but what it lacked in flare, it certainly made up within the most amazing flavours.

As soon as we sat down, we ordered immediately. We both went for curry ramen (with different meats) and some gyozas on the side. Yeah… remember I said I was starving by this point!

Now, when we came around to order, we had a choice of spiciness for our curry. Being totally naive, I thought the curries might be quite creamy (no idea why I thought this, by the way). How wrong I was!

We both ended up going for the hottest spice possible and honestly, I thought I was going to faint! It was so spicy, so delicious and I was so hungry that I was almost delirious after slurping up all the noodles.

Even with the air conditioning, I was sweating. Ha! 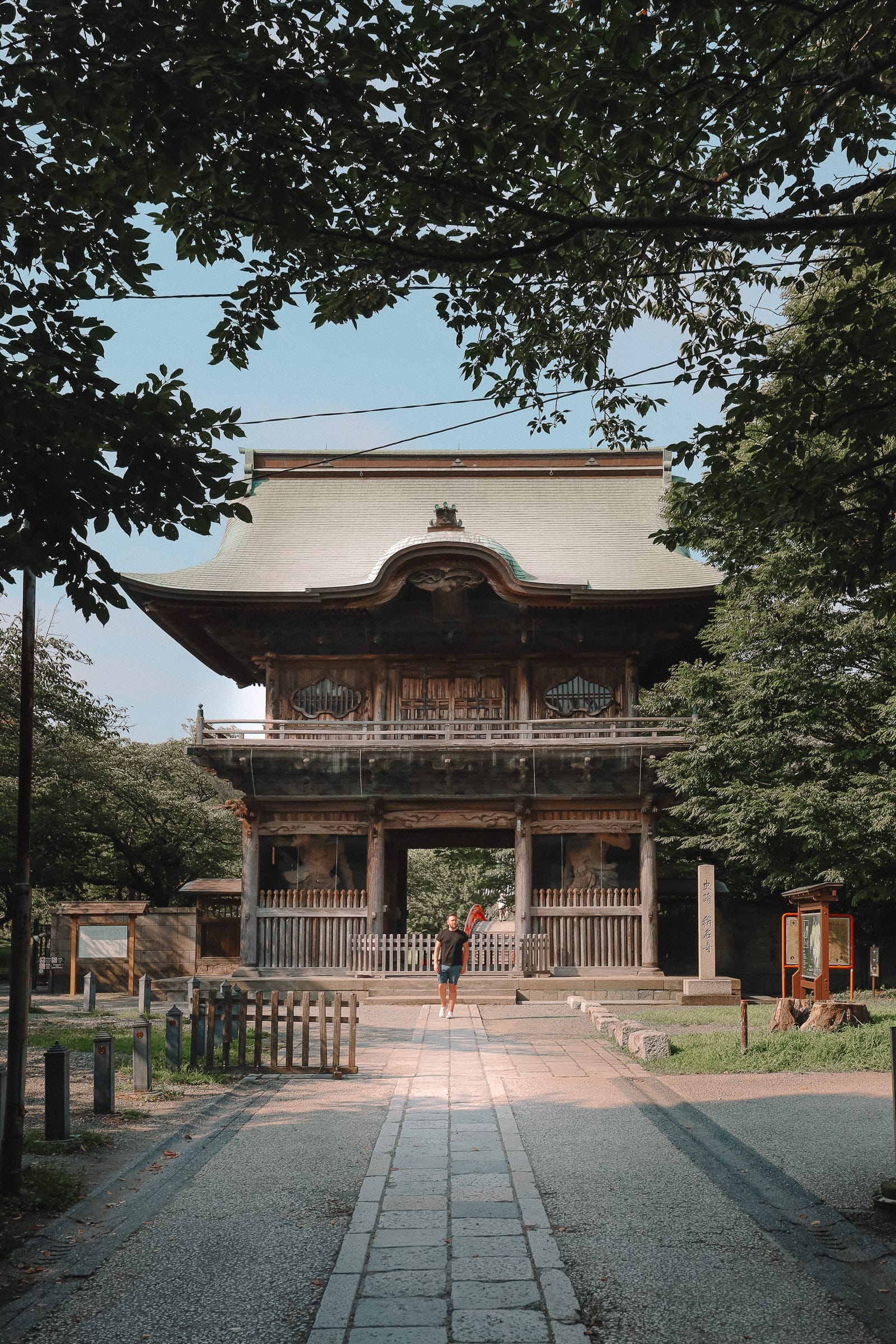 After getting all fired up with the curry, we decided to cool down and see the Shomyoji, a Buddhist temple that was a few minutes walk from our ryokan. 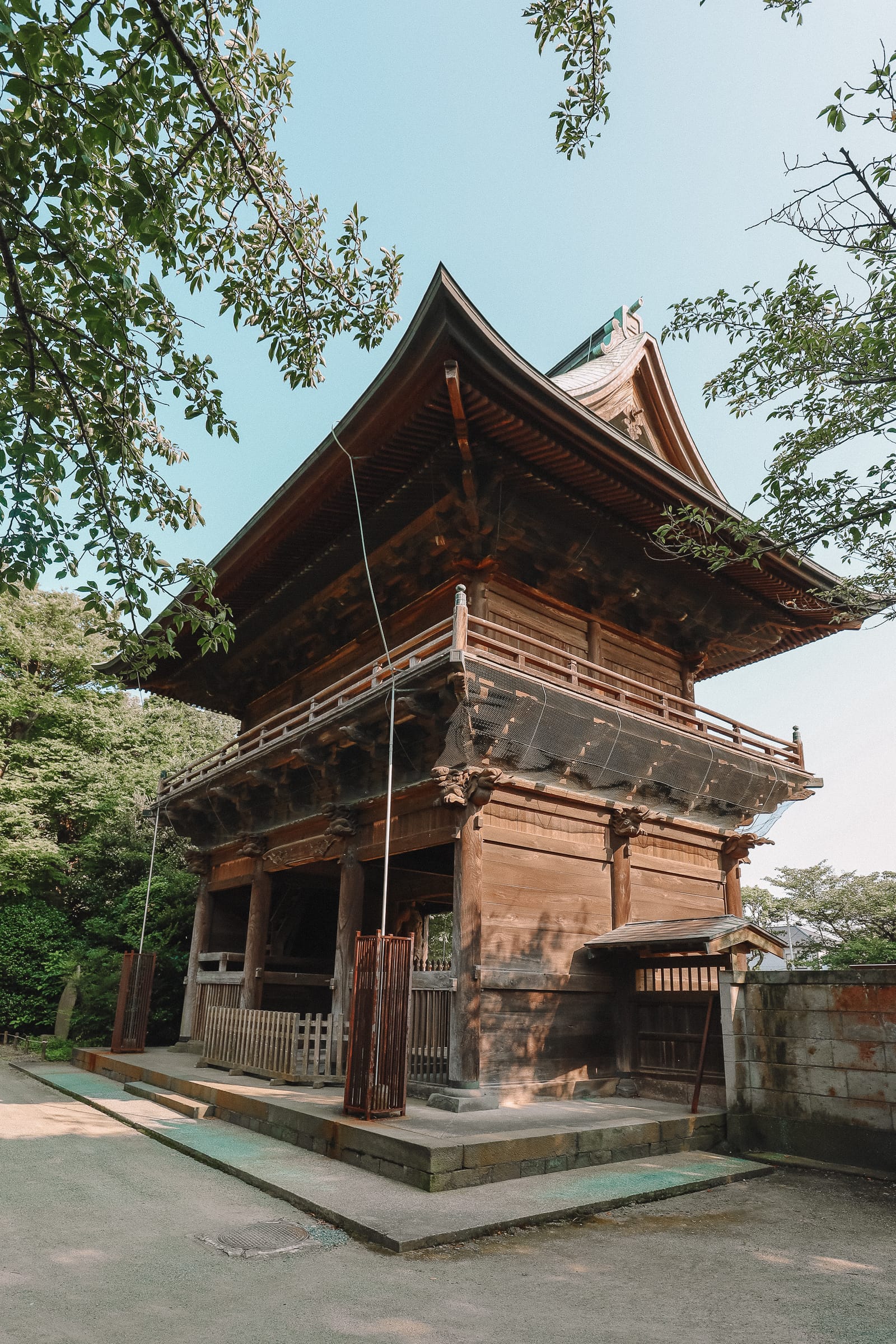 Interestingly, as we entered through the main Niōmon gate, we passed by the two temple guardians (Niō) that protect most temples in Japan, I’d seen them in other temples before, but never really paid too much attention or had them explaining to me.

First of all, yeah, they are pretty scary looking and usually quite overpowering watching as you walk in. That being said, there’s nothing to fear. The reason why they look so scary is that they’re present to fight off evil and represent the birth and death of all things. 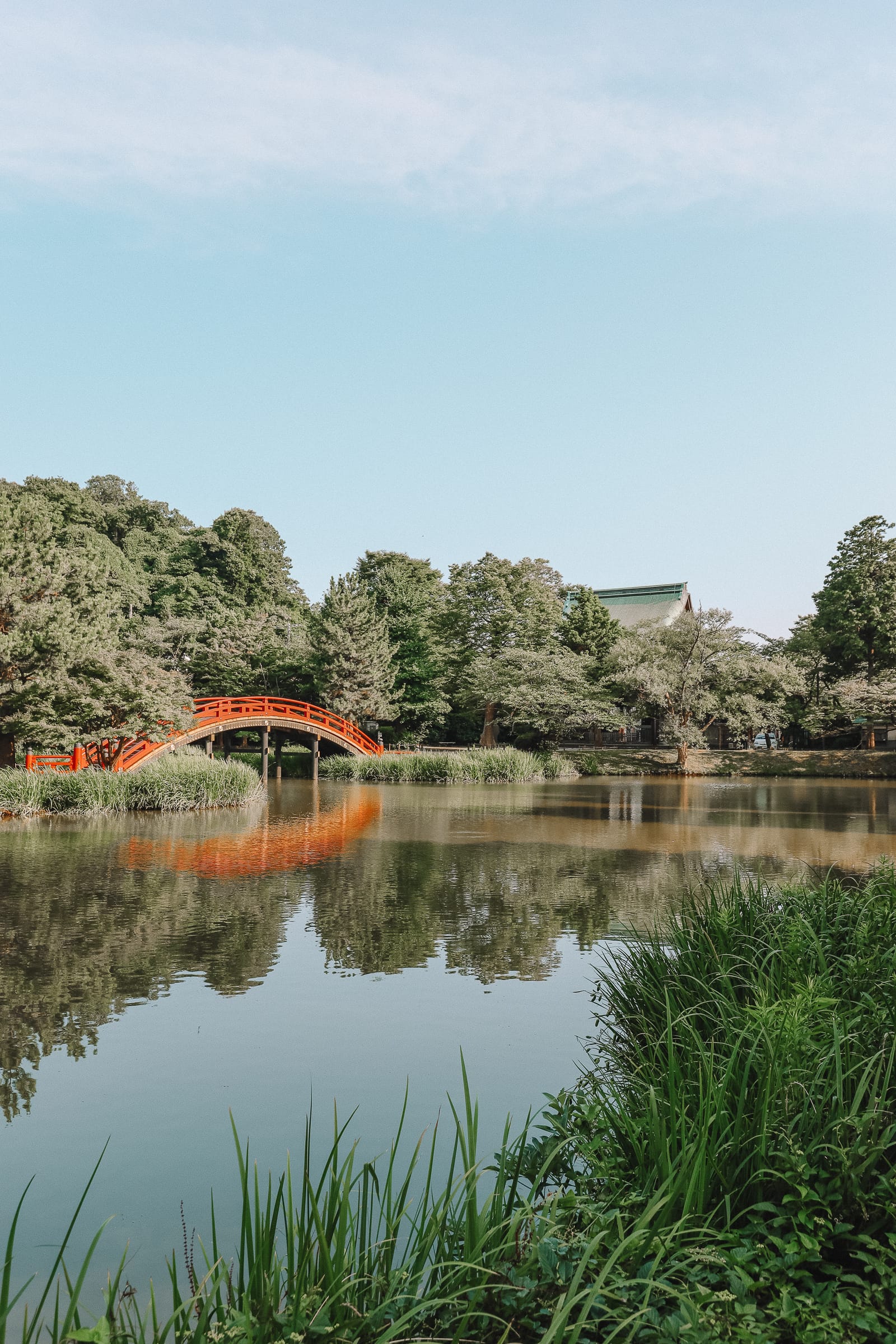 After passing the statues, we made it straight over to the  Jodo style garden and Aji pond that separates the gate from the temple itself. 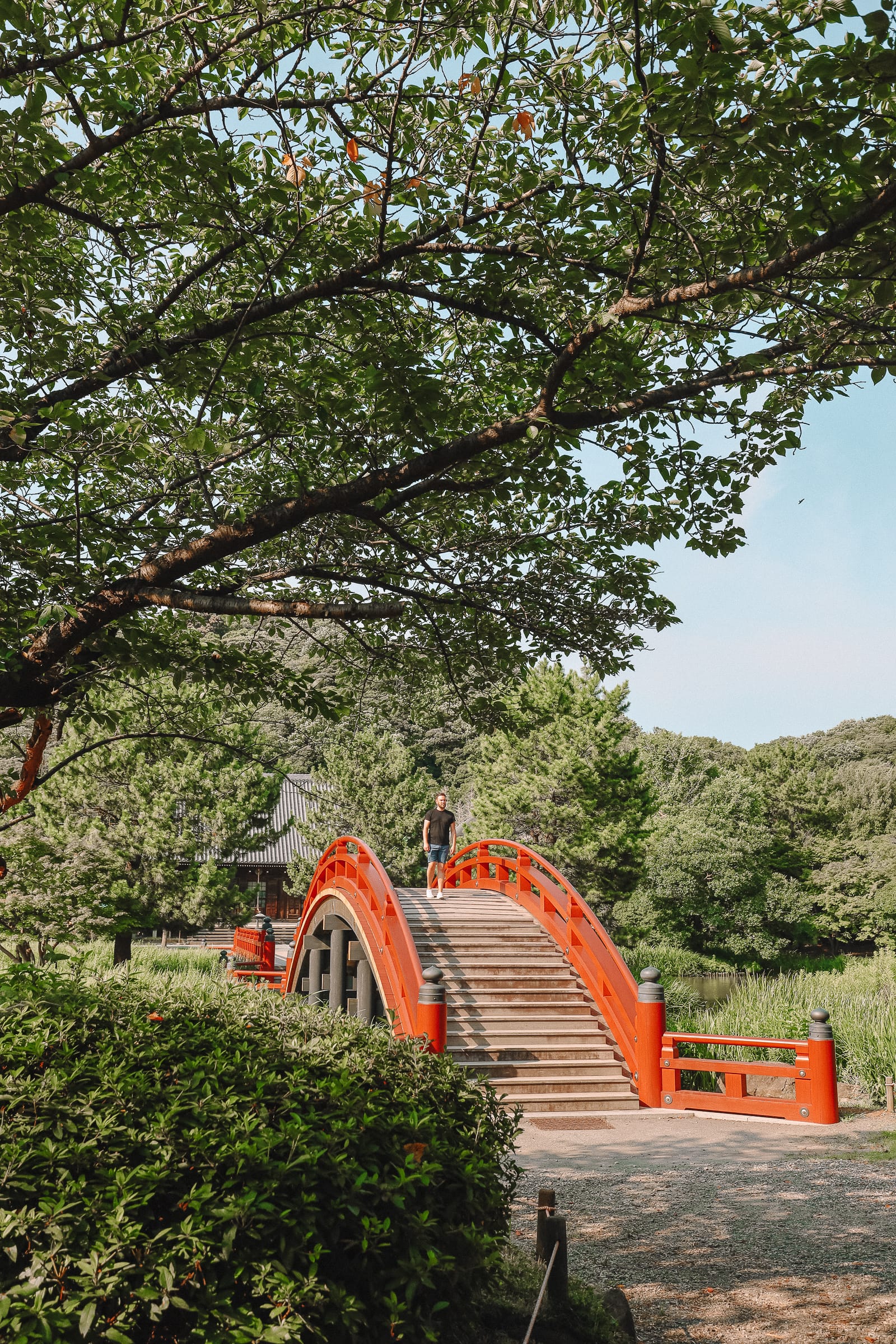 The grounds were stunning and it was so peaceful and quiet. 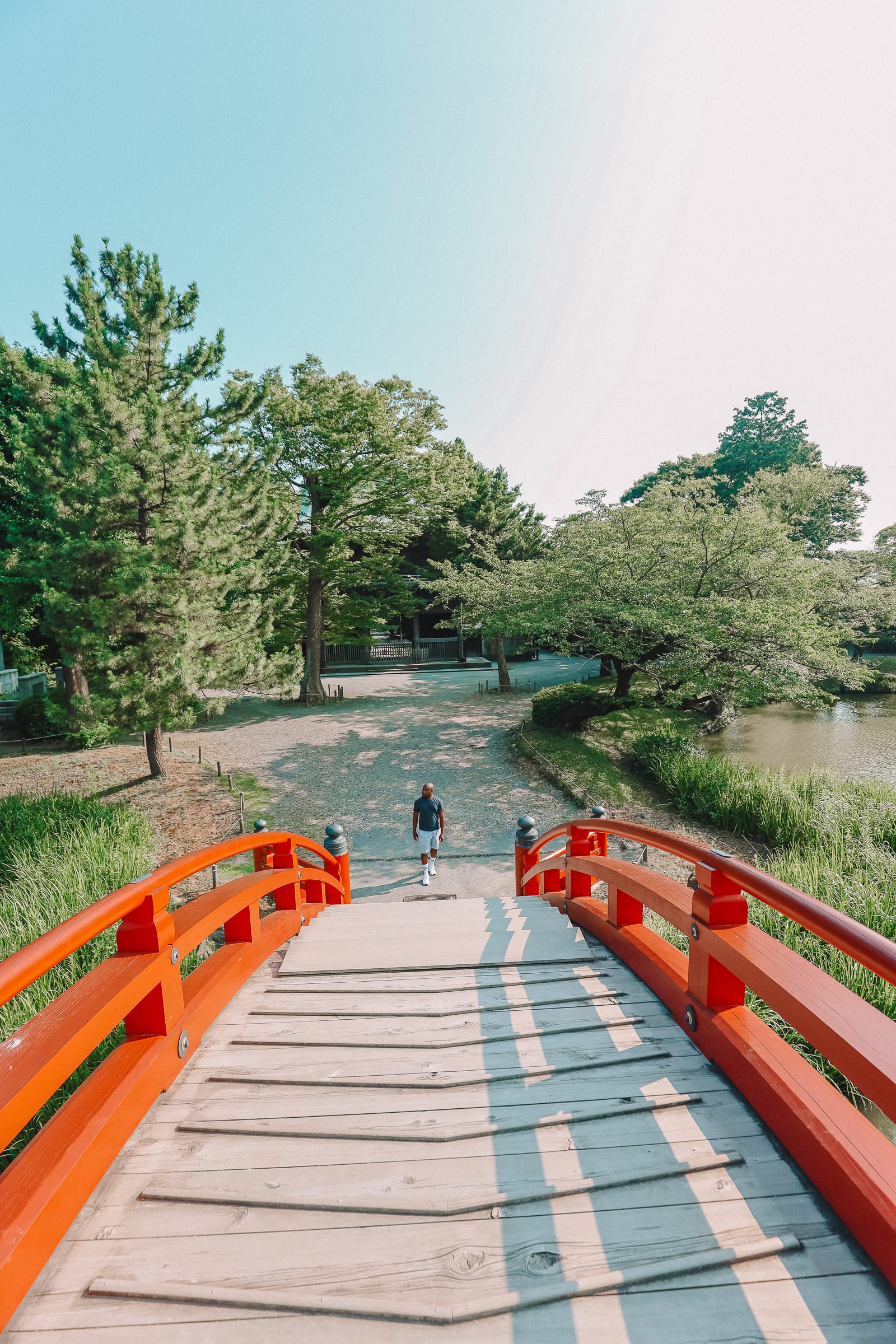 Though, as we passed over the bridge, we saw a hoard of terrapins swimming around us. Within only a few seconds, they were following us wherever we went across the bridges. So much so that I kind of felt like the Pied Piper of terrapins by the time we crossed to the temple! 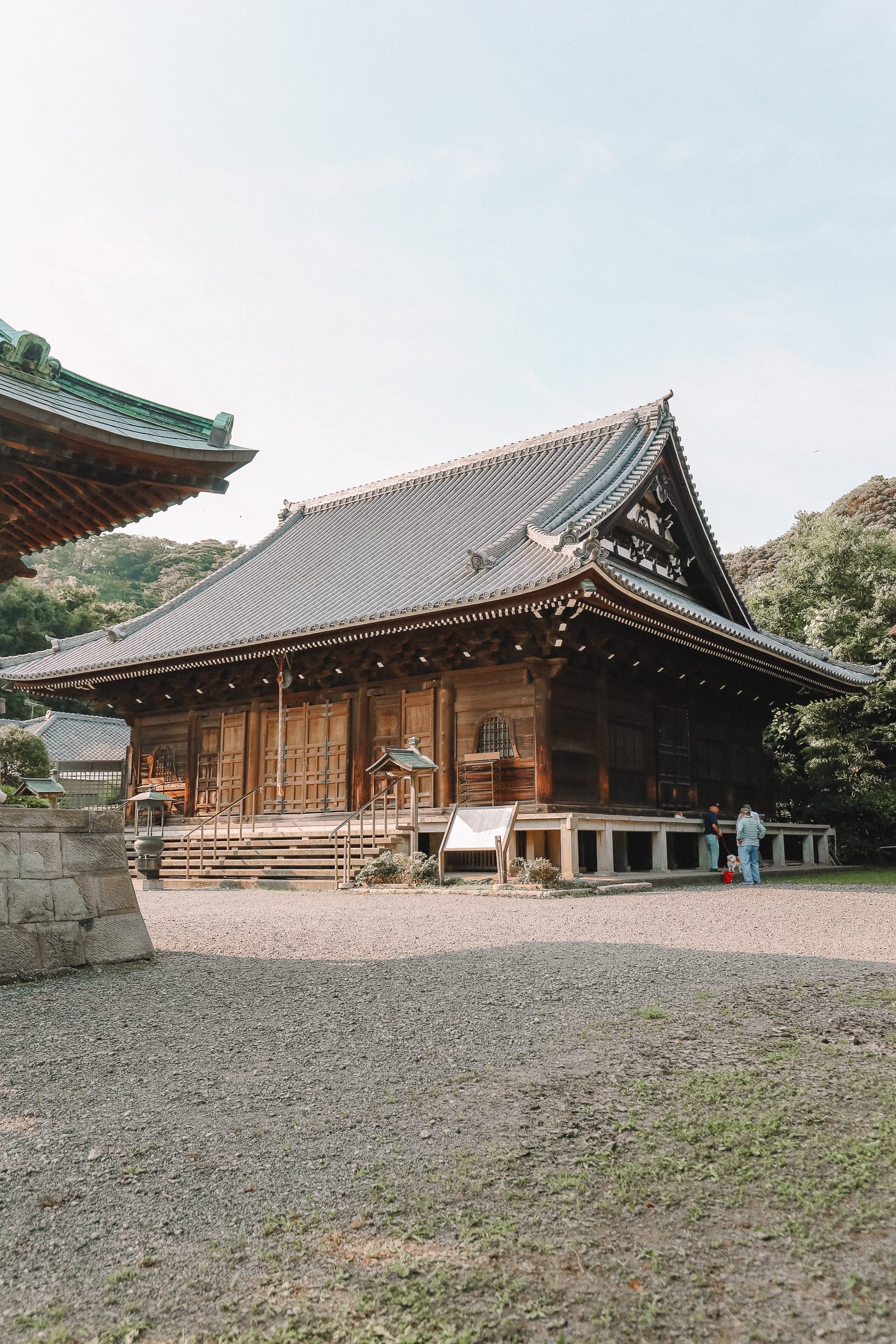 After giving the terrapins the could-shoulder (apparently, they nip so didn’t want to get too close), we headed straight to the temple that was created during the Kamakura period in Japan. 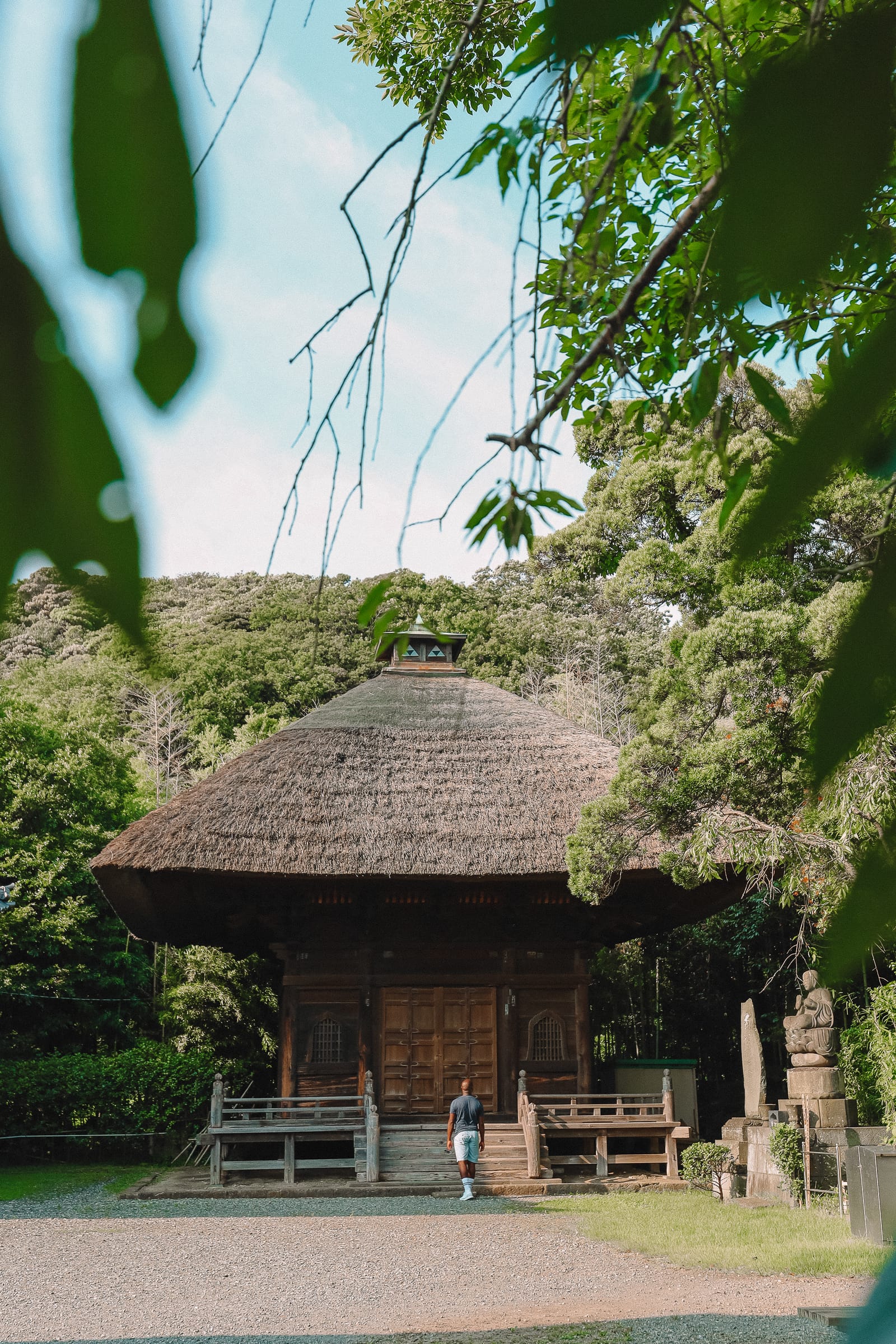 With hundreds of years of history, we took a moment to just soak it all in. 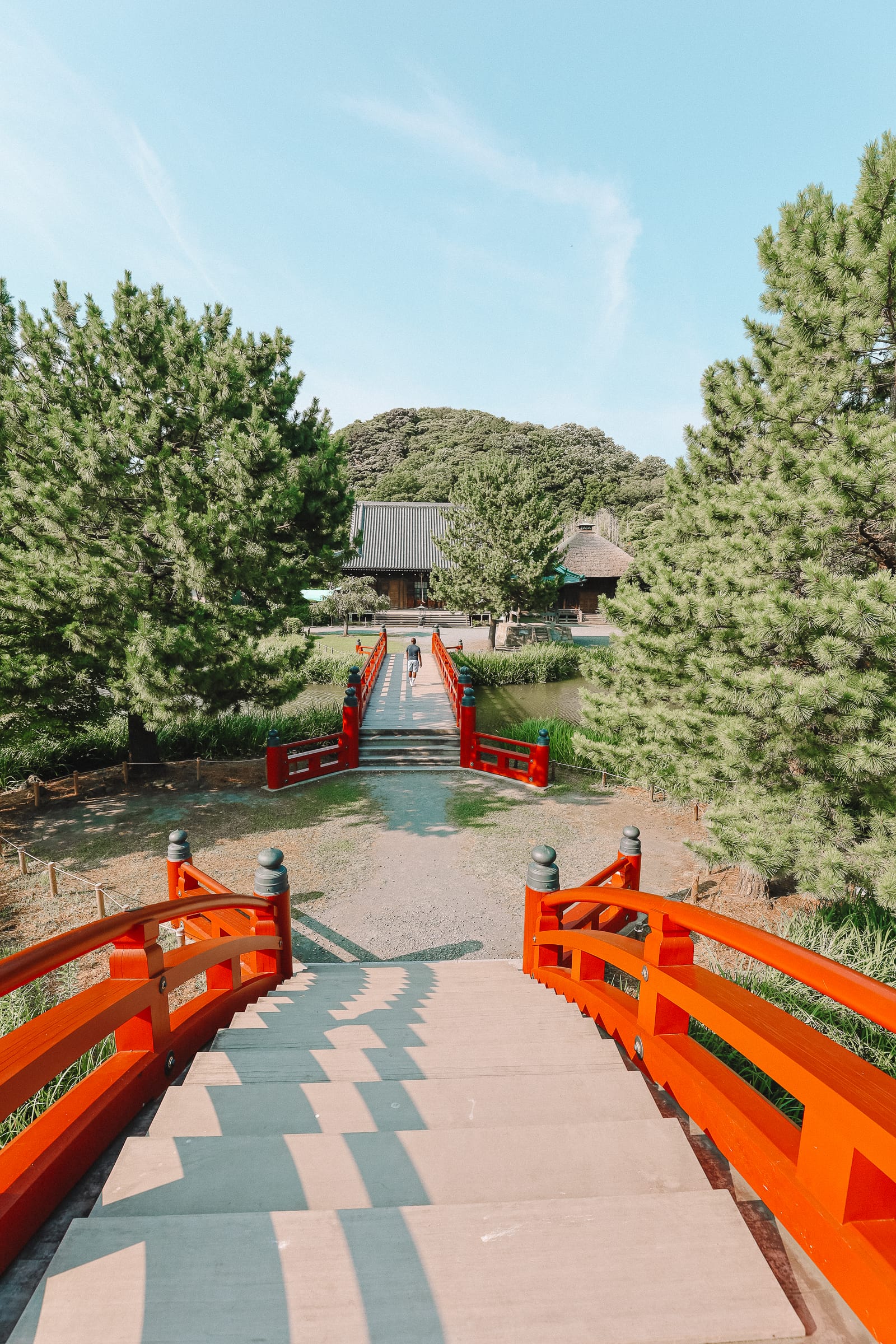 I think, in all, we must have stayed an hour here just enjoying the tranquillity. Sounds pretty cheesy, I know but it really did feel blissful when we were there.

In no time at all, we realised that the temple grounds would be closing and we had to hotfoot it out of the gardens as not to get locked in. 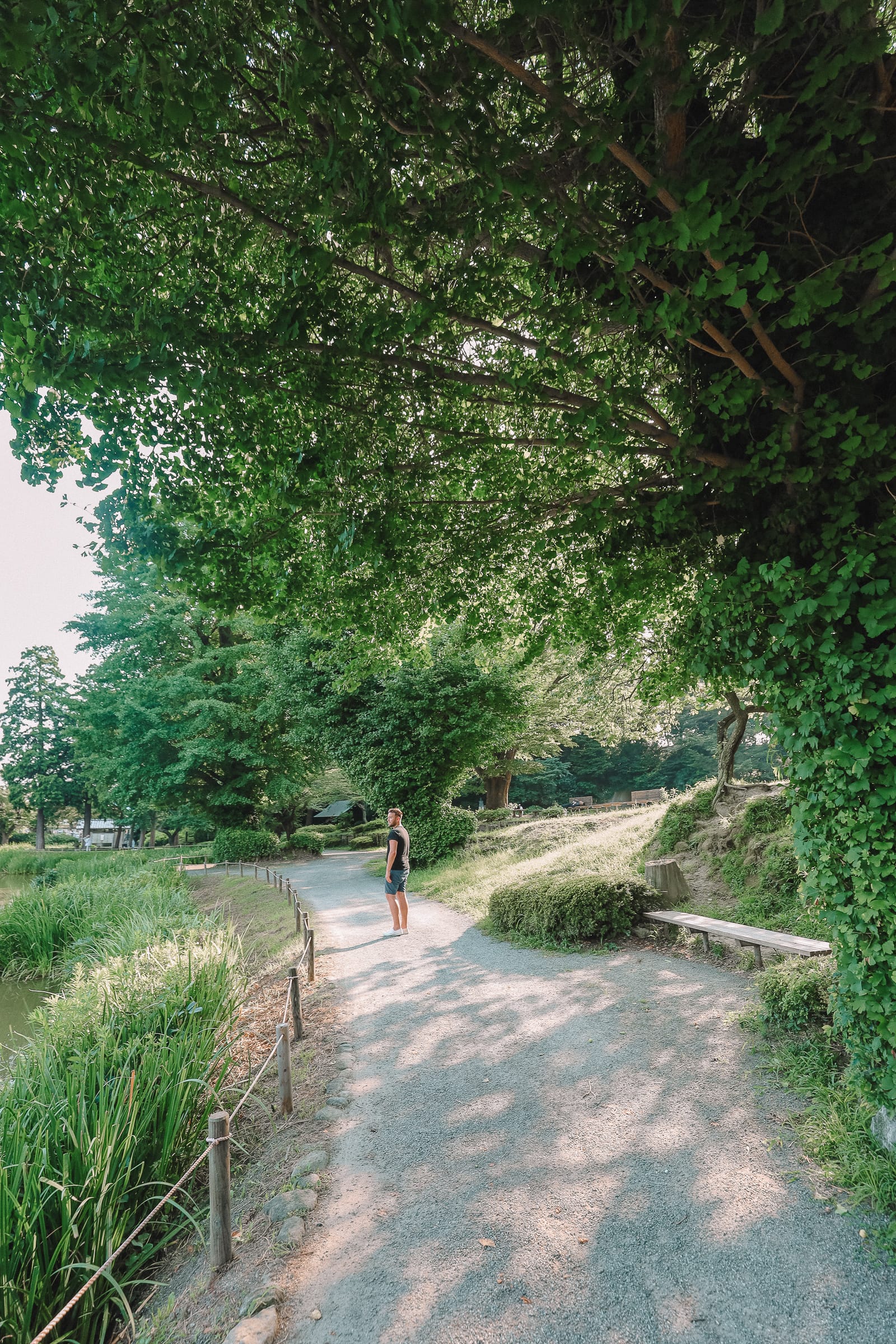 Thankfully, we made it plenty of time to spare and decided to stroll back over to our Ryokan to check in and call it a night. 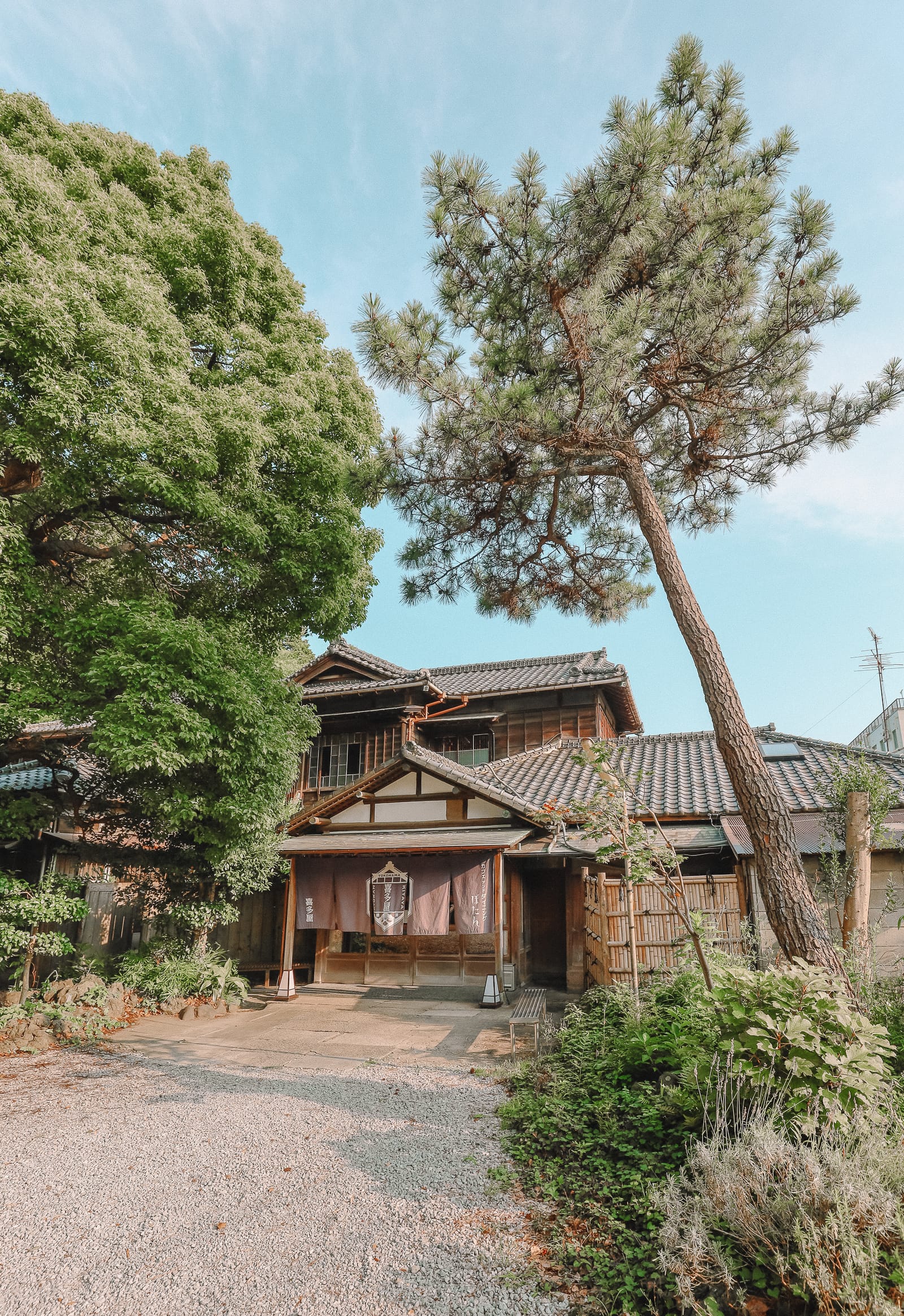 Now, Kitaya Ryokan was quite a special little place and although not quite as luxurious as the ryokan we stayed in Hakusan City, it certainly made up for this with character. 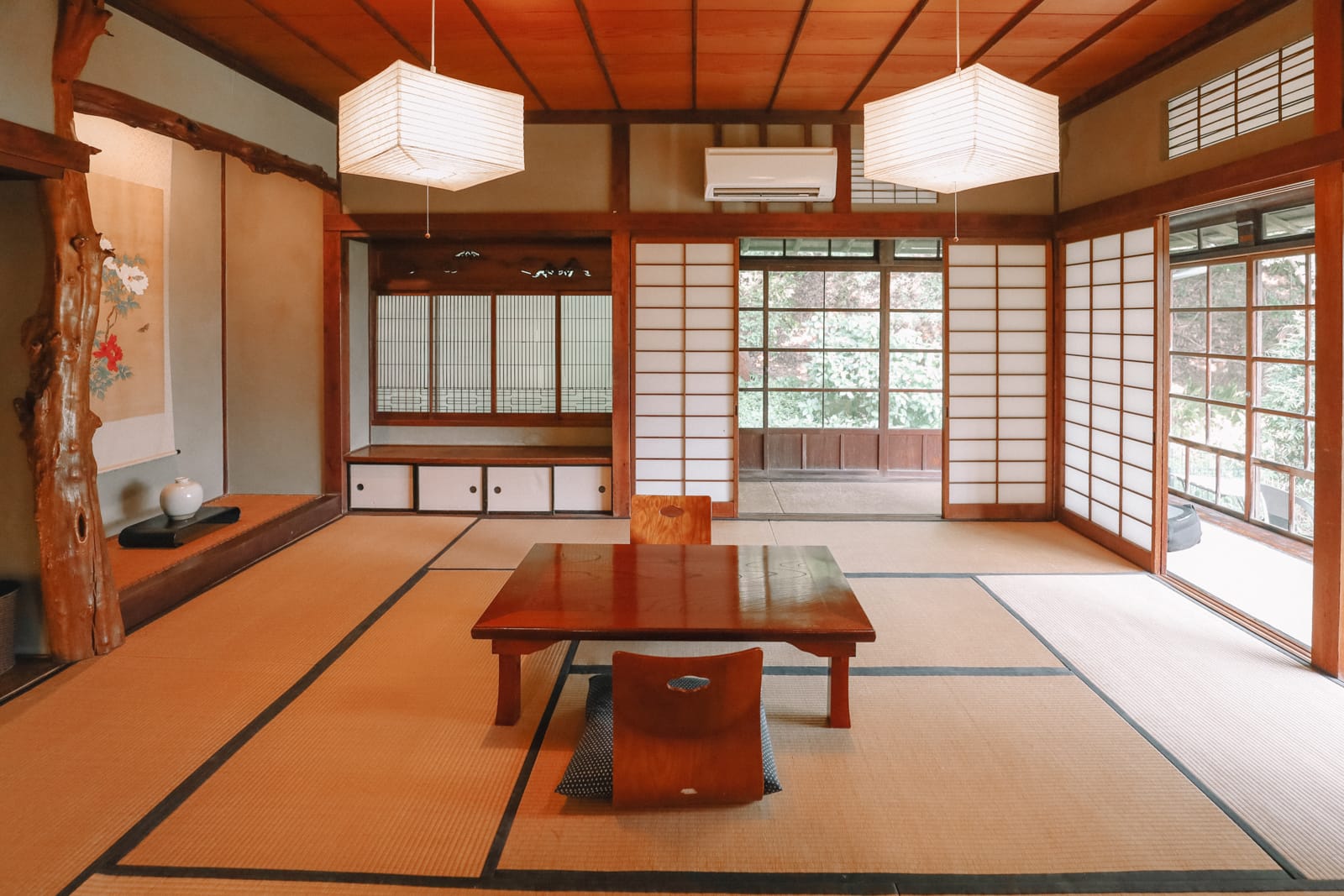 You see, the building itself is a few centuries old, but it was never in Yokohama at all. In fact, it was nestled in the busy streets of Tokyo.

The being said, almost 90 years ago, the building was moved and relocated to the peaceful fringes of Yokohama itself. Even better, the Japanese Government have now gone ahead and registered the whole property as a tangible culture property for protection. And you know what, it’s easy to see why.

The whole ryokan almost feels like a step back in time. As if, you’ve headed back to 19th Century Japan without any modern-day distractions. Well, except wifi (obviously).

The room was gorgeous and, as you expect with a ryokan, the bed was to be made up later in the evening. After a little relaxation, some green tea whilst watching the sunset from our room, we decided to call it a night and just chill. 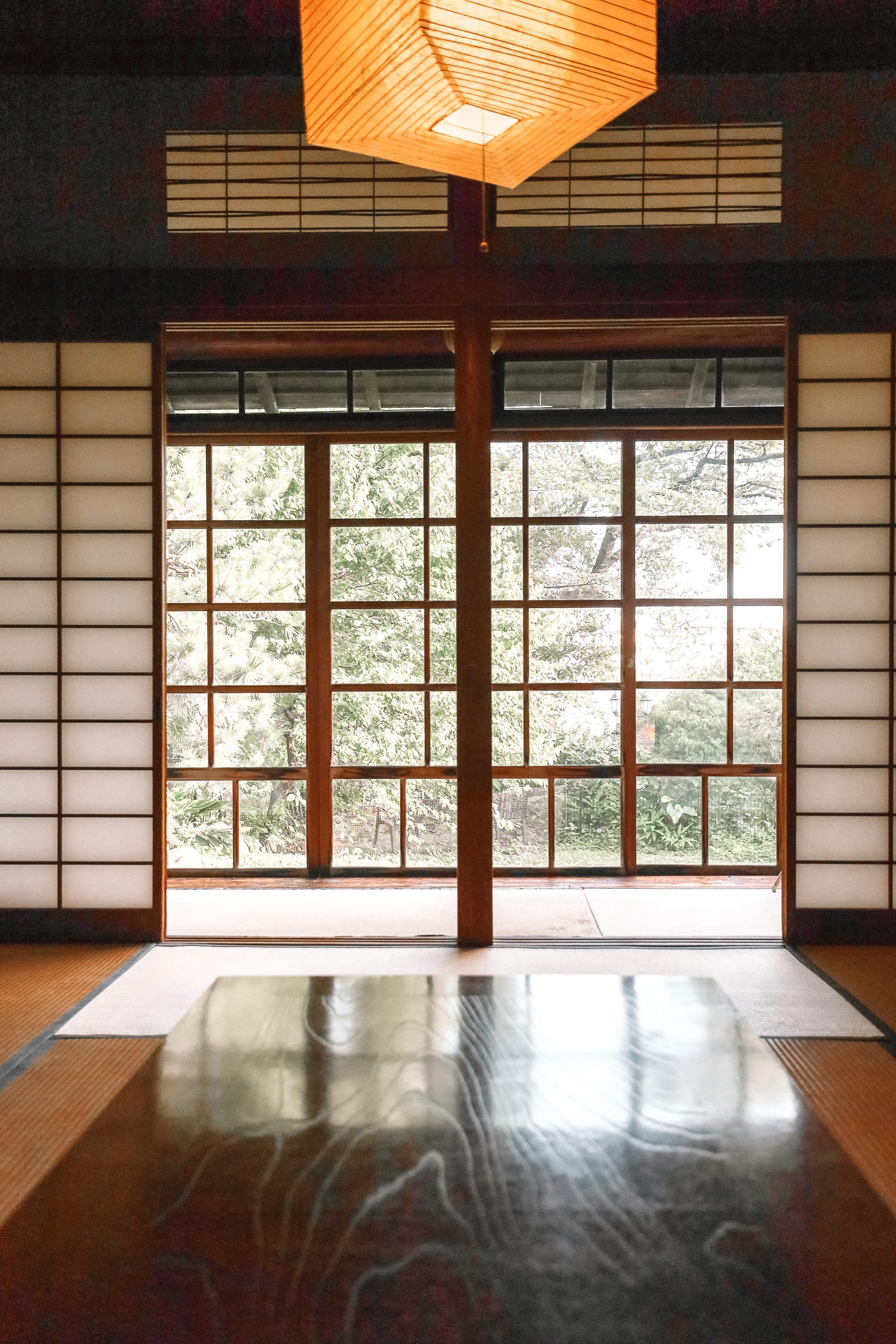 It had been a perfectly relaxing day, all topped off with a traditional ryokan stay.

Visiting The Geisha District And Kaiseki Dining In Kanazawa – Japan 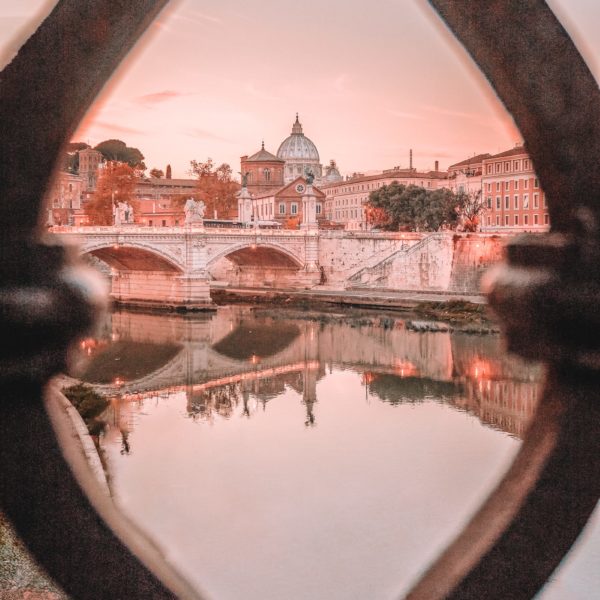 Why You Need To Visit Mercato Centrale Roma – Rome 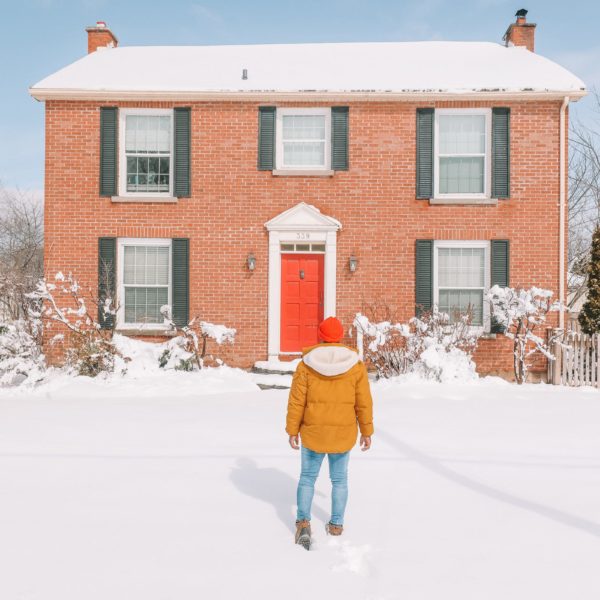 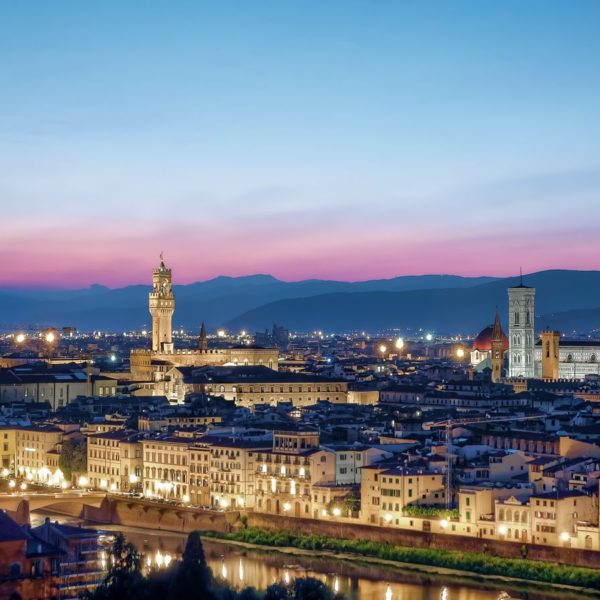